META-Project, a Beijing based research-design studio completed a renovation for VANKE China that infused new life into the dilapidated water tower in an exquisite way. 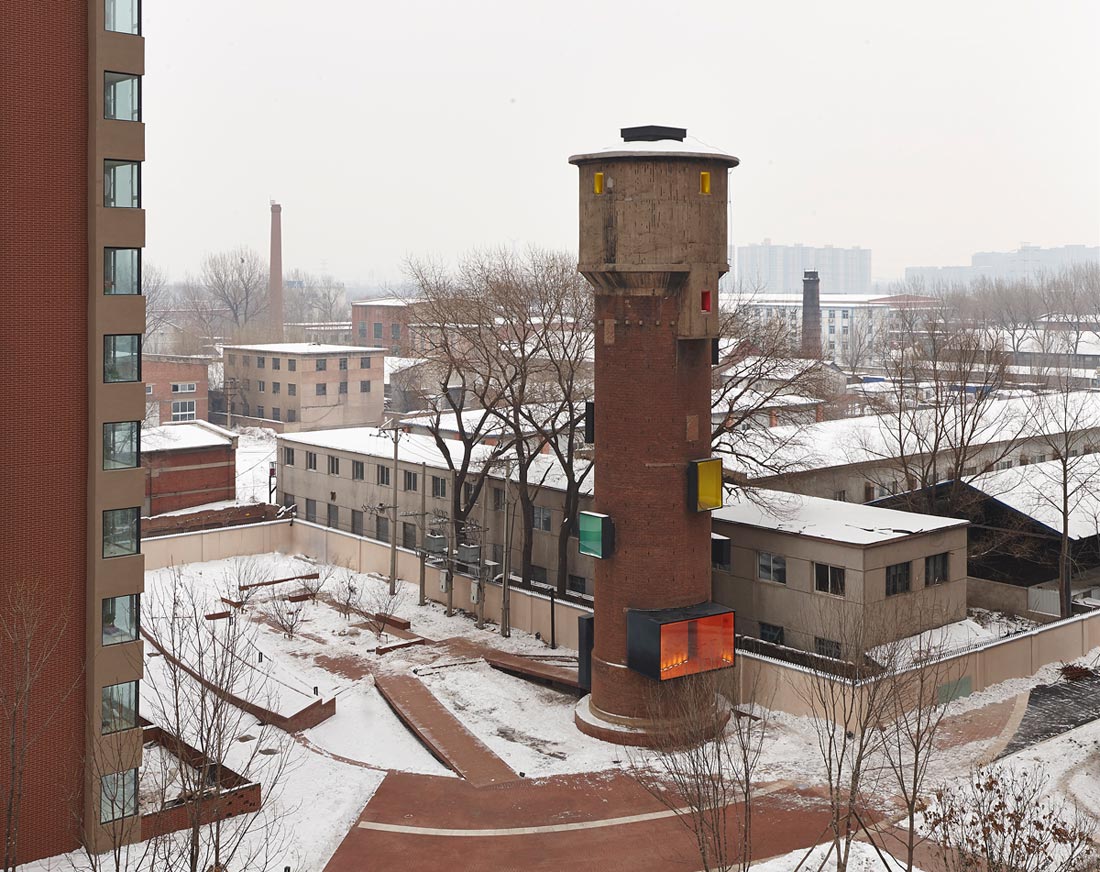 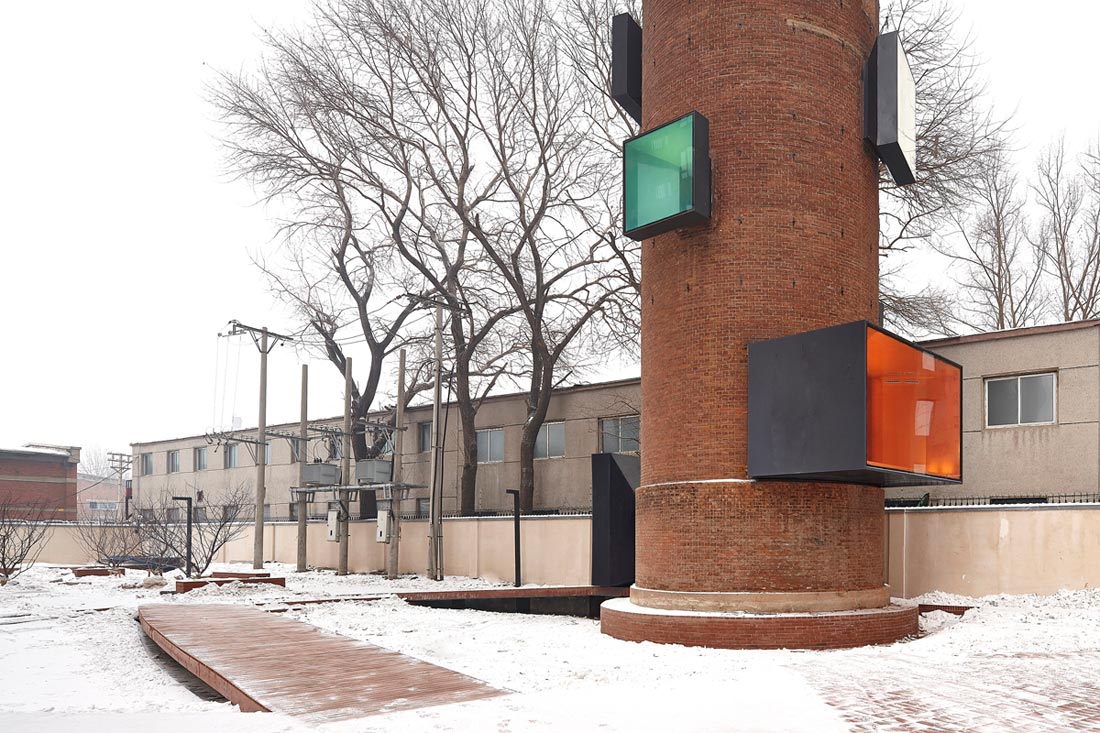 This water tower is located in the campus of a run down military factory, formerly known as the People’s Liberation Army No.1102 Factory, founded in 1959 during the Great Leap Forward. As used to be one of the most important heavy industrial production bases of China, the Tiexi District in Shen Yang is now full of miscellaneous industrial relics from that period of time. Water towers scattered around the city became the unique symbols of the history of industrialization in this area, marking vaguely the anchor points in the ever-shifting reality. Since 2010, the transformation around this water tower began. VANKE China acquired the campus of the factory and initiated the Blue Mountains residential complex project. Along with the decisive construction of the surrounding cities, the water tower was well preserved – as the fragmented memory of the history of industrialization, and was expected to provide certain public function in the future. 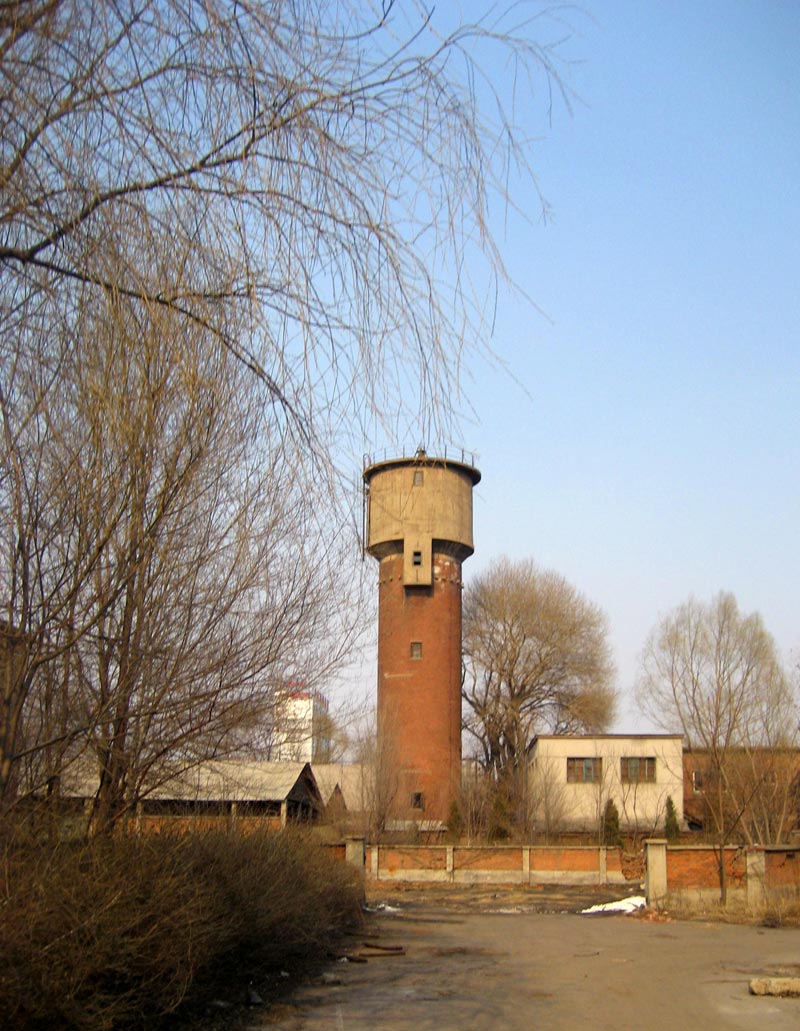 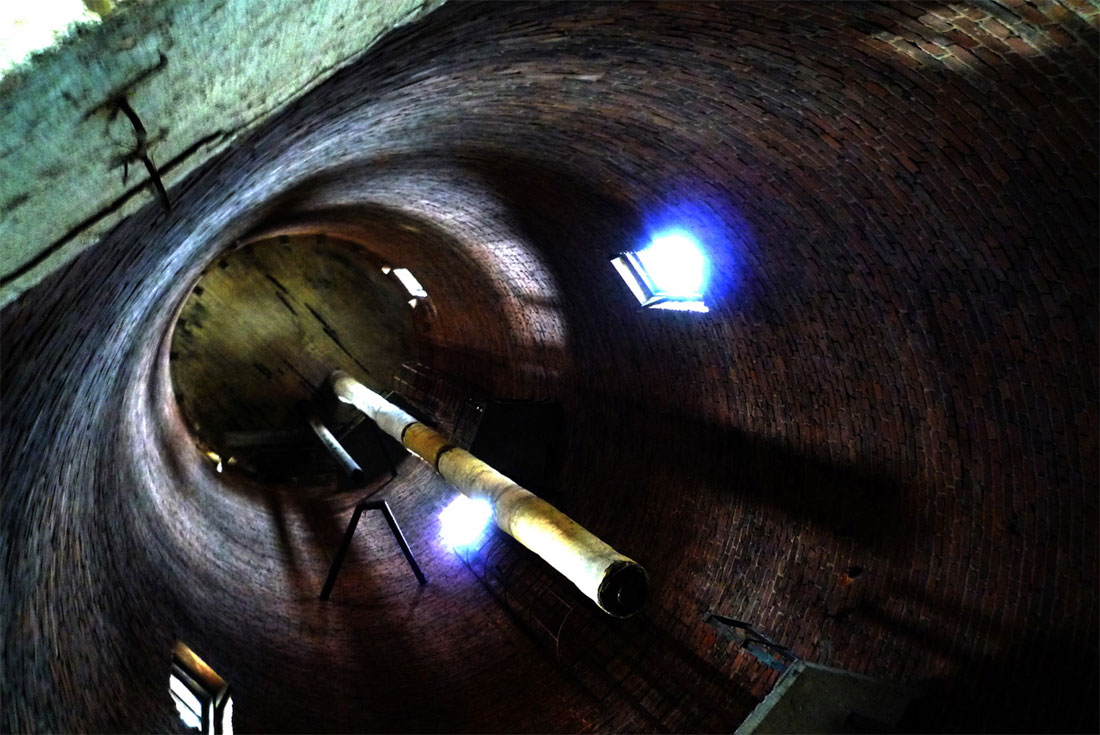 For META-Project, the water tower, which is re-interpreted as a “Public Folly”, has provided deliberate clues: spatially, it is situated on the edge in-between the inherited industrial fabric of Tiexi District and an upcoming residential complex development; temporally, it is sitting on the dividing line, where Tiexi has deviated from the industrial past and accelerating towards a different future. Setting off from the precise positioning with the context, both physical and historical, we started to unfold the concept of the renovation along the continuation of space-time, instead of taking it as an isolated event. The renovated water tower, or the “water tower pavilion”, on the outside forms an artistic intervention in the urban landscape, and on the inside it offers a space for public activities for the surrounding communities, and even above the mundane usage, it could became a place for some sort of public spiritualization. 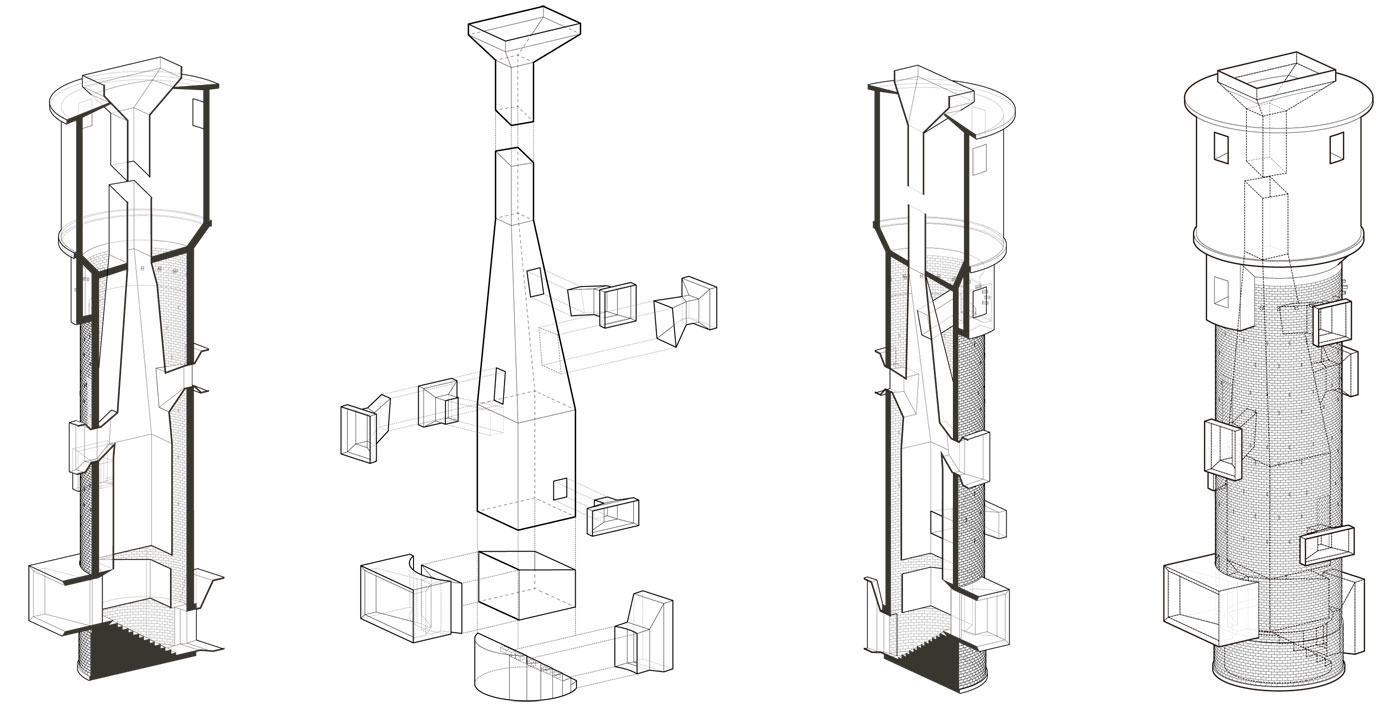 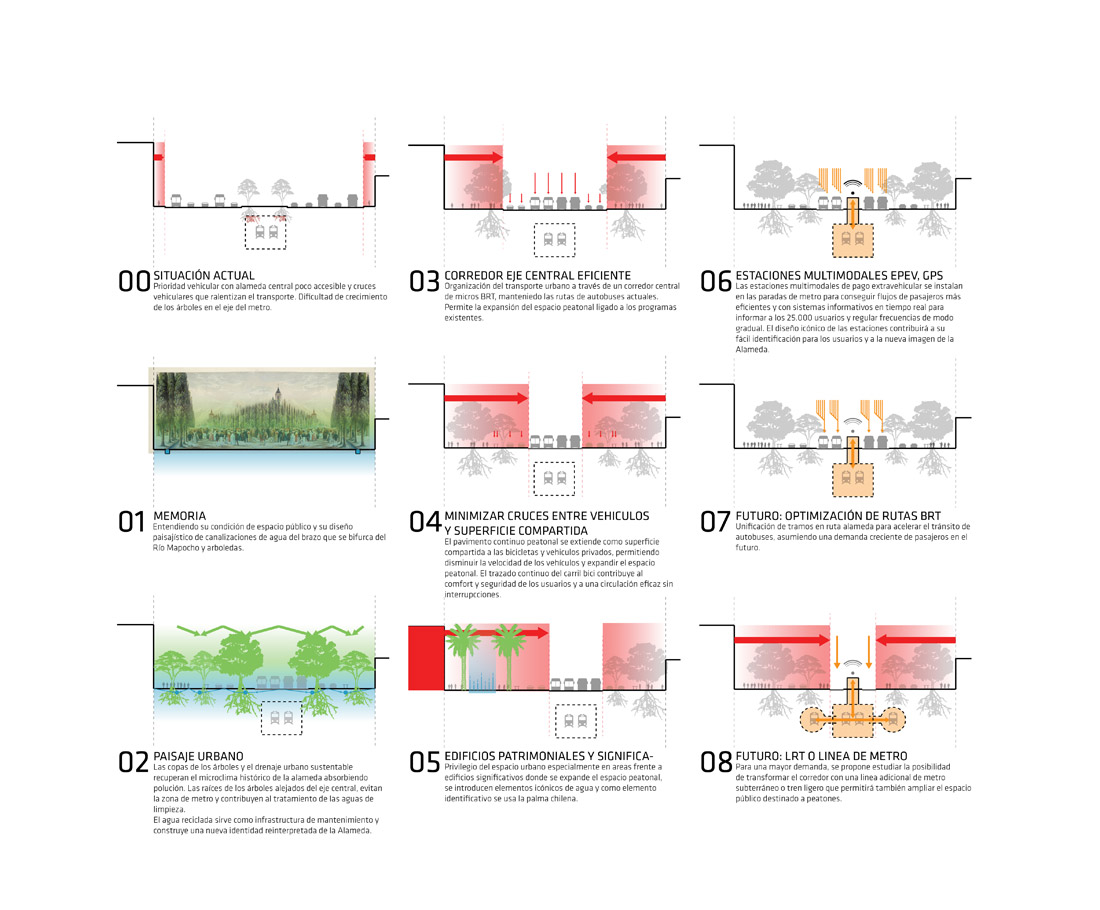 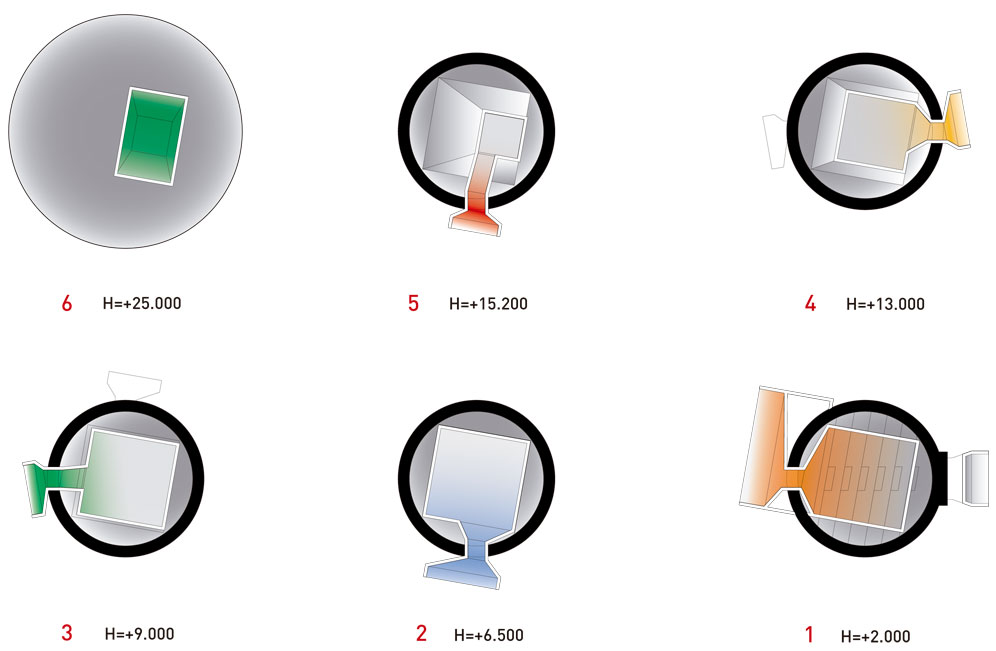 The cautions with which specific renovation measurements are made demonstrate circumspection. They are being examined on how to embed a new reality in a historical sample: it is not one that can be easily dismissed as conservative, and neither a jubilant welcoming of the new globalizing reality. The tower is specifically adapted to a local context, yet without turning into a pure replica of that context. On one hand, we want to keep the original water tower intact, only allowing necessary structural reinforcement and minor treatment on the existing window openings; on the other hand, the new installation – quite an exquisite device – was inserted into the interior tunnel of the tower. Two end-to-end funnels form the main part of the installation. While the smaller funnel on the top gathering daylight, the bigger one shapes the space in the middle with a seemingly endless depth, and is linked to many camera-lens-like window frames, which grow out of the tower body from every possible opening. On the bottom of the tower, theater steps are made to link the entrance and the view platform, which will become a “mini-theater” providing space for activities or projection for the local public. From there, the water tower becomes a simple sensory device of the external world, an ear, or a viewfinder… 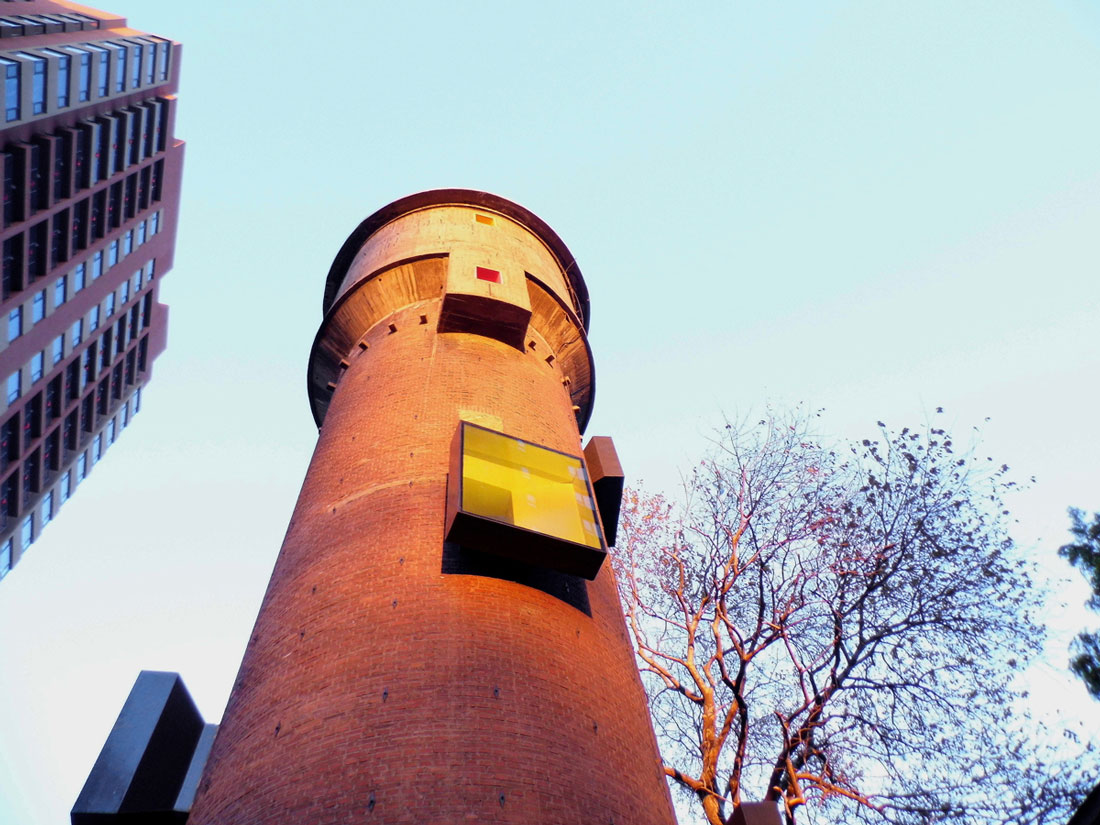 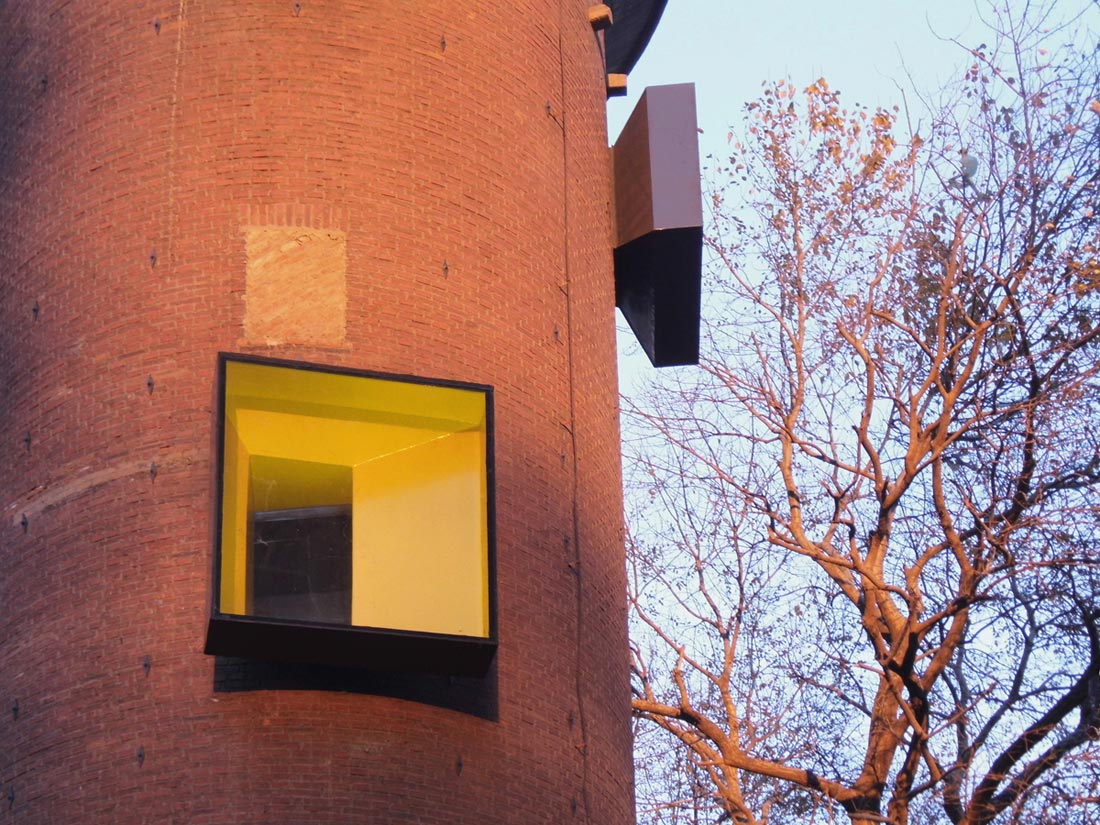 The installation represents the new reality with steel and glass. Clear geometries as well as vibrant colors are implemented so as to make a strong tension with the old brick wall of the tower. Every night, as the heavy water tower gradually faded in the darkness, the bright light boxes will become distinct signals floating in the air. Symbolizing a quest to seek out the hidden corner of the history and archetypes of architecture. Through renovation of the water tower, META-Project posts the question again on how to look at the history and how to understand the changing reality? 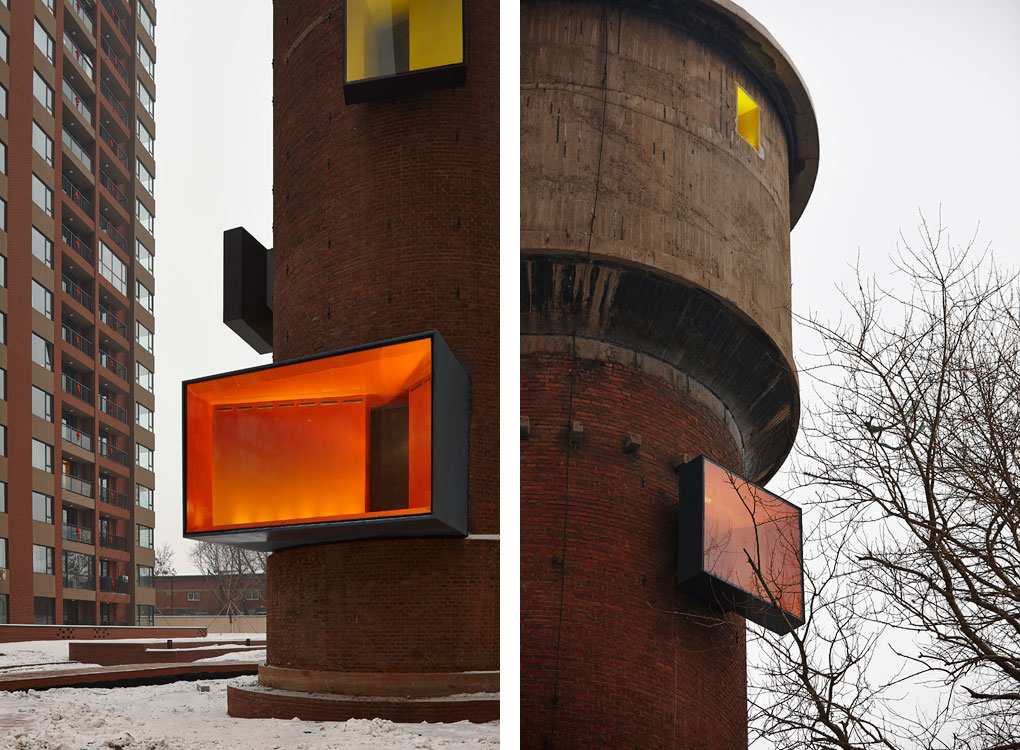 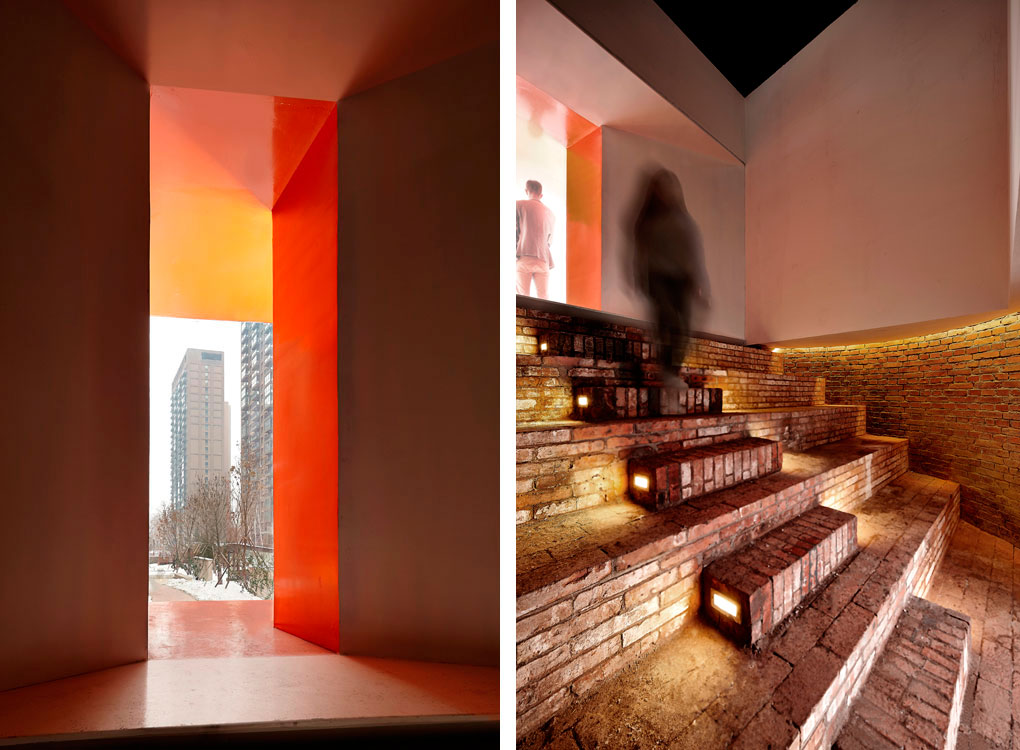 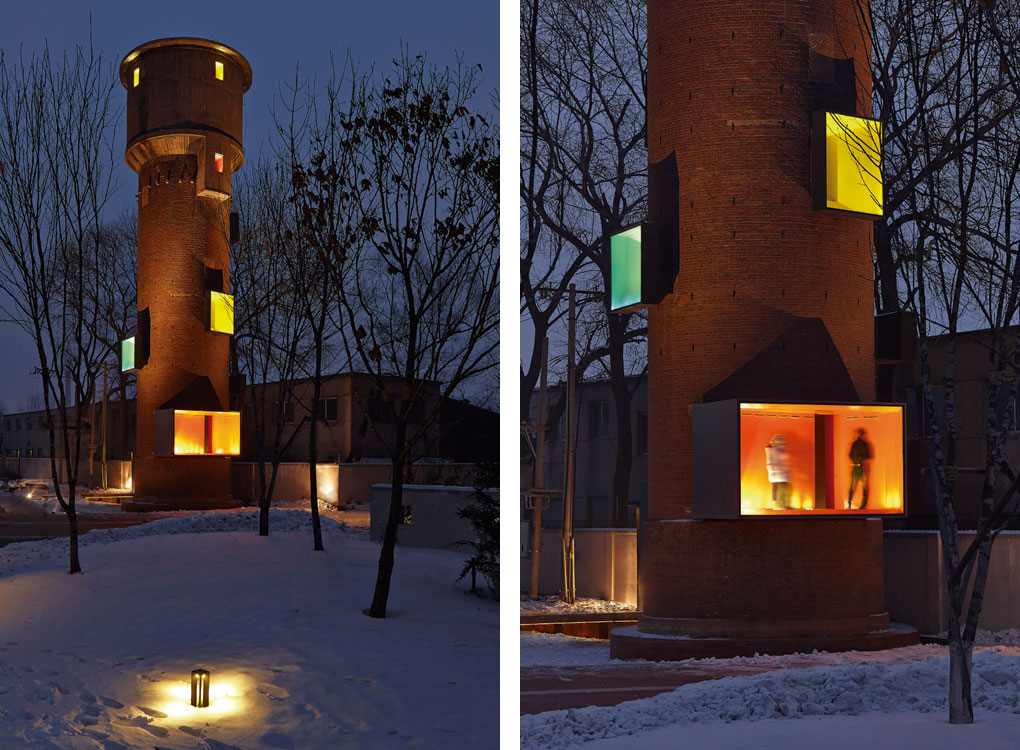