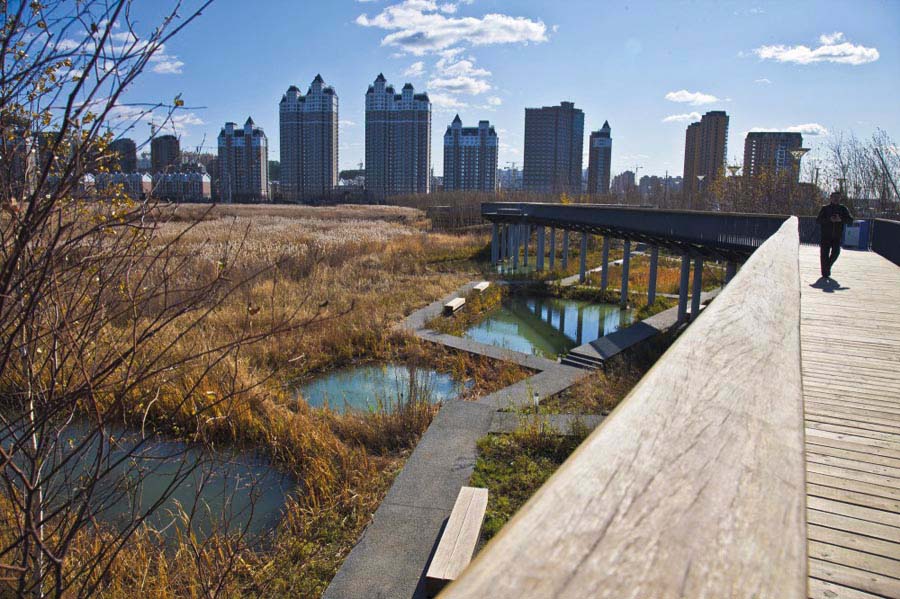 A selection of landscape projects from the 21st Century. Regeneration, integration and new challenges in contemporary public space.

At present, the global landscape is unifying regions through new ecological, cultural and political networks, especially in the wake of recent changes in economic systems. At the beginning of what seems like the era of biofuels, territory is acquiring a new connotation of power; at the same time, the boom in ecologically sensitive programs is bringing public space for the future into the center of debate. When facing this dilemma, contemporary landscaping teams are challenged to establish new frameworks to mediate between the idea of preservation and radical changes in the environment. Our current designation of landscape seems to dilute the dichotomy between what is seen as cultural and what is considered to be natural.

The key may lie in the recent understanding of landscape design as the interpretation of a place–understood as the overlapping of infinite layers of culture and natural processes–, while it is still capable of managing and integrating variables from a global perspective. Finally, the threat of change will have become an opportunity: that postindustrial landscape will serve as the framework for the appearance of a new kind of urban space, which can reflect the different working scales, the interdisciplinary and the diversity of programs demanded by the global system.