As opposed to the general notion that our living environments can be properly described and designed “in plan”, this project is a design investigation into how the qualitative aspects of the wall, as a complex membrane, structure our social interactions and climatic relationships and allow for the development of specific ecologies.

The project breaks down the traditional walls of a house into a series of four delaminated layers (concrete cave, stacked shelving, milky shell, soft skin); the different spaces of the house slip in between. Each layer is characterized by very specific climatic, atmospheric, structural, material and functional properties. They become part of the intelligent hierarchy underlying this low-budget project: while the innermost areas host the most demanding program (e.g., kitchen and bathroom), both the house and its materials roughen up toward the outside. 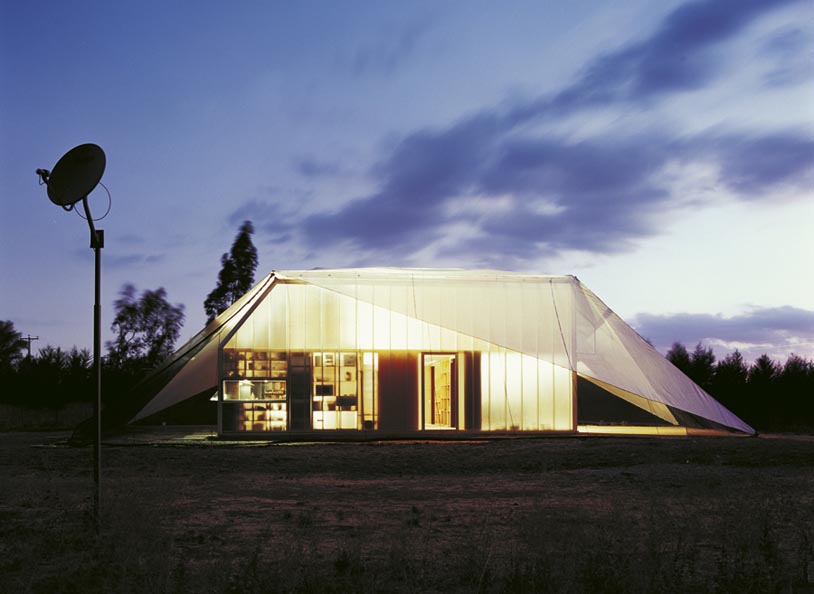 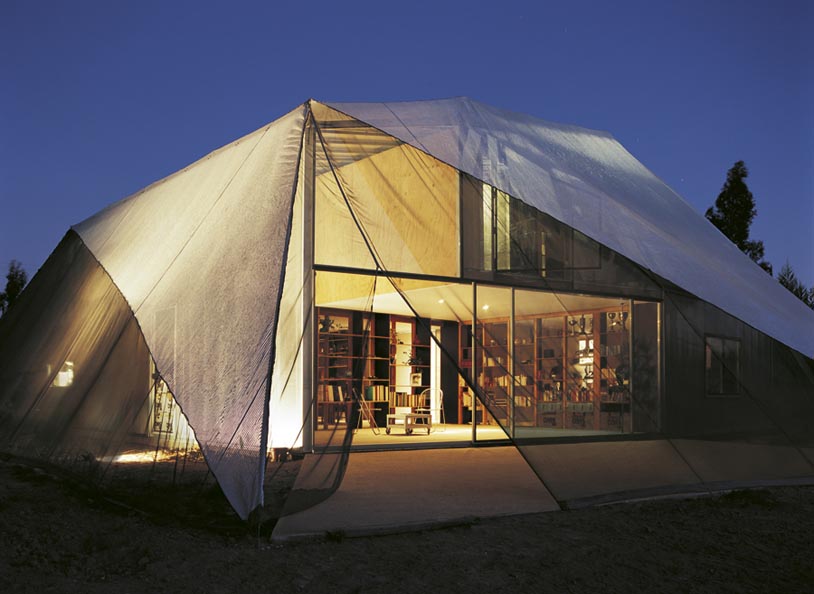 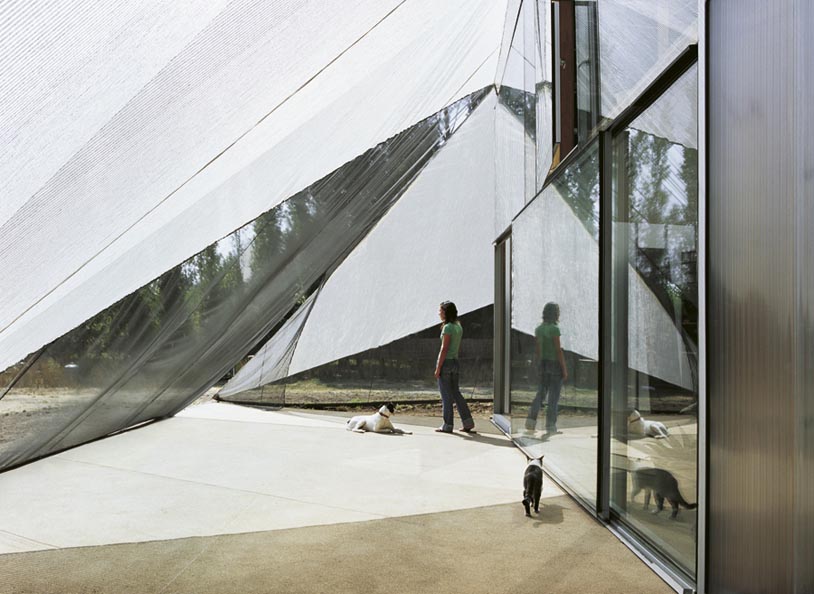 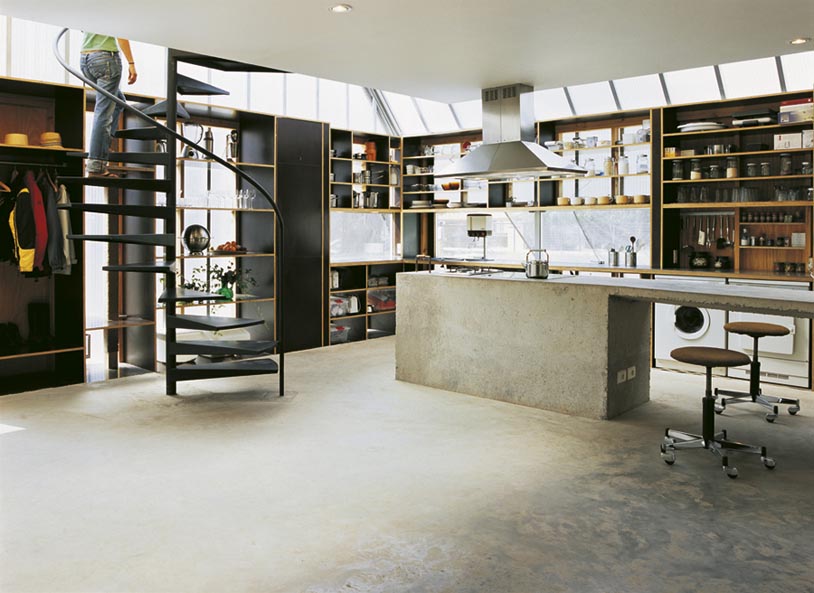 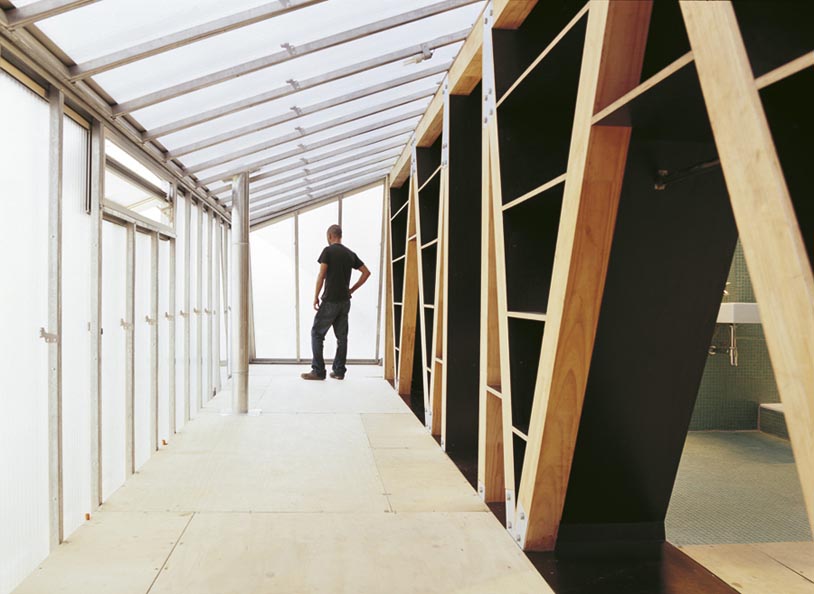 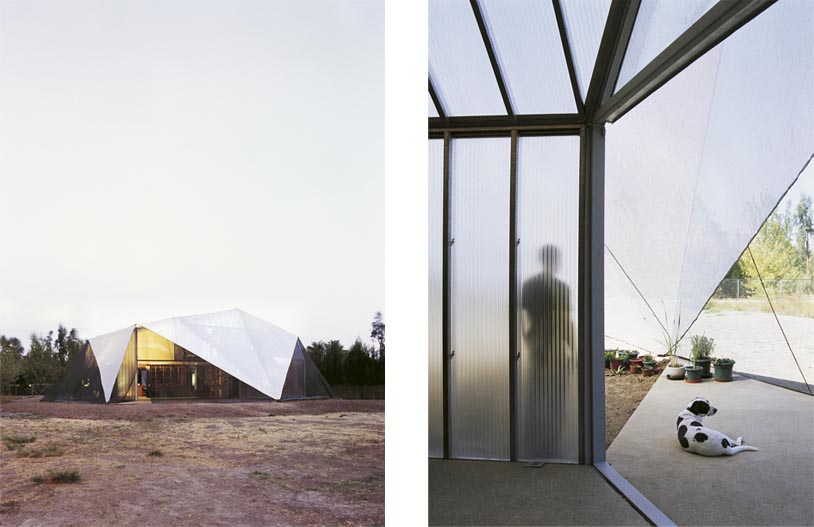 The layers build onto one another from the inside out, both materially, in terms of the climate concept, and geometrically, blurring the boundary between the interior and the exterior by using the specificity of the different materials to create a series of qualitatively distinct environments. The building’s most standout feature, energy screen typically used in greenhouse construction, constitutes the outermost layer. It creates diffused lighting and a comfortably acclimatized zone inside. Its folding and sometimes reflective/sometimes translucent surface contributes to the diamond-cut appearance of the structure. 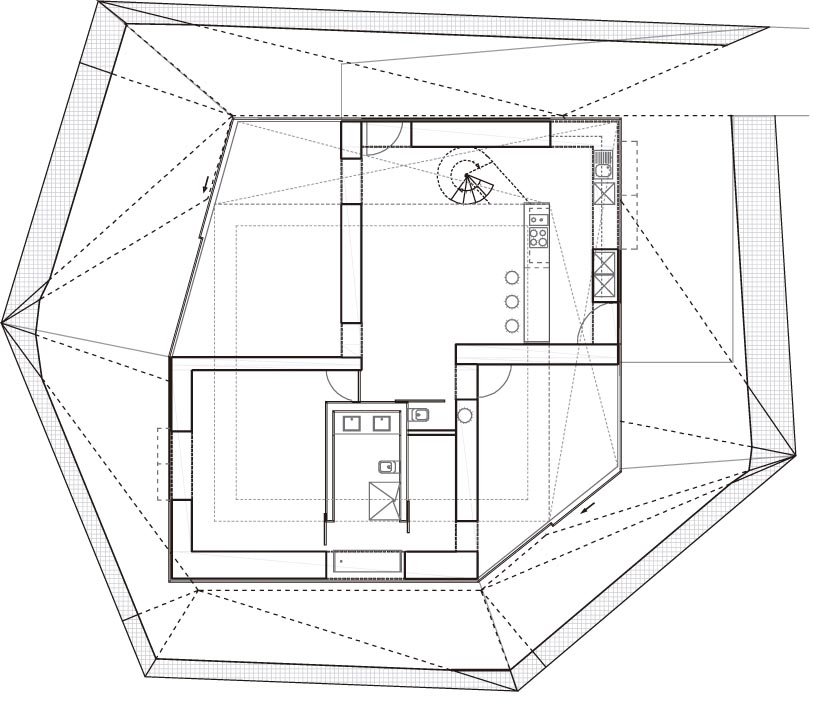 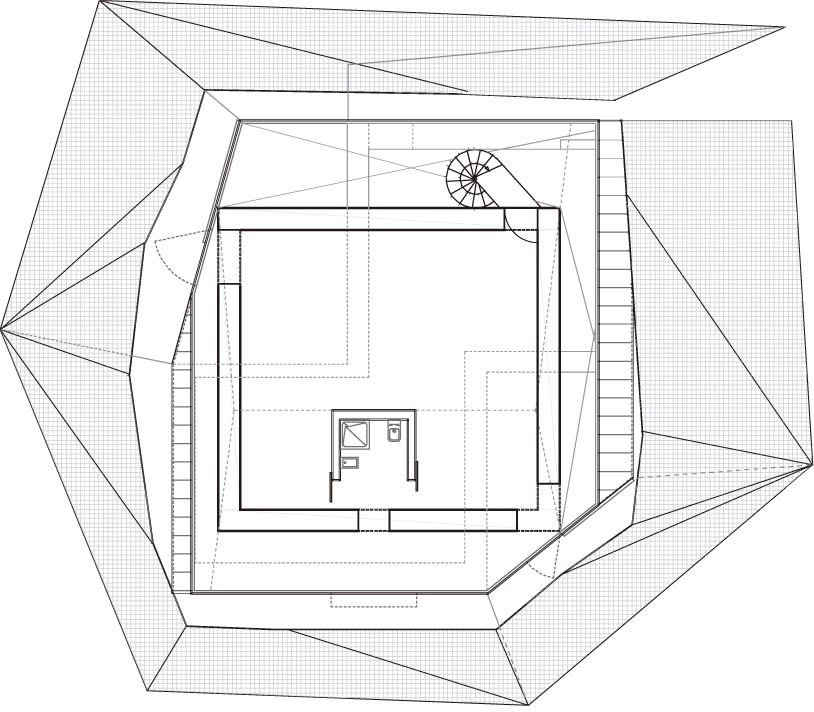