How Food Will Reshape Our Cities: An Overview from Sasaki Architects

Agriculture is usually considered an activity that does not fit in the urban life. However, urban agriculture is becoming more popular, and it is spreading especially in the Global North. People are starting to wonder where and how their food is produced, thanks in part to our modern society that is more aware and careful about sustainability.
In the last few years, the interest towards a local, urban and profitable production has grown, and environmental issues (such as climate change, pollution, water scarcity, etc.) have accelerated the process. Moreover, thanks to technological developments, it has been possible to transform a utopian dream into an achievable reality: cultivating indoors, inside and above the buildings all year round. 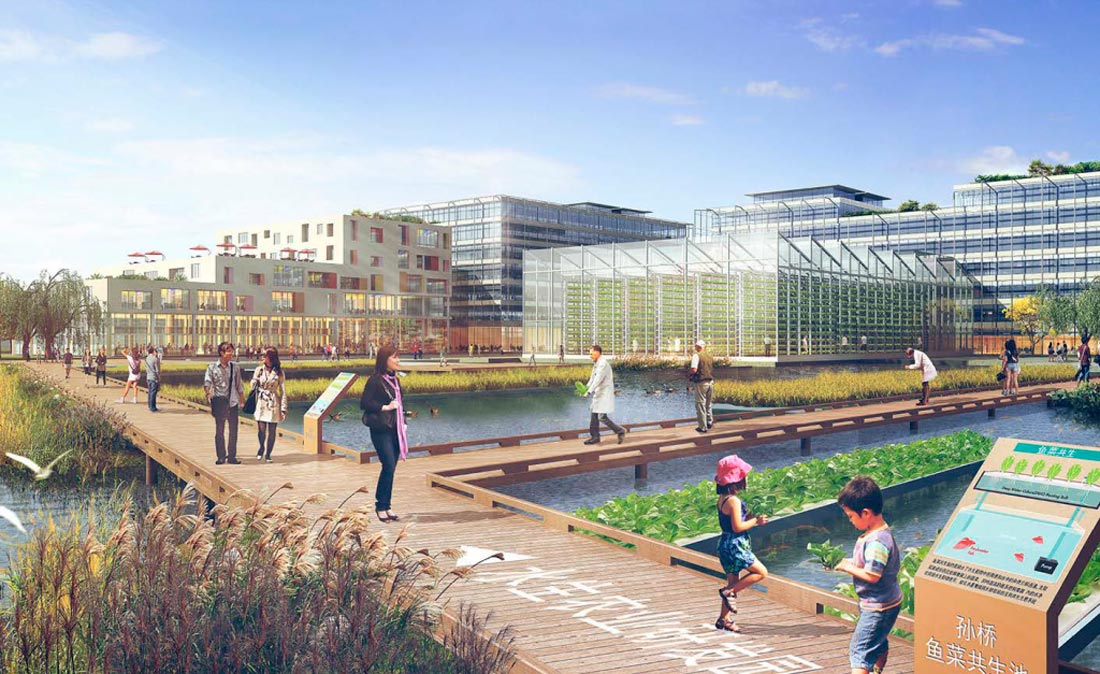 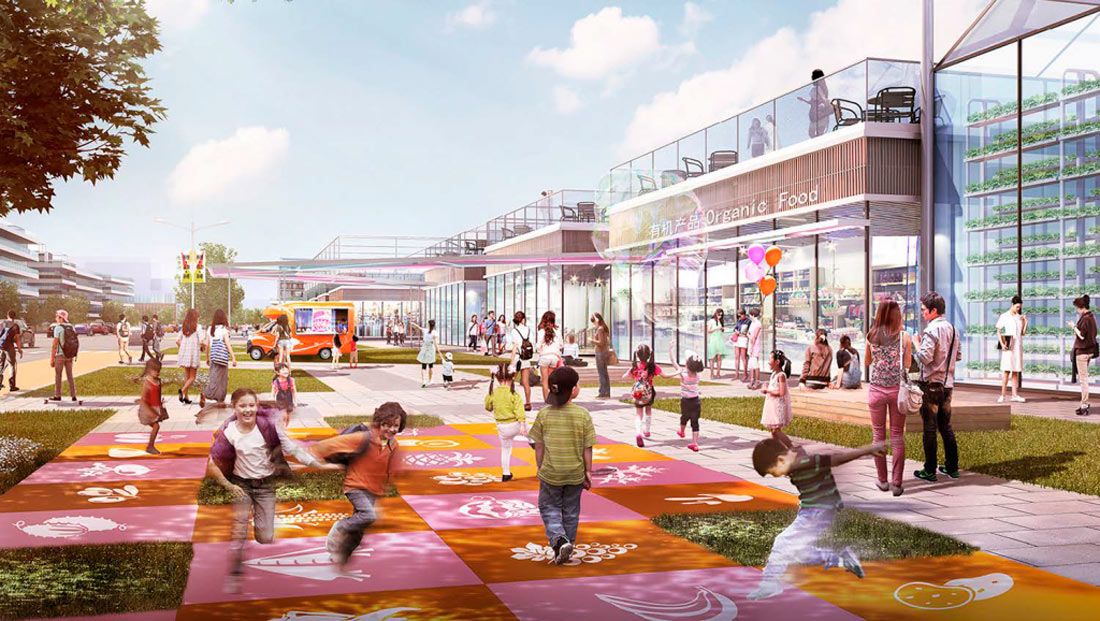 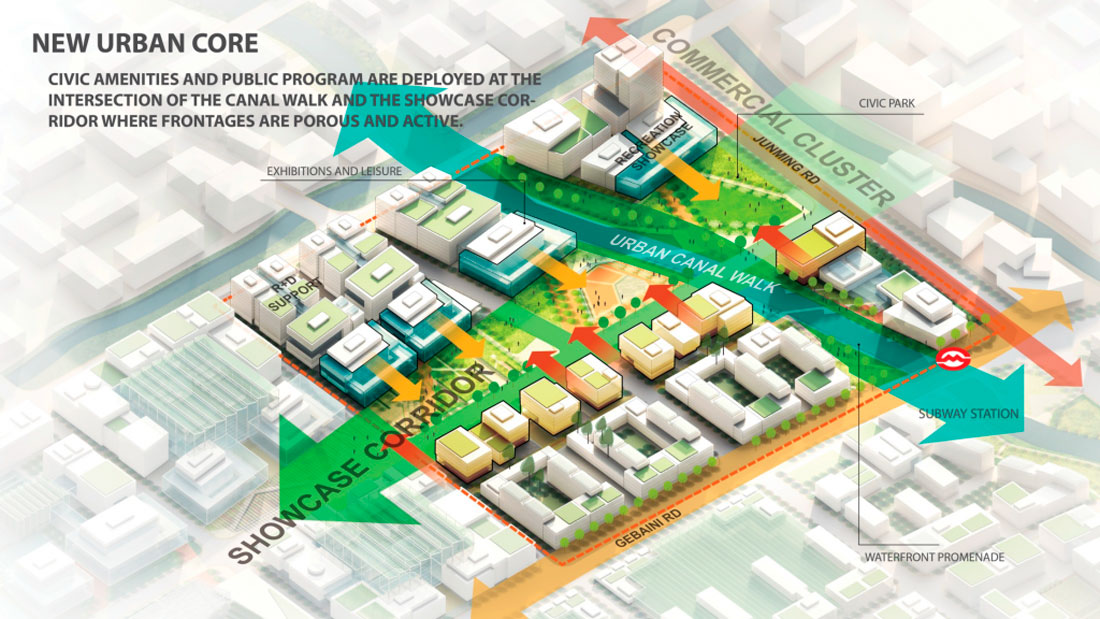 I had the pleasure to meet Michael Grove, chief architect at SASAKI in Boston. During our meeting, we discussed their latest projects on agriculture integration into urban environment, like the one for the agricultural district of Sunqiao, in Shanghai. Grove explains that agriculture could be reconsidered as a productive activity that needs to find its space in the urban environment. This is especially evident in the contemporary megacities of China, but also in American cities, like  New York, where food miles have a great impact on the environment. The Sunqiao Urban Agricultural District is an “experimental” project that integrates vertical farming systems within public facilities and R&D centres. It is based on real commercial value and it distances itself from the utopian visions of skyscraper farms. With this project, SASAKI wants to celebrate the innovative role of the architect who is able to create visions and inspiration for new forms of living/production through a place-making approach. The role of architects is also to transfer ideas into actions by dialogue with municipalities for the creation of plans and regulations that can facilitate the introduction of this production, the localisation of these farms, and the reuse of underused areas, such as parking lots, underground spaces, and rooftops. All those spaces could contribute to shaping a more productive and sustainable urban environment. 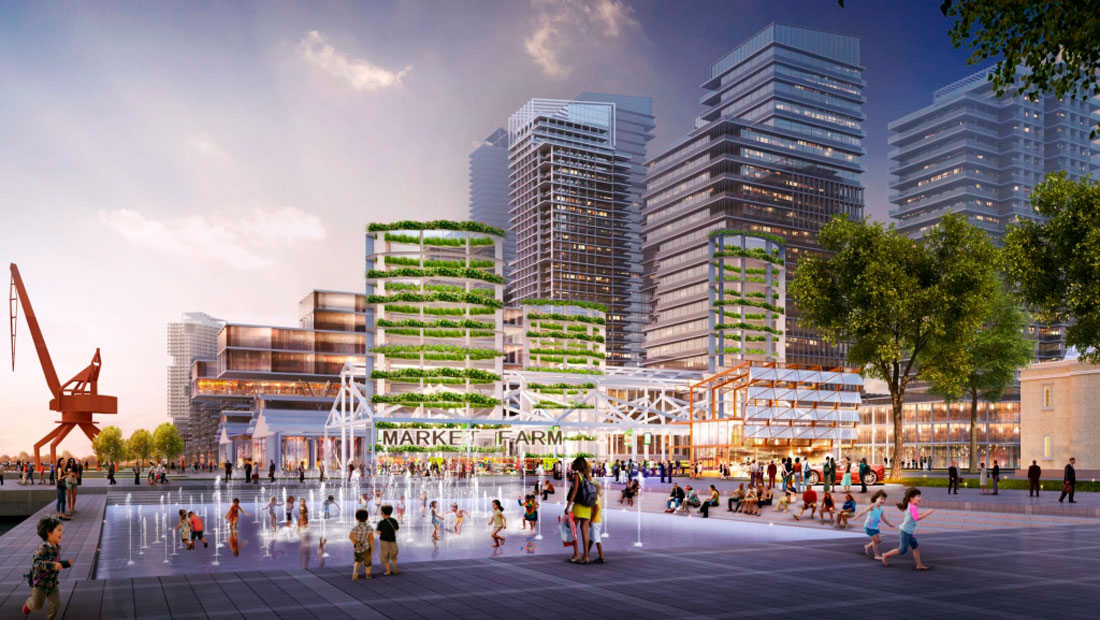 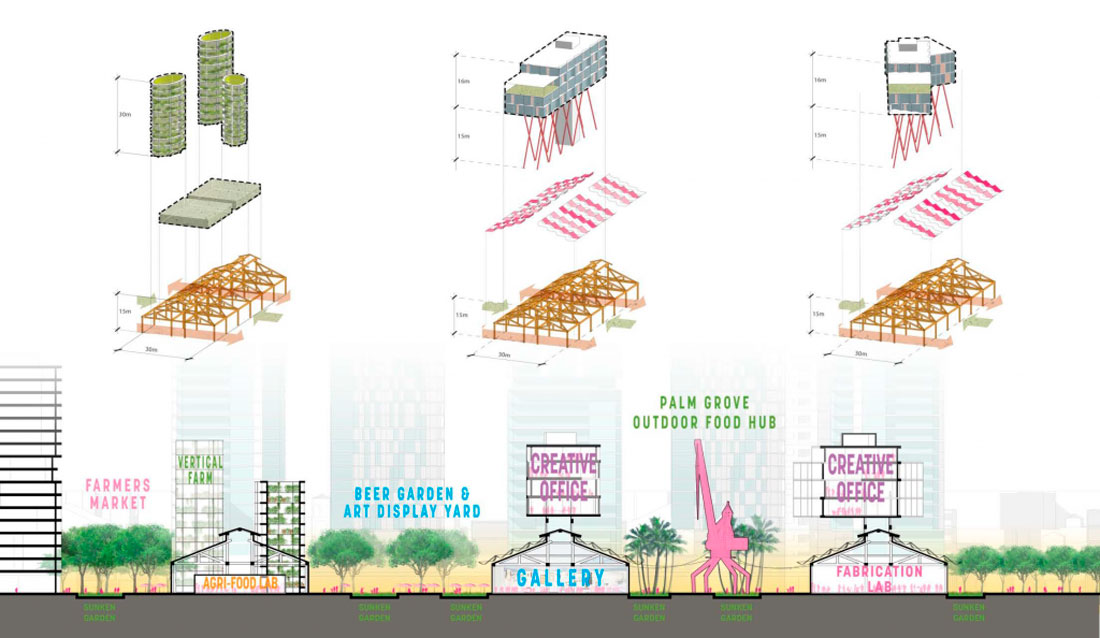