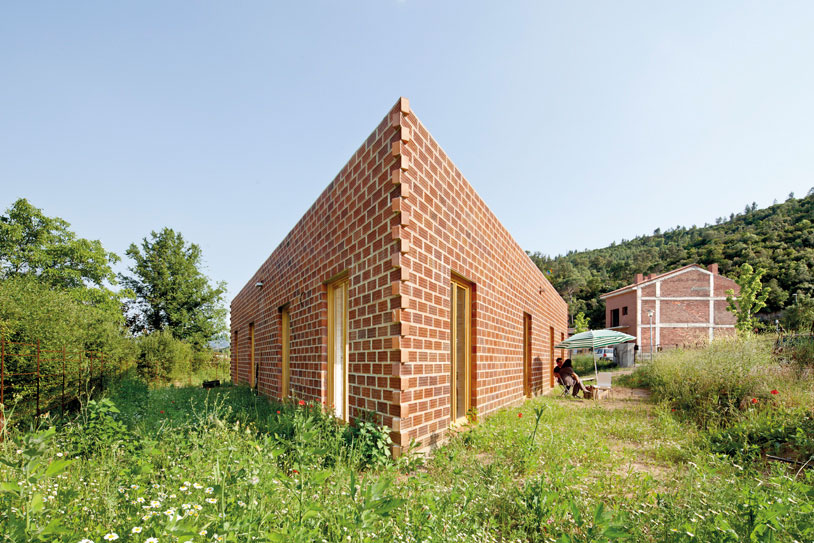 The house was for a young couple without children, and it had some pretty conventional initial programmatic requirements. The triangular plot was part of an Incasol protected land development intended for self-developers and was subject to a tight schedule in terms of the development of the house. 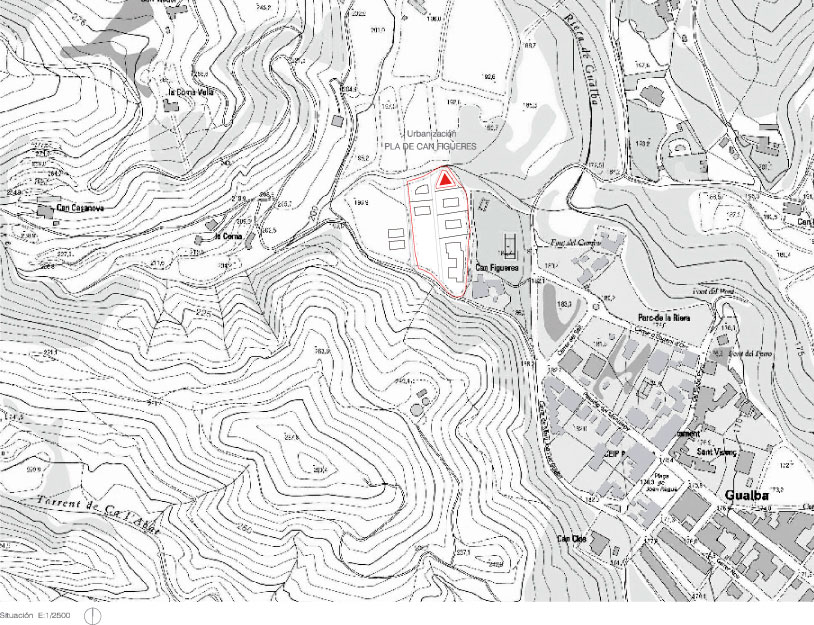 First, we decided not to take any action with respect to the plot; we had to let go of the idea of concentrating exterior space along any of the facades since this strategy required a two-floor building and it was understood that, in order to meet both the building requirements and the economic objectives, a single-story building was needed. This volumetric sacrifice implied a programmatic one: there would be no garage, no hallway and just one bathroom.

The triangular geometry of the plot was accepted and a systematic distribution was established based on two basic, equivalent spaces which were only qualified according to their orientation and their relationship with the exterior. They are located along the façade, around a central triangular space which was not programmed ahead of time, though it had enough surface area to house unforeseen uses: a storage room, a summer dining room, a study, or bicycle storage.

The dwelling (one story with a triangular shape) makes the most of the plot’s buildable surface; traffic patterns are resolved using a central hall that connects the different rooms.

A 50% reduction in the budget conditioned the construction in terms of systems, materials, forms, etc., but the result provides this austere home with a very special character. 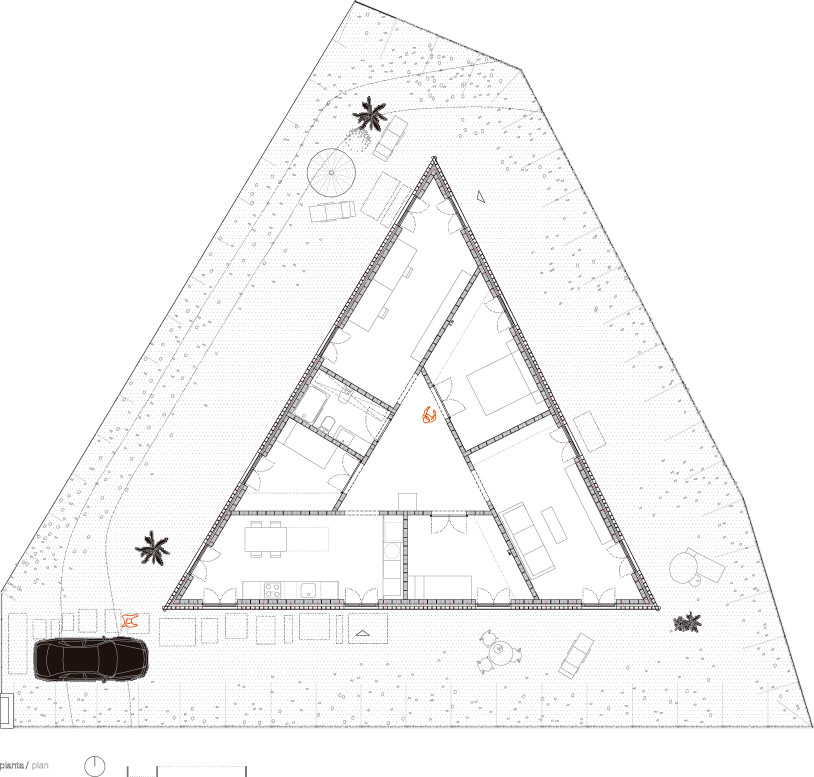 The level of the site is lower than the street, making the roof into the “fourth façade”; because of its characteristic shape it becomes an iconic aspect of the dwelling. 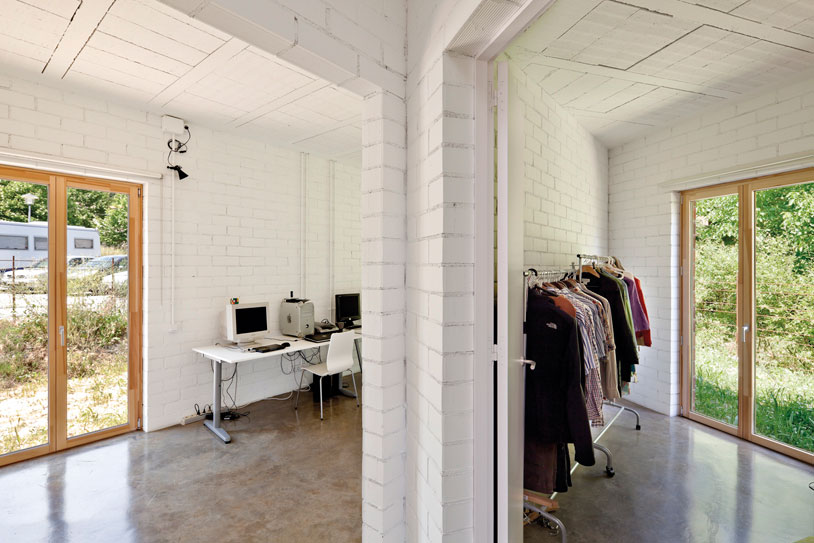 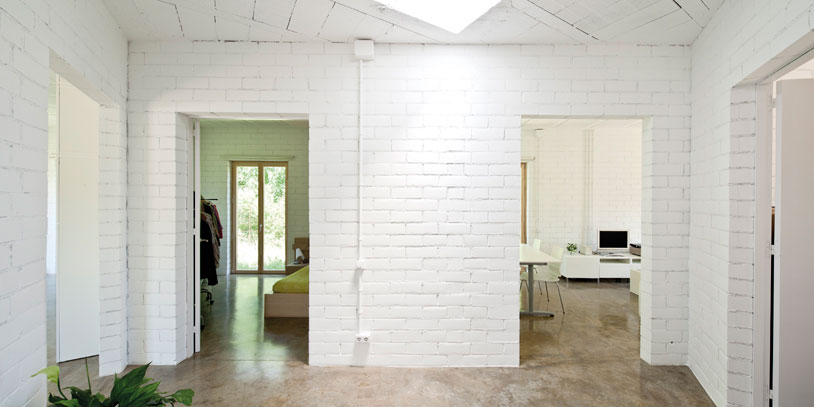 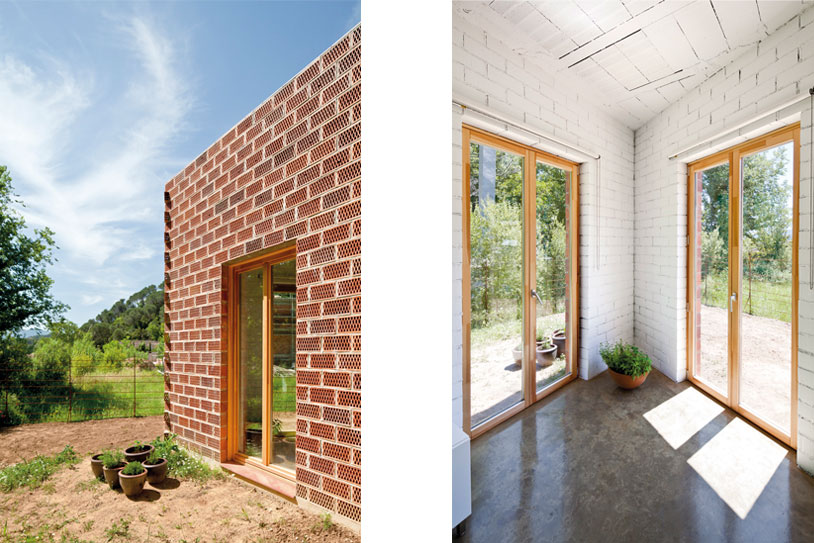 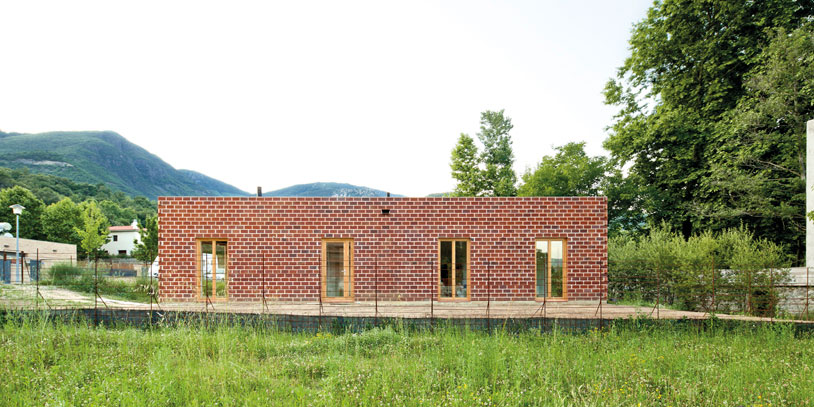