What Ikea Is Trying to Tell Us About 21st Century Living

Two years ago, the company asked thousands of people about where they felt “most at home.” At the time, 20% of subjects said it wasn’t the space in which they lived. Two years later, they asked again, and found the number has risen by 15% among people who live in cities. In other words, 35% of people who live in cities don’t feel at home in their house or apartment. — Fast Company

Ikea, the largest furniture company in the world, may know a thing or two when it comes to styling a home. However, what many Ikea consumers may not know is that alongside its holding company INGKA Holding a yearly research report is conducted studying and identifying how people live. Since 2014, the “Life at Home” report consisted of data associated with kitchen routines, morning regiments, and overall interaction within living spaces. However, both companies decided to shift from their typical report guidelines and take a more reflective, existential approach. 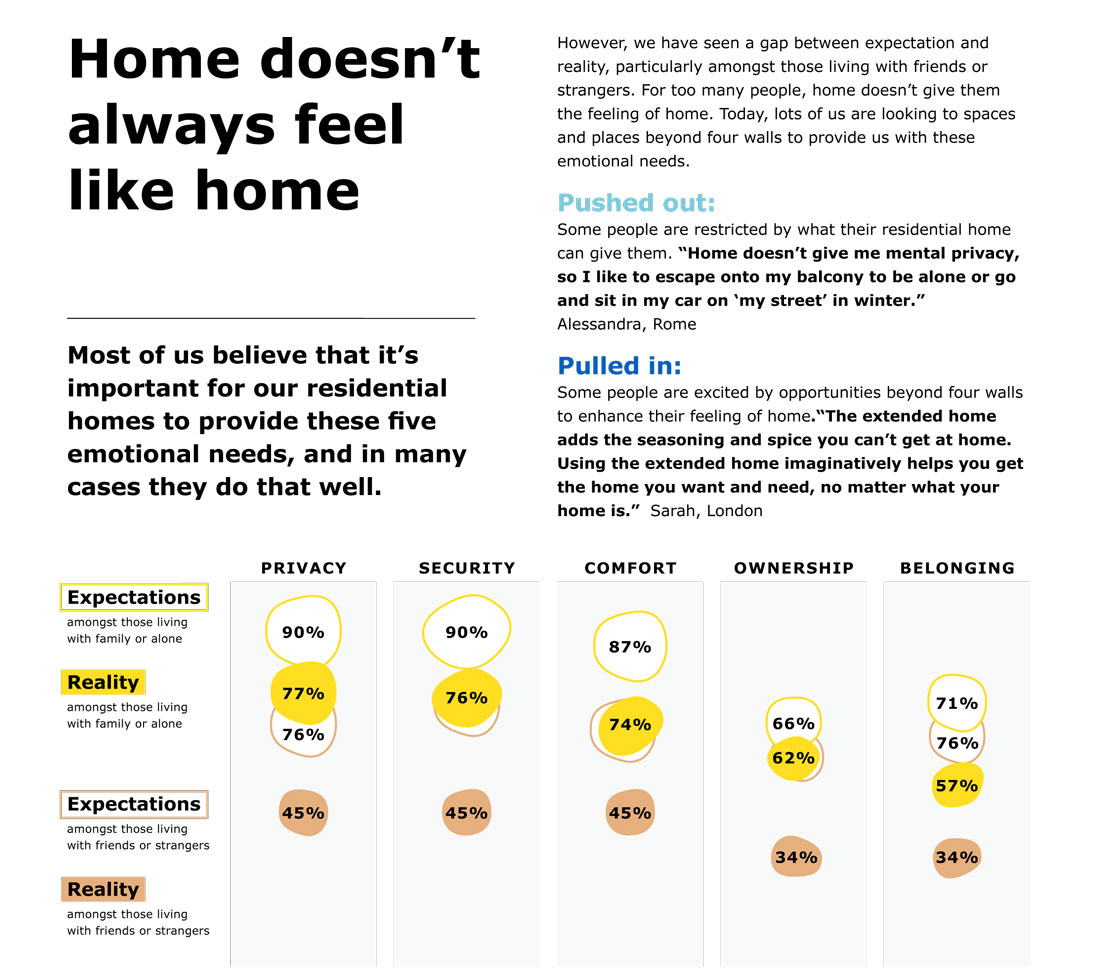 Instead of focusing on relationships between consumers and products, the yearly report focused on topics such as belonging, loneliness, and what it’s like living in a large city. The report indicated that in order for individuals to feel “at home”, these five emotional needs must be met: privacy, security, comfort, ownership, belonging. After surveying over 22,000 people living in 22 different countries, results provided an interesting take not only on what people felt but how they defined a home. 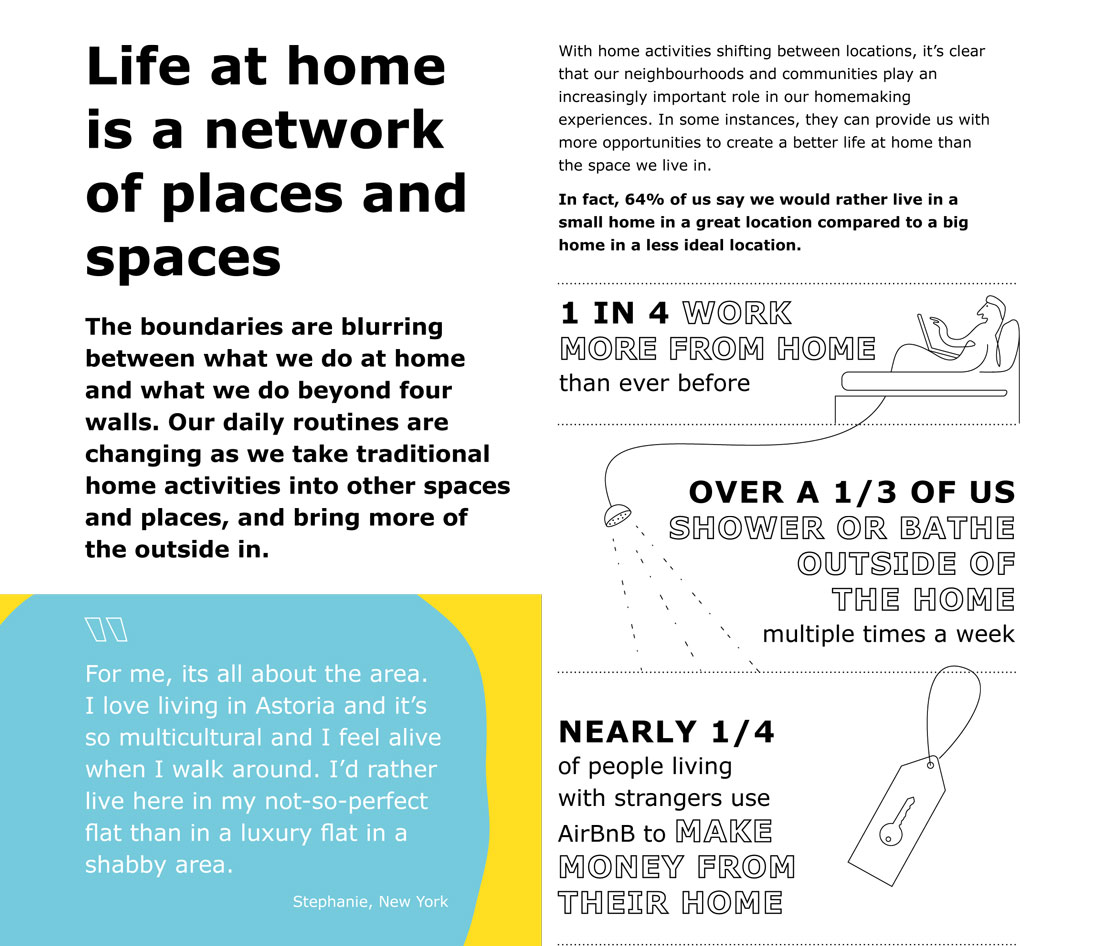 Results from reports taken over the past few years have highlighted that with an increasing change in home and work activities, the relationship between a person and their place of living shows more of a binary exchange. Instead of exuding a level of permanence, homes have now been recognized with a transitory perspective. “Living spaces are increasingly tied to peoples’ livelihoods, often directly generating income.” Nearly 1 in 4 people work from home, and those who lived with roommates rented their space out on Airbnb. Yet, despite the social changes affecting homes, many surveyors expressed that home has become a more pliable term. 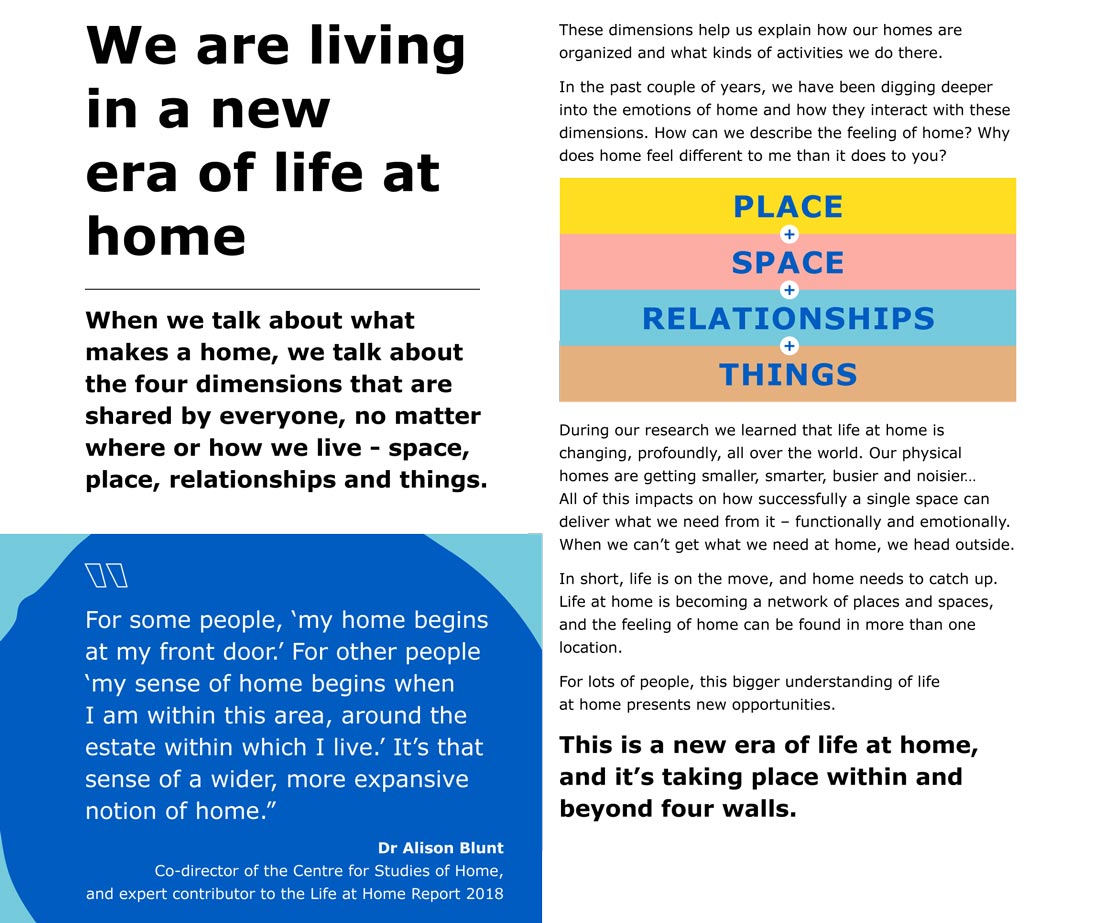 Has Ikea’s existentially themed report provided us with a reason to rethink what homes mean? The definition of a home constantly changes and is dependent on several factors. However, what companies like Ikea are striving to learn is not only how to “sell a better couch” but how basic human interaction and self-assessment can help architects and designers shape living spaces.