We humans have created machines to enhance ourselves, we invented the wheel and cars to liberate ourselves and travel. But now these machines are striking back, making air extremely polluted in high-density cities. In some cities, this pollution is visible. In others, air pollutants and smog may be invisible, but the impact on our daily lives and health is very real. In the Netherlands we live 9 months shorter because of smog. Dutch designer Daan Roosegaarde believes we should do more, not less, and make modern cities livable again. 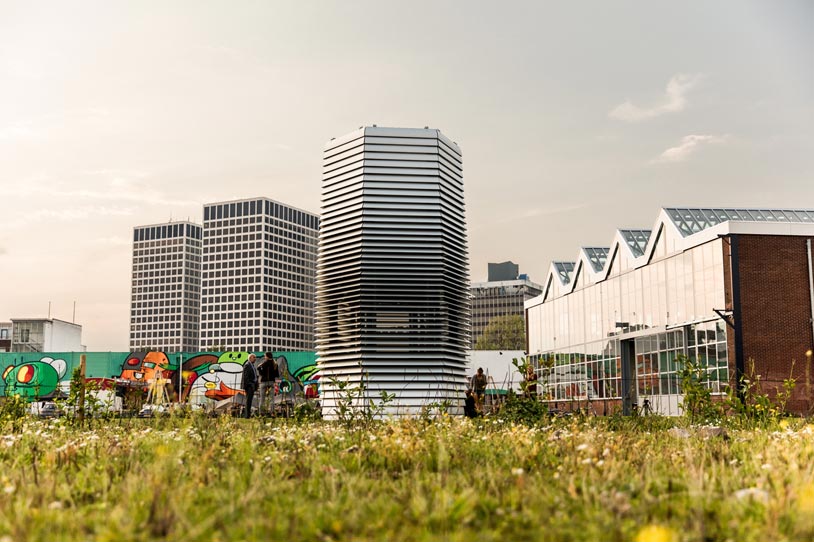 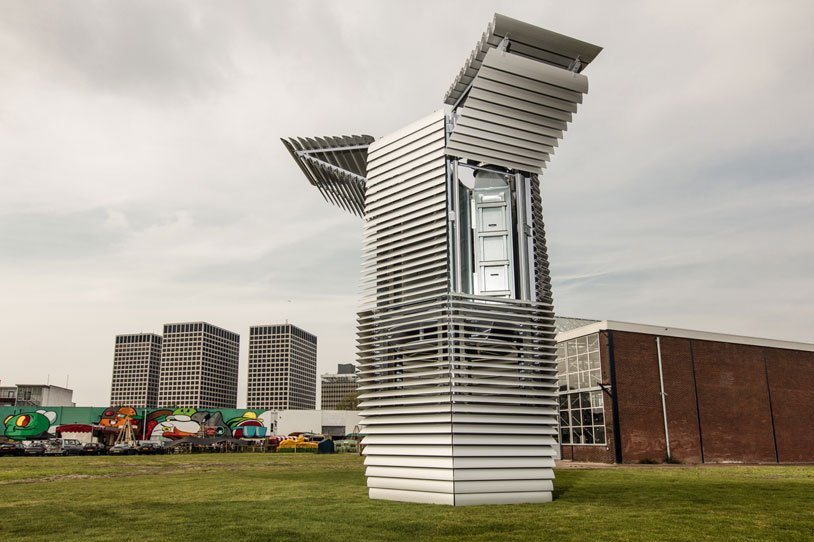 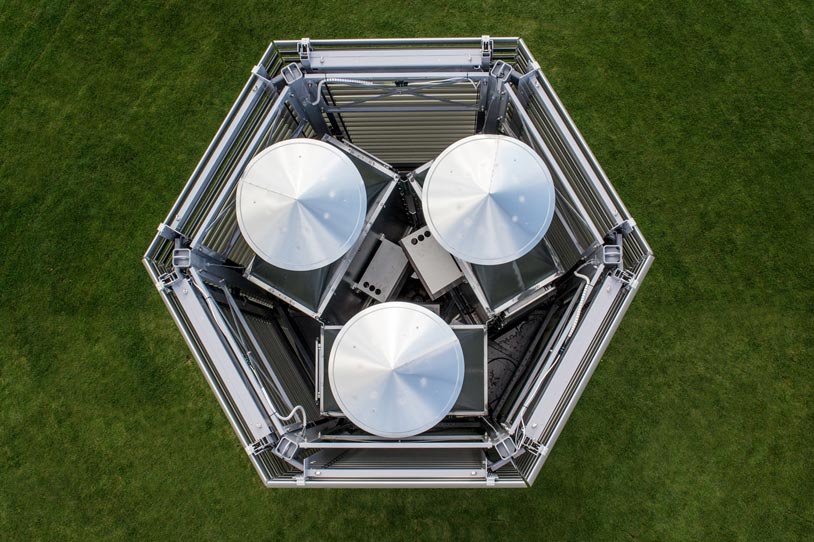 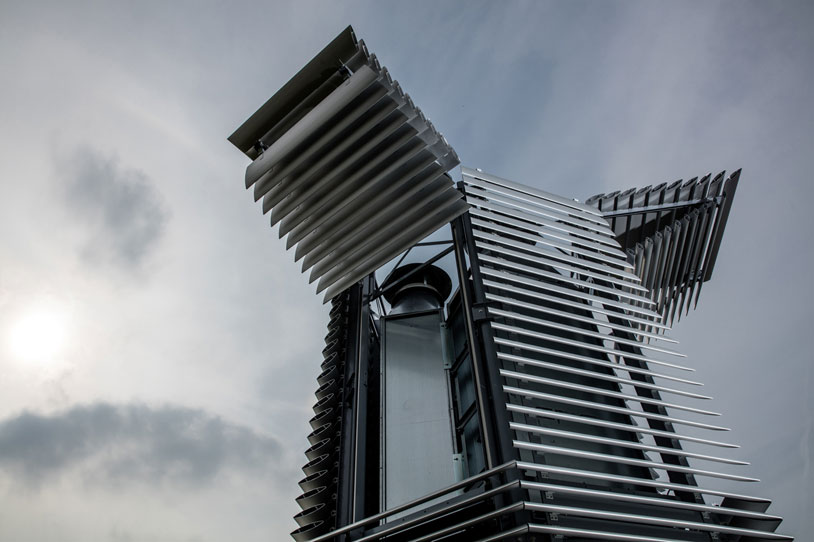 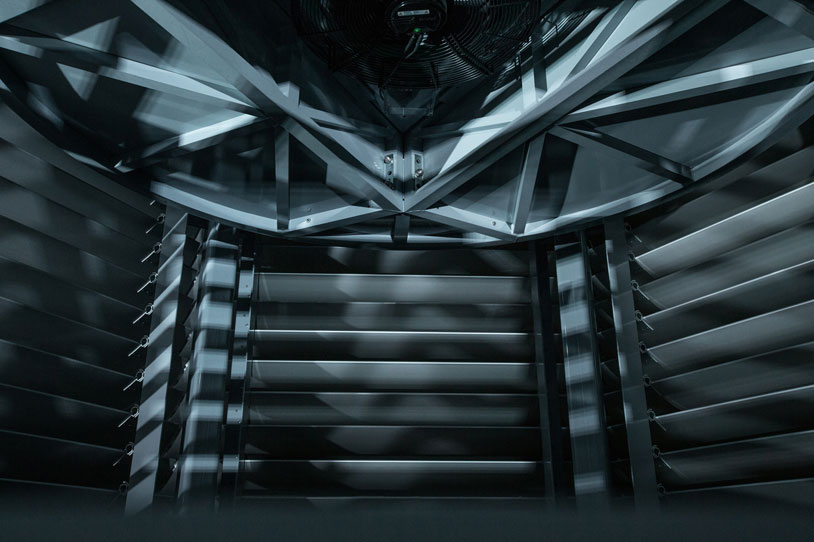 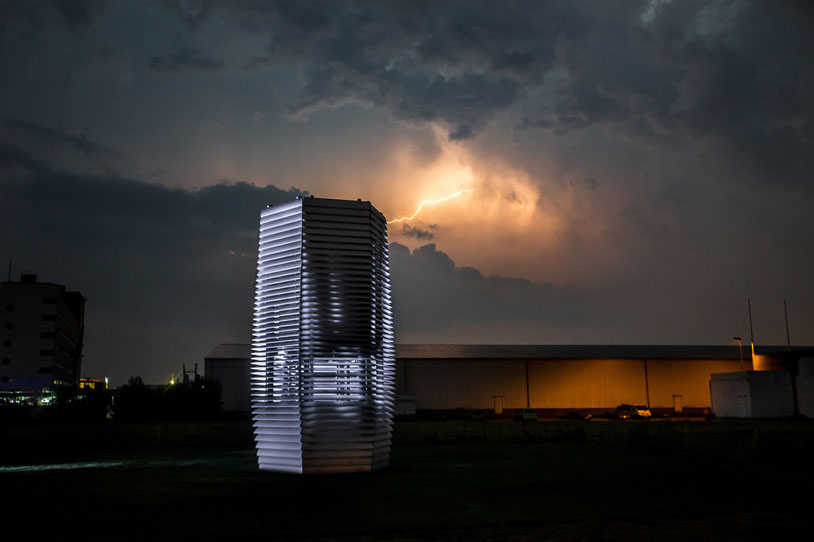 As a tangible souvenir, Roosegaarde also creates jewellery of the collected smog particles. The smog dust filled with carbon is compressed into high-end jewellery like the Smog Free Ring and Smog Free Cufflinks. By sharing Smog Free Jewellery, you donate 1000m3 of clean air to the city. Join the Smog Free Movement now and support our Kickstarter campaign. 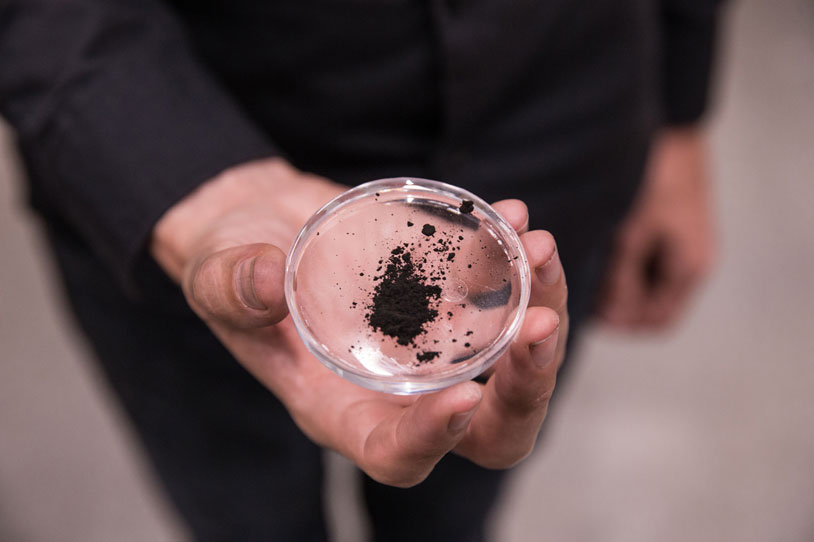 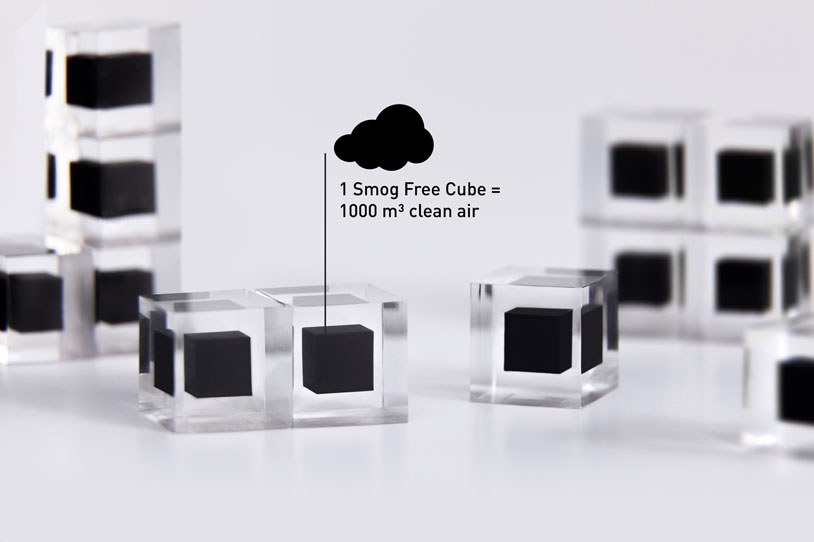 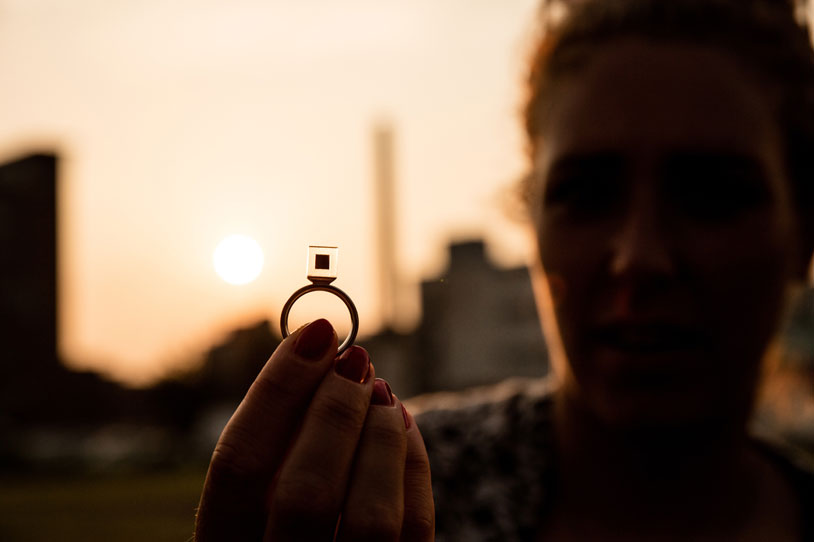 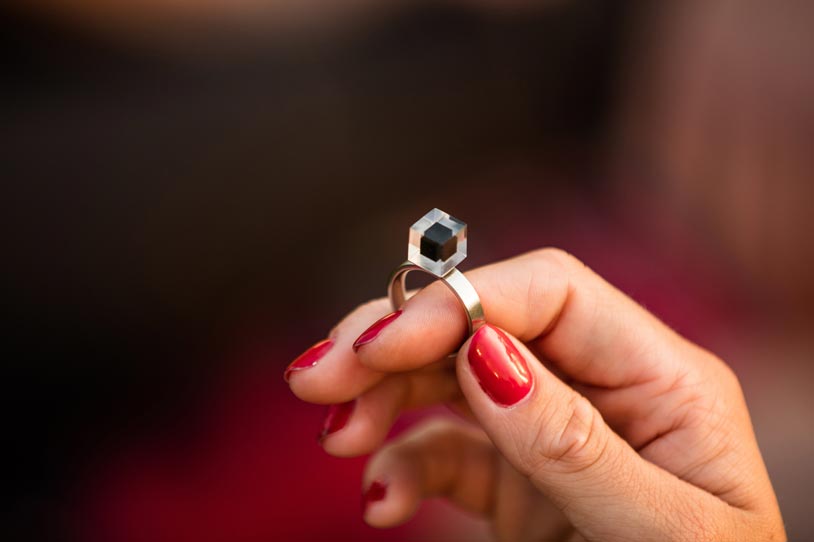 The Smog Free Project is not only intended to be a final local solution for clean parks, but also a sensory experience of a clean future. Along with governments, NGOs and the cleantech industry, people can become part of the solution instead of the problem. The first pilot has been launched in Rotterdam, The Netherlands on September 4th 2015. Possible future locations include Beijing, Mexico City, Paris and Los Angeles. 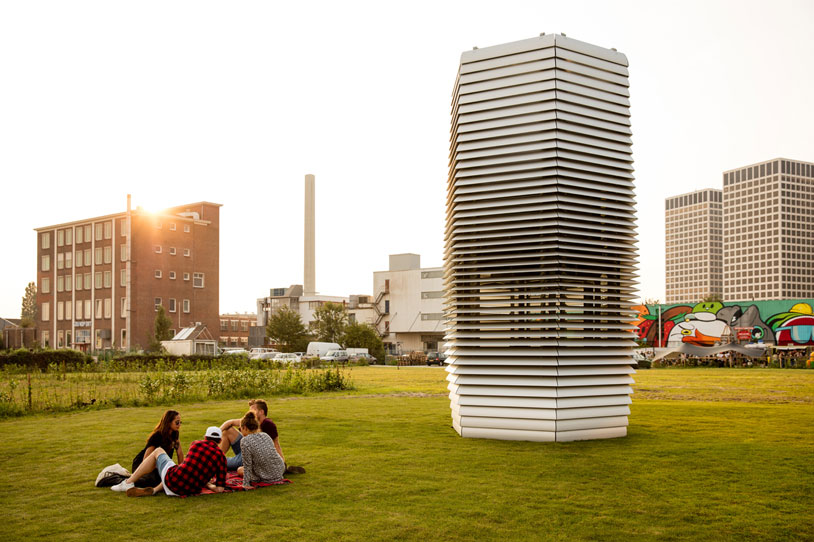 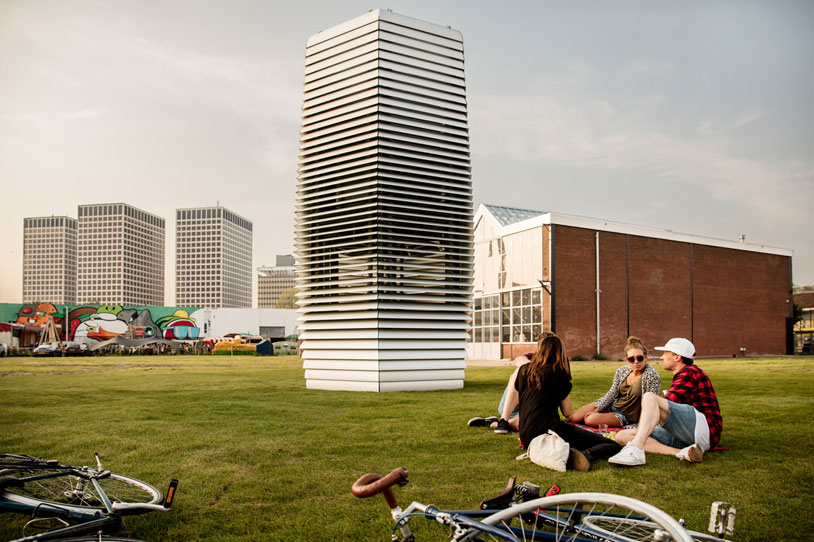 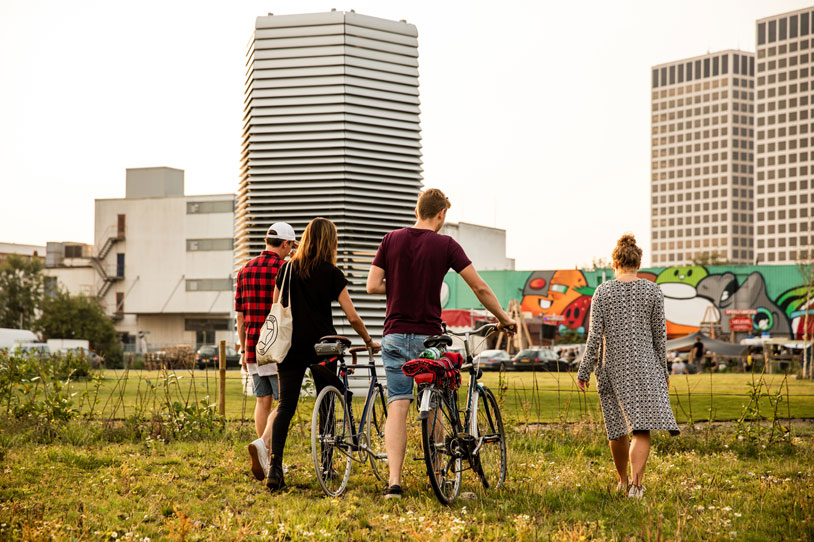 Collaborators: Team of designers and engineers at Studio Roosegaarde and expert parties as ENS Europe and Bob Ursem. Contributor: The tower has been built with the great contributions of the #SmogFreeMovement crowd on Kickstarter. Launching Support: City of Rotterdam, Port of Rotterdam, DOEN and Eneco.