Since its opening at the turn of the 20th century, Pike Place Market has become a pillar of Seattle’s urban fabric. More than just a public market, this neighborhood turned historic district is home to farmers, craftspeople, small businesses and residents, each an integral part of the area’s history and character. 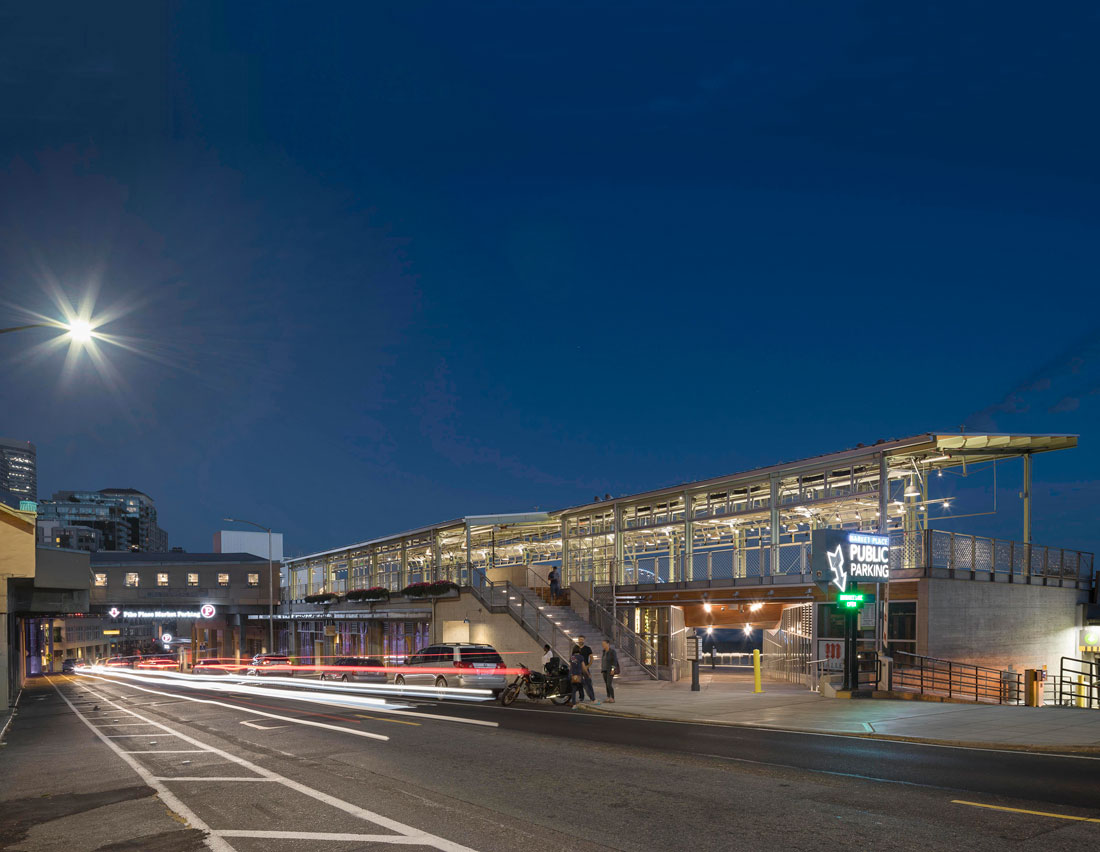 In 2011, the Pike Place Market Preservation and Development Authority (PDA) was given an opportunity to reclaim the site of a former Municipal Market Building that was demolished after a fire damaged the building in 1974. After a competitive process, PDA and the City of Seattle selected a team to design a new community space that would complement the culture and spirit of the original market, the second addition to Pike Place Market in nearly 40 years. 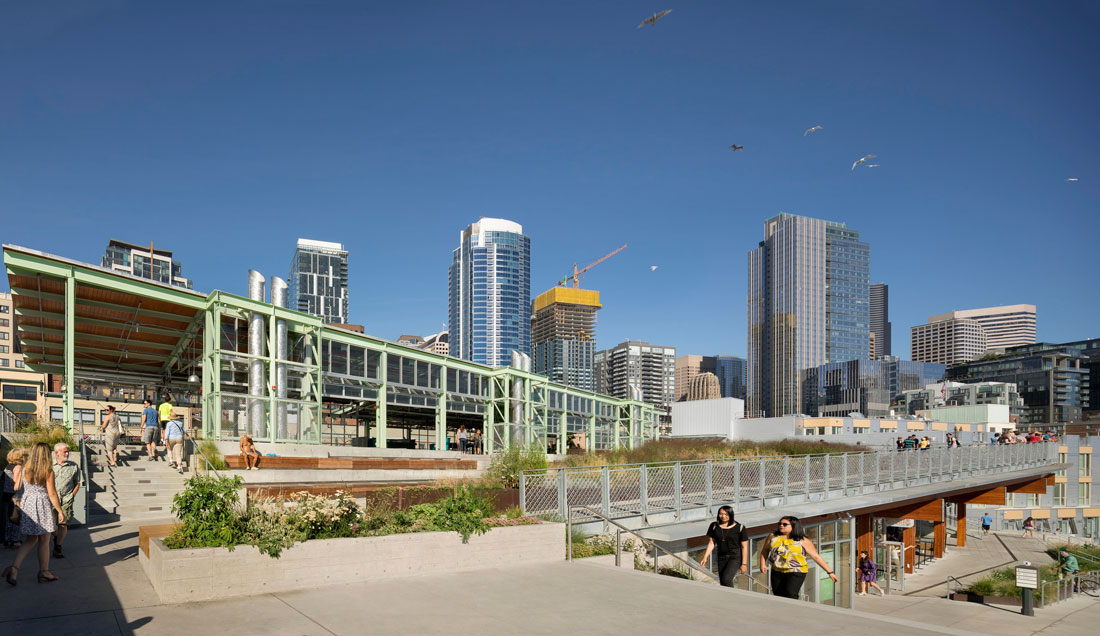 Completed in 2017, Pike Place MarketFront caters to the present but looks to the future, acting as the gateway from the heart of downtown to the waterfront. Today, the project serves as a critical connection point, where the most essential goods and services are available within a 10-minute walk and which is well served by transit. In the near future, Pike Place MarketFront will also lead down to Overlook Walk, a part of Seattle’s multi-phase waterfront revitalization plan that is currently in design. 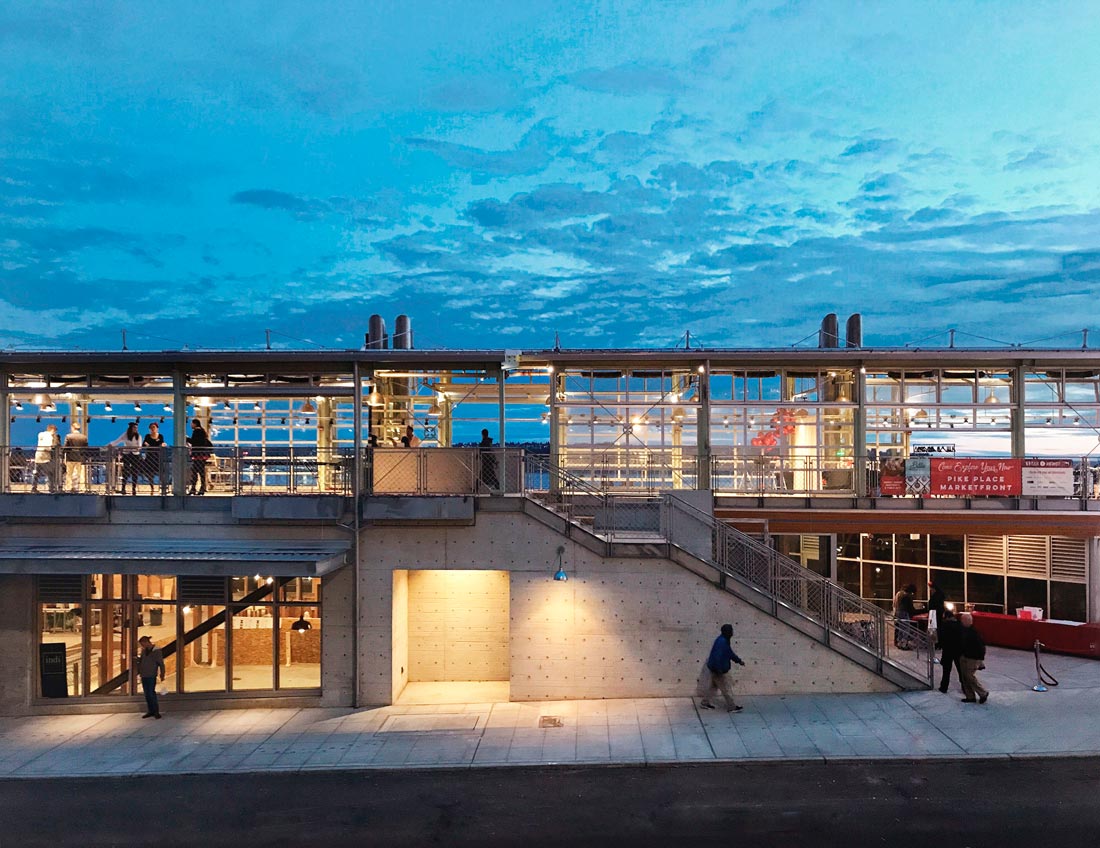 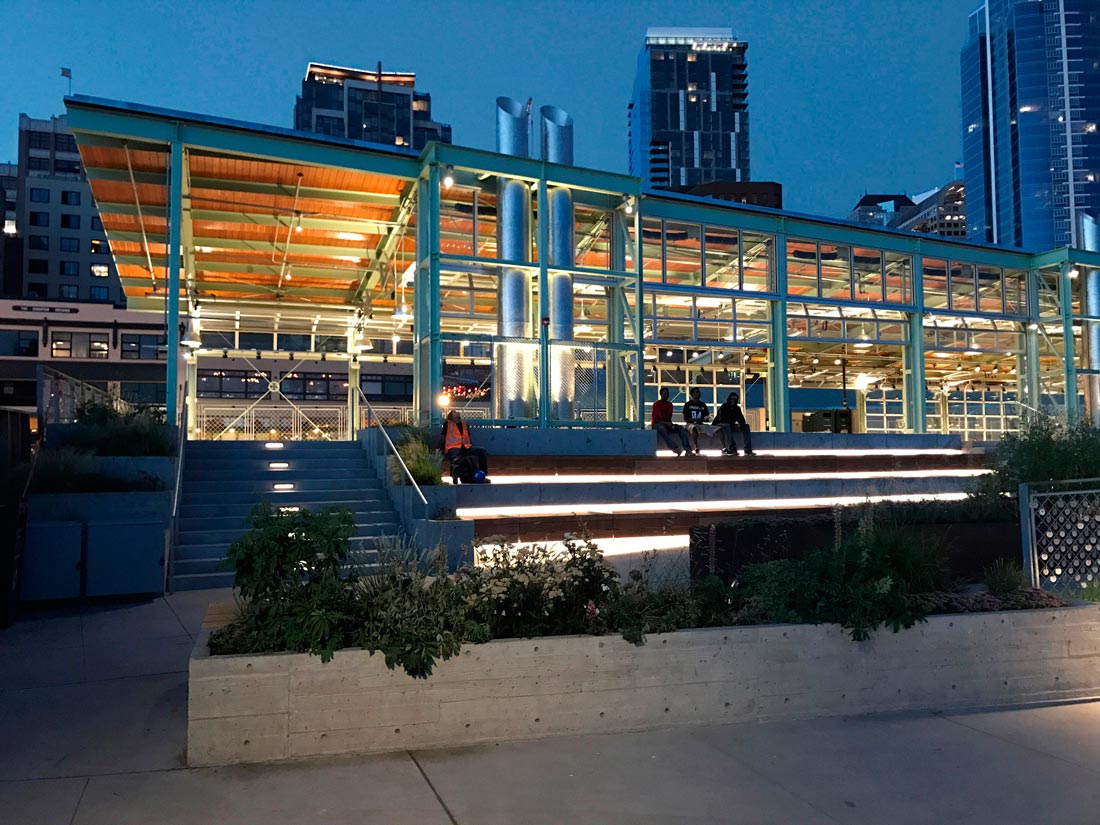 Like the existing Pike Place Market, Pike Place MarketFront is an active public space built for the community. Between 20,000 and 40,000 people visit the market each day from all over the world. The highly compact, complete urban neighborhood of the market exhibits the informal, diverse and vital compactness of true urbanism – buildings of varying ages are humanly scaled, its streets are dominated by pedestrians, not cars, regional and local fish, fruits and produce are abundant and small owner-operated businesses are the rule, not the exception. 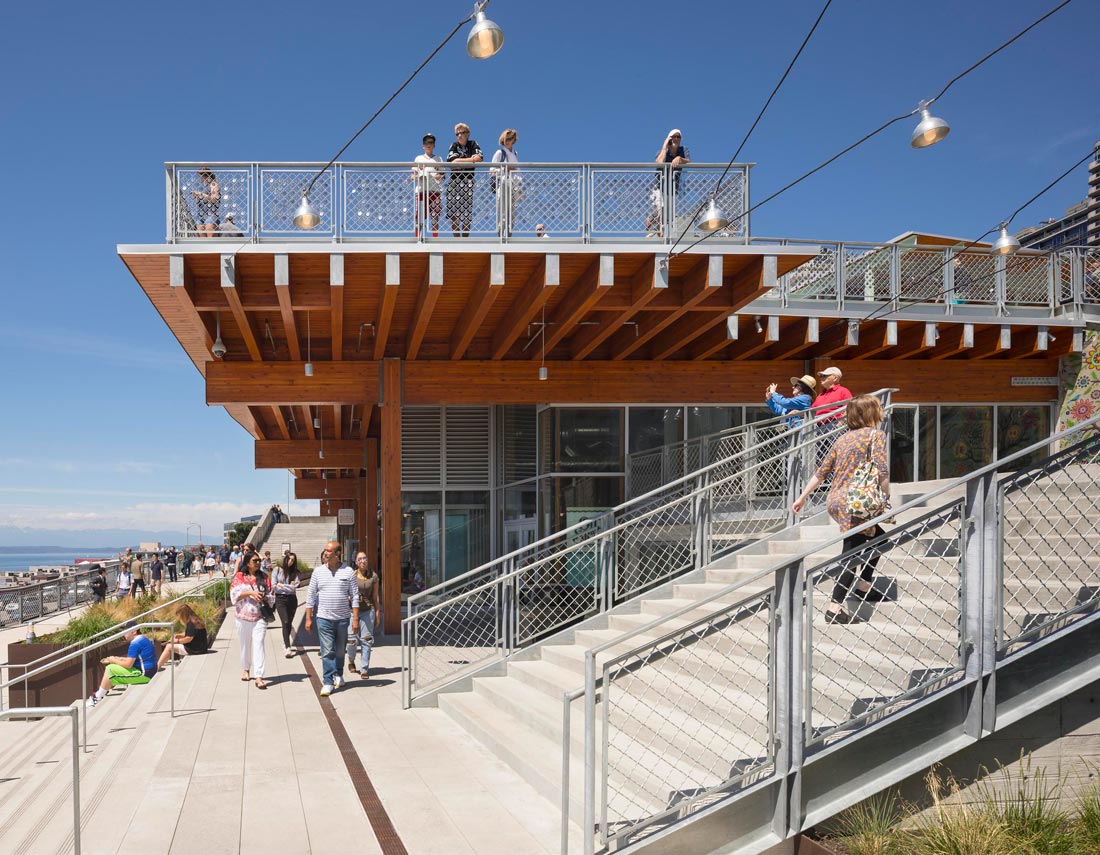 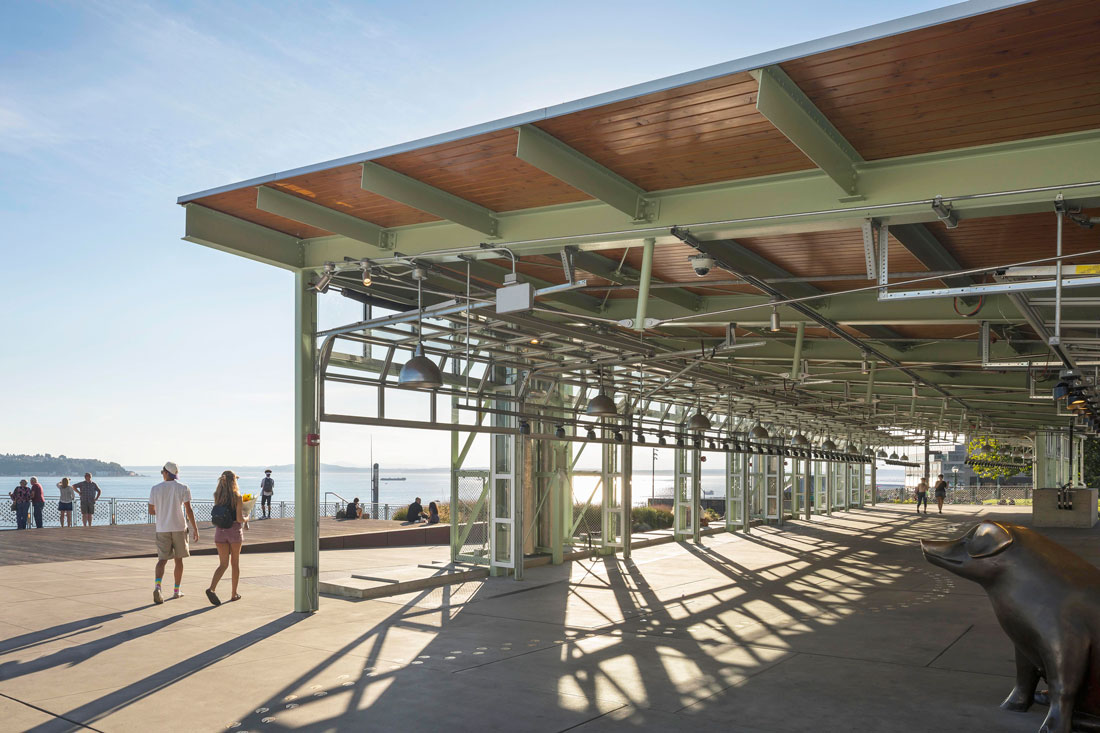 Pike Place MarketFront’s programmatic complexity and prominence within the Seattle community demanded deep involvement from a wide range of stakeholders, including the market’s day-stall merchants and the PDA Council, whose vision is to rejuvenate the economic base toward stronger financial viability. Over two years, the design team participated in hundreds of public meetings, seeking comment on design direction and development. This interactive process and strong engagement of the market’s community led to the creation of a high integrated “new urban place” that excites long-standing residents, as well as new visitors. 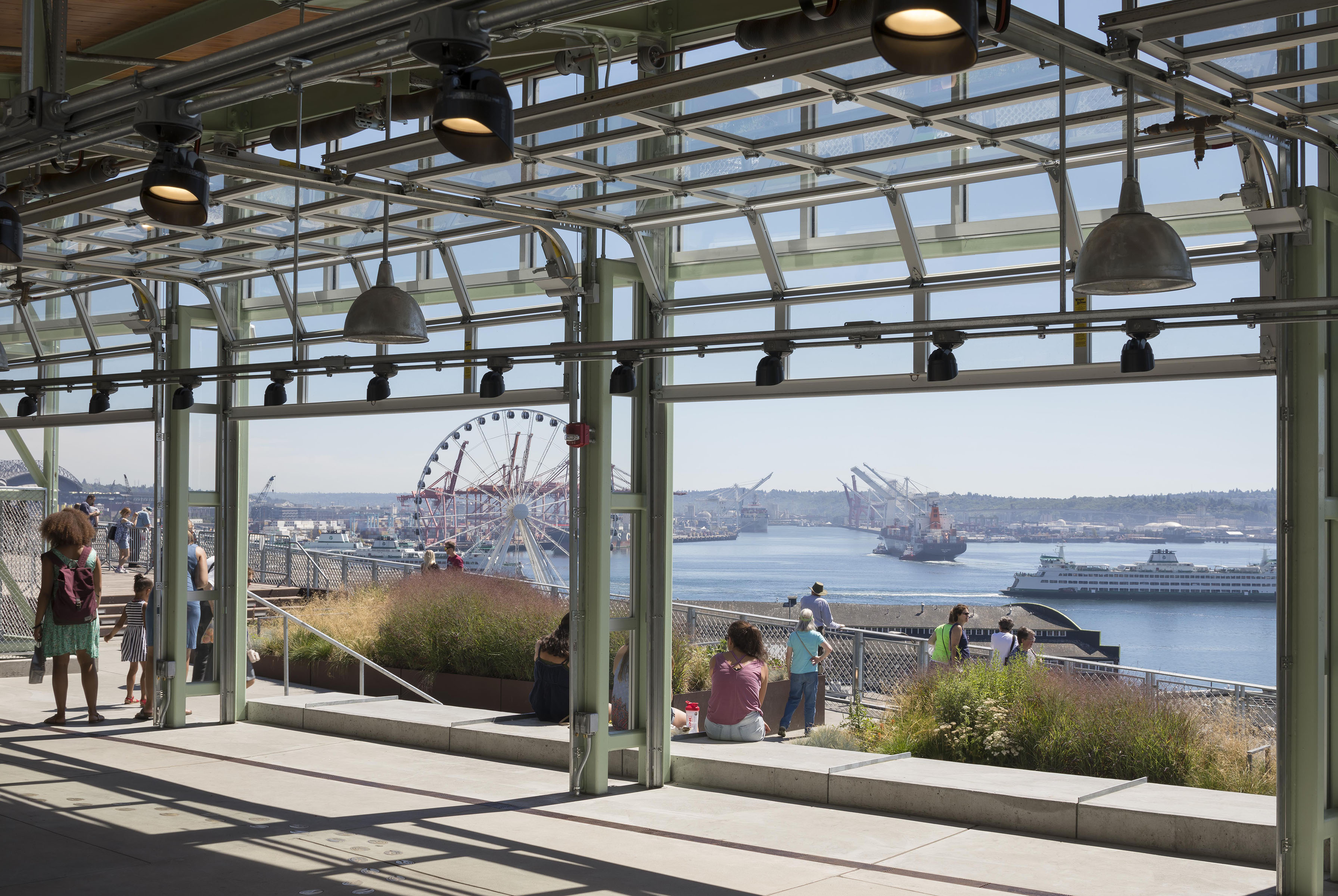 Early in the process, the Pike Place MarketFront design team established a set of goals to create a unique urban experience in Seattle’s Pike Place Market District. With the urban design framework for the waterfront in place, the MarketFront project was challenged to develop a rich range of pathways and experiences that engage the public in the immediate local environment, while ultimately linking to the future shoreline promenade on the waterfront. 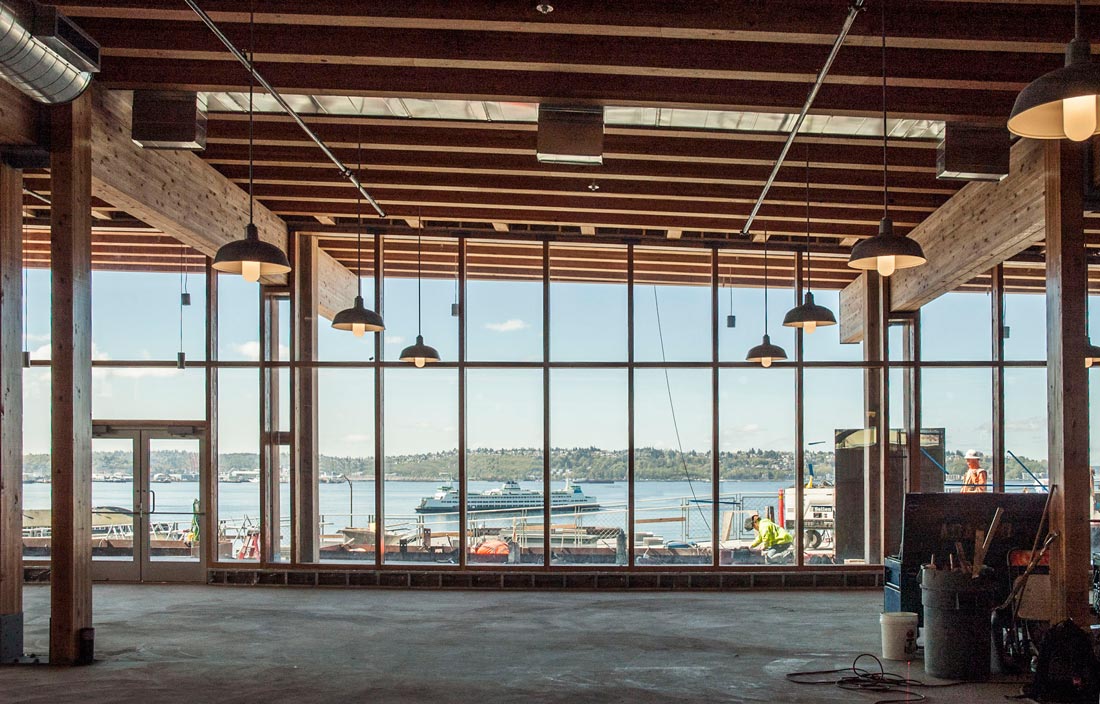 The design team’s vision was to open the city’s treasured landmark with a grand public gathering space, framed by a contemporary lightness and transparency. The team found contextual inspiration in the character of Pike Place Market’s simple utilitarian character, as well as in the concrete post and beam structures and heavy timber elements commonly found throughout the existing market. An extension of the neighborhood, Pike Place MarketFront is inspired by the existing district, adding 50 vendor stalls, 40 low-income and senior apartments, commercial, retail and office space, public restrooms and 300 underground parking spaces. 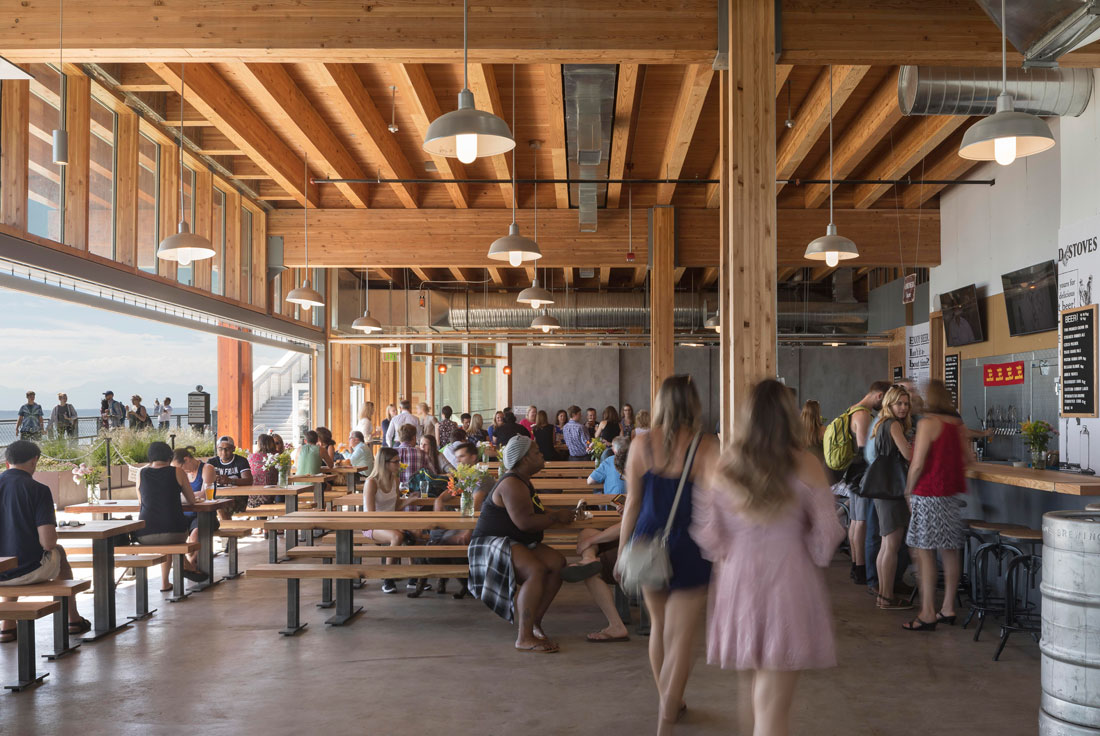 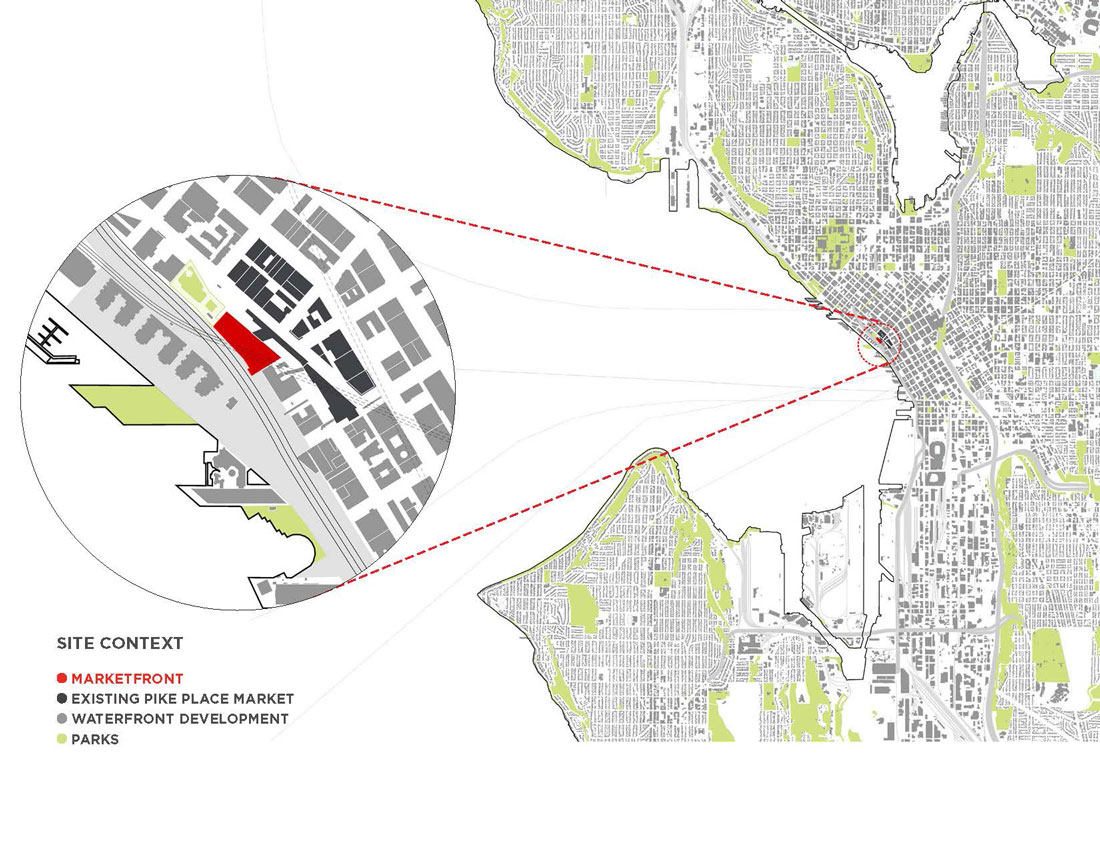 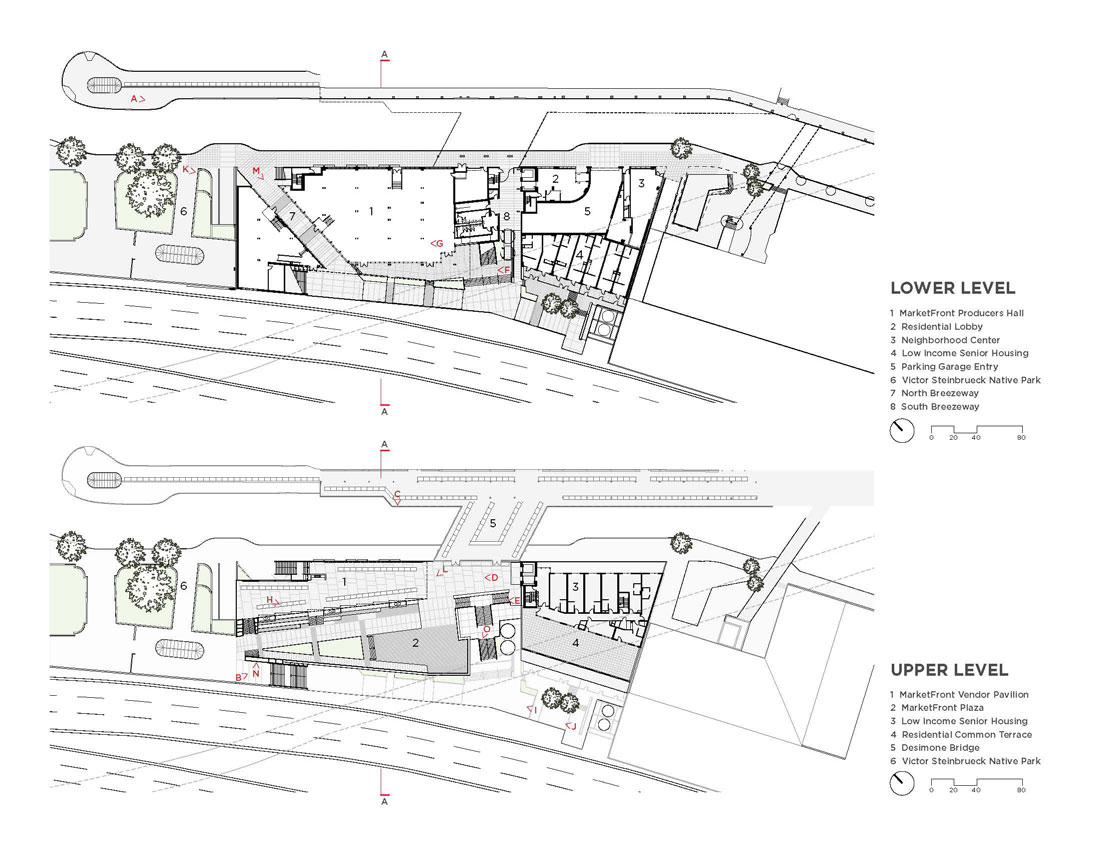 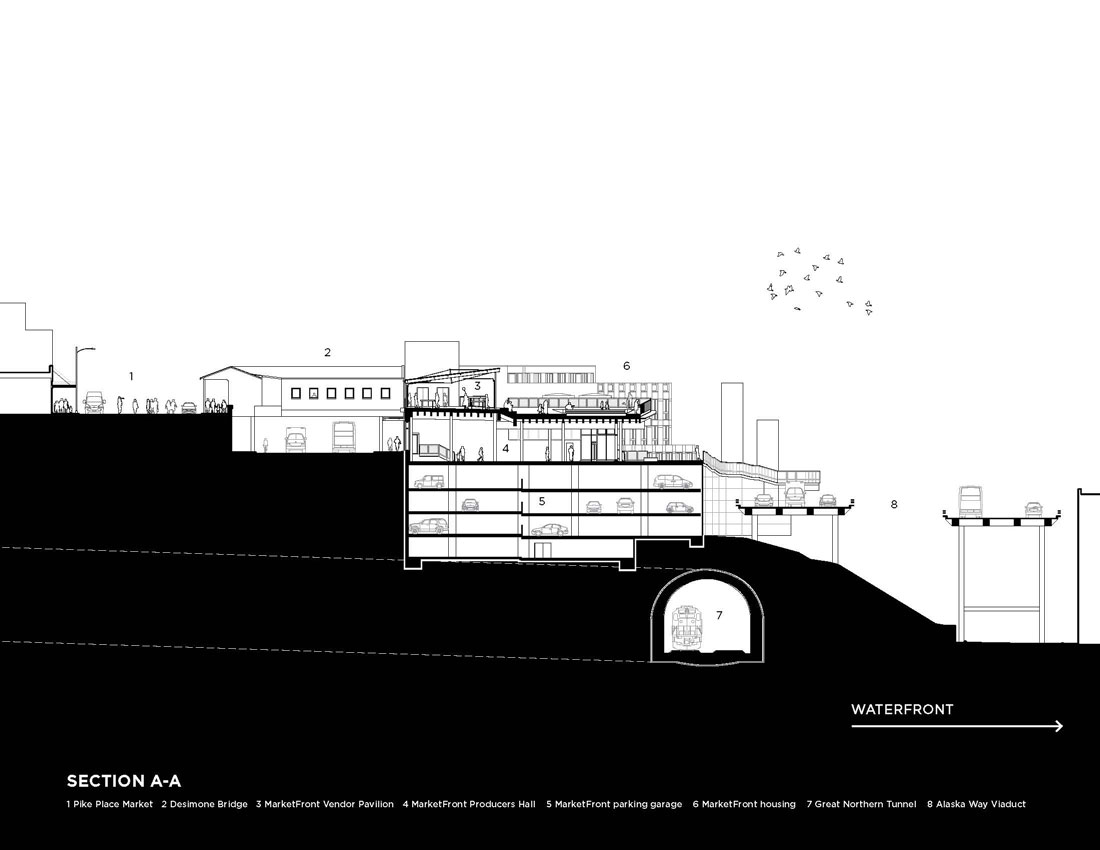