This nursery school in Sakura, Chiba was planned to accommodate 60 pupils.

Seiyu-Kai, a local social welfare firm specializing in elderly care facilities approached us for this project. The overarching concept for this plan started with an idea: “a nursery school is a large house.” 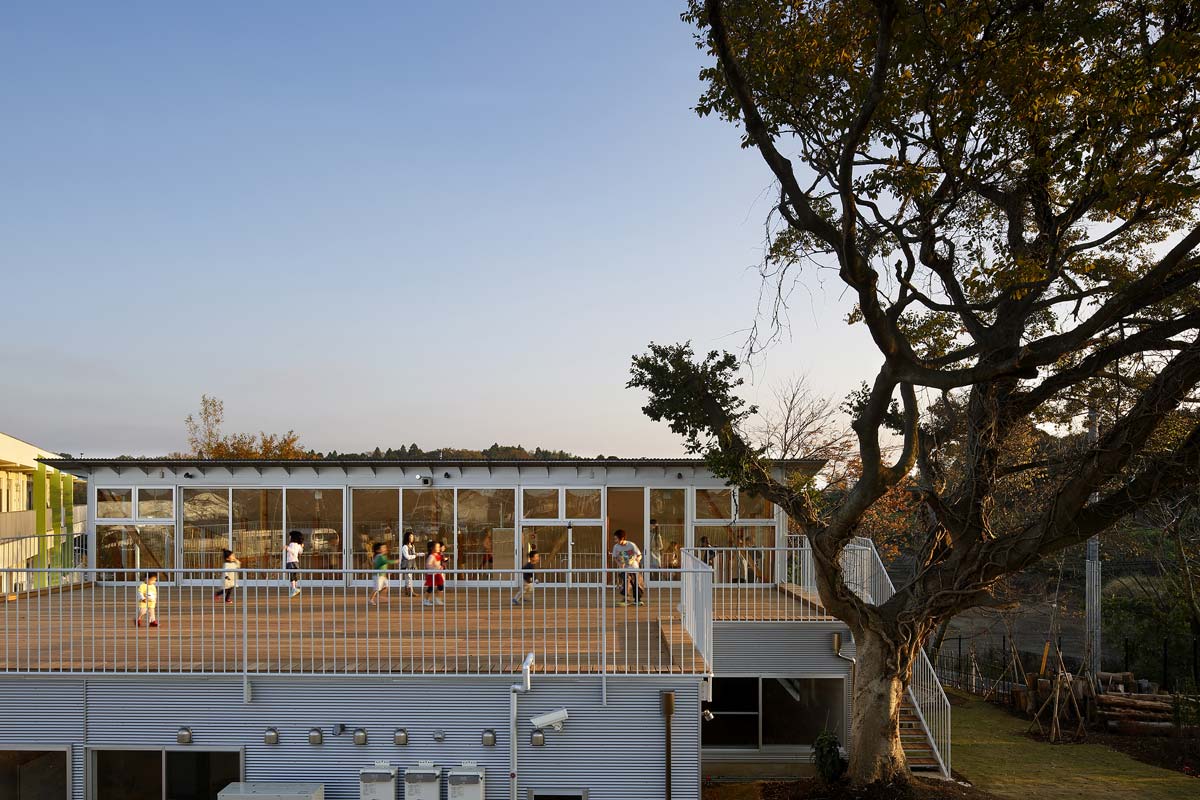 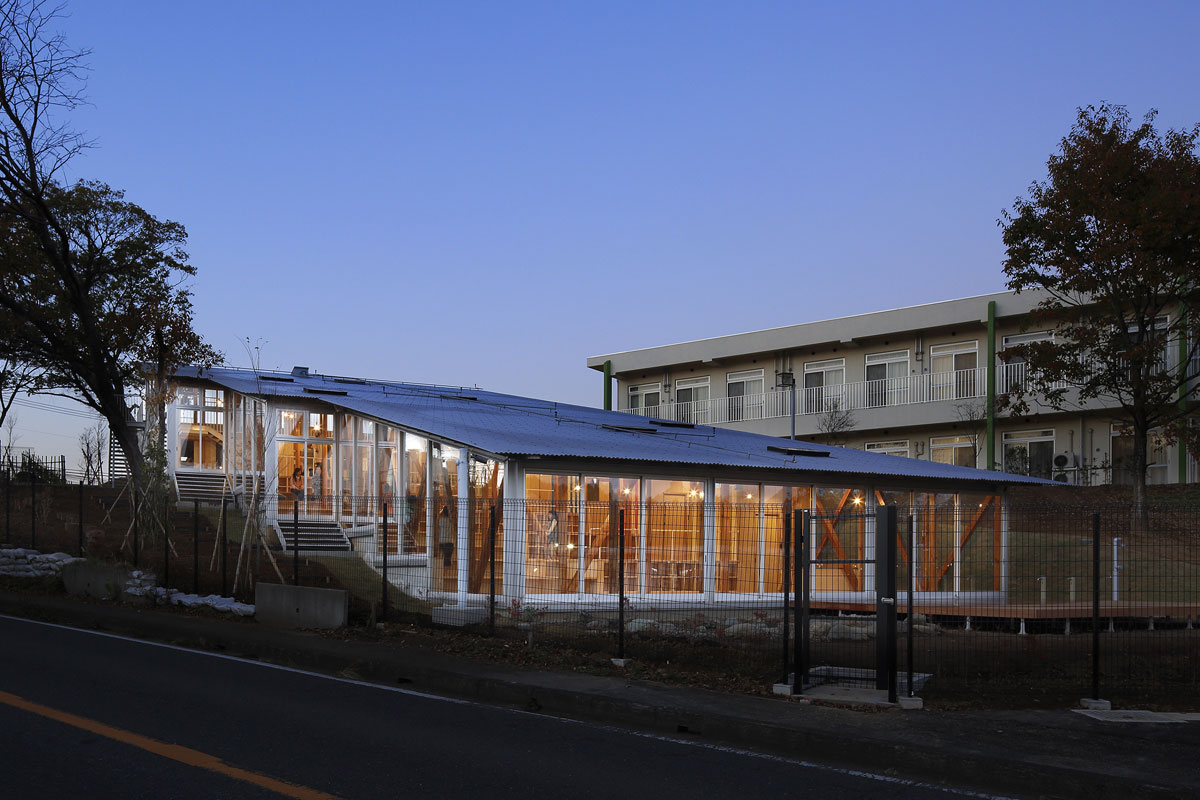 Surrounded by mountains and forest, the southern area of the site rests on a gentle slope. Putting this topography to use, we designed the school room to resemble a large set of stairs. 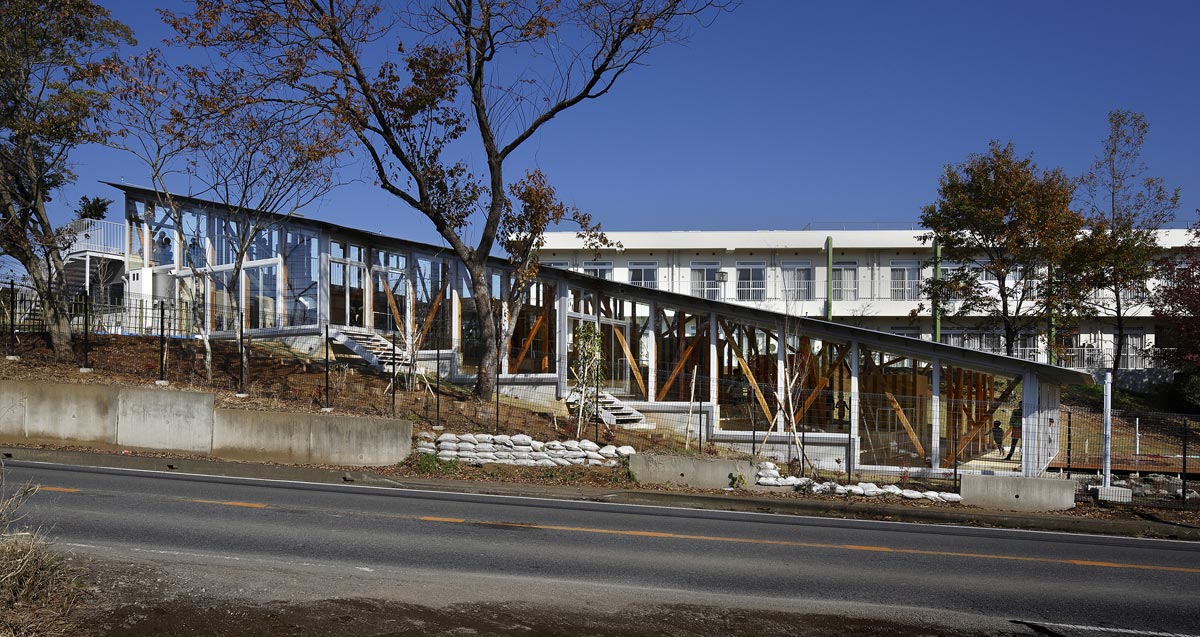 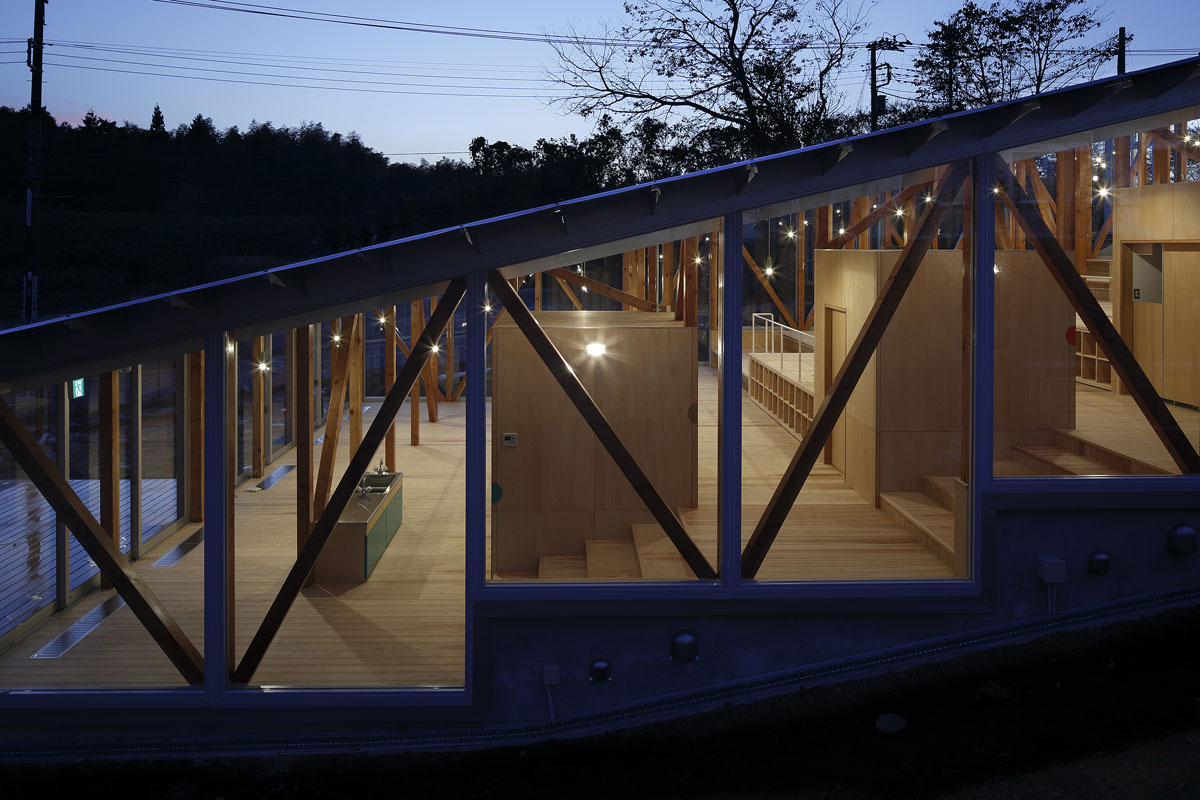 One unique feature of this “large house,” for example, is that a 3-year-old child is in the same room as a 5-year-old and these children of different ages can interact in the wide, one-room space. Additionally, should a 3-year-old child be sleeping while a 5-year-old child plays nearby, these differences in rhythm reinforce the “domestic” qualities of this “large house.” Keeping in line with Seiyu-kai’s longstanding (26-year) philosophy, we made it a priority to minimize the number of blind spots in the room in order to keep safety measures as unintrusive as possible. 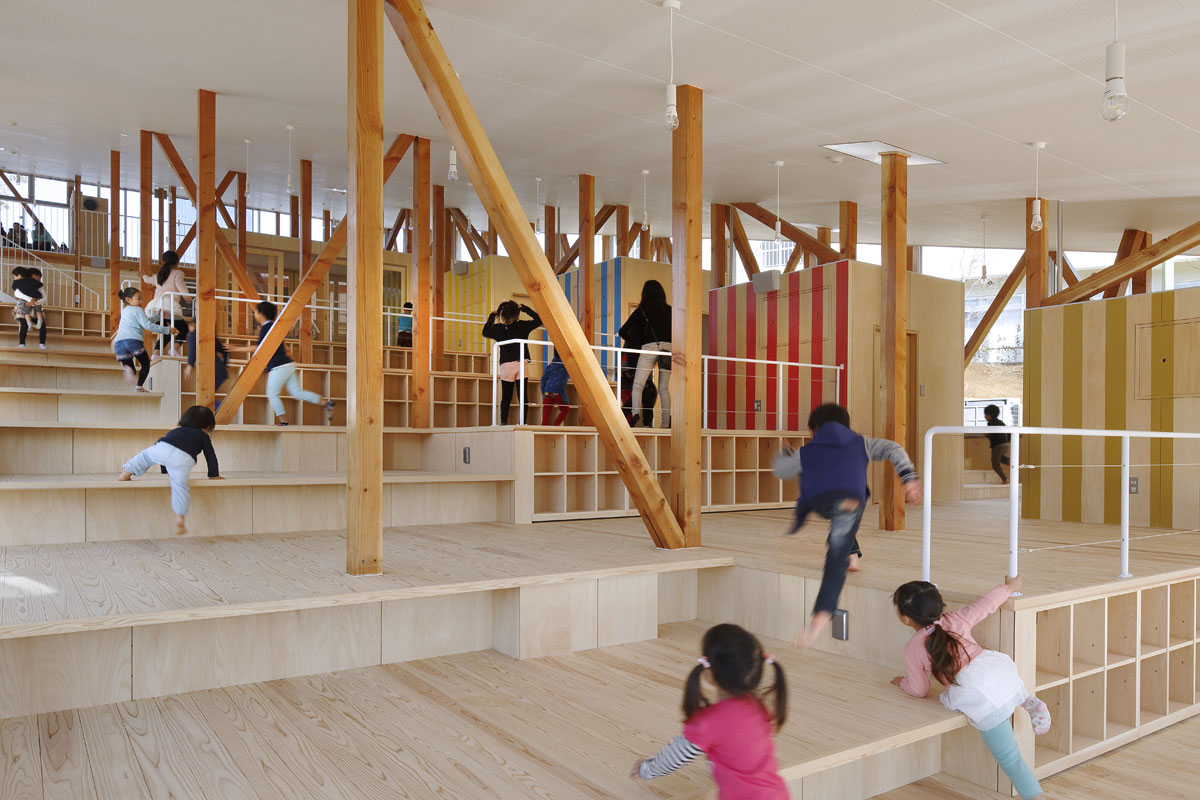 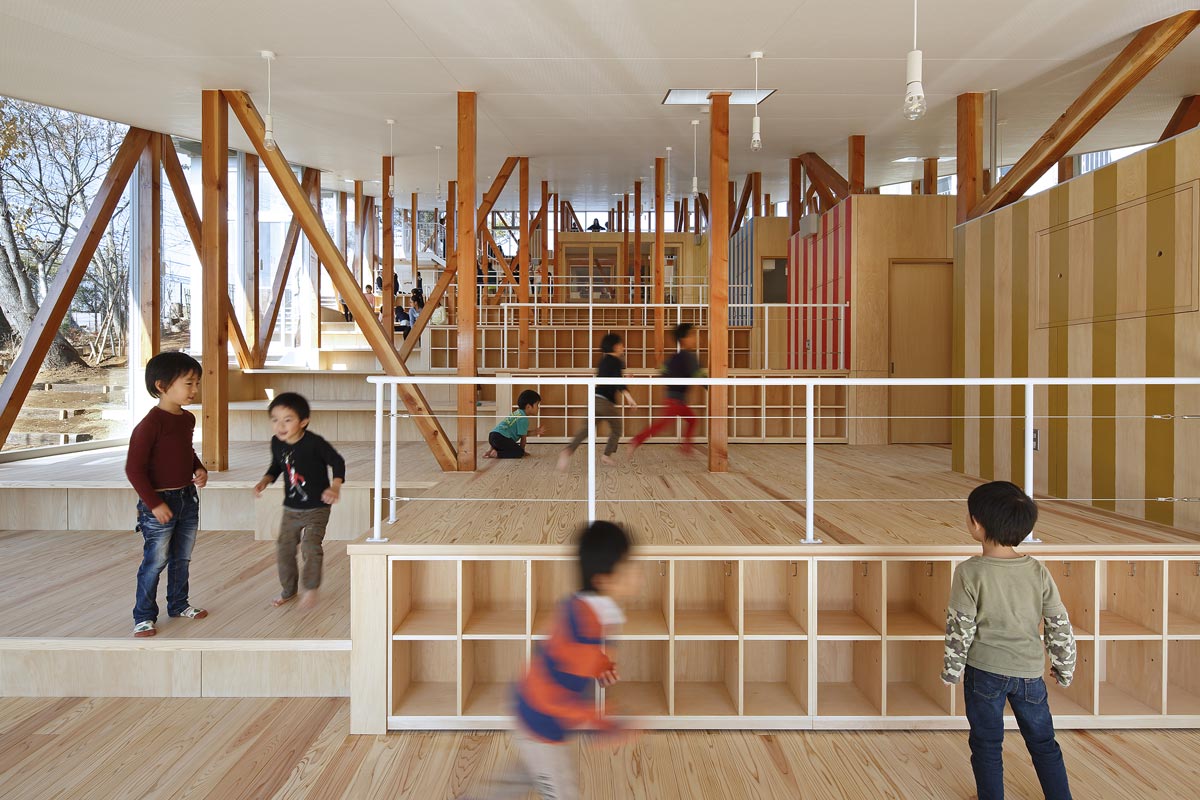 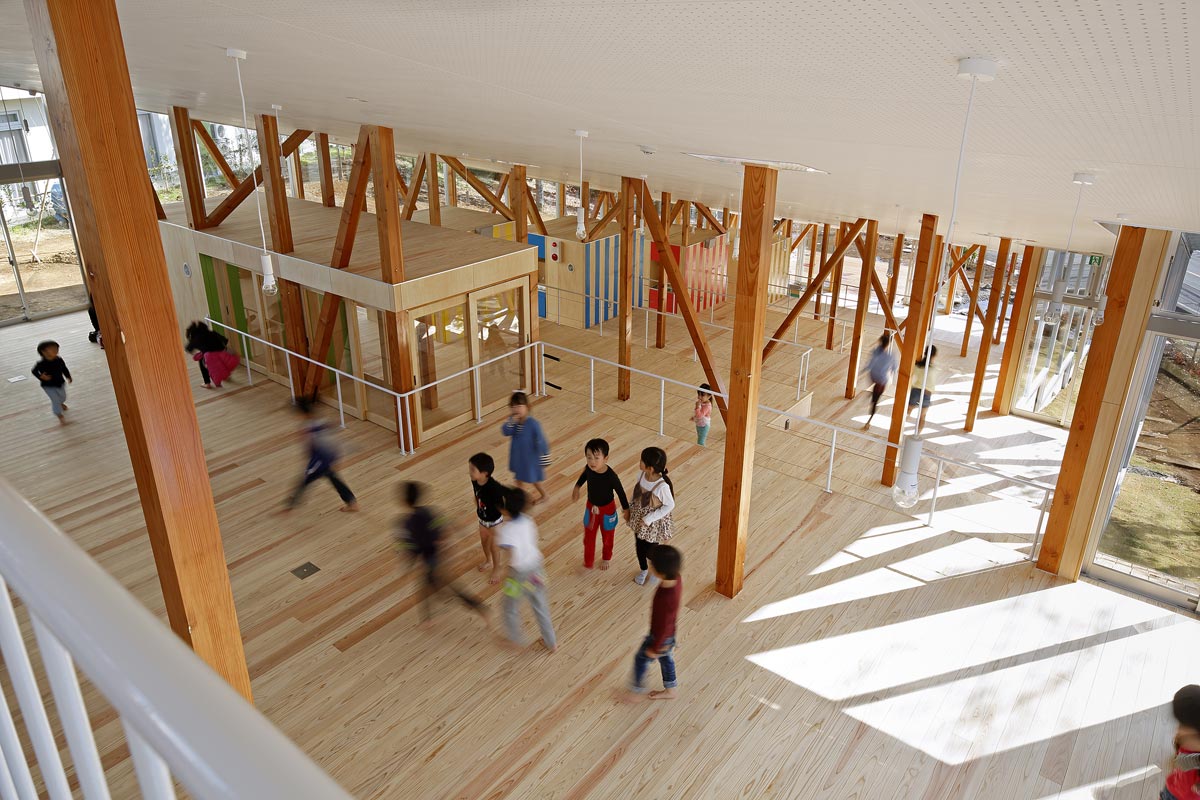 Utilizing large sliding window frames along the northern and southern faces, along with the space created by the slope, ventilation is created as a breeze draws in from the south of the structure, passes through the forest-like interior pillars making its way upwards before finally blowing out across the terrace on the northern side. 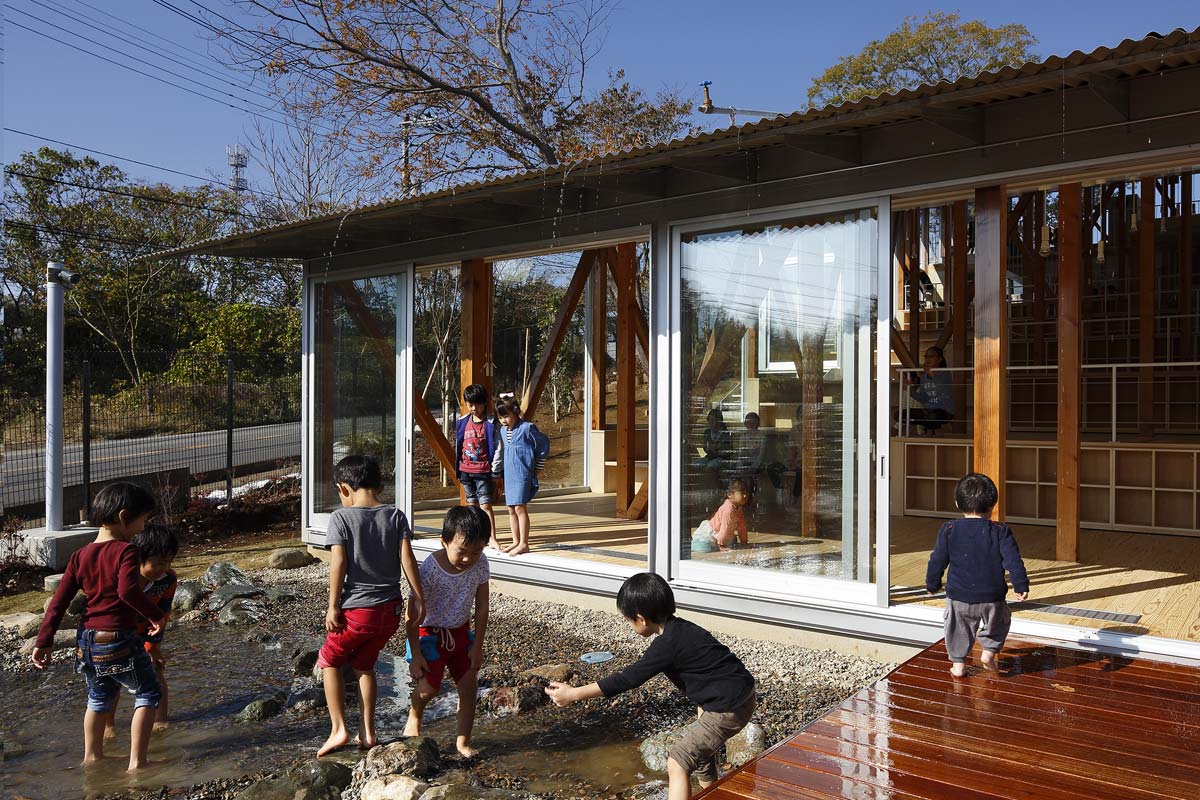 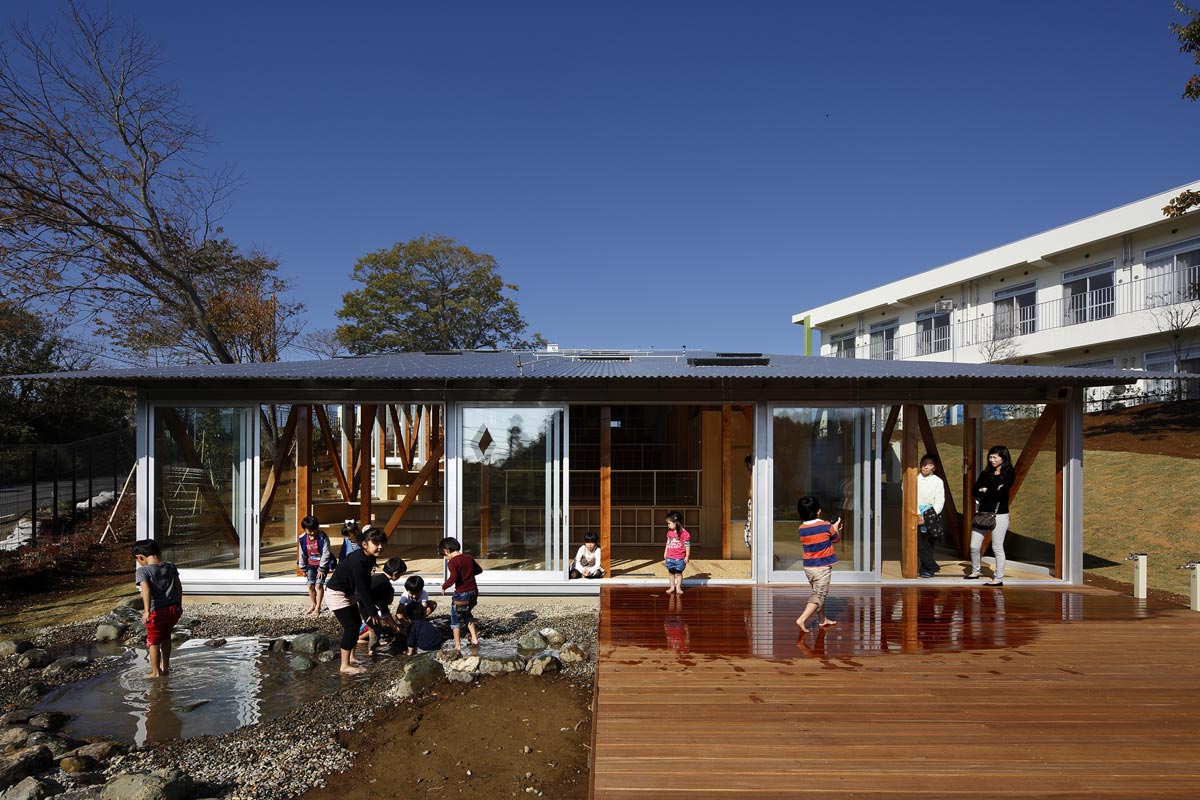 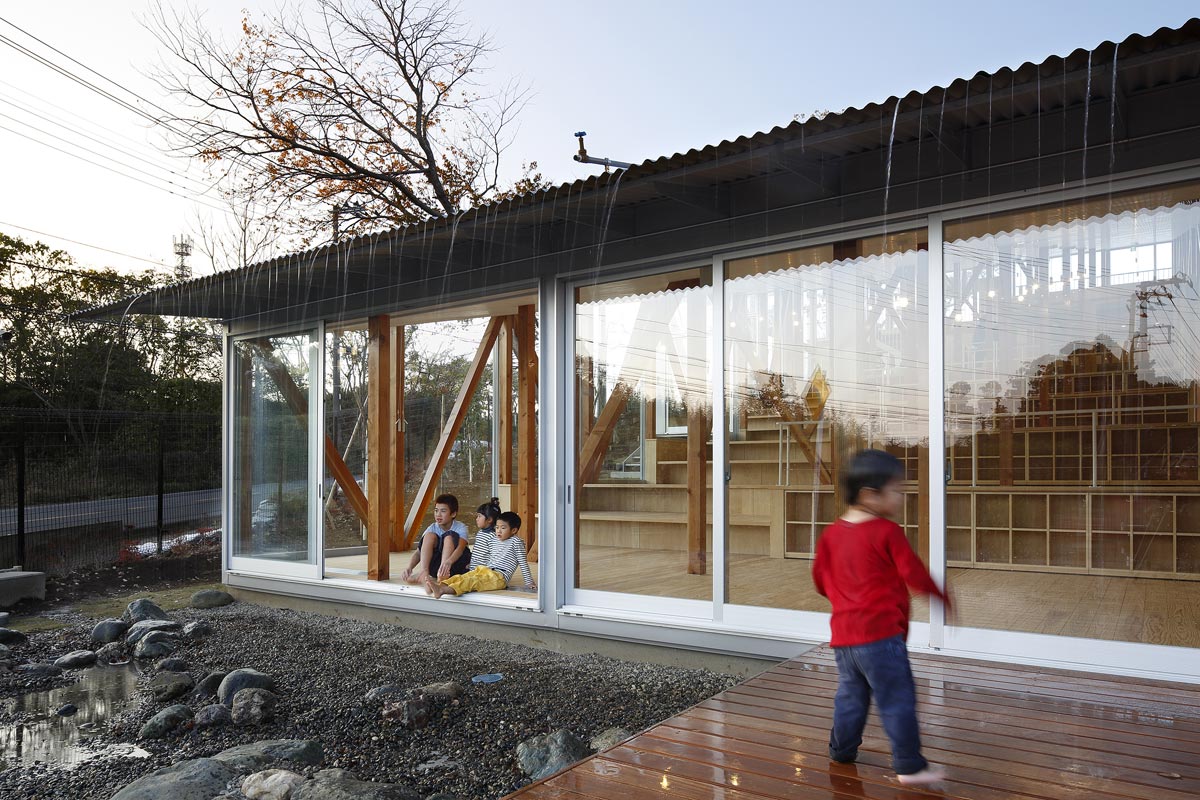 A small pond on the southern end, which gathers rainwater as well as water from sprinklers installed on the southward-slanted roof, also contributes to the airflow as the water is absorbed into the wind that blows into the structure. This was part of a comprehensive plan to create a space that was inseparable from the environment that surrounds it. We believe that in pursuing the original concept of a “nursery school as a large house” we achieved something not unlike the houses in the farming communities that surround it. 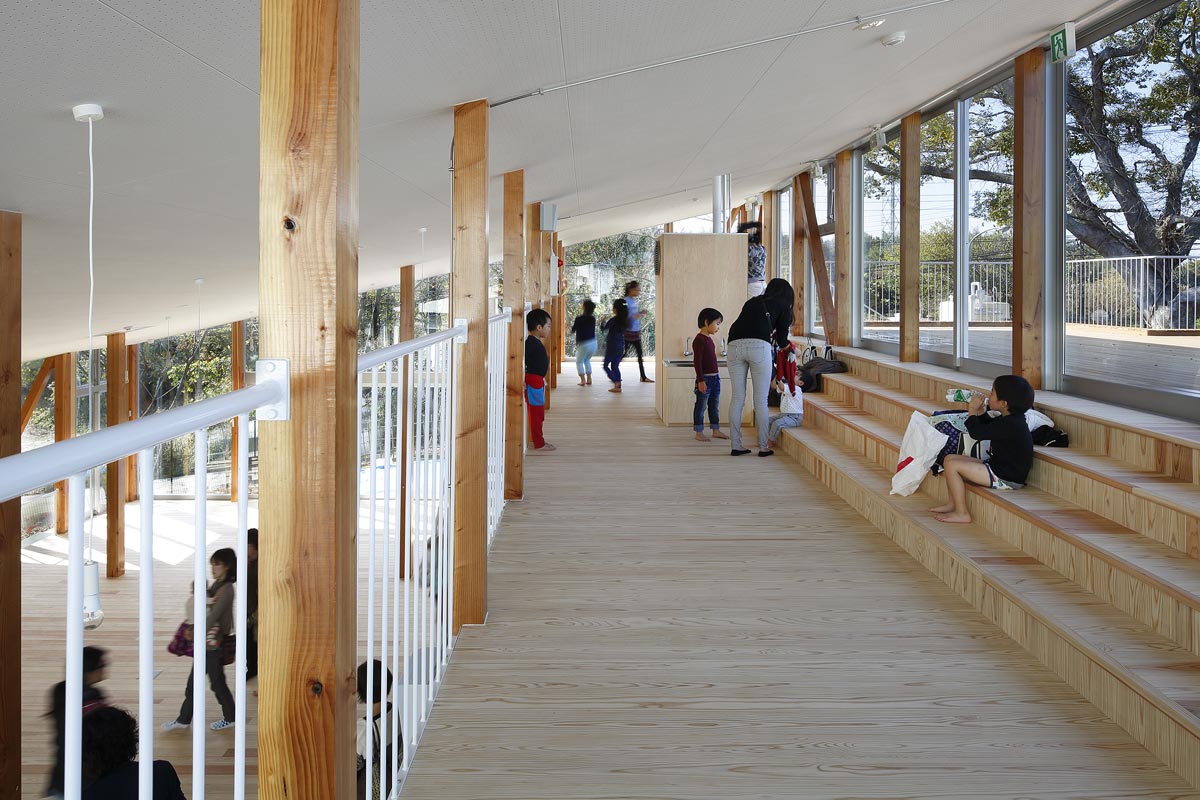 Our goal was to create a space that was not only fun for the children but, by blending into the nature around it, fosters an experience that was greater than the sum of its elements. 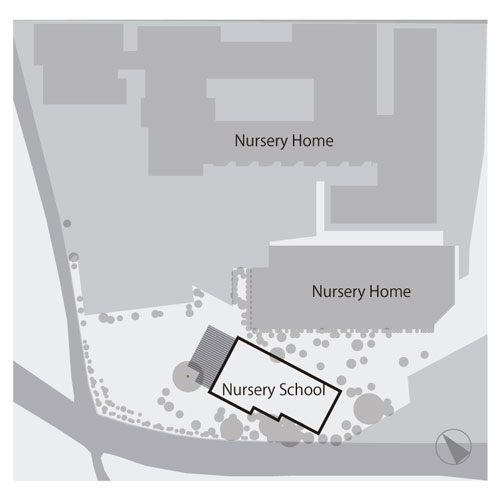