The transport authority of the City of Paris, RATP, owns some of the most strategic pieces of land near the limits of central Paris – Paris’s ring road – enabling an efficient storage of the buses that circulate in the centre of the city. In 2007, our Paris-based office won the competition for a bus depot and maintenance centre for 180 RATP buses and 213 housing units, private and public, on one such plot. The project also comprised a kindergarten, offices for the RATP, some small shops and a senior citizen centre. 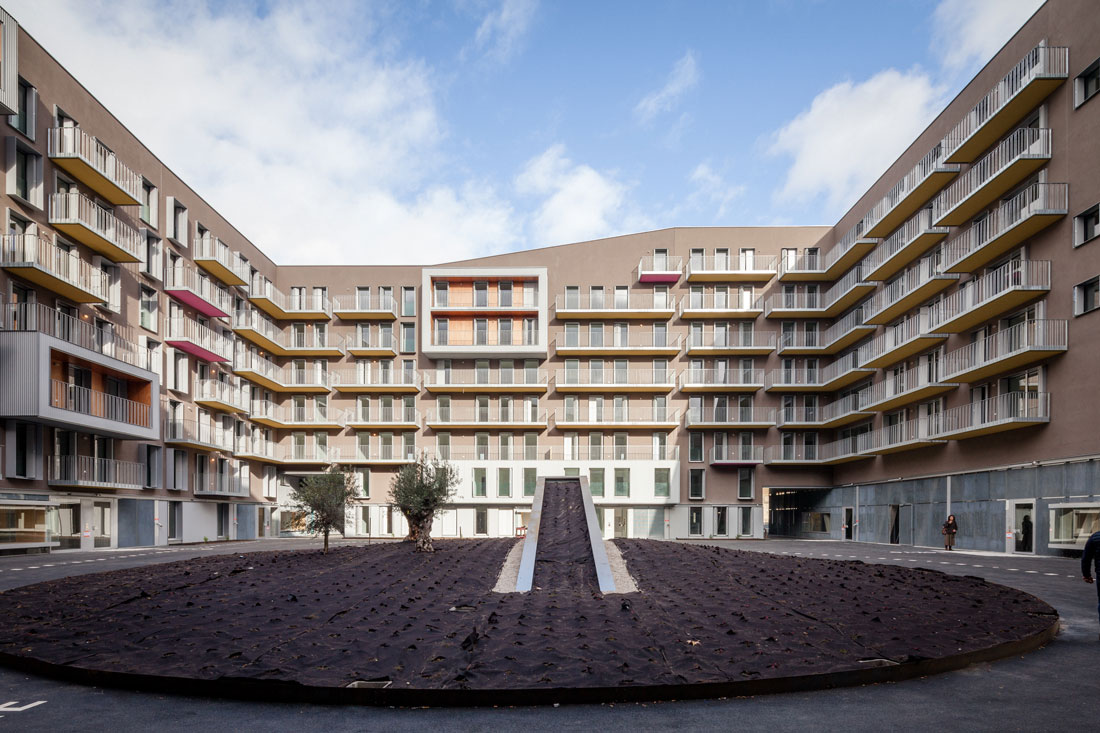 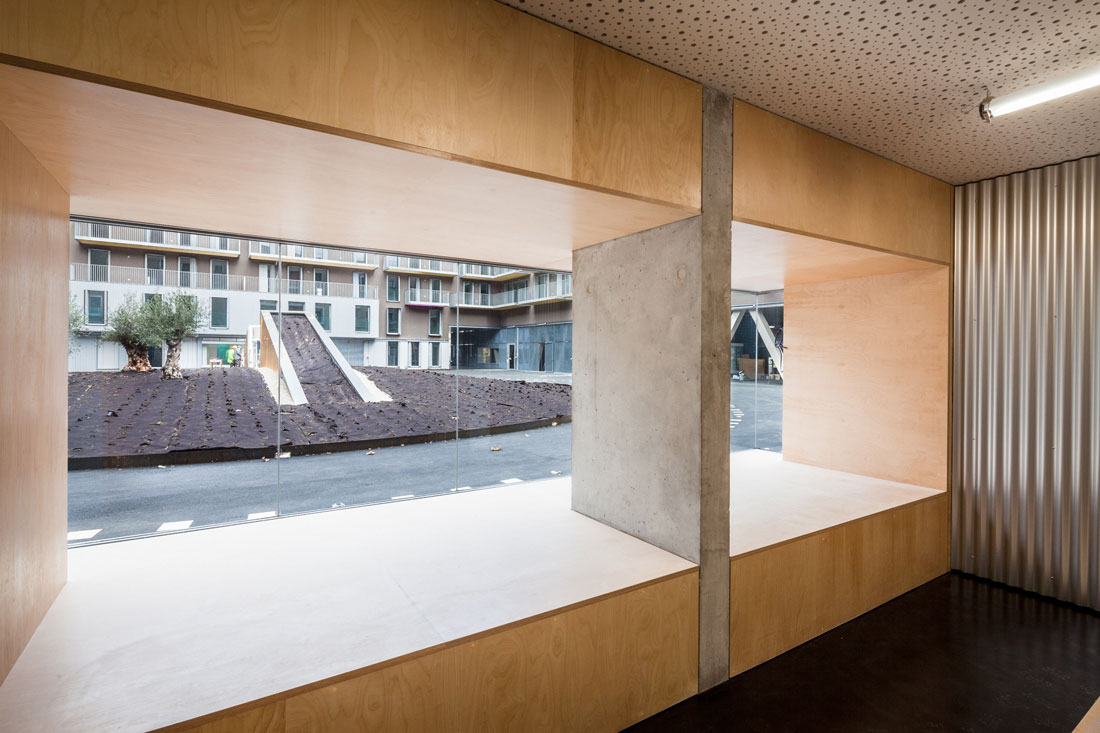 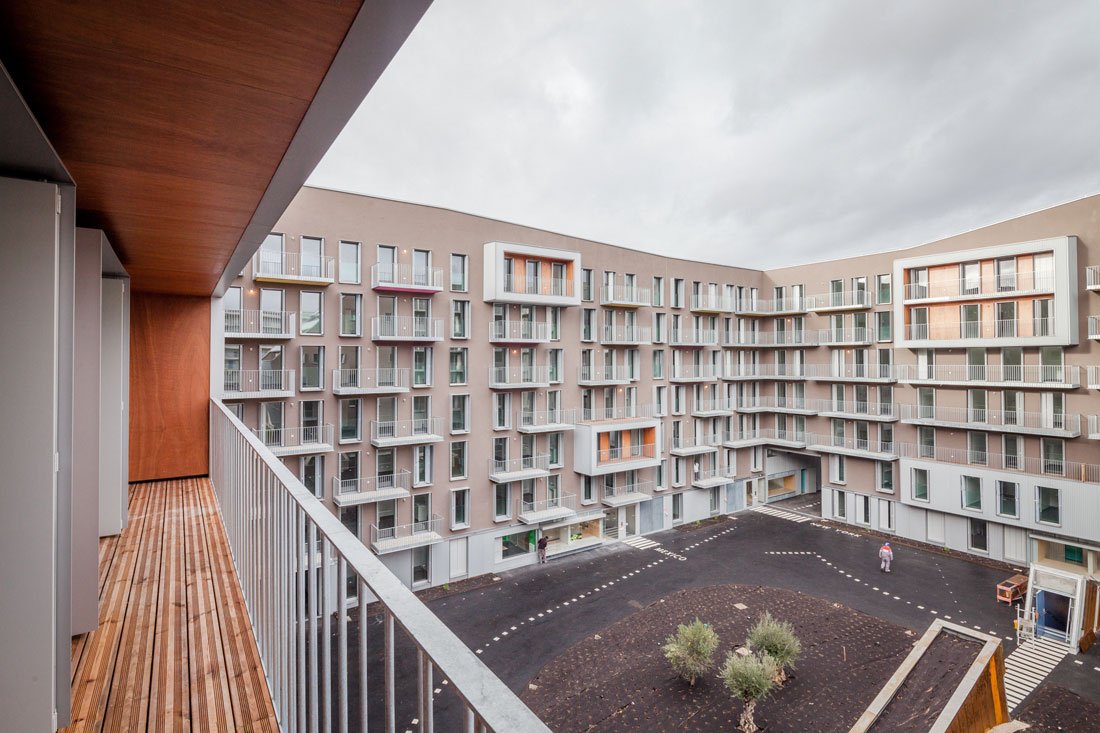 To develop 1.7 hectares on the edge of central Paris is the dream of any architect. Here, it was also a fantastic challenge to insert a complex programme in a dense neighbourhood, with many layers of historical and material complexity. A project of this scale and importance in Paris can be difficult and of extreme political sensitivity. This one has generated never-ending financial negotiations, has gone through programme changes, and has resulted in numerous planning permission documents. 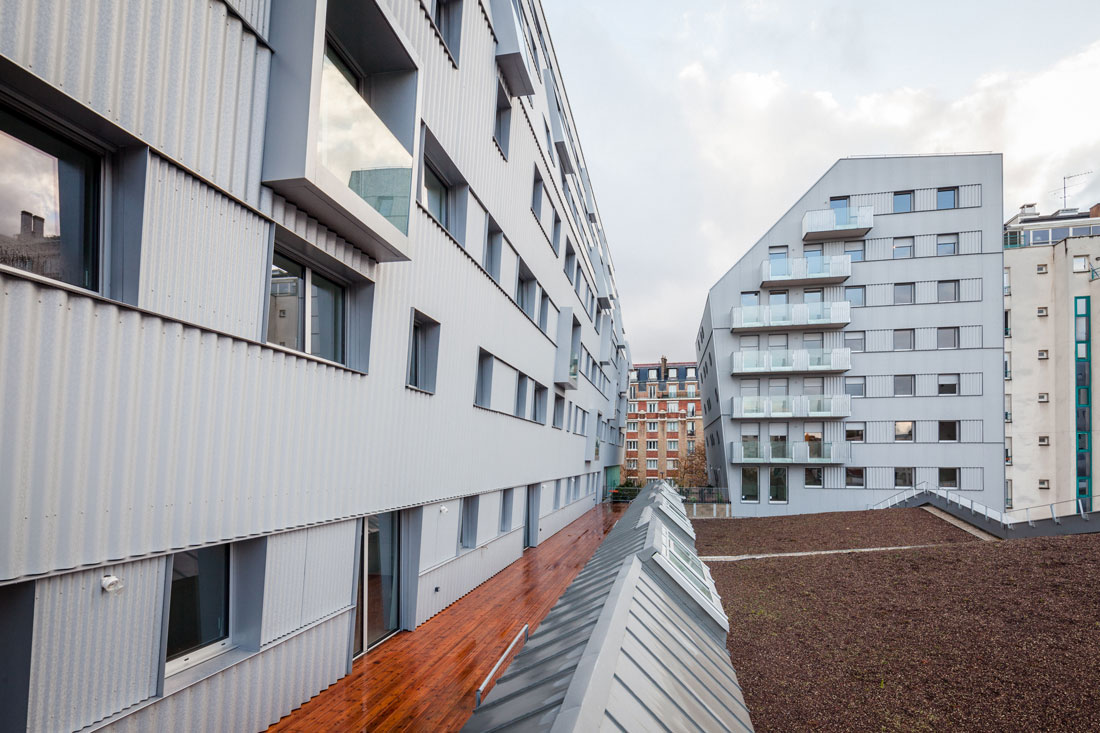 The plot is situated on the southernmost inner edge of Paris, facing a cluster of post-WWI social housing blocks built of brick and concrete. These very visible blocks create a lively neighbourhood juxtaposed to the Cité Universitaire Internationale established in 1925 for students to gather and meet. Amongst other notable nearby pearls are the famous Atelier Ozenfant by Le Corbusier and the Haussmannian Parc Montsouris designed by Charles Alphand.

Architectural juries comprise administrative and political figures representing the client and architects. In order to be awarded other projects by the same client, these architect-jurors tend to defend the project which the client favours. Although the site’s complexity and centrality were intimidating, our project had to be eye-catching and innovative, a theoretical, critically acclaimed proposal which would be open to appropriation by everyone. It also had to be altogether open enough to sustain possible evolutions and strong enough to retain its main ideas. We tried to rethink the mix between programme and use on a scale large enough to offer another way of living in the city: an integrative urban assemblage. 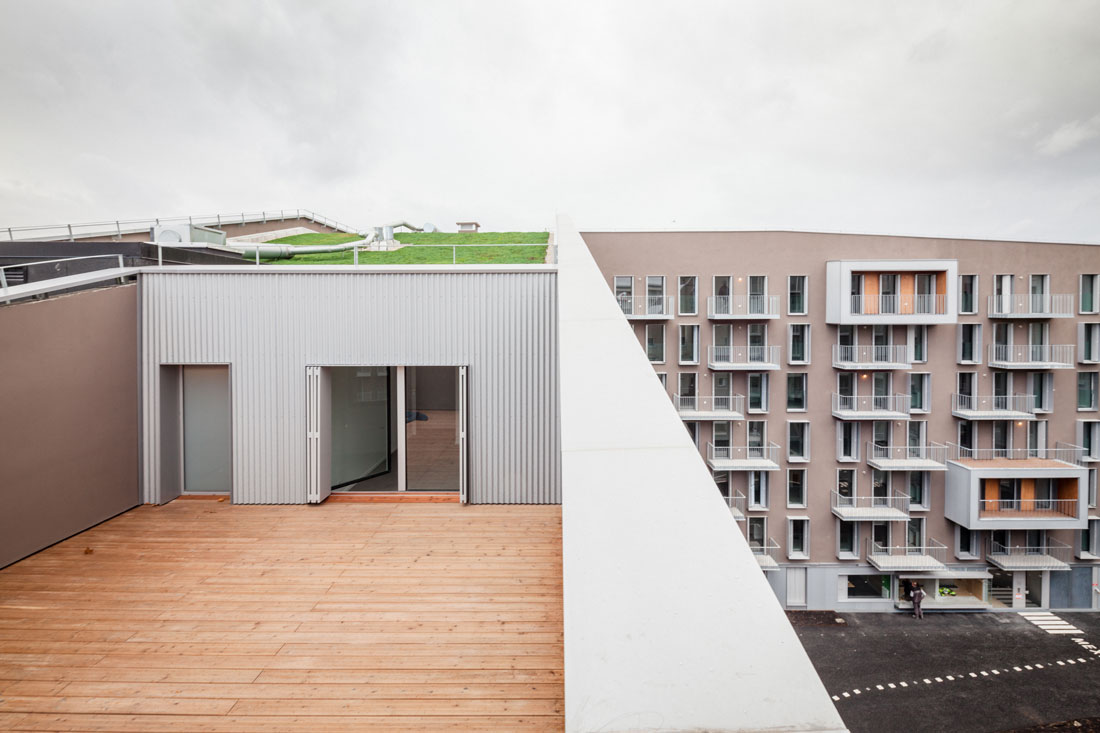 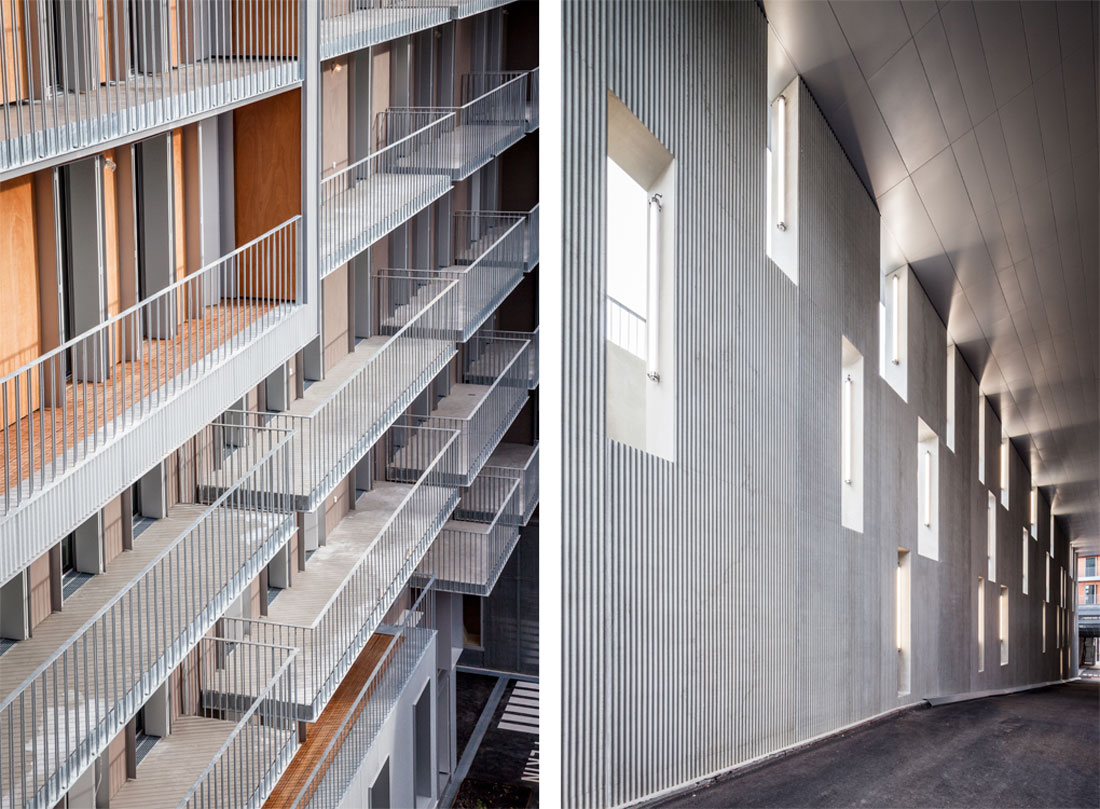 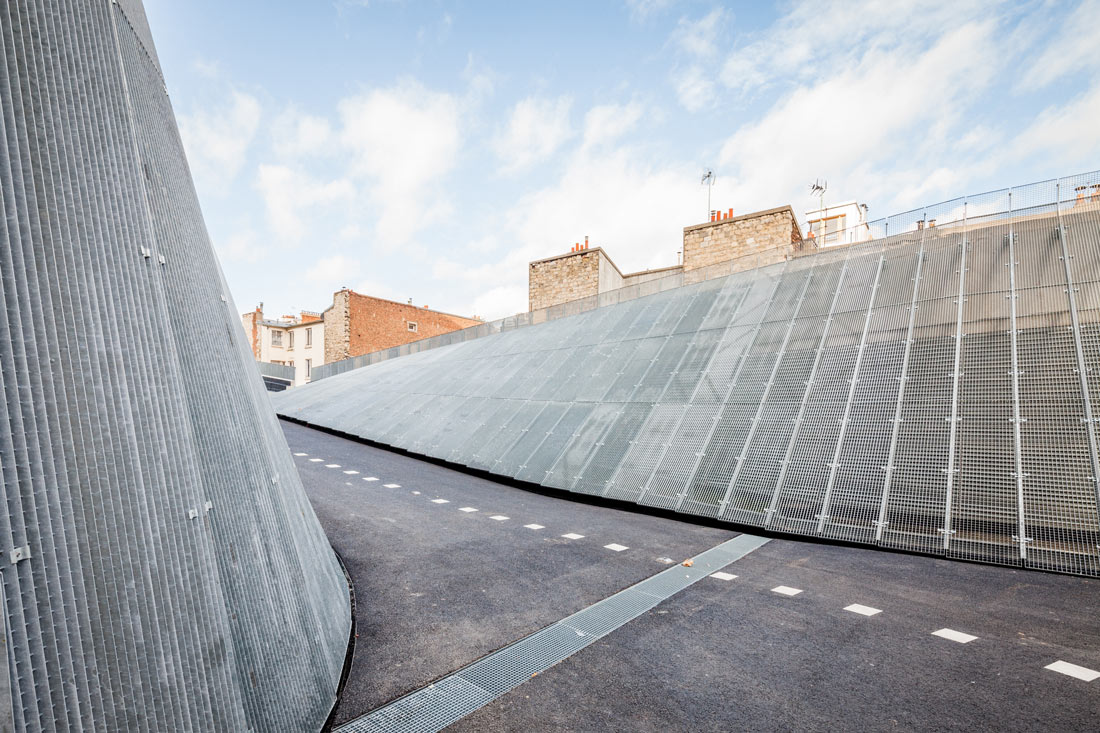 Modernism has bad press; it is often synonymous with repetitive alienating urban figures with no relationship to their surroundings or to the ground on which they stand. Here, we wanted “Big” to be integrated, varied and liveable. 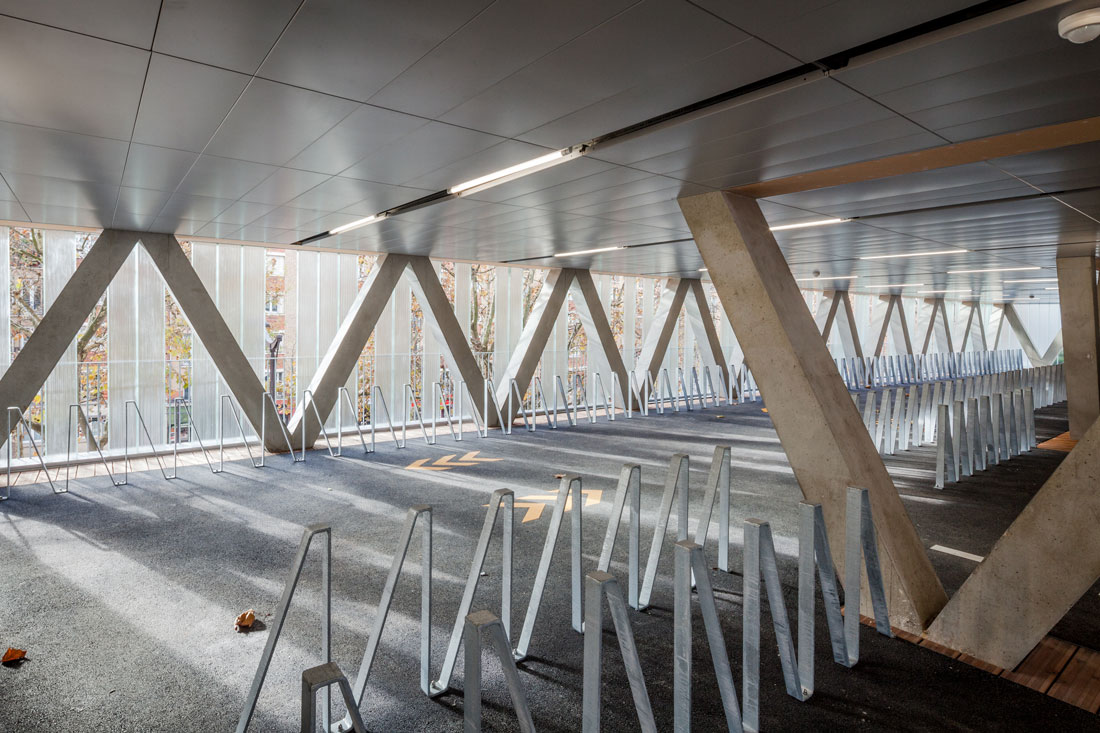 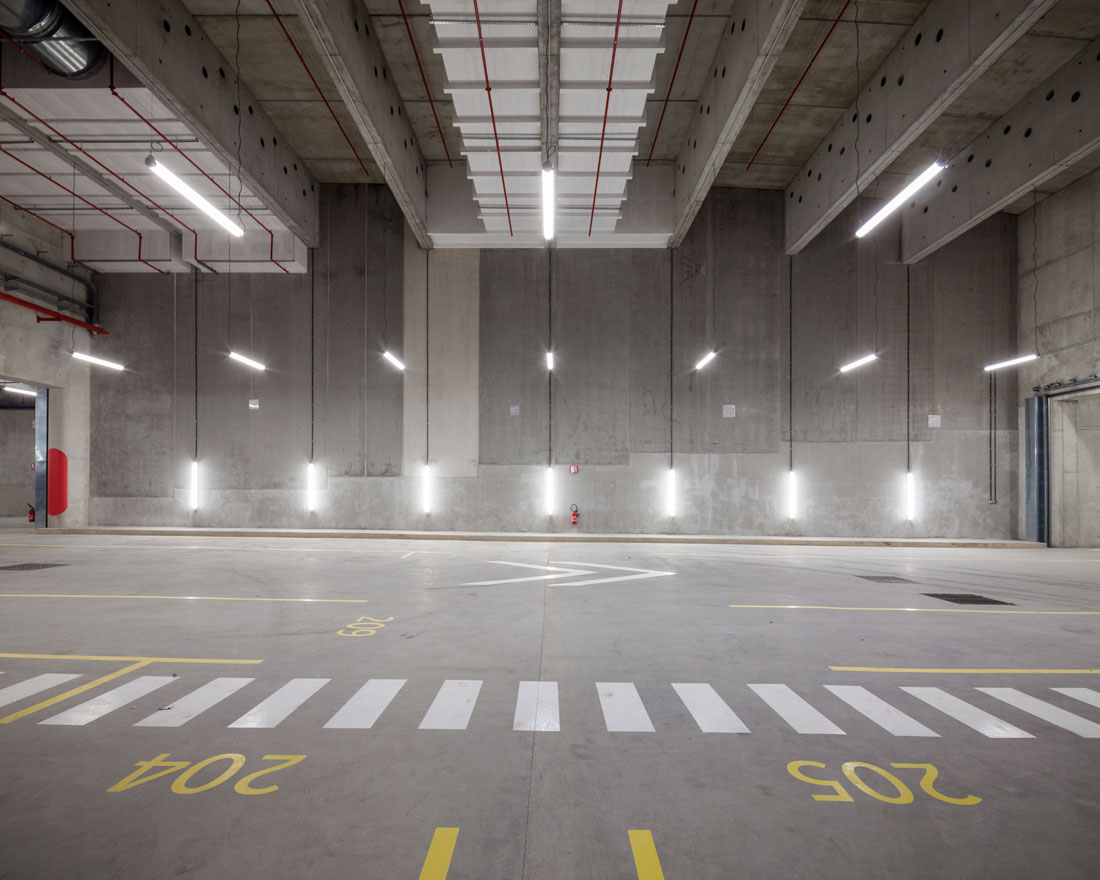 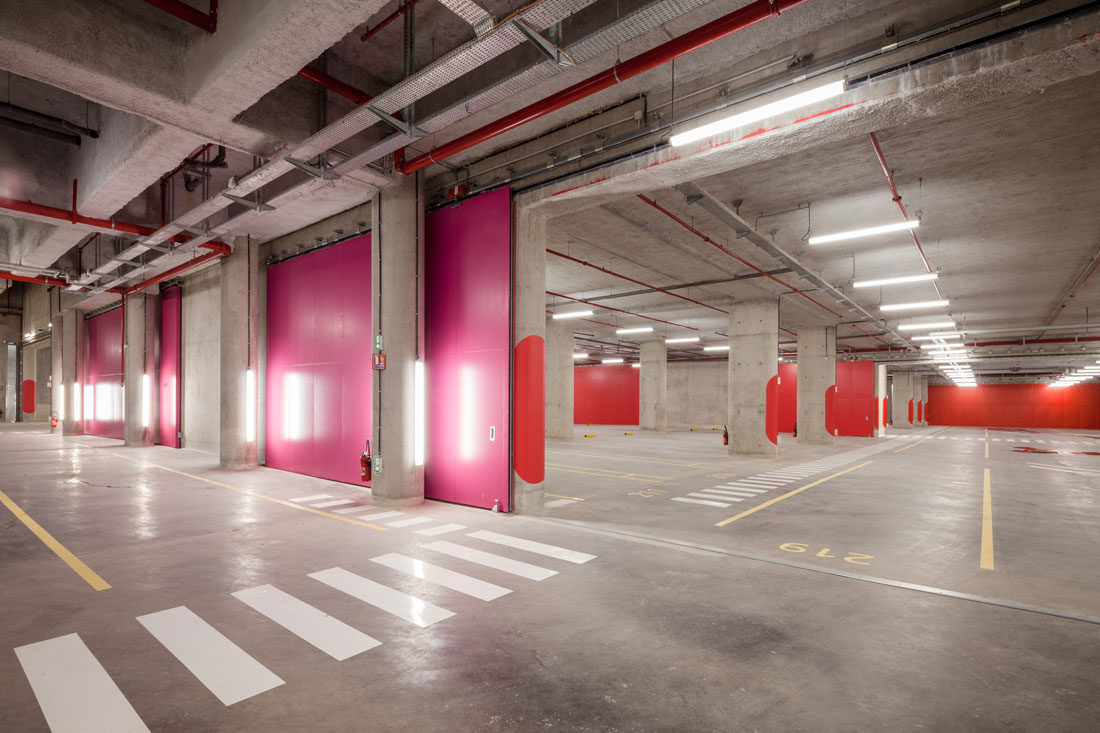 The project was to cover the entire site. The kindergarten was previously buried under the transport infrastructure; instead, it needed to be located on the superior level of the depot to bring in sun, fresh air and light to the children. The boulevard rises via a ramp to the third level, terminating in a courtyard as large as the dome of the Pantheon in Rome. This open space distributes the apartments, with 4-, 5-, 6- and 7-floor buildings, respectively, surrounding its asphalted surface. It becomes a common space for children to play and for the inhabitants to hold large outdoor gatherings, extending to the 2,000 m2 associative “Agri-roof garden”. The massiveness of the volume is cut in such a way to allow views from the boulevard through to the rear of the plot. The mass is integrated in the density of Paris yet creates a new urbanity within its walls, where different populations coexist. It is a small town within the big city. 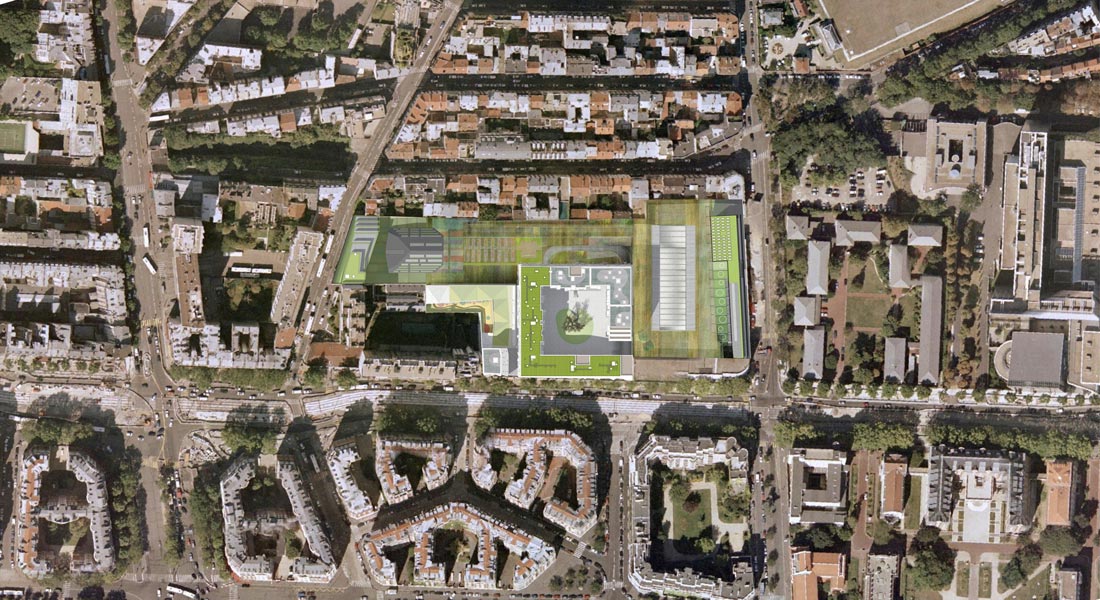 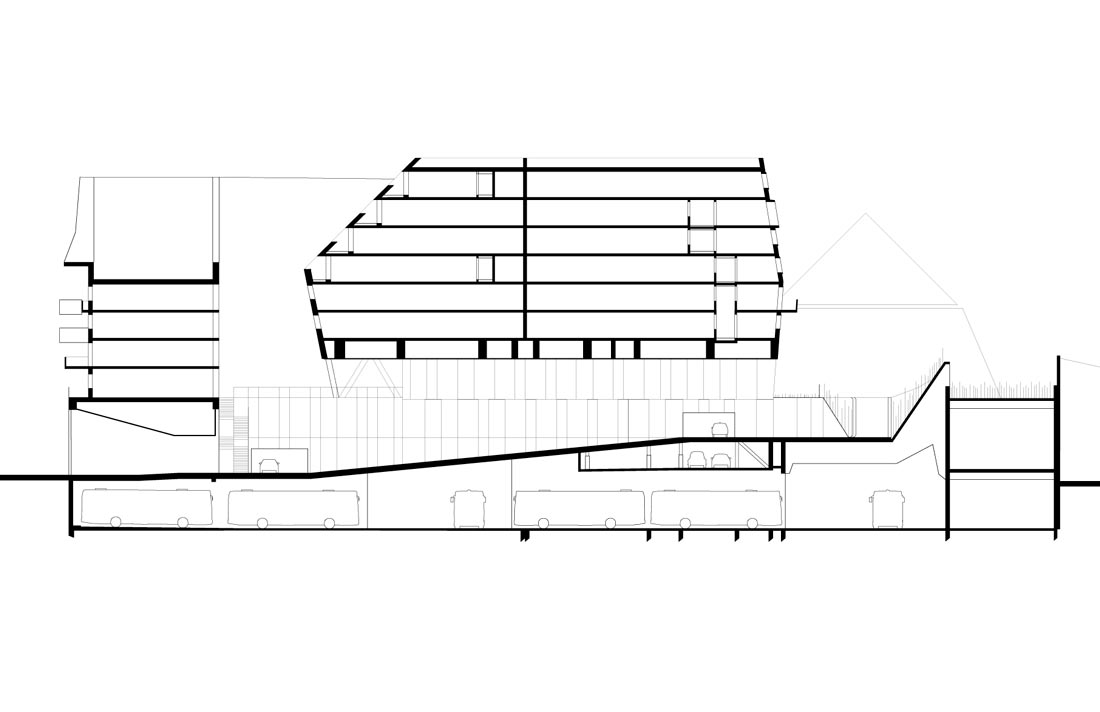