Why Not Academy Primary School

The Why Not Junior Academy is a school built and launched by the inhabitants of the district of Mathare in Nairobi, Kenya. Within a few years after its completion, the school received nearly 200 children divided into twelve units and was able to integrate itself into the life of the slum community, becoming an important place of reference for many families. Because of its early success, the school began to suffer shortages in some services, mostly those related to the canteen and kitchen. In a context of severe poverty, ensuring food for the students is a fundamental component that affects the school’s operations and the engagement of a sufficient number of members. The school also needed redevelopment of the outdoor areas, in part due to a landslide on the adjoining land. 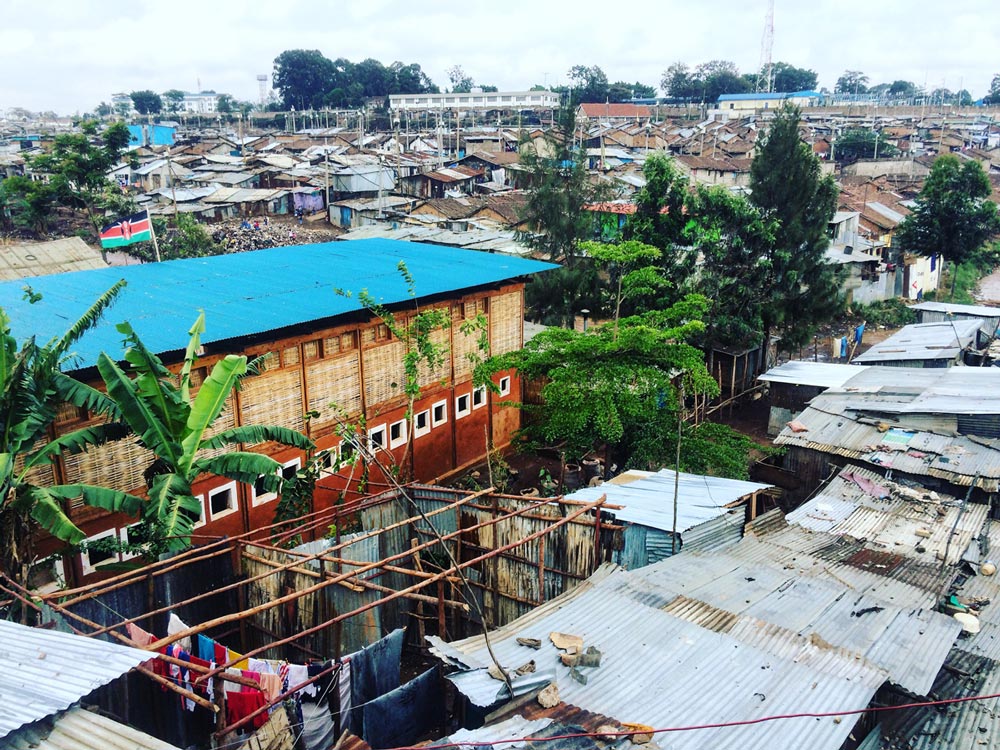 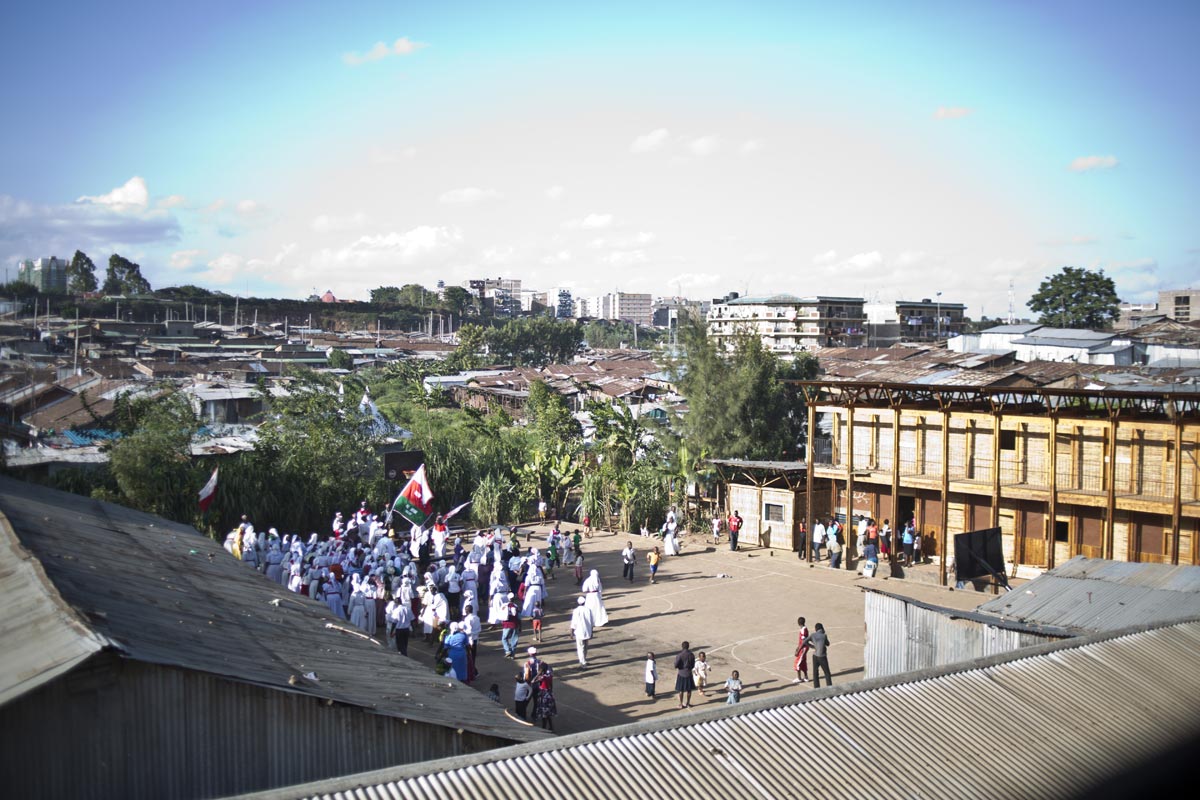 The first phase of the “Why Not Academy” project was the construction of a porch that serves simultaneously for shade and rain protection, as well as for water harvesting. A new kitchen was built, together with self-managed agricultural production, using all the available space to ensure adequate nutrition for the children. The vegetable garden is located on a former illegal dump, which has been cleaned and decontaminated. 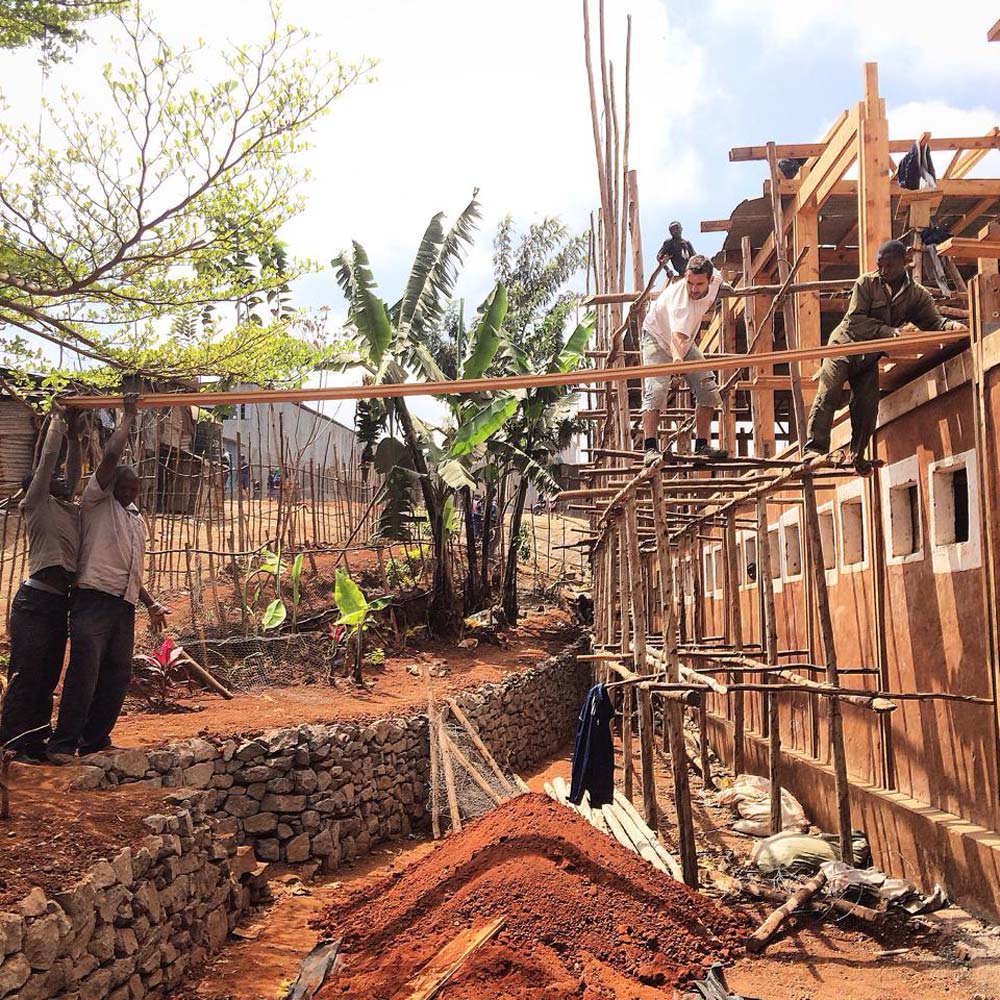 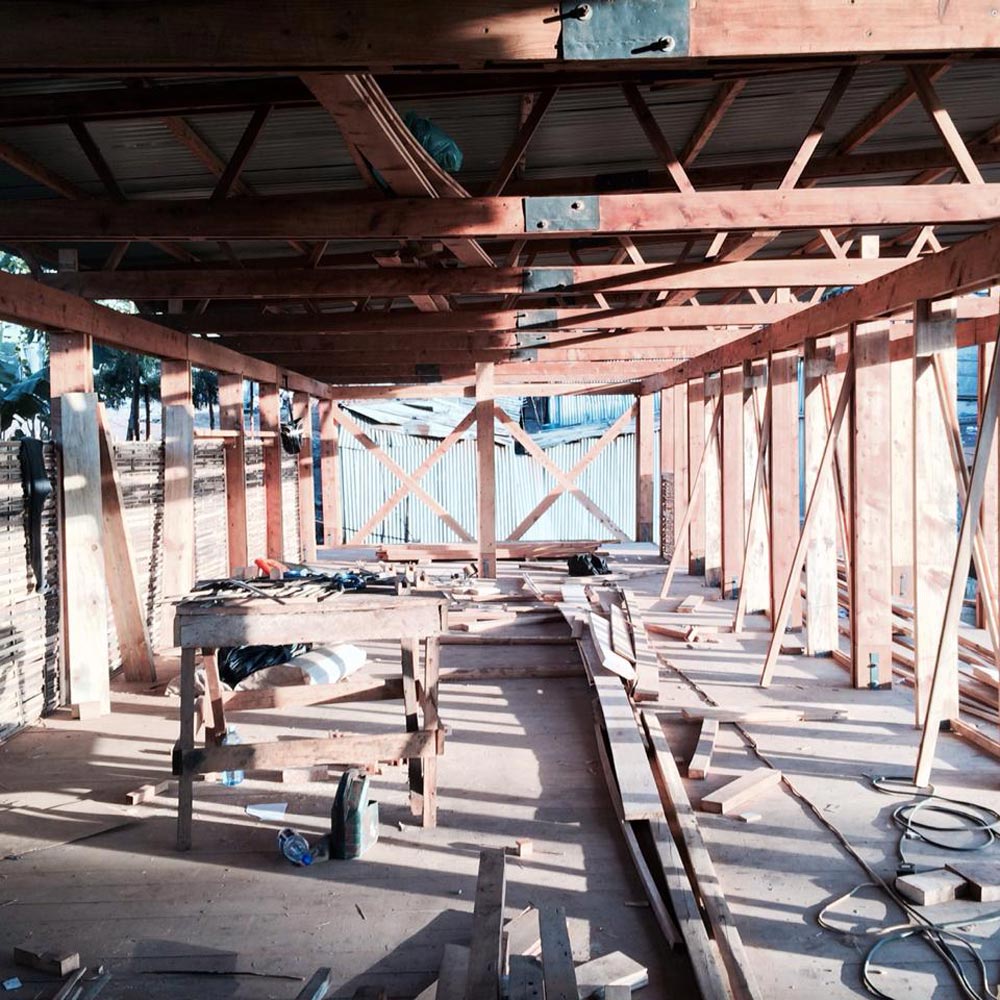 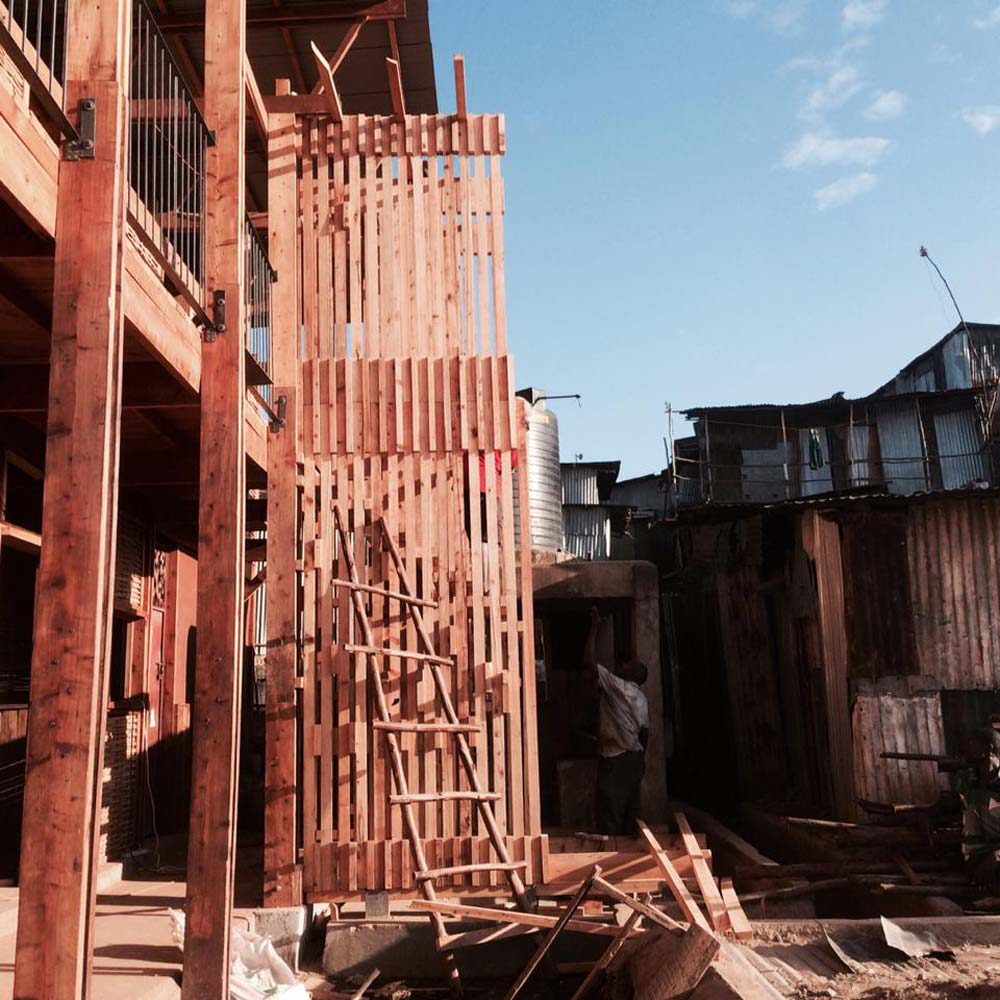 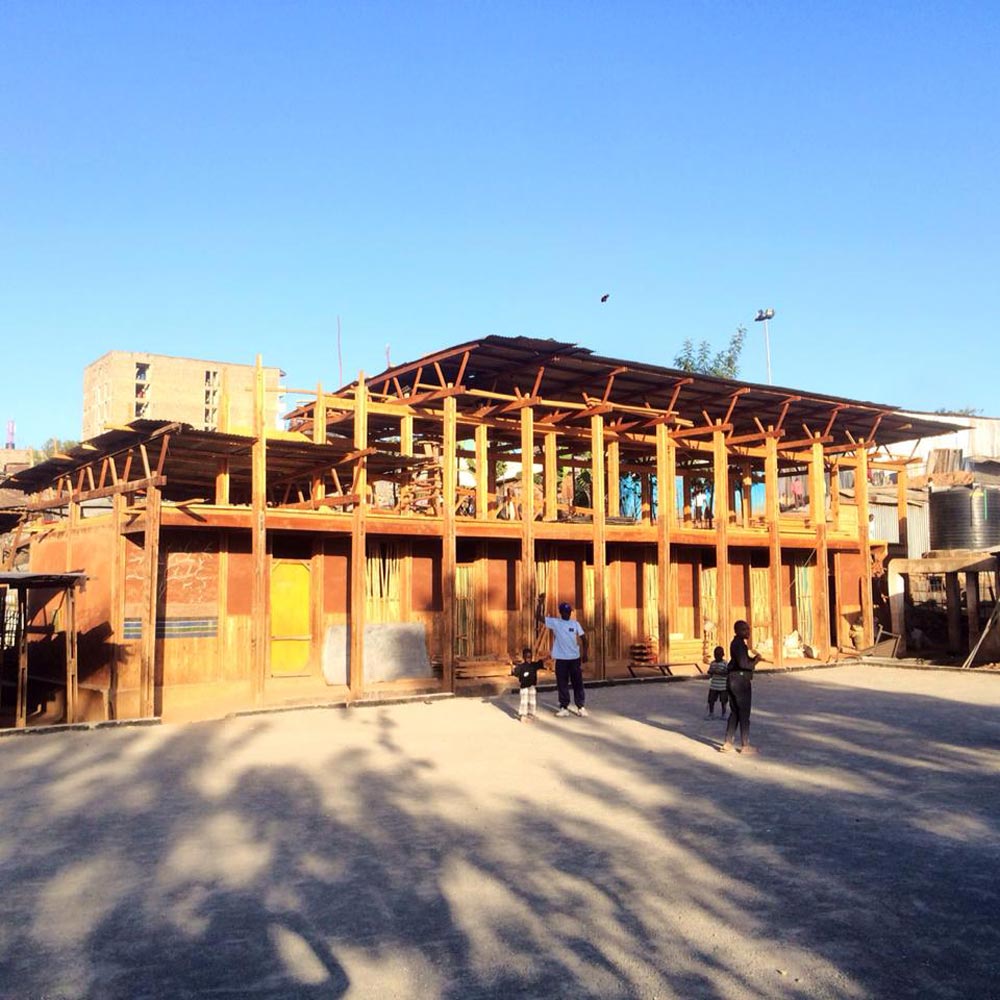 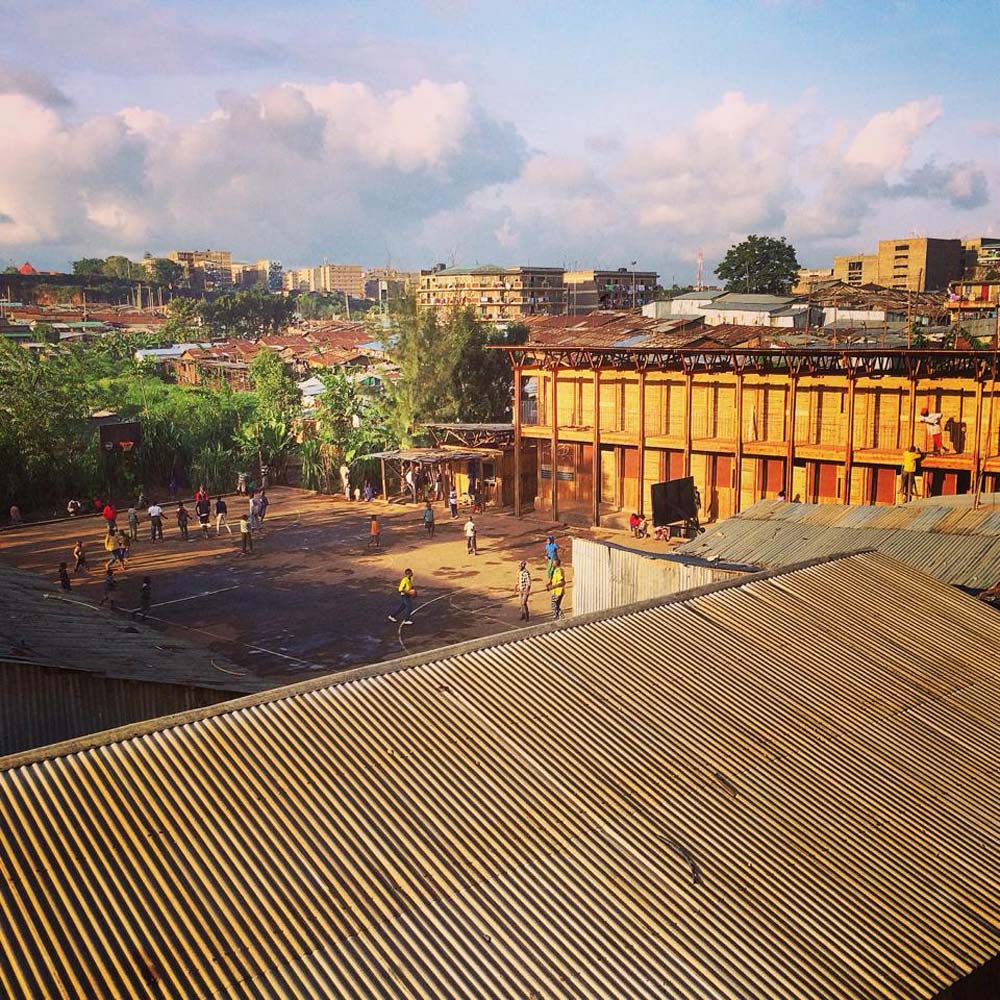 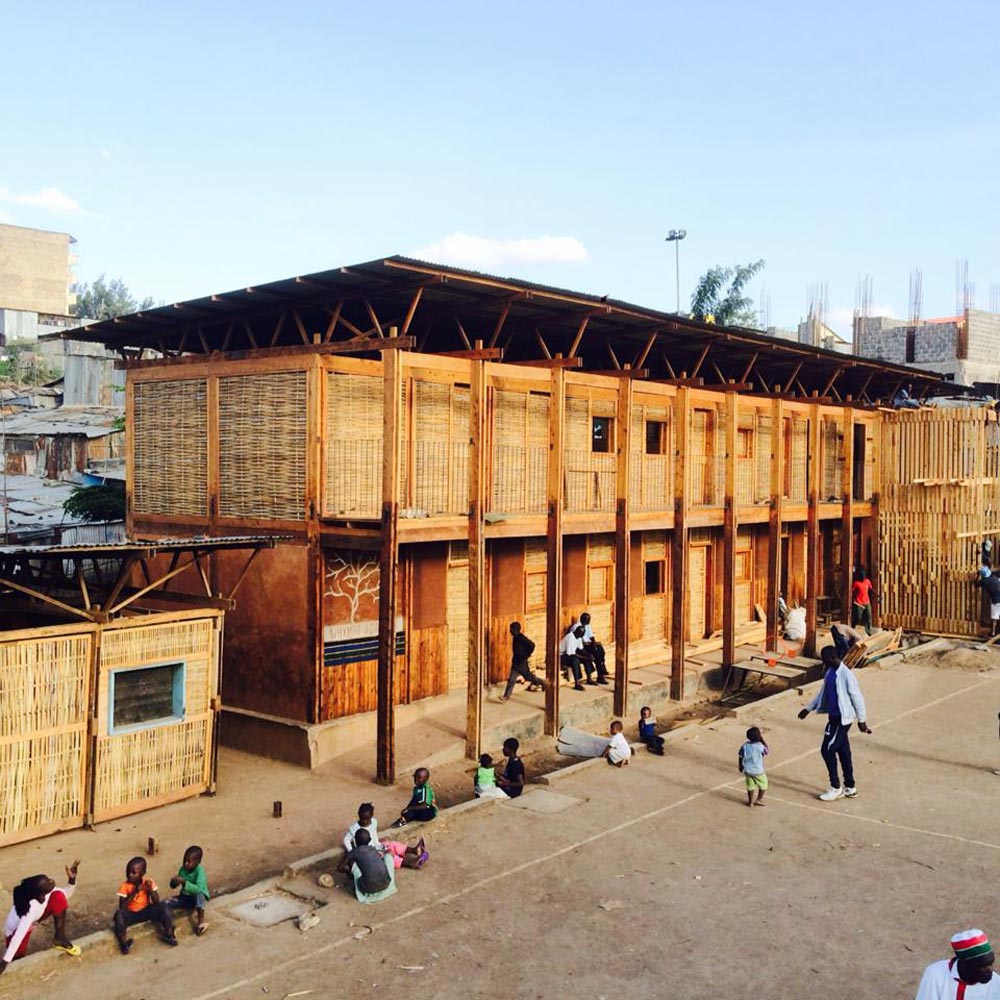 After the basic needs of the school were satisfied, the “Why Not Academy” of Mathare began a training laboratory using “muchanga” as a constructive method to build an extension of the school on an elevated floor. The soil is mixed first with sisal fiber, then with sand and finally with lime in order to be applied on a bamboo structure that holds the mix together and provides stability. Children and their families from the neighboring slum, as well as “Live-inslums” site workers, participated with curiosity and enthusiasm. The goal was to build the new elementary school and a sewing room for the women from the slums within the span of a few months. The “torchi” technique, which uses rammed earth armed with timber poles and is already known locally since it has been used to build some of the houses in the slum, has been improved with some technological solutions that refine the hygienic and thermal performance. 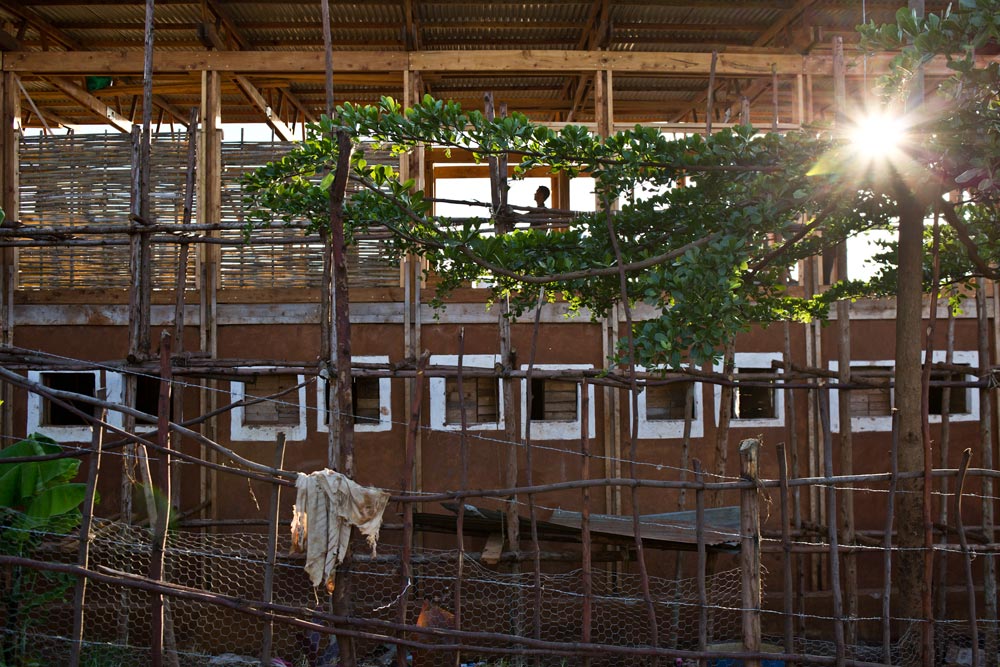 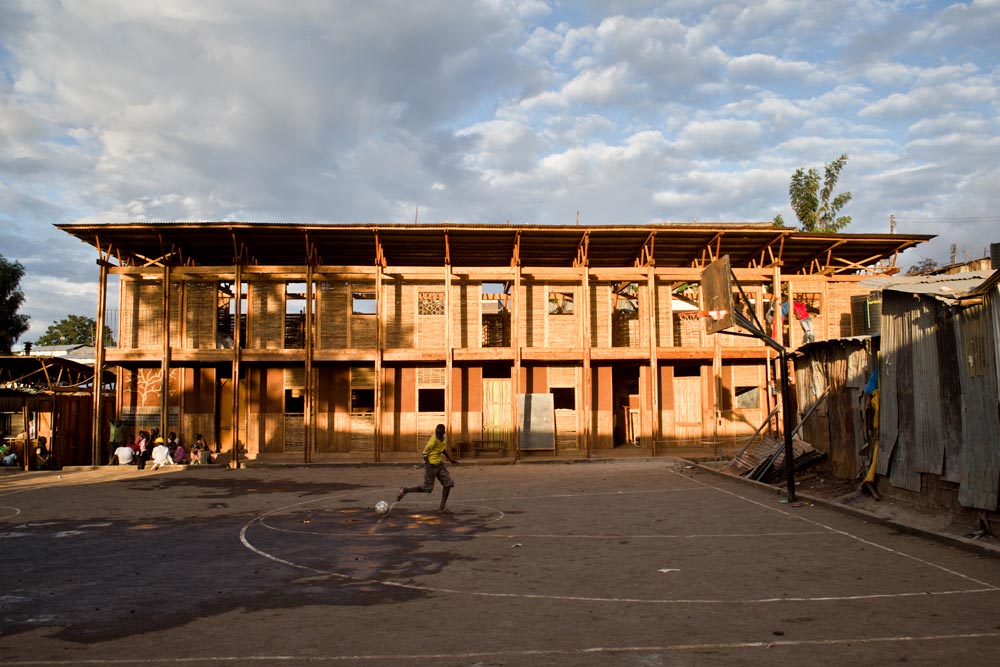 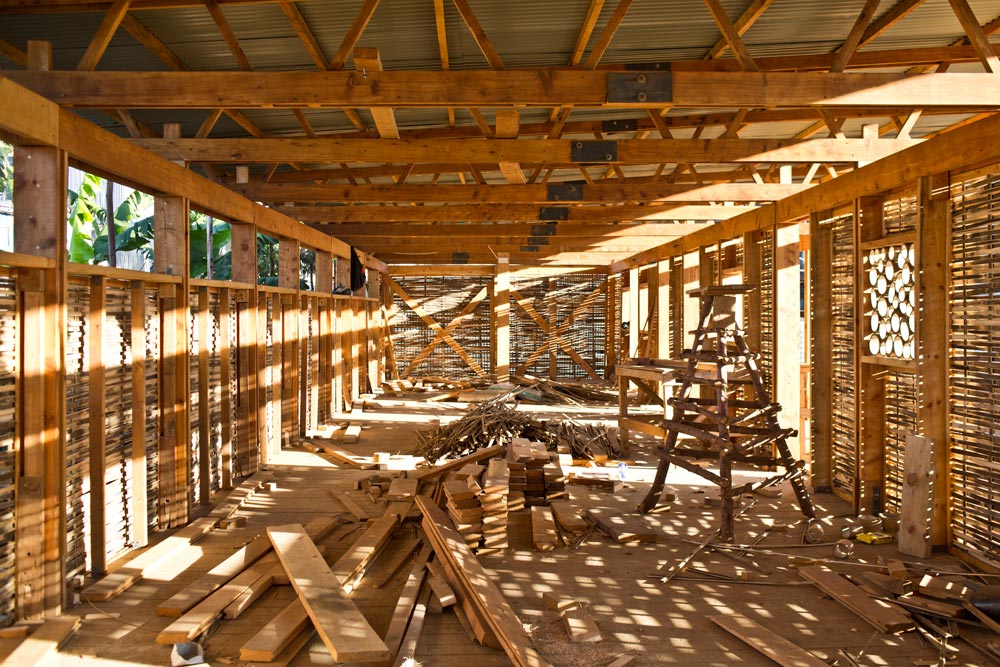 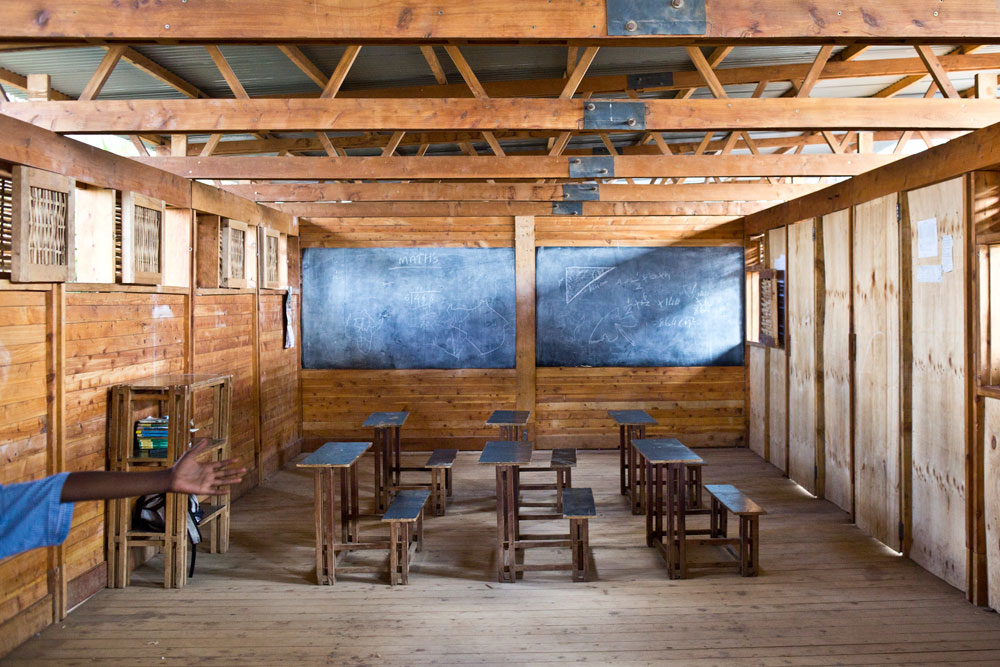 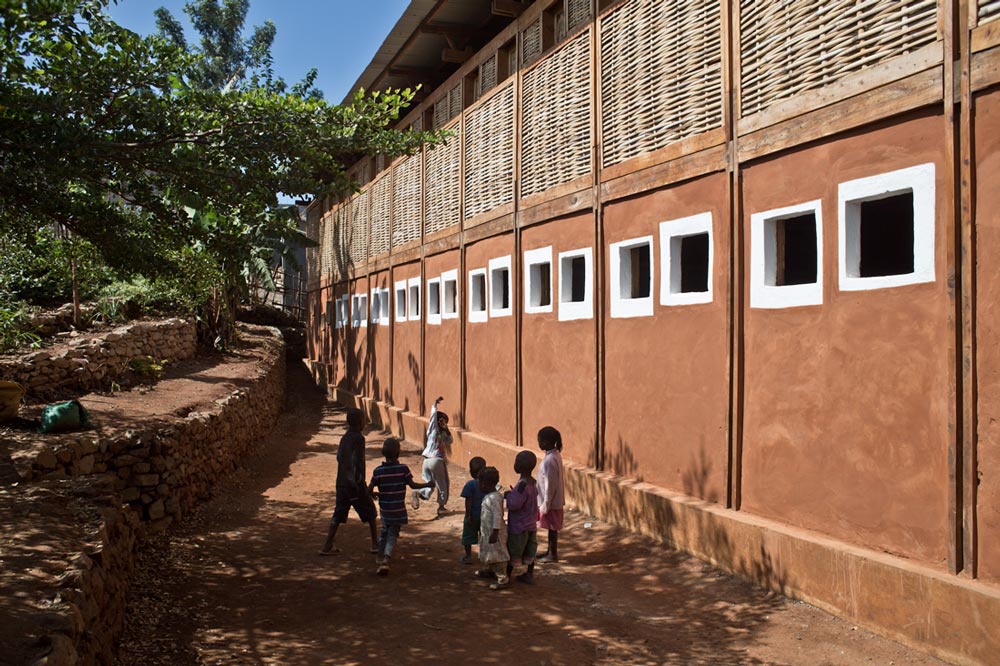 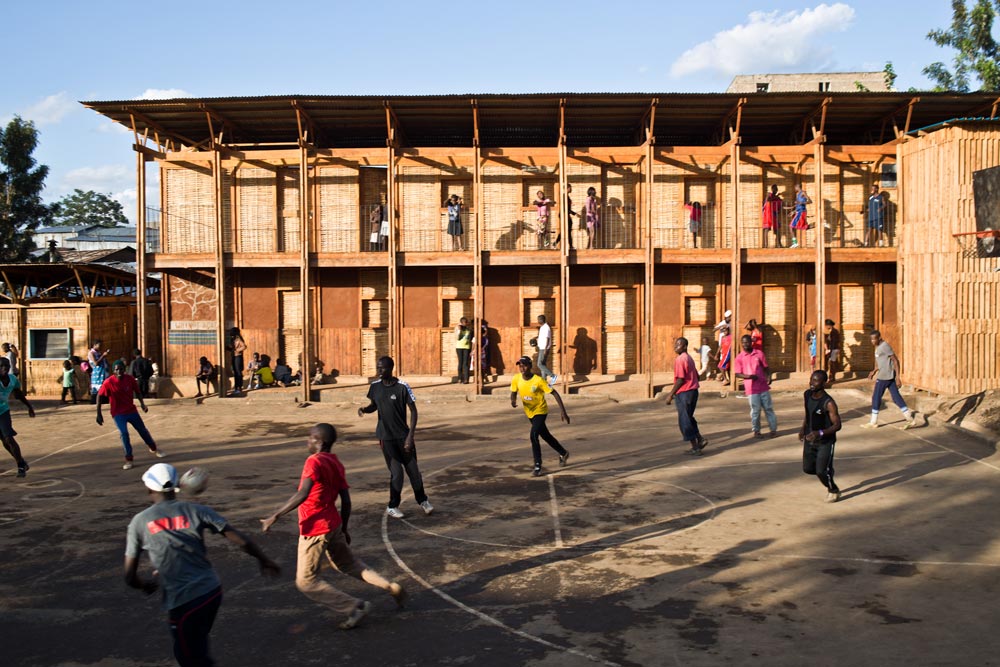 In most cases, and in spite of difficult access to industrial construction materials (such as concrete and metal), the community of Mathare has rejected the idea of building with soil due to aesthetic reasons. Now, however, the population is reconsidering these attitudes as they learn how to apply a traditional and-low cost construction technique that many members of the community recognize from their villages of origin. The project has also provided for the construction of a dyke that protects the school from flooding of the river during the wet season; the enlargement of the vegetable garden that has reached 700 square meters; the construction of new benches; a rammed earth training workshop; and an artistic dwelling in the school’s art room. It has also provided for extra-curricular activities such as drawing, music and agriculture.