Maxaquene Txombene is a public space project in an informal settlement in Maputo, the capital of Mozambique, utilizing recycled plastic as the primary construction material. The project transformed an old defunct drinking water fountain into a shaded recreational space. The structure was built of beams produced from recycled plastic waste, and the concrete blocks used in the landscape design were cast in reclaimed five-liter water bottles. Thereby, the project seeks to advance the principles of the circular economy in construction, while discussing the cultural heritage in the informal settlements in Maputo. 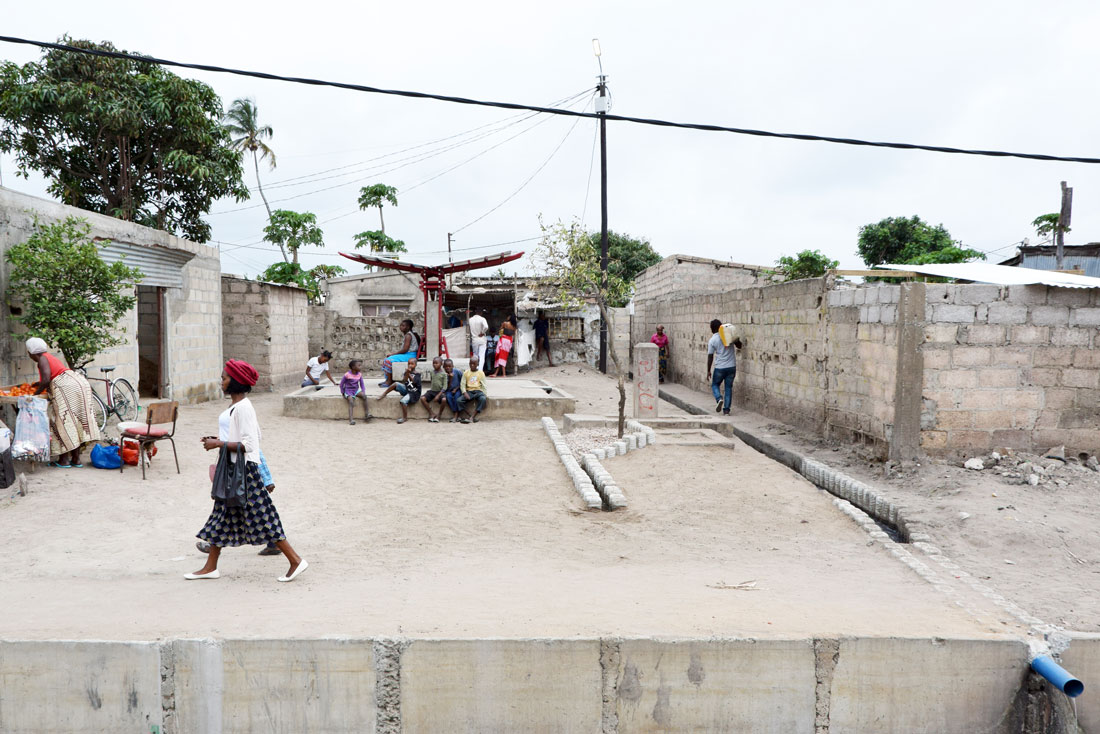 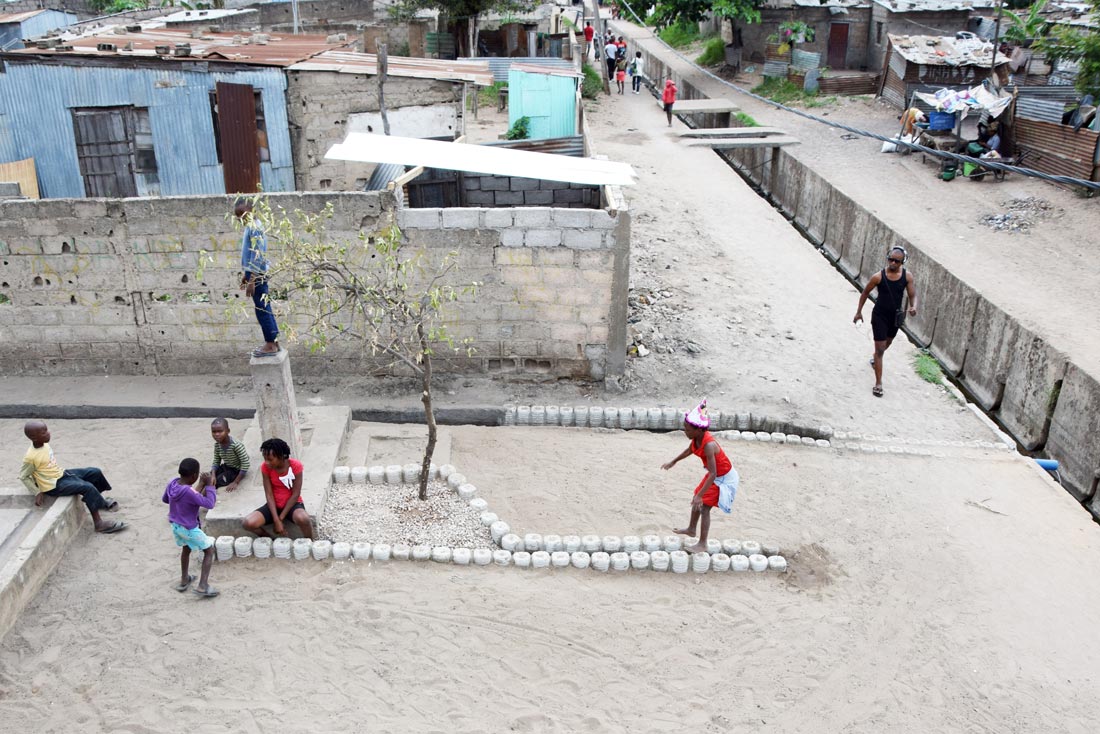 Approximately 75% of the population of Maputo lives in informal settlements. The public space in such areas is typically in poor condition due to the extra-legal status of the neighborhoods and consequent lack of public investment. Nevertheless, public space plays a crucial role in social life, as people – and particularly children – spend much of their free time outside their homes. This project sought to improve the quality of a small public space in the informal settlement of Maxaquene. 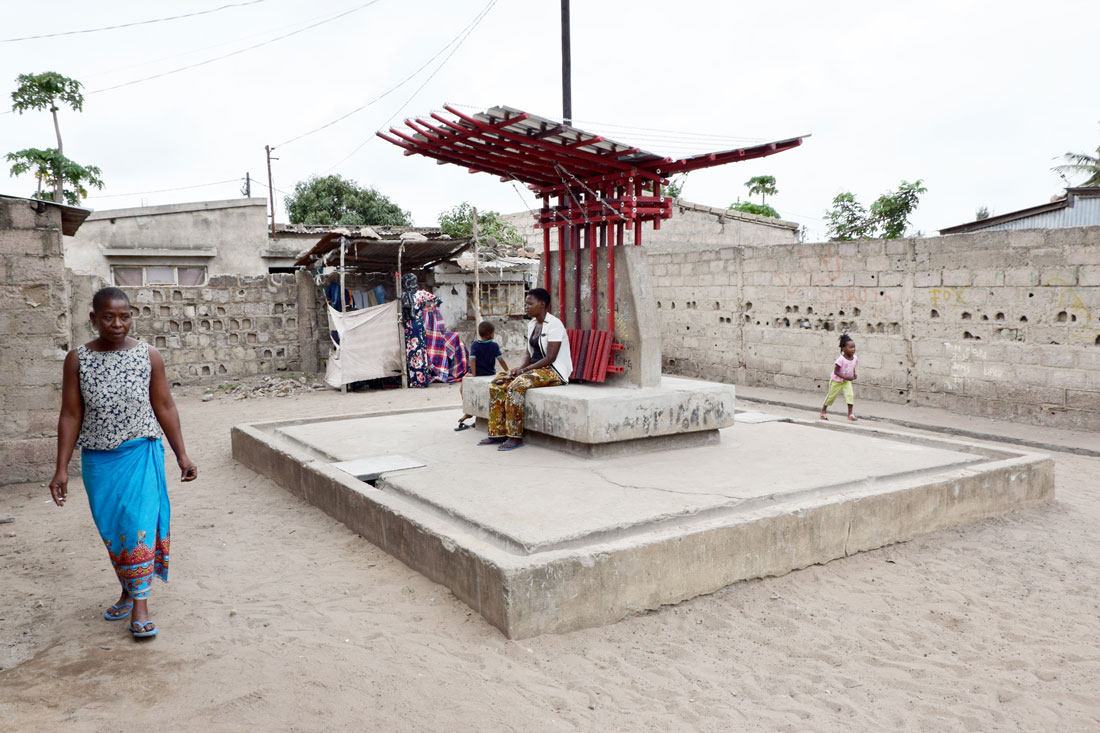 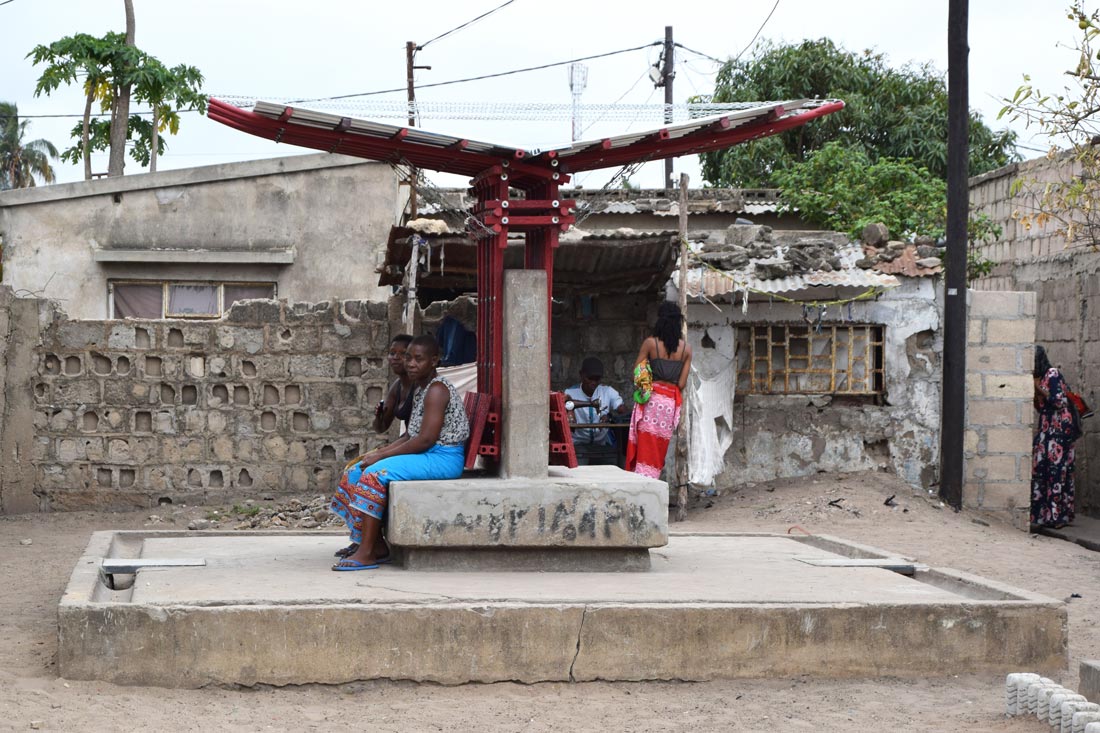 The government built a number of public water fountains supplying the informal settlements of Maputo with water in the 1980s. Today, most households have direct access to drinking water and the water fountains are defunct. However, these fountains remain a part of the cultural heritage and are typically located in small public spaces, where people used to stand in line to fetch water. This project sought to discuss the cultural heritage by adding a new use to the old structure. The old water basins were filled with concrete and plastered over, providing a smooth surface for sitting. A light roof structure and a backrest were added to the old fountain, providing shade in the hot climate. A crumbling drainage ditch passing through the public space was renovated, improving the sanitary conditions. 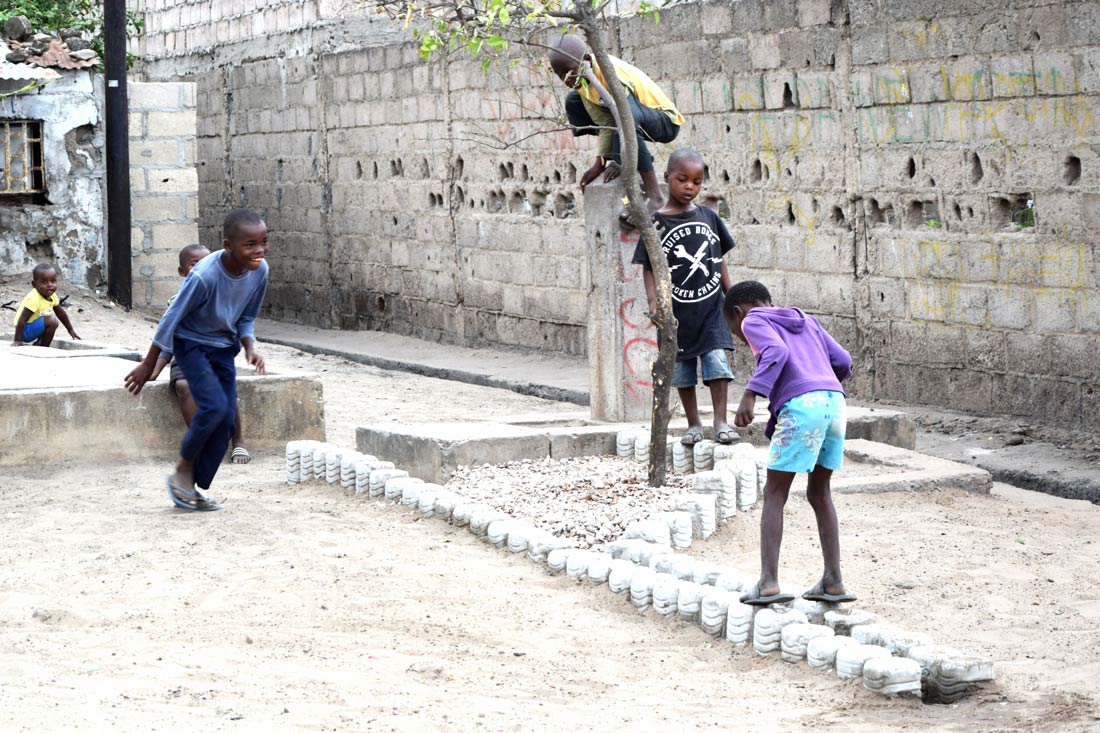 Billions of plastic bottles are produced each year, and only a small fraction are recycled, compromising sustainable development. Plastic is a pollutant, as it is not easily degraded by the environment. However, as it does not rot, rust or get infested my insects or fungi, and it is also a desirable construction material. The local plastic recycling initiative, Plástico Fantástico, produces beams for construction made of recycled plastic waste. The beams were utilized in this project, pioneering the use of plastic as a structural component in construction in Mozambique. The concrete blocks used in the landscape design were cast in reclaimed five-liter plastic bottles. The smooth surfaced concrete blocks thus look like petrified water bottles, referring to the other water-related elements of the old fountain and the drainage, as well as the plastic structure. In this way, the project discusses the cultural heritage in the informal settlements and the circular economy in the construction sector in Mozambique. 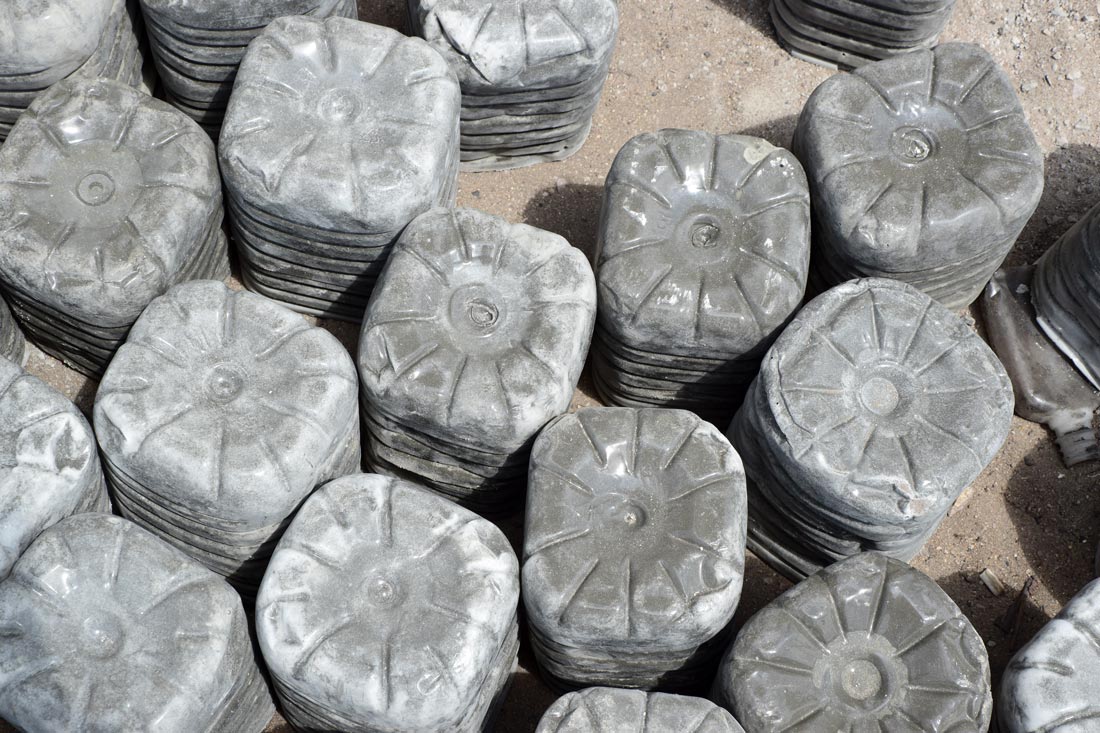 The project was carried out by students from Universidade Eduardo Mondlane - Faculty of Architecture and Physical Planning and KADK - The Royal Danish Academy of Fine Arts, Schools of Architecture, Design and Conservation - Institute of Architecture, Urbanism & Landscape in collaboration with Casas Melhoradas and HUEIV [laboratóriodearquitectura].