In the centre of the buzzing Nørrebro district in Copenhagen lies a calm and quiet elderly community – a hidden oasis of beautiful brick buildings and lush greenery. With Forfatterhuset Kindergarten, planned for these idyllic surroundings, the main idea behind the building is to introduce young life to coexist in harmony with the elderly community in a generous way that gives more than it takes away. The building is designed as a kids’ village scattered like “potted plants” across a terrace.

Colloquially, the elderly community is known as De Gamles By (City of the Old). It is a place people go to enjoy peacefulness among the beautiful old brick buildings, and thus the locals highly value and respect the neighbourhood. The challenge with this project was to create coherence between these historical brick buildings and the new kindergarten, ensuring that the new building doesn’t take away more than it gives to the environment.

Instead of directly translating the traditional horizontal bricks from the neigbourhood, the façade for Forfatterhuset Kindergarten consists of slender vertical brick slats. The façade system continues from unit to unit within the institution, the surrounding garden and the playground. This unifying band rounds off all the edges of the kindergarten, creating internal flow and a friendly exterior. Thus, the brick slats are used as a façade material, protection against overheating, railings for the roof terraces, and the fence around the playground. 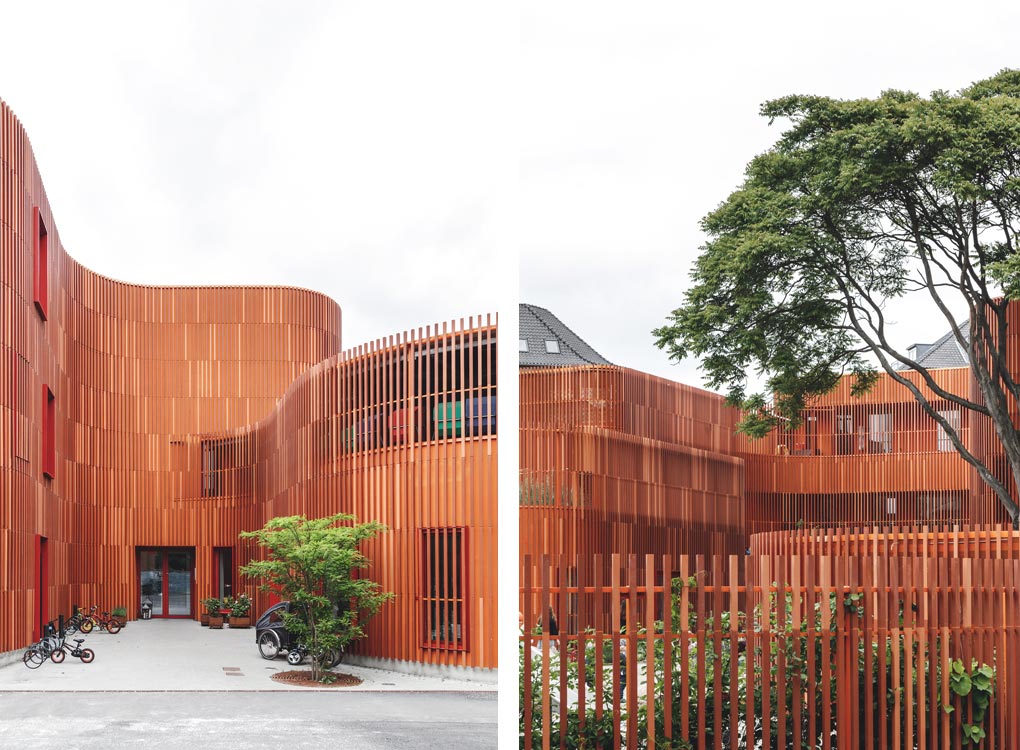 To retain the natural feeling of the green footprint on the existing building site, the kindergarten is designed as a three-dimensional village where garden and building become one. Five small houses, with their unique brick cladding and green roof gardens, thus provide the framework for Forfatterhuset Kindergarten. 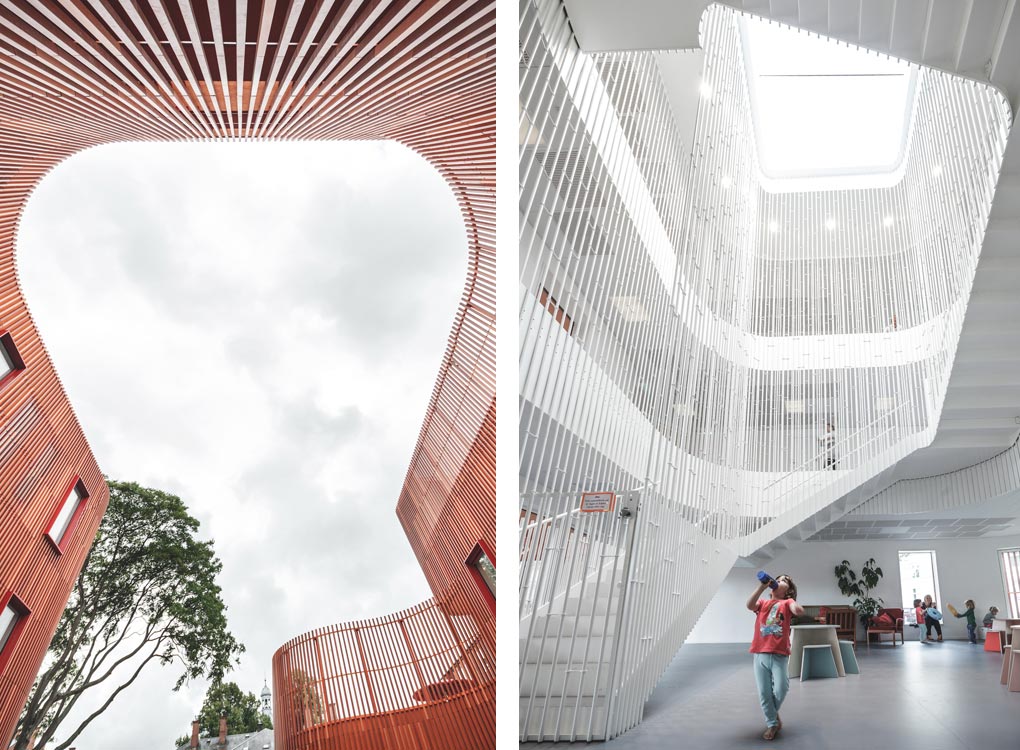