The usual way of living in our society has led us to a way of thinking that entangles us in a constant, never-ending web of changes. The consequences of destroying the past, with the traditional role of anchor and fixer of knowledge and customs it has until very recently played, and the exaggerated inflation of novelty afforded by a future fraught with obsolete promises has provided such happy metaphors as Zygmunt Bauman’s liquid modernity,[1] to give one example. 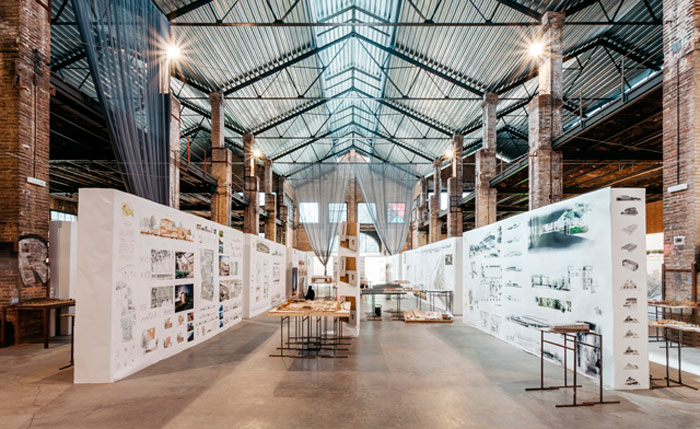 The image evoked by Bauman is well known. The operating model of our society, crammed full of new beginnings and incessant ends, is liquid in behaviour, where everything changes and nothing remains still, to quote Heraclitus. The chain of supposed events is unstoppable; global hyperconnectivity gives us access to a huge quantity of information that conditions our daily proceedings. The irruption of a volcano, falling oil prices and social unrest in a country in the process of consolidating democracy supposedly make us more aware of ourselves and what is around us. In barely a minute, we undertake a journey of thousands of kilometres and gobble down a few crumbs of reality that we have to take into account, however distant. This produces what we call an informed citizen.

But perhaps the question we should be asking ourselves is whether it is necessary to know, in real time, what is happening in every corner of the globe? What’s more, since this is objectively impossible, are we aware that what we are getting is a modified, nuanced, manipulated – for better or worse – version of what is happening on the planet? Obviously we cannot get first-hand accounts of everything that is going on, so, given our thirst for reality, we are obliged to trust a conglomerate of news agencies for our access to information, the constant object of biased interpretations.

This observation prompts a further reflection: do we need constantly to be riding the waves of liquid society and modernity? Some resistance to the liquidity of our environment is emerging as a result of the major social and financial catastrophe of the last decade. Contrary to what we might think, however, slowing down our social model, taking it to the terrain of the close-at-hand and solidifying our field of interaction with reality, is not only impossible, it also runs a serious risk of choosing the reactionary, conservative option of the local, and abandoning the conception of the global and leaving it in the hands of greed and intellectual corruption. This conjecture, which forces us to choose between a solid, pacified reality and a liquid, vertiginous reality – in other words, between kilometre zero and the speed of light – is clearly inefficient and ultimately impossible to organize. It is inefficient because of the magnitude of the sacrifice we would need to make to be more or less consistent with such a radical decision. Staying cloistered in the local would mean leaving the global to the relentless forces of exploitation and extraction. Whether these forces focus on talent or on natural resources, letting others take care of the global means suicide for the local. We cannot and we must not leave the global conception of reality in other hands if we do not want to be swept away at a stroke. Slowing down is only possible if we all do it, at the same time and in coordination. Something which, today, with the inequalities existing in the world, is clearly impossible. This is why well-intentioned ideas of degrowth have never prospered as a development strategy, as they would inexorably lead to self-inflicted poverty. At the same time, we have realized that we cannot allow ourselves to be carried away by the liquid hysteria of a hyper-consumerist society that designs a kind of programmed obsolescence that puts off ethics to a non-existent tomorrow. This liquid state, an irrepressible force, is an immediate and absolute defeat for everything that our parents and grandparents fought; letting ourselves drown in the brutal current of the liquid is also inefficient in that it represents the germ of our disappearance. So, what is the answer? A new state of the matter? Accepting that, in the end, our whole vital dynamic has to be converted into a gaseous nebula of excited, disconnected events?

This is the context faced by students over recent years of the Final Year Project workshop, one which teachers and students, jointly, have responded to in the form of reflection, research and application. There is, of course, no recipe for success, but I think that these three strategies are worthy of note.

Reflection is a fundamental attitude when developing skills to undertake a project, whatever its origin. It is about looking up from the desktop and listening, activating the mechanism of curiosity as a basic structure, and encouraging an insatiable intellectual excitement at everything that is unknown. So often we see good architects become slaves to themselves, forced to repeat, to constantly walk the same path and wander off into obsolescence. A lack of curiosity and reflection leads academics to retreat into their hyperfocalized shell and professionals to repeat tried and tested formulas. Understanding architecture means realizing that each challenge and each project involves starting over. Liquid reality is not going to stop moving, however much we would like to curb its phenomenal strength.

Research means focusing deeply on our reflections. To research is to banish vanity, because it means assuming that someone, somewhere, in similar conditions, has already pieced together a body of knowledge that is of vital importance for that precise thing that is essential in the project about to be developed. Researching means joining a chain of high-octane intellectual value which, far from closing windows in the mind, materializes them, giving them depth and draft. Research in the field of architecture in such a changing society has ceased to be an option and become an imperative. Today, there is no architecture without innovation, and it logically follows that there is no innovation without research. And this is the bridge that we set out, from day one, to build: the direct interaction between designing architecture and researching architecture. This is precisely what I mean by the title of this article: Understanding architecture to understand architecture. It may seem like a mere play on words, but it is not.

Finally, all of this effort invested in reflection and research means nothing in architecture unless a project is designed. The application to a spatial design of everything we have reflected on and researched, carried to its logical conclusion, seems to me to be fundamental. Time and time again, we joke with students that all that is missing now is the build. Because in this half liquid, half gaseous world, something as solid and literally weighty as architecture continues to be very necessary. This is the paradox we face as we continue to consider it vital to provide the best tools for future architects in the final year of their training.

Answer liquid reality with solid architectures! This is the message that today’s architects took away from their Final Year Project workshop and which a large majority are experiencing in professional practices around the world. Fortunately, architecture continues to be imperatively necessary and potent, and to require the best architects for a world where the only option is to be better. We’re staking a lot of future on young architects.