All but five per cent of the world’s population lives less than six miles from a river, lake or coast. The International Panel for Climate Change forecasts several scenarios of sea level rise, but a good amount of the world’s deltas, including those of the Mississippi, the Mekong and the Ganges will exist for a limited period of time. Areas that flood exceptionally – for instance, every 100 years – are going to be flooded regularly. The main challenge for these areas is seasonality, with vast extensions of territory in a permanent oscillation between being usable and submerged land. Which are the paradigms to reference for a new ‘normal’? 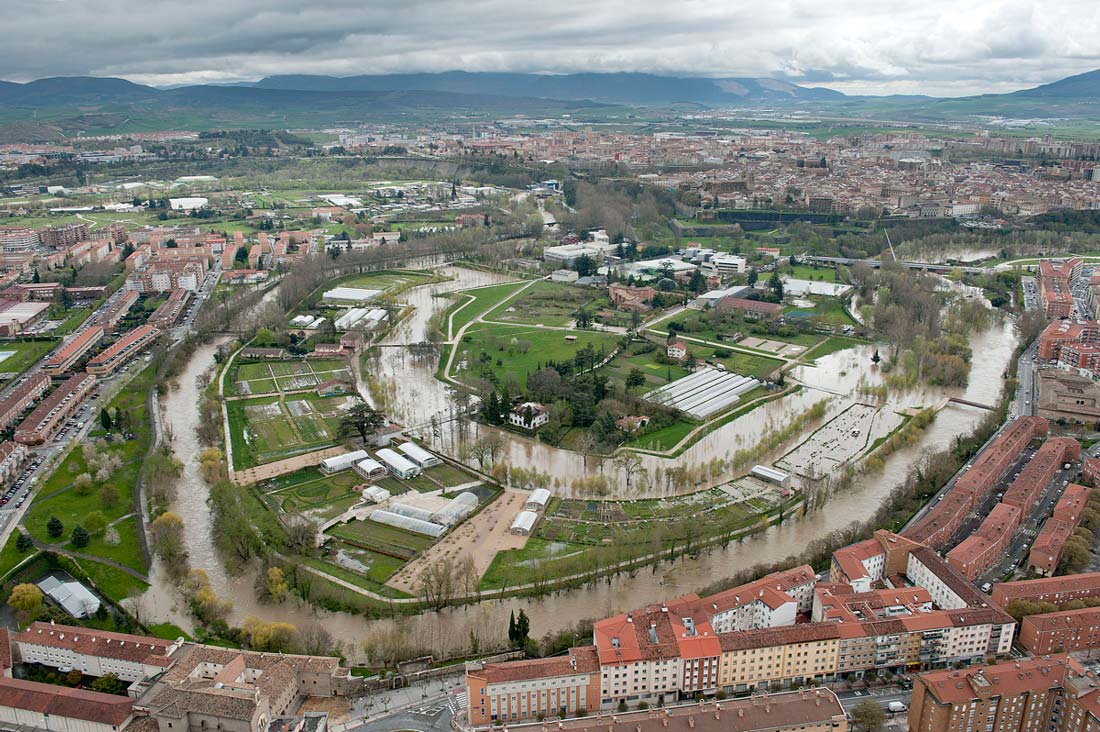 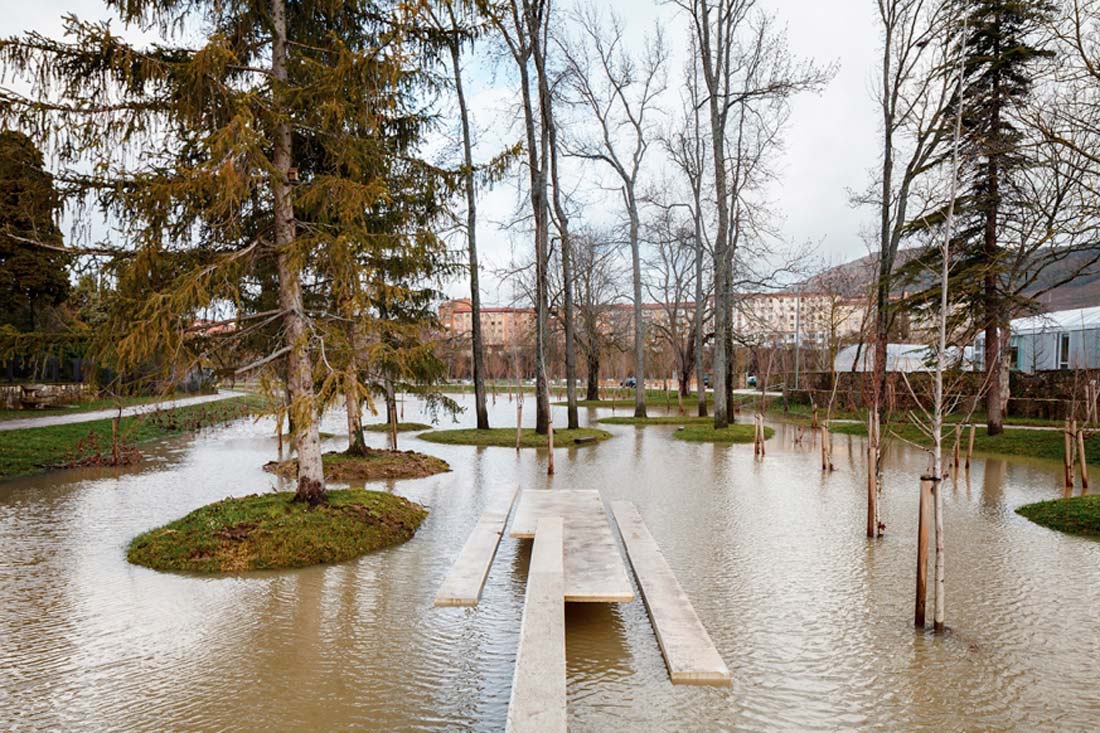 Non-Western civilisations have developed effective models to relate to rivers. Old Delhi settled in the banks of the Goddess Yamuna River, using its flood to irrigate and maintain gardens. Despite all the praise it received, Lutyens’ plan for New Delhi did not figure out how to design the encounter of the city with the bed of a monsoon river. The new urban structure defined the river as a dangerous element to be kept at bay.

Lutyens was only being truthful to centuries of European tradition, placing the city with close access to the main resource – water for drinking, cultivation, transport and defence – but from whose oscillations it was wise to establish some protection: open spaces useful for preindustrial and industrial activities, or protective walls and dikes. In our new normal, such protections have been revealed as insufficient and, often, counterproductive through offering a false sense of safety, as in the flooding of my own adopted city of New Orleans.

Architecture, landscape architecture, engineering and urbanism have three options. The first is ‘business as usual’, trusting technology to produce heroic constructions – walls, levees, or river diversions – every time larger or higher. Manhattan’s berm, designed in 2014, is a paradigmatic example. Five years later, its 10-feet height has been shown insufficient for the water levels recently projected for 2050, and will now be topped by a wall, reaching a final 16 feet. What will be the reaction to the next projections in another five years? 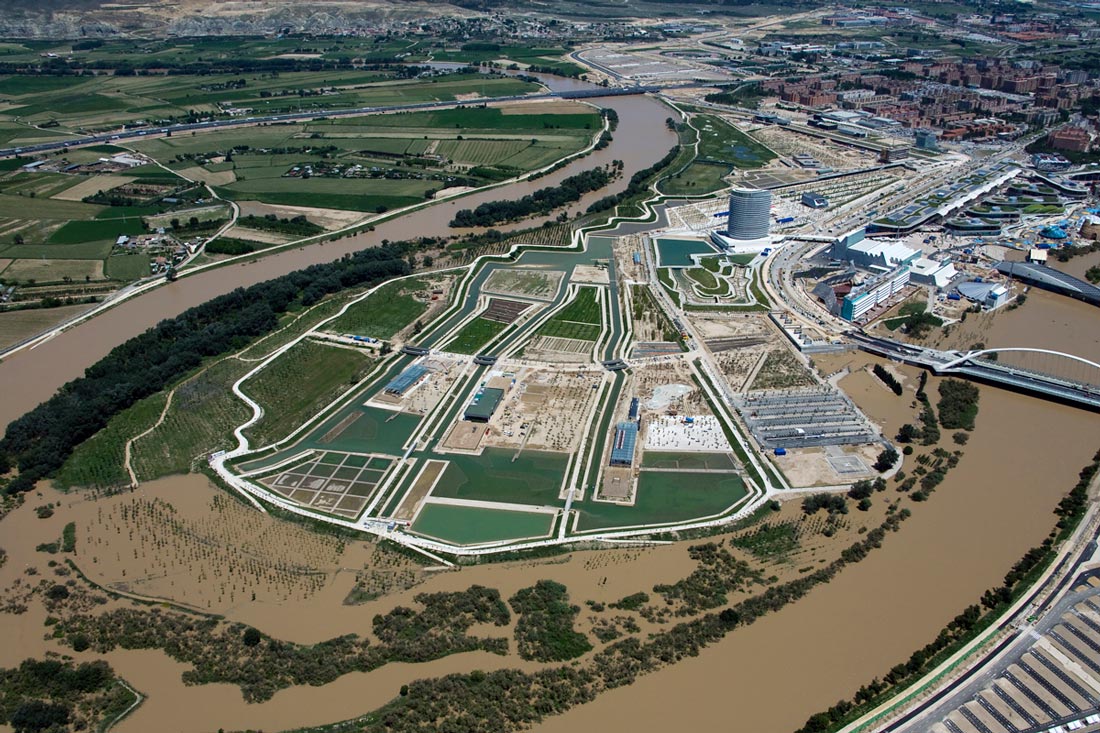 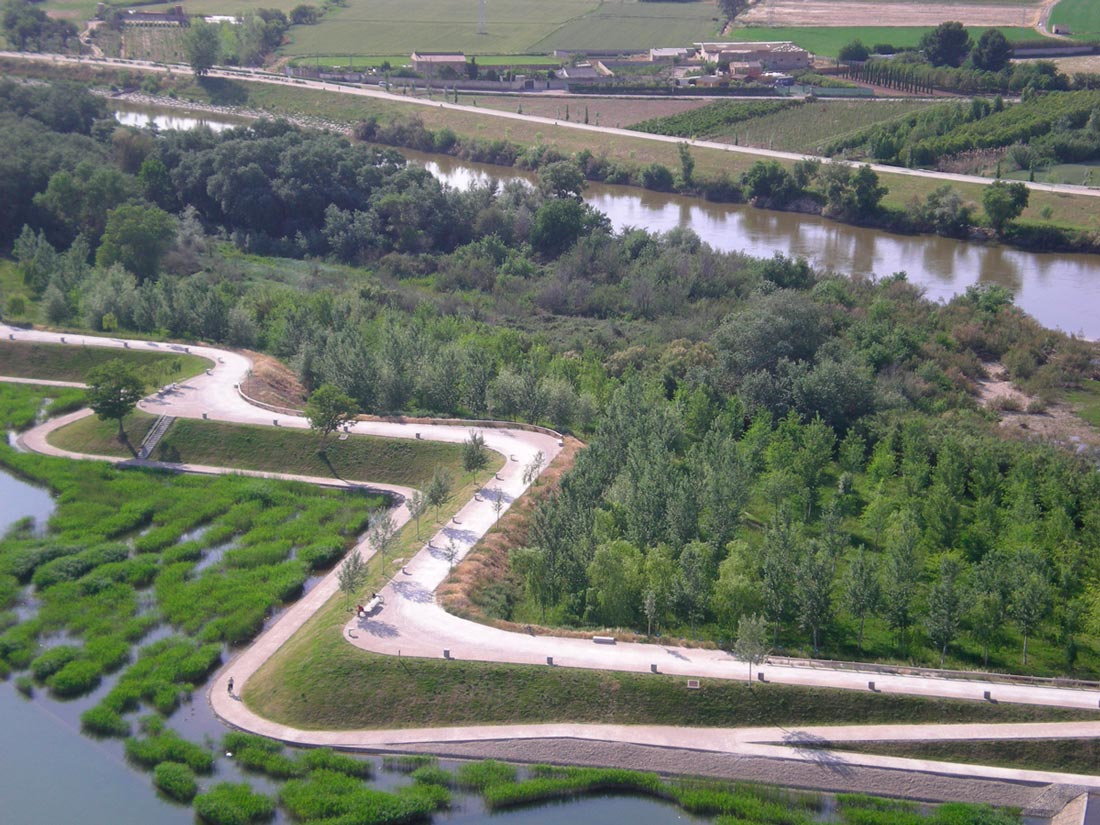 The second option is retreat, a traumatic process that is unacceptable even for the communities that confront the most dramatic situations in the deltas of the Mississippi or the Mekong, as it fractures social networks and livelihoods. Social sciences lead the study of these processes while design waits on the side, with scarce capacity for support or remediation.

The third option is the one that offers a new role to architecture, urbanism, landscape architecture and engineering. How should we design buildings, infrastructures and public spaces of the city to deal productively with floods? How should new settlements be designed? How can we occupy the territory in a radically different way? Flood must be considered a main design element in order to continue inhabiting the coastal and riparian territories where 95 per cent of the planet’s population currently lives.

Recently a number of innovative proposals have tested new strategies. At the territorial scale, the Dutch operation ‘Room for the River’ (2008-14) has widened riverbeds, built new branches, restructured spatially agricultural areas to accept flooding with minimal economic losses. At the scale of the city, a 2001 project by my own practice, aldayjover, tested a floodable architecture and park on the Gallego riverbanks in Zuera, Spain. Its principles were applied in a larger scale in Pamplona (Aranzadi park, 2013) and Zaragoza (the Water Park for the 2008 International Exhibition). Other examples have appeared later in multiple geographies and under disparate climate urgencies in Thailand (Chulalongkom, 2018), China (Qunli, 2013; Yauweizhou, 2015), Canada (Corktown Common, 2014), Netherlands (Dordrecht 2008; Nijmegen, 2016), Germany (HafenCity, 2003) or Denmark (Kokkedal, 2017). These are still isolated cases that try to decipher how to confront the new normal: our cities are flooding, and will flood more often and more intensively. Water, in excess, unregulated (and unrulable), scarce, sudden, gentle or turbulent is the new design matter.