Room for the River

The Netherlands forms the low-lying delta of North-Western Europe. Over the past 1000 years the rivers have been harnessed between higher and stronger dikes. However, due to climate change, river discharges have increased and extreme high water levels are expected to occur more frequently. After the river flooding in 1995, the national Room for the River programme was initiated to give back more space to the rivers in order to reduce the risk of flooding. 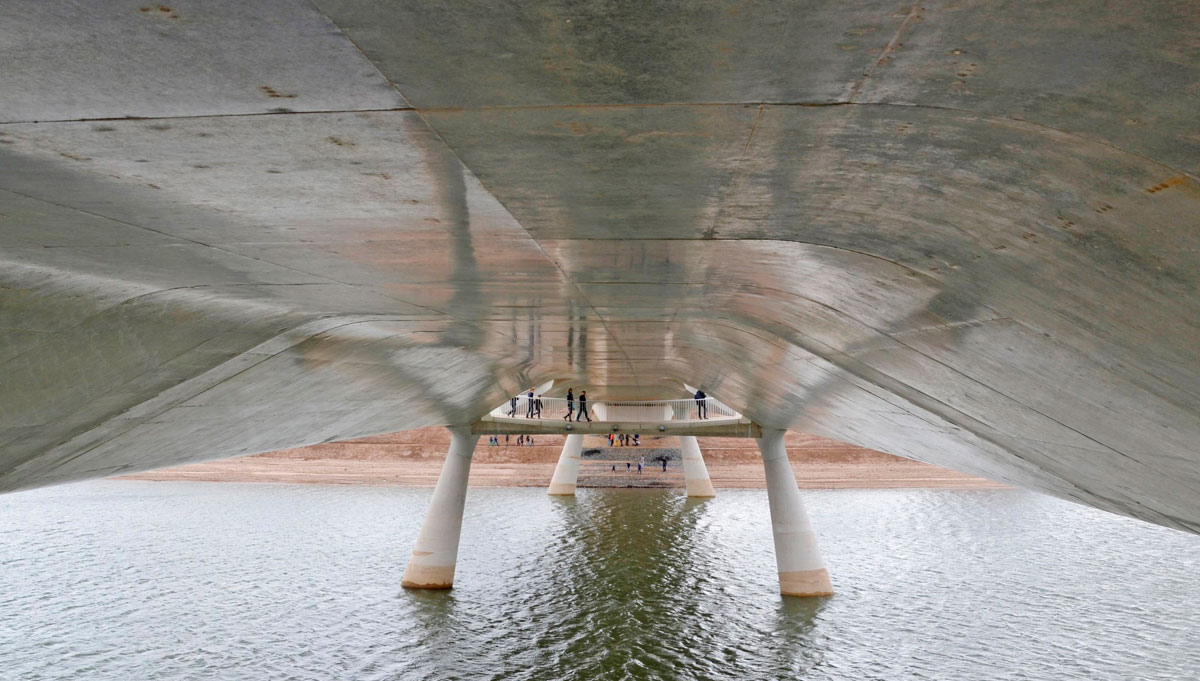 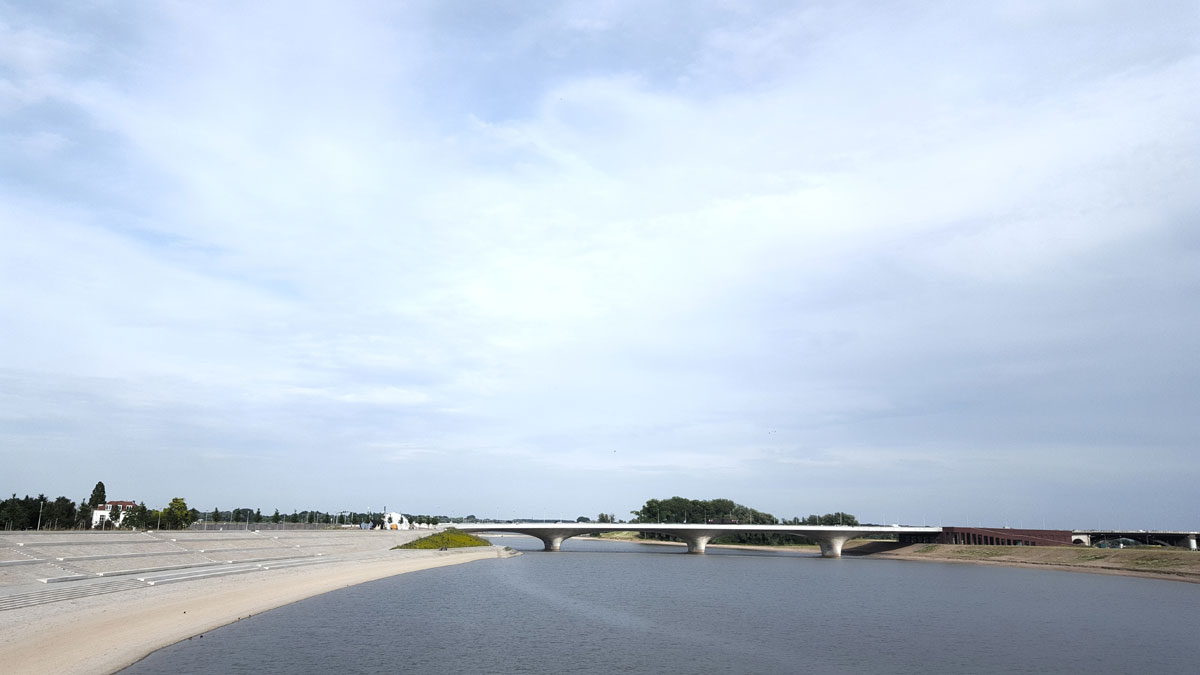 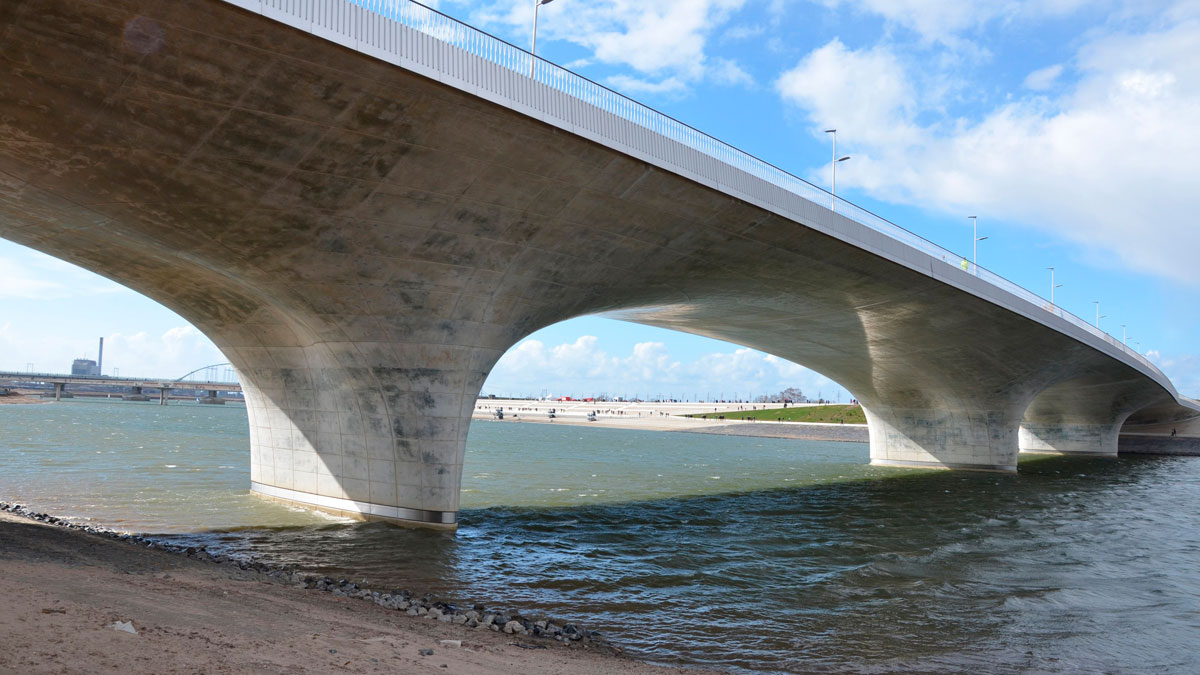 The goal of the Dutch Room for the River Programme is to give the rivers more room, to be able to safely process higher water levels. At more than 30 locations, measures are being taken to give the river more space to reduce flood risks. The measures are designed to improve the quality of the immediate surroundings. 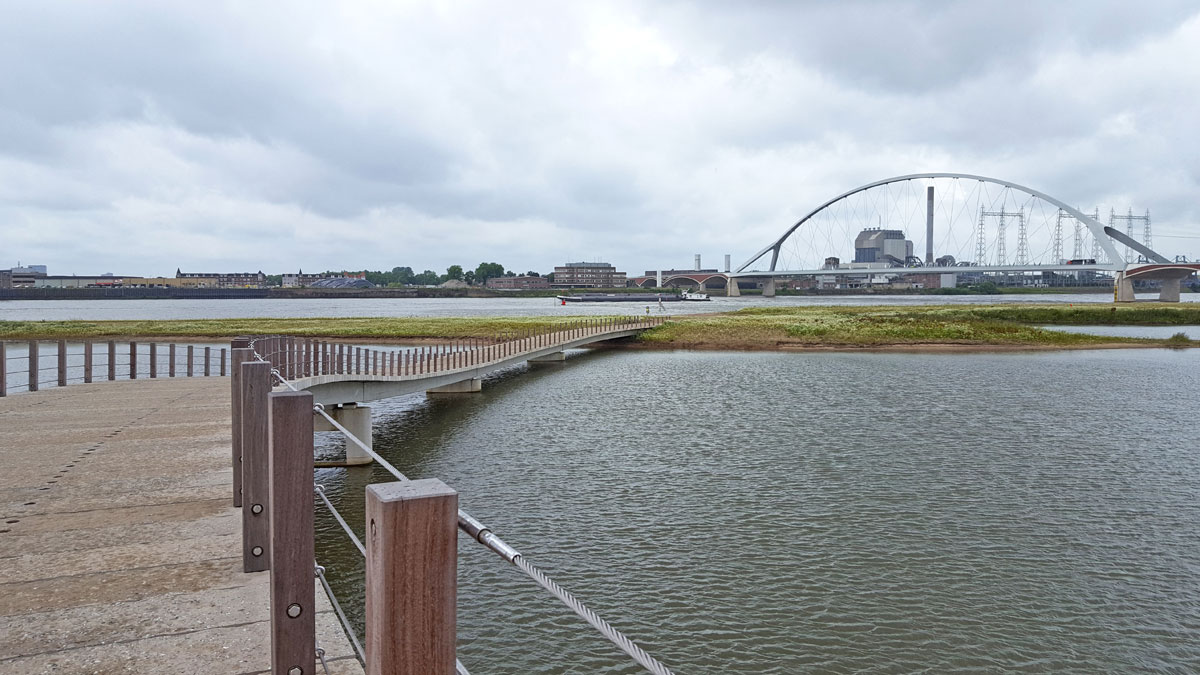 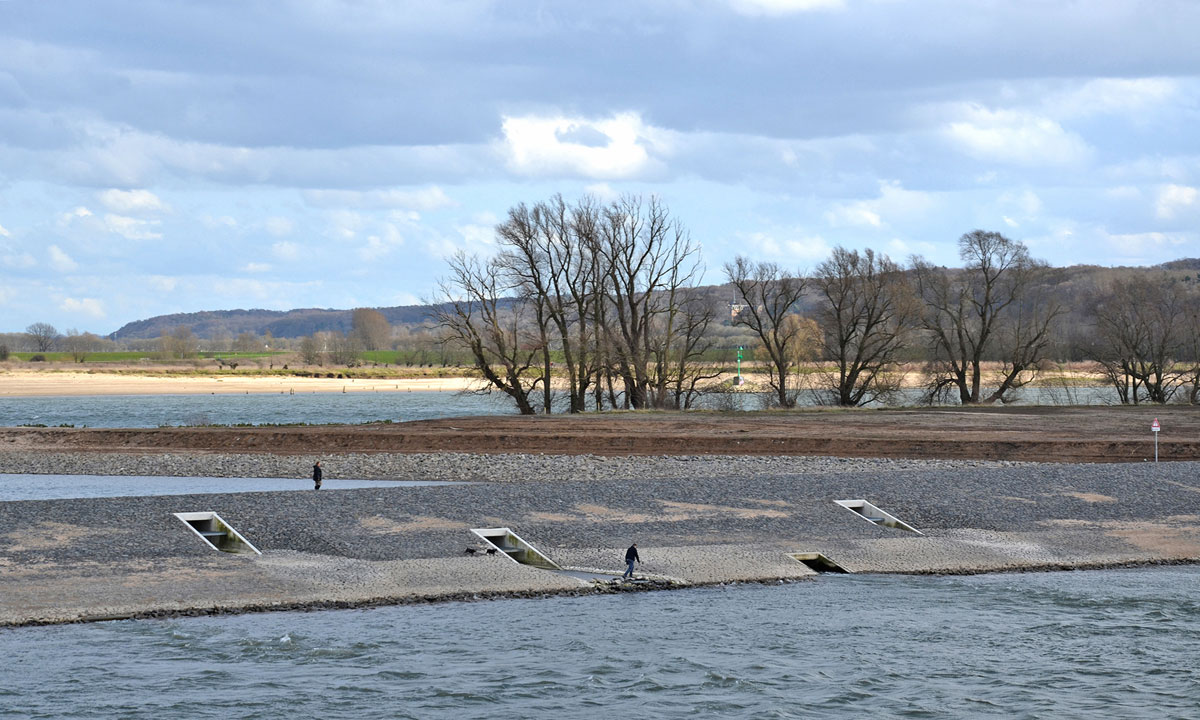 This is the most complex project within the Room for the River programme. By constructing a bypass channel, an elongated island is created in the Waal River, between the historic centre and the river’s north shore. Several new bridges improve the connectivity of the area. The island and bypass channel together form a river park that not only reduces flood risks, but also offers recreational, ecological and aesthetic values. 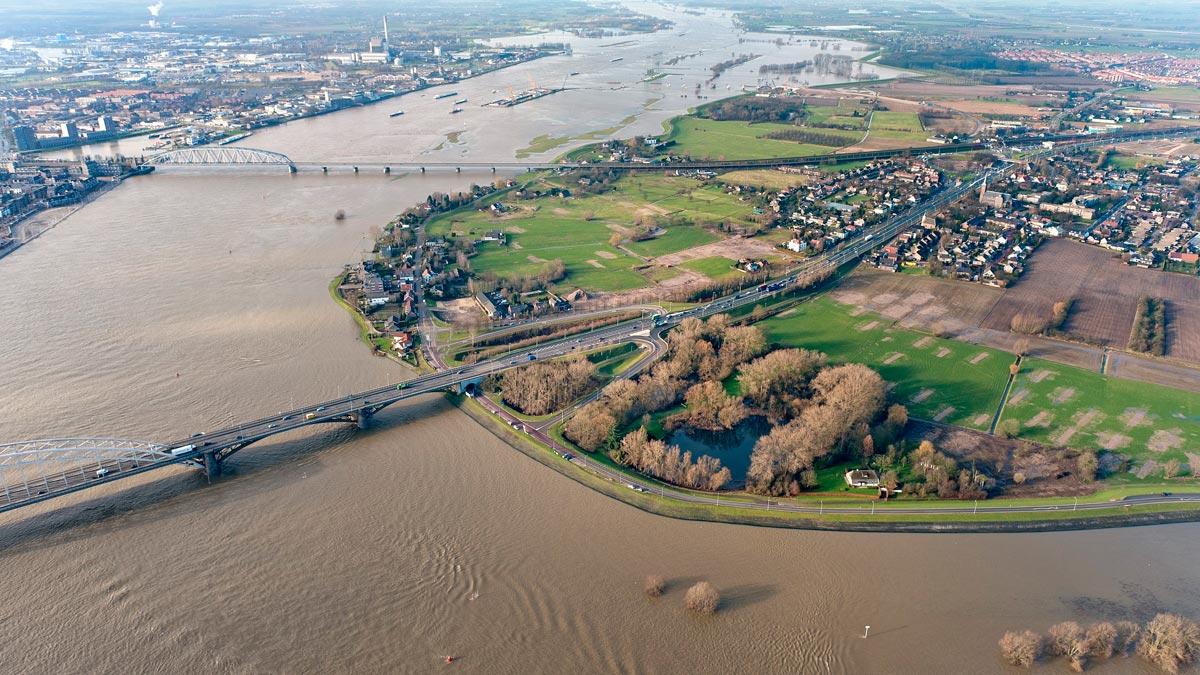 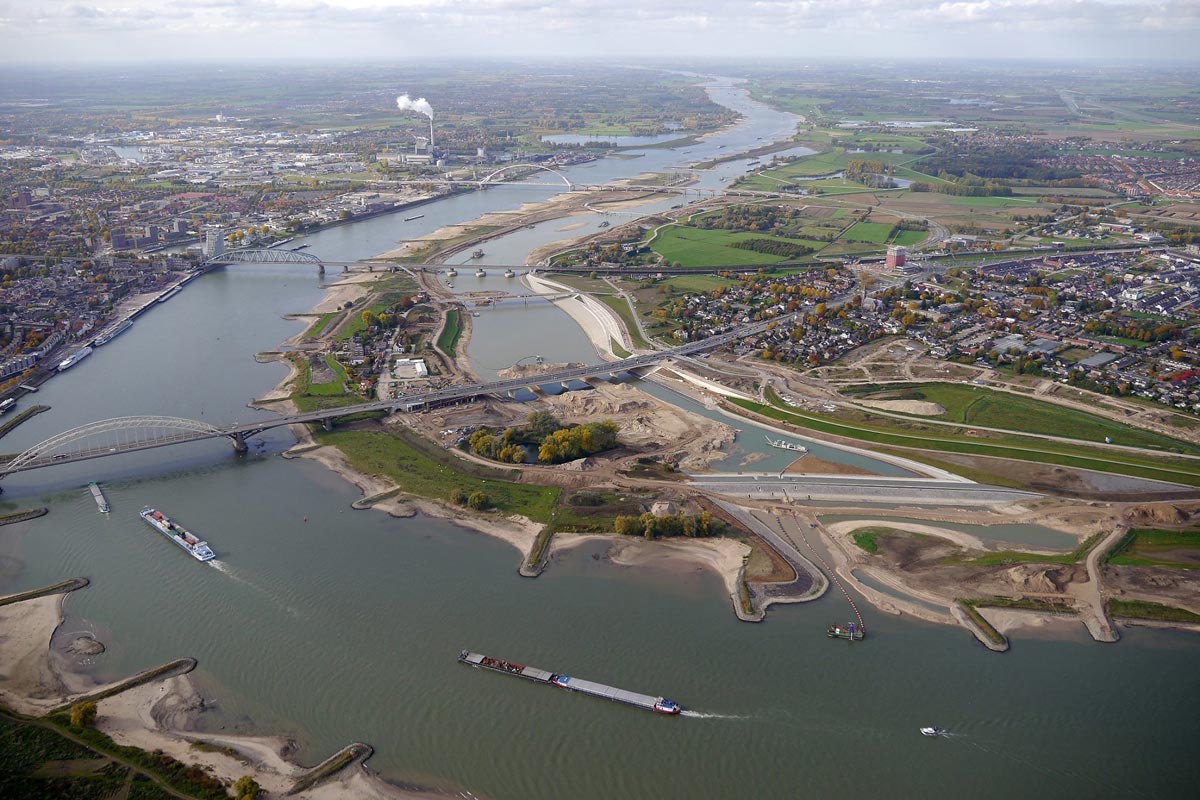 The river park is the highlight of Nijmegen’s new flood protection for the Waal River. The design is based on river water dynamics, the erosion and sedimentation process, and the tides. The Urban River Park is freely accessible and respectfully integrates archaeological and historical elements into the design. The innovative park design allows for the space to be used in different ways, including the hosting of events and exhibitions on the new island.

The plan consists of three elements: creating, growing, and water movement. The ‘creating’ layer represents the physical elements that are built, constructed, dug or raised in the construction phase. The second layer, ‘growing’, shows how the landscape may develop in the future (natural and built environment). The third layer, ‘water movement’, shows the fluctuation of the water levels throughout the seasons. 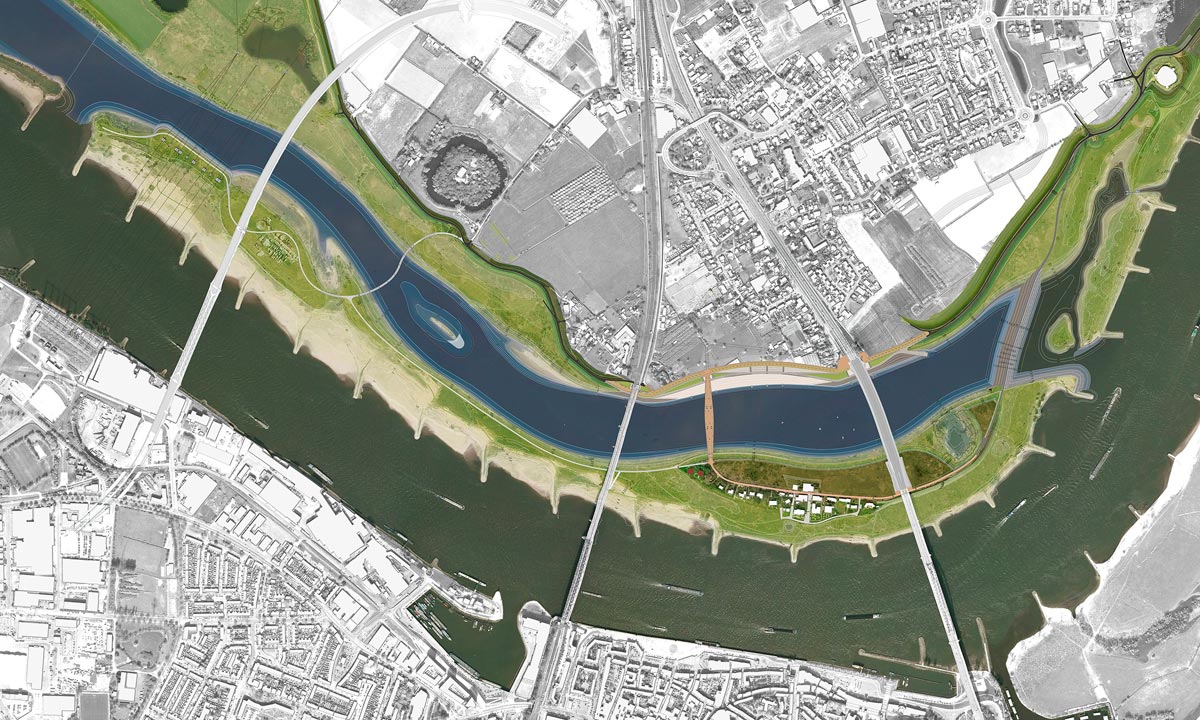 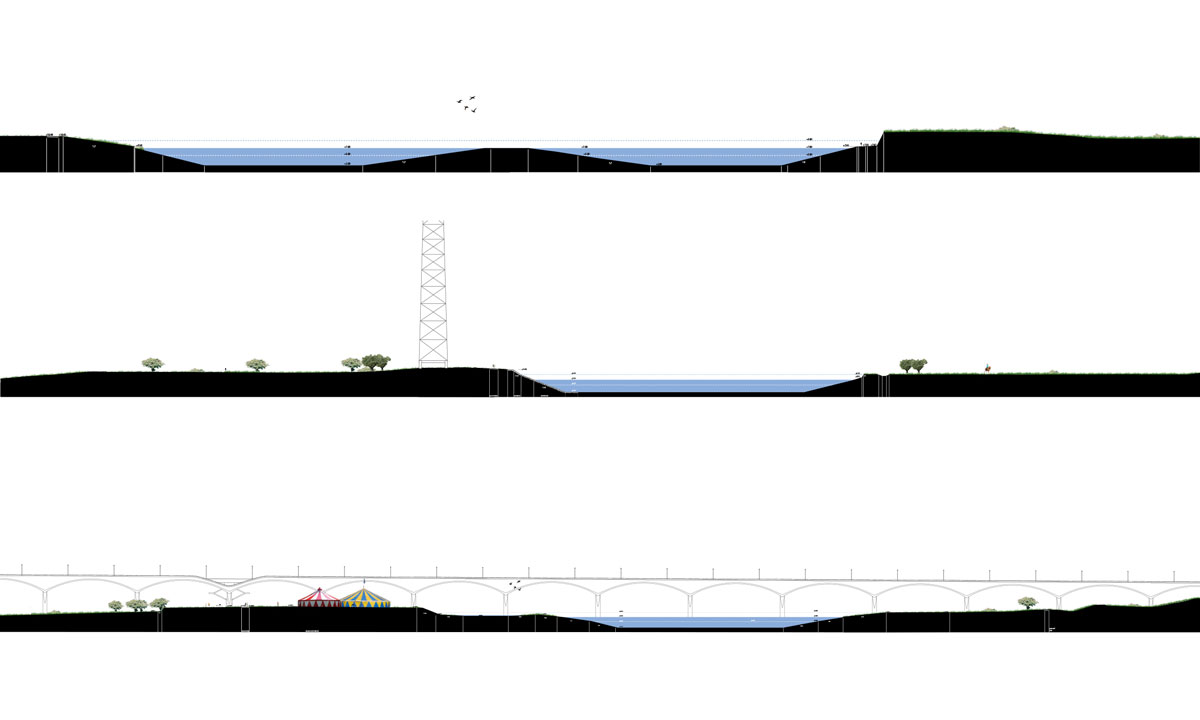 Experiencing the river landscape and incorporating the river dynamics was one of the main objectives in our design. Some paths will occasionally be flooded in the event of high water levels, only being accessible via stepping stones. The accessibility of the river has also been improved. Furthermore, conditions for sedimentation and erosion processes are carefully included in the design, which will gradually create various ecotypes, characteristic of the river landscape. 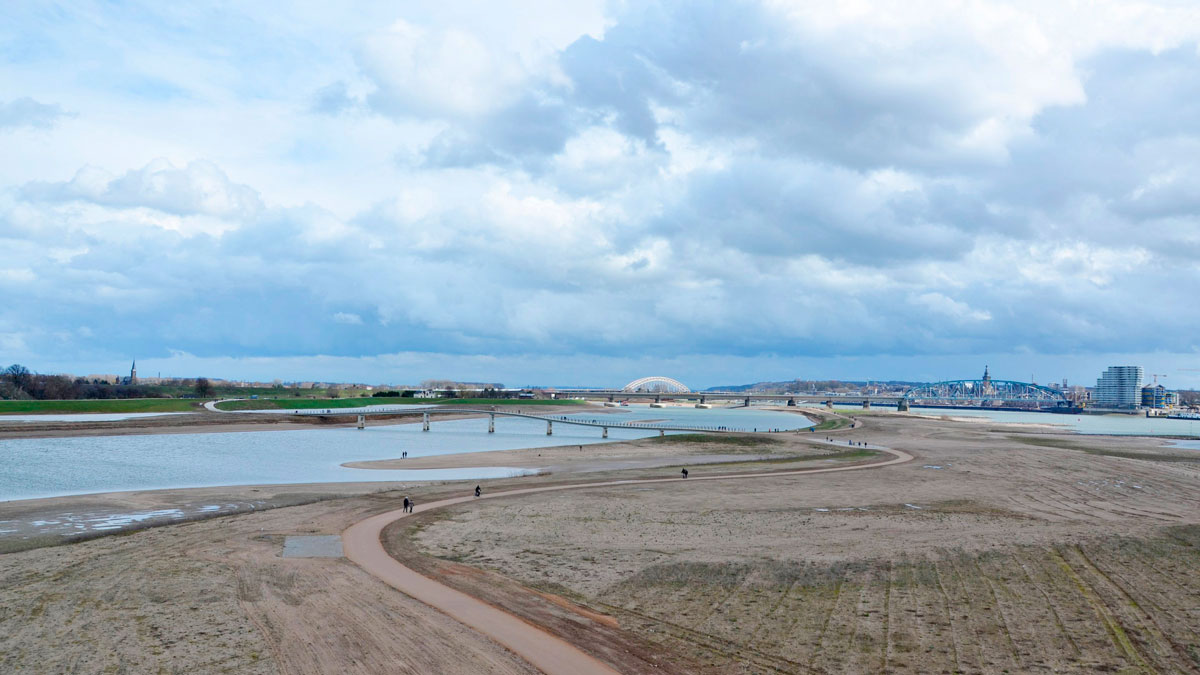 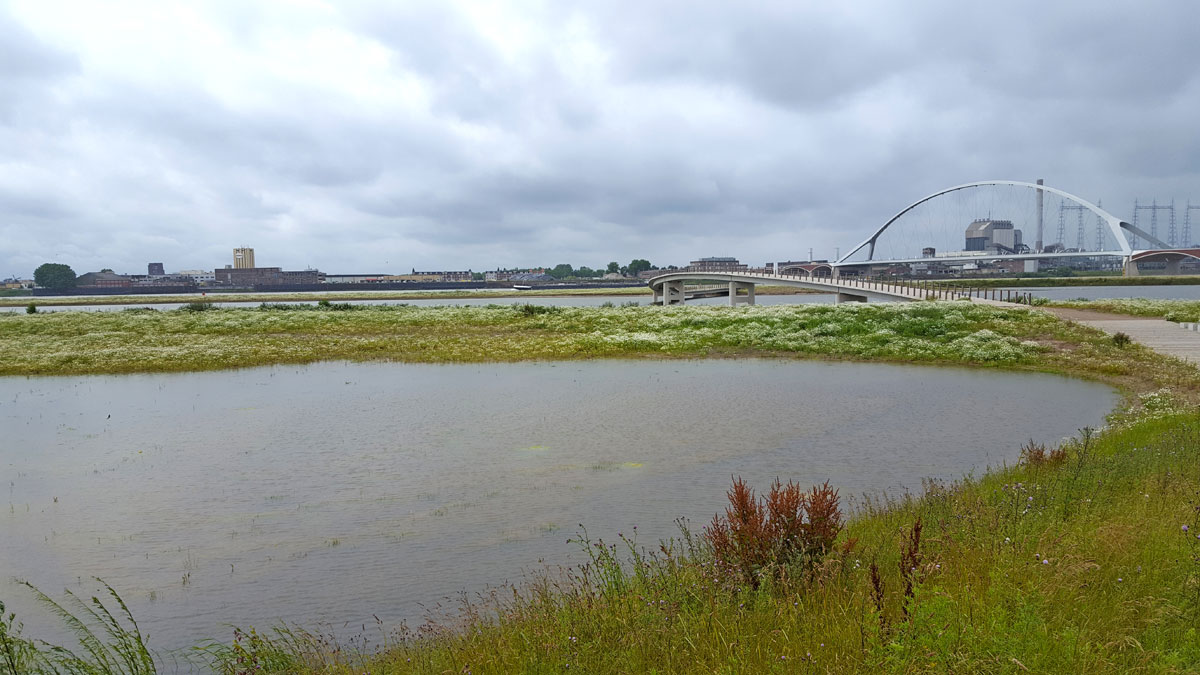 « Bight: Coastal Urbanism
To Defend, Retreat or Adapt? Design Responses to the excess and disappearance of water »