An exhibition by raumlaborberlin, curated by Sophie LegrandJaque, supported by the team at Grand Café.
Raumlabor’s largest exhibition this year is an experimental building workshop in the former submarine base of St. Nazaire. 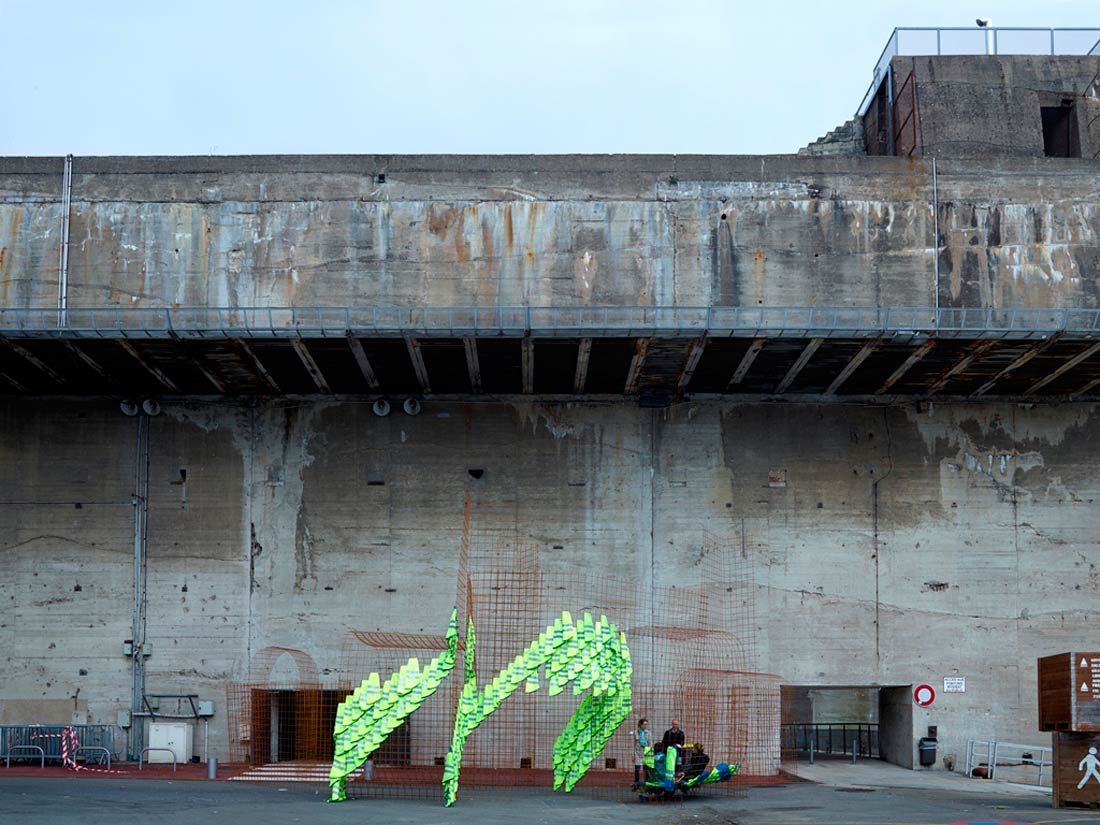 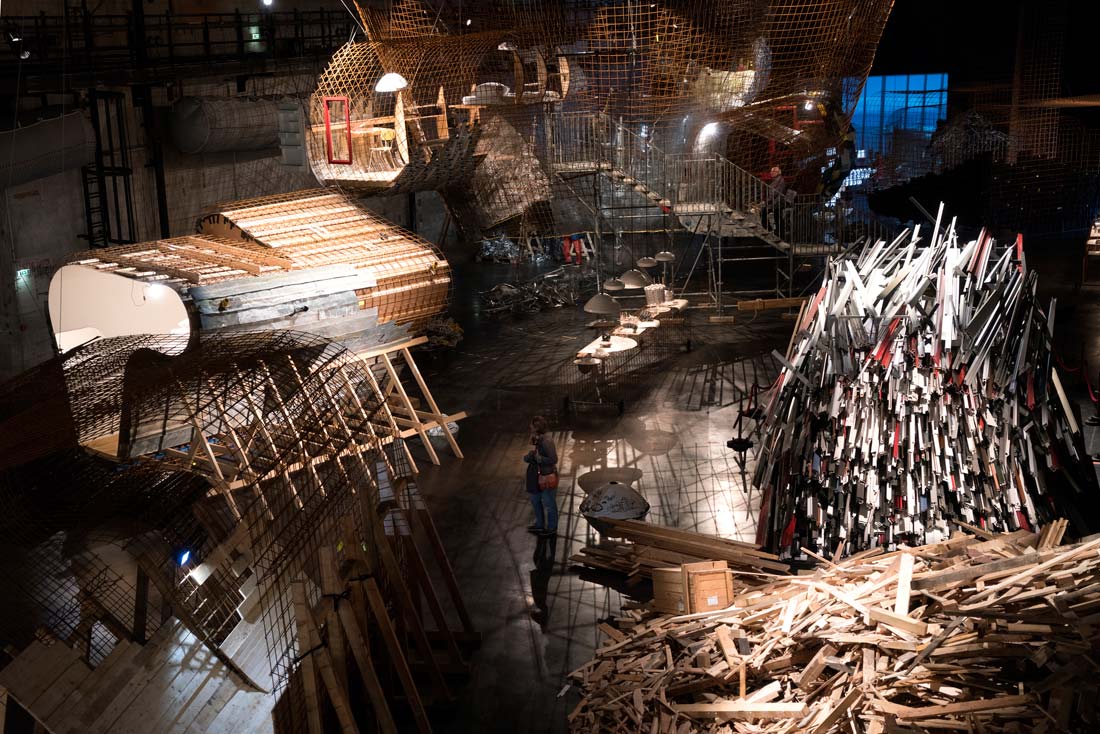 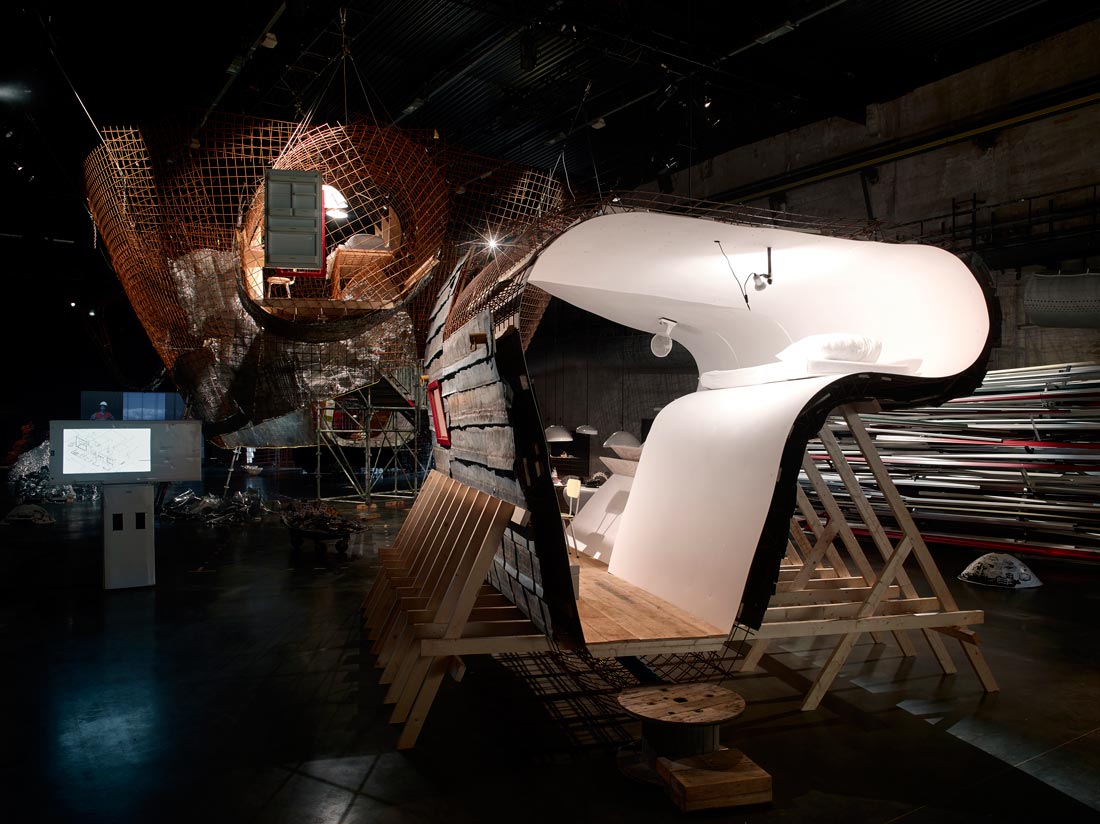 St. Nazaire is an industrial harbor town at the mouth of the Loire. Its economy centers on the production of the largest passenger ships on earth, aeroplanes and fuel. Fossil fuels are coming to an end, and aeroplanes and cruiseships are among the greatest killers of our climate.

Based on these three foundations, the city is obviously an economic center for an ending era. What are the possible futures for such a place? Raumlabor’s proposal for St. Nazaire is to get a foot in the door of a new emerging market: the production of collective space using industrial waste.

In the exhibition, they present their first 1:1 tryouts of structures for the future of collective housing. 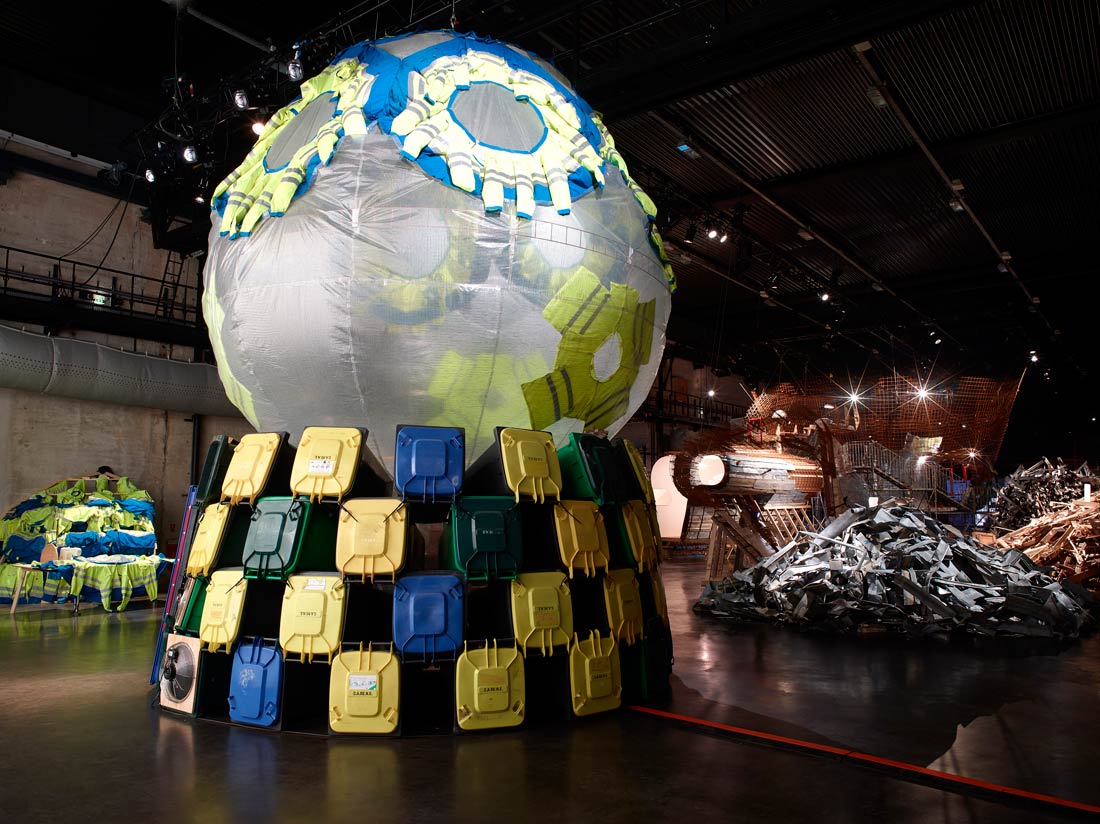 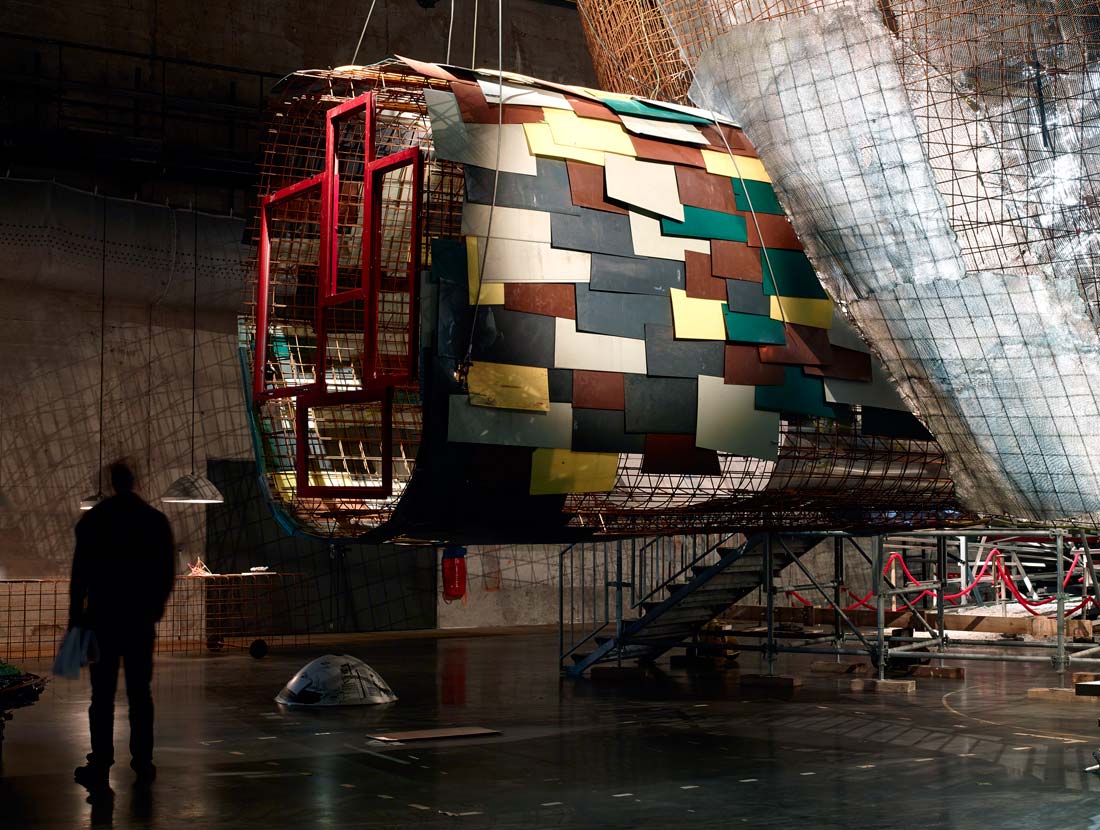 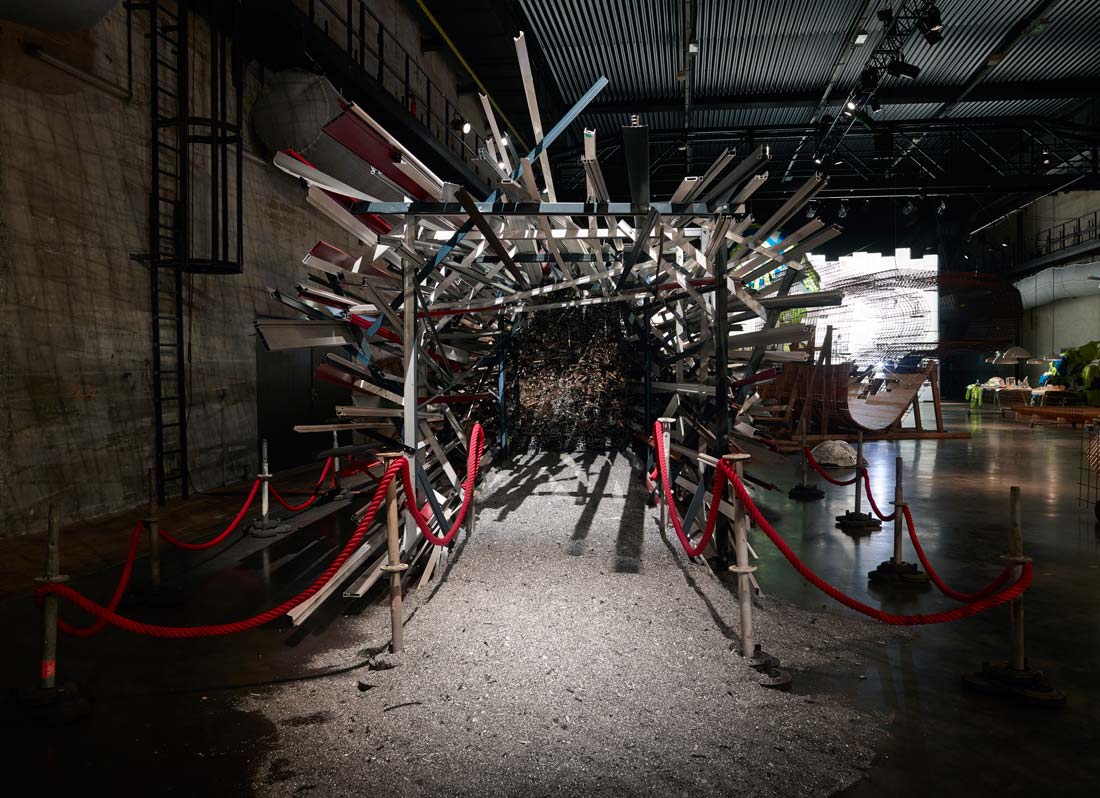 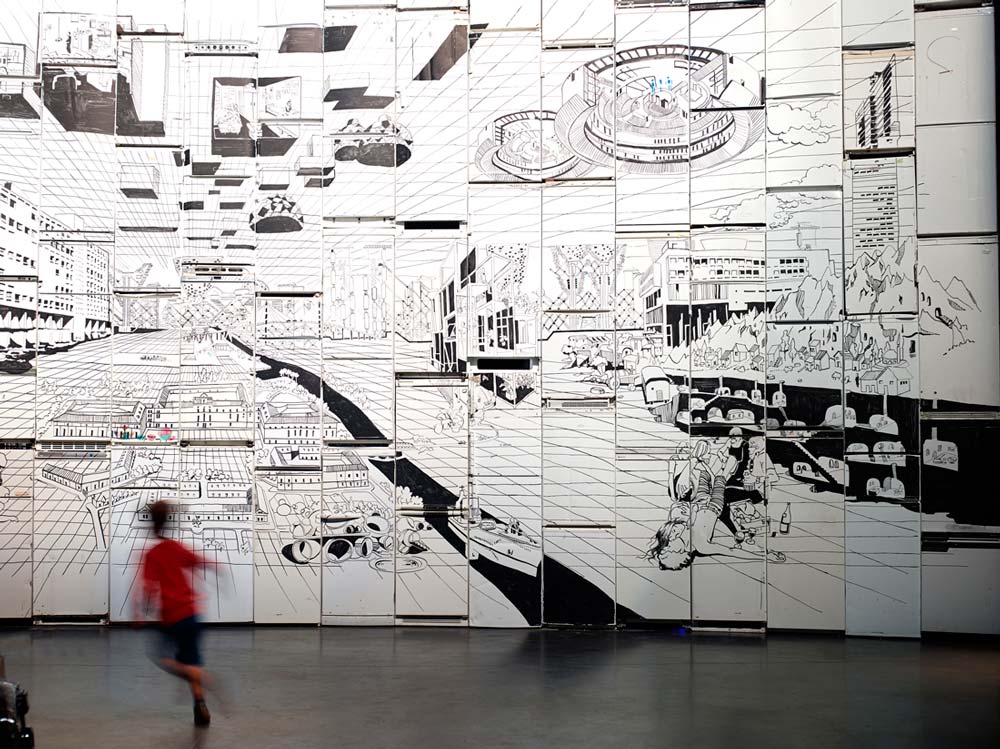 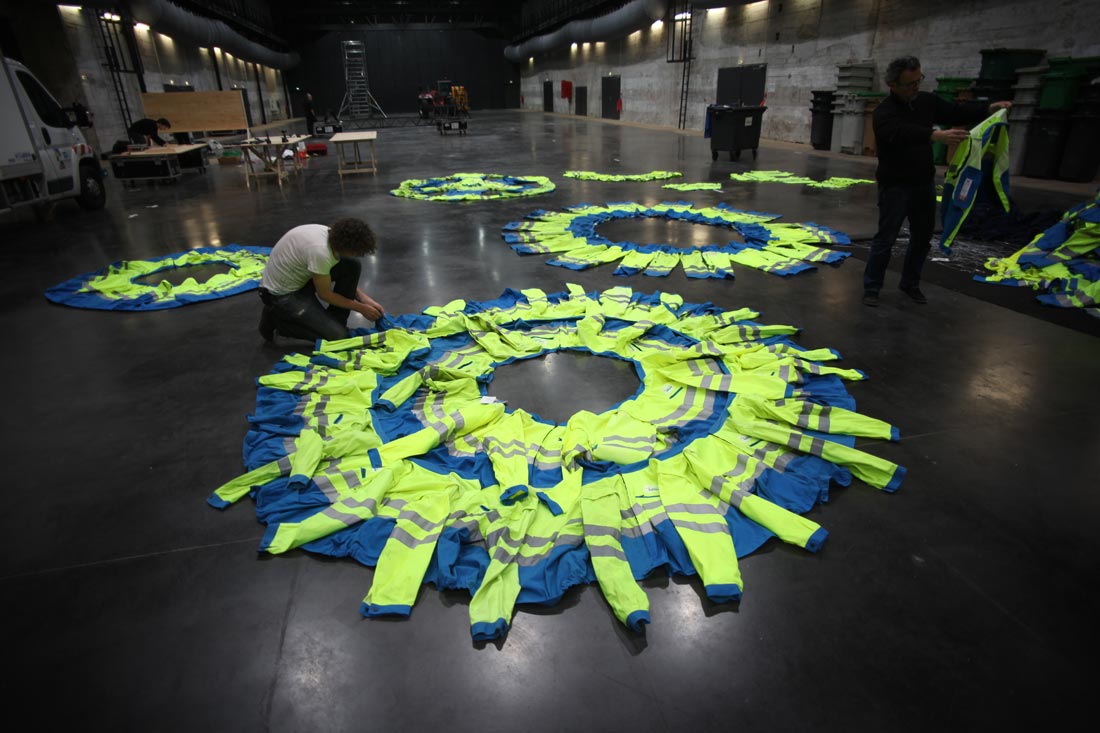 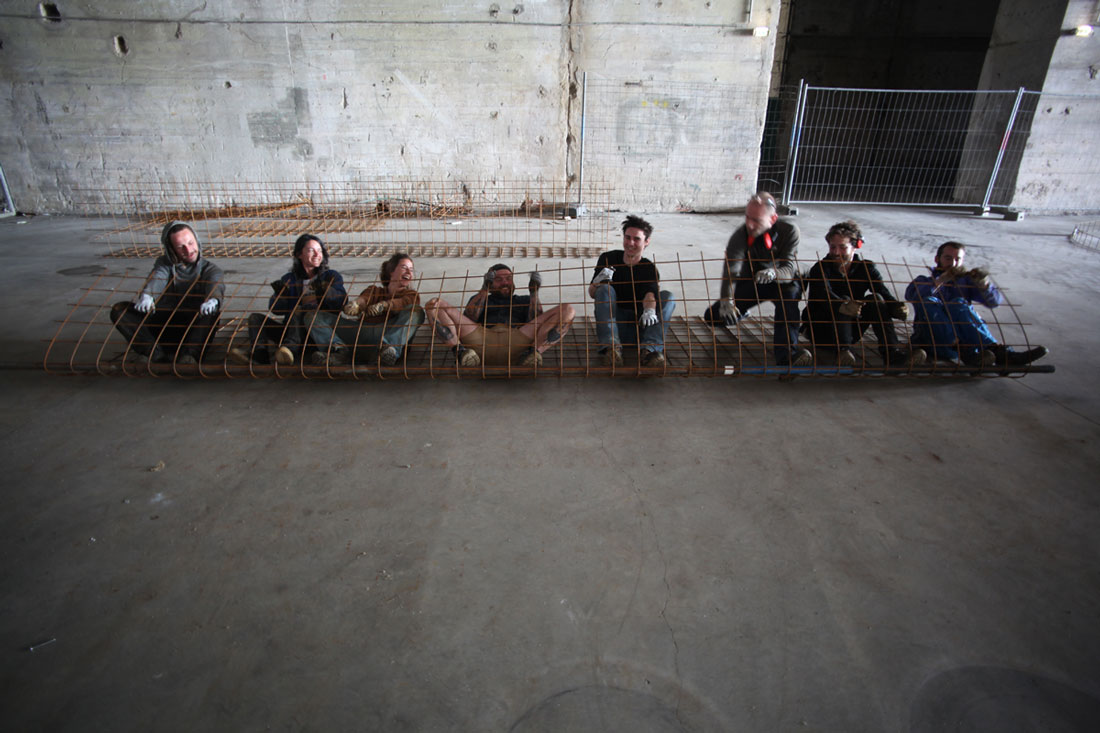 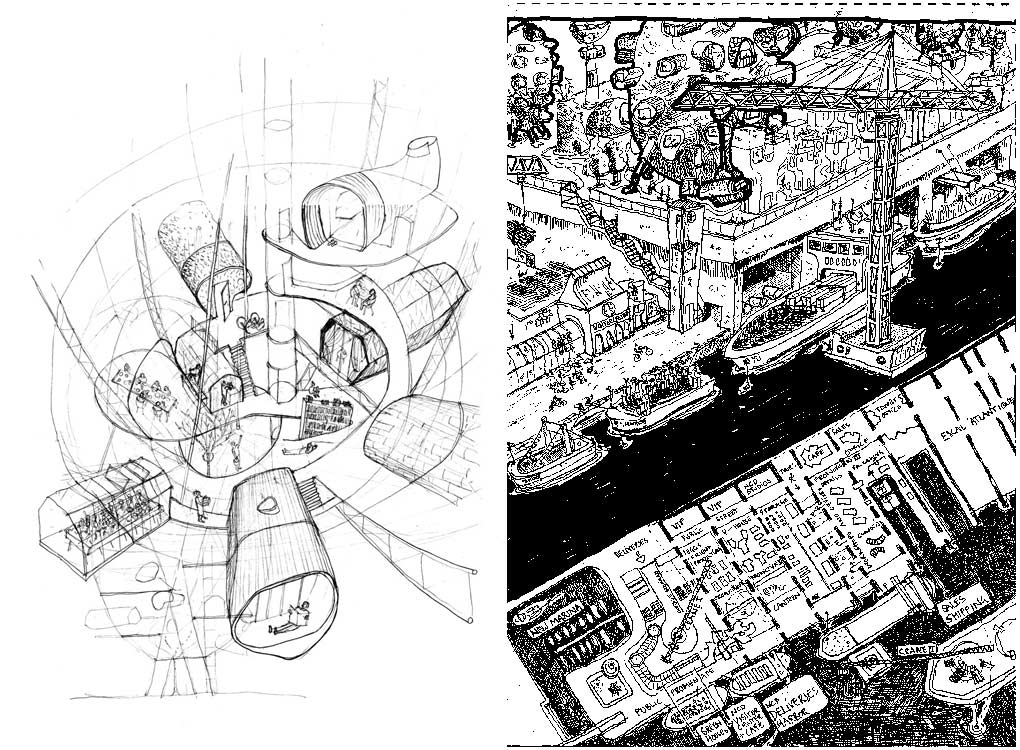