Situated in a heterogenous suburban surrounding the 2 storey structure expresses a distinct identity harmonizing with its neighboring buildings.

The concept of a spatial open square core is enlarged by a “filter” layer comprising boxlike secondary rooms, external stairs, sun protected playgrounds and a “green” façade. This intermediate layer works as a “verandah” zone mediating between the inside and the outside, allowing manifold outlooks and insights. Inside perspectives enable the user at any point to orientate him/herself within the building. 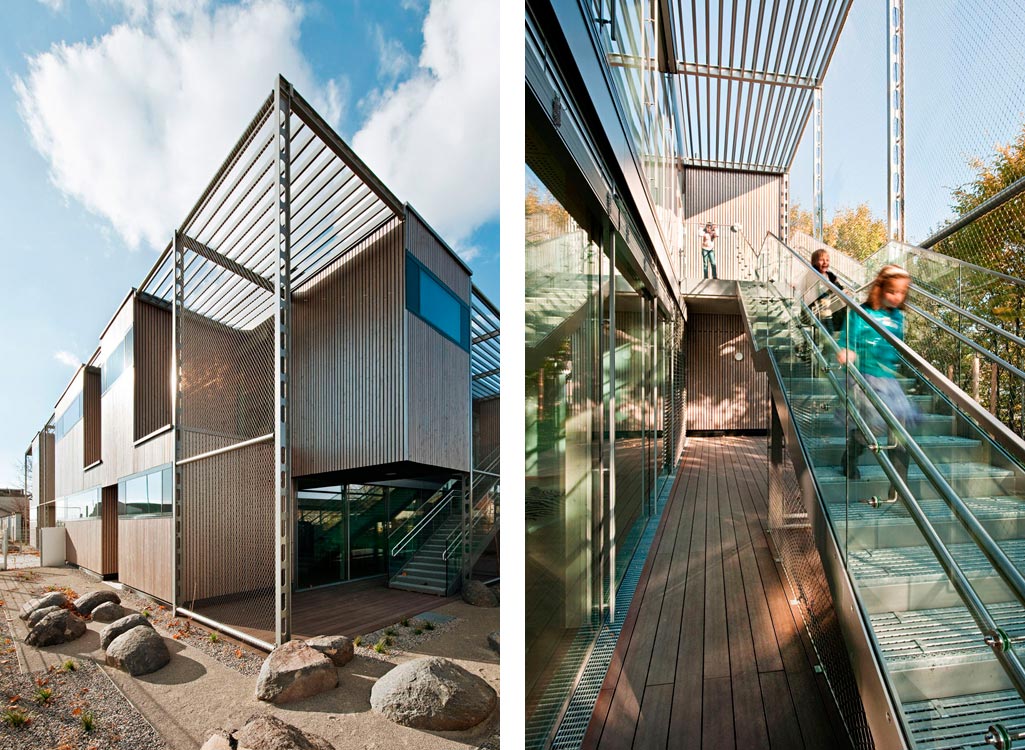 The entrance, administration / therapy, the bistro and 2 group rooms for infants are situated on the ground floor. On the first floor, there is a floating space for 4 groups according to the occupant’s concept of an “open mode” . One of the groups is separated by glass walls to serve as a relaxation room. The servicing rooms (i.e sanitary boxes, storage and play niches) are placed at the façade as annexes to the main space. 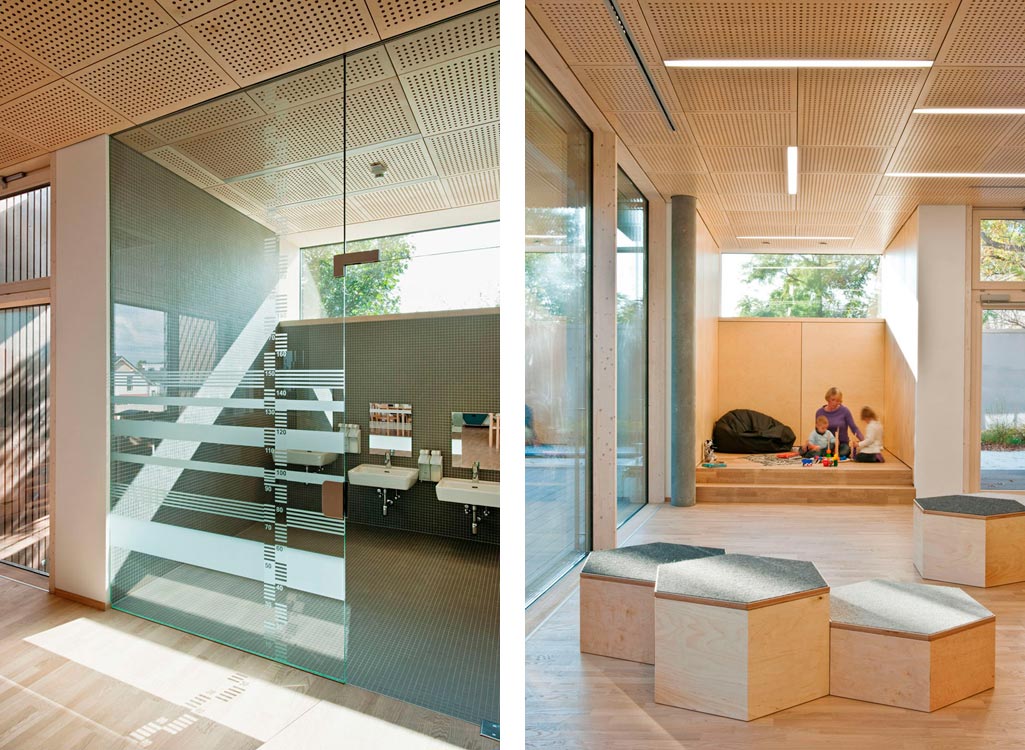 To stick to the prefixed schedule for completion, the choice fell on a mixed system of prefab-construction between in situ concrete and prefabricated cross laminated timber:

The ground slab and the slab between ground and upper floor of the square core (22 / 22m) is made of in situ concrete combined with columns of spun concrete. The roof is made of cross laminated timber (BBS), as well as the prefabricated boxes. A rectangular core of reinforced concrete and the slab next to the central staircase are used for the lateral reinforcement of the building. 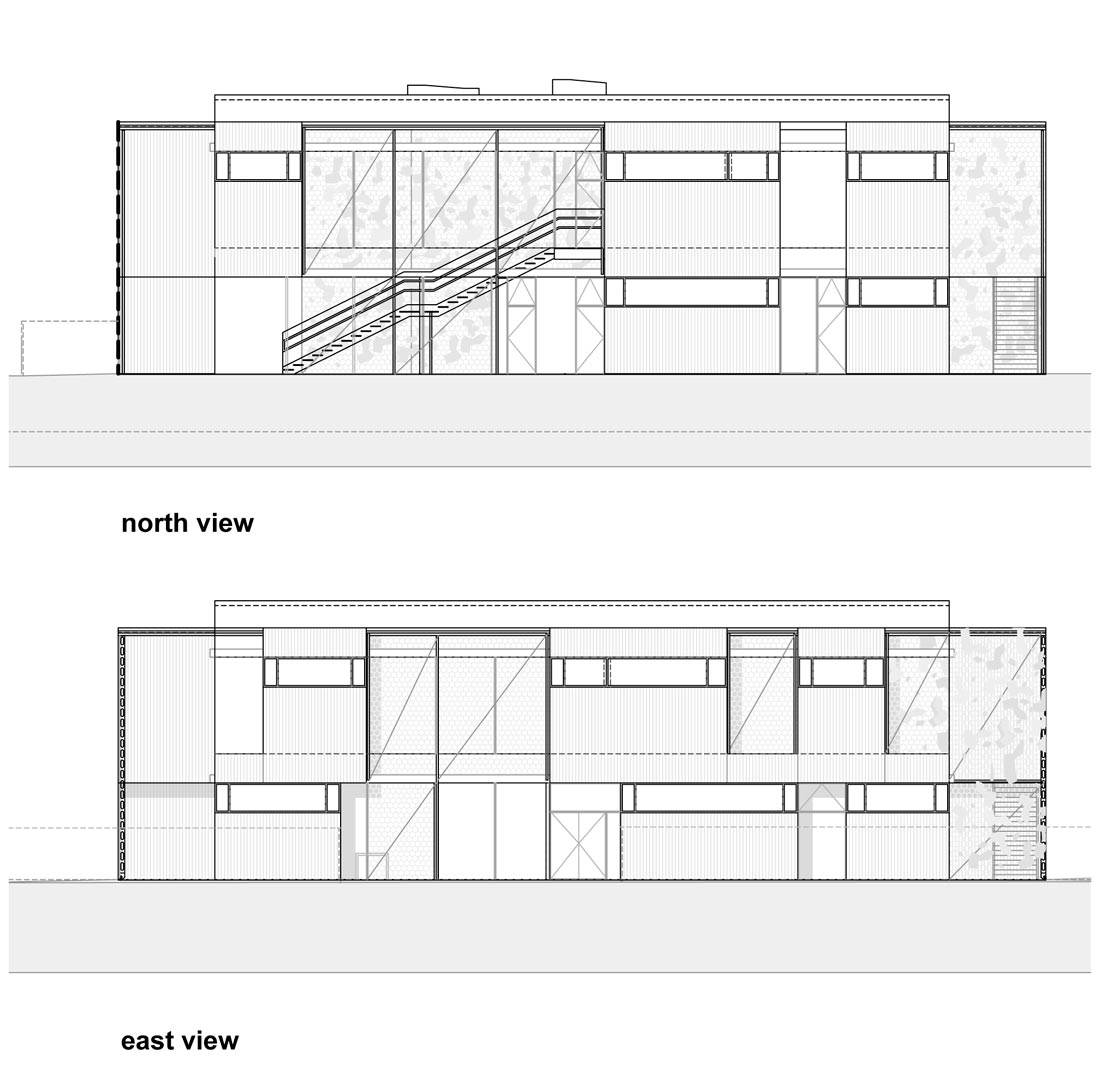 The kindergarden fulfills the requirements of a passive house standard. The heating and cooling system is based on a air / water heating pump situated on the flat roof.