In March 2017, UN Habitat presented a major urban planning project for Kalobeyei refugee camp in Turkana County in Northern Kenya. With over 17,000 refugees arriving from countries such as South Sudan, the new settlement was in urgent need of shelters. Thus, in June, the UN program organization contacted Shigeru Ban to design a model for permanent shelters for their planning project in Kalobeyei Settlement. Shigeru Ban visited Kalobeyei Settlement to investigate the site and its potential. During his visit, Ban studied the local houses and construction techniques, as well as the locally available materials

Ban proposed three different house models: Type A constructed with paper tubes; Type B constructed with timber and mud bricks; and Type C with interlocking soil bricks. His idea in designing three models was to allow refugees to choose the model they would like to live in among the three designs, instead of imposing a single model for all.

The three pilot houses were built in Kalobeyei Settlement on February 2018. Construction was expected to move to a larger scale beginning in March 2018. 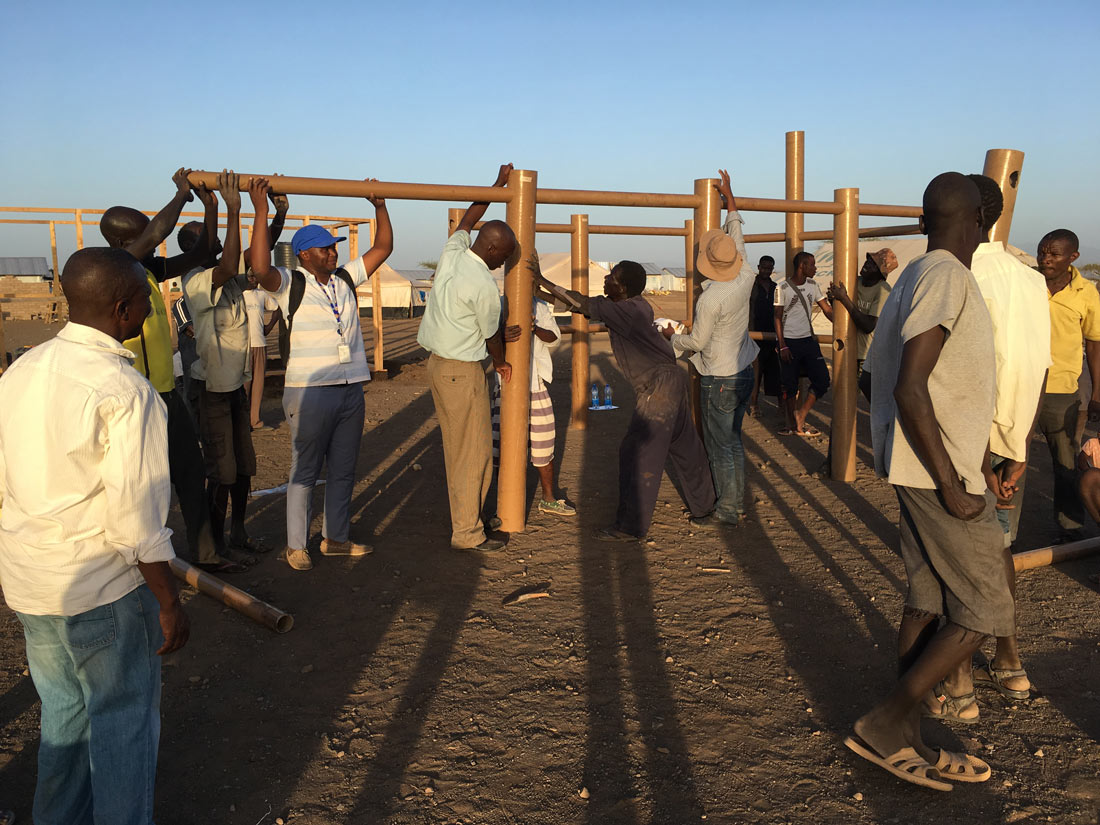 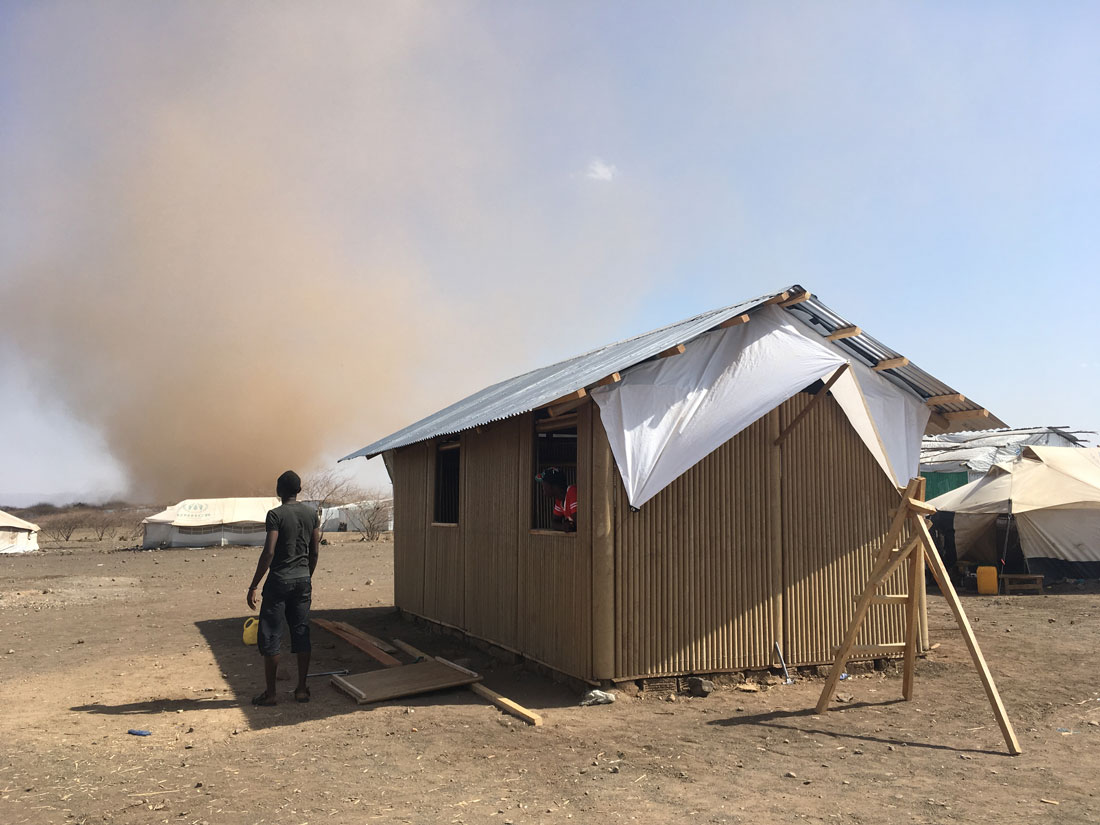 Completion of Type A

Type A uses paper tubes as both structure and enclosure. This design utilizes the previous experiences gained from constructing paper tube housing projects and at the same time integrates local construction methods. As this does not require specialized skills, the house can be assembled very easily by inhabitants. Also, since many women living in Kalobeyei are experts in weaving, they have been able to participate in weaving the paper tube enclosure wall. 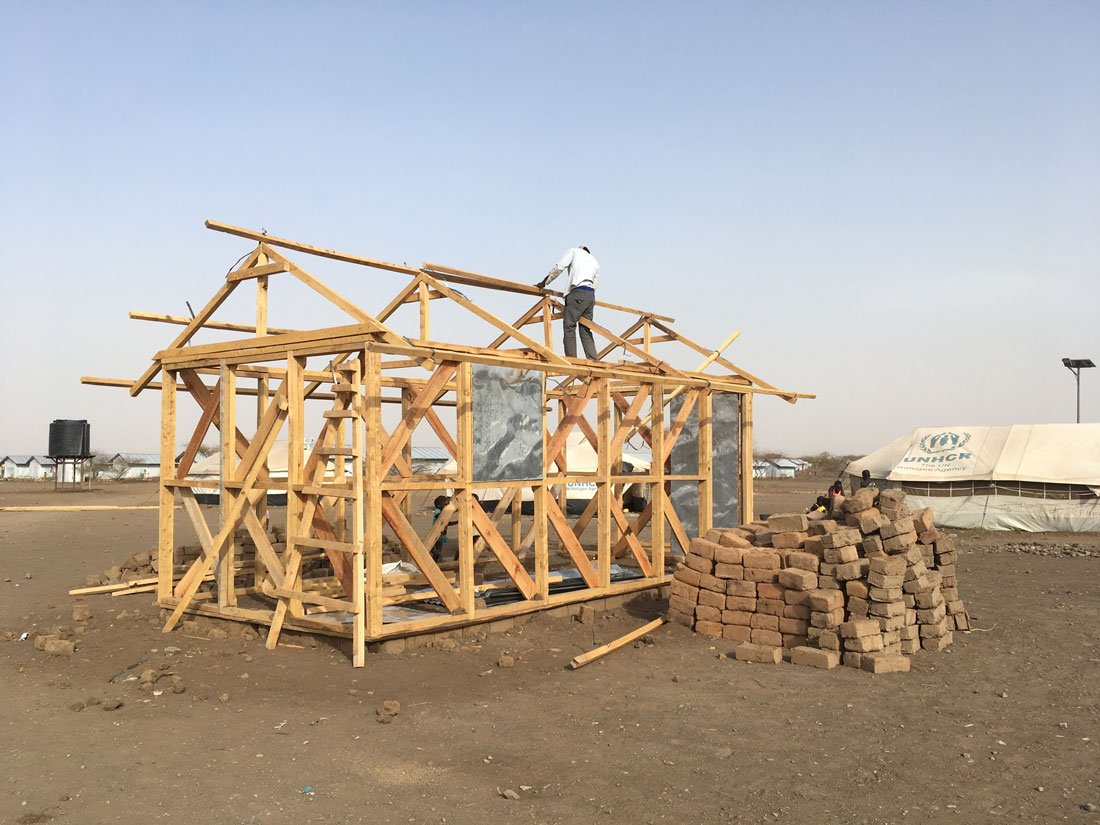 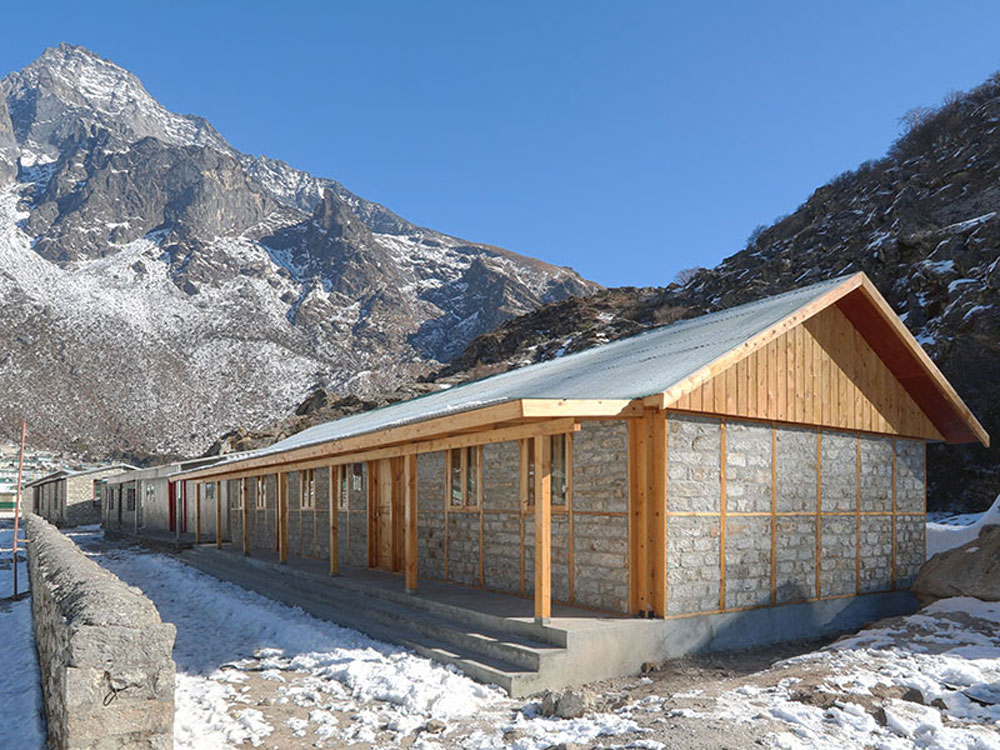 Type B uses a modular system of timber walls as the main structure. This earthquake-resistant structural system was first used in the Nepal Project after the large-scale earthquake in 2015. As the timber frames are all pre-assembled, construction can be done very quickly. Once the timber frames are in place, inhabitants can participate in infilling the frames with bricks to complete the enclosure. 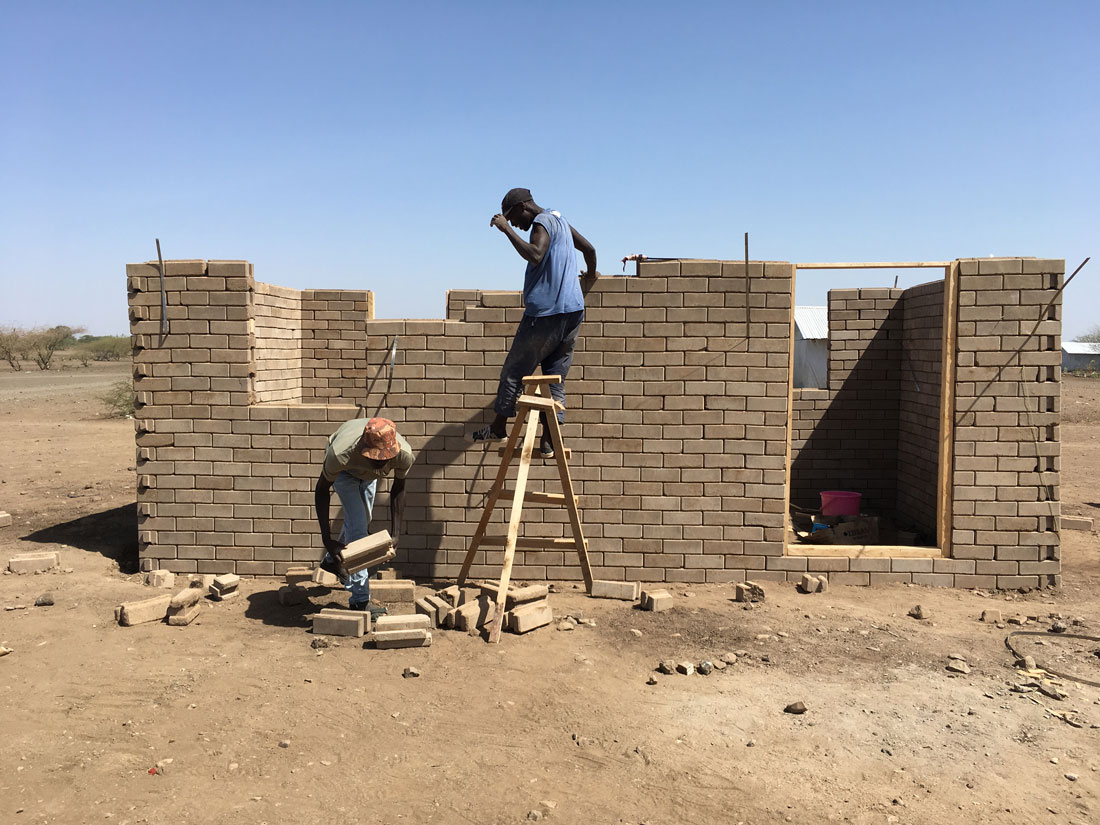 Type C uses compressed earth blocks (CEB) as both structure and walls. These interlocking blocks are pressed using a local soil mixture from near the site. This system was also used in the Kirinda Reconstruction Project in Sri Lanka.

On July 23, Shgieru Ban visited Kakuma camp and inspected the completed prototypes.
In addition to the prototypes that had been completed, Shigeru Ban also looked over the new prototype houses made of tree branches, as is commonly seen in South Sudan, and which adapt the timber frame house to create a larger living space.