Keremma takes its name from the wife of Louis Rousseau who, in 1822, bought 300 hectares of dunes that he set about stabilizing. Today, most of the inhabitants of this place, northeast of Brest, are his descendants.  This house’s lot is located behind a dune a few dozen meters from the sea, which lies to the north. There are no views of the sea, but you can constantly sense its presence through sound, wind, and clouds. 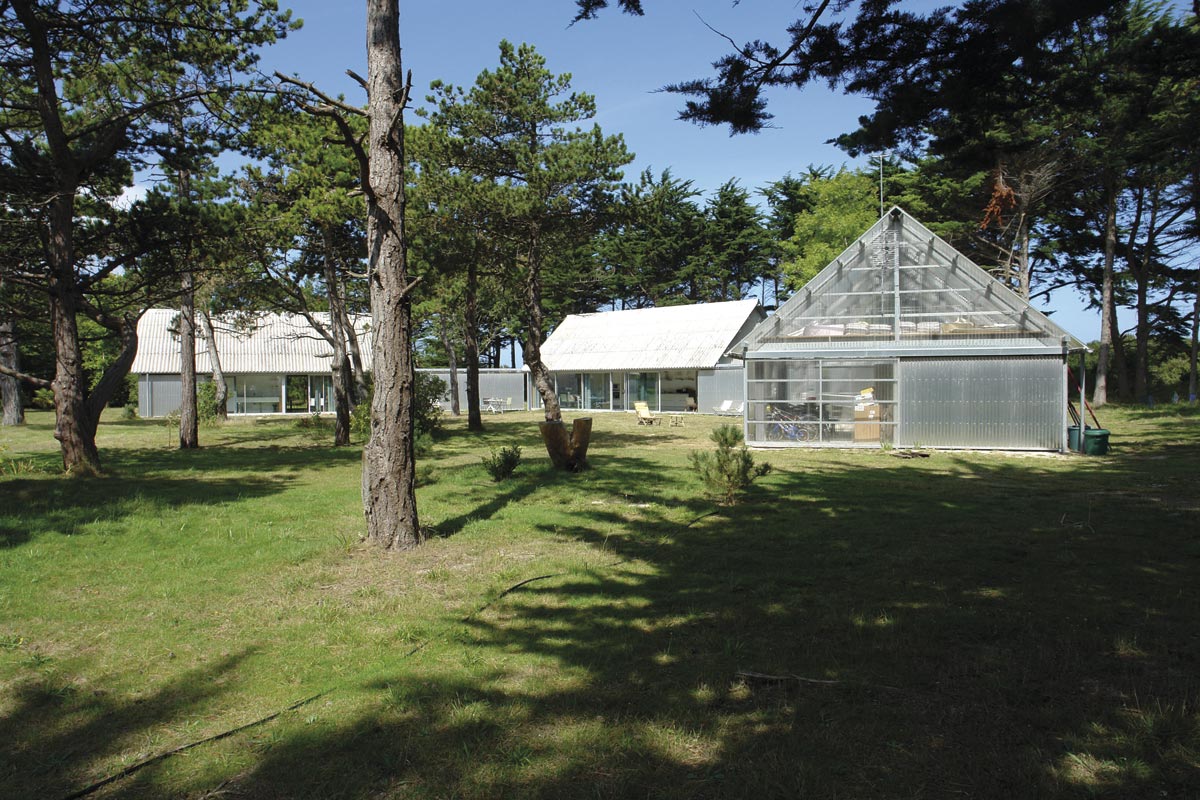 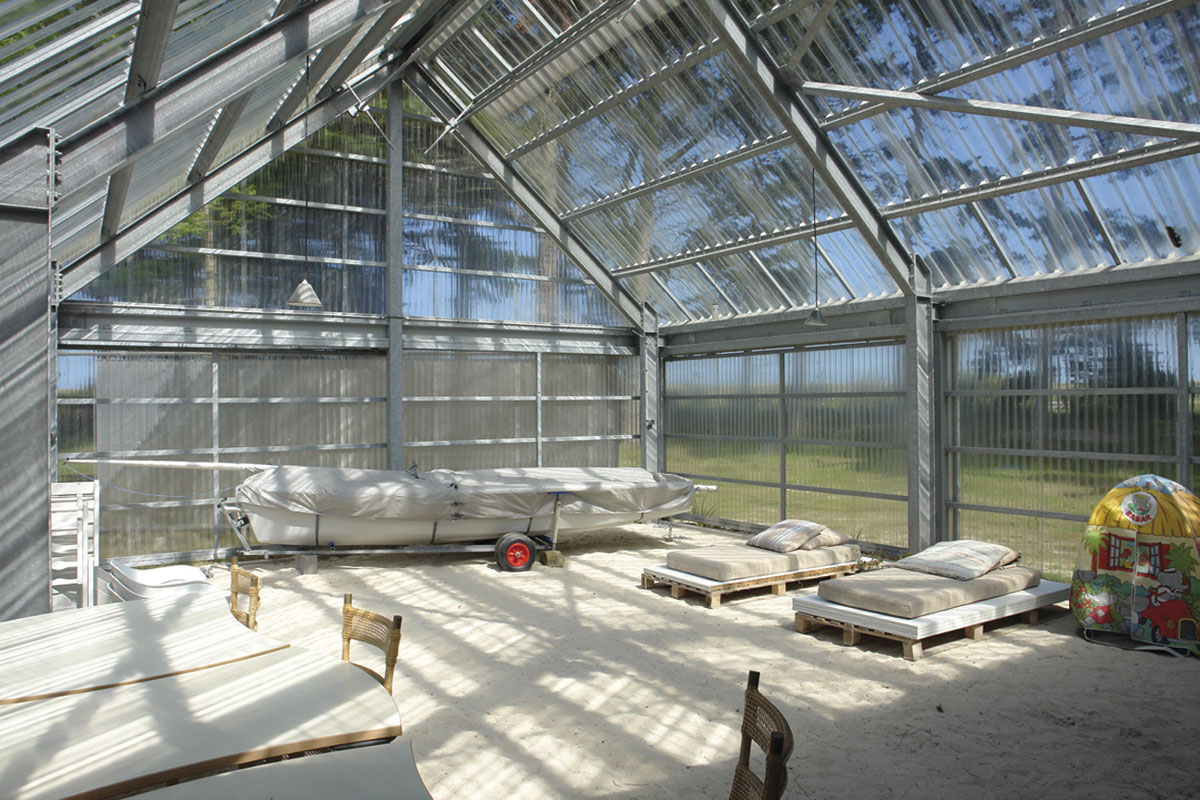 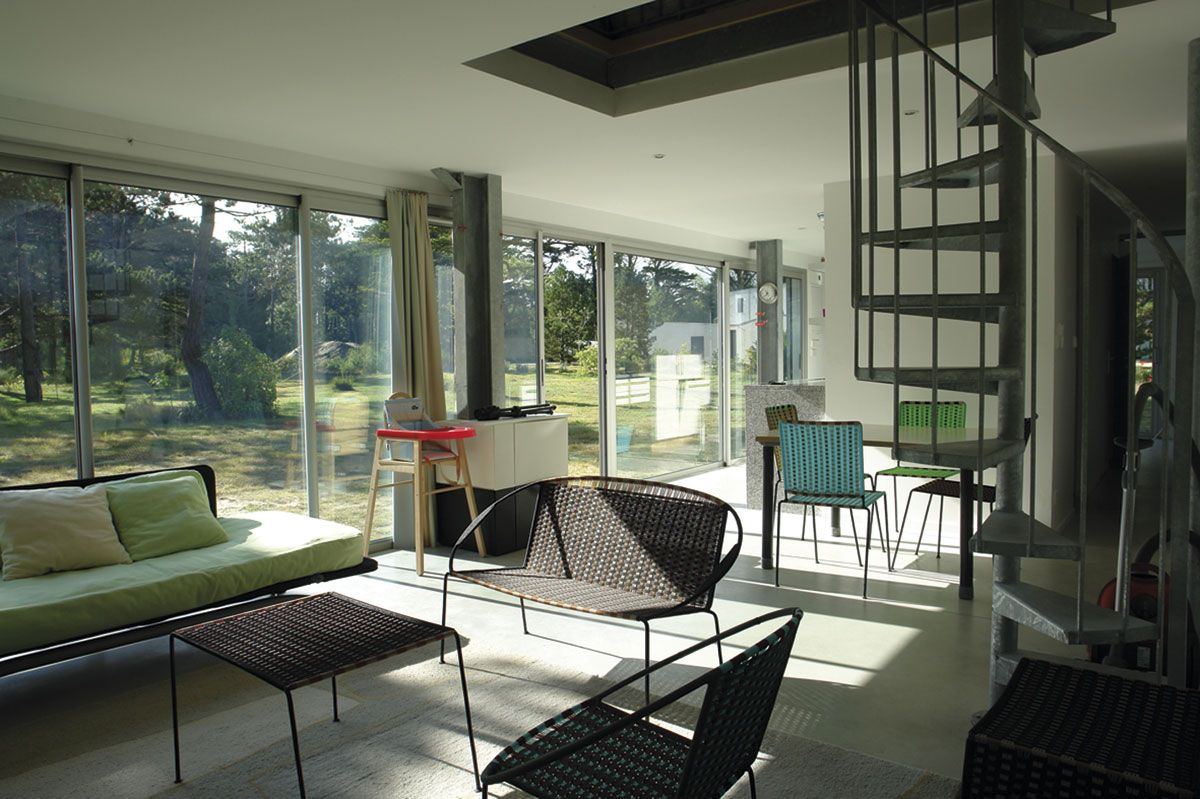 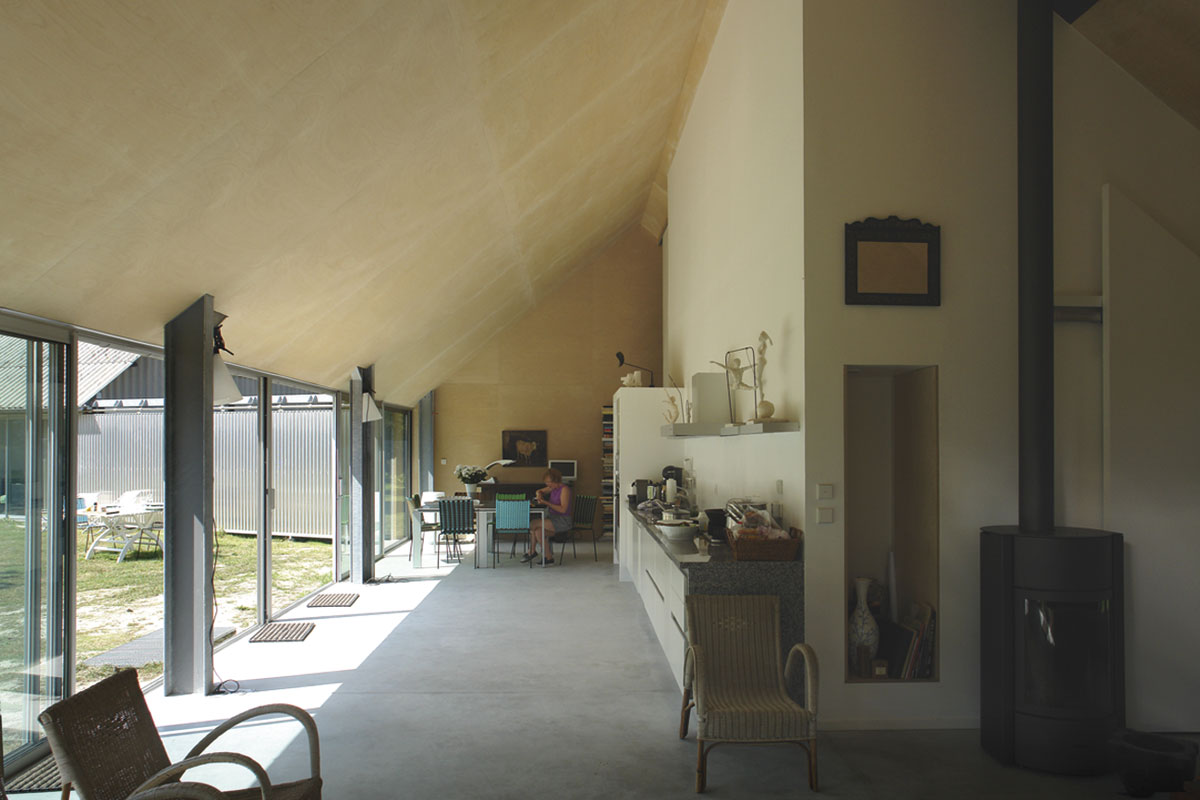 The house is inserted parallel to the lot’s northern and southern limits, between the edge of a wood and a clearing. It is comprised of three separate buildings, arranged in the arc of a circle: the convex side faces north, exposed to bad weather and wind; the concave side faces south, creating a more private protected exterior space with good exposure. The three volumes all have the same dimensions, areas, shapes and heights; they only differ in their interior layout, the type of shell and how they are enclosed. Sliding shutters close off the façades. When they are open, they link the houses to one another, modifying the relationship between indoors and outdoors. 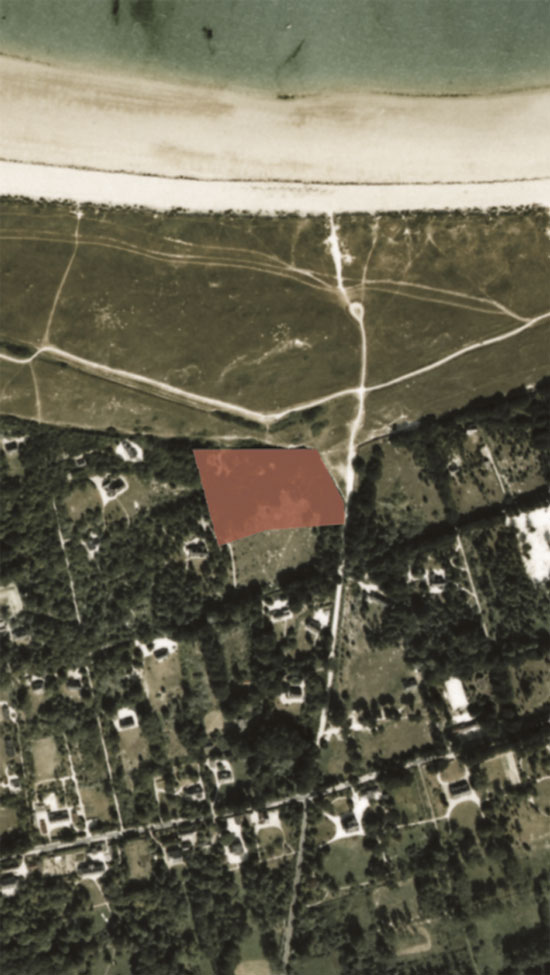 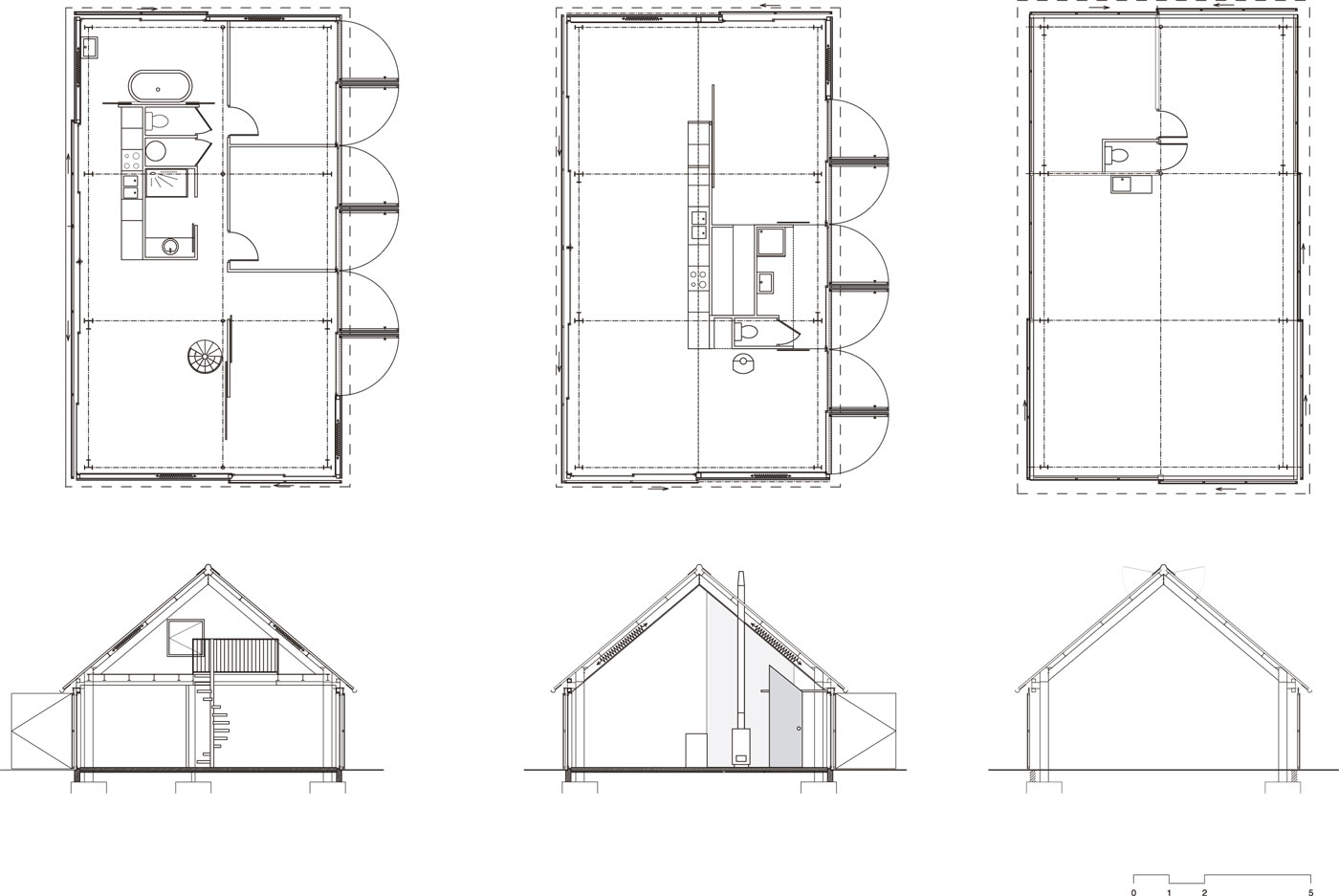