Bauhaus Museum Dessau: A Building within a Building

Bauhaus Museum Dessau is a building within a building, a soaring concrete block enveloped in glass. At the end of 2015 the proposal from the Barcelona-based young architectural practice addenda architects won over the jury in the open international competition, which had attracted 831 submissions from all over the world. The architecture stands out for the clarity and simplicity of both the concept and the aesthetics. It is restrained yet persuasive, and the formal vocabulary is a creative take on both the present and Modernism. 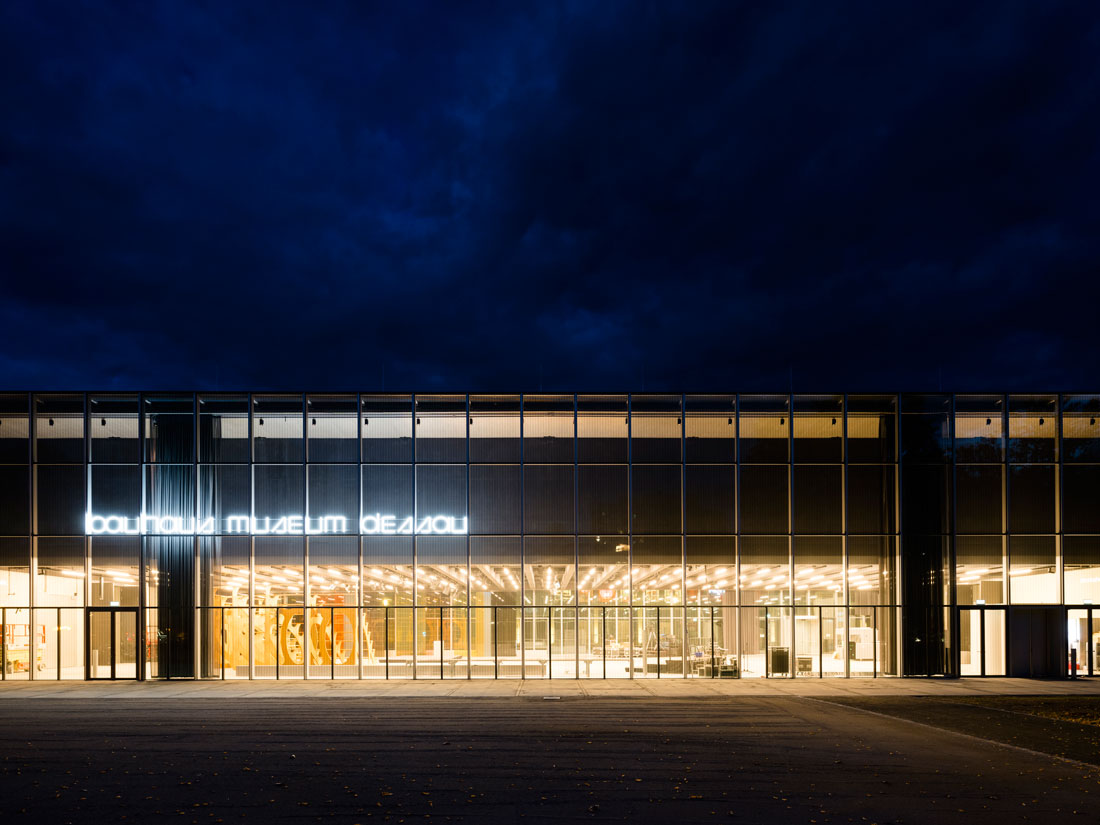 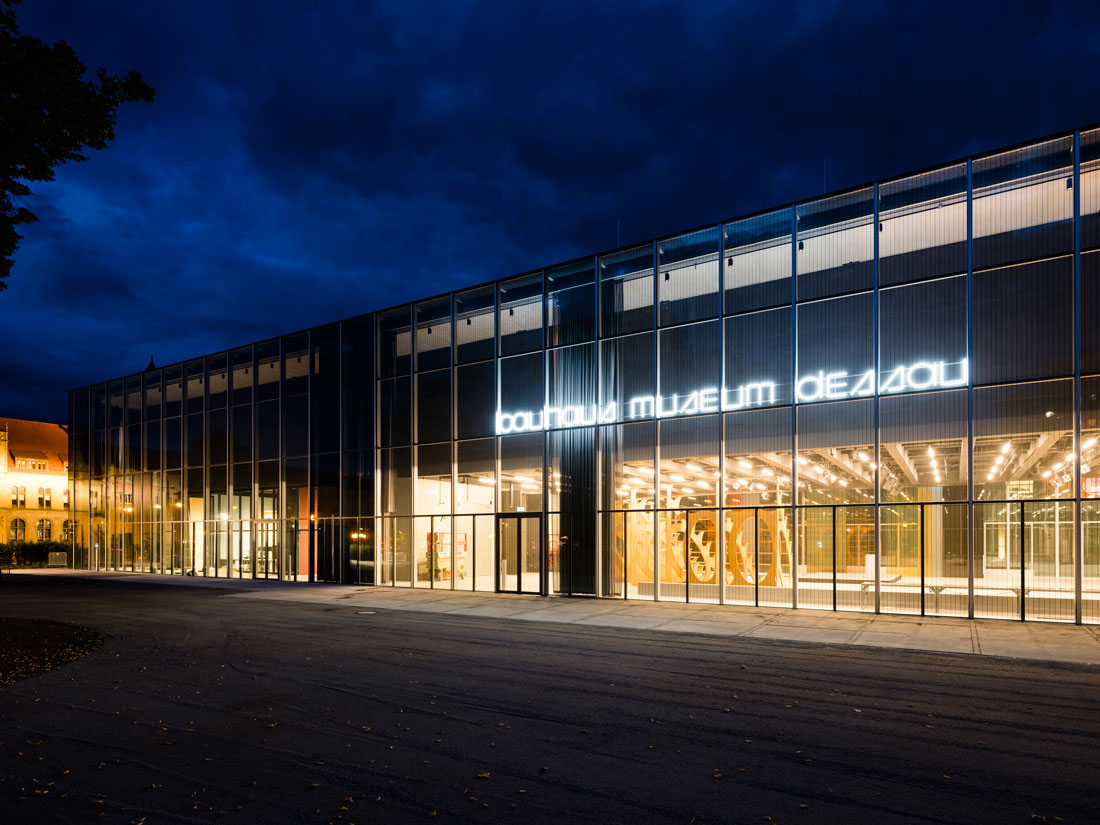 Located at the heart of Dessau, Bauhaus Museum Dessau draws a line between city and nature, while also acting as an interface between them. Depending on the light, the surroundings are reflected more or less strongly in the glass façade or enable views through the building. On the side facing the city, the block relates all the more strongly to the urban environment, while the buildings opposite are reflected in its façade. On the side facing the park, the interaction with nature is all the stronger when the trees are reflected in the glass. And when you enter the building, everything nevertheless seems open and transparent. 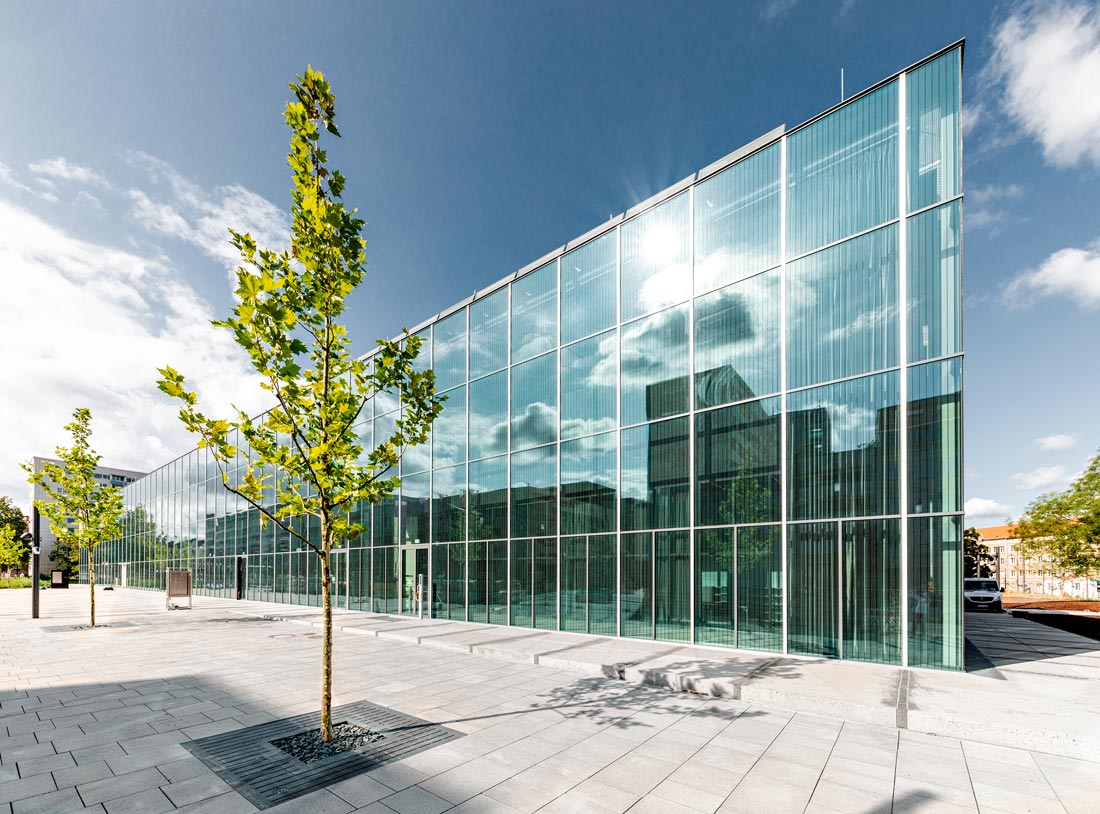 The Black Box on the first floor forms the core of the museum. It consists of a closed cube made of reinforced concrete that stands on stilts. For conservational reasons there is no natural light inside, and the 1,500 square meters of space provide optimal climatic conditions under which to present the sensitive items from the collection. The box is about 100 meters long, 18 meters wide and floats five meters above the heads of the visitors. 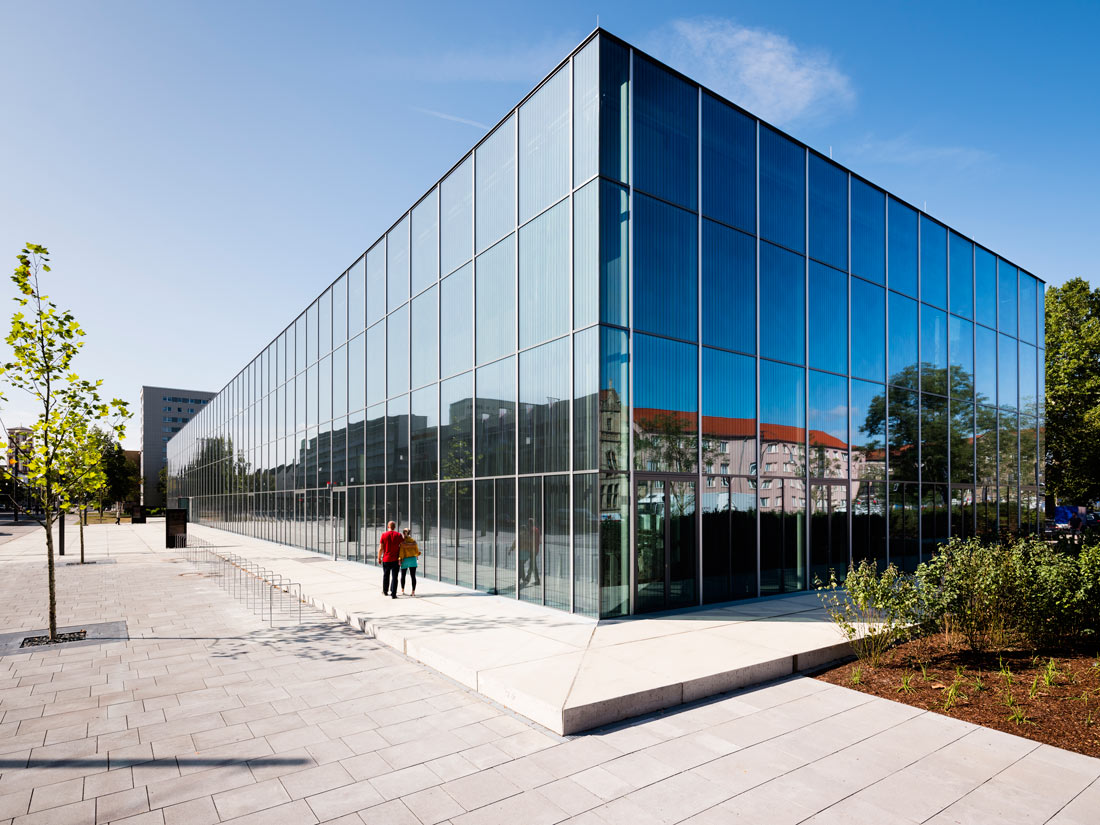 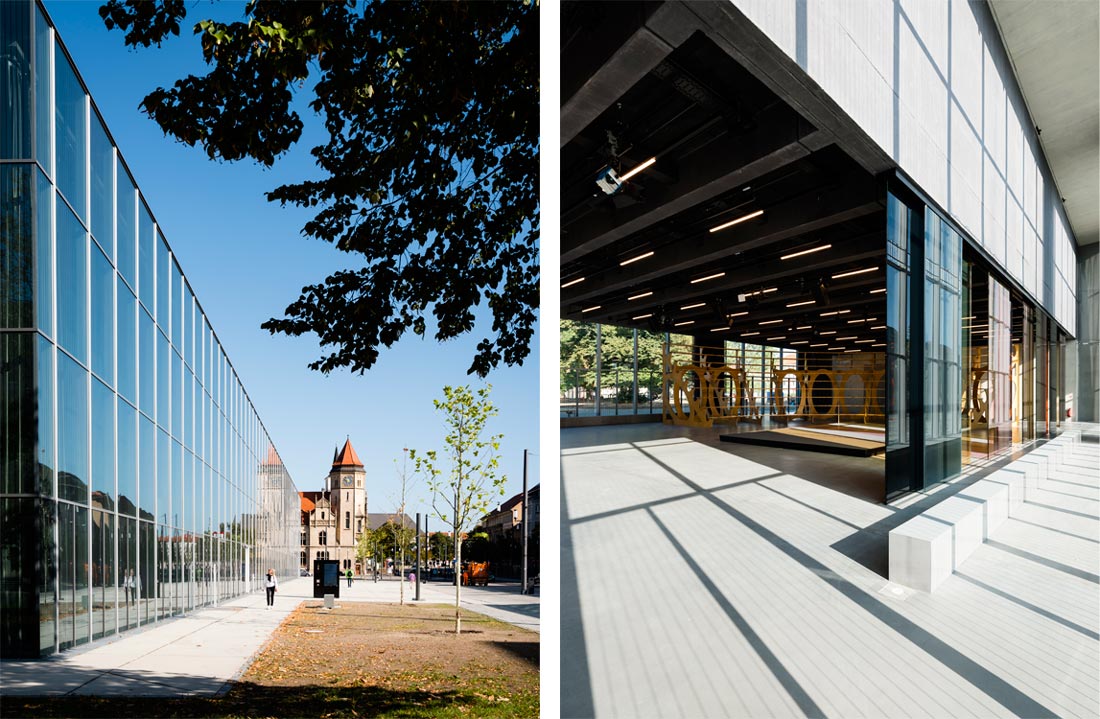 For the load-bearing structure, addenda architects took their cue from bridge building and pushed things to the limit. The cube thus rests only on two stairwell shafts, 50 meters apart, and there are no intervening supporting pillars. The two ends project about 18 meters over the stairwells. Beneath them, on the north side are office spaces and the delivery bay for art and, on the south side, event venues and education spaces. 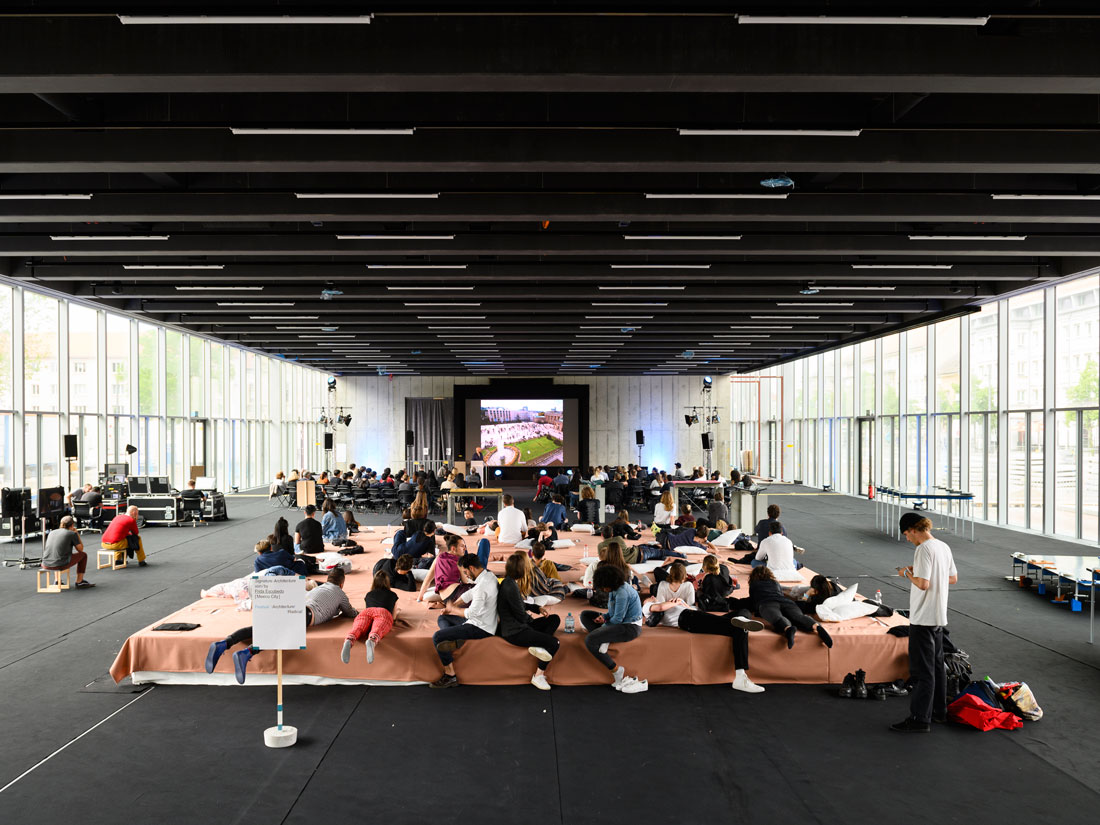 On the ground floor, the Open Stage is positioned between the stairwell shafts. This flexible multipurpose space boasts a lobby, the ticket desk, a café and shop as well as 600 square meters of space for changing exhibitions. The two artworks Lichtspielhaus by Lucy Raven (art for architecture) and the Arena by Rita McBride provide a forum for dance, concerts, plays, performances, debates, conversations, lectures, film screenings and encounters. 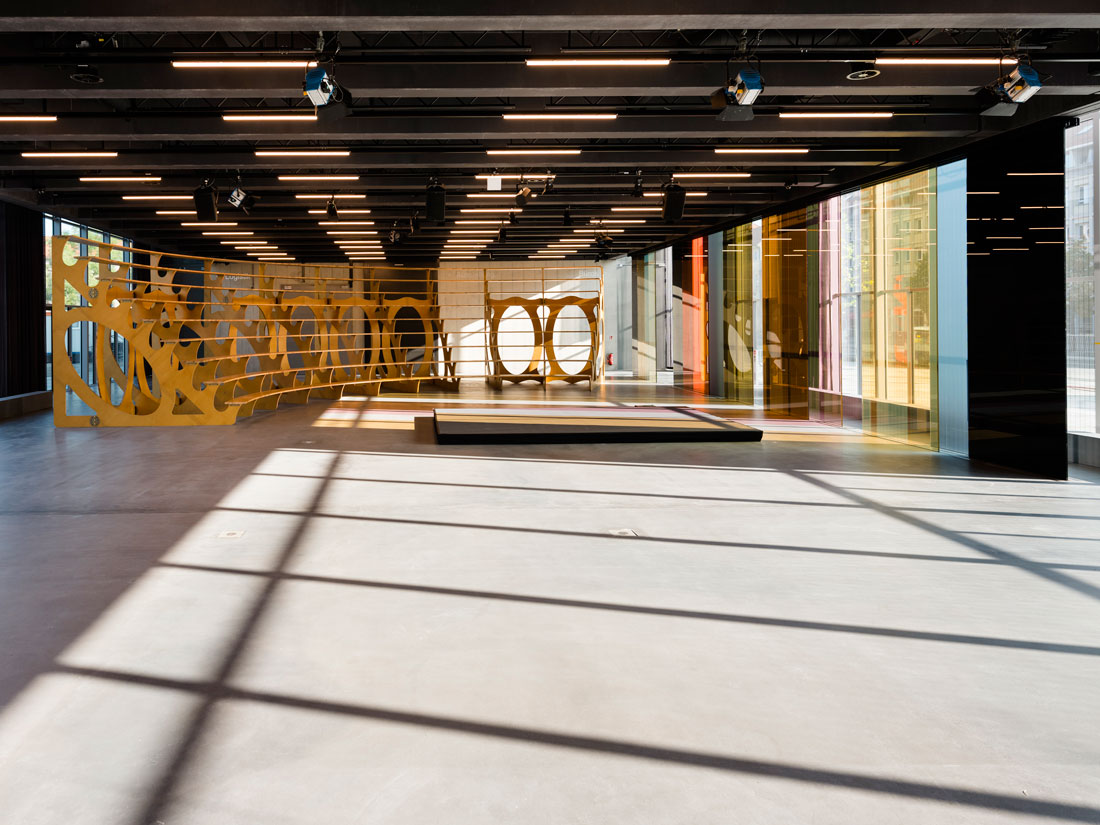 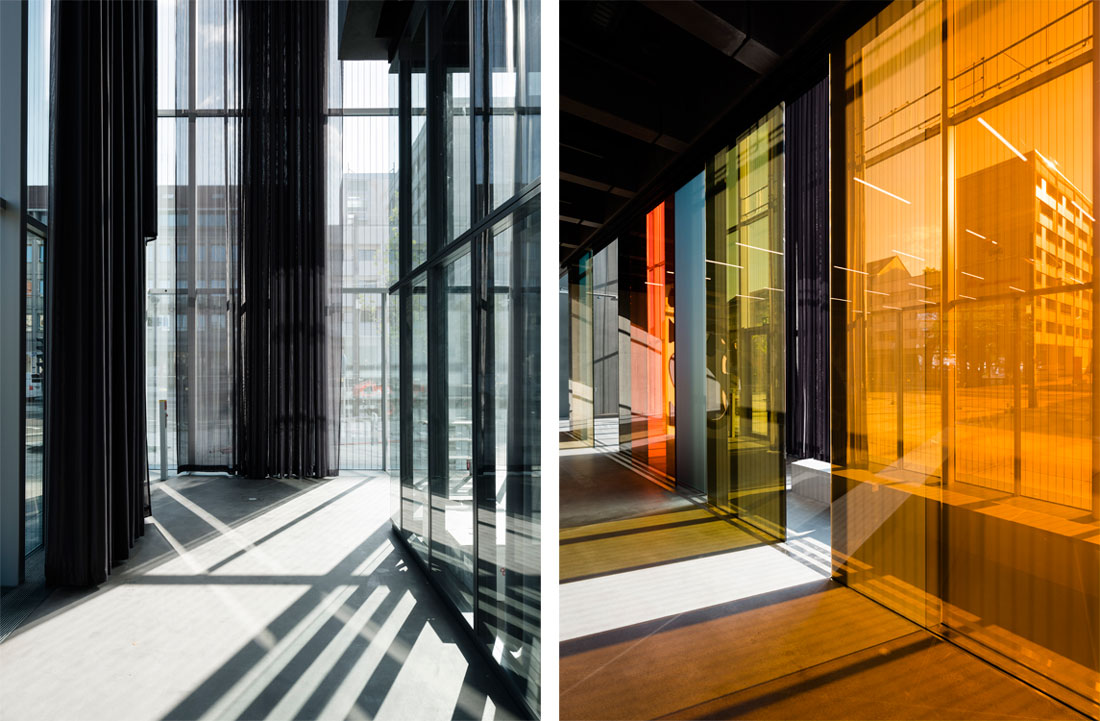 The glass façade that runs around all four sides forms the outer envelope. It embraces the Black Box and the Open Stage and turns them into exhibits in their own right, presented in a display case. Structured by a 2.10-meter grid, here addenda architects deliberately rely on repetition to structure their design and yet ensure its maximum flexibility. While the dimensions of the Black Box result from the predefined size of the required exhibition area, the museum’s outer dimensions were not included in the brief. Economic factors, namely money and time, were decisive here. The building was made as large as possible with the budget available. The result took just under two and a half years to construct and features a 105-meter-long, 25-meter-wide and 12-meter-high building. A total of 571 triple-glazed glass panes were needed. They provide heat insulation, protection from the sun, bird protection and security. 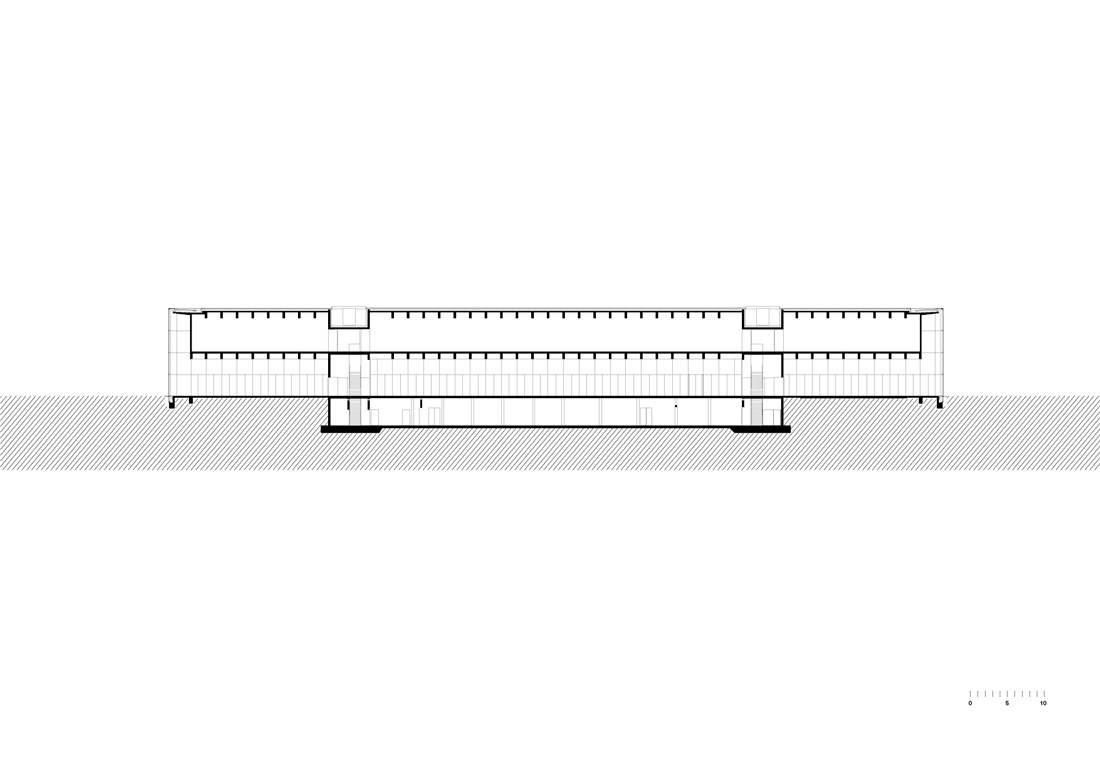