Auditorium in the Church of Sant Francesc Convent: Historical Wounds and Contemporary Language

The Sant Francesc convent, located in the small Catalan town of Santpedor, was built in the early 18th century by Franciscan friars. In 1835 the convent was sacked. Thereafter began the process of progressive deterioration of the building that ended with its demolition in 2000. Only the church remained standing, but in a completely ruinous state. 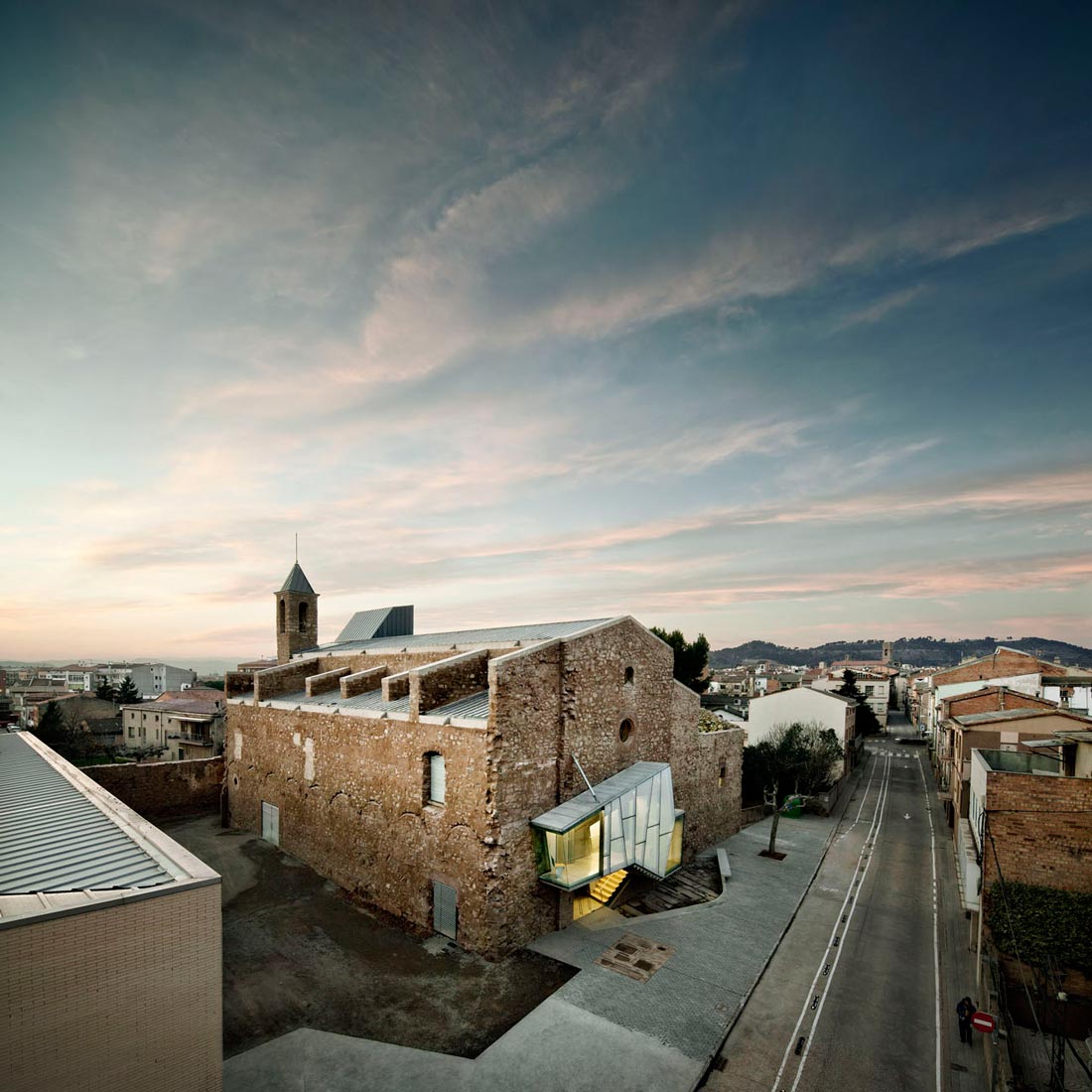 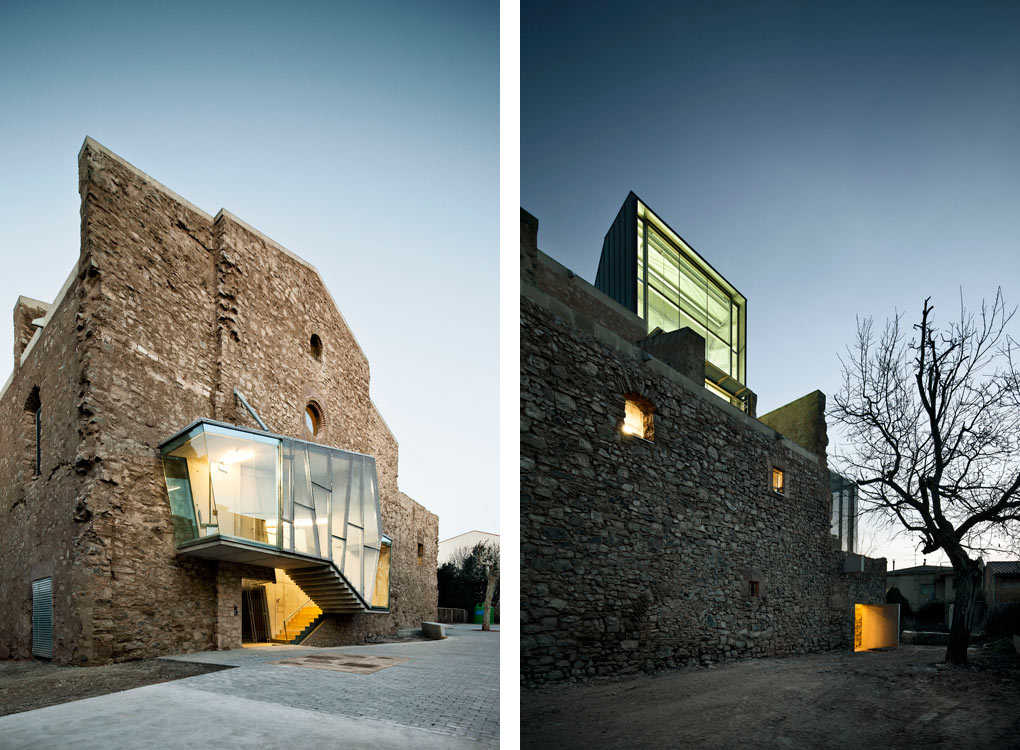 The project was aimed to convert the Church into an auditorium and a multifunctional cultural facility. The intervention has consolidated the church without deleting the process of deterioration and collapse that the building had suffered. The project has maintained the dimensions of the interior space of the church as well as the unusual entries of natural light produced by partial roof collapses. Rather than reconstructing the church, the intervention has consolidated the old fabric, clearly distinguishing the new built elements from the original ones. The renovation allows for reading historical wounds and the building’s most important spatial values without sacrificing the use of a contemporary language in the new elements introduced through the intervention. 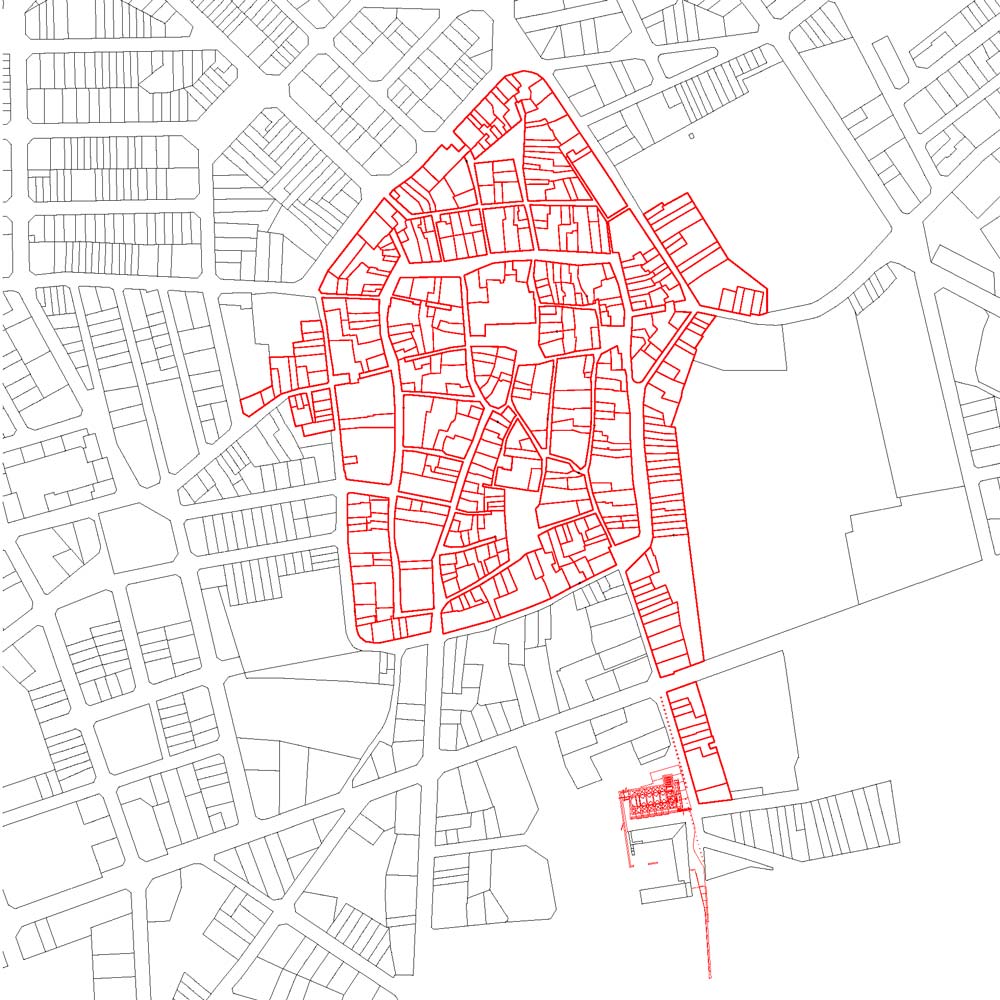 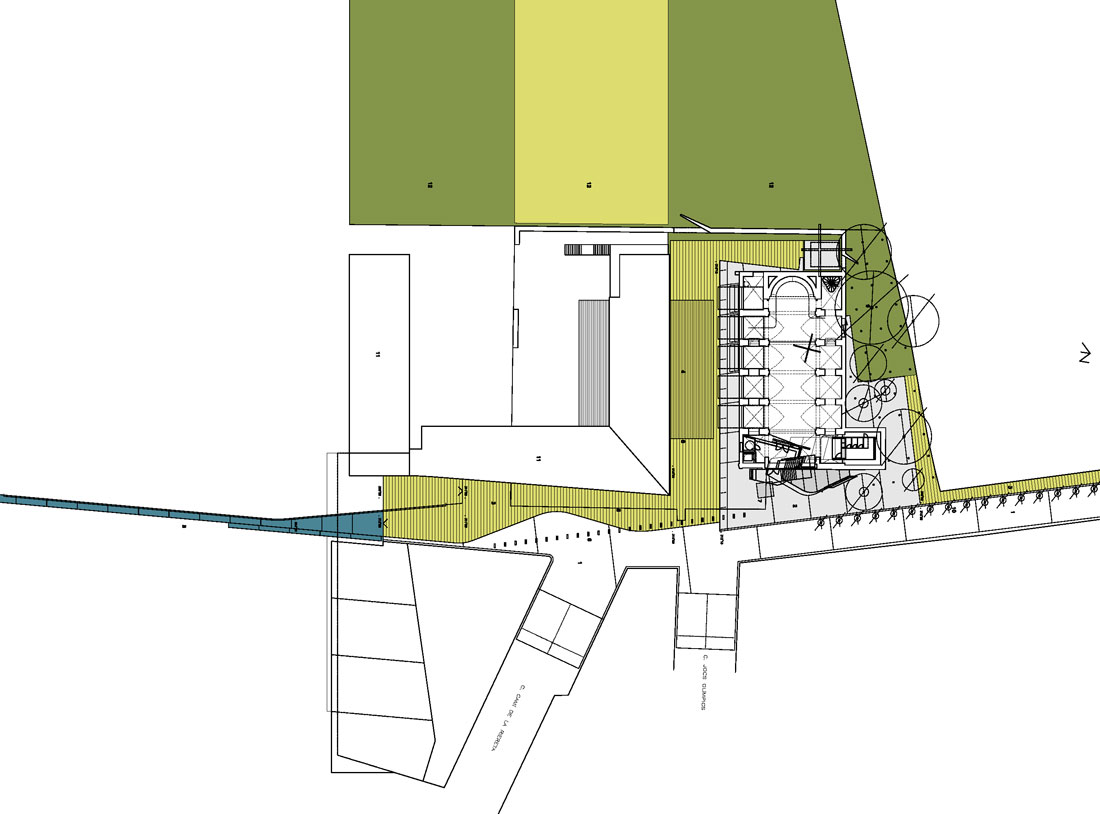 The new programmatic volumes inserted (as vertical accesses or technical equipment) have been located partially outside of the church with the aim of preserving the unity of the interior space of the nave. In addition, the new stairs and ramps provide a singular circular route across the building with amazing and diverse views. 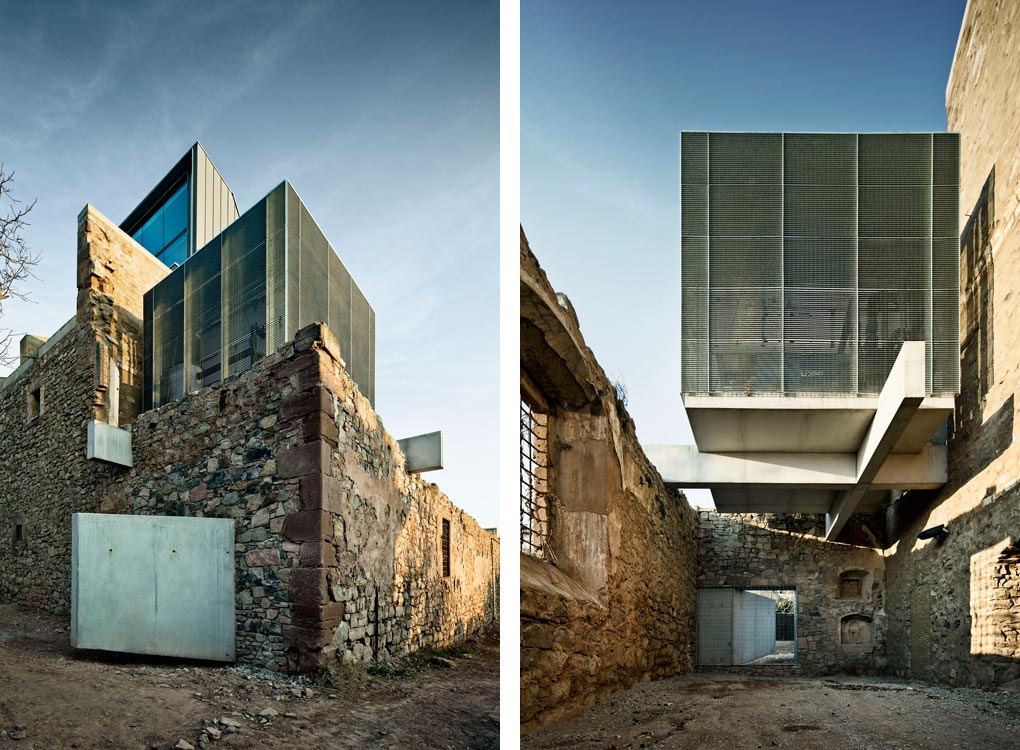 The intervention preserves the historical heritage of the building and simultaneously adds new values which highlight and singularize the ancient church in a contemporary way. 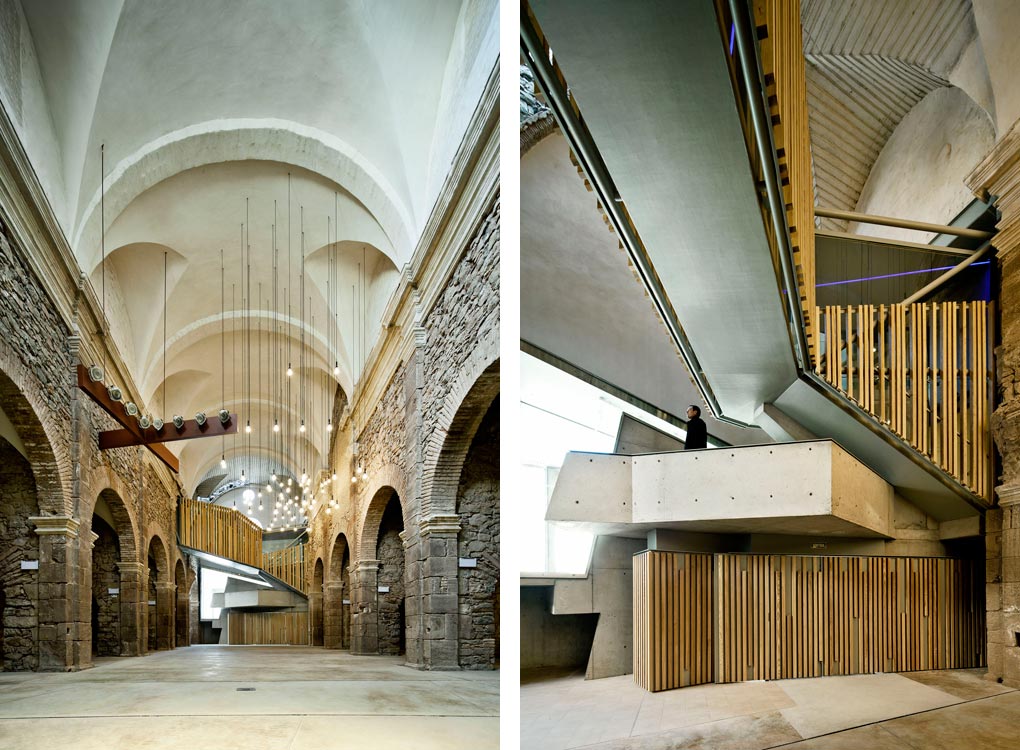 In the future, a final phase will complete the project by placing a historical archive on the upper floors of the south side of the church. 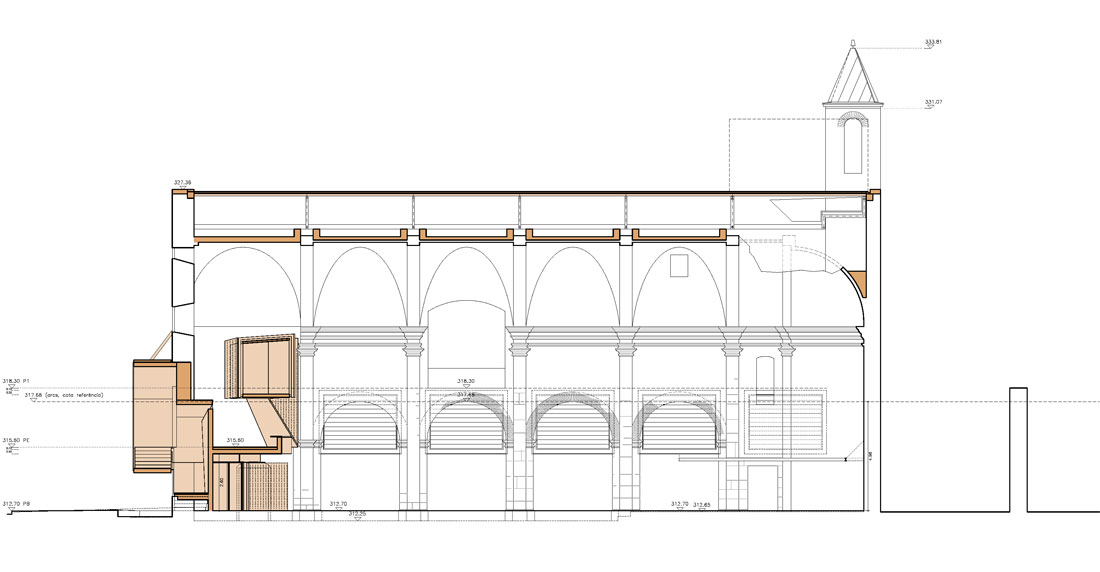 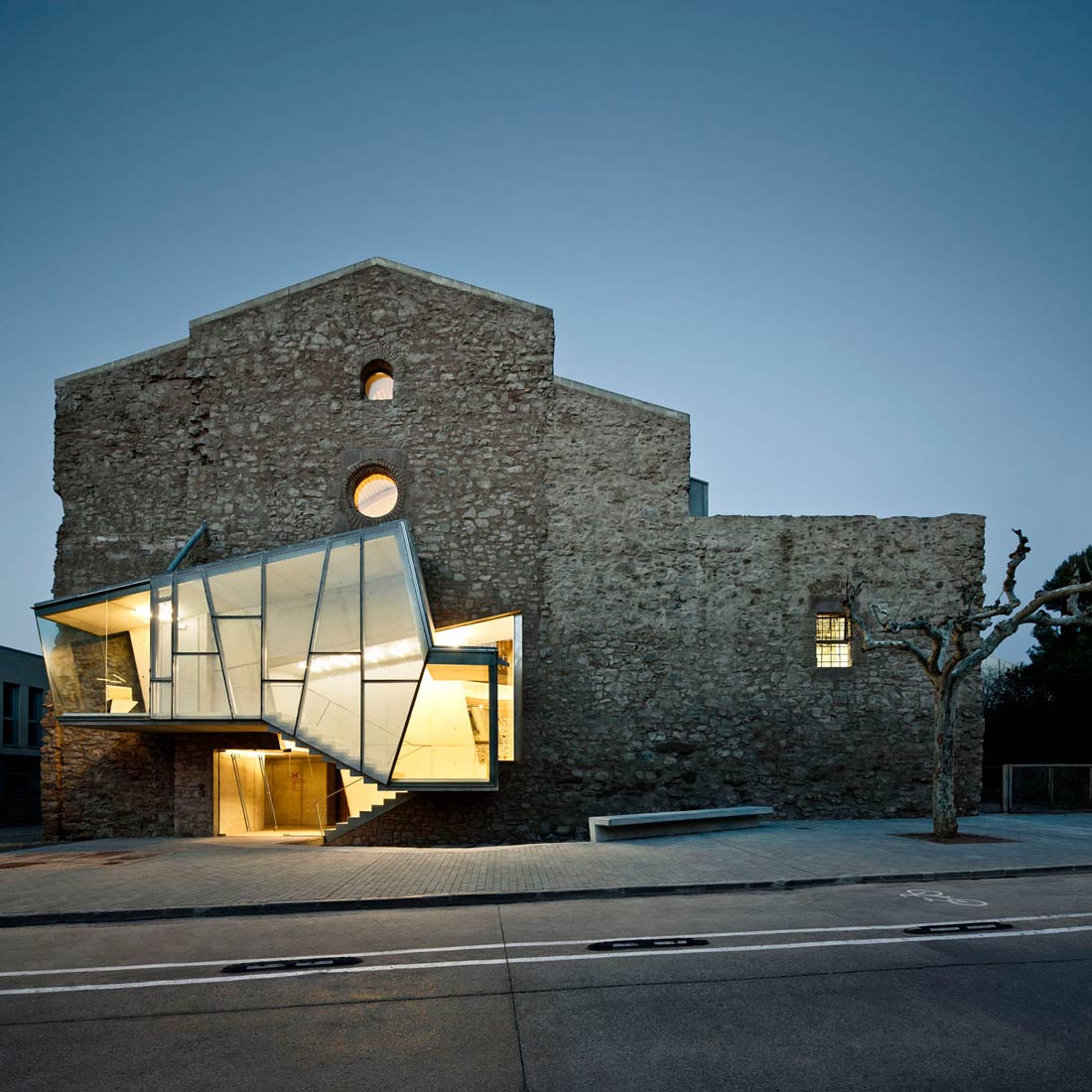