The “Wohnregal” is a six-story building in Berlin housing live/work ateliers. It was built using pre-cast concrete elements common in industrial warehouse construction: pillars, beams and TT-ceilings (ceiling elements including two downstand beams). Underlying the choice for this serial construction technique was the goal of bridging two apparently contradictory challenges facing the housing market in Berlin. On the one hand, industrial pre-fabrication offers the benefits of serial construction techniques (cost savings and shorter construction timelines) and thus addresses the rising construction costs of housing. The construction costs of €1500/sqm for the “Wohnregal” were very low in the German context. So, too, was the construction time of six weeks for the onsite assembly of the complete building shell (one week per floor). But countering preconceptions that serial construction automatically implies a standardization of the inhabitable unit itself, the “Wohnregal” at the same time offers a wide range of different live/work atelier layouts for an ever-broadening bandwidth of urban lifestyles. 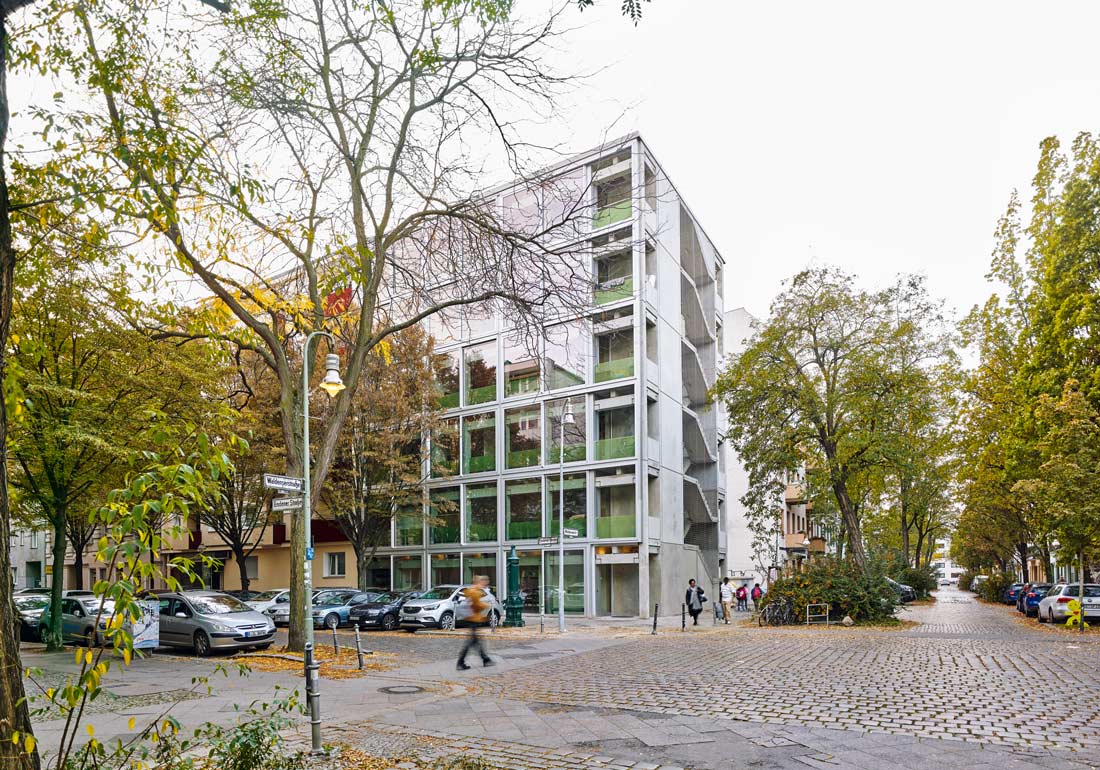 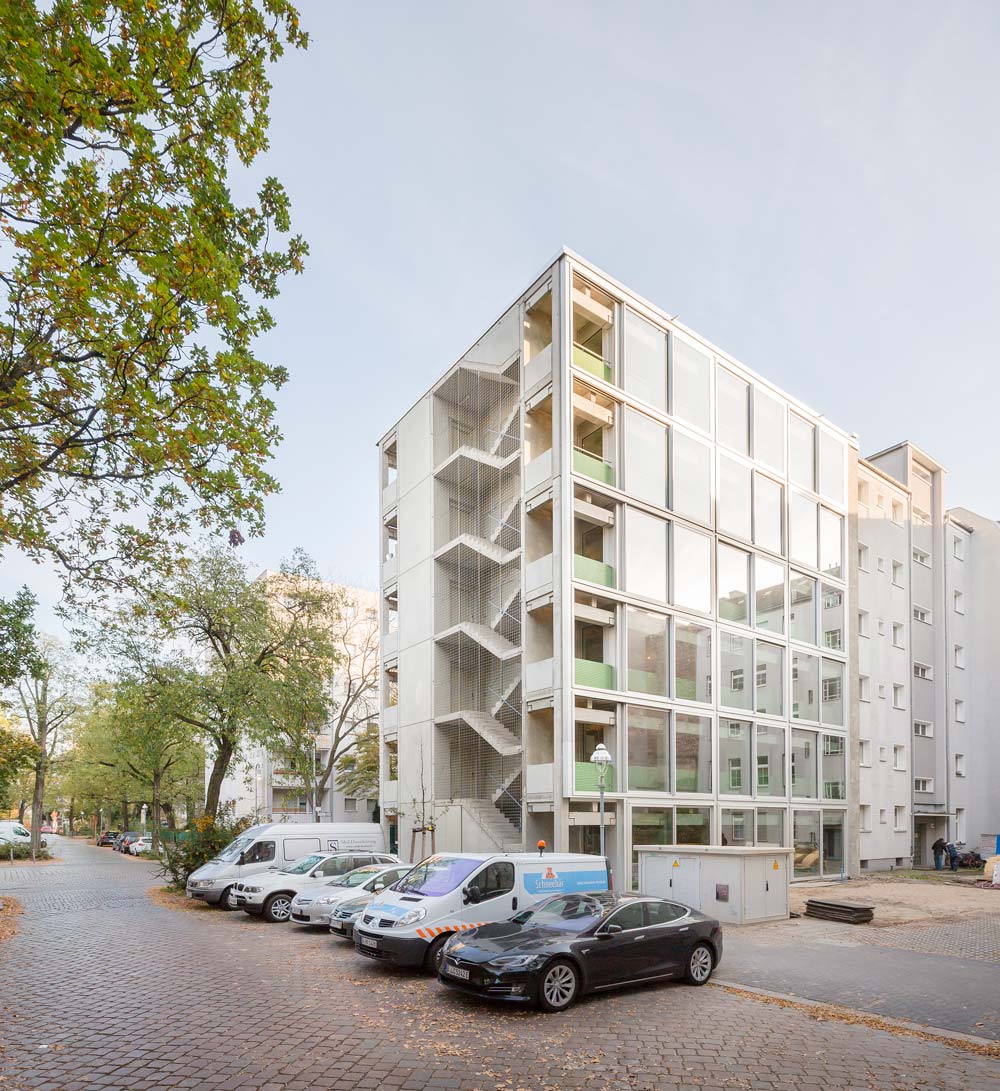 The pre-cast concrete structure with its long spanning TT-ceilings offers maximum variety as it facilitates a clear span of 13 m (roughly 40 feet) from façade to façade without any structural walls needed in the interior. All interior walls are built in drywall construction. There is no need for individual structural calculations for any interior walls as they are calculated as a surface load. As a result, the plan layouts can freely vary from floor to floor. Only the two mechanical cores, as well as exterior constraints, limit their variety. The live/work ateliers vary in scale between 35 and 110 sqm. They are east- or west-oriented, and some include both orientations. 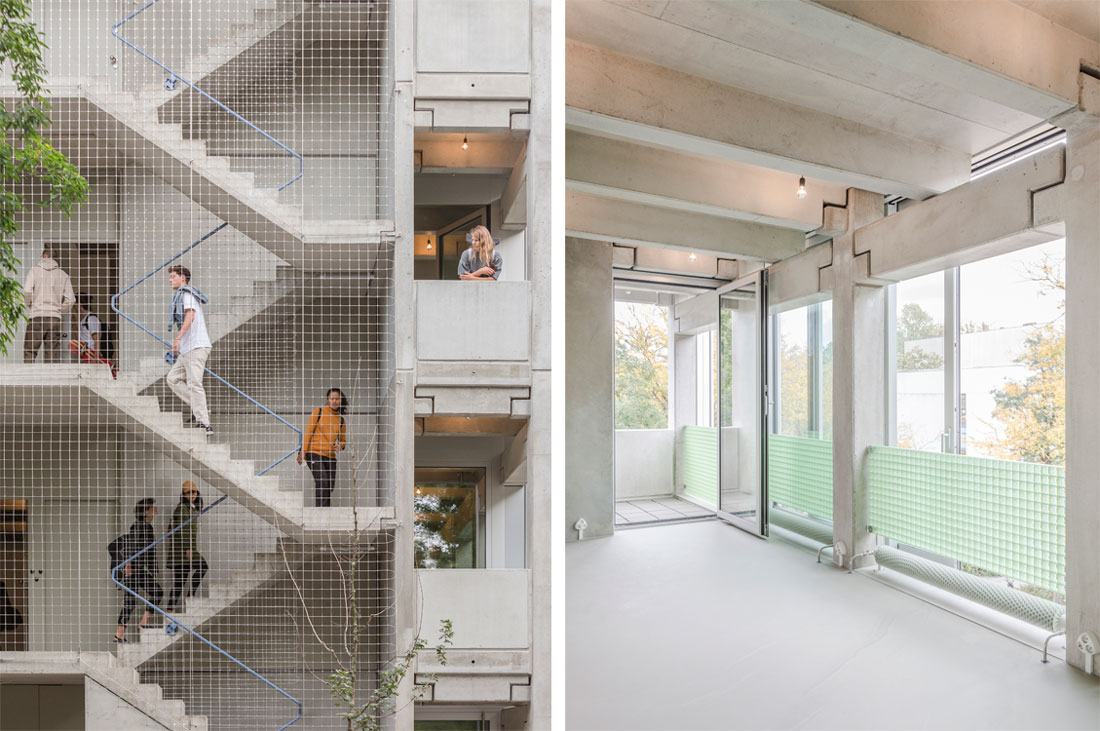 A curtain wall consisting of large-scale standard sliding glass doors makes up the eastern and western façades. It allows for the interior to be opened up to its surroundings during the spring and summer months, turning the living space as a whole into a loggia-like environment. There are no means of mechanical climate control implemented in the building because the natural breeze creates a comfortable climate even during hot summer days. 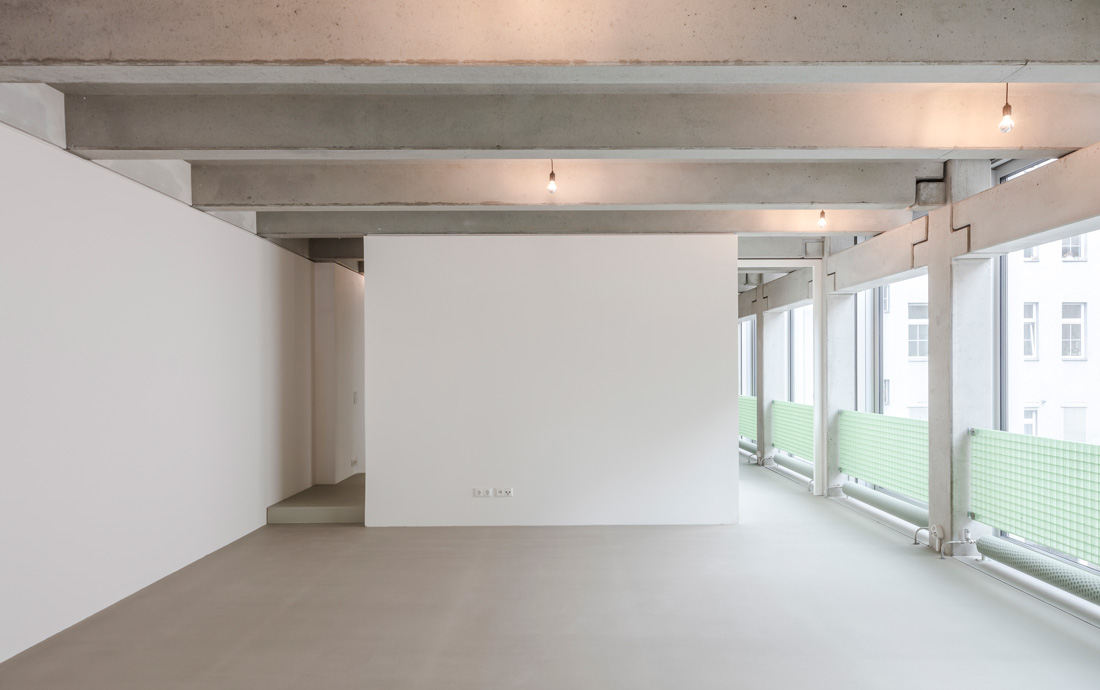 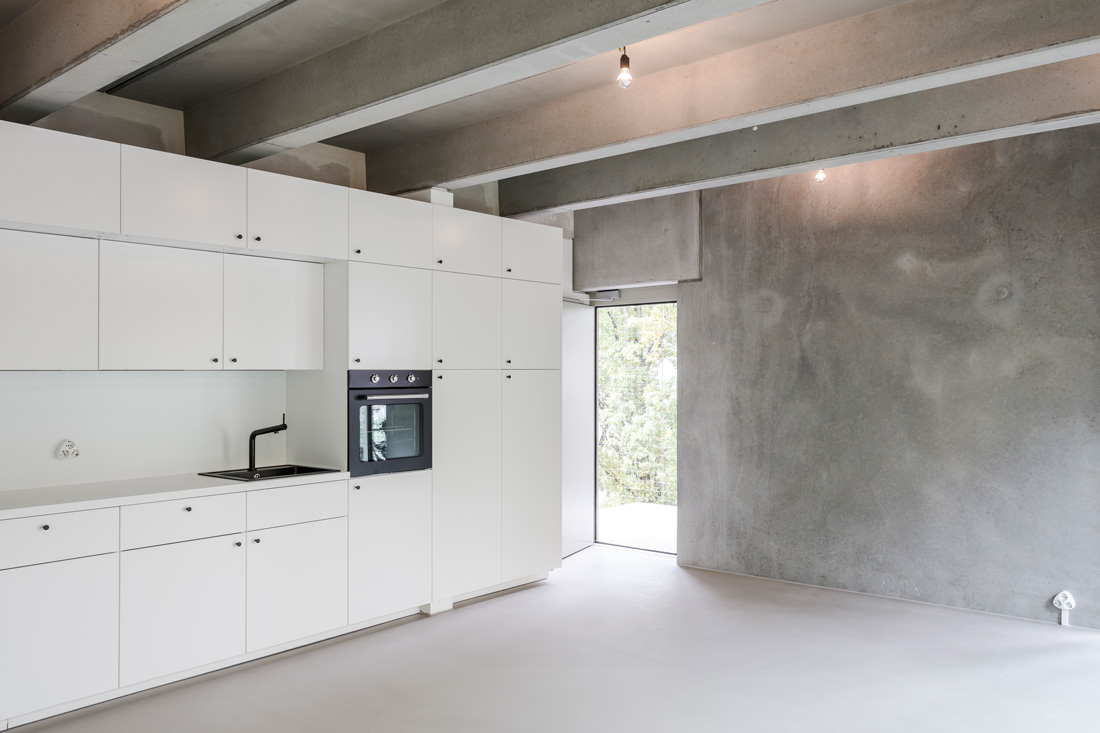 The staircase and elevator are located along the northern façade. The staircase is open to the elements. A stainless steel mesh acts as protection. Small covered exterior balconies for each unit occupy the north-eastern and north-western corners of the building, offering views of the sunrise and sunset, respectively. Prefabrication in housing has been a century-long story of optimization and has seen continuous ups and downs of promises made and promises broken. 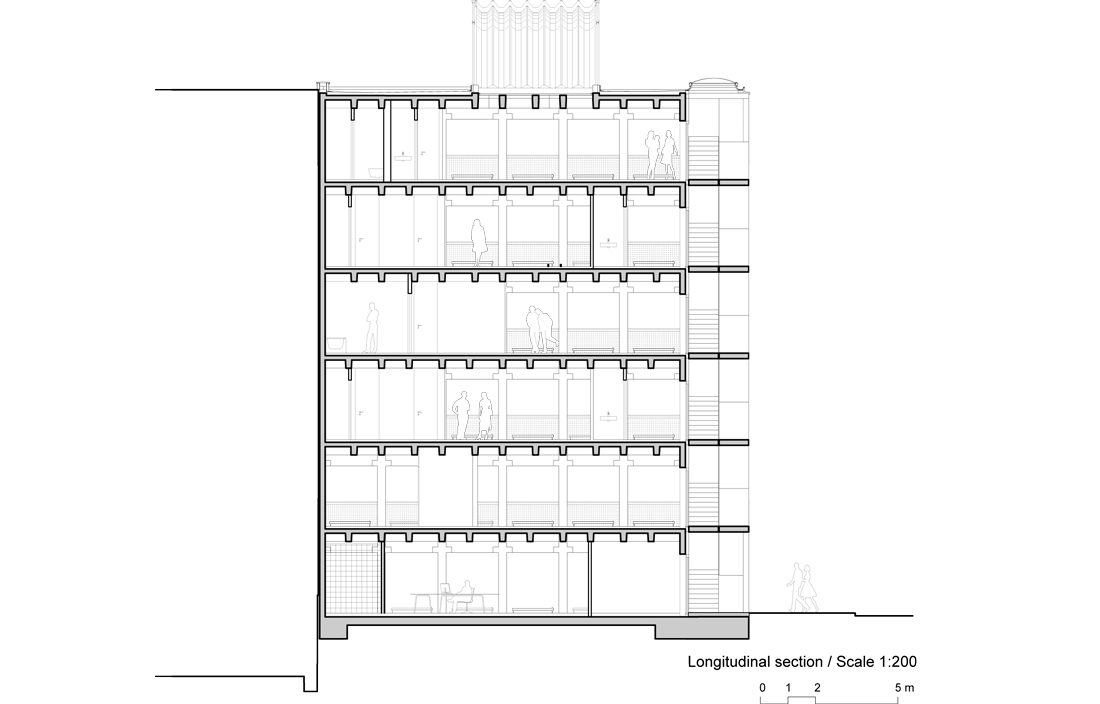 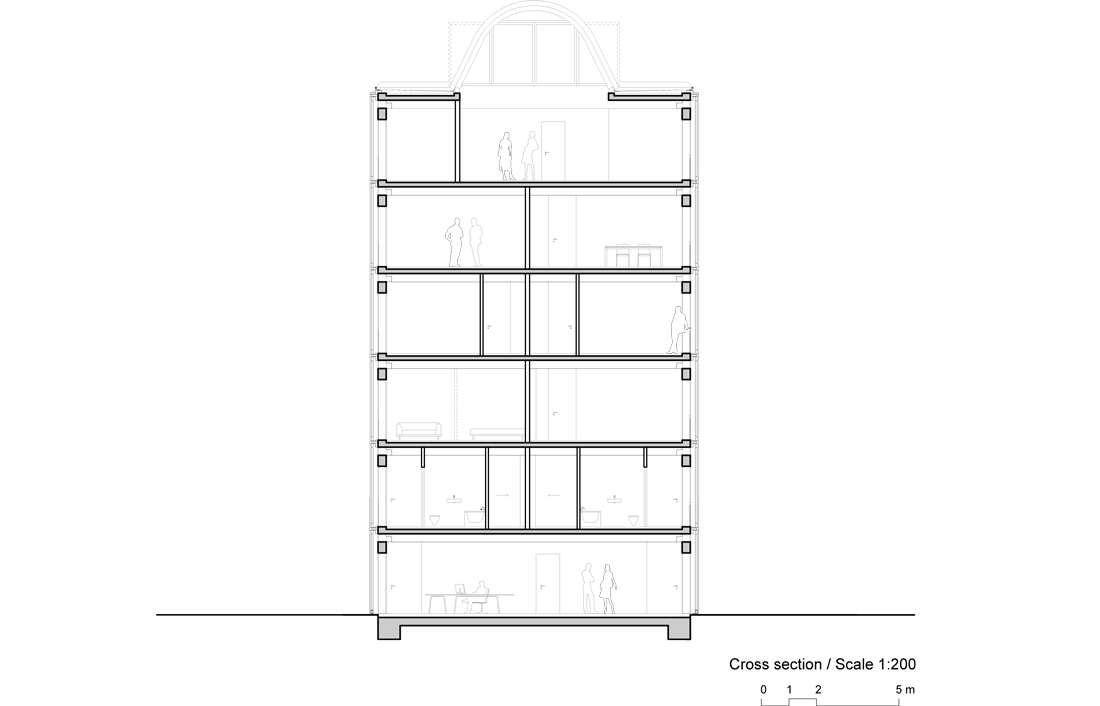 The “Wohnregal” takes this contradictory history of prefabricated construction into consideration. In the context of a housing project. It re-appropriates the DNA of the prefabricated warehouse which has taken the approach of optimization to its absolute limits. While exploiting that very economy it also reinterprets its structural openness to introduce a discourse that has been strangely absent in the focus on prefabrication: the complexity and variety of inhabitation. 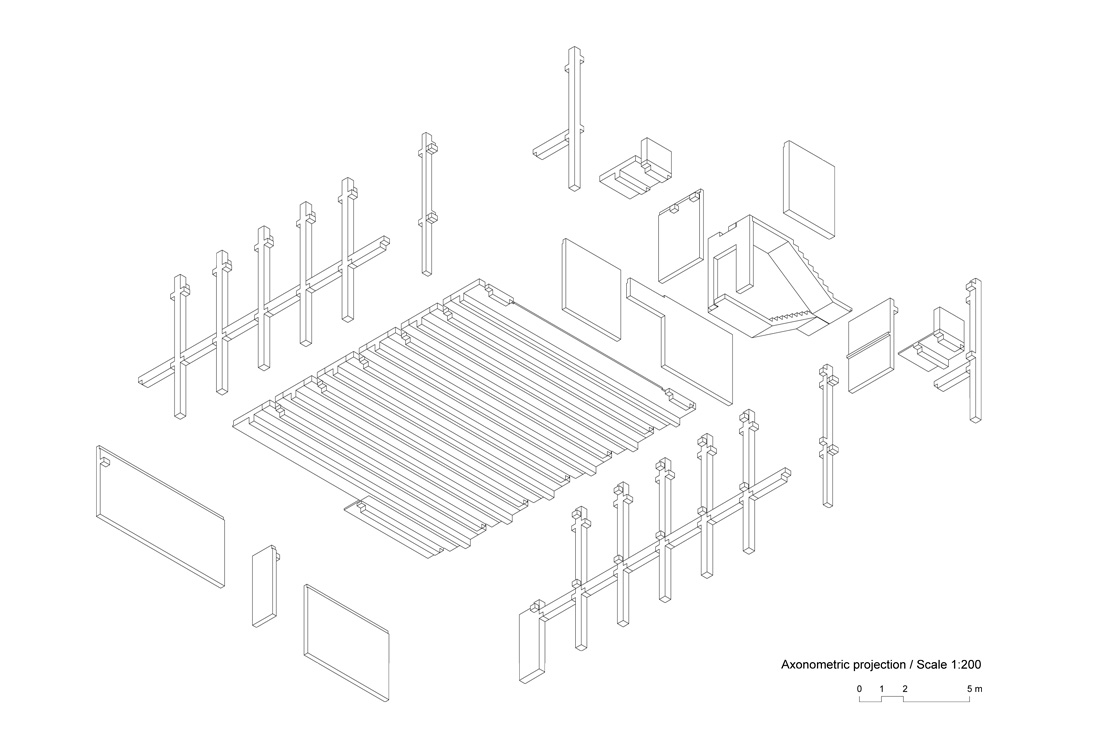 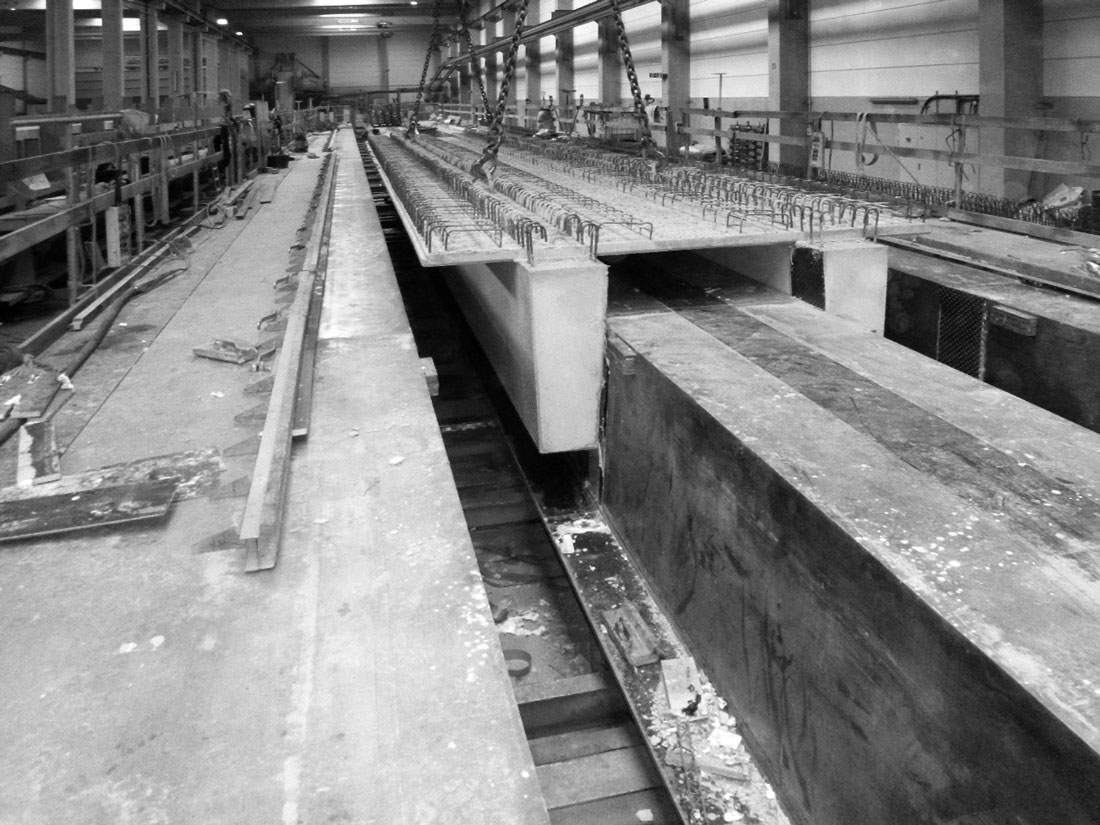 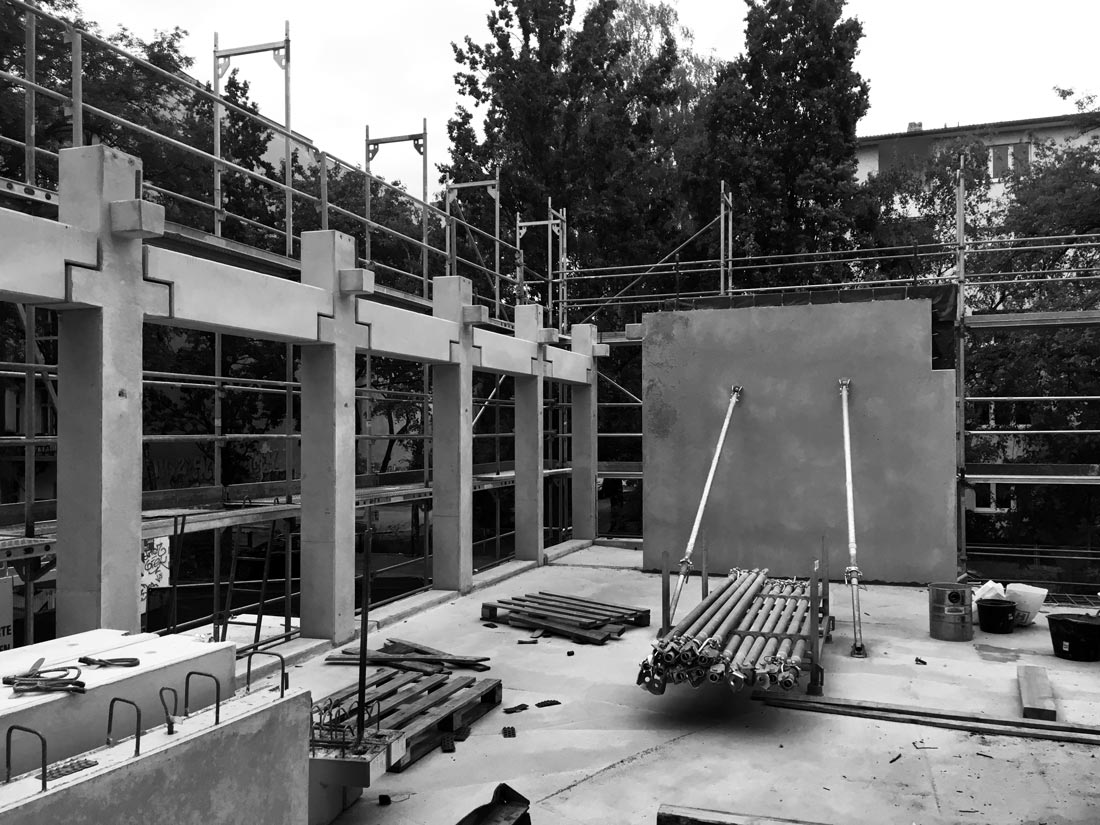 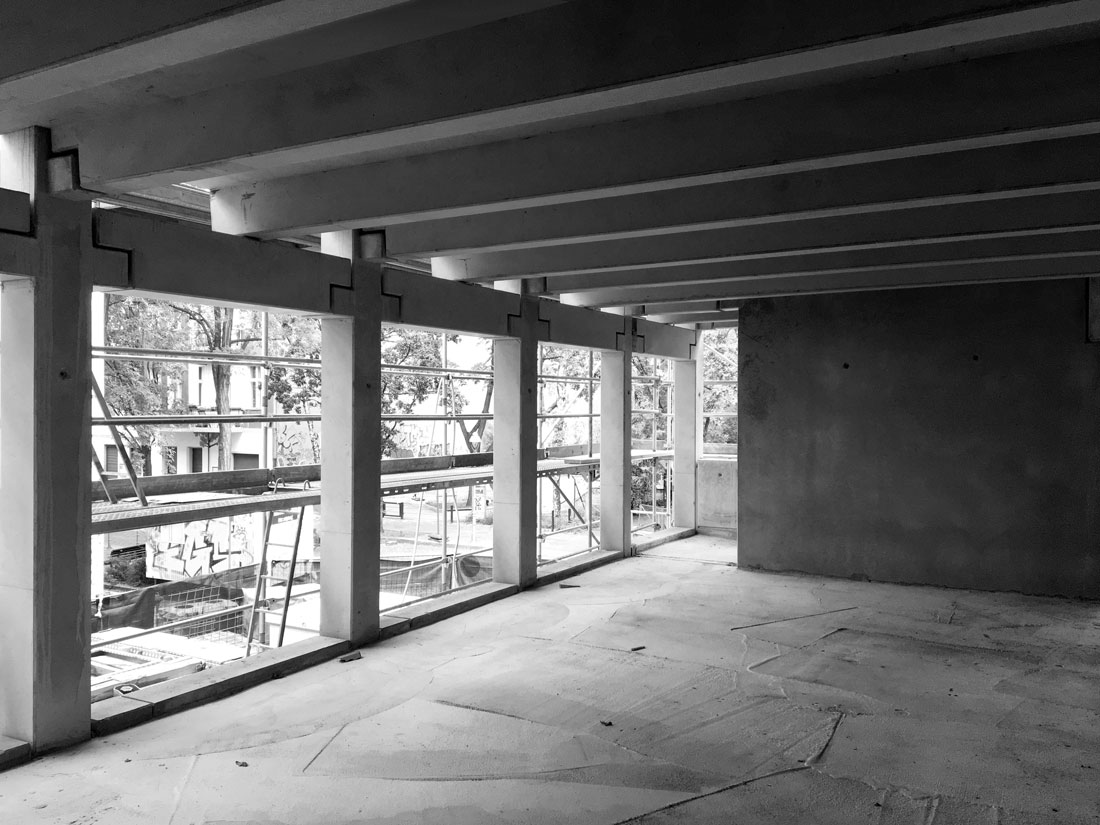 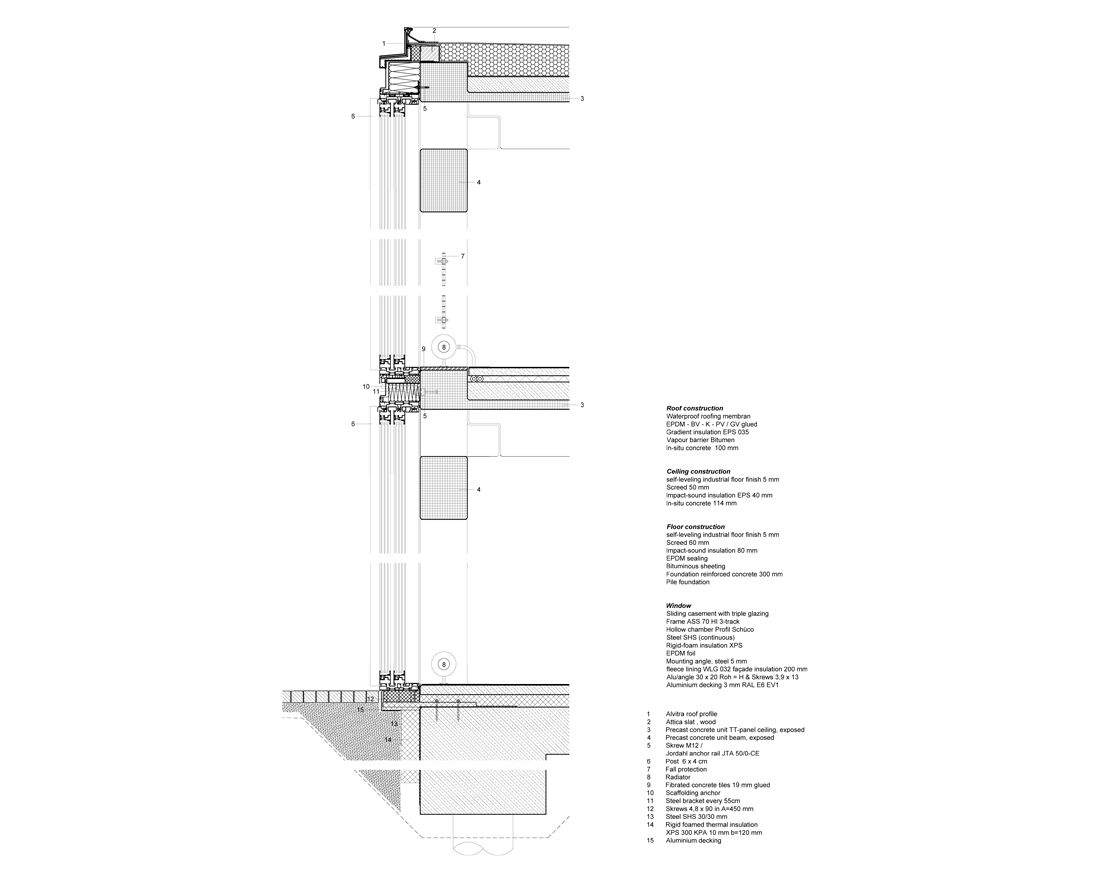 « Making an Impact: “It’s not the shape of a building, it’s what it does to people”
The Distributed Cooperative »