Throughout the years, the Villers-la-Ville abbey site had lost its logic and unity. Divided and savagely crossed by a national road – making it hardly legible as a homogenous whole – it was reduced to the ruins of the holy yard. This incoherent and chaotic layout led to the creation of a masterplan focusing on reuniting the Cistercian site. 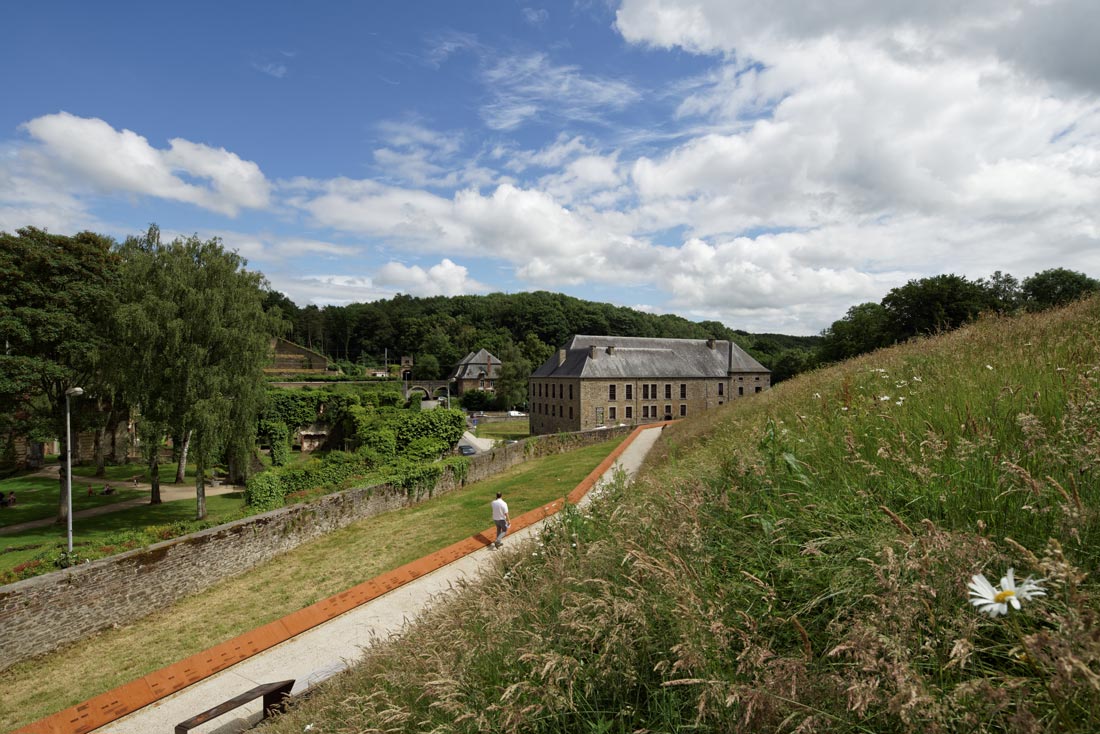 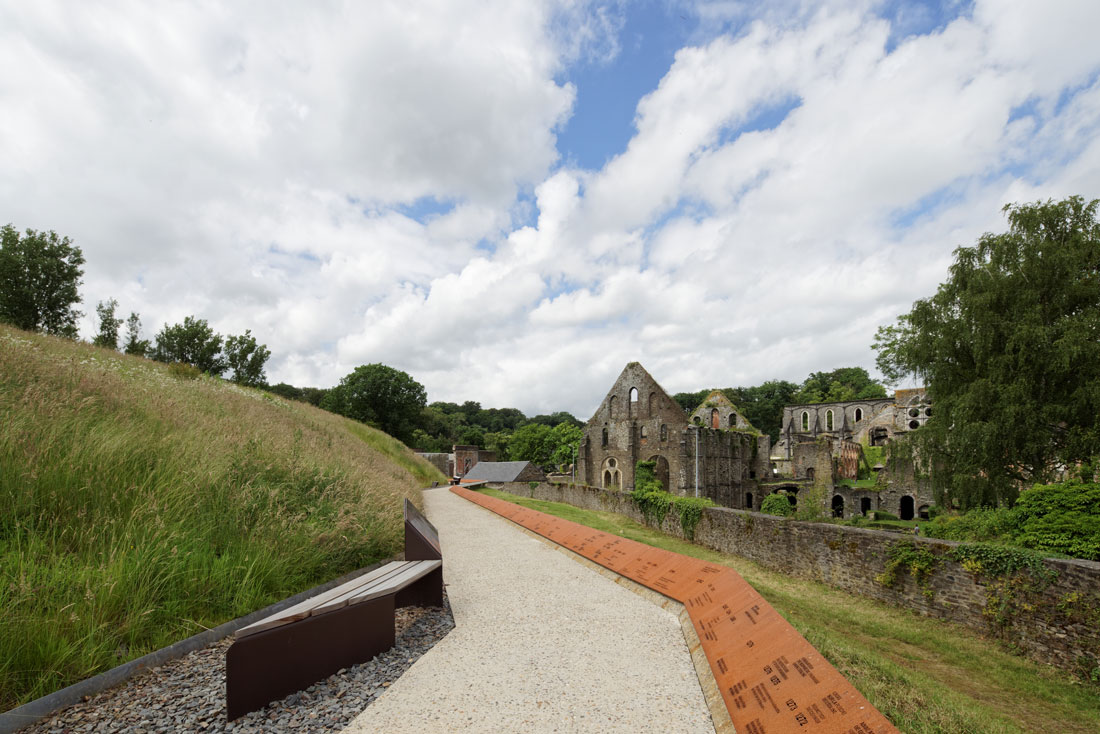 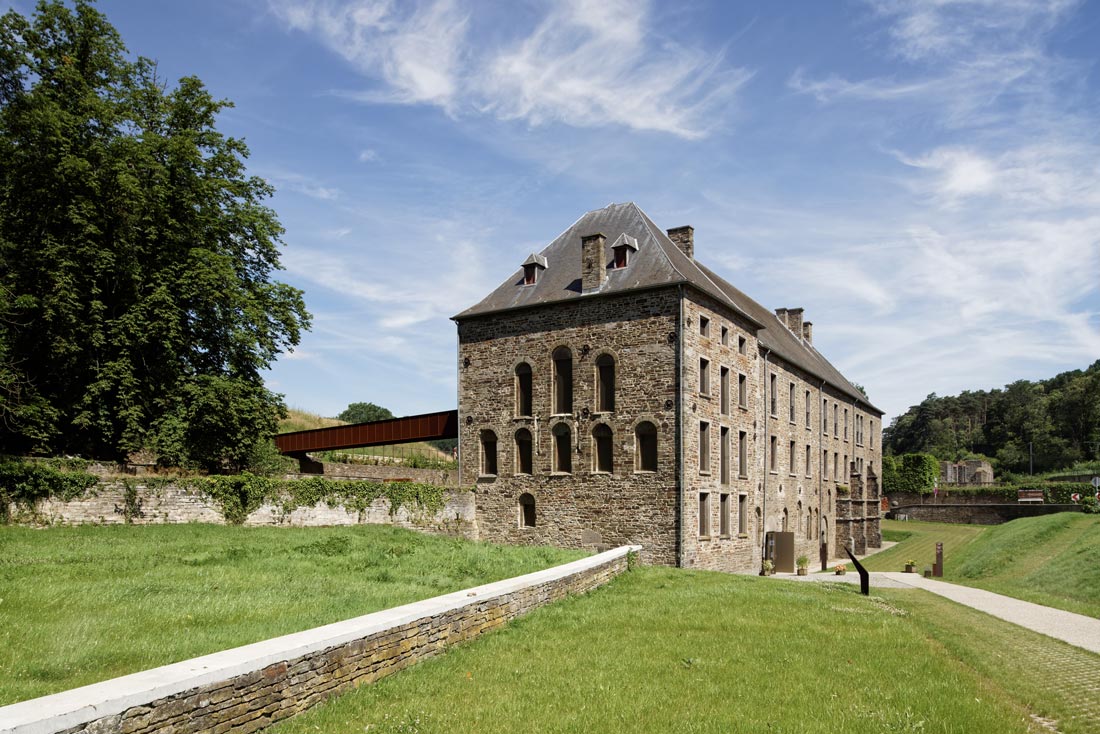 Unlike the former entry, which proved incoherent and out-of-place, located at the heart of the ruins, the new visitors center located in the old mill – containing several facilities such as a shop, a restaurant, lavatories and offices – offers a solid starting point for the visits and sets off the path to a progressive discovery of the ruins. 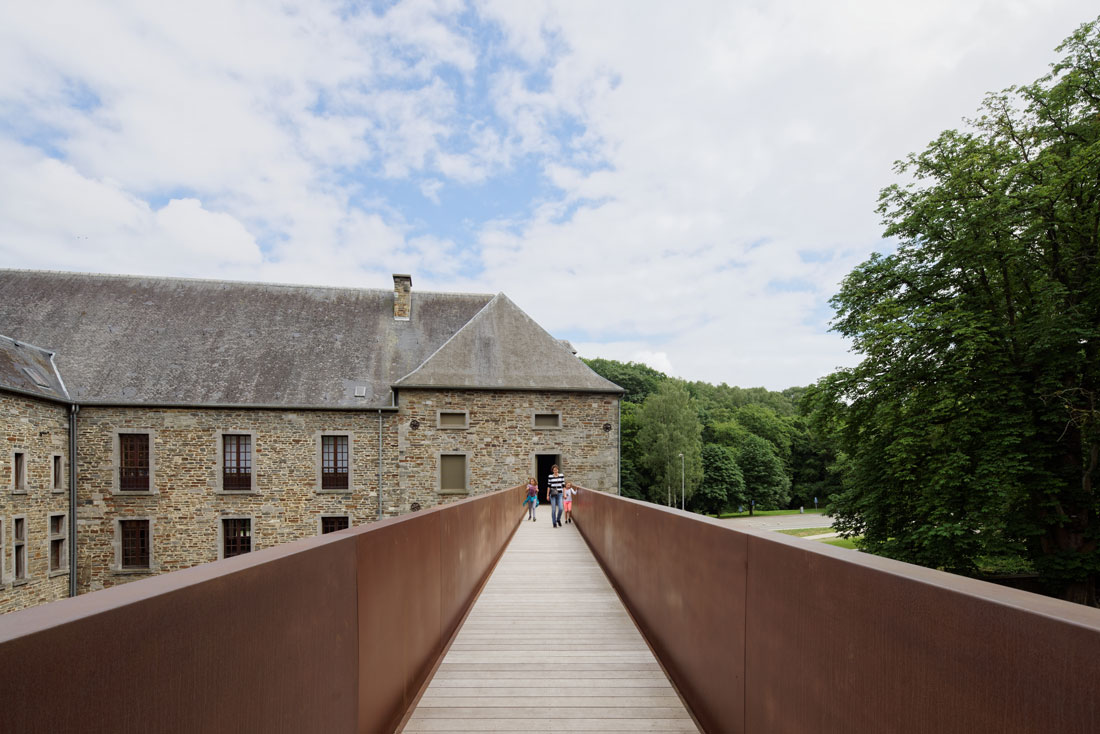 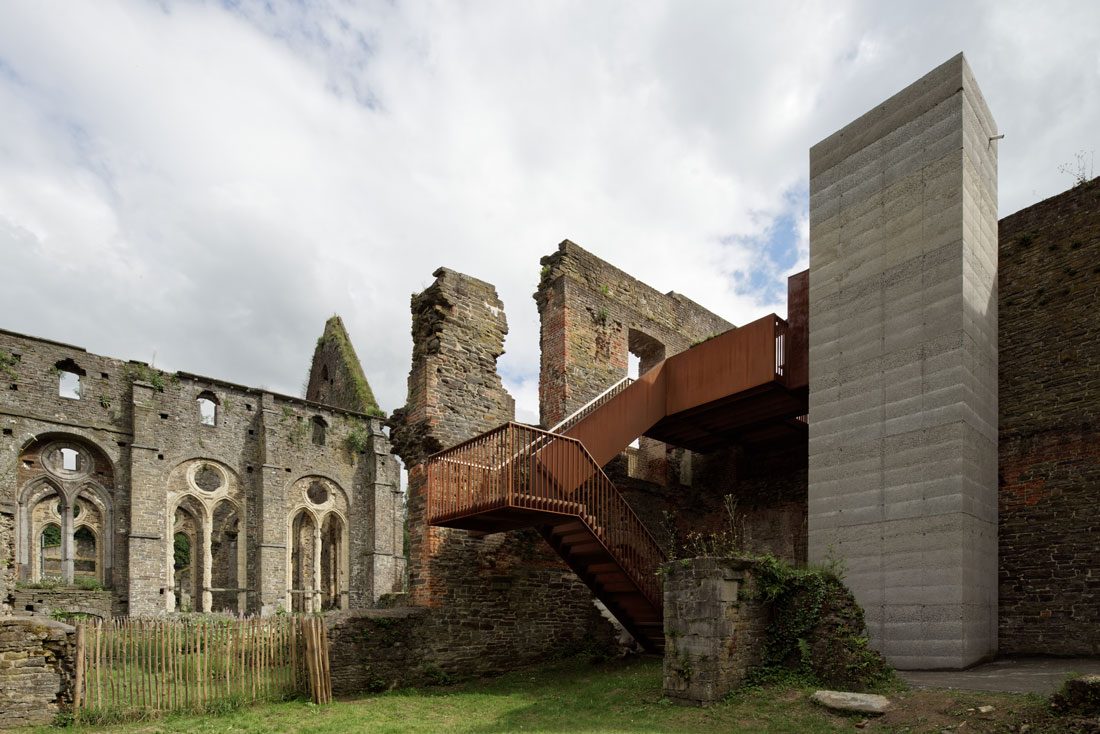 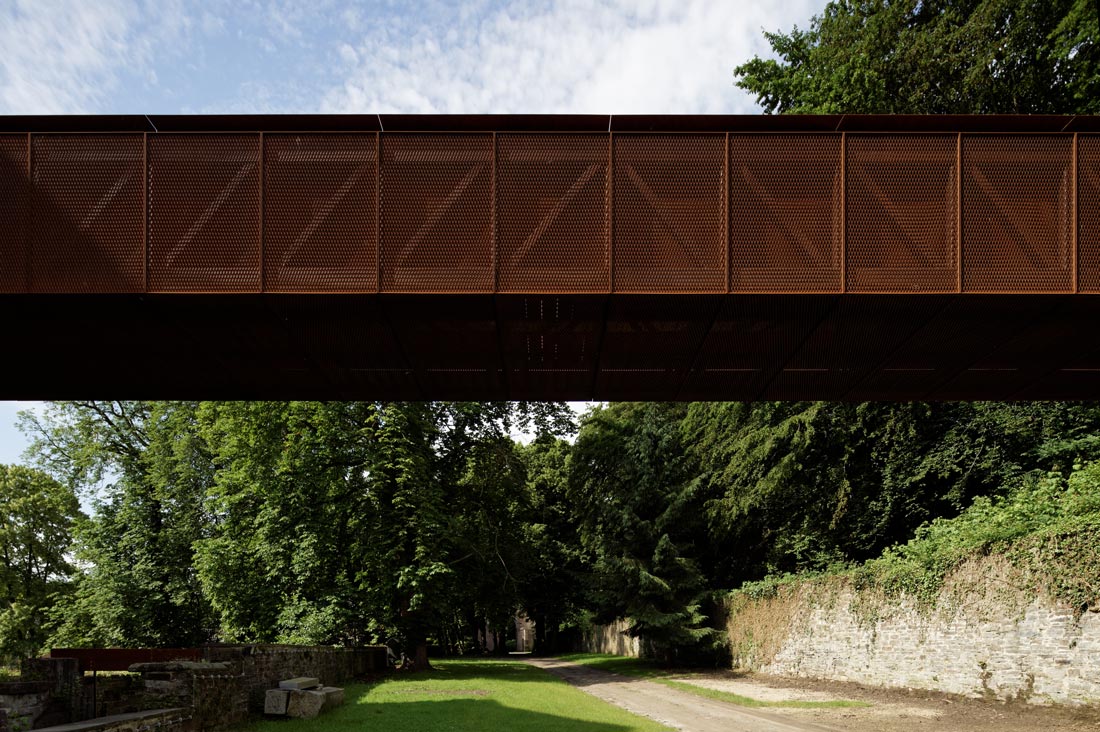 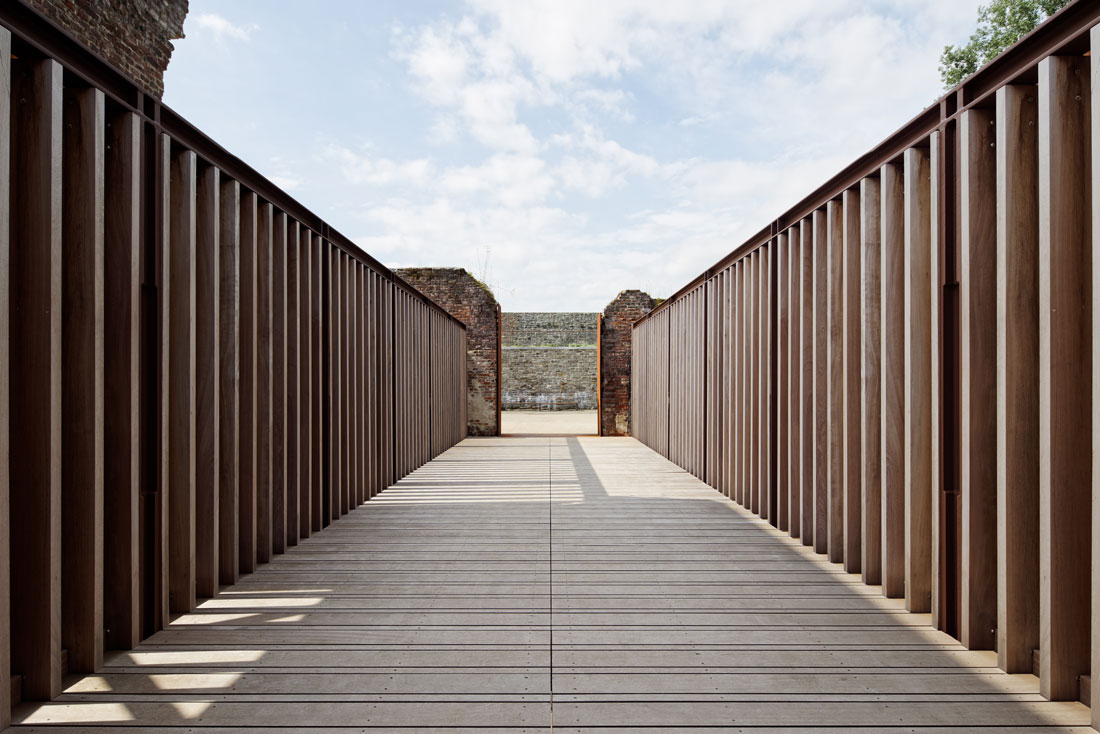 The journey winds through the mill, past the newly rebuilt paddle wheel in corten steel, which produces electricity that partly covers the needs of the center. Then, it reaches the opposite hill by a new footbridge, passes through the garden and over a second bridge before finally heading down into the ruins. 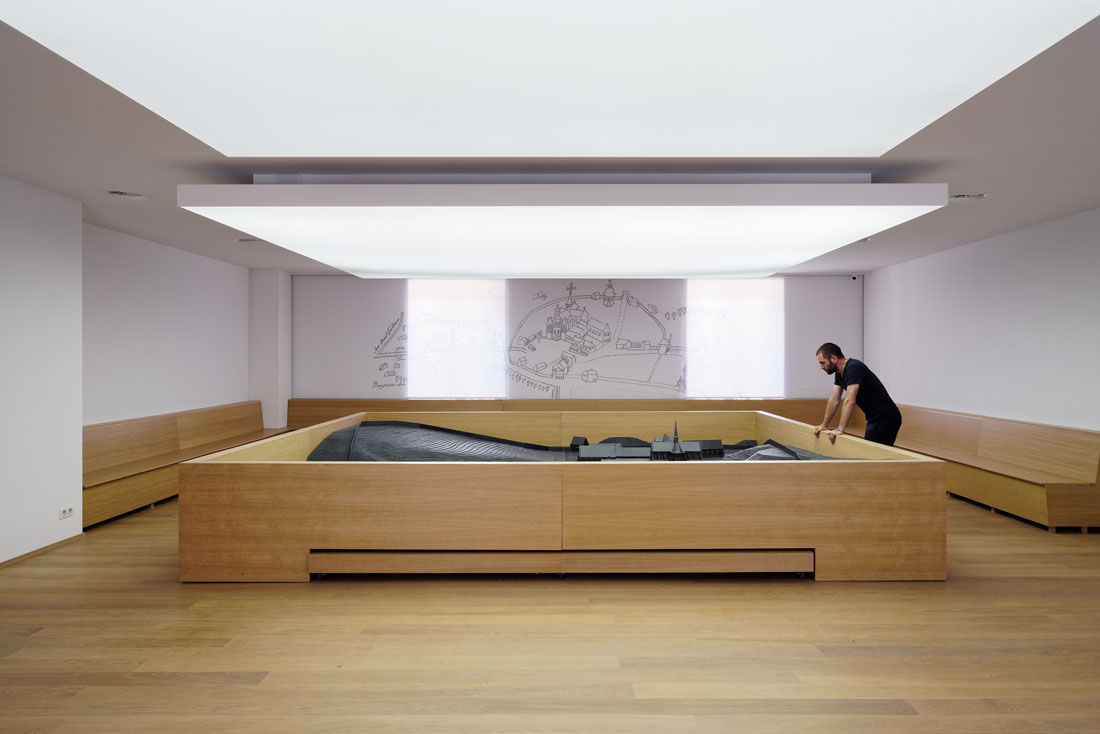 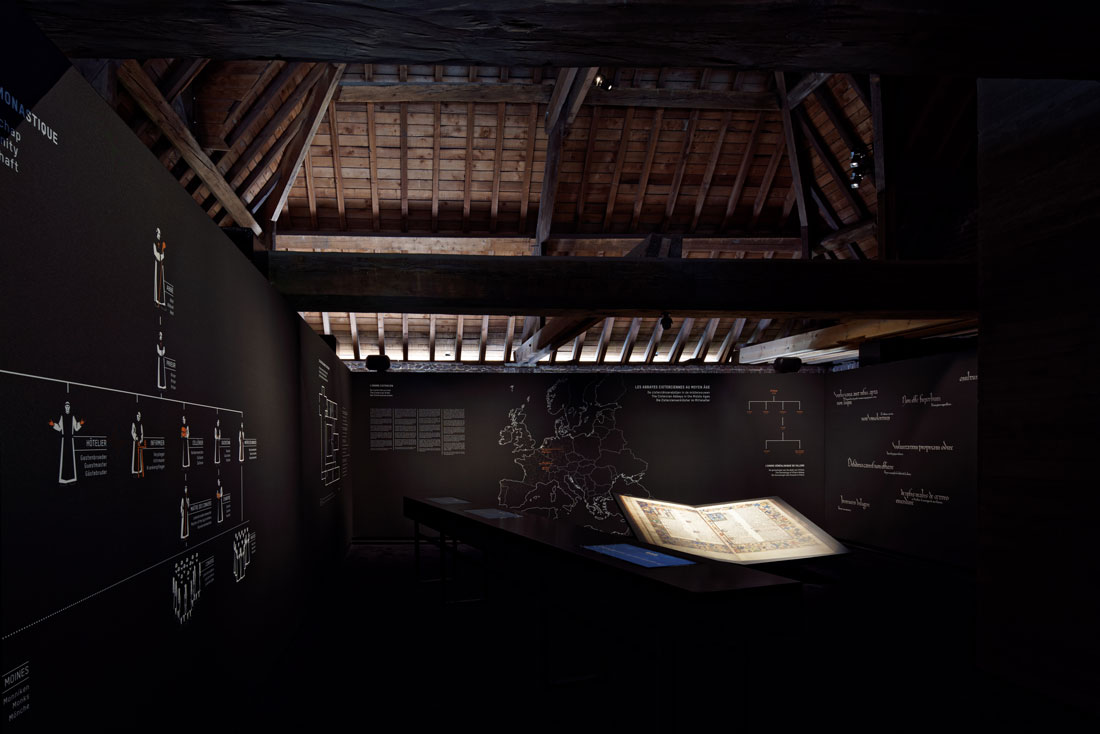 These sequences, accessible throughout the site, aim at remaining true to the subtleties of the former abbey’s vestiges and spaces. Moreover, while the tone is set gradually, through landscaping and a consistent range of sober materials, revealing and magnifying the inherent architectural qualities of this Belgian exceptional heritage (including corten steel, concrete aggregate, veneer concrete and rammed concrete, as well as wooden paths for bridges both inside and outside of the mill), a climactic point is reached when, from the new vantage points, breathtaking views of the abbey unfold before the visitors. 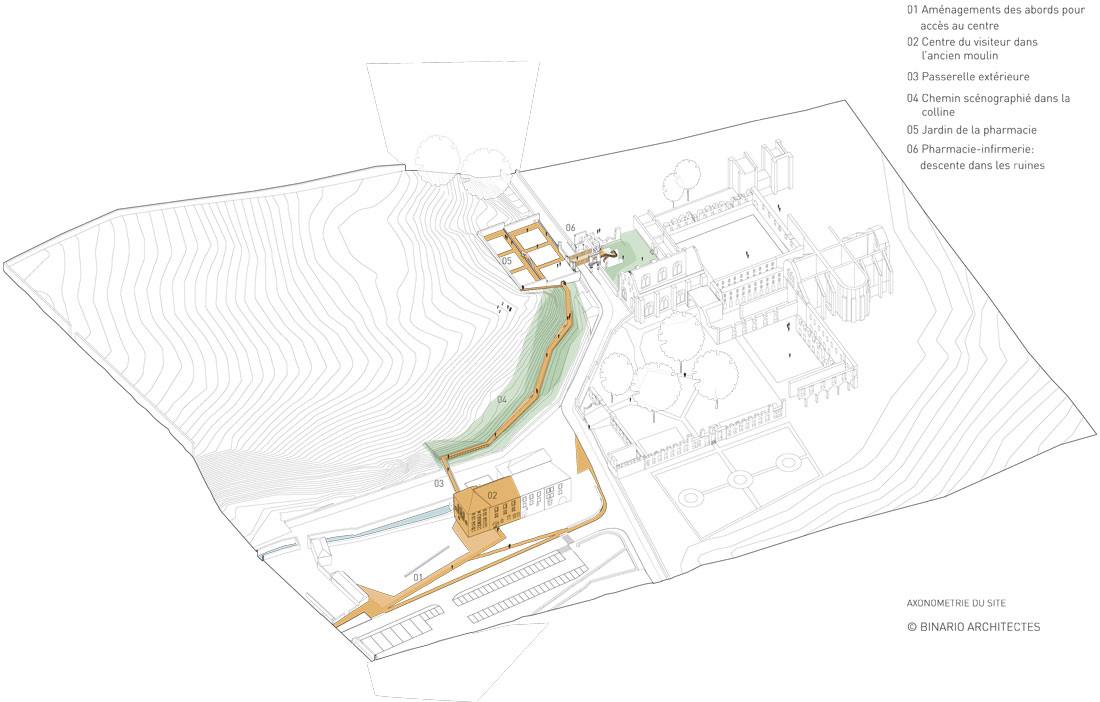 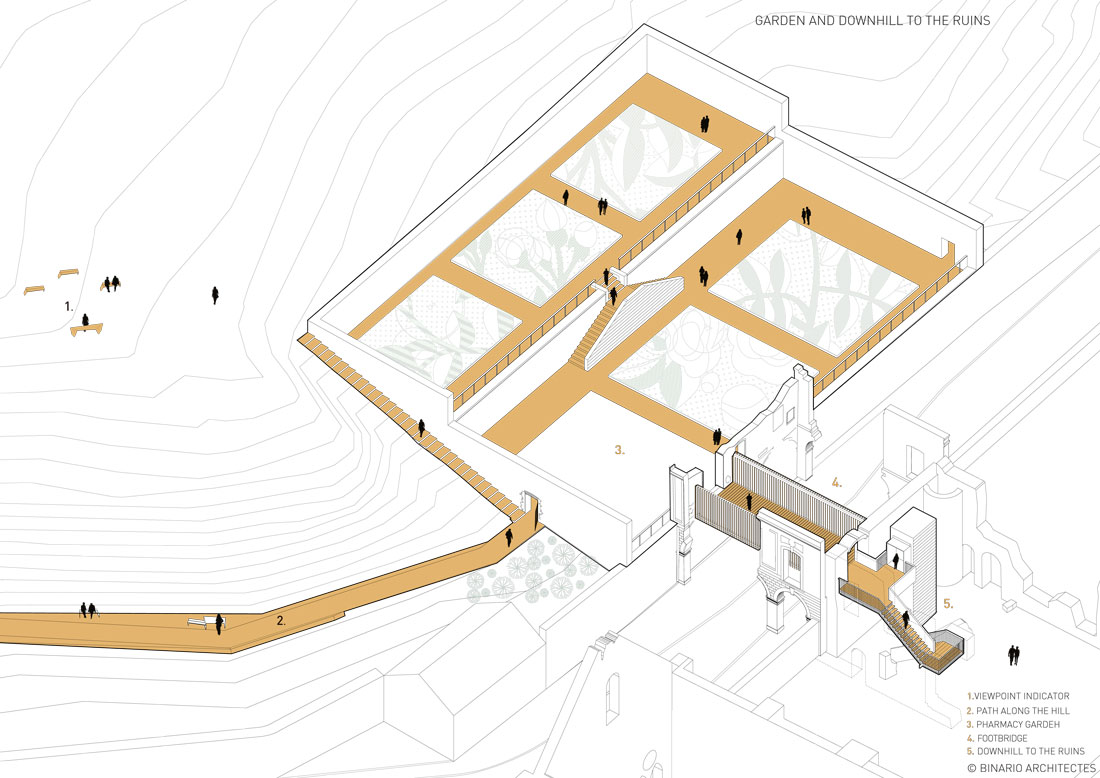 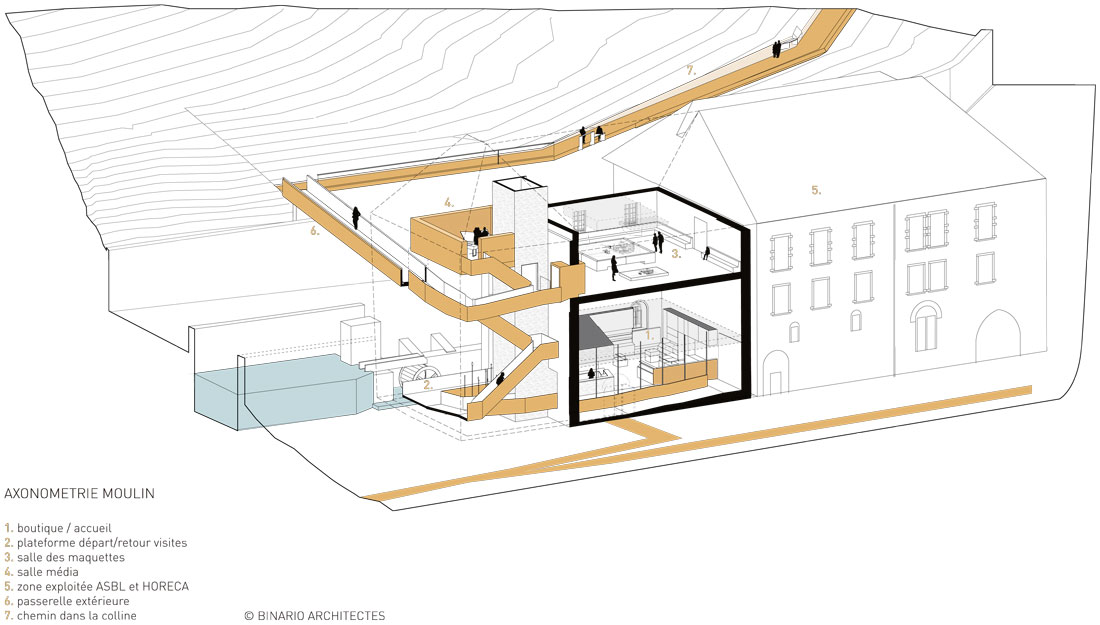