The Brussels Market: “Monument for an Open Society”

The Brussels Market is located in an immigrant neighborhood, less than 2.5km (1.5mi) from Brussels Central train station. The project (226,000 sq ft) includes industrial meat production facilities, various market stall types, logistics and parking spaces, and a large commercial roof farm (43,000 sq ft) with related retail programs including a farm-to-table restaurant. The market building, opened in June 2015, is the first architectural step towards implementing the Meat Market District plan, which outlines the gradual conversion of an industrial slaughterhouse into a mixed-urban environment. A full-scale mock-up of the project’s wall system (‘platonic panels’), as well as a scale model of the district master plan was featured as part of the Main Pavilion exhibition at the Venice Biennale (2016), expressing the project’s contribution as a “Monument for an Open Society.” 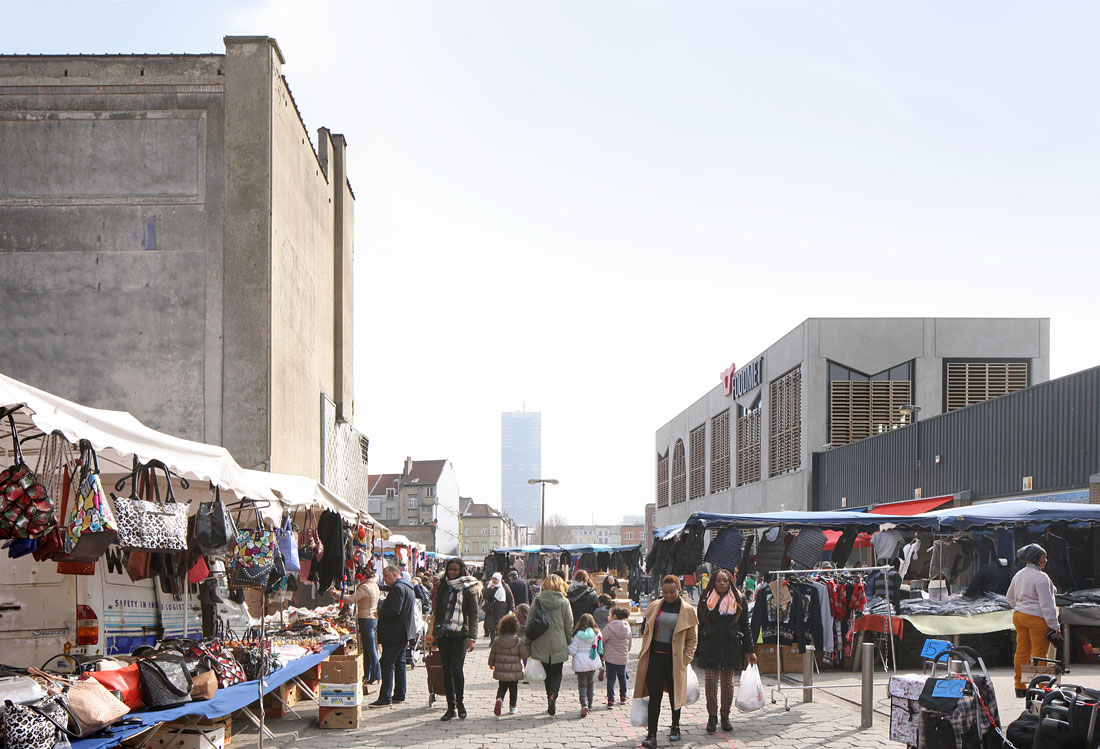 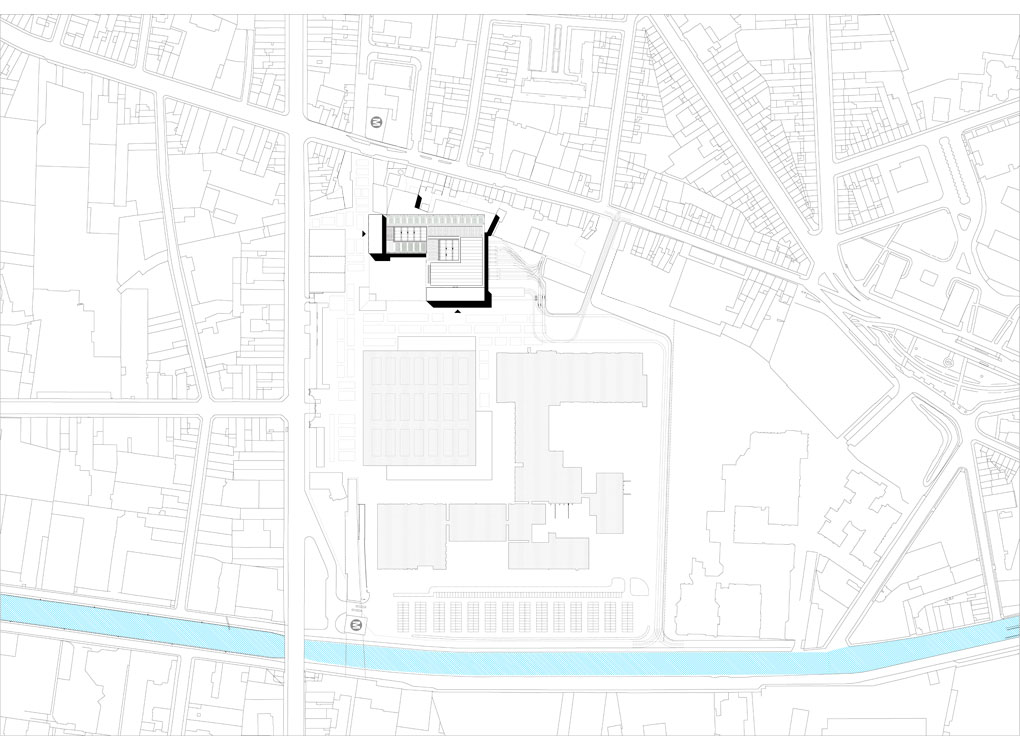 Capital in Search of Identity

Capitals symbolically summarize the civilization that they represent politically. Brussels is dotted with monuments of the 18th, 19th, and 20th centuries – nobility, the bourgeoisie, and the welfare state(s). Today, nearly 60% of Brussels’ inhabitants are foreign born, and inequality is at an all-time high. Brussels struggles to define a common space of shared aspirations, a space that is not dependent on the aspirations or hegemony of one single sub-group within the multitude. Searching-struggling for a contribution to such a space, within the means of architecture and urbanism, has been our battle. 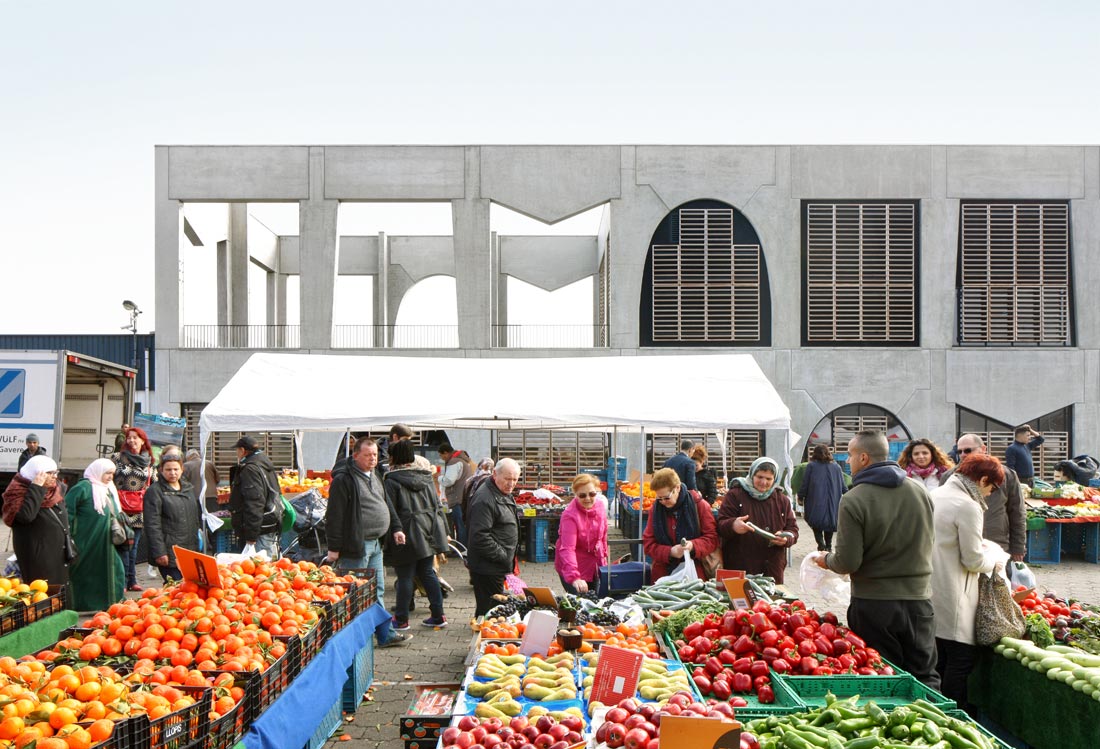 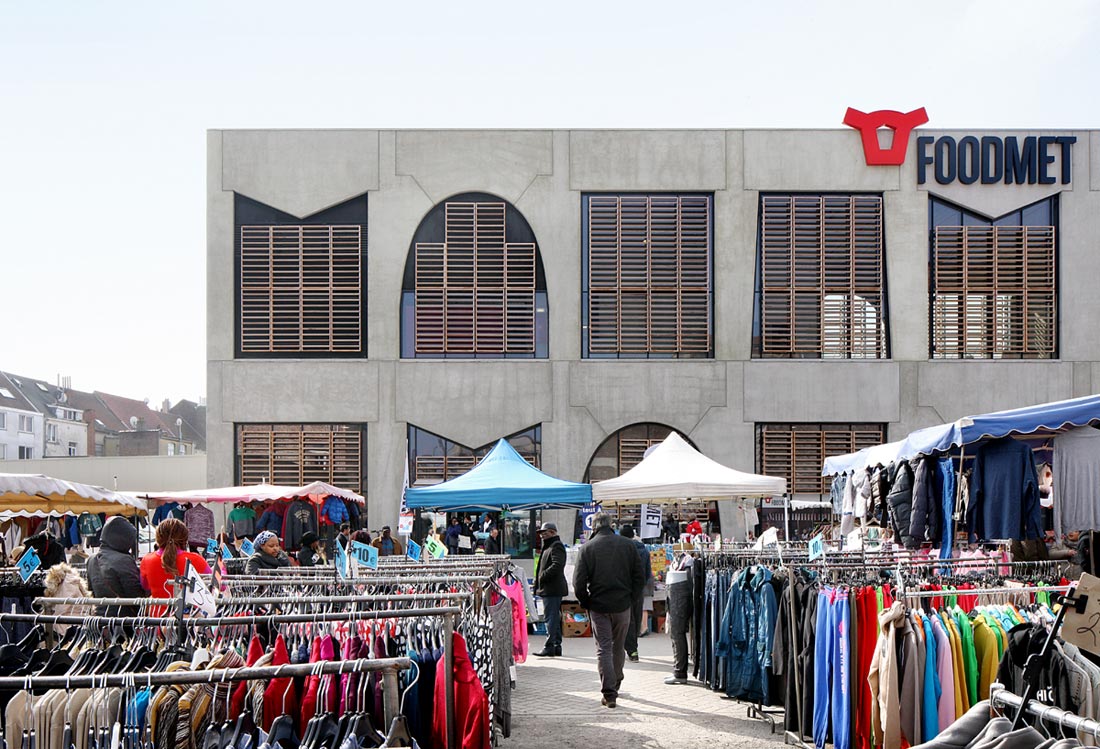 Give form, pride, and civic presence to communities that have until now operated in an informal, semi-hidden world. In other words, define an architecture that is independently proud and generous, but yet serves beyond itself. 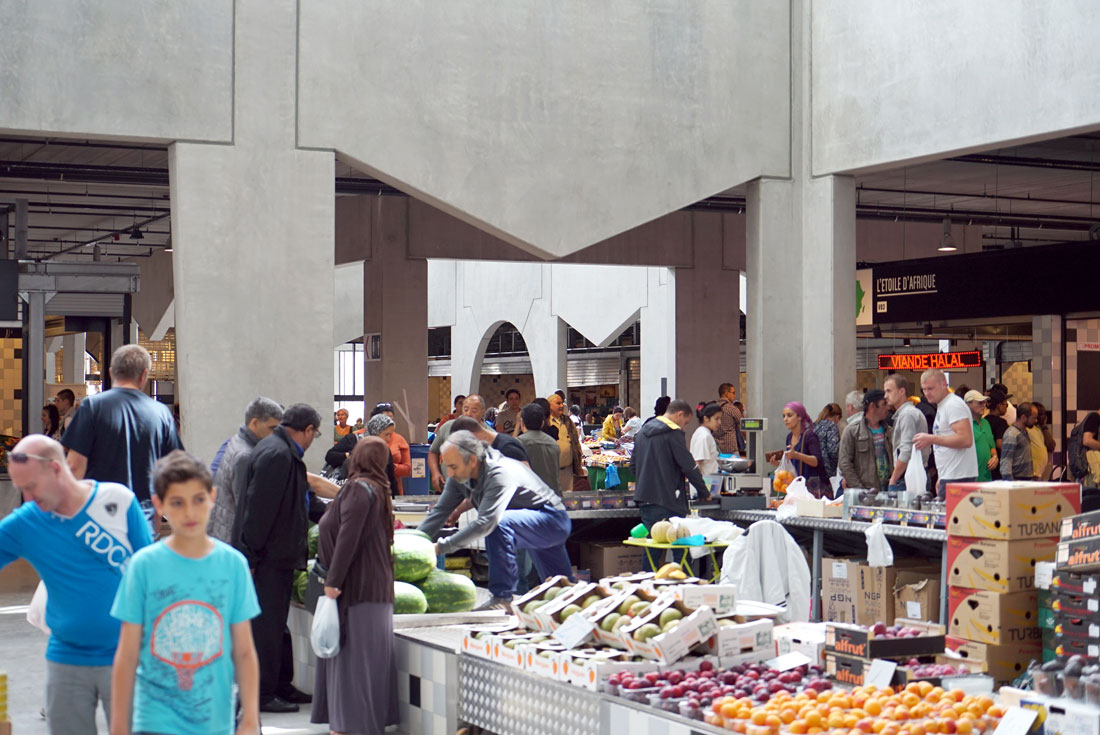 A Universalist Aspiration – The Monument

Adorno once wrote: “Architecture thinks better of people than they really are.” We strive for an architecture that is optimistic about the possibility of combining cultural pluralism with a claim to universality in basic fundamental values that can be shared across the full spectrum of social difference. A monument broadcasts values. The proclamations of a public monument are on behalf of society as a whole, in that a monument contains a universal aspiration. 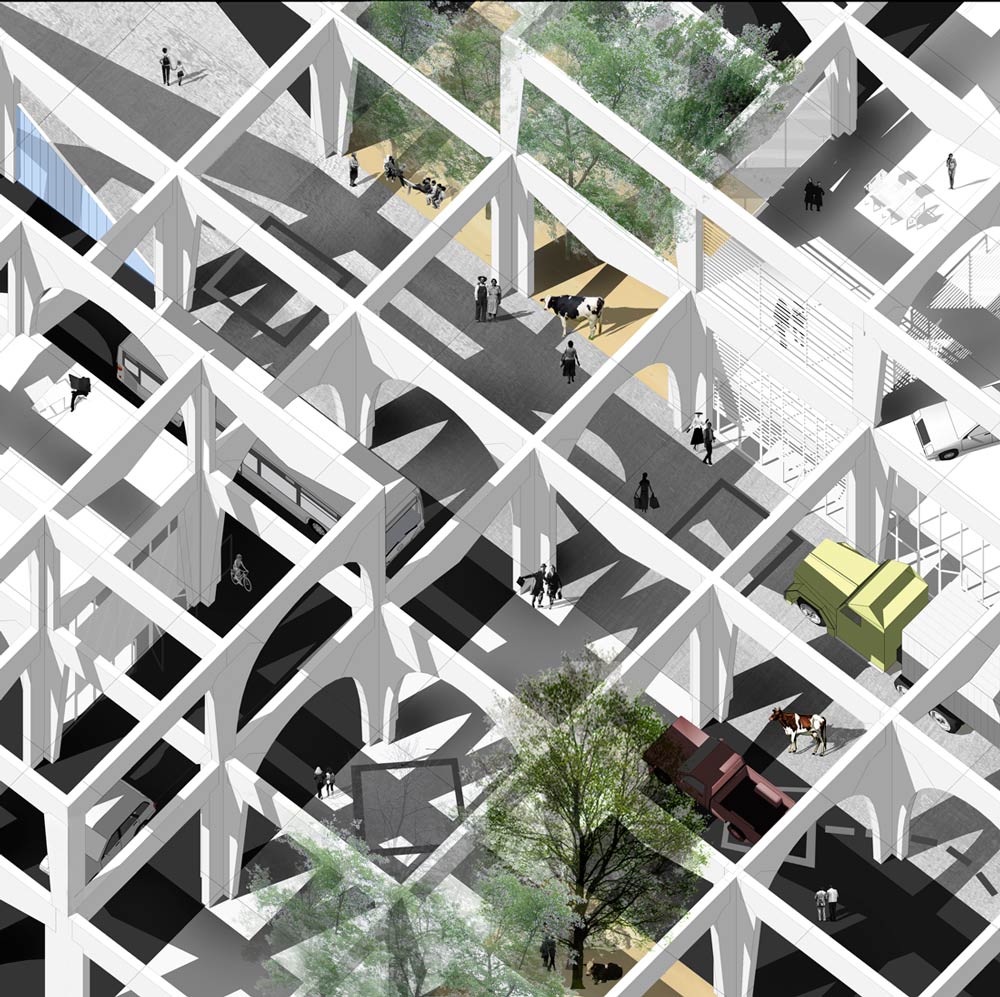 (Food) Markets simplify human relationships into transactions that are mutually beneficial, pushing frictions that may result from differences in the cultural dispositions of the protagonists into the background. Architecture can endow this transaction with a sense of dignity; it is able to increase the ritualistic dimension of the transaction from something quotidian or even vulgar, to a moment of de facto culture. When that happens, a shared space of culture is born. 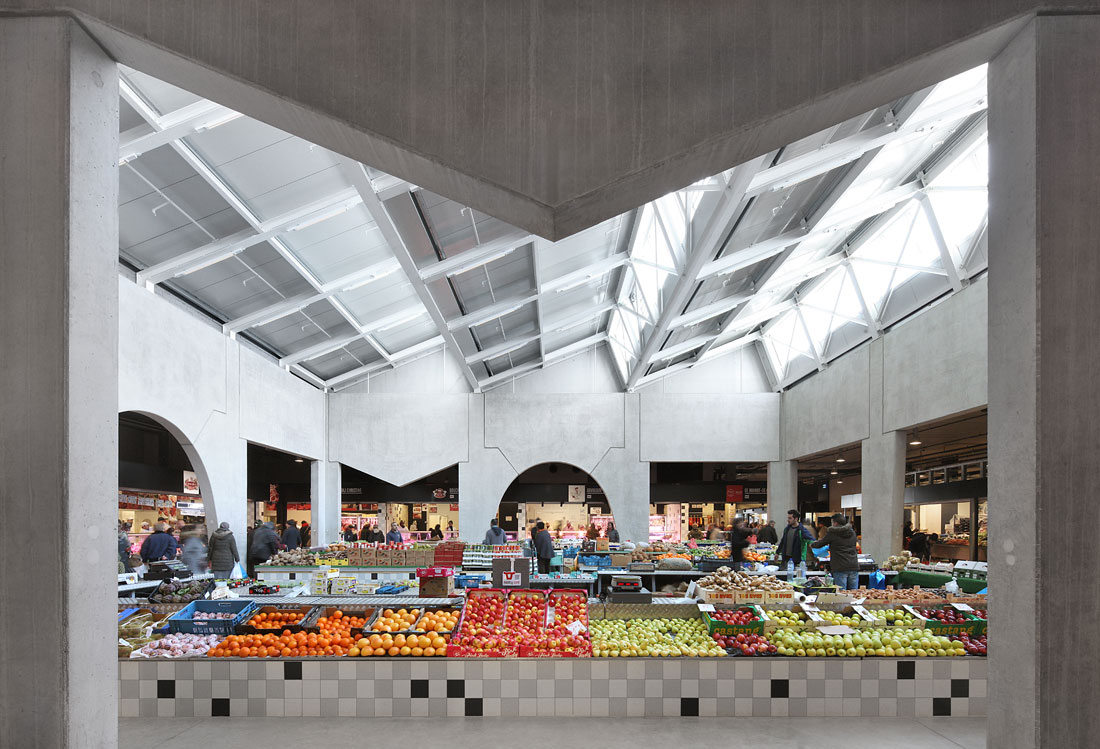 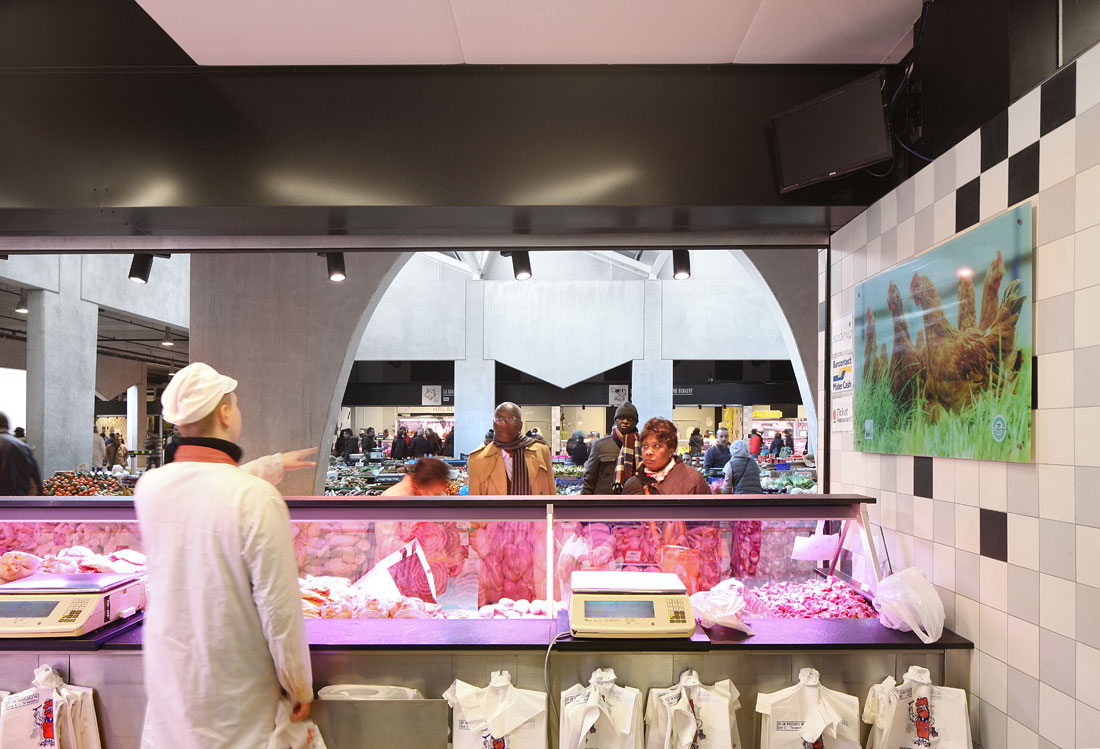 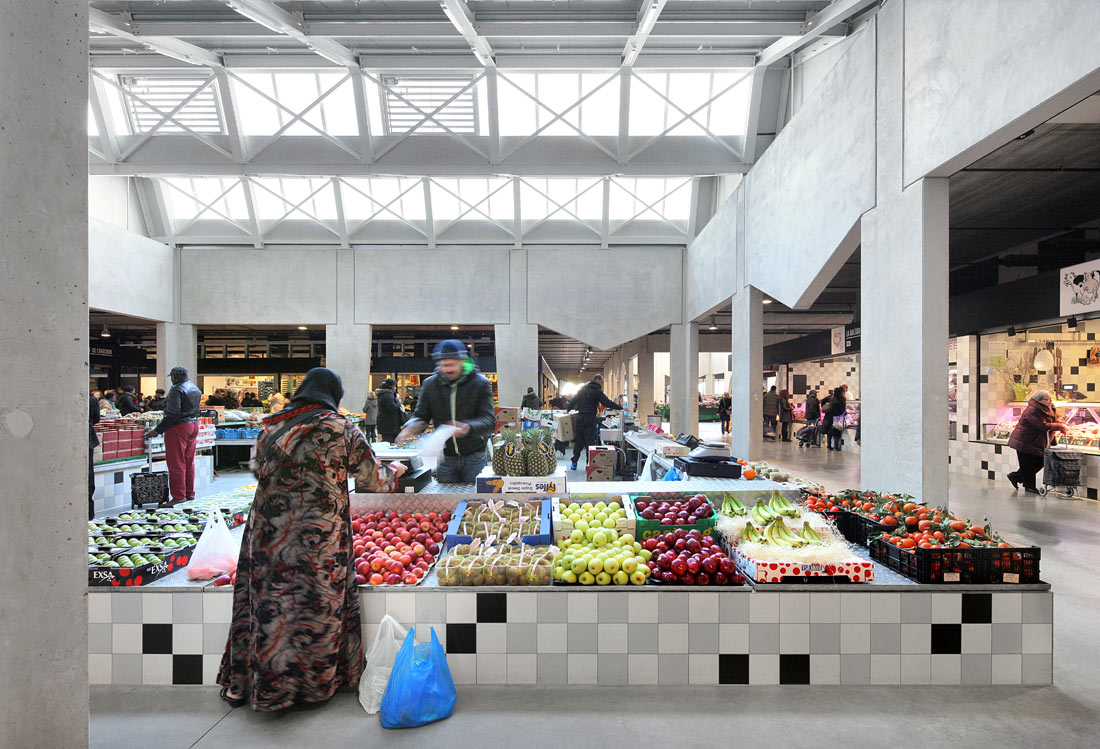 The industrial warehouse – or Big Box – while architecturally unconscious, offers benefits of flexibility and anonymity. Also, it is very cheap to build (= architecture for after the gilded age). The apparent lack of specific identity in such a Big Box makes it a potentially useful type for exploring issues of pluralism. However, Kazimir Malevich’s “White Square on White” offered the ultimate inspiration for the markets. The figure is open-ended and undetermined, but so is the background, which is therefore almost the same. Figure/ Background ~ Plaza/ City, or Building/ City.

We have attempted a sheer endless series of iterations of portico elements. We call the resulting series “Platonic Panels”. Instead of a post-beam presence (engineering), these are abstract planes with a cut-out. In order to achieve this level of abstraction, we had to eliminate all utilitarian or functional details. This labor was about the design of the joints: connections between parts. Finally, we over-dimensioned the elements to further assert the abstract plane as a strong background that lets the foreground (the scenog­raphy of market life) take center stage. 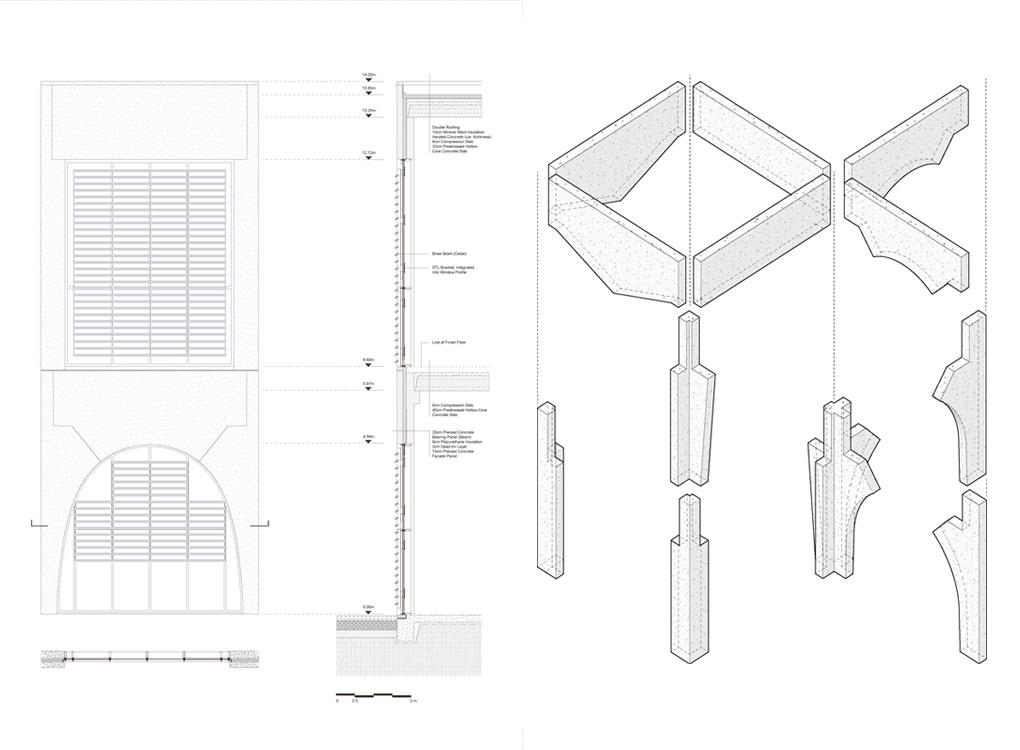 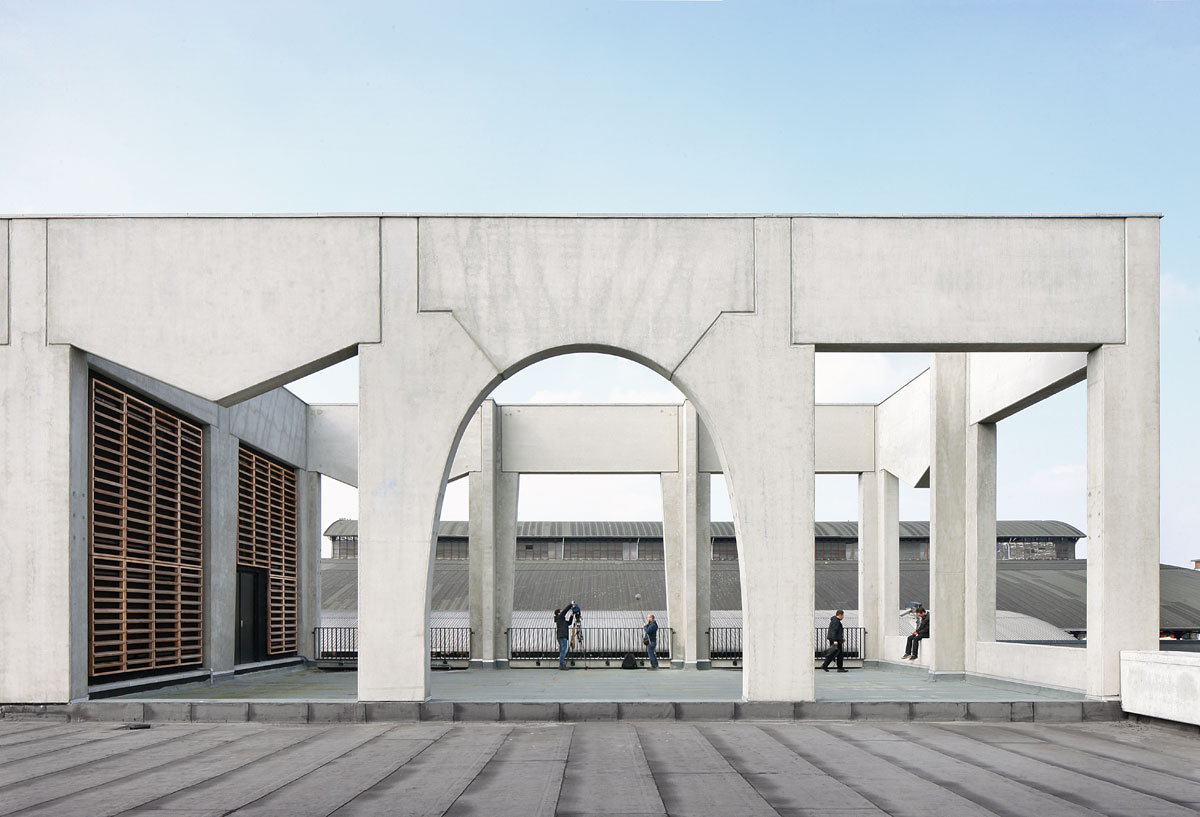 « Brussels, BE
Explore three near-future worlds where technology has changed romance (and cities too) in this GSAPP exhibit »