Social Housing II: the Participative House Assembled in One Week

In February 2016 the National Housing Commission, CONAVI (for its acronym in Spanish), renewed its operating rules for providing federal subsidies. New regulations established that the use of traditional materials and constructive systems such as bamboo, straw, bajareque, palm, carrizo and wood, was considered precarious, denying access to federal funds for self-construction practices using these materials.

Therefore, the first housing exercise, carried out jointly with the community of Tepetzintan in five workshops focused on technical training and participatory design, was ineligible to receive government support, making it difficult for residents to self-build the project. 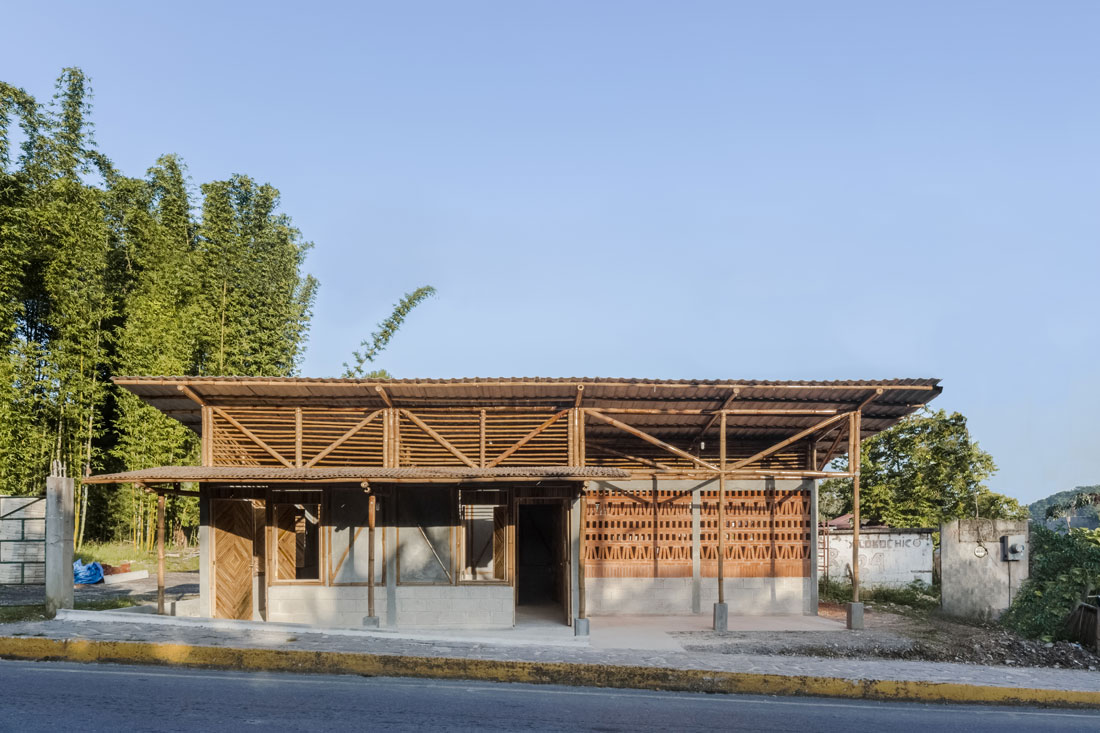 Given this scenario, together with the Tosepan Titataniske and Tosepan Ojtatsentekitinij Indigenous Cooperatives, we decided to make a second housing exercise that would avoid using local bamboo species as structural elements in order to comply with the regulations already imposed by CONAVI.

This second exercise preserves the modular and prefabricated building system based on panels made with oldhamii bamboo. The construction system uses only three elements (two trusses and a panel with its variants); these elements are prefabricated and assembled once the structural frames have been finished, which significantly reduces site construction time. Also, the approximate assembly time is one week, reducing labor costs for a low-budget project. 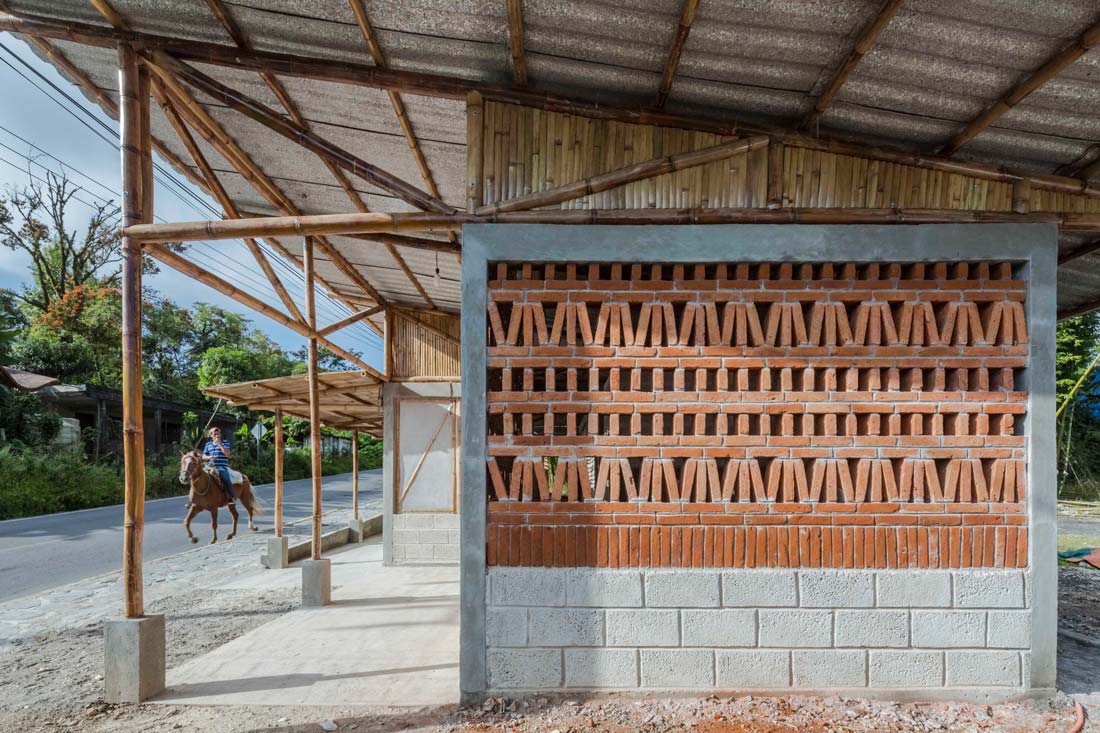 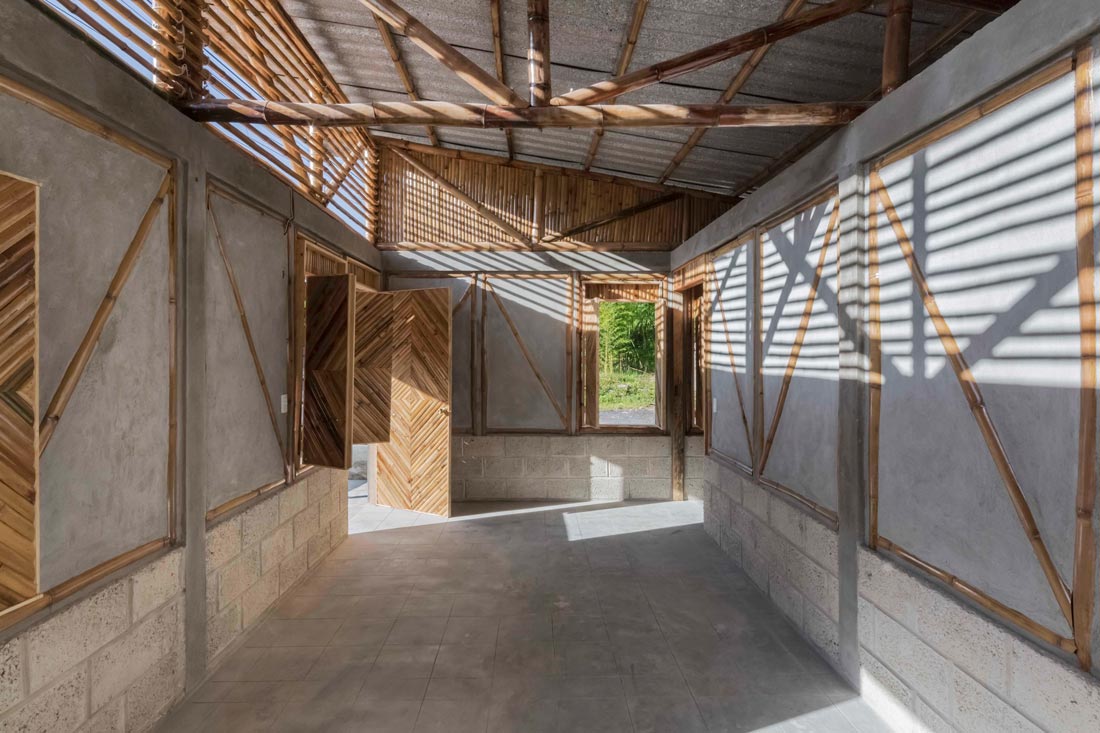 Once installed, the bamboo panels are coated with ixtle (local fabric used to make coffee sacks) and a thin layer of mortar. Once the base structure has been placed, the beams and subsequently the ecolam sheet are fixed. The latter is a product made from food-grade aluminum waste, which gives thermal, acoustic and antibacterial properties.

In addition to local materials, which allow the villagers to contribute in kind and labor to reduce the cost of their homes, the project has an optimum environmental performance. In the case of water, rainwater harvesting is used, as well as wetlands for the reuse of gray water and there is a biodigester for sewage treatment. As for the climate, basic bioclimatic strategies were implemented to combat the region’s high temperatures. 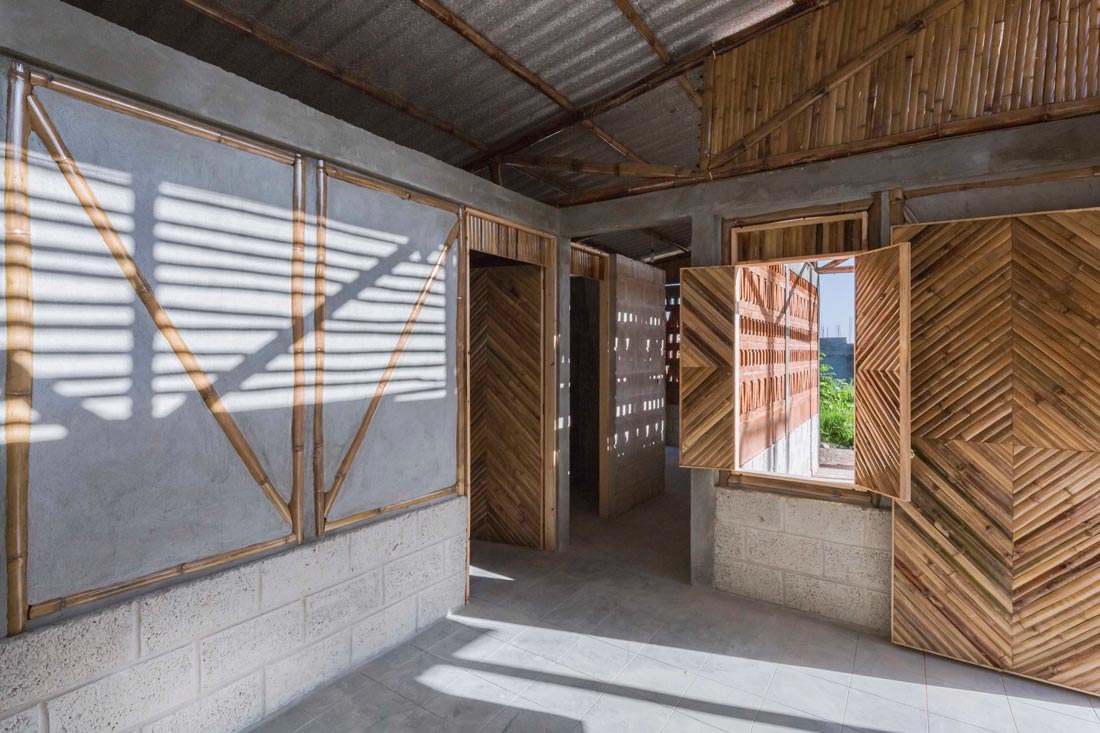 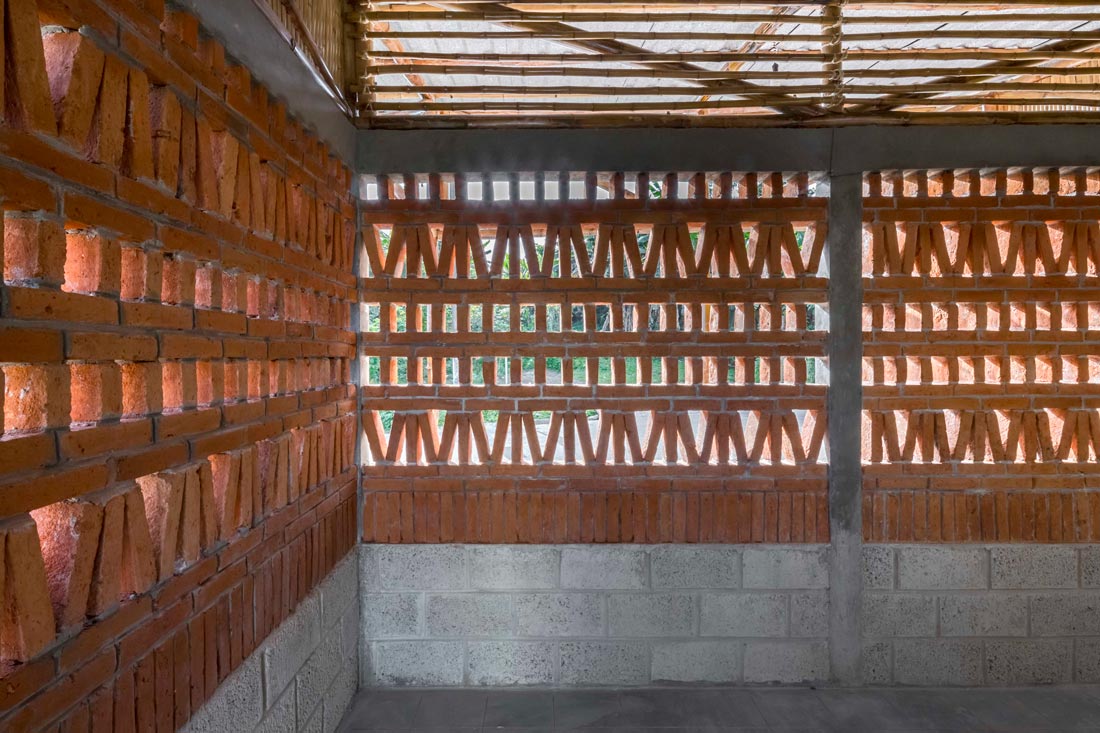 In terms of space, the house responds to the customs and traditions of the Nahuatl people, who have a main hall where they set the altar – the central element of the house – and dry the coffee and corn crops. The kitchen has a permeable character to let out the smoke from the firewood and the traditional lattice design is recovered.

The second exercise was awarded a silver medal by CONAVI in the First National Rural Housing Contest and was approved to receive federal subsidies. However, we will continue to pursue the viability of the first exercise, as we firmly believe that traditional building materials and vaconstructive systems must be endorsed by public housing policies in our country to promote the autonomy of indigenous peoples, the value of vernacular architecture and the preservation of intangible knowledge. 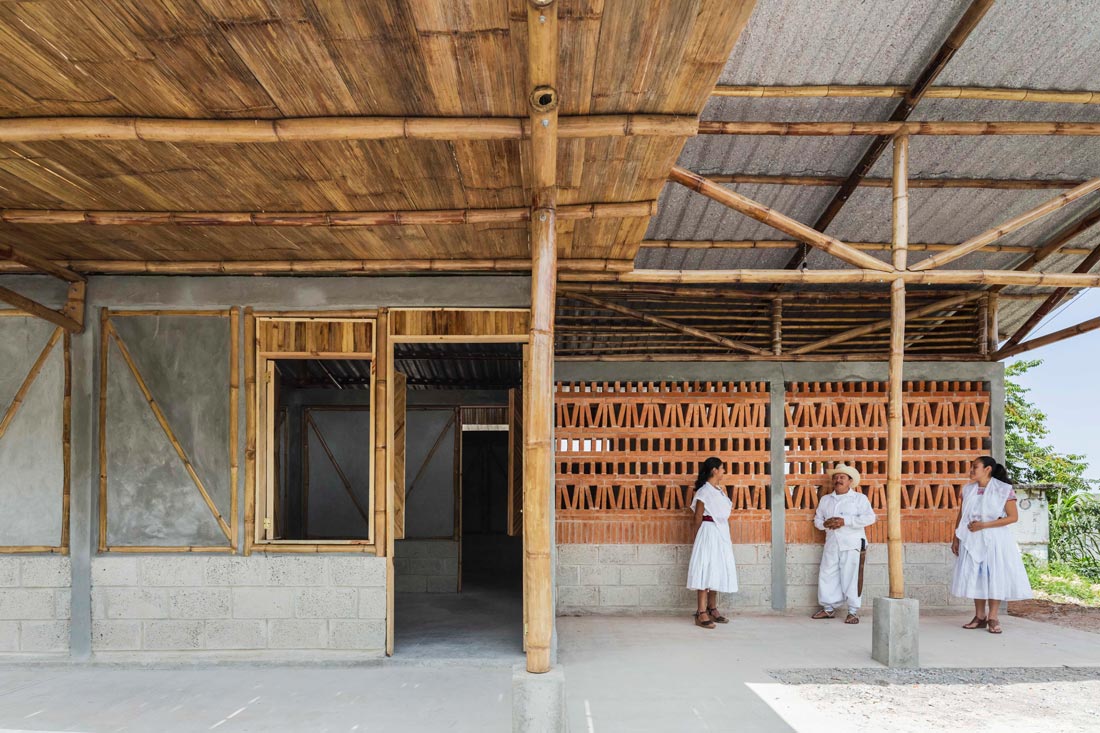 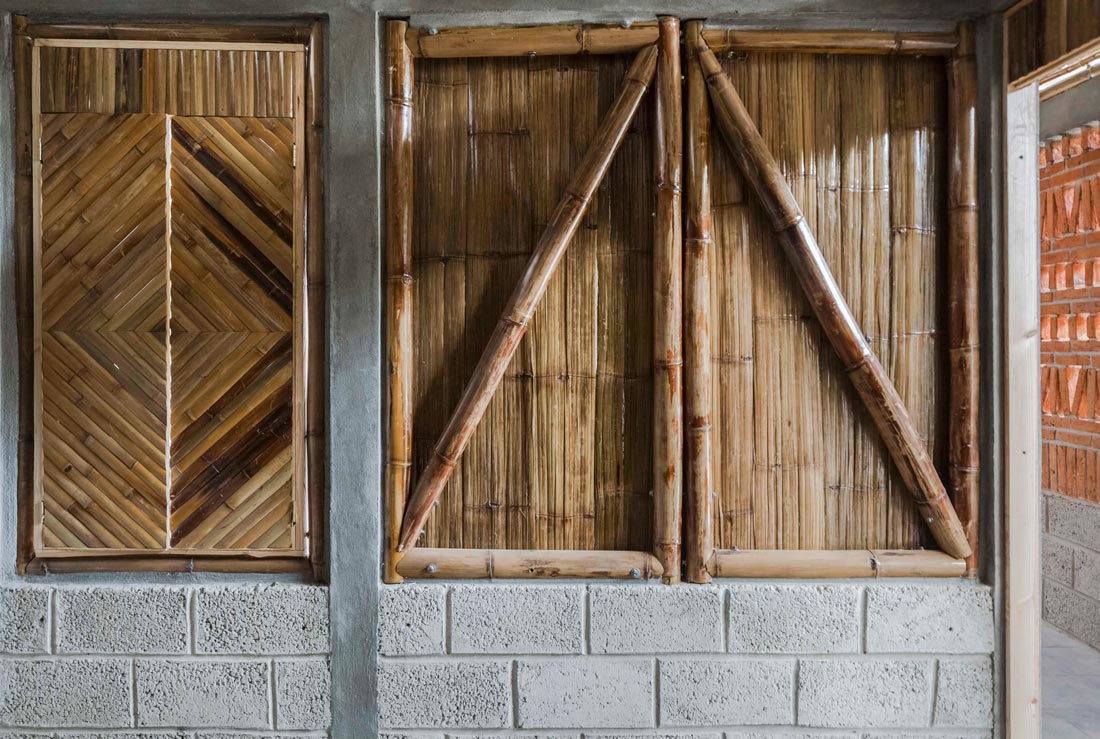 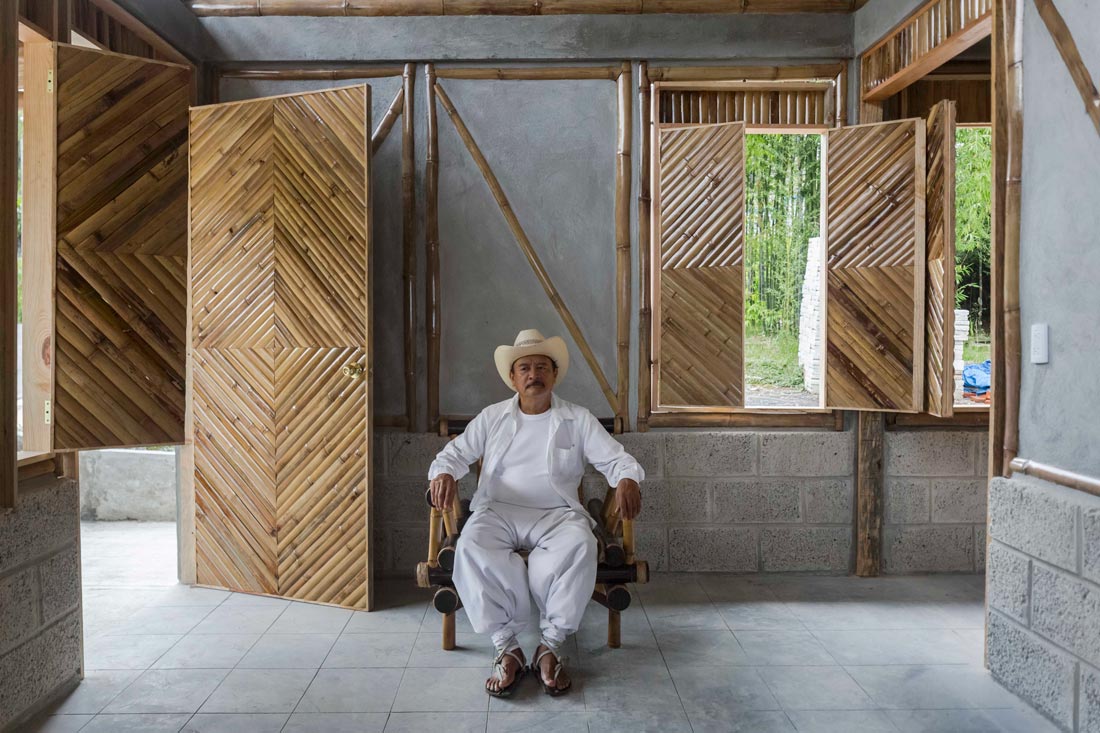