Rebuilding of San Mateo Apartment Complex: When the Users Decide their Homes

The old residential building of San Mateo was among the most iconic structures of the city of Lorca, due to its unusual configuration with a central space opening onto Juan Carlos I Avenue. Having sustained serious damage during the earthquake of May 11th, 2011, its complete demolition was undertaken a month later.

In October 2011, the building’s Community of Owners announced a competition of ideas to select the most appropriate project for the reconstruction of their homes. The contest guidelines made special mention of the need for design projects to establish a structure of ownership reflecting that of the original building, so that each of the owners could regain the position they had previously occupied in the complex. 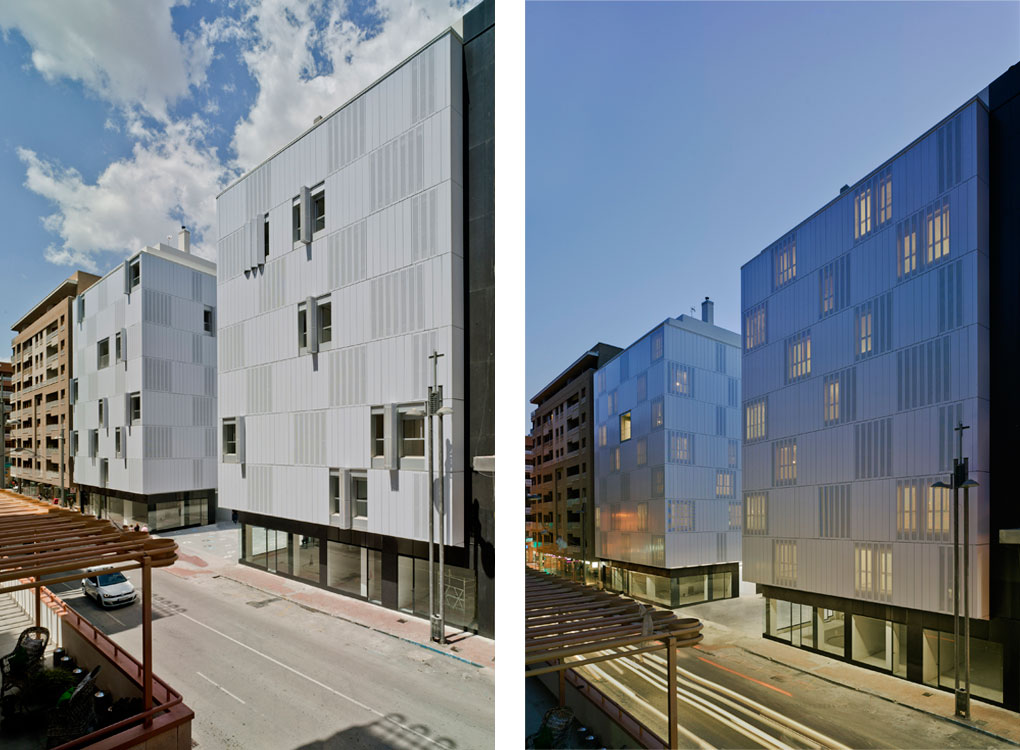 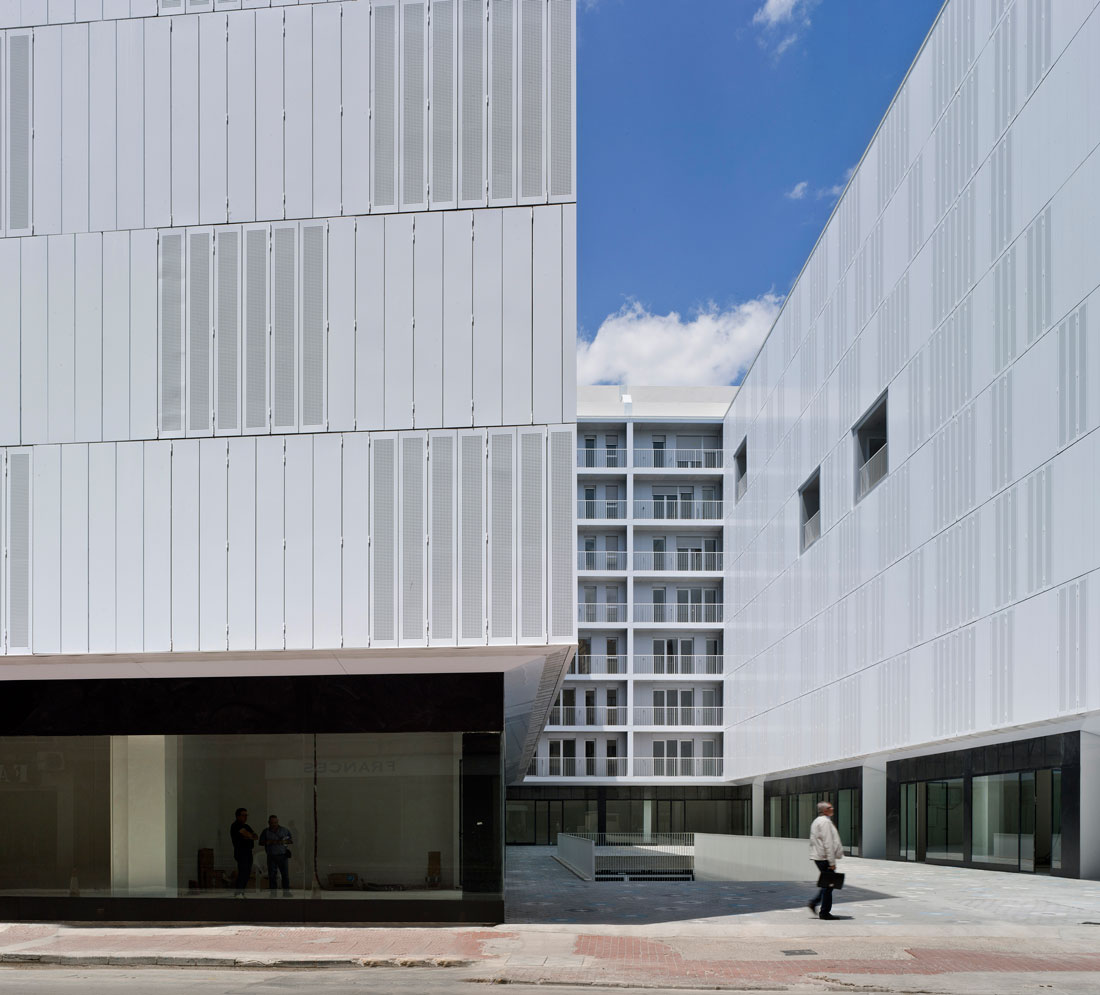 The proposal submitted by MCEA | ARQUITECTURA and NAOS 04 ARQUITECTOS envisioned the architectural project as an instrument capable of making reconstruction viable through achieving the necessary consensus of all owners within the building. Thus it was seen as essential to incorporate into the draft process the experiences and different ways of living that each of the owners had developed over time, so that the reconstruction and occupation of new homes could be made the least traumatic possible. Similarly, owners were also given the opportunity to incorporate into the project their current and future needs, through the design of flexible layouts that led in many cases to a layout in either a single dwelling or two smaller ones. 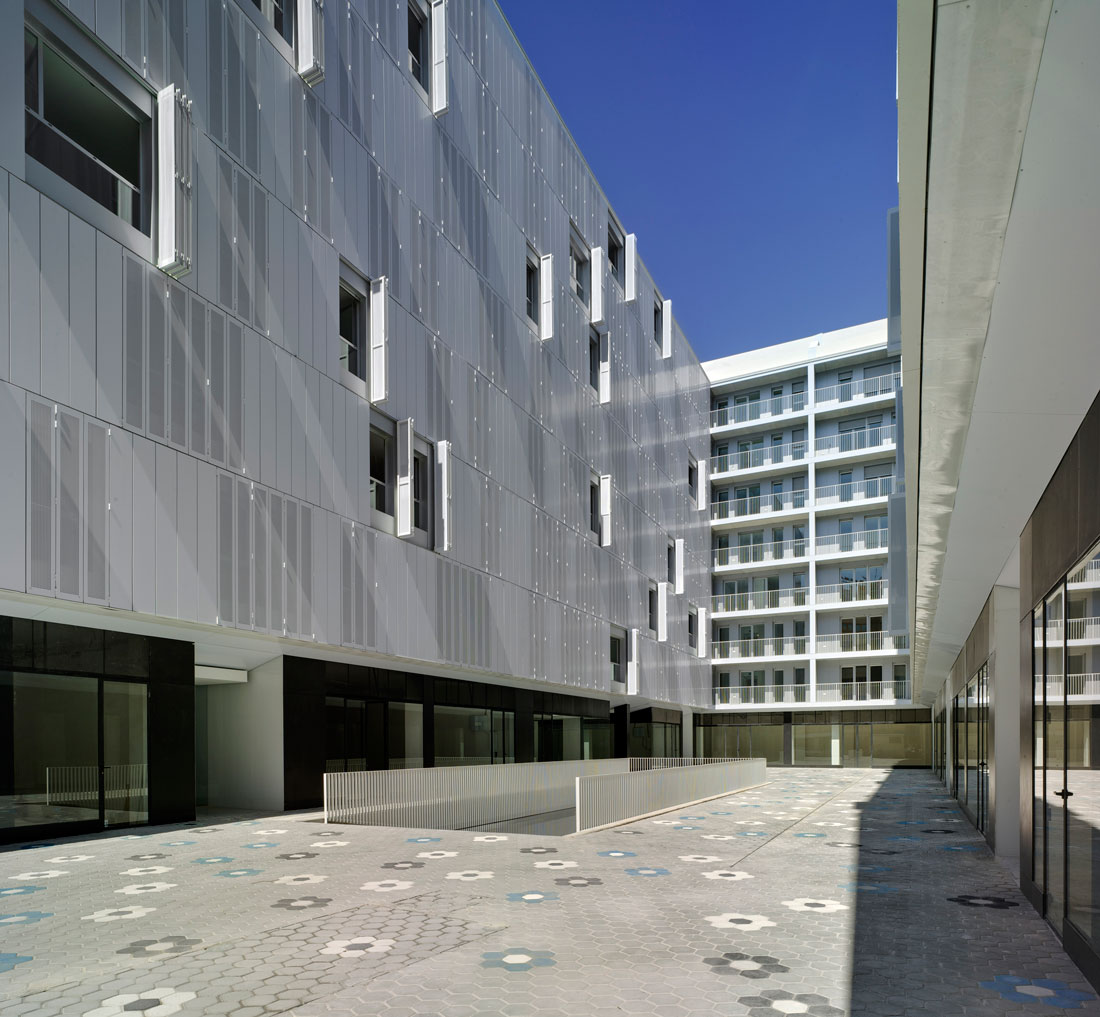 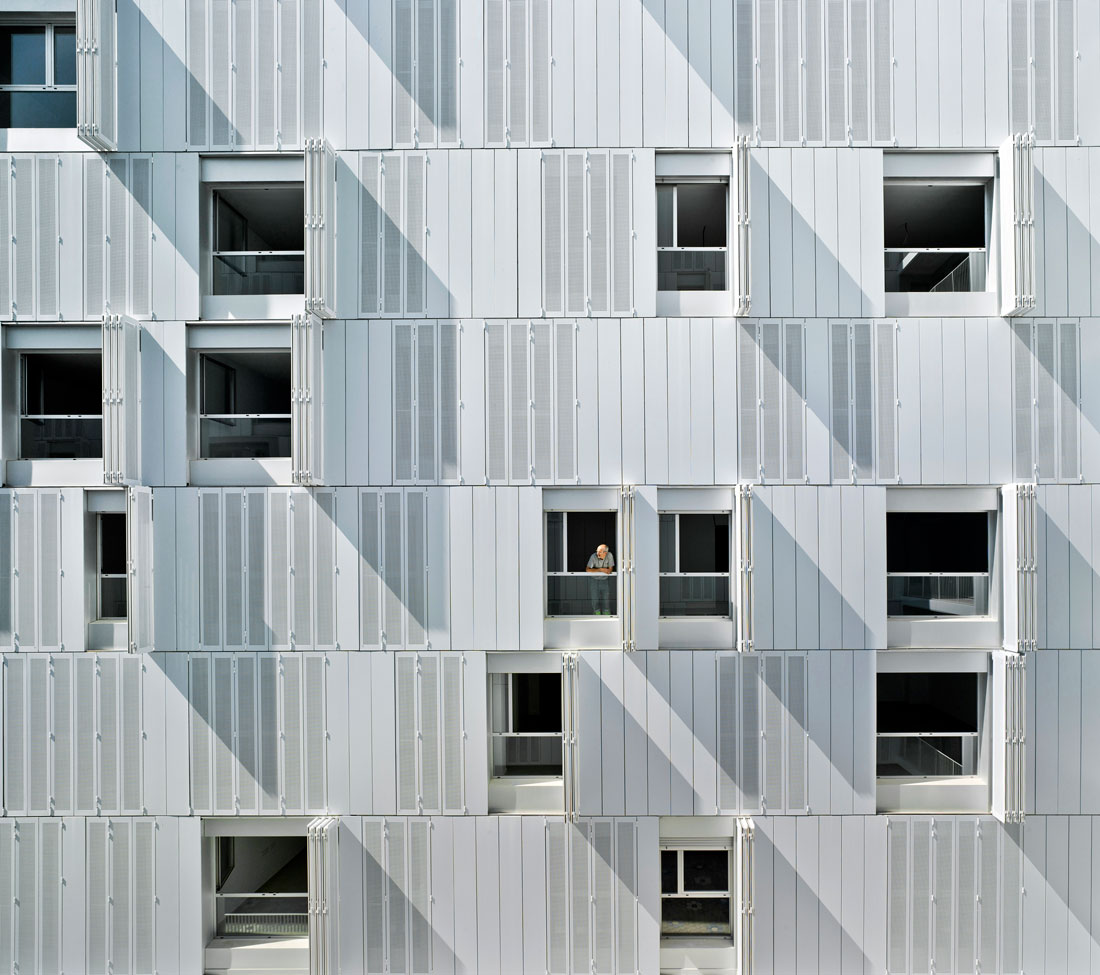 This participatory process, in which all owners were individually involved with the design team, consisted primarily of the following phases:

1- In the first phase the needs of each individual owner were defined by filling out detailed forms reflecting all the proposals and comments which they considered relevant.

2- In the second phase of work a process of designing housing typologies was undertaken, one which embraced all proposals for distribution received in the first phase.

3- A third phase of work was then developed in which each of the owners was given the different typologies defined on the vertical of their home, in order to select the one which best suited their needs and finally to introduce any specific changes considered opportune by each owner. 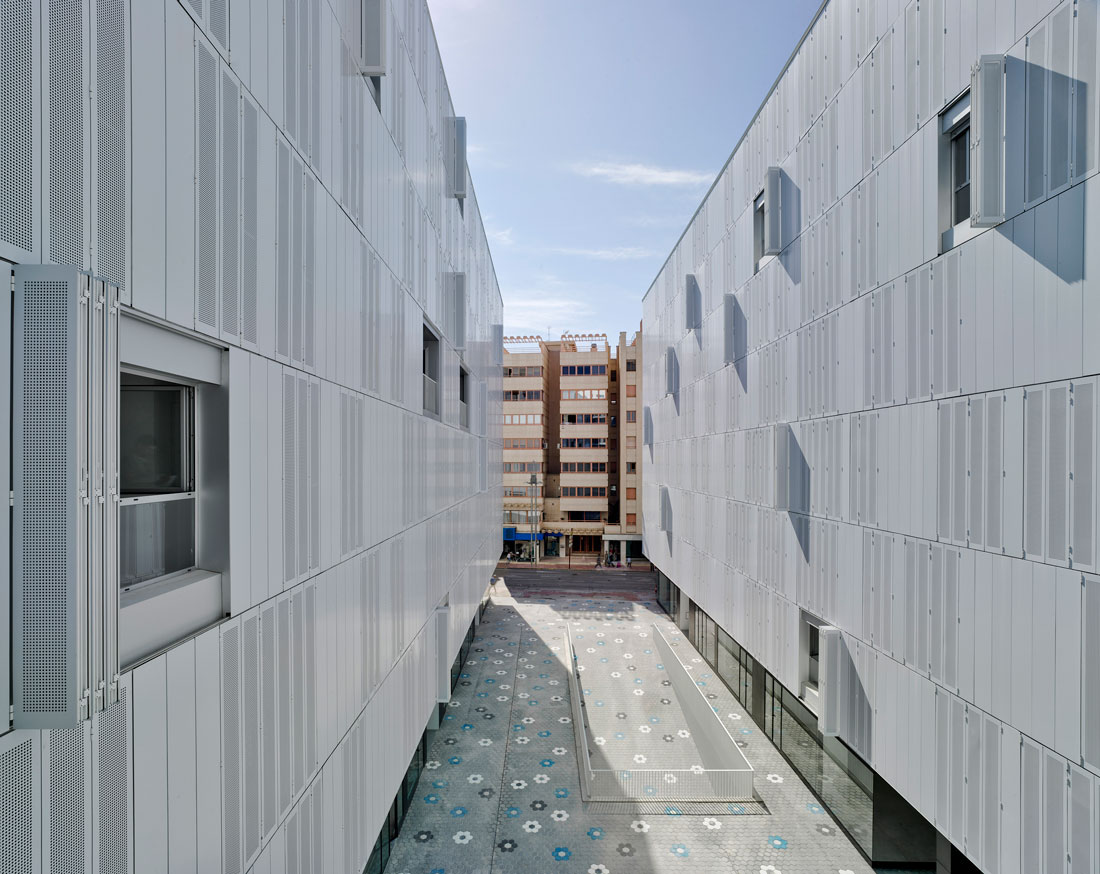 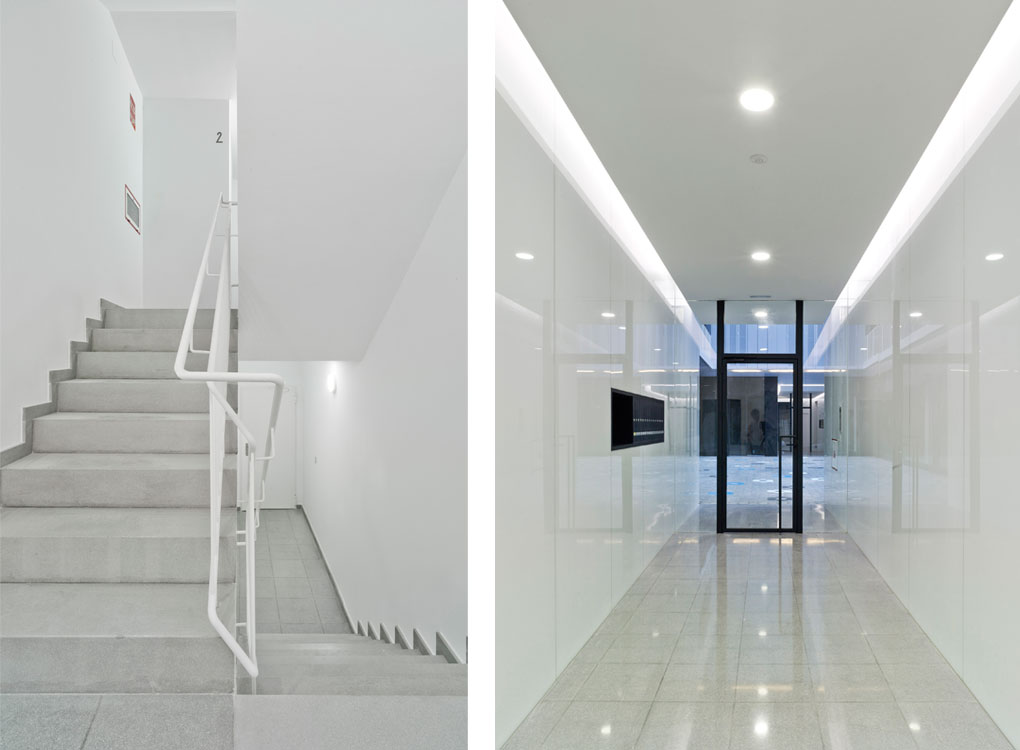 The end result of this participatory process was reflected in the final draft, which included 45 different dwelling typologies, thus achieving the acceptance of, and identification with, owners in the jointly developed project.

This process, which incorporated the willingness of each individual owner to contribute to the ordering and management of the whole group of dwellings, also sought to reflect a similar ethos in the design of the façade, through a general system of shutters in which the individual owners could change the overall composition, thus obtaining an image of the building in constant flux and adapted to the needs of the individual inhabitants.