The new head office for the Piper Heidsieck and Charles Heidsieck House of Champagne faces onto the production unit, extending a wine-growing site and a presentation space. The same architectural style coalesces all the program elements and allows the new head office building to stand out as a contemporary yet unostentatious project reminiscent of an immaterial barn. 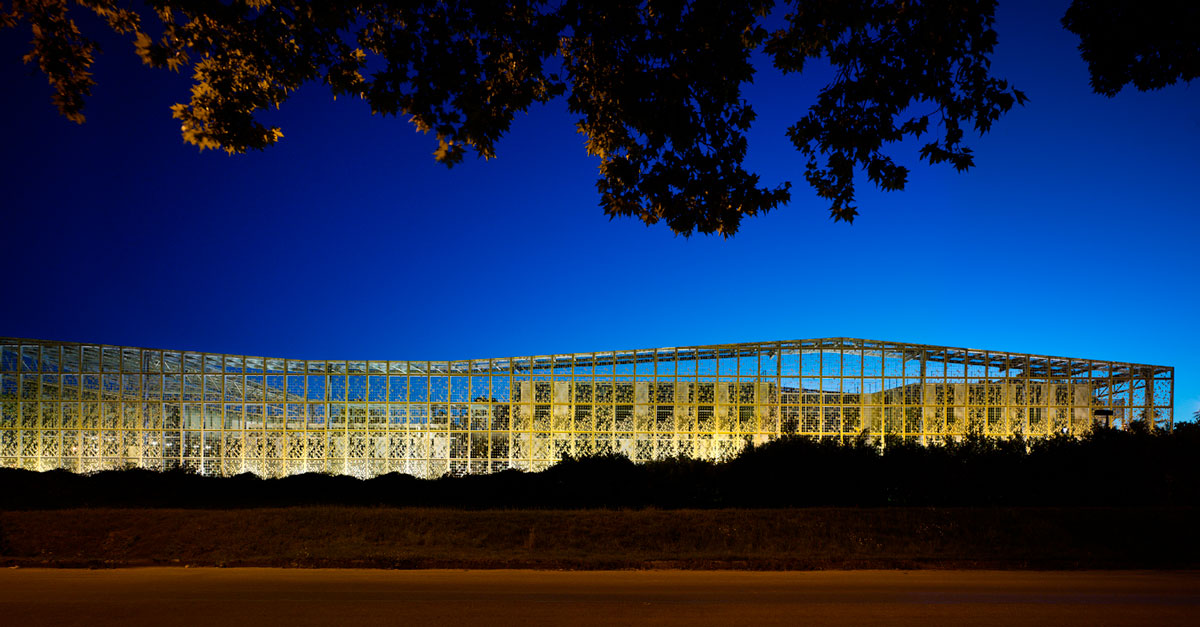 By raising its silhouette in the landscape, the building transforms the wine-growing site and becomes a beacon-like federating structure.

Inspired by the structural minimalism of winery buildings, the simplicity and efficiency of its delicate metal structure also suggests considerable elegance and sophistication. 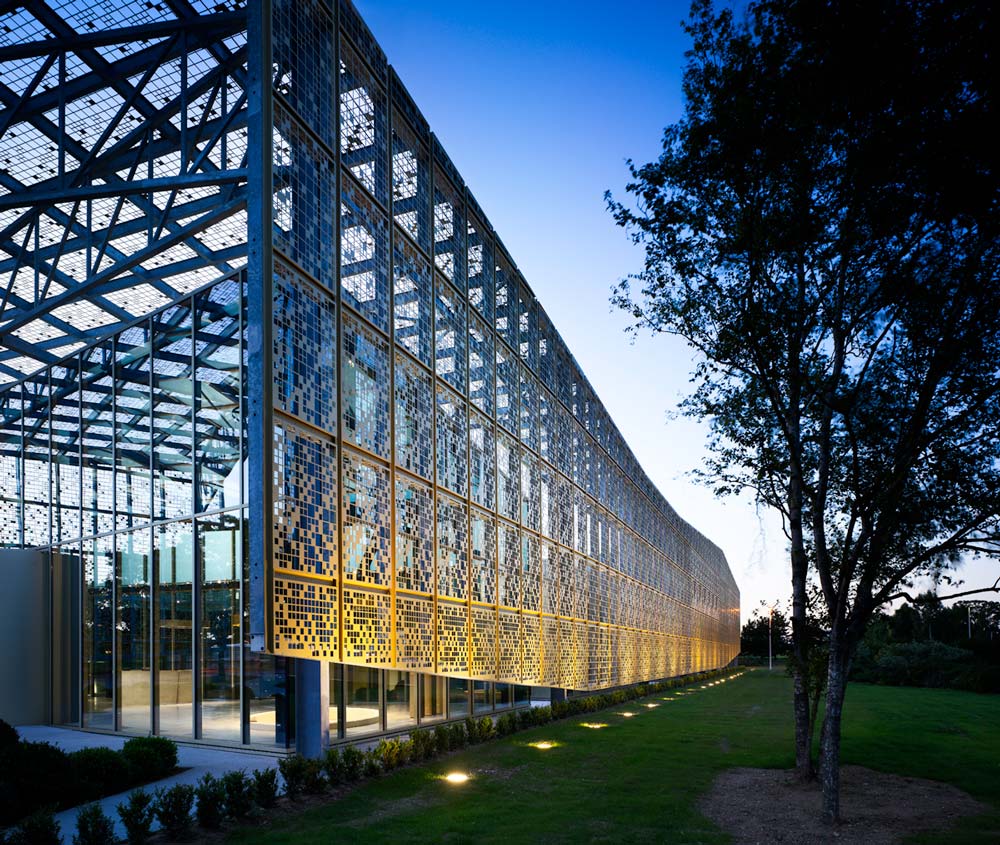 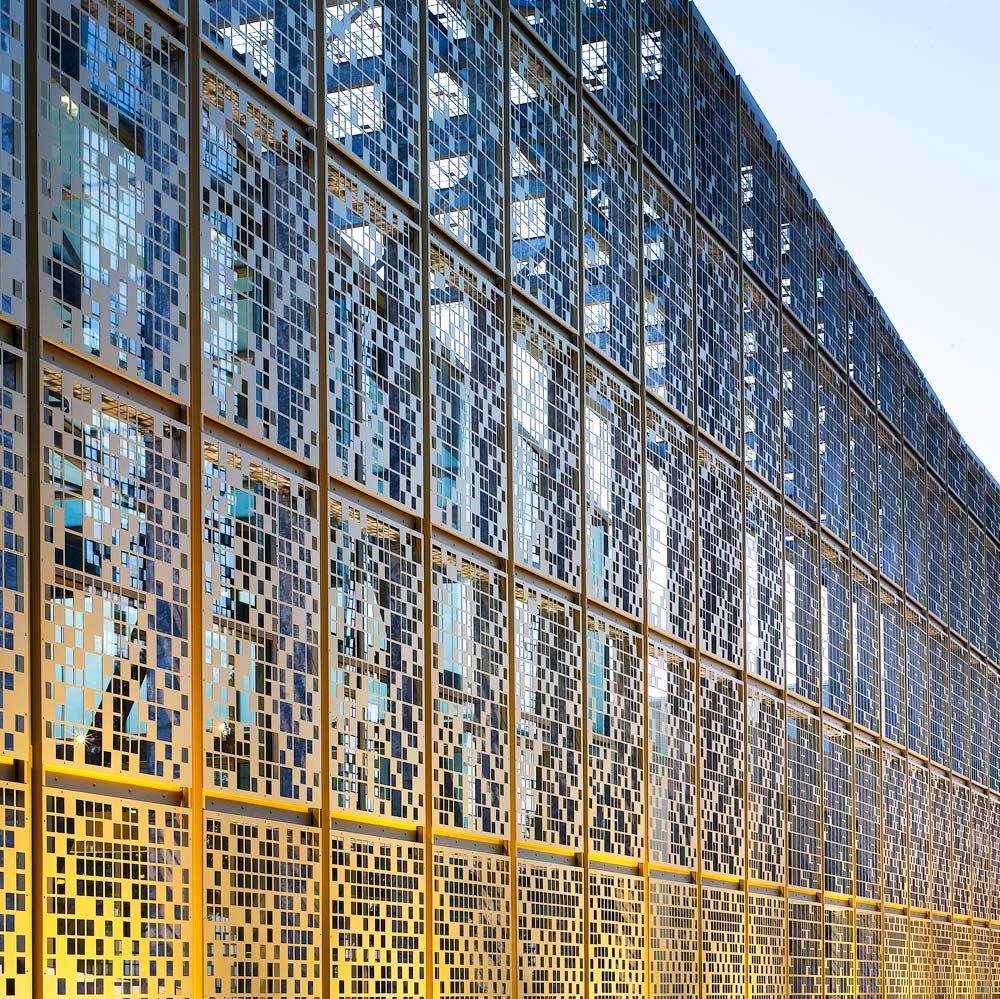 The new head office is designed as a glass envelope enclosed within a grid that seems to dematerialize as it reaches upwards to the sky, providing an impression reminiscent of the effervescence of champagne bubbles. By day, the grid combines its golden reflections with the ever-changing colors of the sky in the Champagne region. By night, the building is subtly lit and the elevations become sources of diffused light. 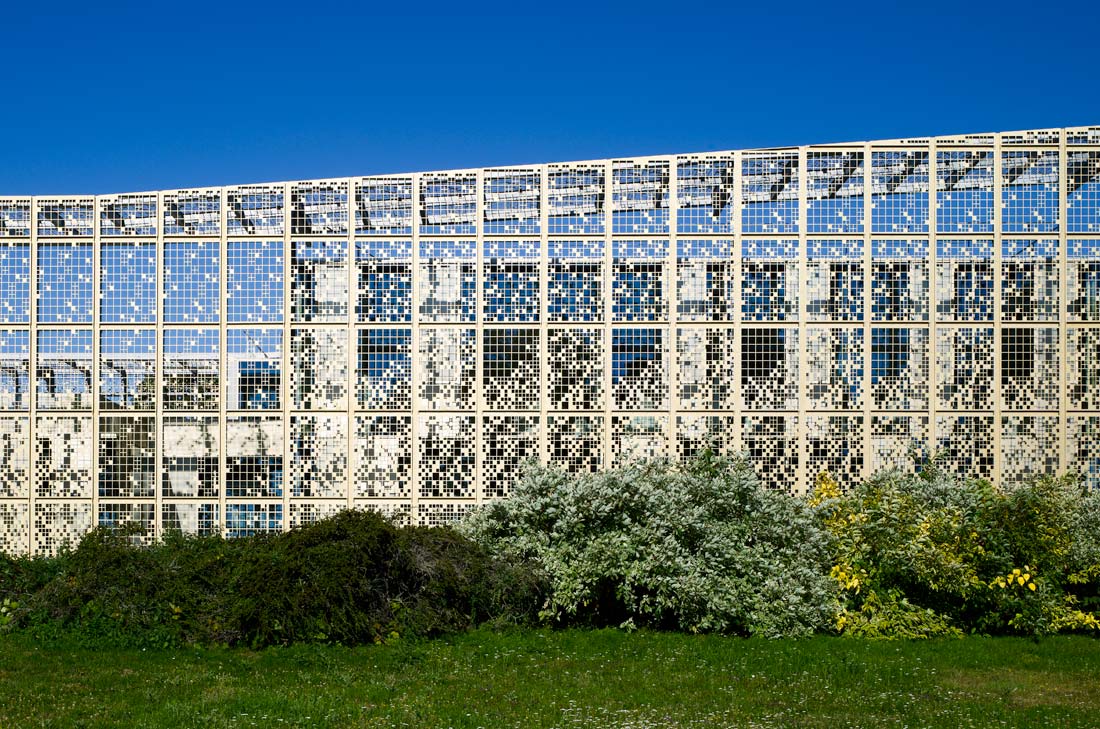 Floating above the hard-surfaced esplanade, a spectacular canopy stretches out towards the landscaped car park to welcome visitors. The covered esplanade extends into the large reception hall where the light from the glazed roof is filtered by the metal grid and its golden panels. The overall impression is that of a stained glass window whose shards of light provide the interior space with an added colored sparkle. 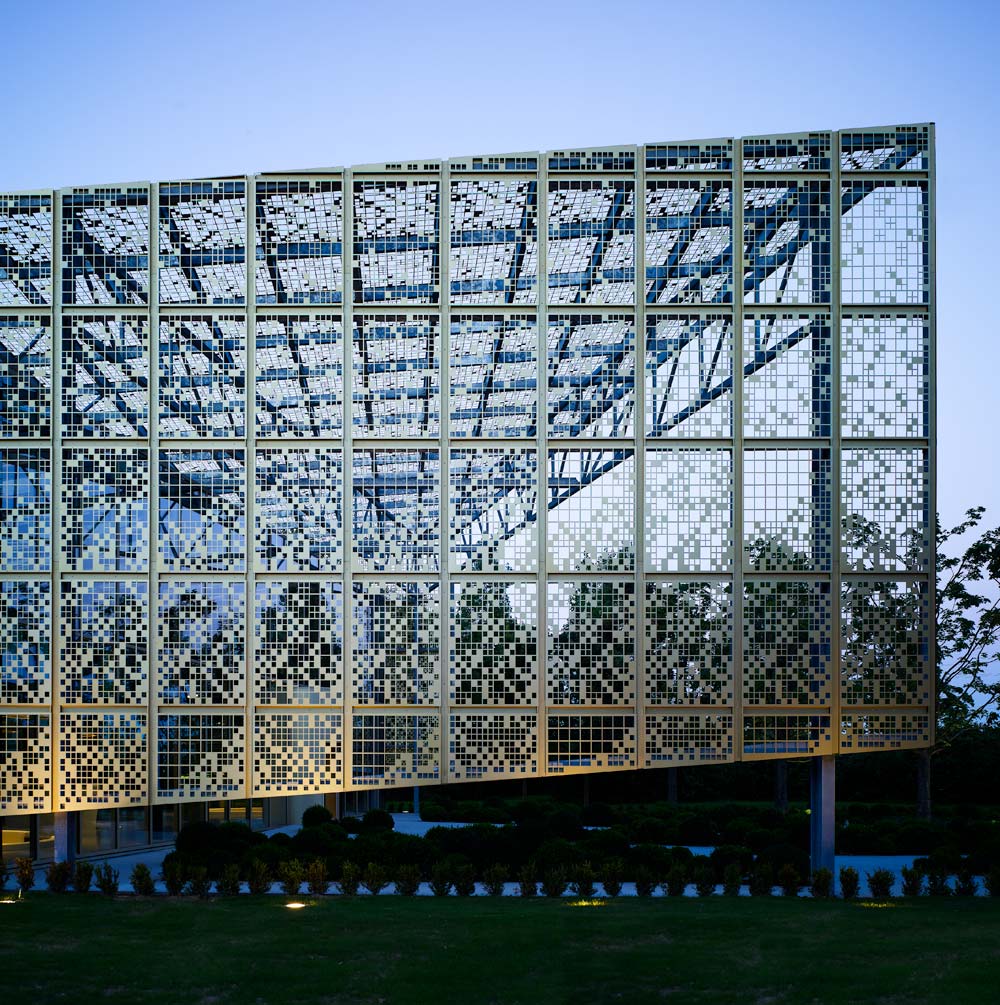 The transparent heart of the building provides views of both the external landscape and the various interior work spaces formed from four pavilions separated by three patio gardens. The result is an overall sense of serenity emphasized by the important role played by nature. 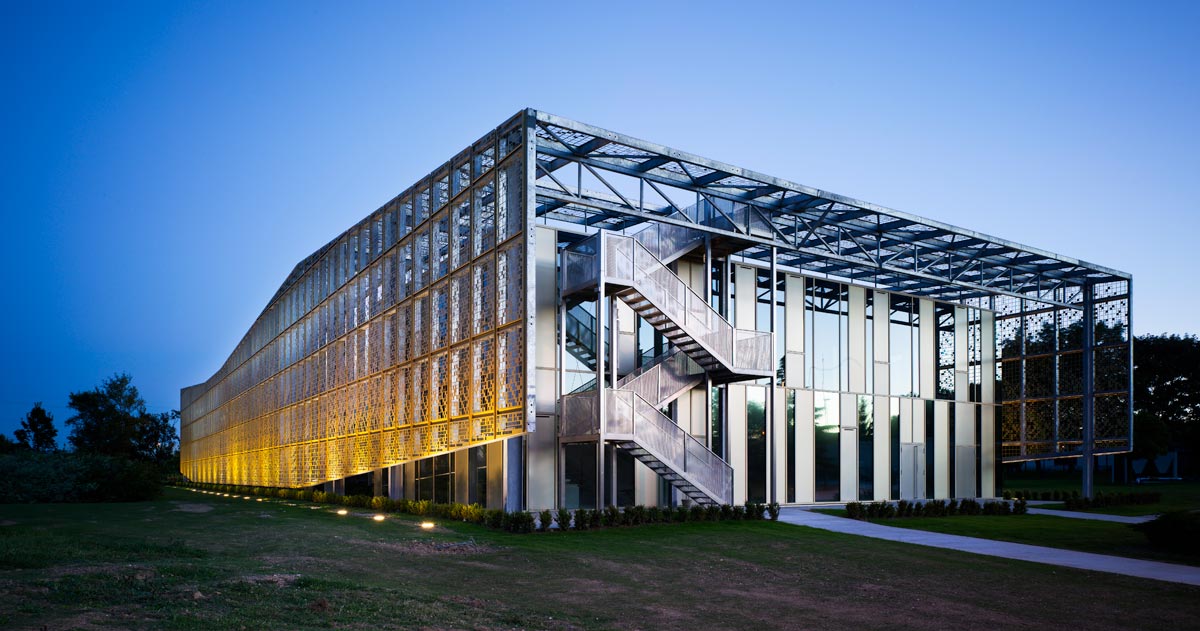 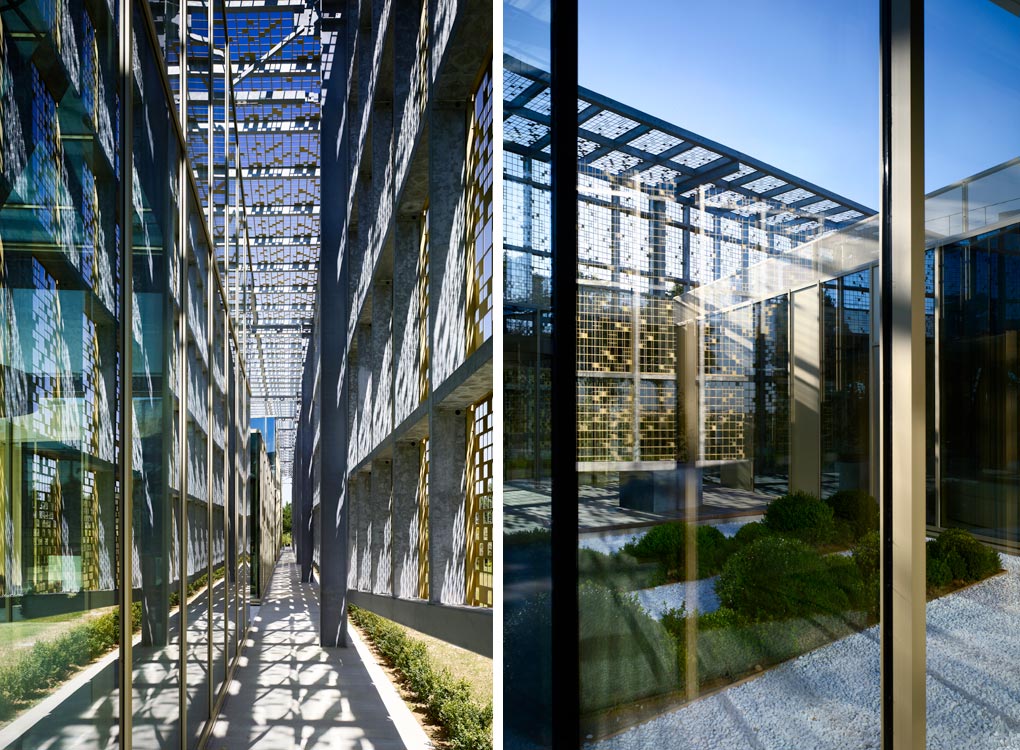 The building combines the formality of an important house of champagne and the comfort of an environment favorable to human activities. By placing emphasis on use and an understanding of its landscaping role, the new Piper Heidsieck and Charles Heidsieck Champagnes head office succeeds in being both efficient and generous. 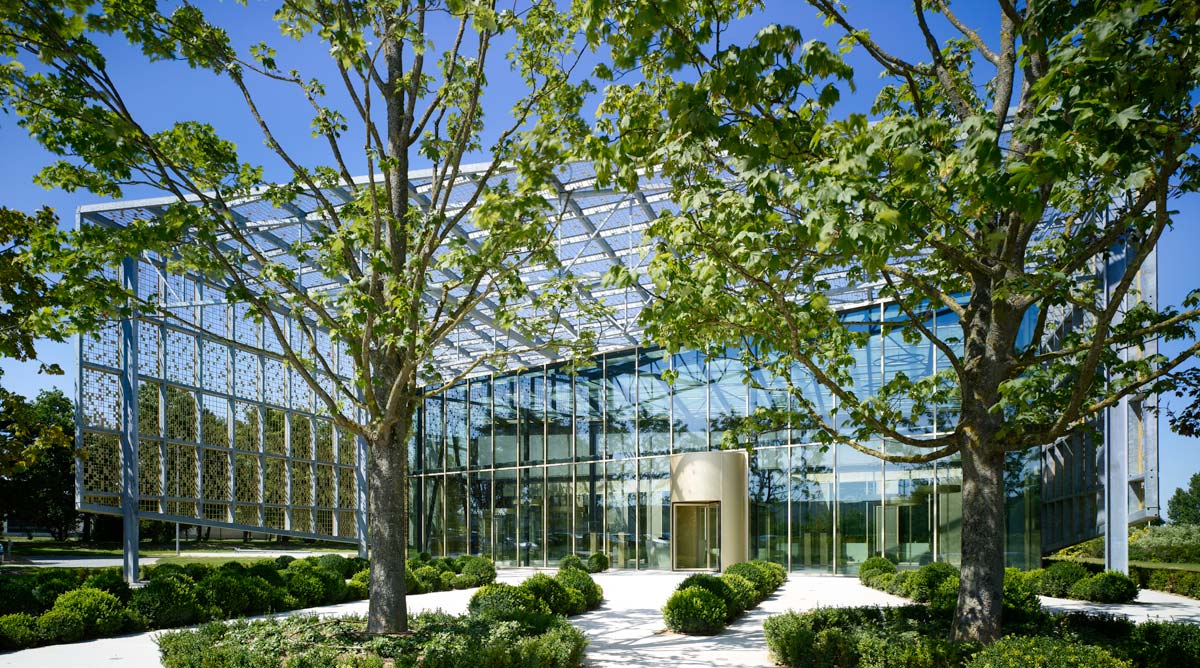 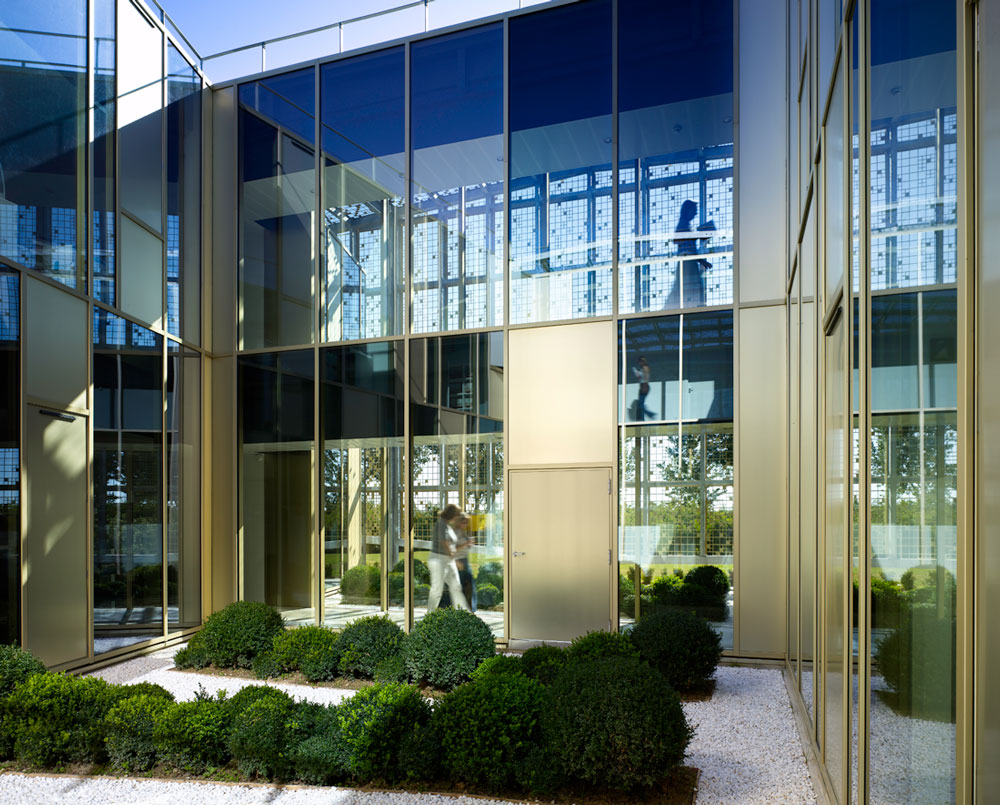 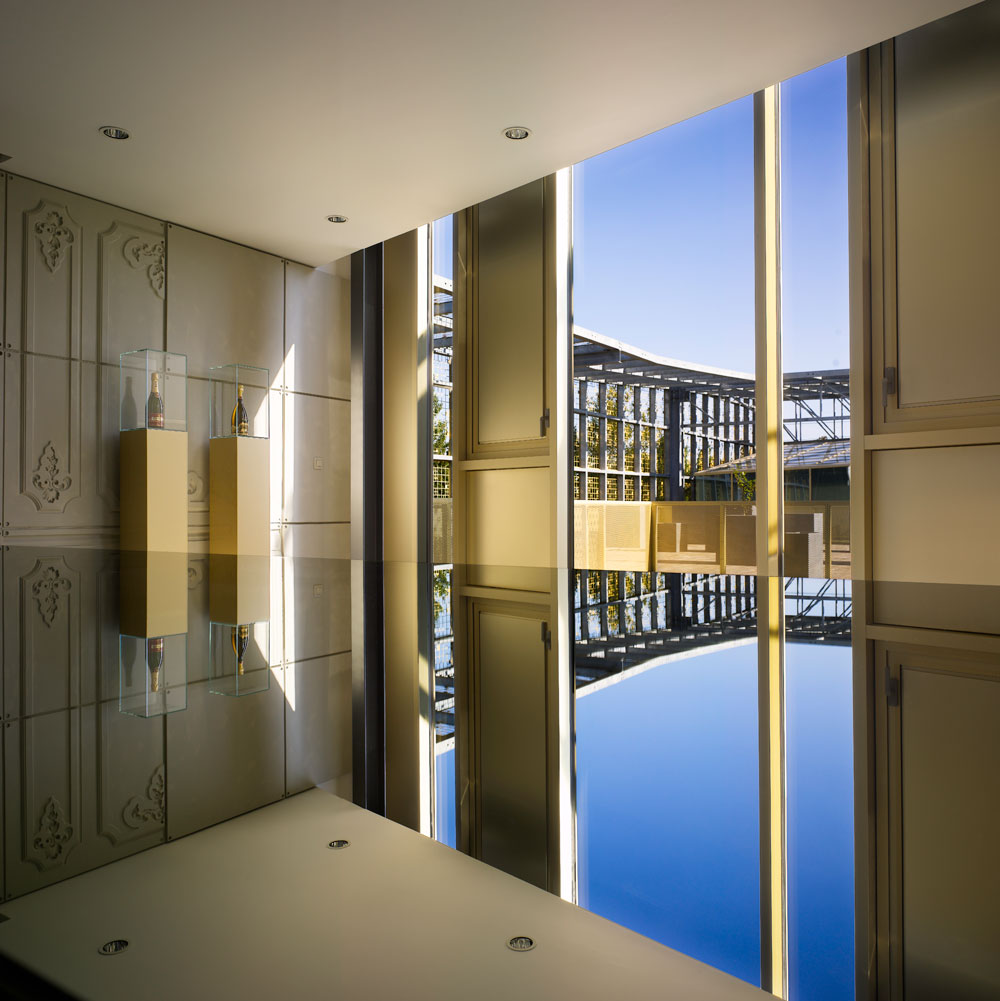