Pavilhão do Lago: Museum Extension in the Lake

The pavilion uses both the museum building and the Serralves Park as its raw materials, each one in a different scale. 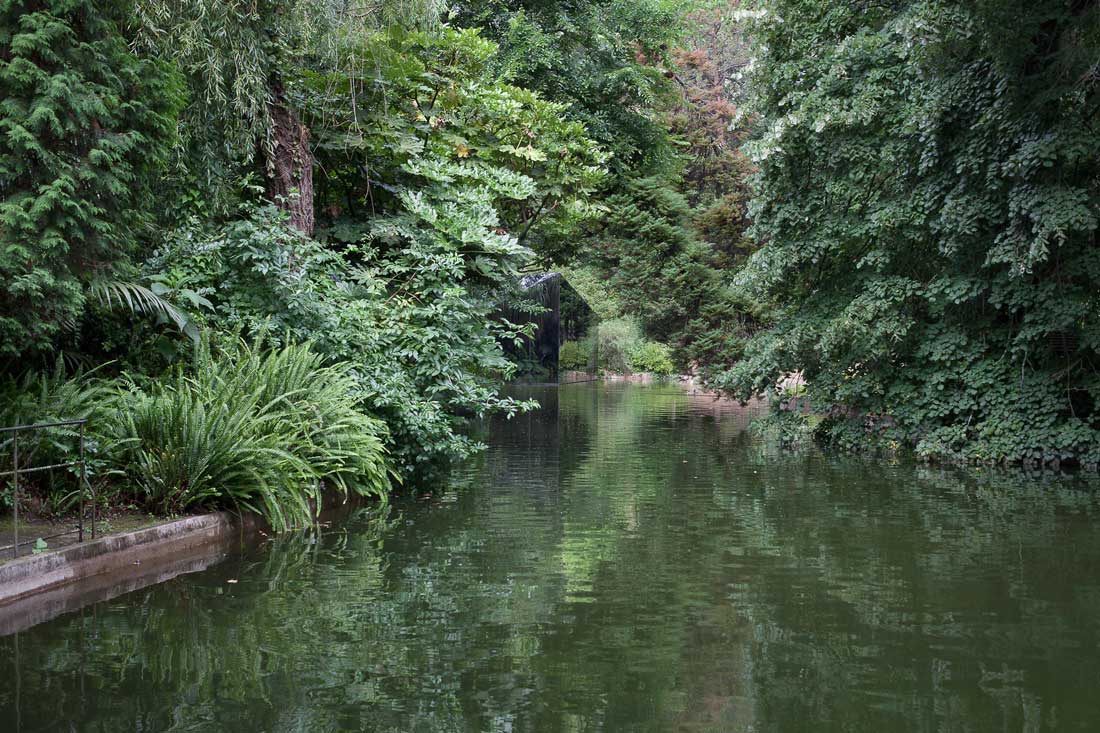 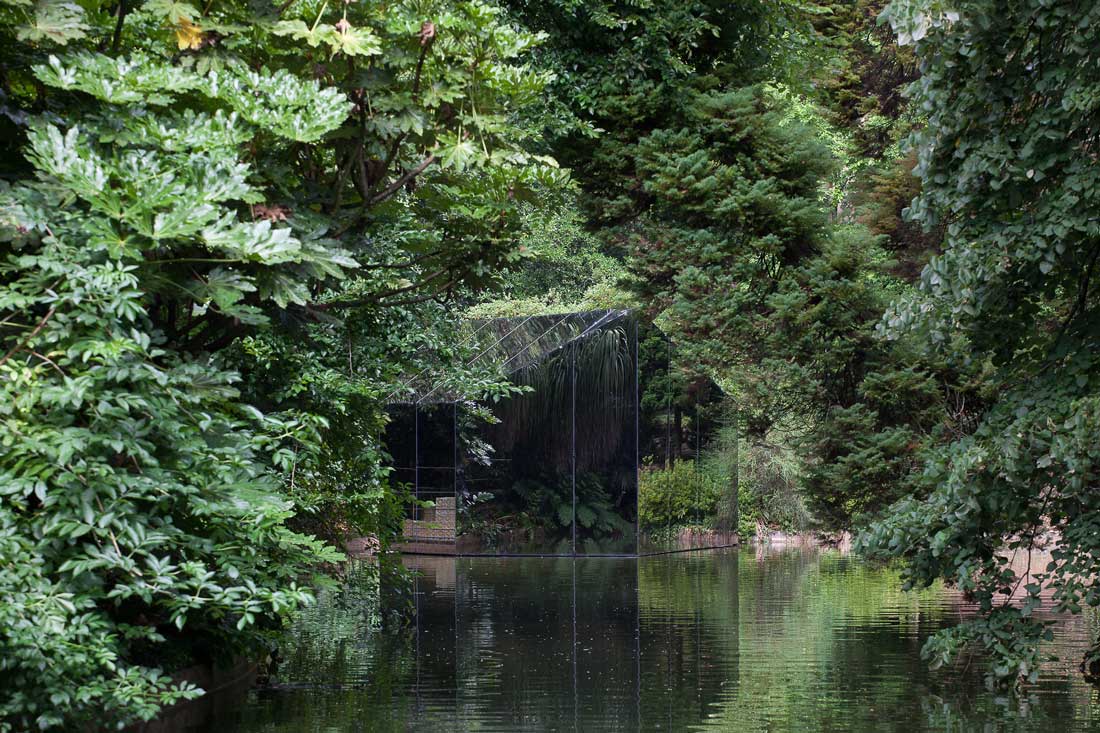 Firstly, the pavilion’s design establishes an indirect relationship with the museum building. Its design is a polygon extracted from the museum’s layout. This polygon corresponds to one of its characteristic spaces: the bow window, whose classic hexagonal matrix is repeated and emerges several times throughout the park, both in the pavements and the landscape features. The concave polygonal configuration of this layout provides the perfect baseline for a projection space.

Secondly, the extracted polygon becomes something new and detaches itself from its original source once implanted in the park and with its original context altered (including the transformation of its shape and materiality). In this second stage, the pavilion approaches the park, establishing an affinity with its textures and finding its own materiality. It is implanted on top of the lake; whose waters offer it its principle: dark glass that mirrors its reflection and the surrounding landscape of dense foliage. 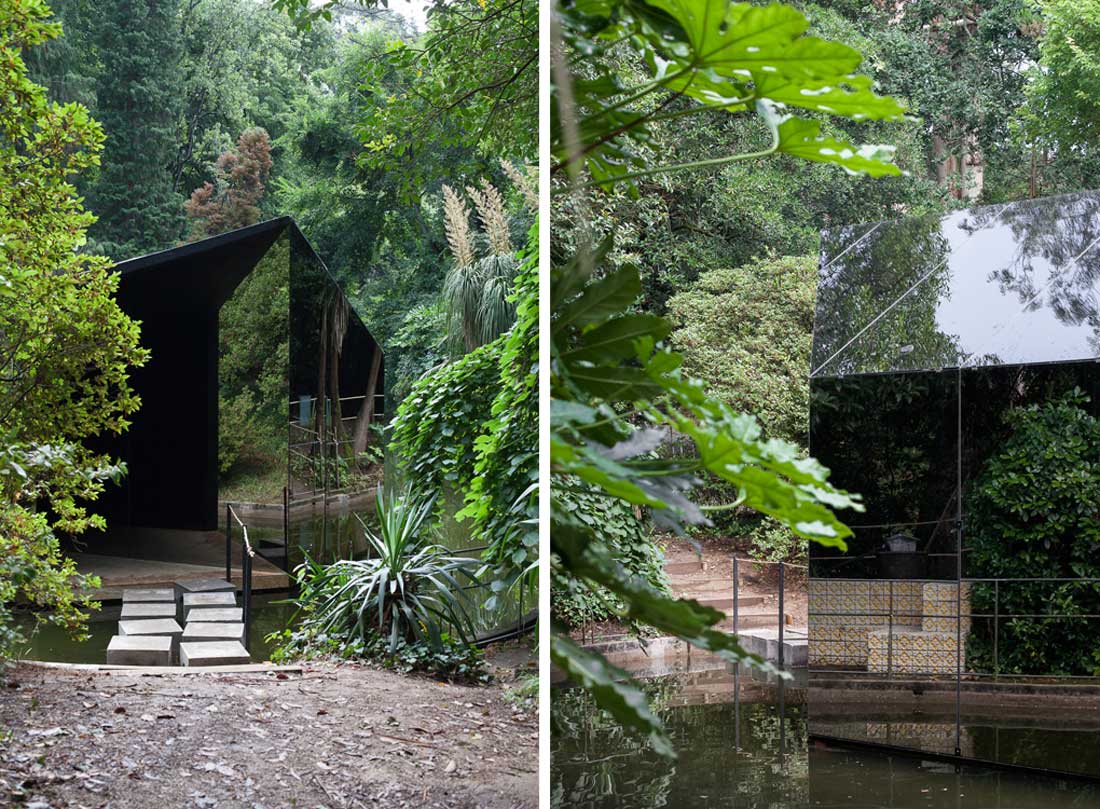 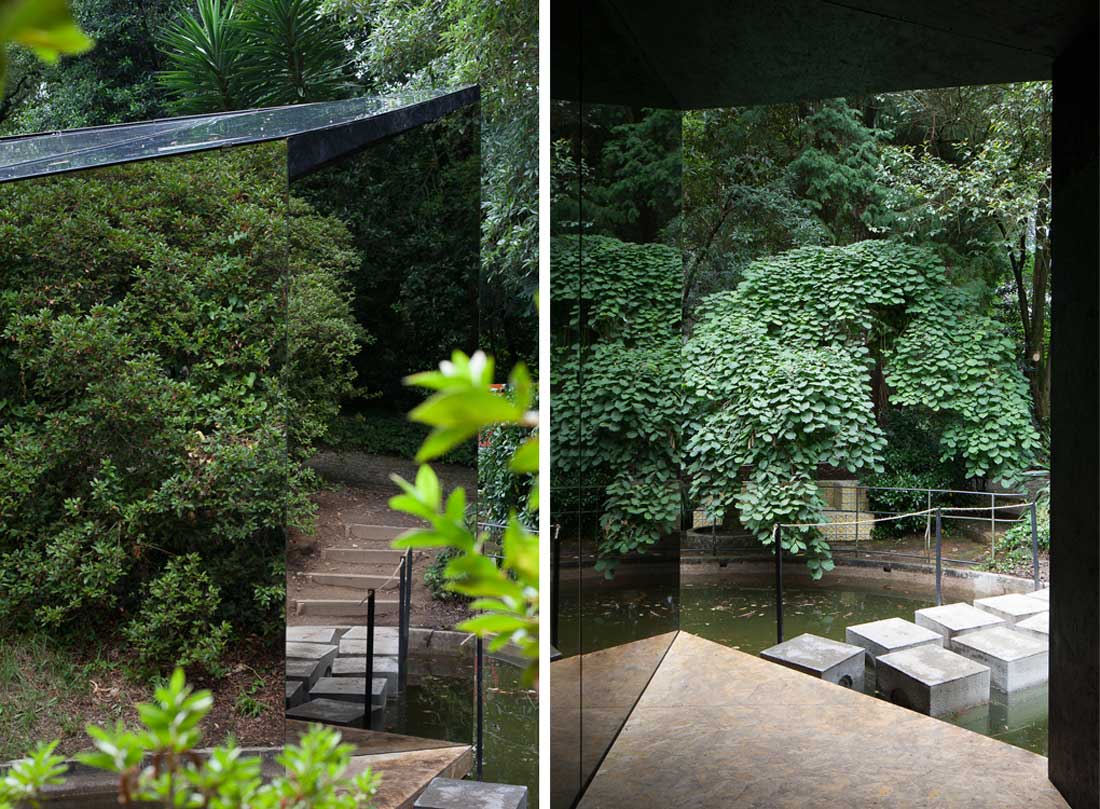 The pavilion is filled with colour, light and echoes, “camouflaging itself” in its host environment. Finally, in addition to its relationship with the museum and the park, it also establishes a bridge with the artwork that it harbours. It does so through its location and the relationship that it obliges the visitor to establish with the water. However, the pavilion’s interior is sufficiently neutral to create a space where the video projected inside can be discover. 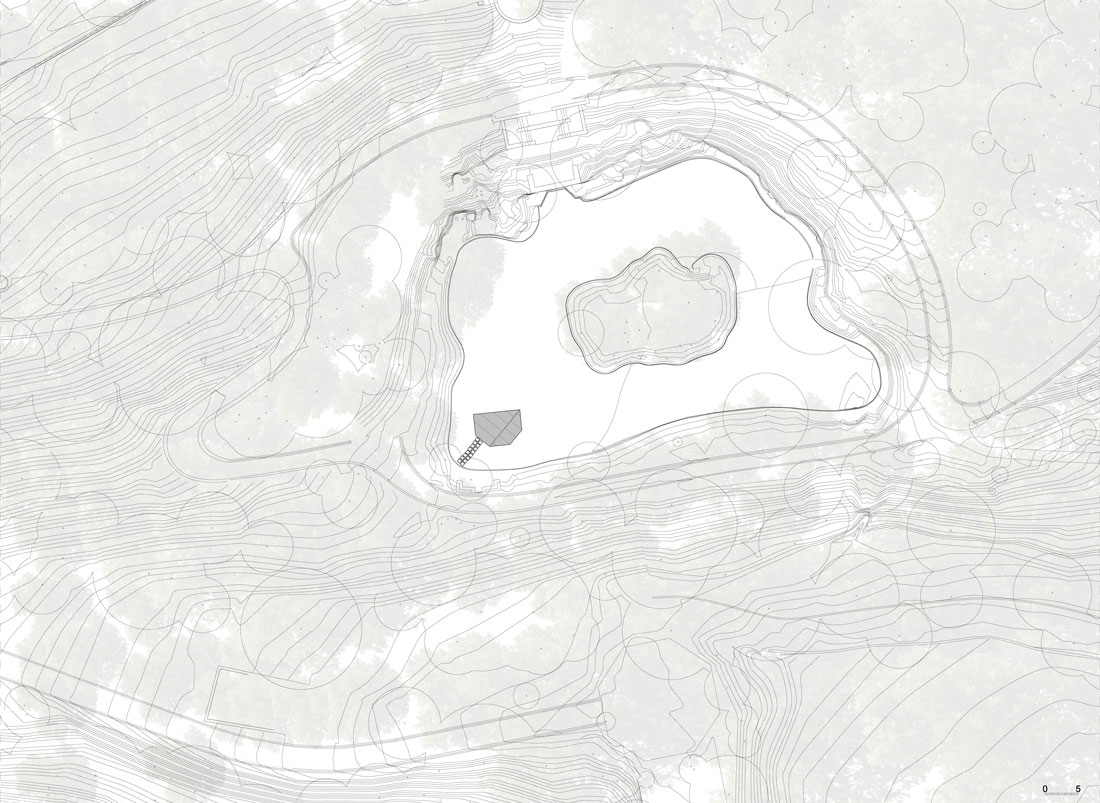 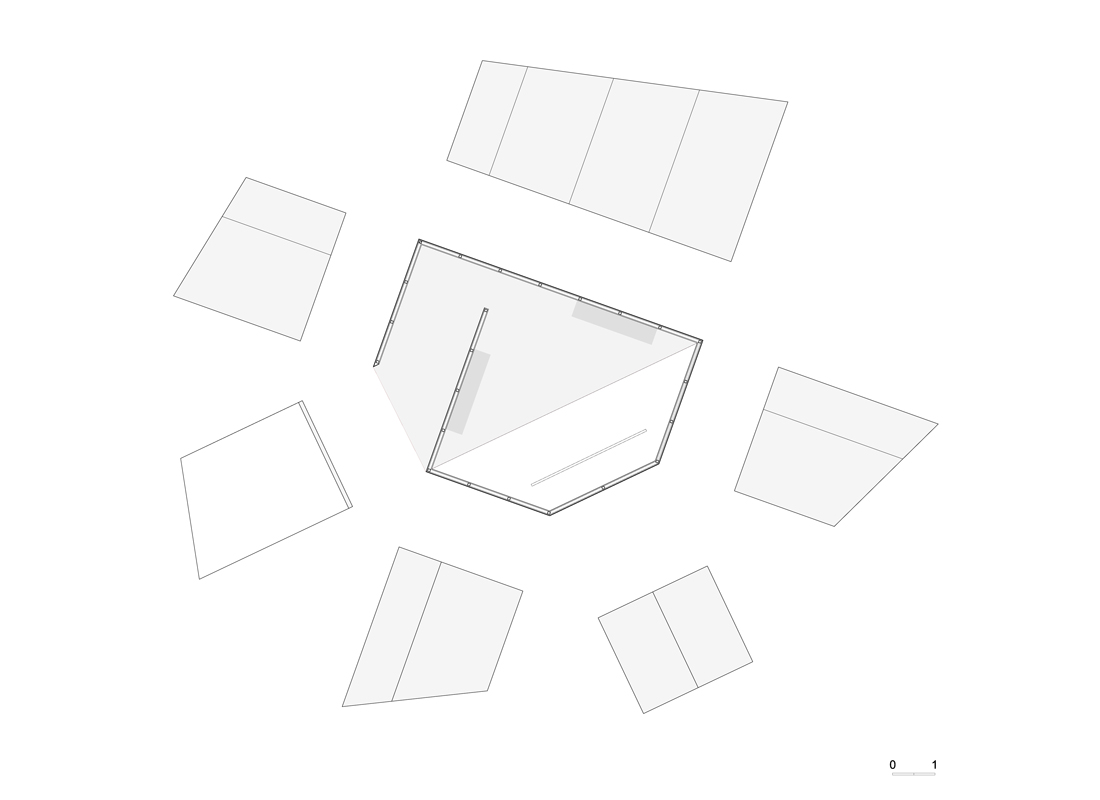