An archaeological museum must find the delicate balance between heritage conservation of the material on display and its exhibition to the public. A site museum, like the Paracas museum, is faced with the additional challenge of having to be integrated into the landscape that was the birthplace of this culture, and which is now part of the most important biological and landscape reserves in the Peruvian coastal desert. 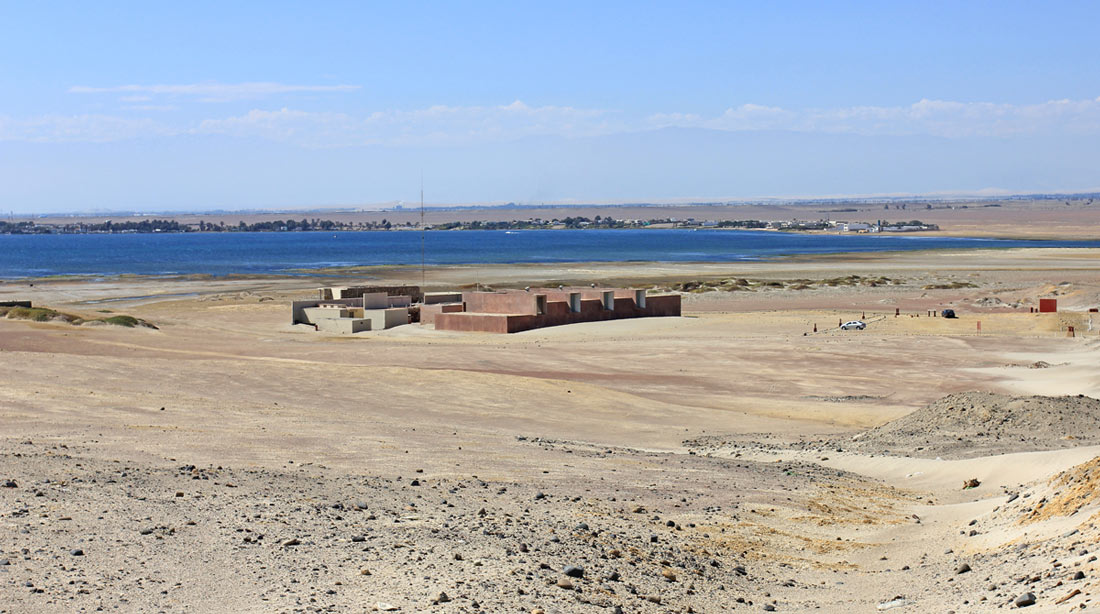 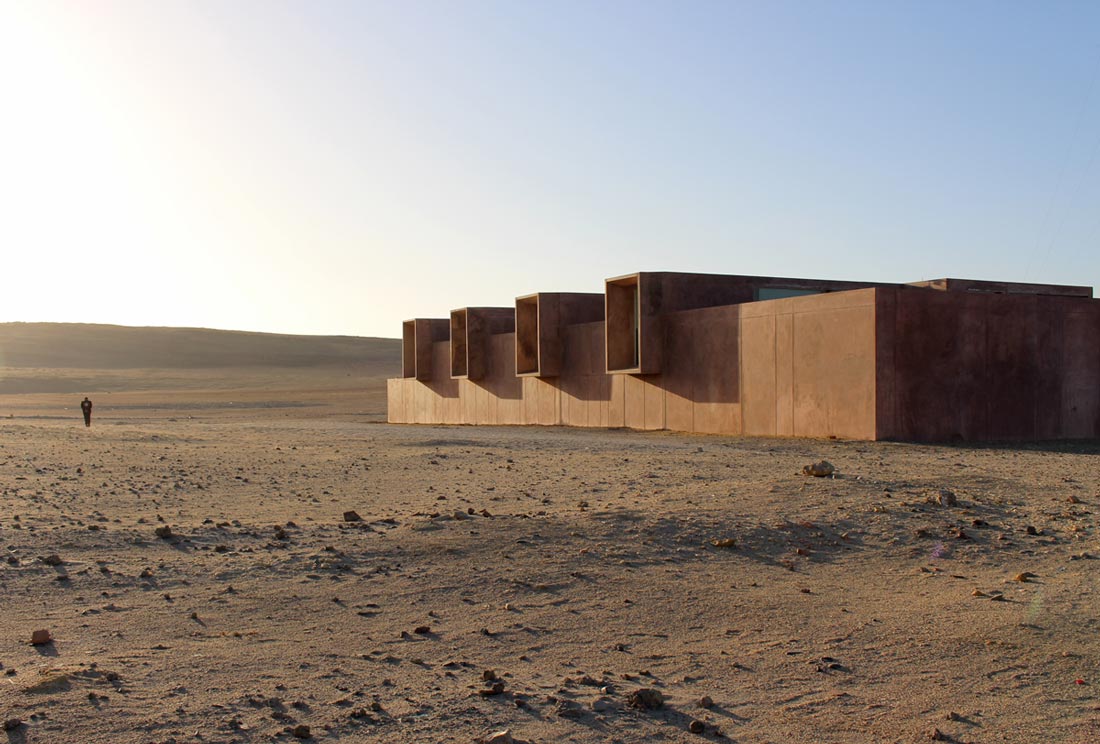 The project is implemented practically on the ruins of what was its predecessor, destroyed by an earthquake in 2006. It adopts its rectangular geometry and compactness. A crack or fault line breaks up this volume, separating the functions of the museum dedicated to dissemination – such as workshops, meeting rooms and services – from the museum spaces and archives dedicated to the conservation of archaeological heritage. The access to the different spaces of the museum is channeled through these “cracks”, open spaces that frame portions of the landscape and create the privacy necessary for life in the vast desert. 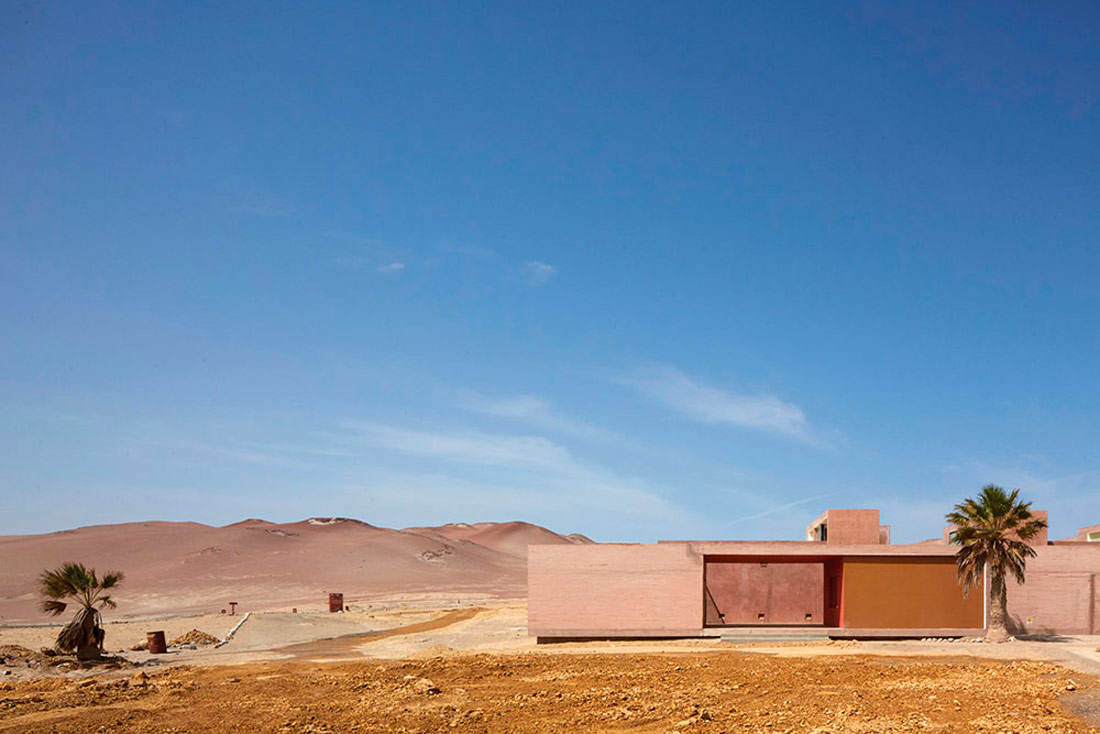 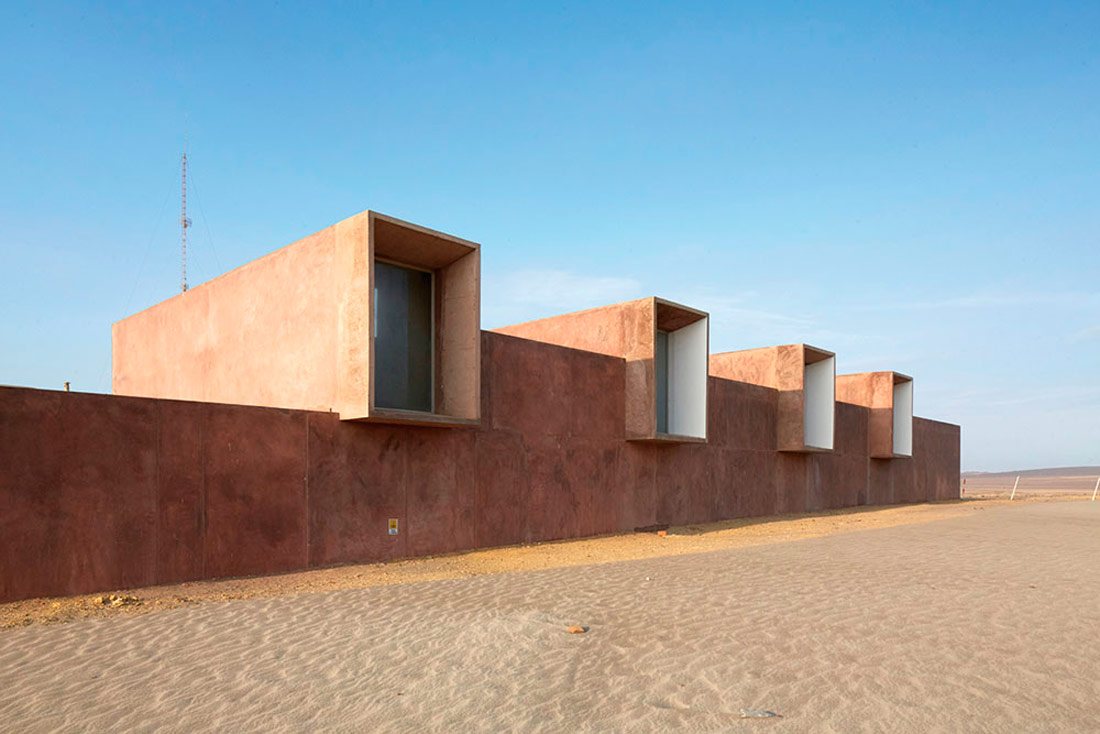 Inside the museum, a seemingly contradictory hybridization is explored between the labyrinthine spatiality and spiral layouts used by the ancient Peruvians and contemporary spatiality, which is smooth and transparent. 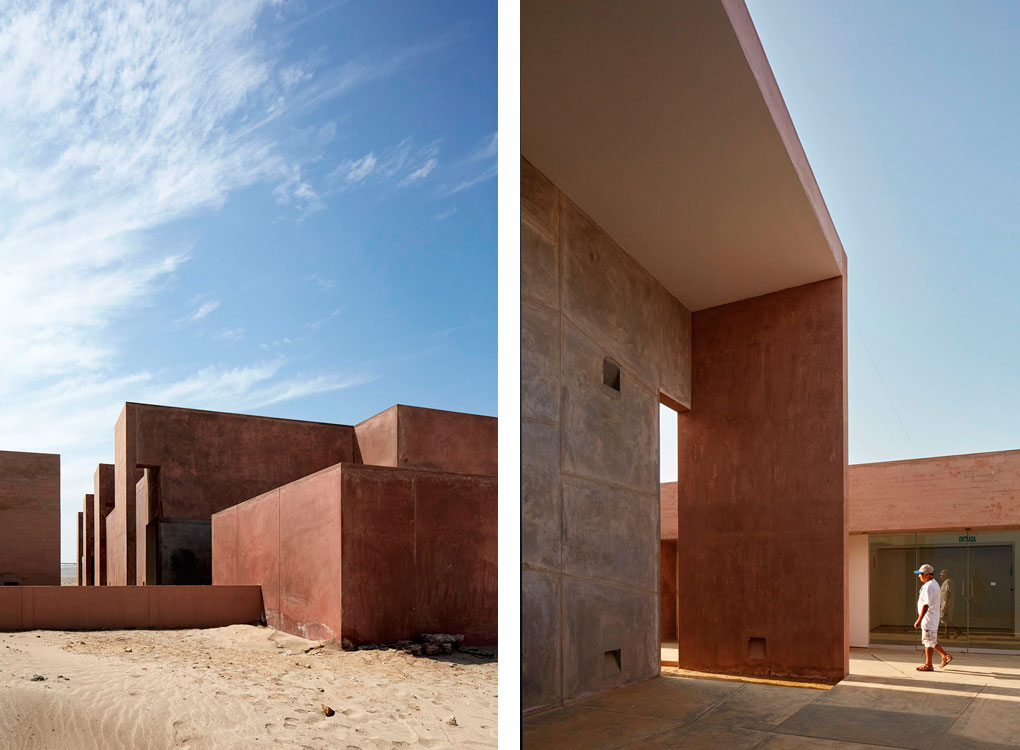 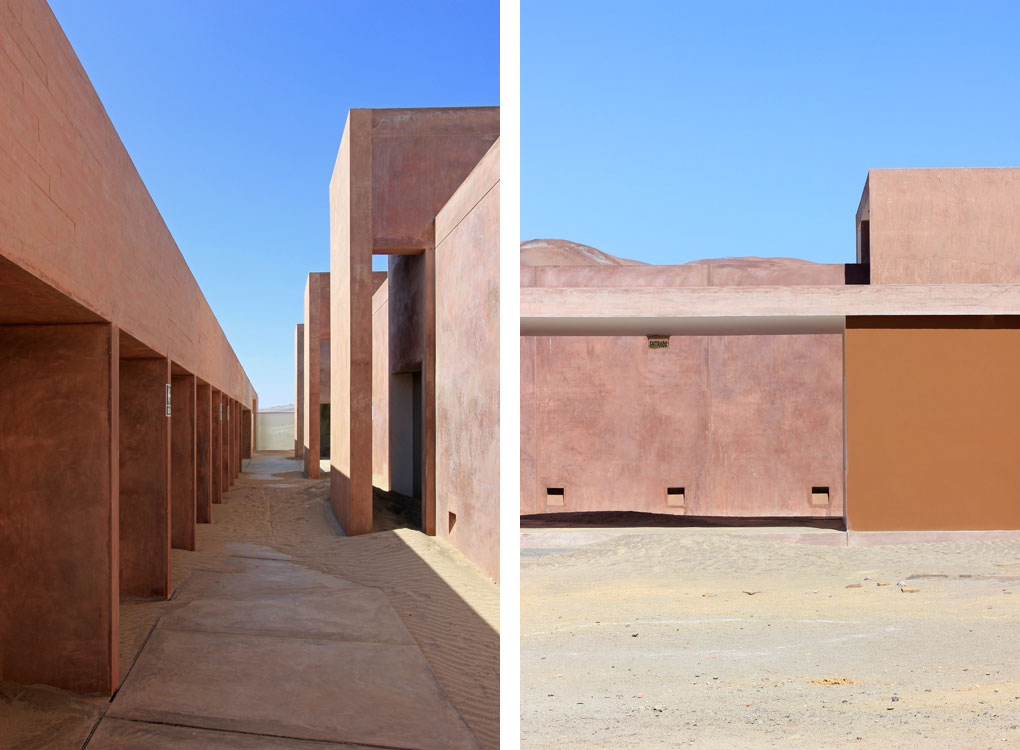 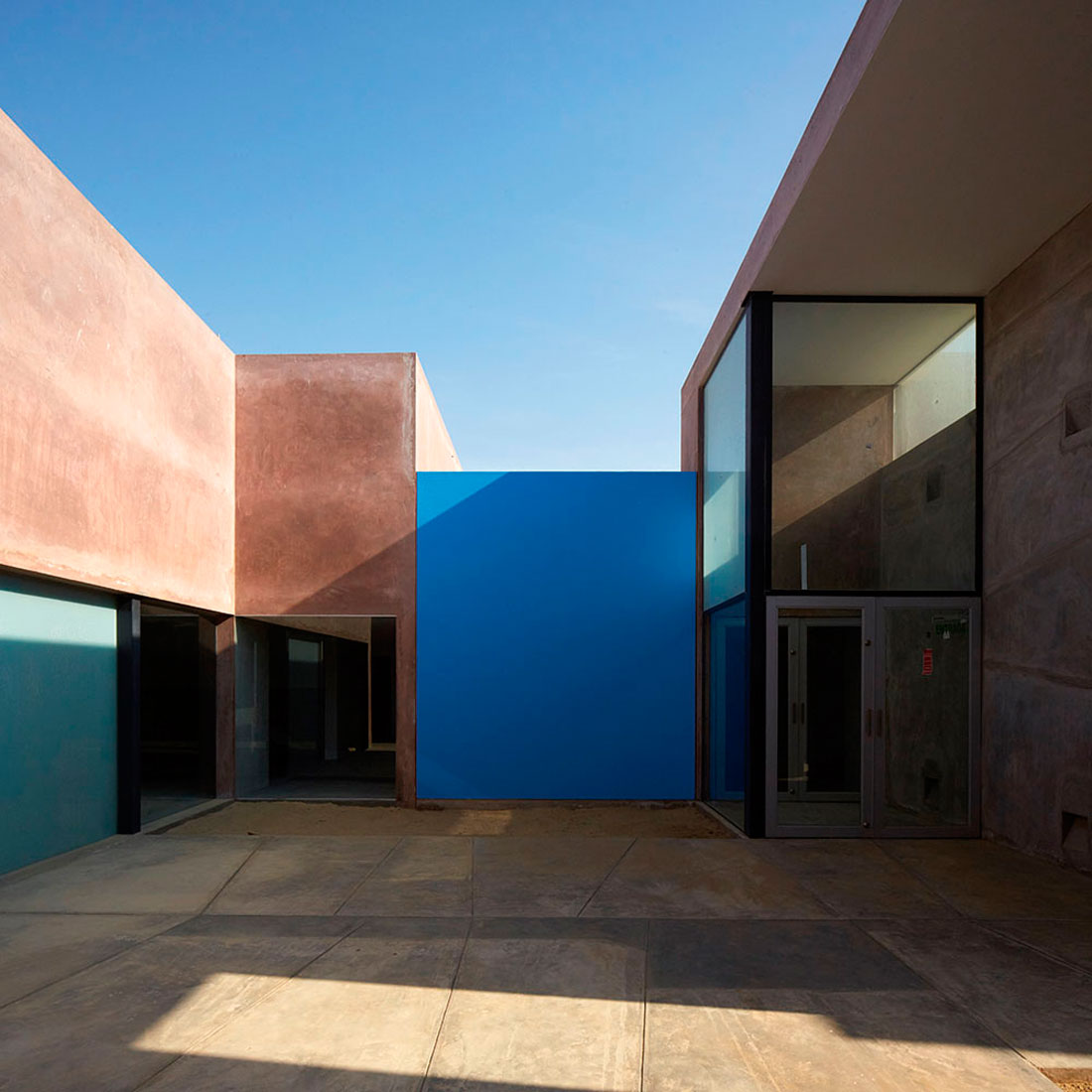 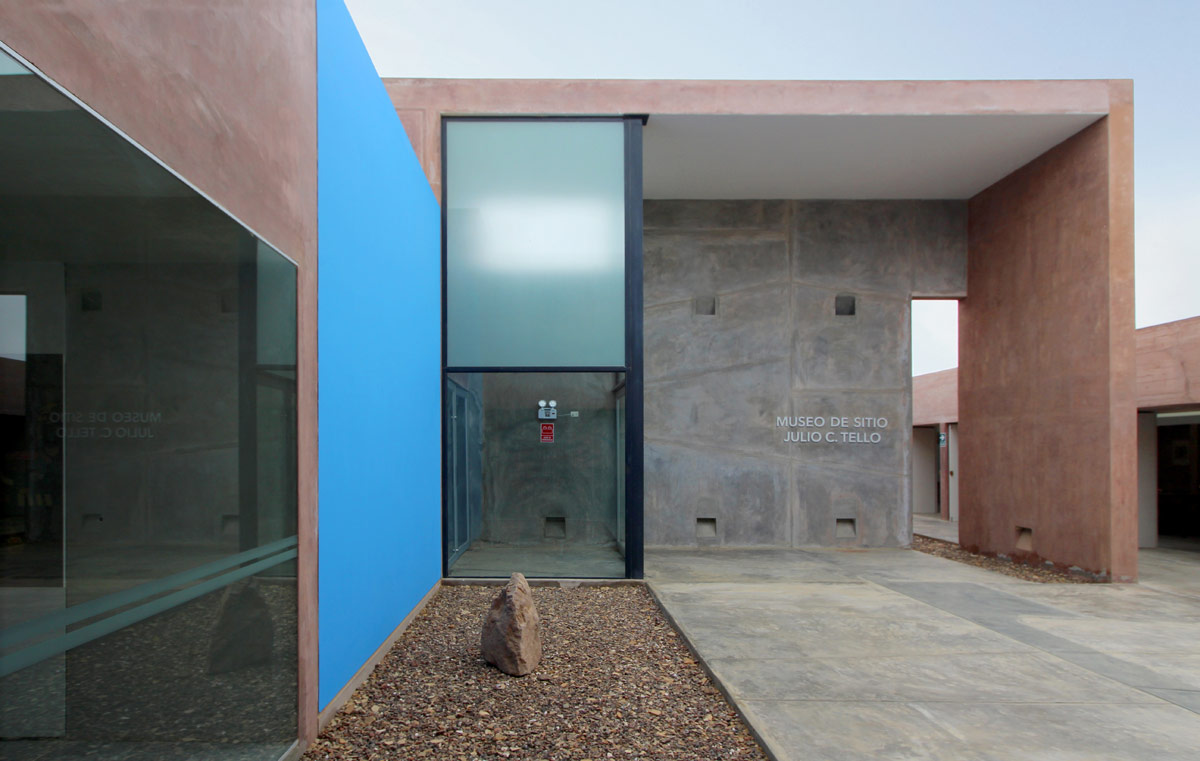 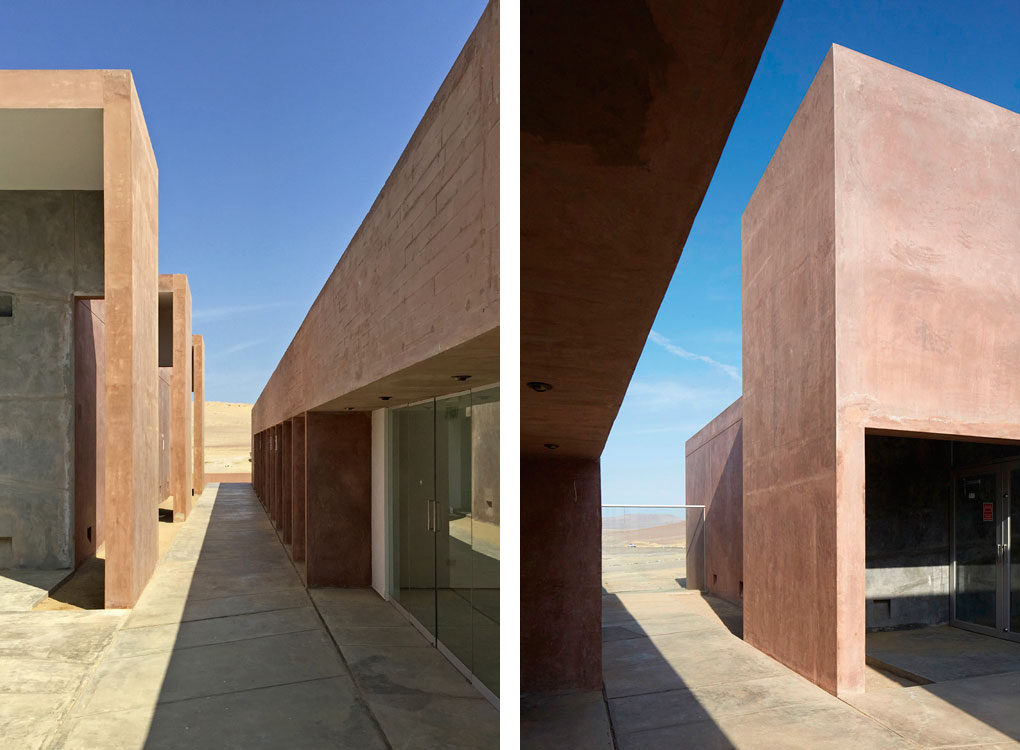 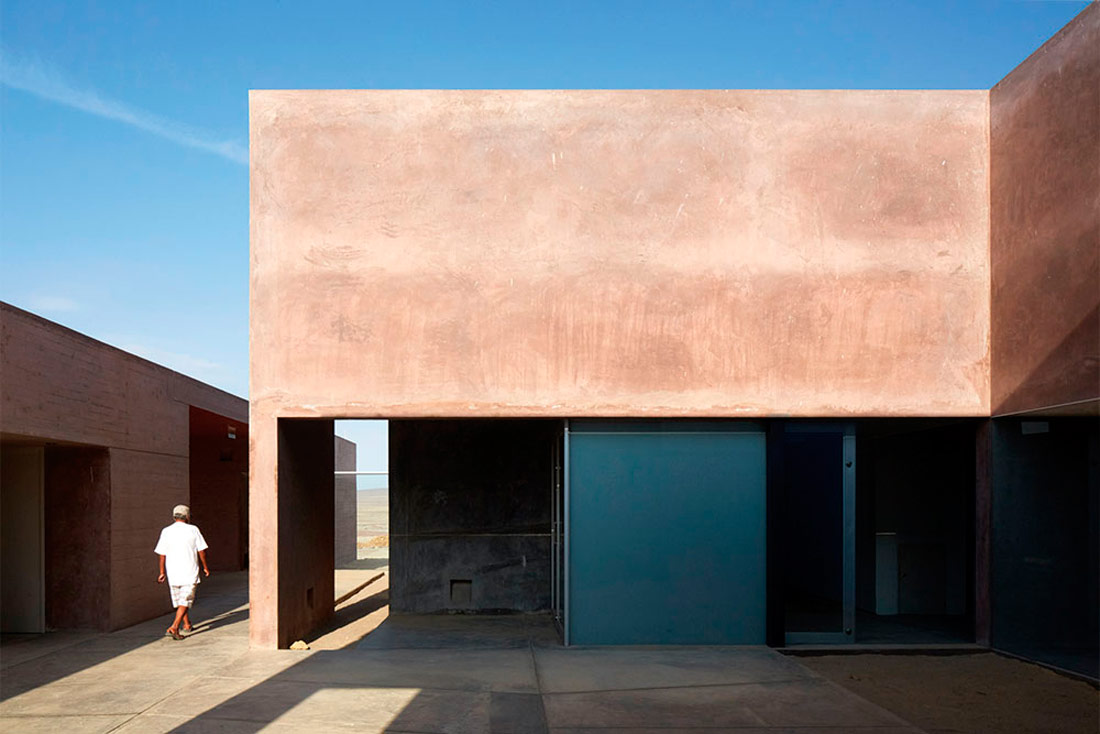 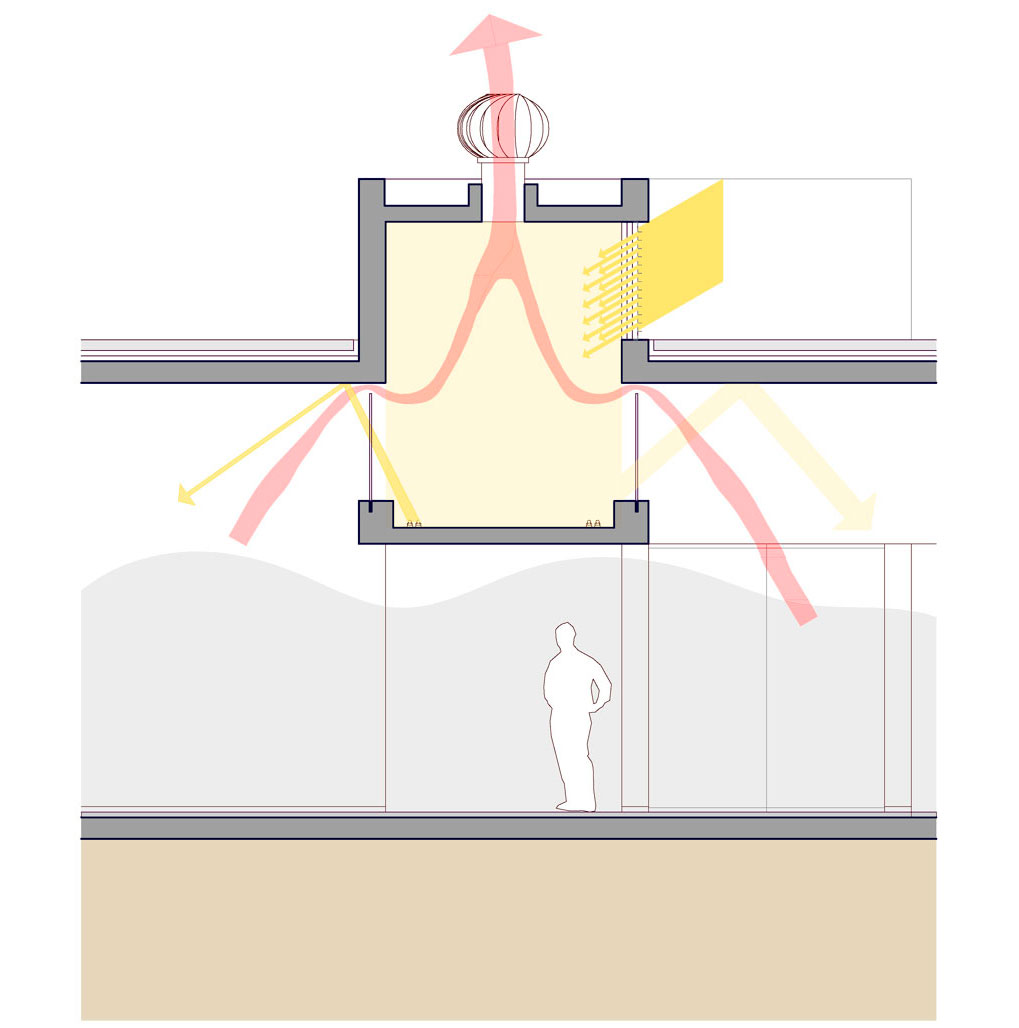 The environmental demands of the Paracas Desert and the museological requirements of the collection are resolved through the use of an “environmental correction device”, which defines the architectural and museum design. The device consists of a continuous lamp, under which the transition spaces between exhibition halls, or circulation spaces, are located according to their needs and their position in the project. This device allows for controlling natural light, artificial light, natural ventilation and cooling in the different environments. Its geometry reinterprets the series and gaps characteristic of Paracas textiles, which were the culture’s most outstanding technological and artistic expressions. 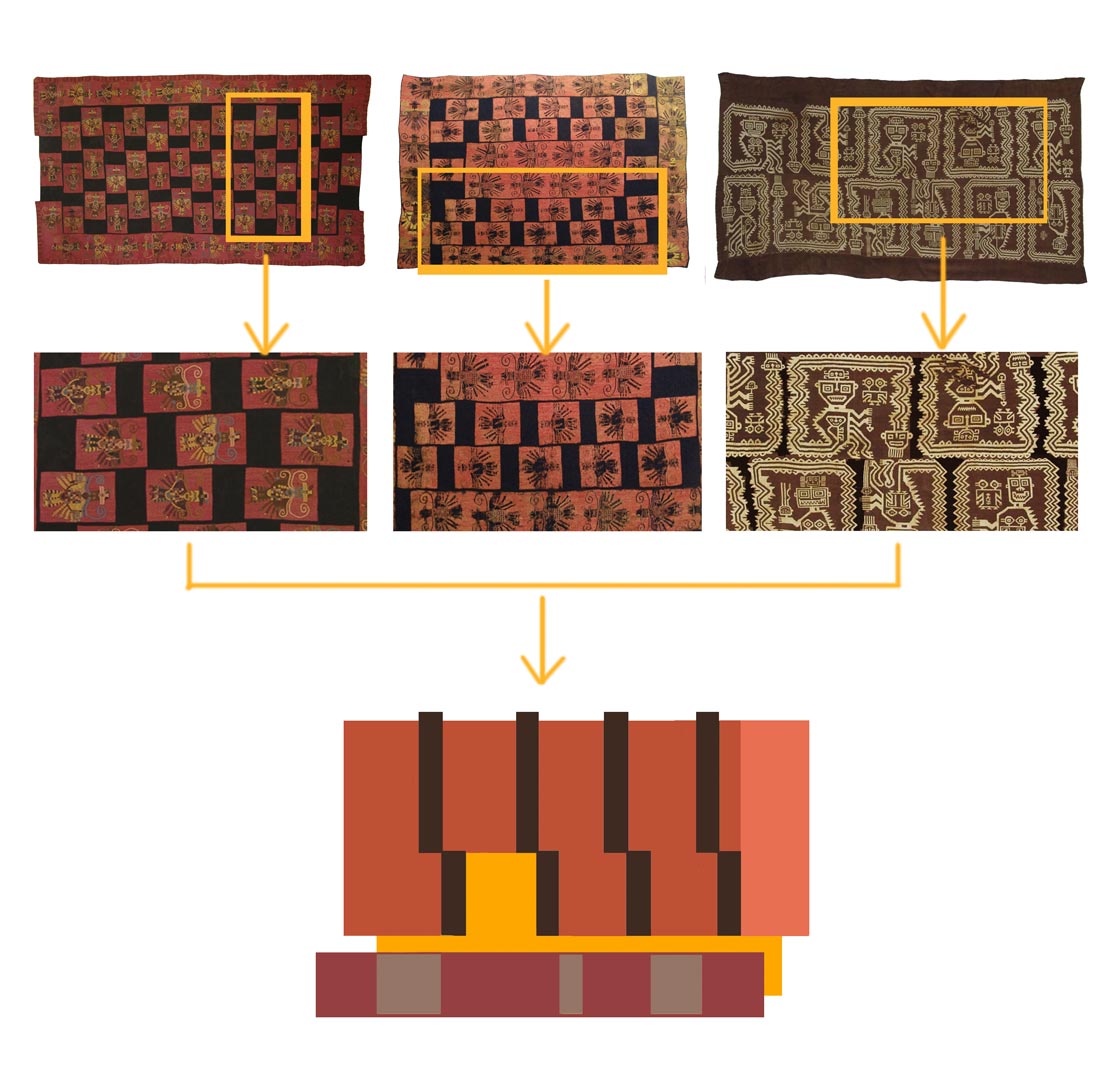 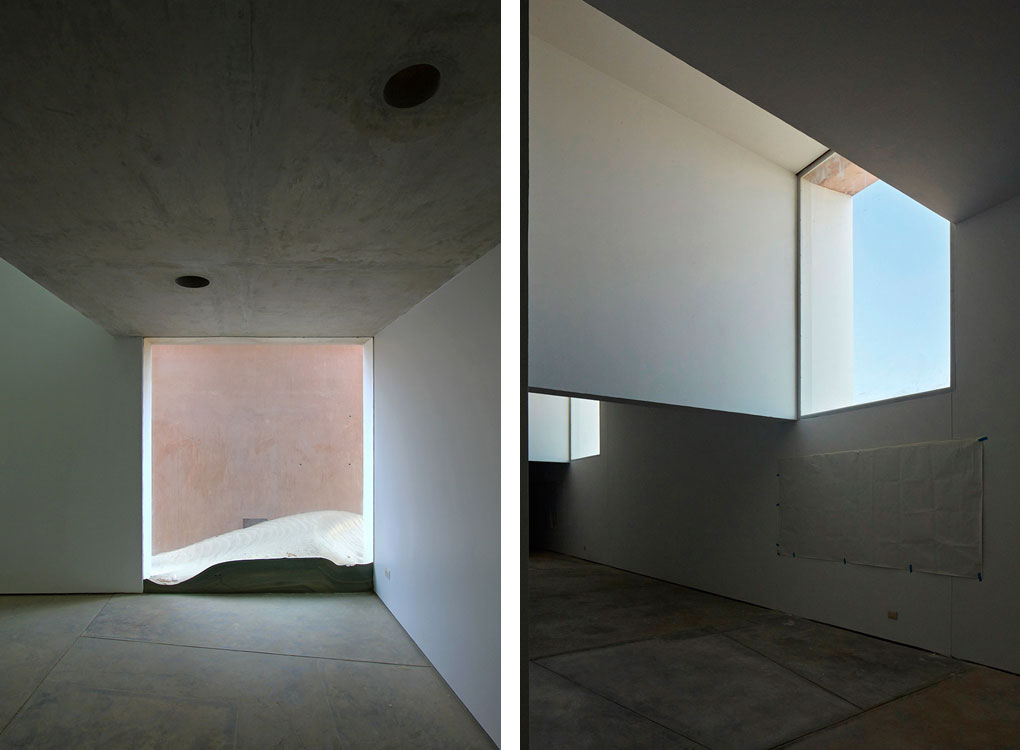 The building is constructed entirely with pozzolan cement, resistant to the desert’s salty residue. The exposed concrete and polished cement that constitute its materiality acquire a natural reddish color that blends with the neighboring hills. 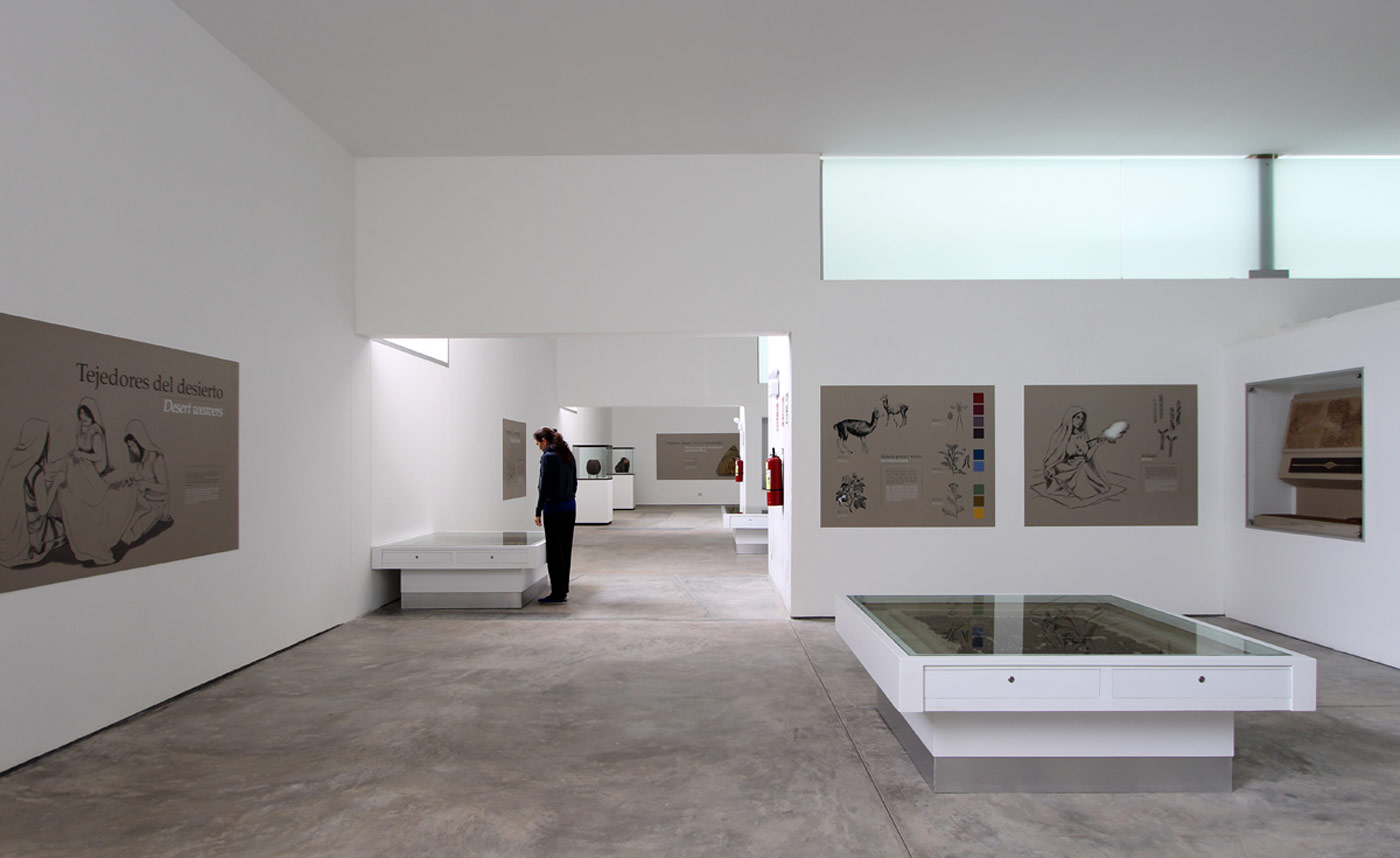 The patina left by builders on the polished concrete that surrounds the museum rooms gives the material a ceramic look that resembles the pre-Columbian ceramics (huacos) that are on exhibit inside. 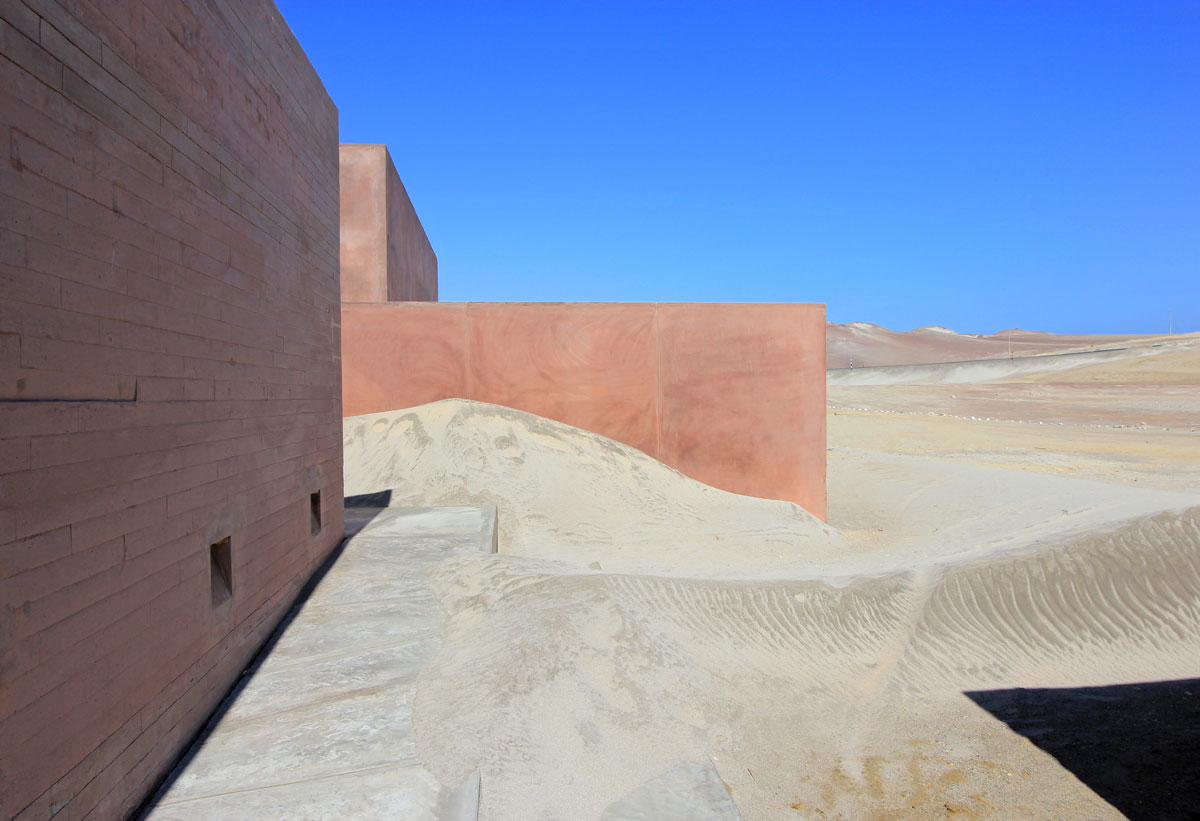