Nordhavn: a New City from an Industrial Past

From a harbour area with free port status to a city with independent neighbourhoods, islets and canals. Nordhavn (The North Harbour) is currently being transformed into a new city district in Copenhagen by COBE, Sleth, Polyform and Rambøll. 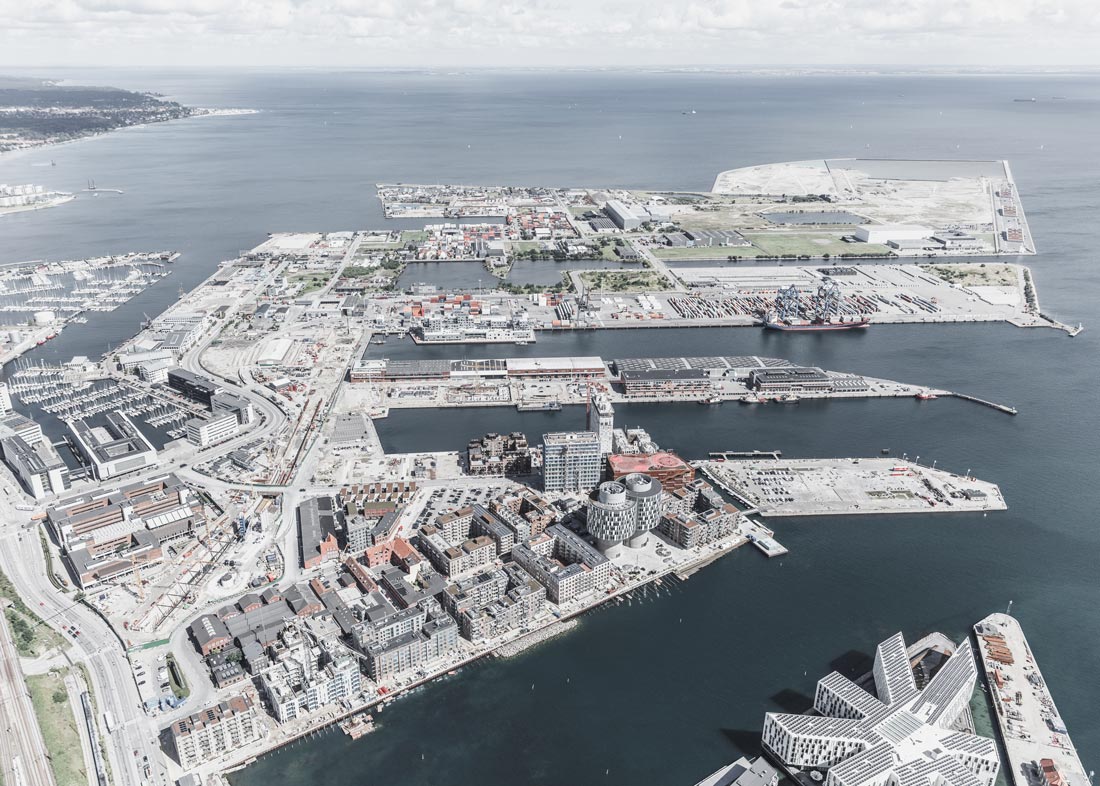 Located only 4 km from the city centre of Copenhagen, Nordhavn is the largest metropolitan de­velopment project in Scandinavia for the years to come. With its easy access to the city’s core in­frastructure and direct access to the water, Nordhavn is likely to become a unique city district in Copenhagen. The new district will be developed over the next 40-50 years. When fully developed, the site will feature buildings with a total floor area of up to 4 million m2, providing living space for 40,000 inhabitants and workspace for another 40,000 inhabitants. Located on the Øresund coast, the district will offer direct access to the sea, as well as a multitude of recreational urban spaces and public facilities. 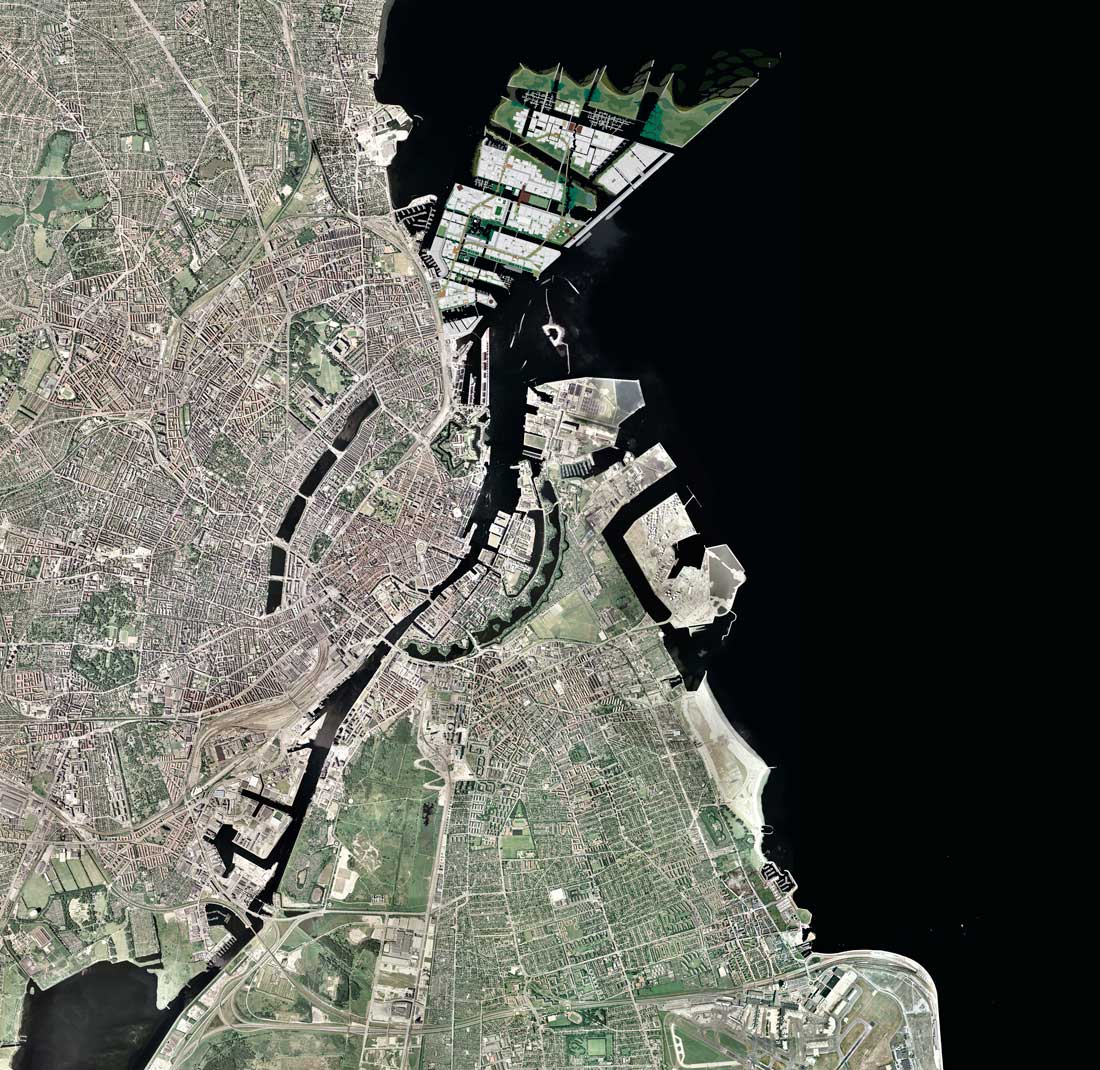 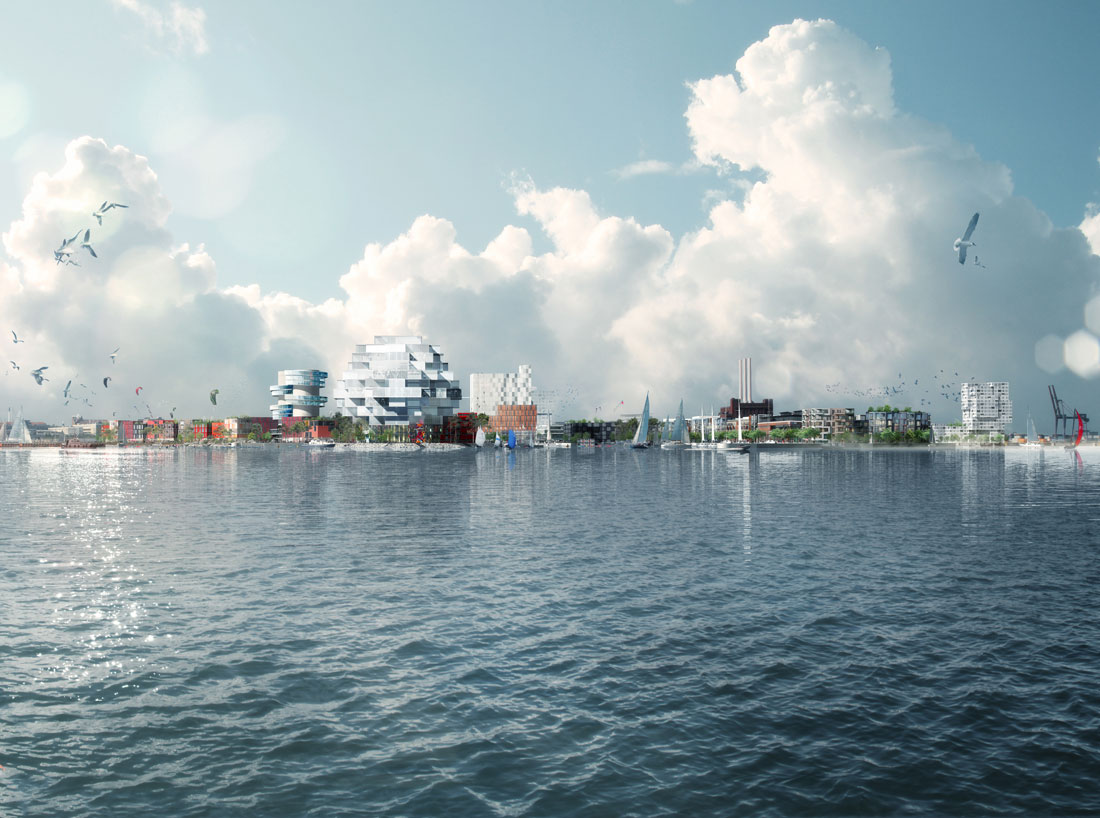 Nordhavn will be a district of small islets close to the waterfront and a diverse, mixed city with room for everyone. As an urban development project, Nordhavn spearheads efforts to improve climate conditions and show how cities can help to improve climate conditions without losing out on quality of life, welfare and democracy. The planning of the new city development began in 2008 as an international competition organized by CPH City & Port Development. The very first step of the development plan is the realization of the Inner Harbour, Aarhusgadekvarte­ret, currently under way. 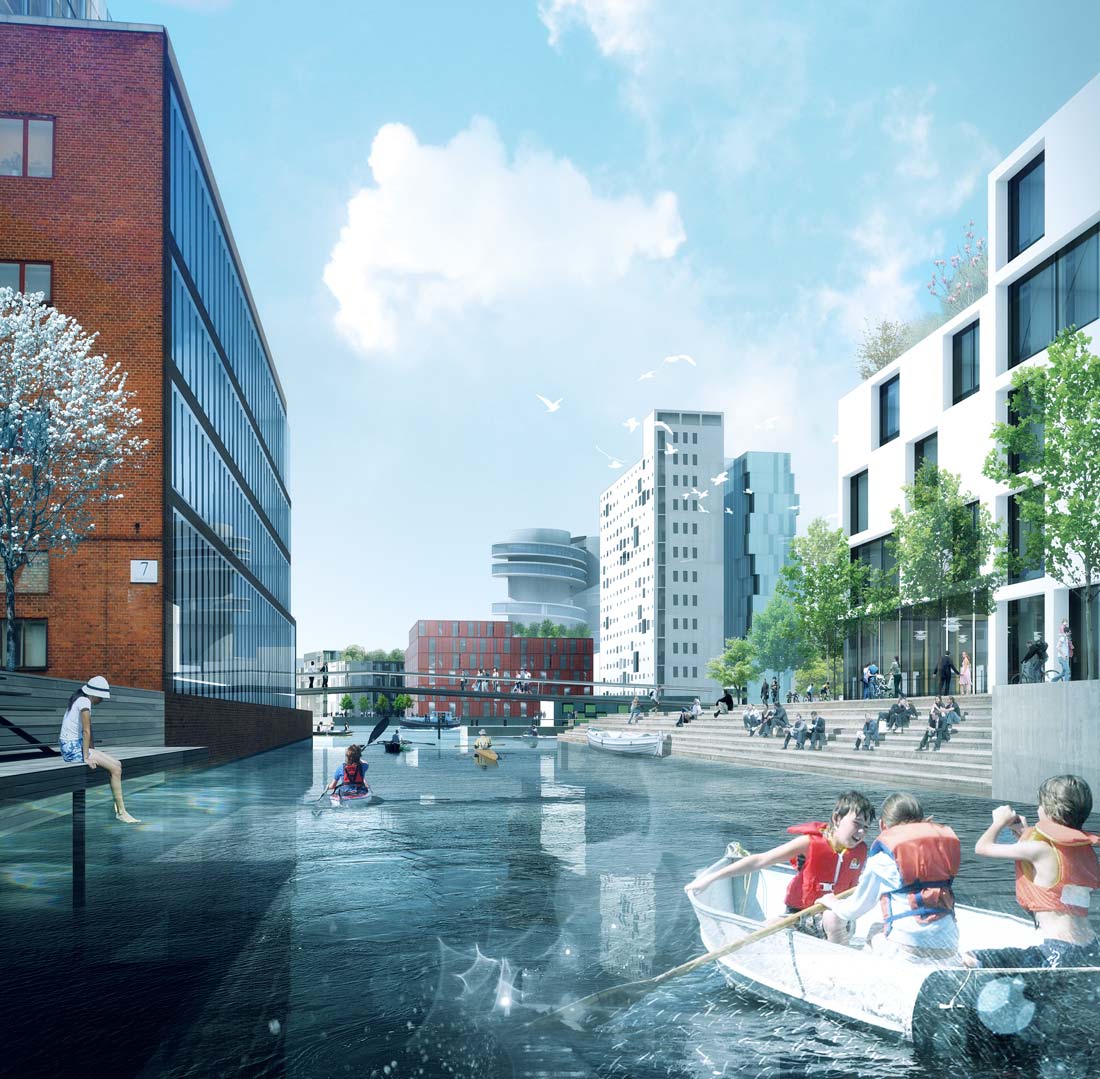