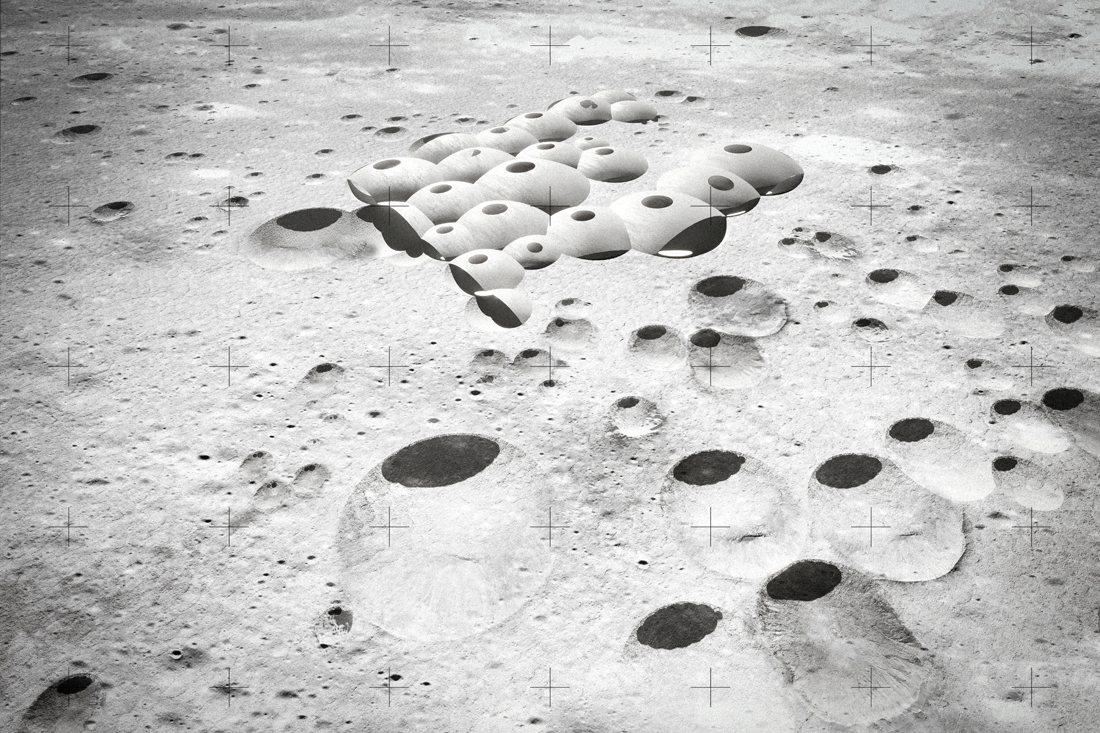 The moon is pure landscape, maybe the only unmodified landscape that the humankind shares from its origin: we see the same moon that the first humans saw.

Above all, a project for the moon should be a landscape project that can establish a dialogue with its perpetual condition.

The most prominent feature of its landscape is the monochrome color of its surface and the thousands of craters of diverse sizes that resulted from the impact of asteroids through time. 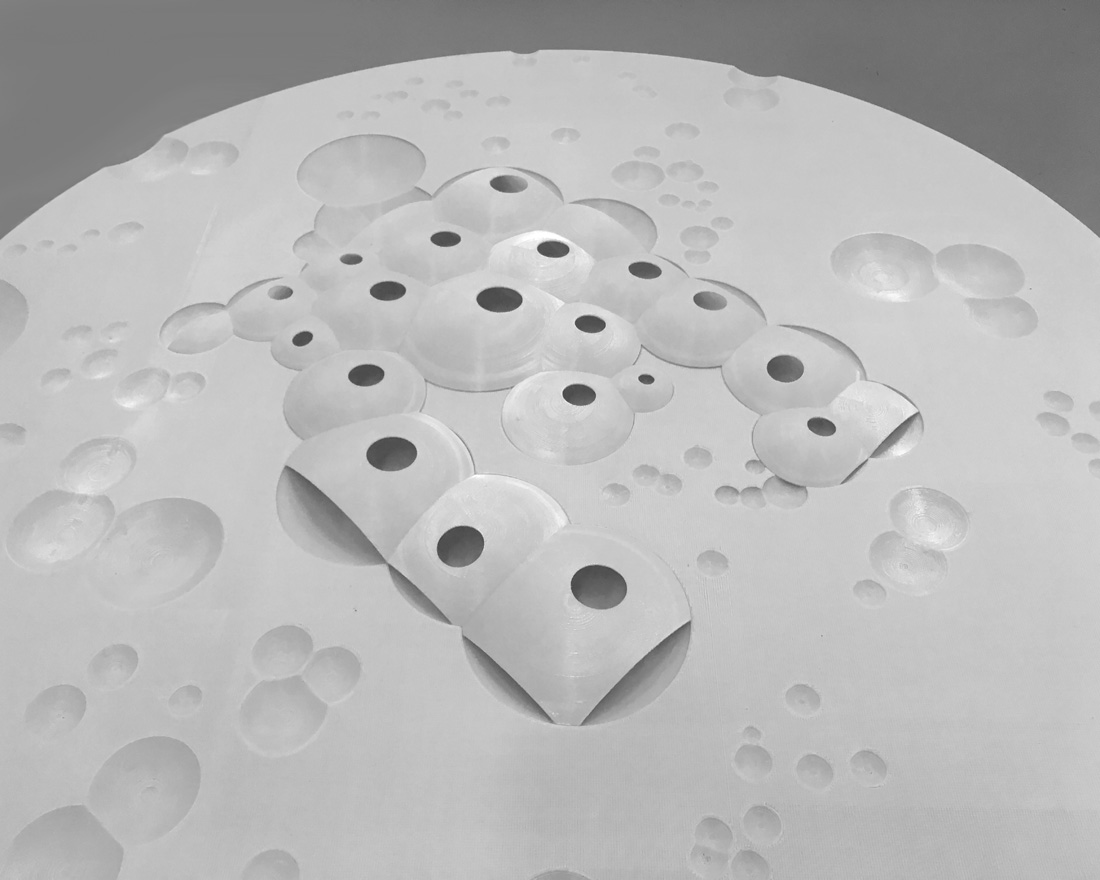 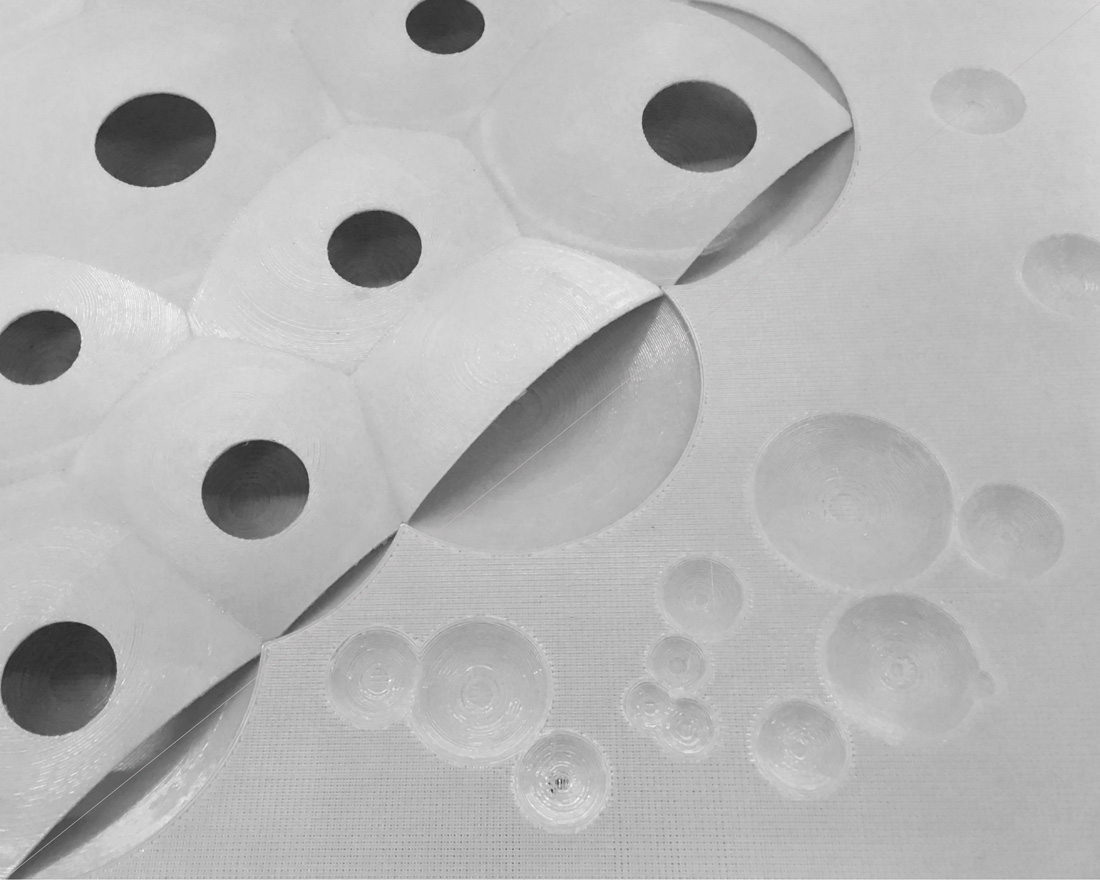 For any human intervention in this landscape, we propose to always use the same basic strategy: mirror the concave geometry of a crater to create convex and light domes above them (taking advantage of low gravity of the moon) that define the interior and protected spaces. Seen from above, their shade will be similar to that of the original craters, only inverted. The building material will be lunar soil, obtained from contouring the bottom of the craters, which will also guarantee that the domes have the same color as the moon surface. With 3D printing technologies the lunar dust will be layered horizontally in a series of circles that gradually reduce their radius and eventually complete the dome – or leave variable openings on the top according to specific necessities. 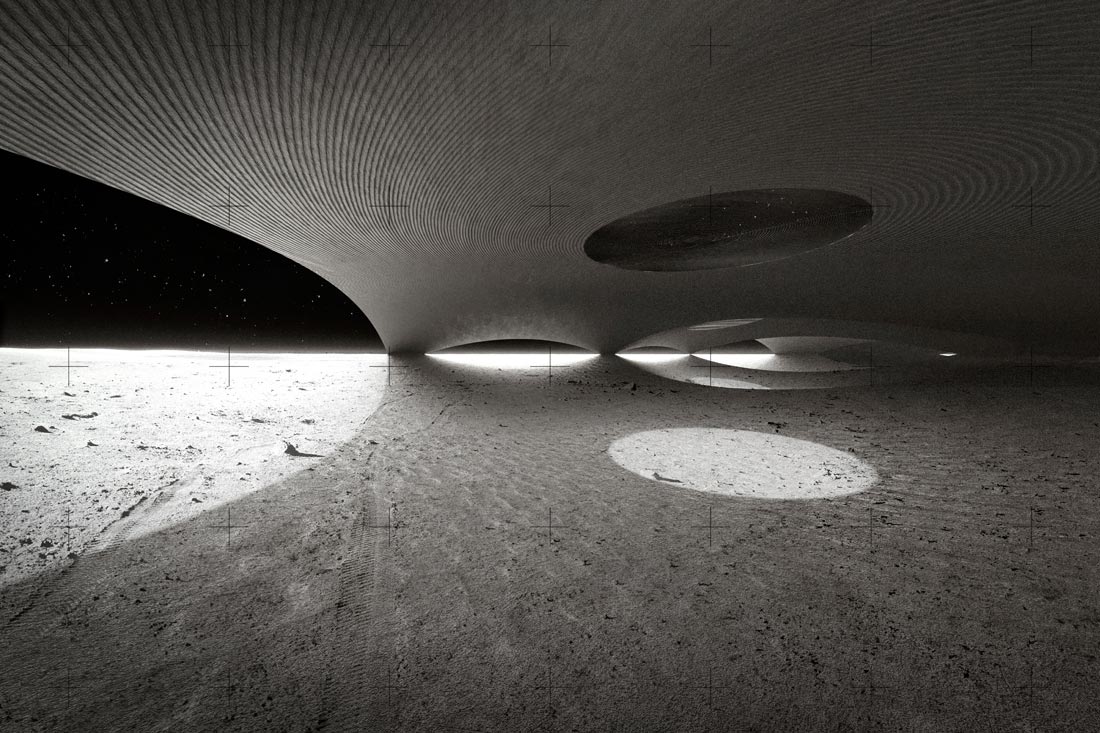 The project is an open system that associates natural craters and artificial domes, studying their sizes and configurations to generate opportunities for inhabitable spaces. The thorough topographical information available will help determine the best options for dome locations and groupings. Beneath them, the necessary technological infrastructures for human activities will be located.
Seen from above – from the Earth – the interventions will be barely noticeable. The moon will appear almost without changes. There will only be subtle anomalies: the shadows of some of the craters will be mirrored. 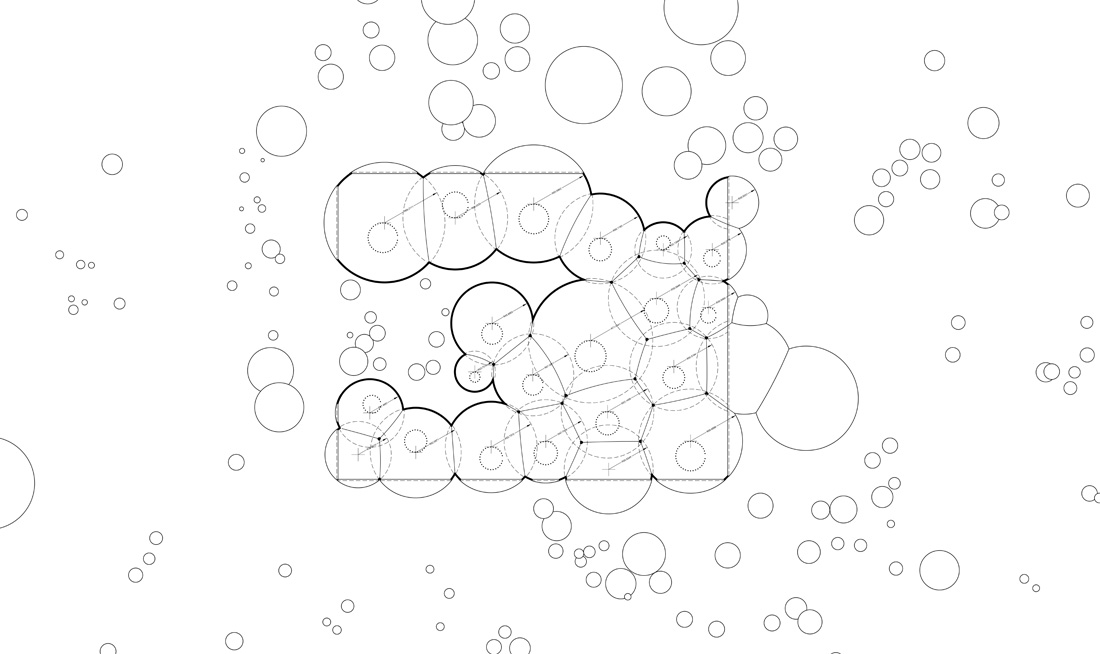