The ‘Llacuna’ project, carried out by students of the Degree in Design of ELISAVA and MEATS has won the diploma for the best transformed space of the Festival Llum BCN 2018, which has been held this past weekend in Barcelona. This is the second victory in a row after MEATS won the first LlumBCN17 award with the project ORBIS.

The jury highlighted its ability to “modify the space and its physical configuration from the use of light and lighting, and the ability to propose a new urban experience to the public based on the design of the project and its interaction with the site”. The project tutored by María de la Cámara and Gabriel Paré of cube.bz and the MEATS directors Roger Paez and Toni Montes, aimed to recall the swampy past of the Poblenou neighbourhood, generating the effect of dissolving urbanized soil with a dense layer of light that simulates a liquid and corporeal surface. 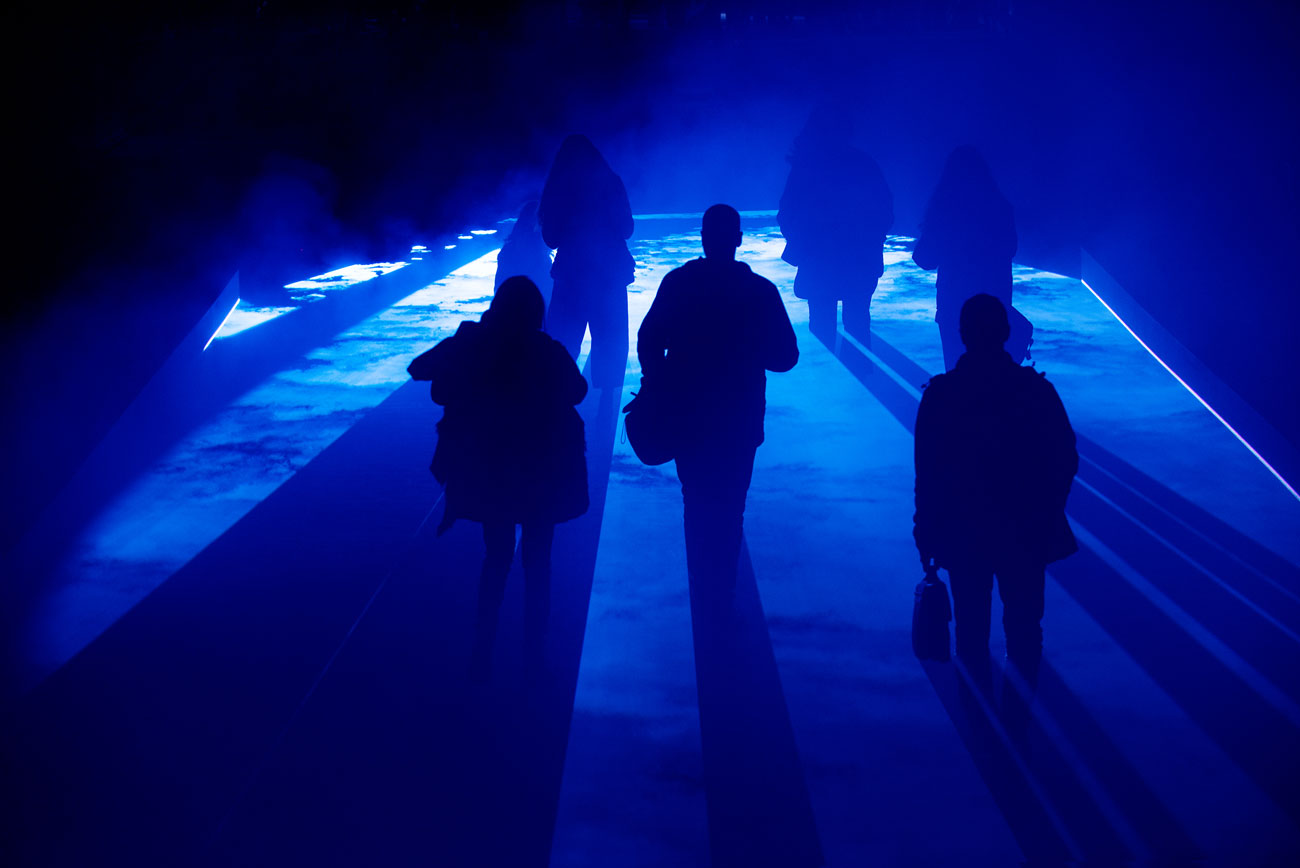 Located for the first time in the neighbourhood of Poblenou, the seventh edition of Llum BCN, with more than 170,000 visitors, has been “the most ambitious so far” according to the Culture Institute of Barcelona. The initiative has had 35 participants (including artists, companies and schools) that have presented up to almost fifty different light stagings. 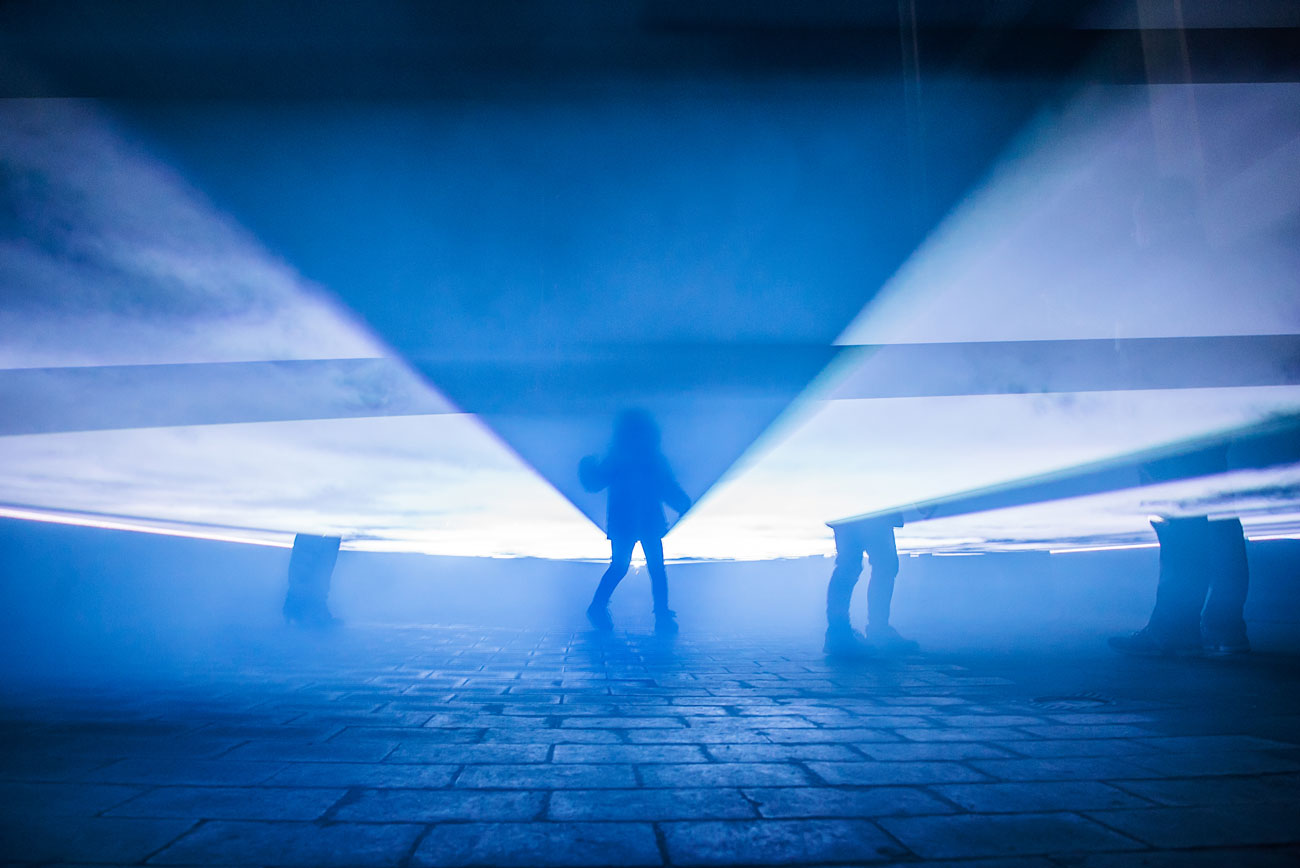 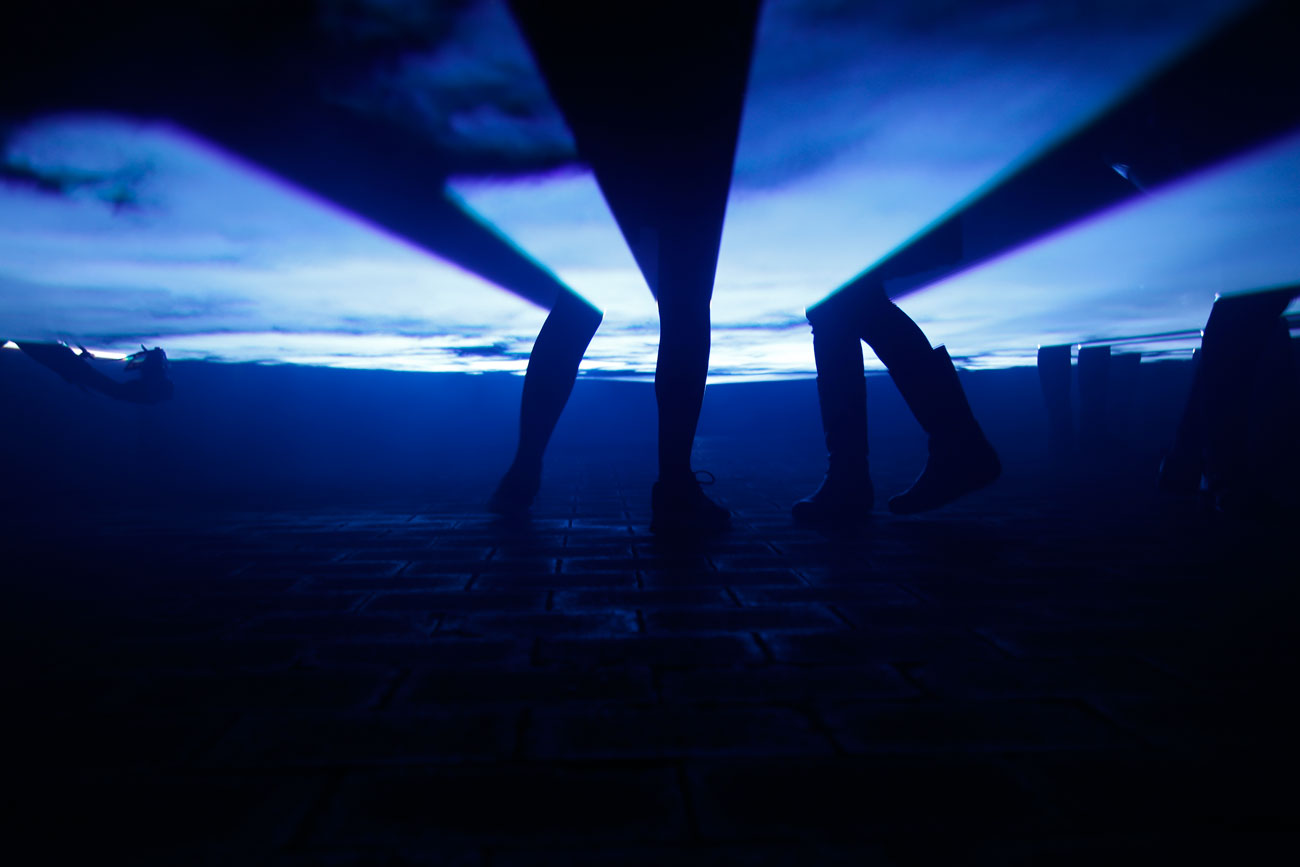 The physical space we occupy today was once a marshland, typical for areas near the outlets of rivers: in our case, the Besòs River. Place names like Llacuna [swamp] or Joncar [reed bed] remind us of Poblenou’s origins as a marshland, which inspired the concept for our design.

Based on an exploration of the inherent possibilities of light, the installation is intended as an homage to the past, using light to recreate the mysterious sensations of a swamp, as it reemerges temporarily in today’s urban surroundings. 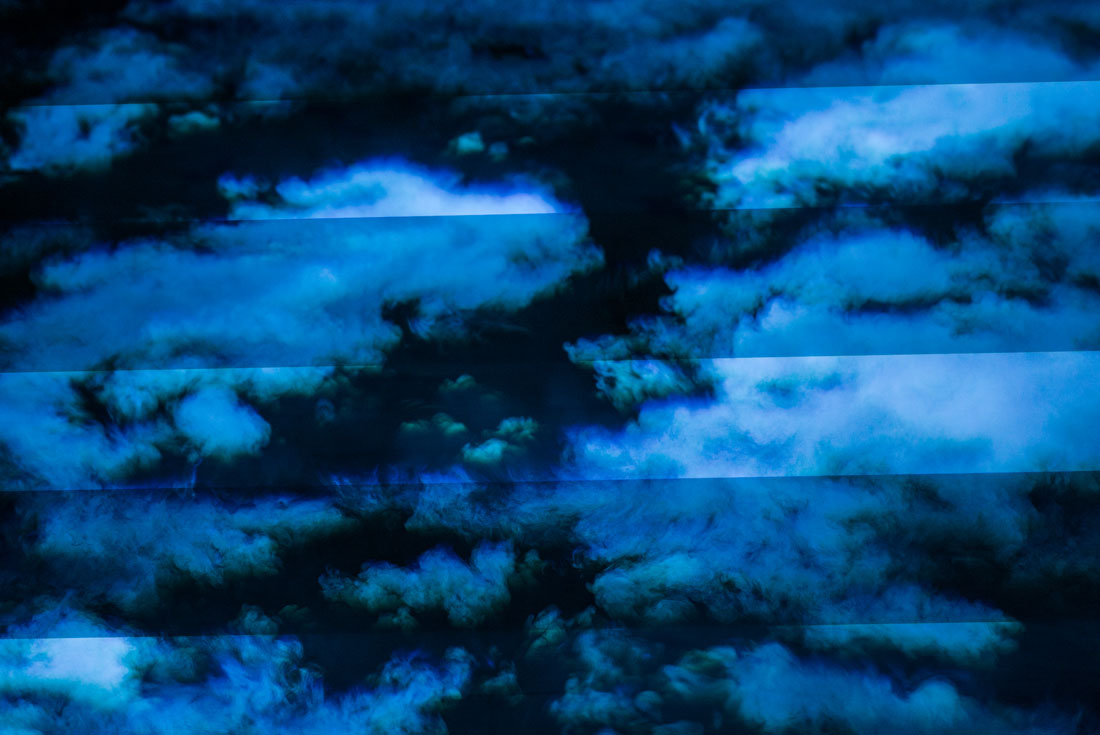 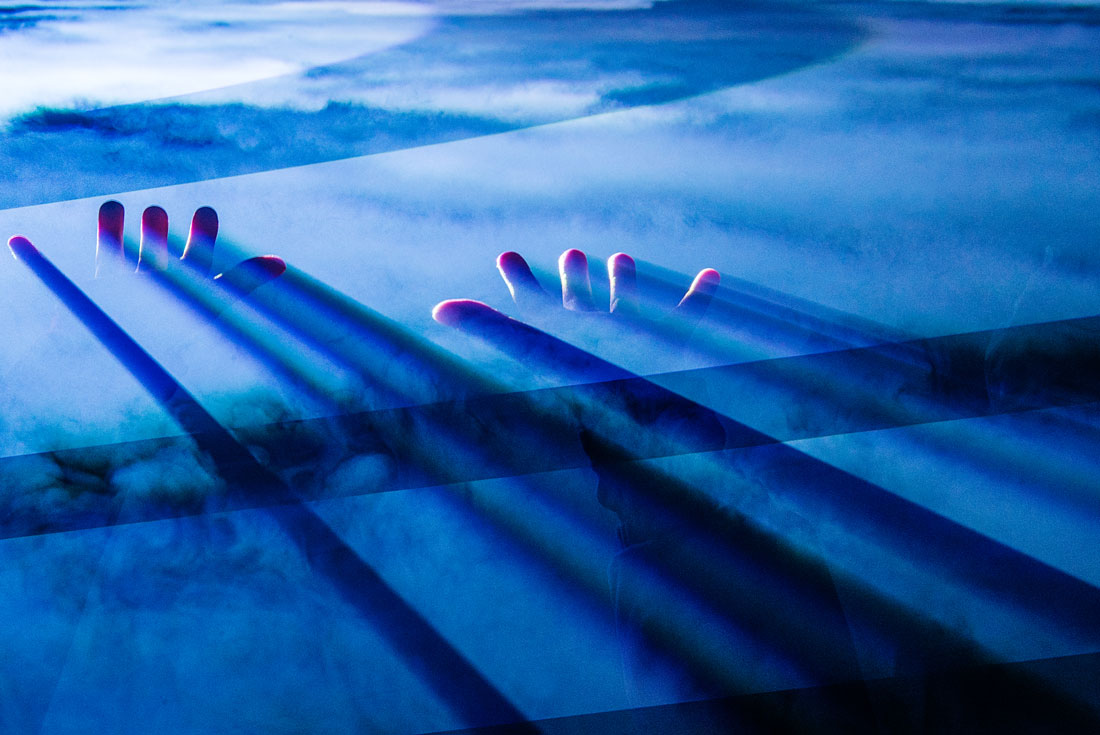 Amid the modern office buildings and refurbished industrial warehouses, the aim is to immerse active visitors into a plane of light that evokes a primordial swamp. The desired effect is to erase the urbanized ground, creating a misty humid feeling characteristic of the swampland underneath. The focus of the installation is on the visitors; as they sink into the horizontal plane of light – like the stagnant waters of a swamp – it creates movement that transforms everyone’s sensory experience of the space. They generate shadows, which encourages other visitors to wade into the plane of light and discover the ambience of the swamplands, the origins of Barcelona’s district of Poblenou. 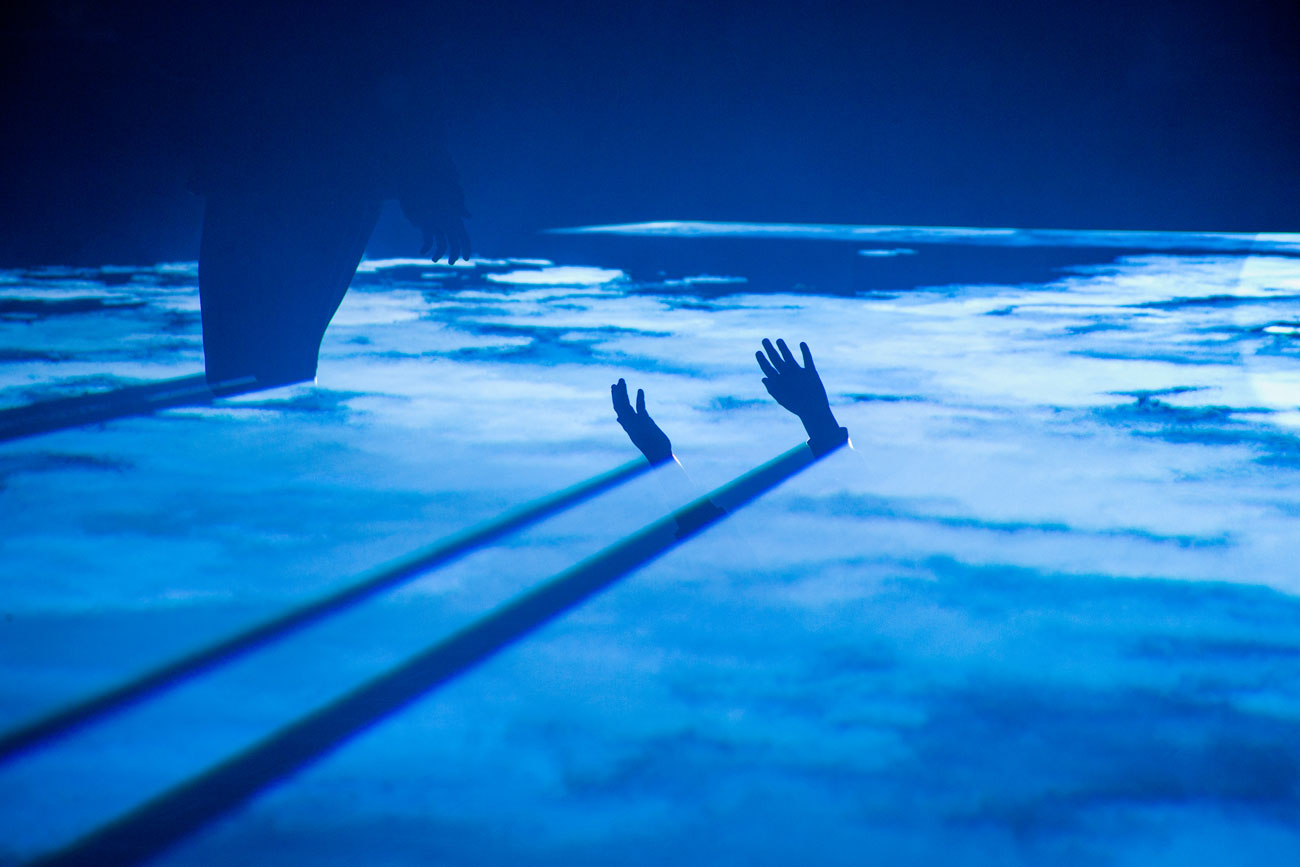