The project involved the restoration of part of the former army barracks, dedicated to horse breeding, at La Remunta in Hospitalet de Llobregat, Barcelona. In agreement with the City Council, part of the enclosure has been converted to a public park and sites earmarked for the development of housing blocks. All remaining buildings on the site are protected. 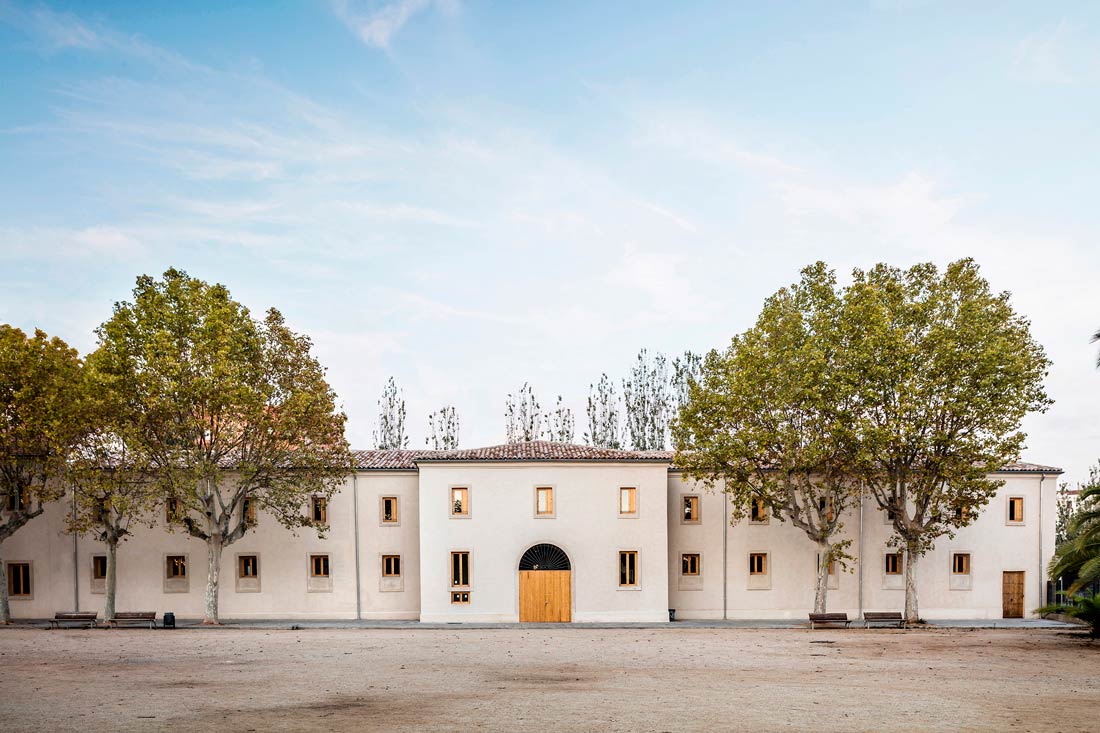 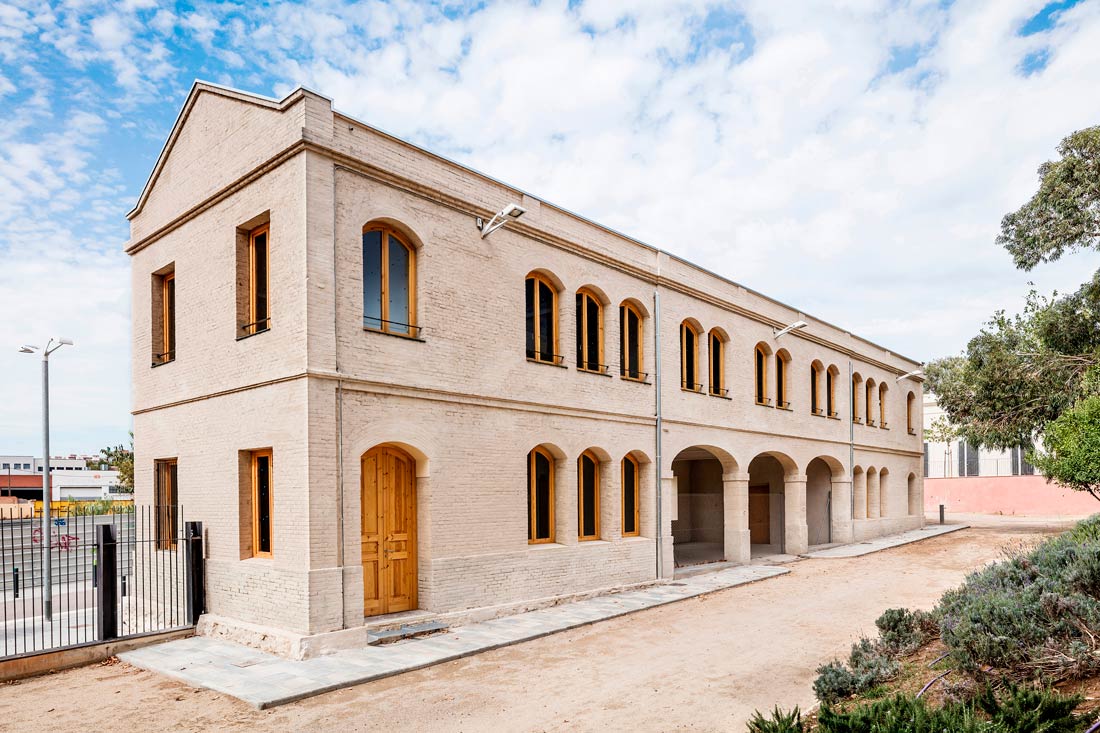 The old barracks consisted of six buildings, four of which were the subject of this project. Building 1 included stables and a soldier’s mess hall on the ground floor, and a dormitory for soldiers and officers on the first floor. Buildings 3 and 4 are single-storey constructions, used only for horses. Building 5 was an infirmary and laboratory. The two other buildings that were not part of this project. The old farmhouse and Building 2 will be developed separately as a nursery school.

The future use of the buildings is as yet unknown. The aim of project was to ensure the buildings were restored and protected from further dilapidation while a use compatible with the public park could be found. Non-protected buildings have been demolished and removed from the site, new roadwork has been completed and the park is already open to the public. 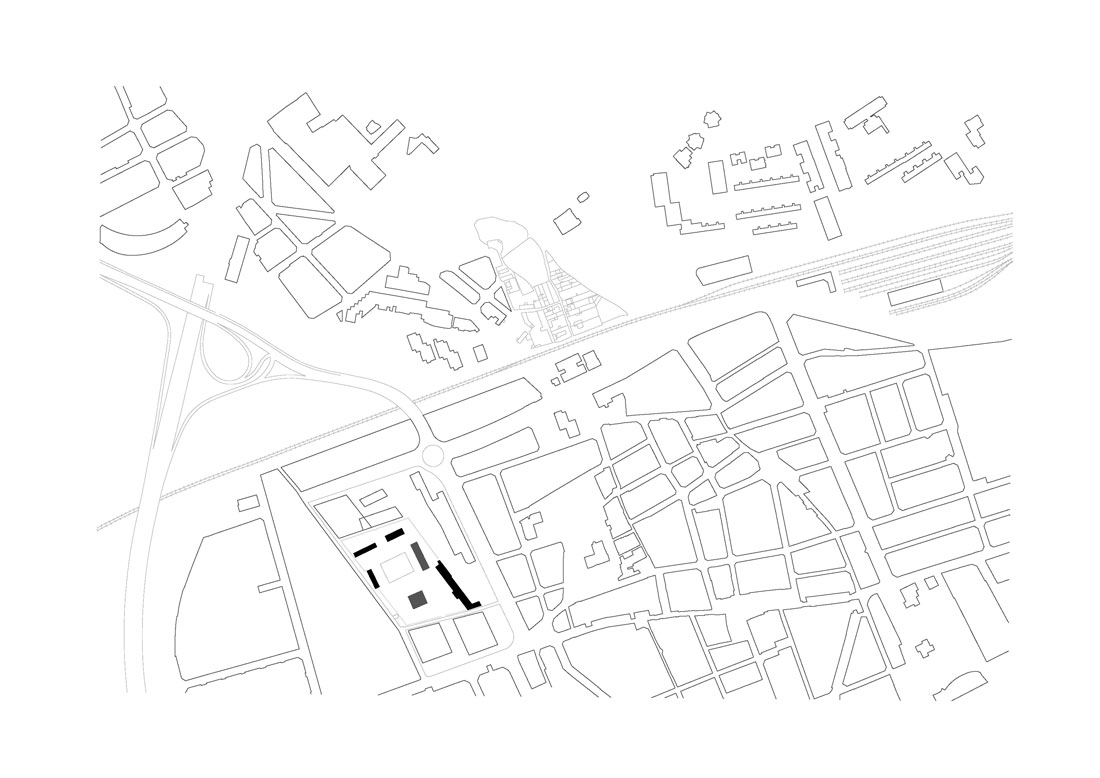 The consolidation and rehabilitation of the existing structural elements was the main guideline for the project, in addition to the preservation of the most characteristic elements of its initial function of breeding horses. It also took into account maintaining the elements in good condition to ensure they would be compatible with common uses.

Underpinning foundations have been avoided, and perimeter walls have been introduced to strengthen the highest parts.

As for the façades, the aim of the project was to restore the original finish, a plastering lime mortar and mineral silicate paint. The damaged or crumbling coating were removed. The joinery and decorative elements, especially window frames and cornices, were also rebuilt. The frames, which were substantially modified, were redone in the original material: pine wood.

The roofs were fully rebuilt, maintaining the existing trusses and beams. Thermal insulation was added in some sections, using sandwich panels with wood shavings. Most of the existing tiles were recovered from the demolition, in order to keep the roof’s original appearance. Inside the building, interior partitions and ceilings were demolished and finishes, tiles and superimposed banisters were removed. 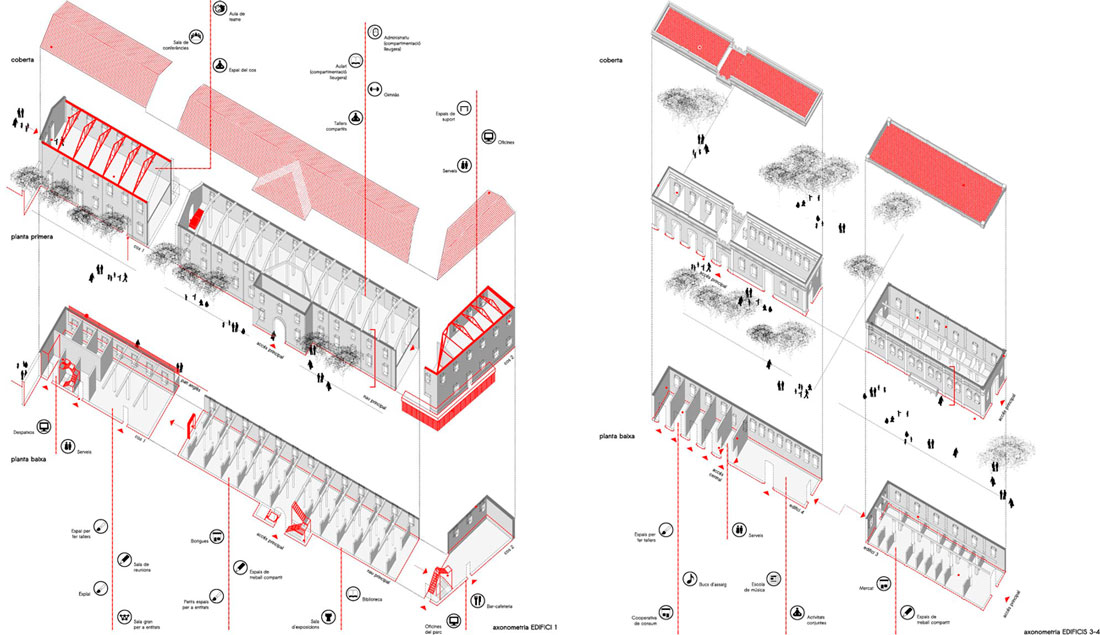 The original floors were maintained, as well as some old troughs and animal feeders, as an explanation of the building’s initial function. Side entrances and service access points were created in the blind side façades. A window was also built into the upper corner of the first floor to avoid the appearance of a blind façade. 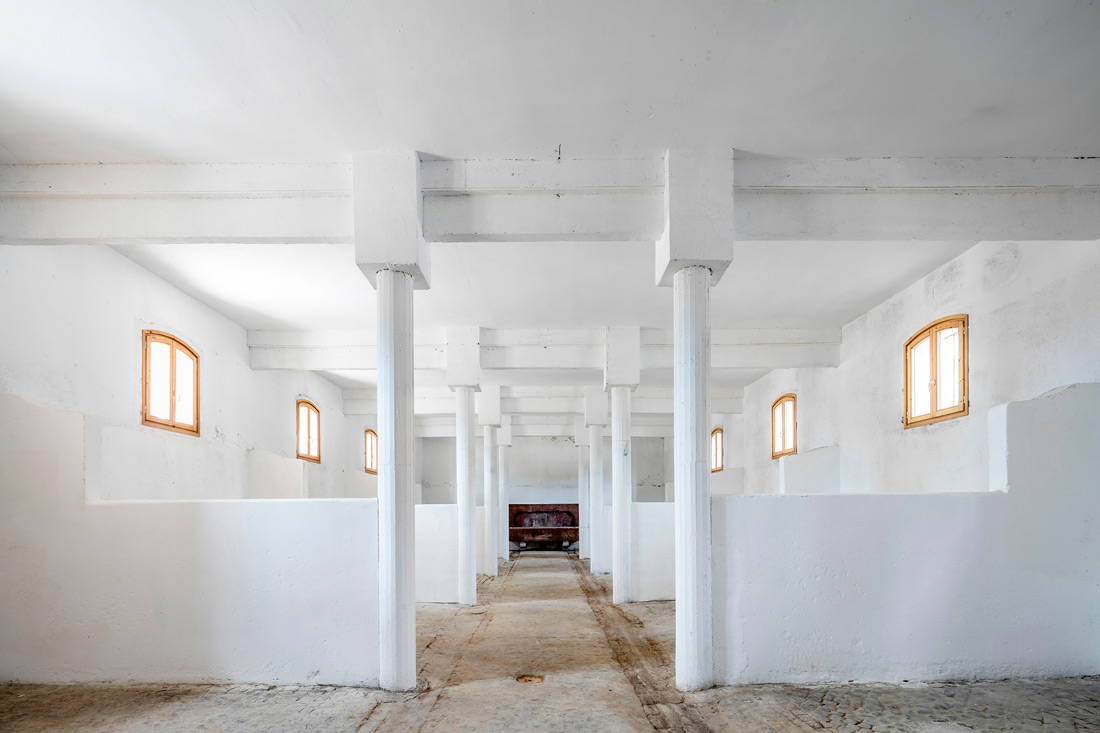 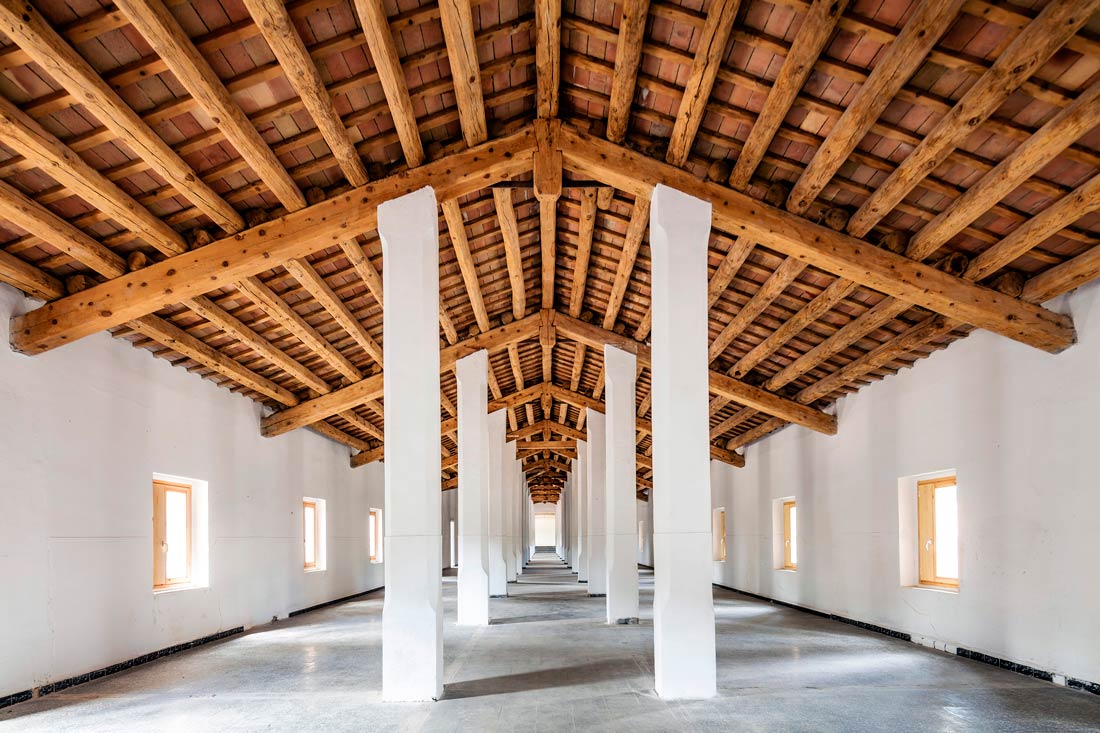