The social housing apartments at 179 rue Saint‐Maur are located on the site of a space that had been well known for over 30 years: the Nine Billiards. The unstable conditions of the structure forced a demolition and reconstruction of the building; the competition was won by Avenier Cornejo for the Siemp. Each element of the finished project contributes to reinterpreting the dense and complex “faubourien” fabric so the project blends in while taking on a fantasy quality and an originality that creates its own particular identity.

The building takes advantage of the narrow plot with an L-shaped volume that is compact and efficient, six stories in height. It deftly connects to its near and distant environments. The front façade integrates with the street through a raw and minimalist materiality: stained concrete that unfolds from the sidewalk up to the roof. A subtle series of diagonal lines cuts the façade into three sections; each line connects with the roofs of its two neighbors: a strange looking two‐story + attic townhouse and a six‐story building. This design detail allows for accommodating these very heterogeneous structures. The project communicates with one and the other through this cordiality. 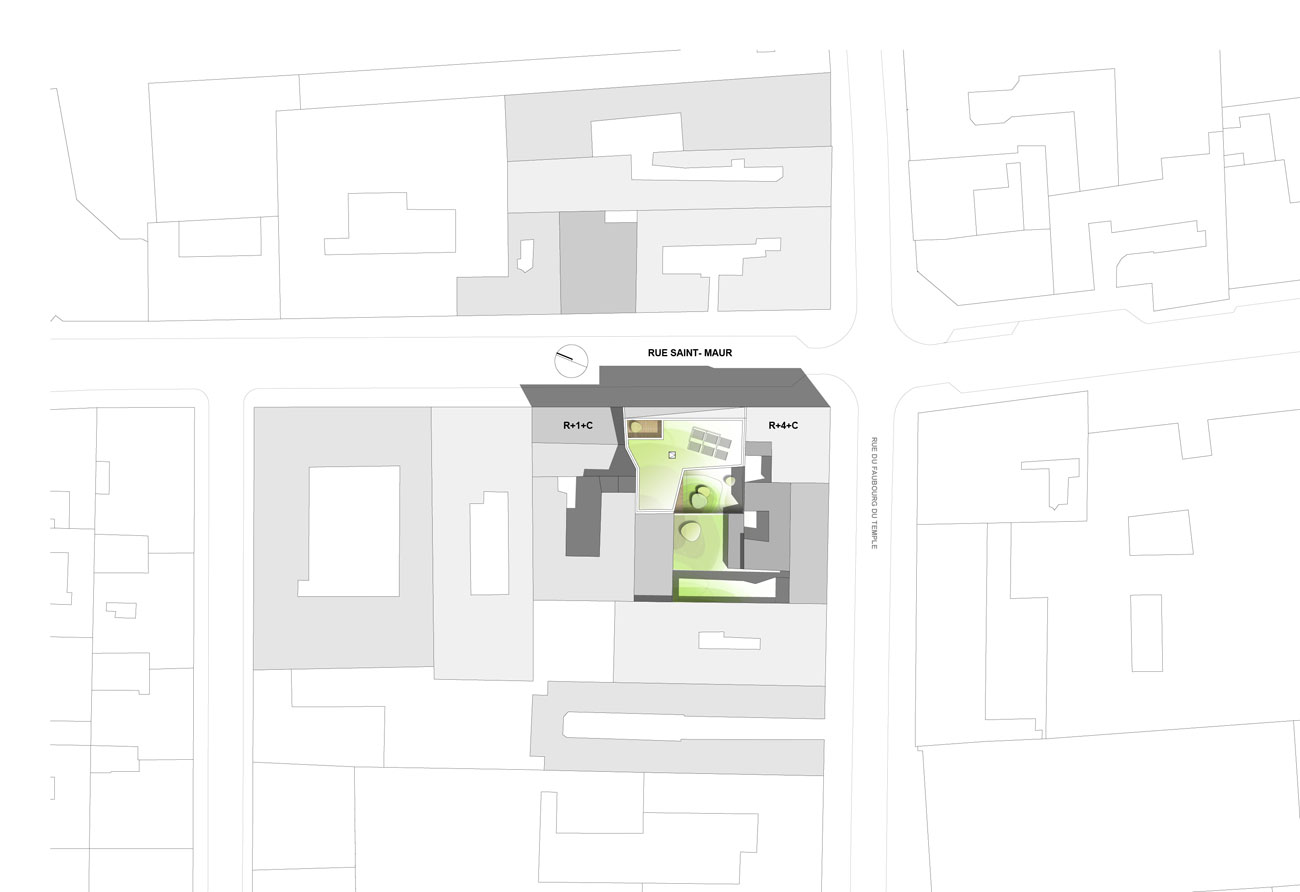 The plot has a small garden of 47 m² facing south. Each of the fourteen units, with typologies that range from studios (T1) to three‐bedroom apartments (T4), is floor‐through and flooded with light throughout the day. Each apartment has a balcony in a unique space next to the kitchen, serving as an interface between the inside and the outside. Residents can have their morning coffee there, enjoying an intimate and calm space that, along with the neighboring tree in the background, almost makes you forget about the bustle of the neighborhood around. Up above, the balcony on the sixth floor frames the Paris rooftops and grants an unexpected one‐on-one with the city we might almost have forgotten.

One of the major infrastructure choices of the project is to turn the living room and the kitchen toward the garden and to place the bedrooms facing the rue Saint Maur, overturning previous conceptions. The original goal of the plans is reflected at the detail level of the apartments, where the interior is generally atypical and contradicts the apparent rigidity of the façade by integrating non‐standard, even daring elements: rounded walls in the living room, a negative of the communal circular staircase, folded wall sections, square openings where a wall meets the ceiling, etc., a contemporary composition of forms that interact with the natural light.

Each architectural element is a detail treated with attention: large casement windows in every room opening from floor to ceiling in each living room and kitchen, even in the bathrooms at times, full‐height closets with customized hinged doors, perforated accordion louvered shutters along the windows facing the garden. The materials are quality: solid wood windows, enamel sinks, with a few exceptions. 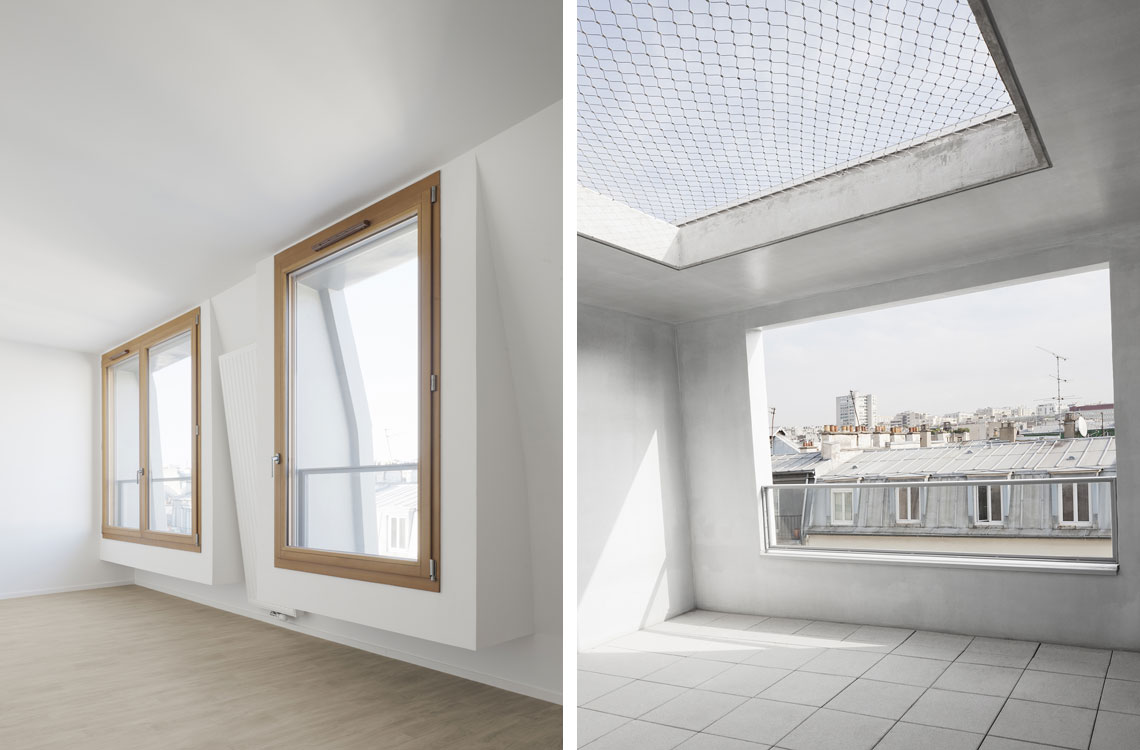 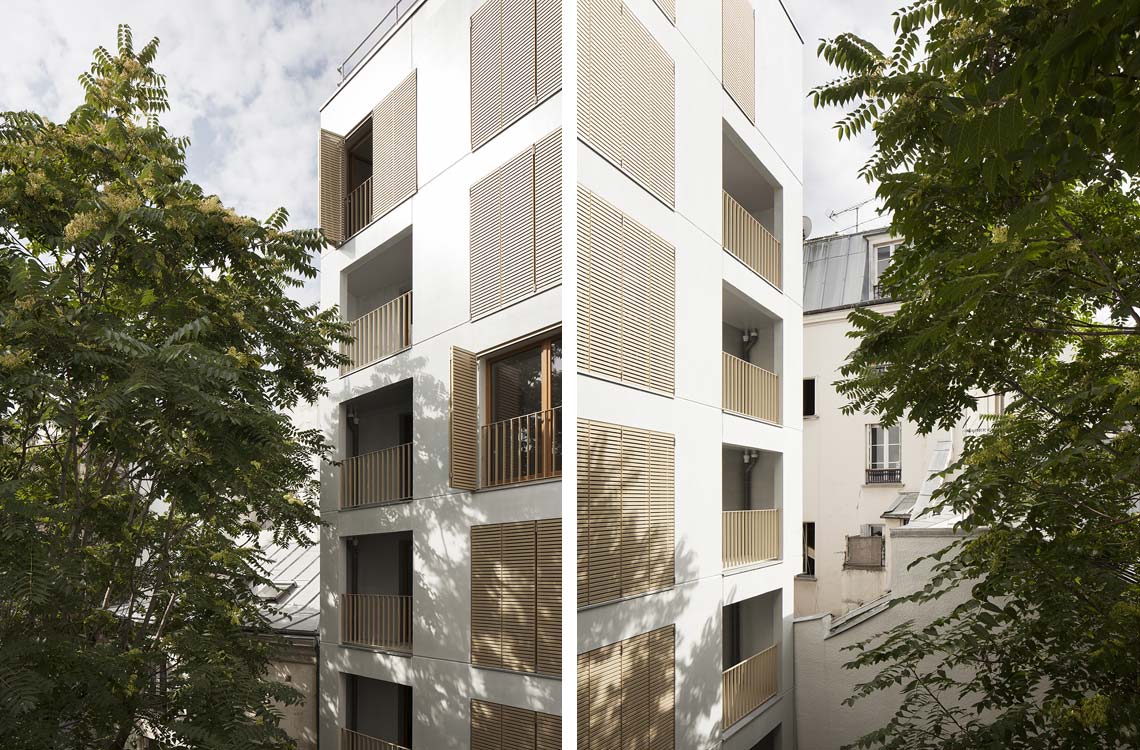 The garden sits at the heart of the parcel, with a desire for “wild movement”. A fresh and natural space in harmony with the apartments. Selected greenery, left free, allows for an easy and occasional maintenance. 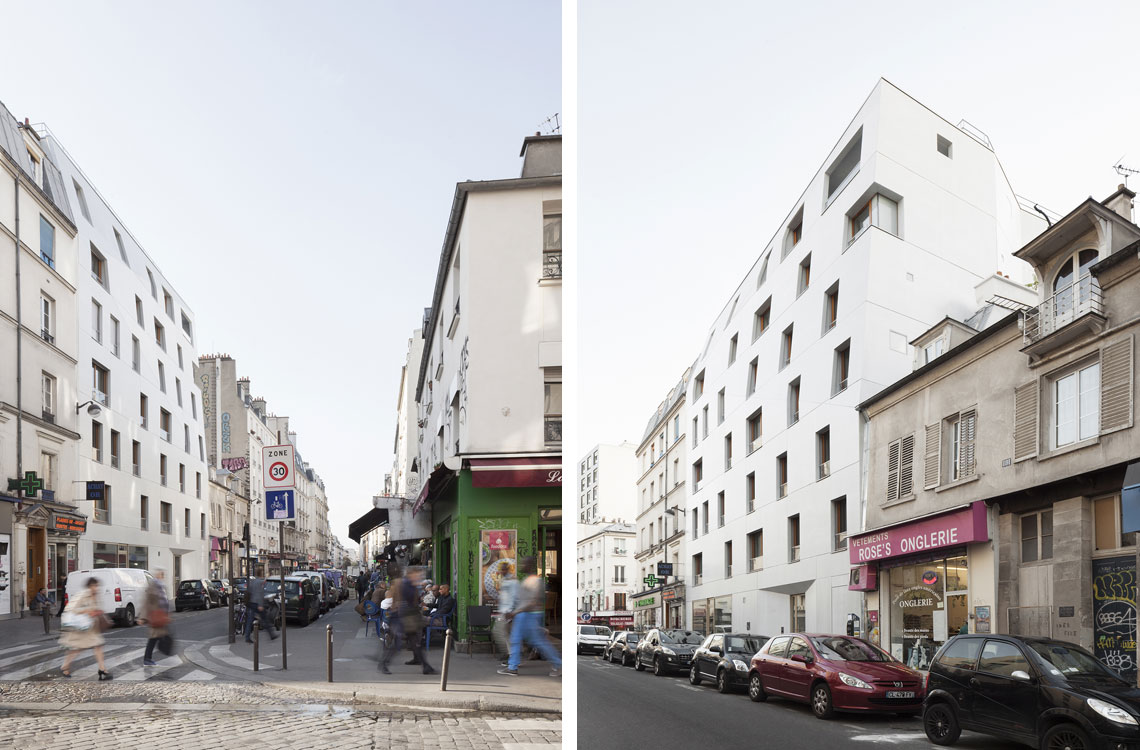 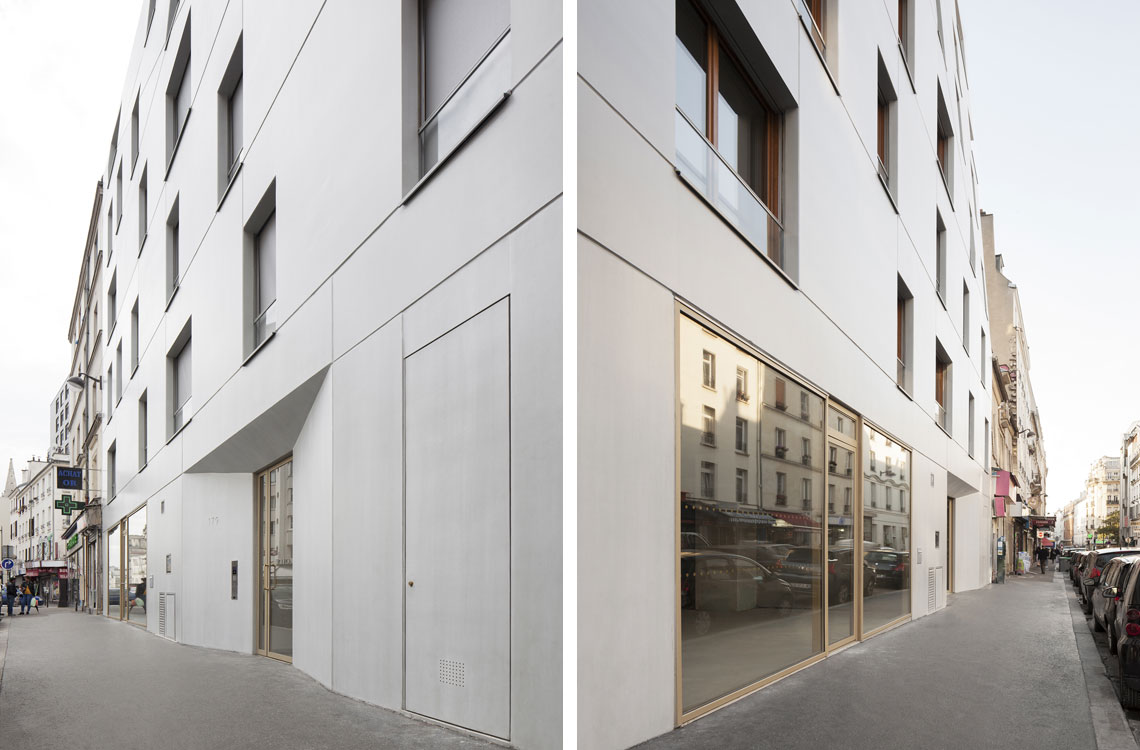 The project fits into its environment with an urban civility.