This studio was built in the heart of an artistic neighborhood, where street walls and galleries offer a great variety of expressions and occupational forms. Because it is situated in a place marked by frequent floods, its creation offered many challenges. 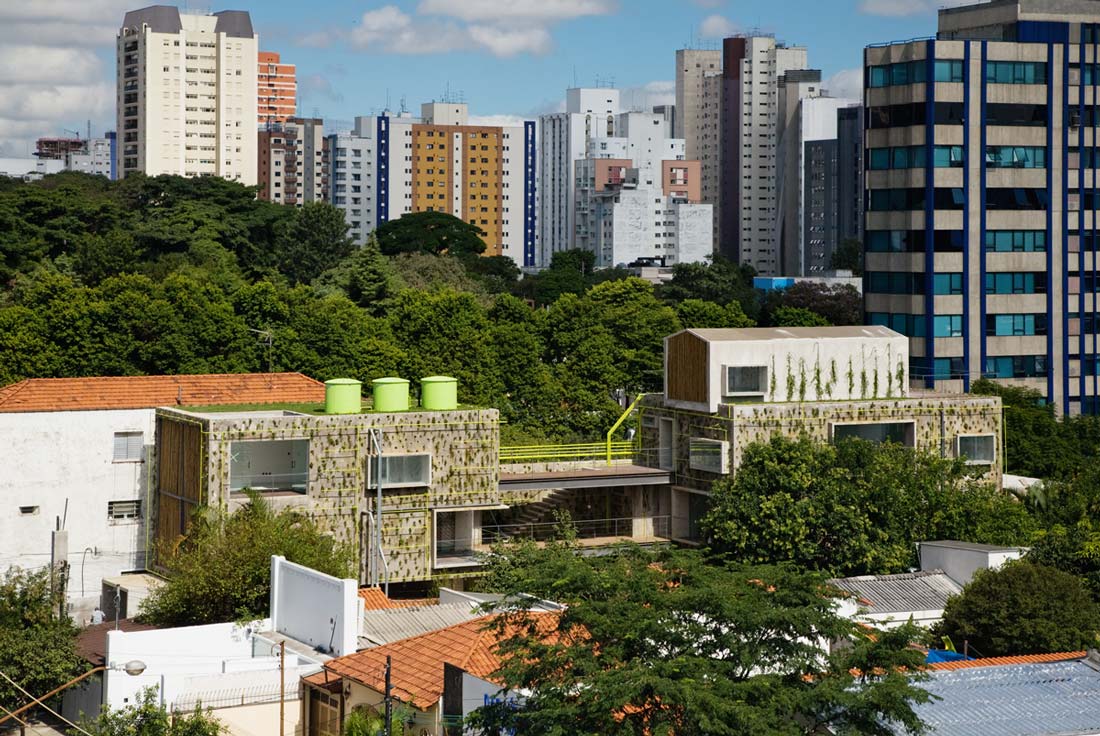 The building is a complete newborn manufactured object and, like all living bodies, it breathes, sweats and changes over time, recovering and aging. Its purpose is to bring to life the different phases of its evolution, under the influence of the dynamic and interconnected natural and artificial accidents such as rain, plant growth, water pumping, irrigation. 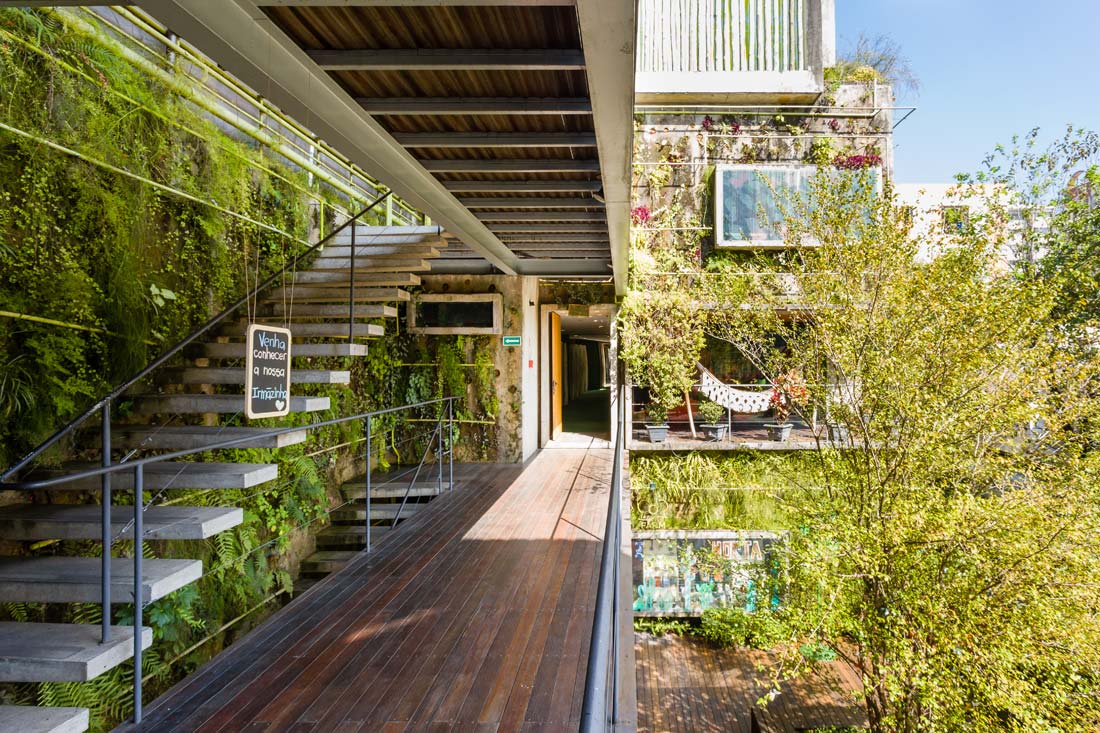 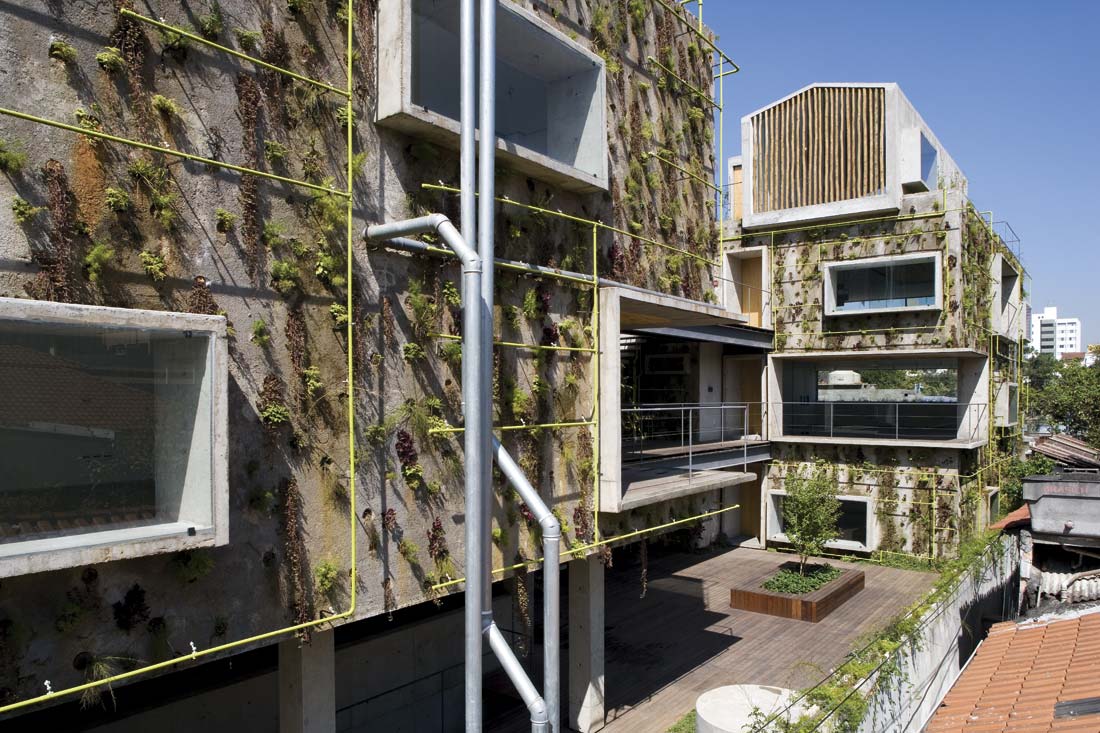 This project privileges the water system through low-tech elements such as tubes, plumbing tanks, sprinklers and others, which are the entablature of the building, creating different border elements, some of which serve as its guard rails. 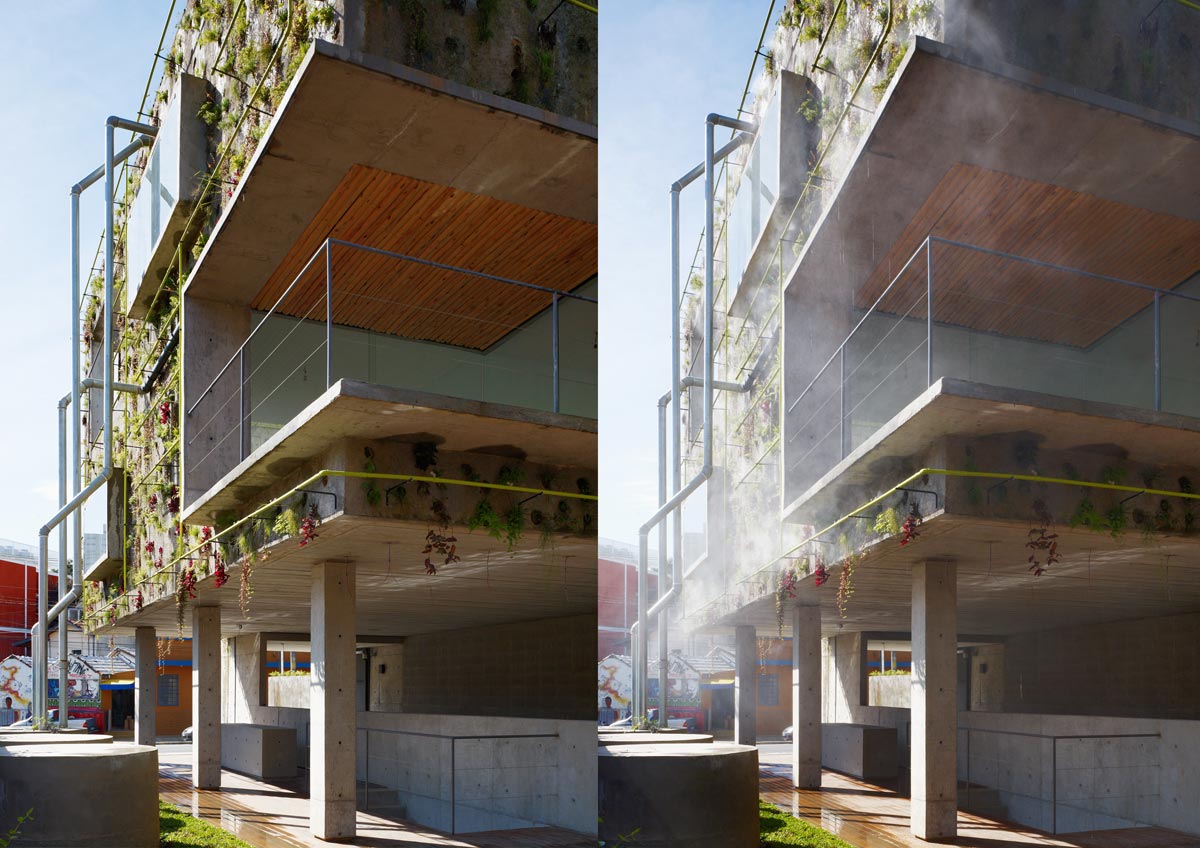 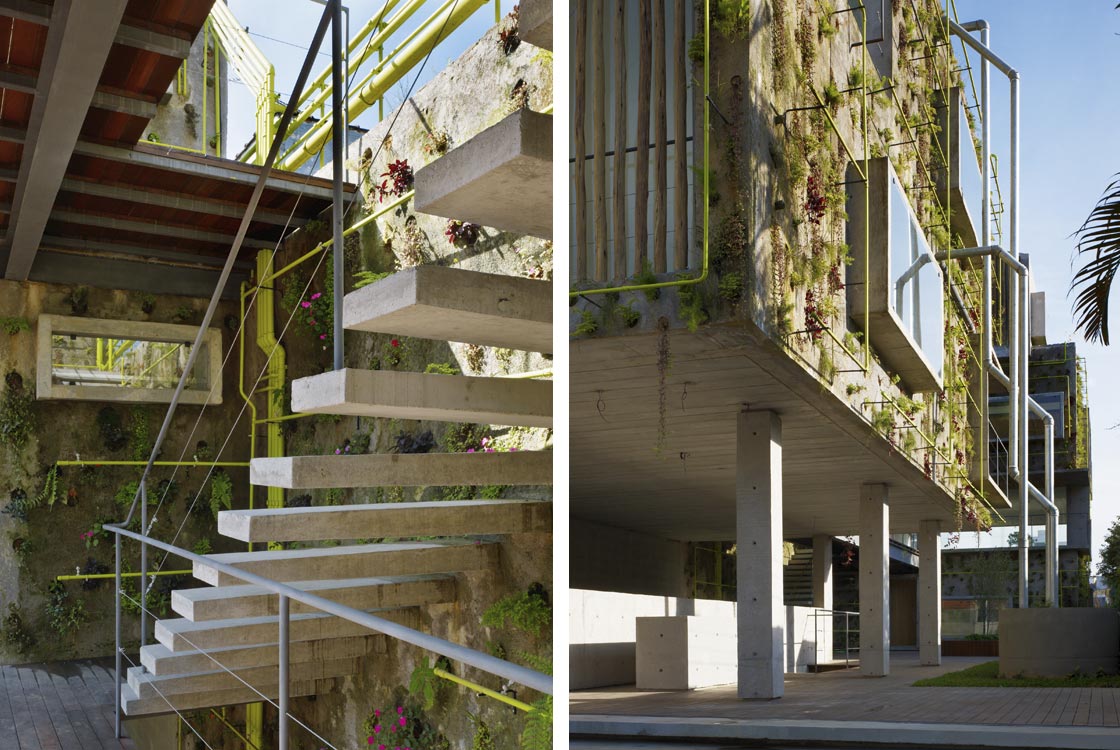 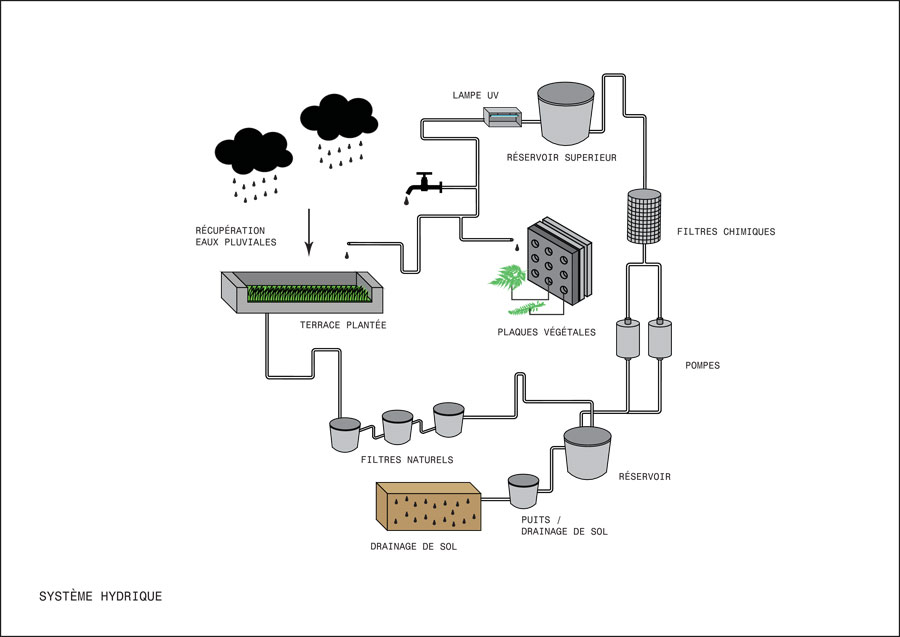 Water is the main feature in the design, where the rain and waste water are drained, treated and reused, creating a complex ecosystem. 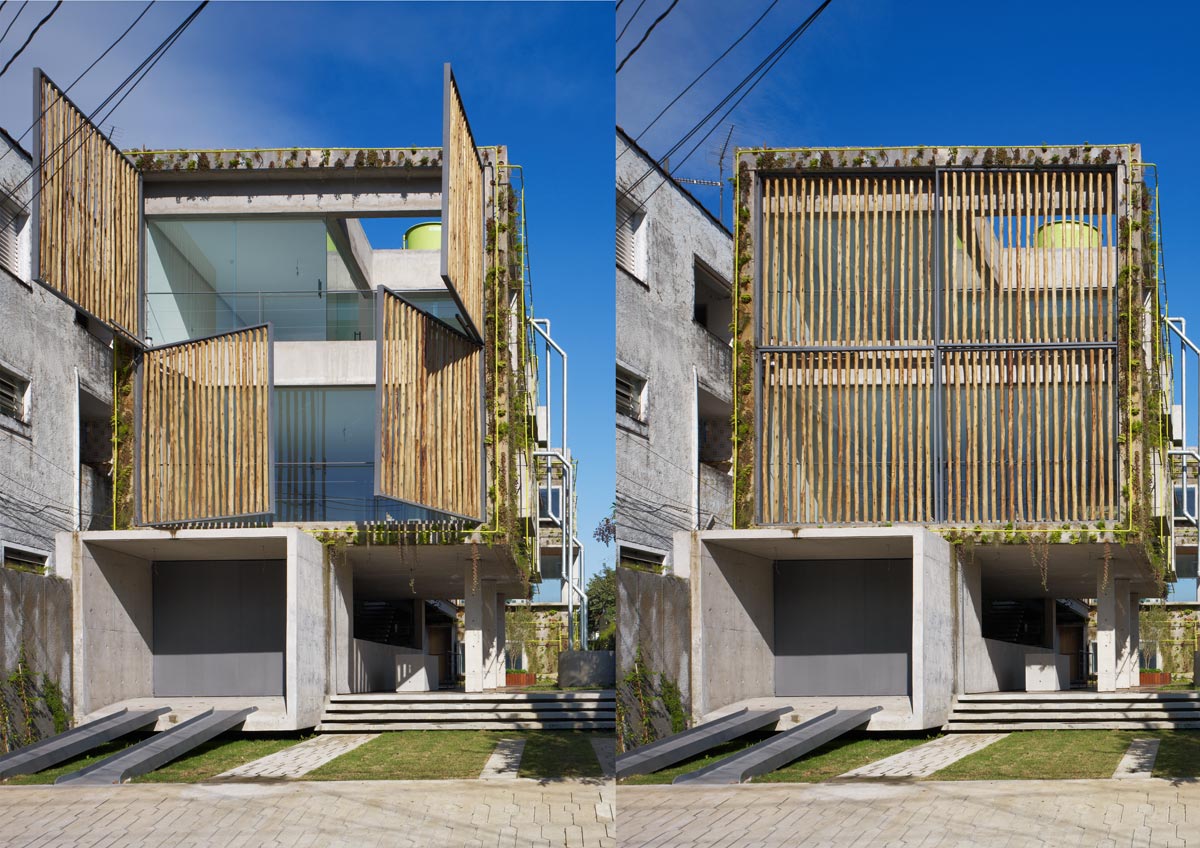 The project’s core is exposed on its façade. The irrigation pipelines that serve the whole building, along with the pumps and the water treatment system, embrace the outer walls like veins and arteries of a body, as though the construction was designed inside out. This contrasts with the inside, which offers a clean and minimalistic appearance. 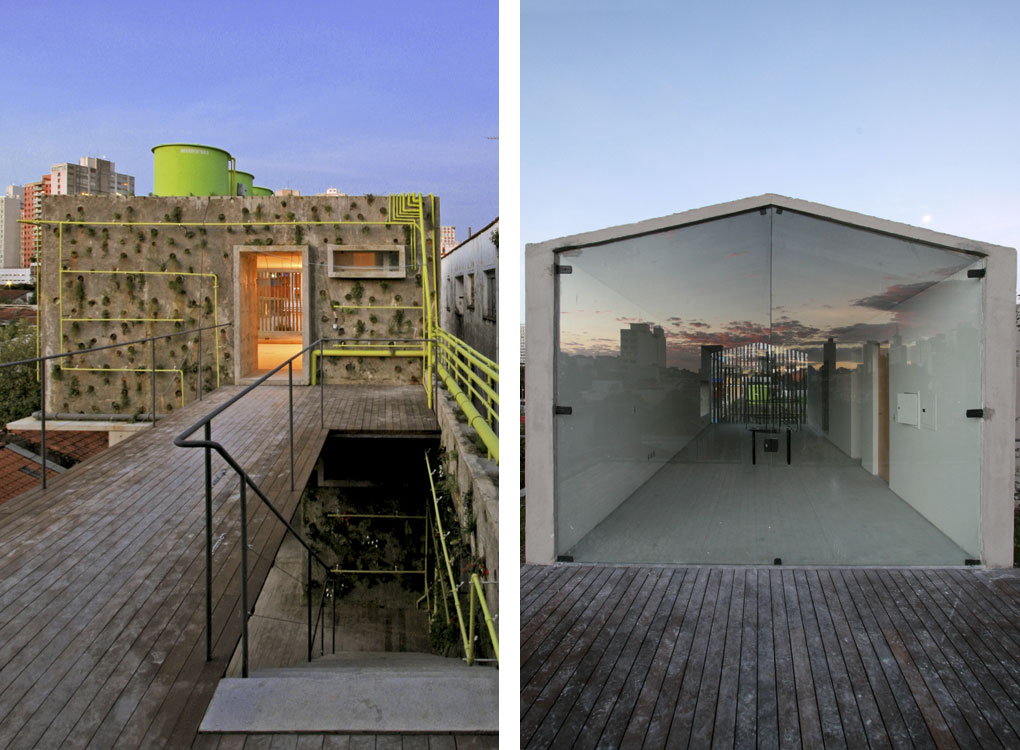 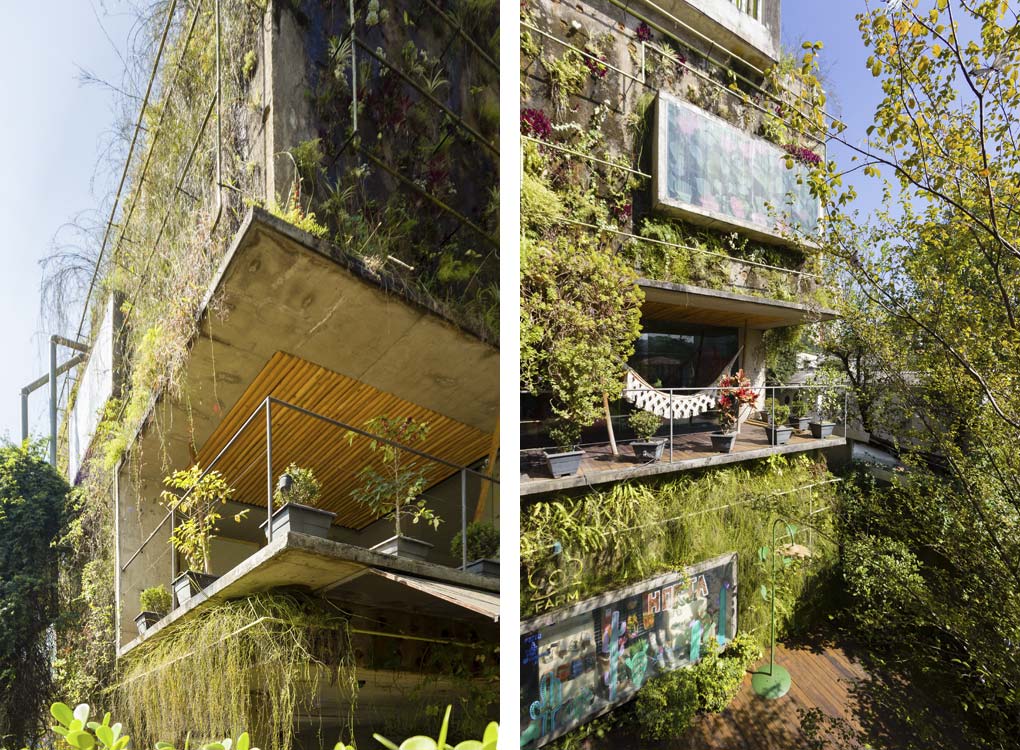 The two big blocks full of vegetation are interconnected by a metallic bridge with concrete terraces and glass windows and railings. In order to create a dialogue between the street and the building, the terraces are spread over each floor, giving birth to an analytical visual game between the two volumes.

The frontal block is completely suspended and floats on pilotis, while the back block is solidly on the ground, complemented by a bird-shaped volume on top. 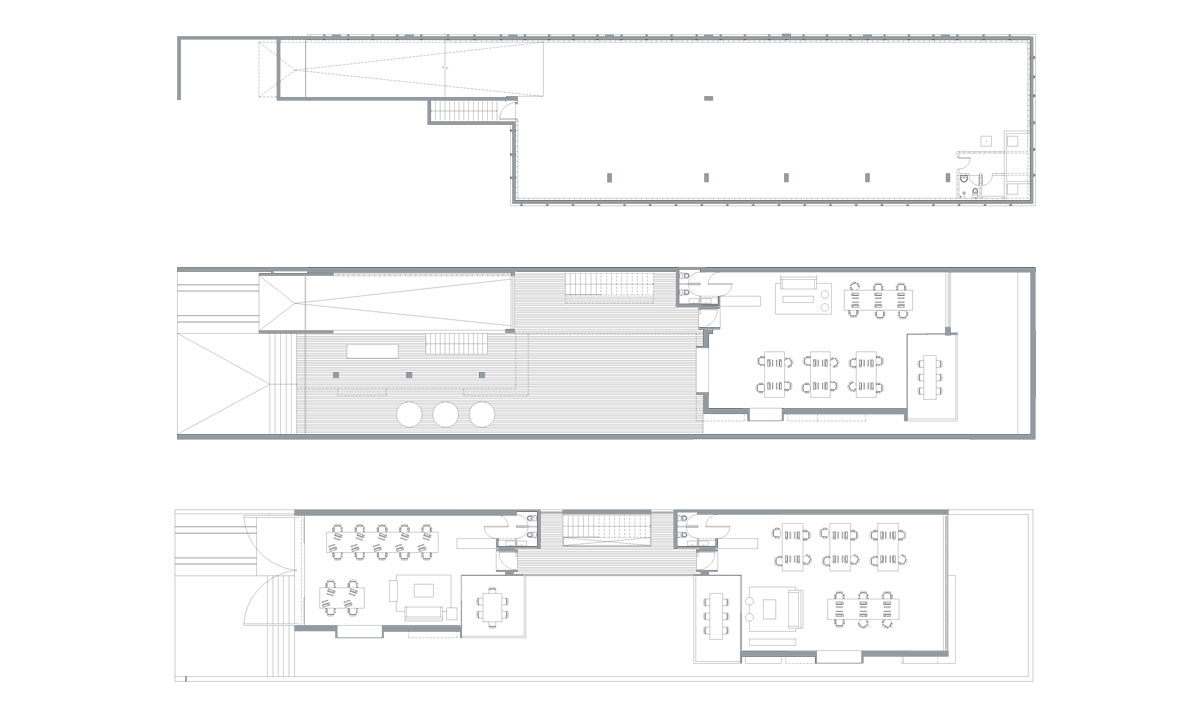 This project, organized around the plot, functions as a neutral and primitive foundation, pierced with spaced-out pores that house different types of plants. The façade’s evolving and heterogeneous aesthetics will, in time, take on different forms and colors.

Contrasting with the rough plant-covered exterior, the internal spaces of the building have smooth and monochromatic surfaces, with decks and patios interrupted by protruding concrete lips that frame the skyline of Vila Madalena.