Green Corner Building: The Façade as the Main Spatial Element

The building’s floor plan consists of two identical sized rooms and a core in between. The plan is very shallow in depth and has one long main façade with two short end façades. With the shallow depth of the plan, the façade itself is the main spatial element. 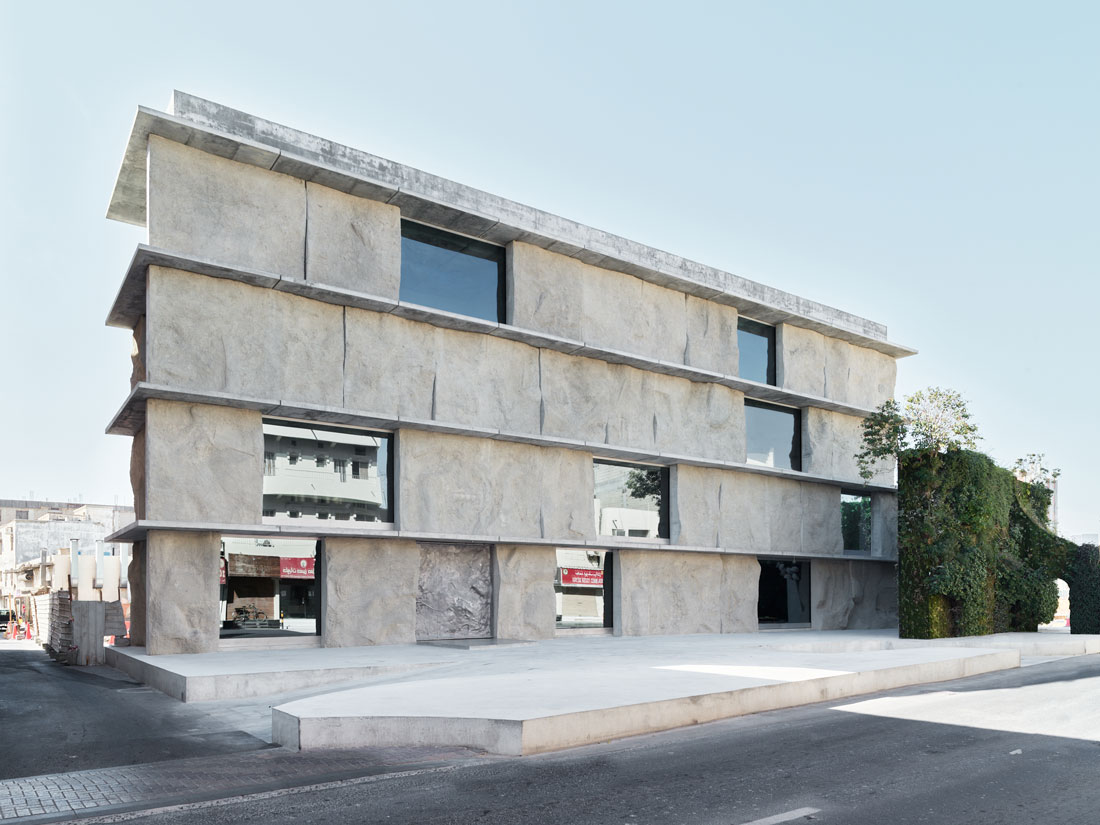 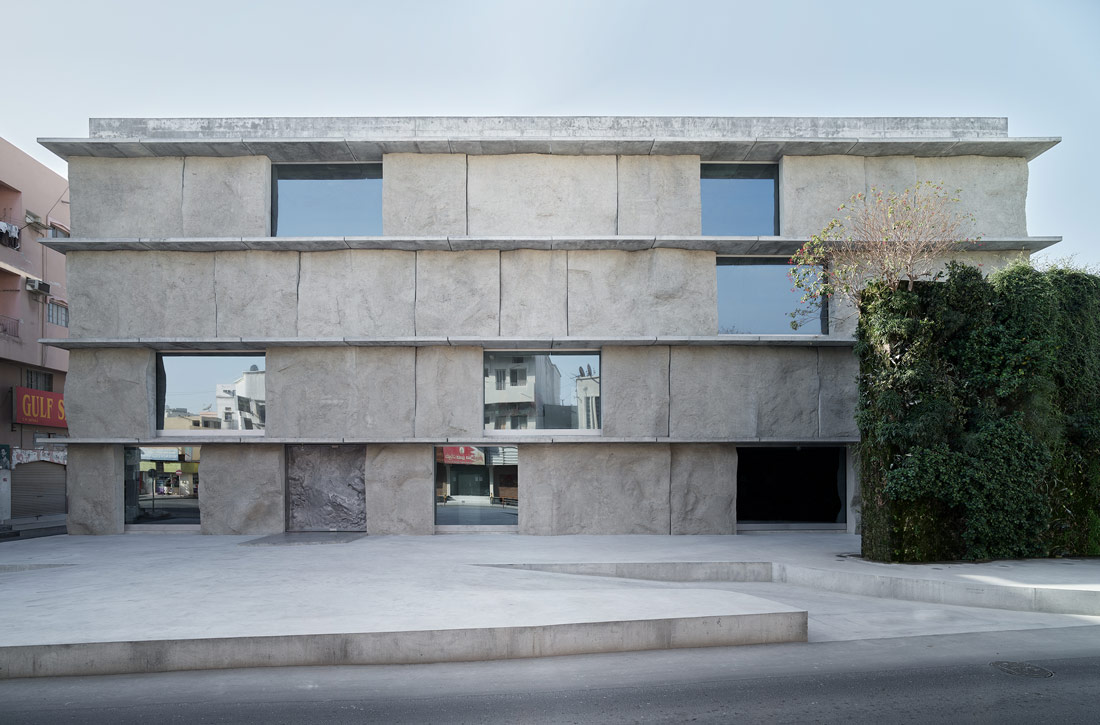 The façade is made out of sand casted structural wall elements with a strong relief. The elements are cast on the ground next to the building. Each cast results in a unique imprint on the element. At the windows and the corners of the building, the relief is visible, like a geological cut in the ground. 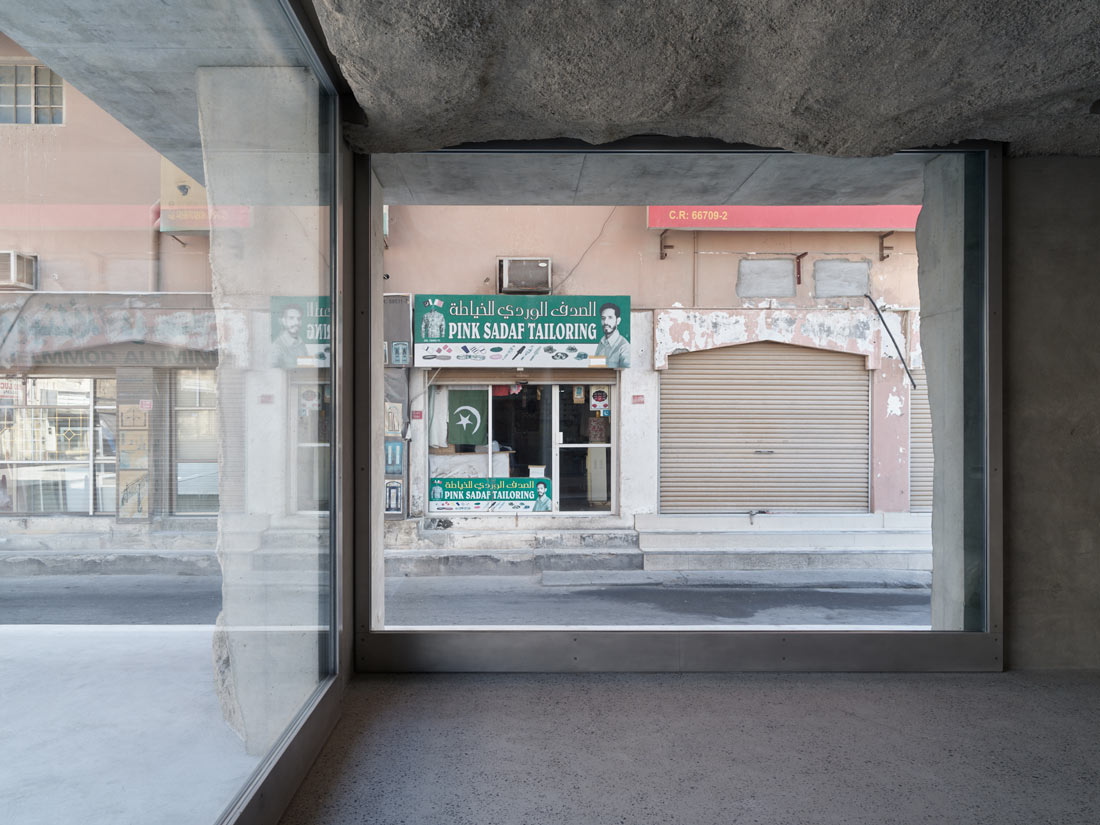 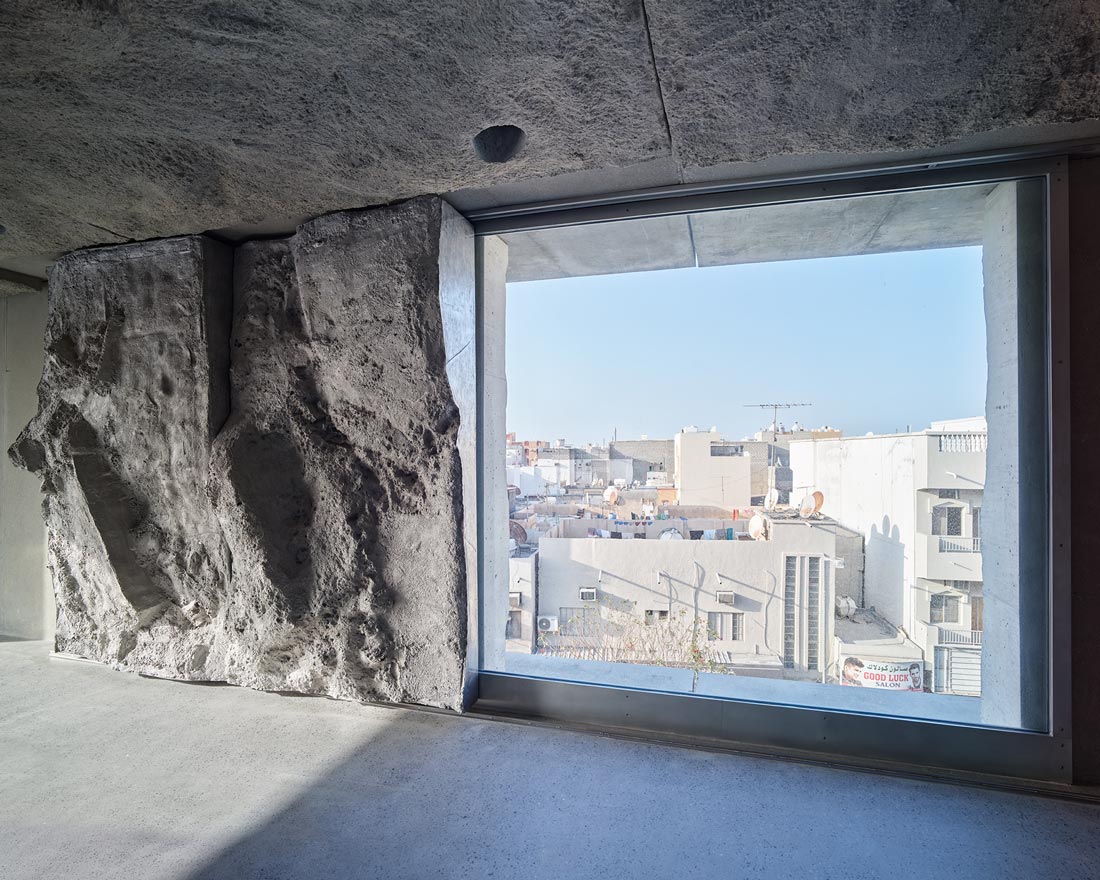 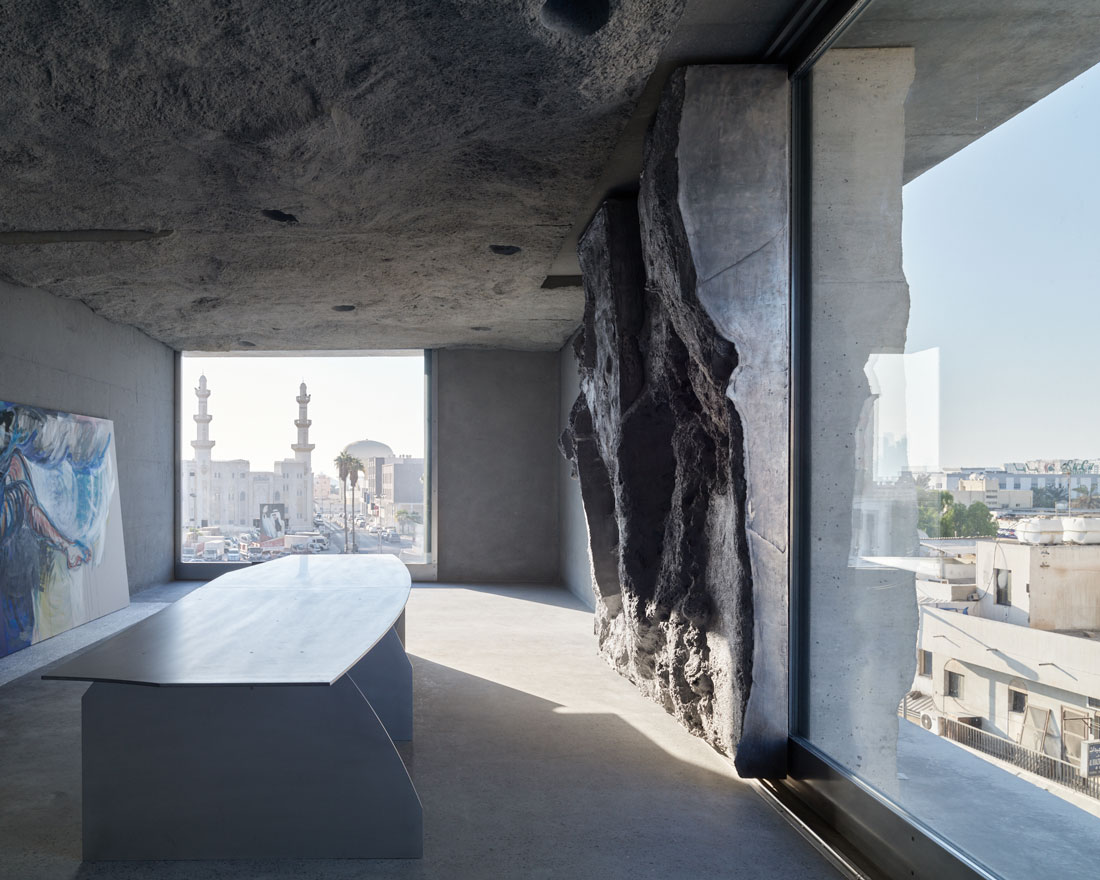 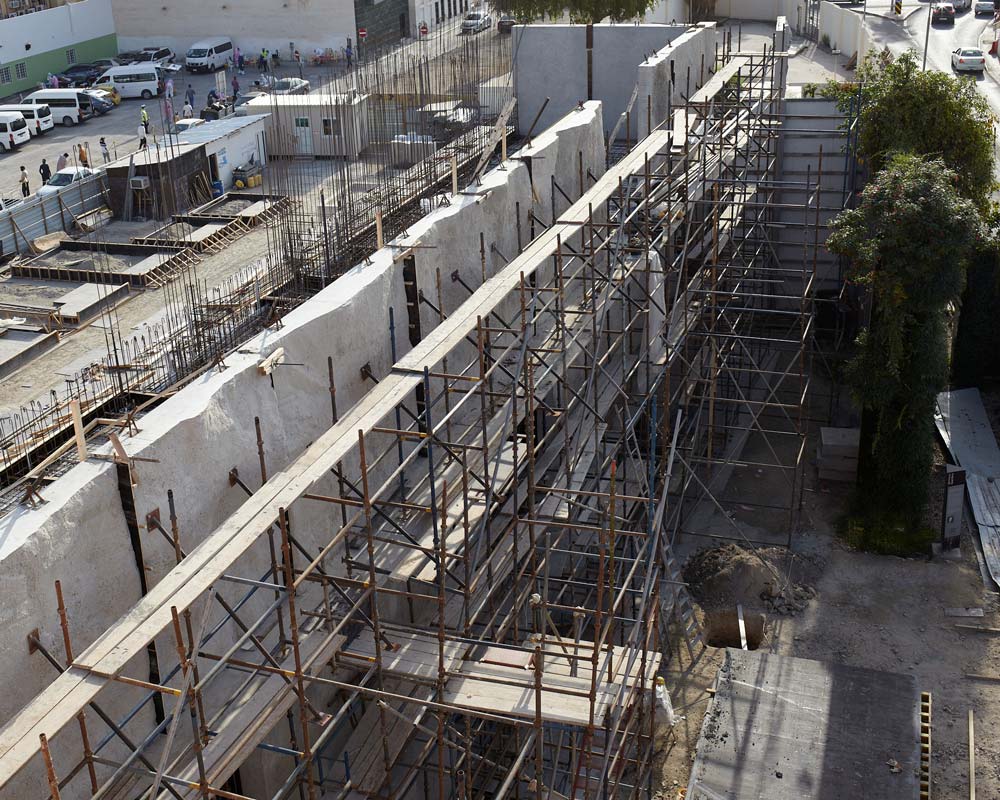 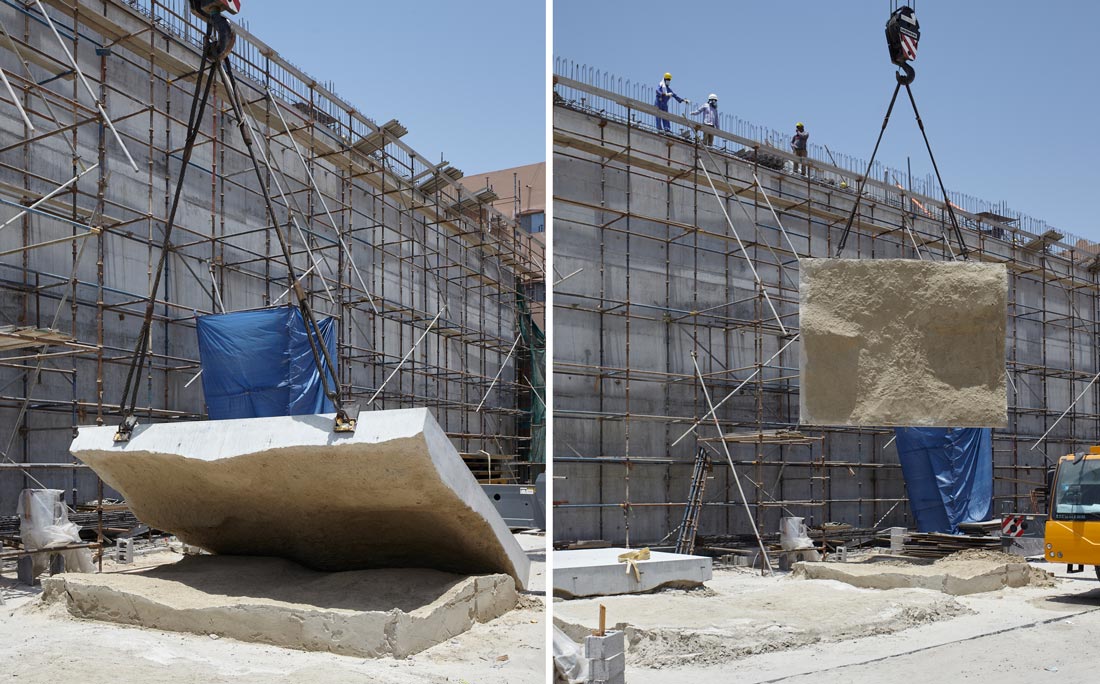