English for Fun, founded in Spain in 2008, uses a revolutionary method for children of any age or physical condition to learn English using their five senses. English for Fun is a place for all children to learn. This pedagogical approach is based on the idea that every child is special and unique.

The new center for English for Fun was intended to represent this innovative teaching method: a place to bolster creativity, imagination and to stimulate all five senses. 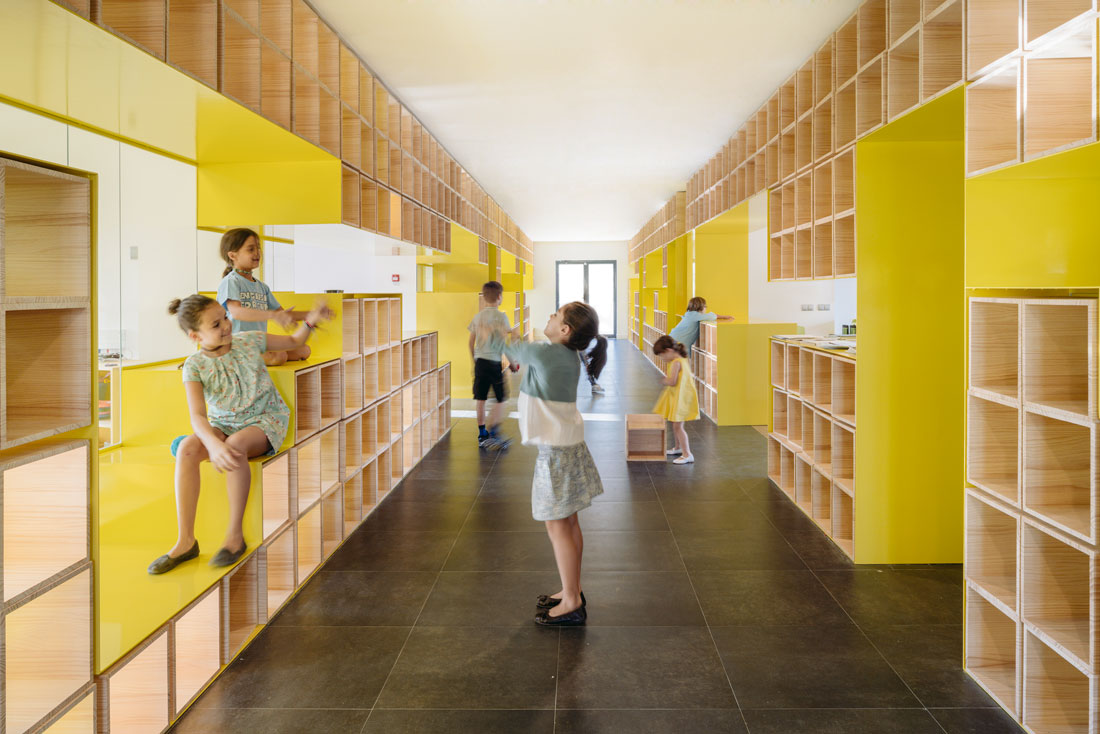 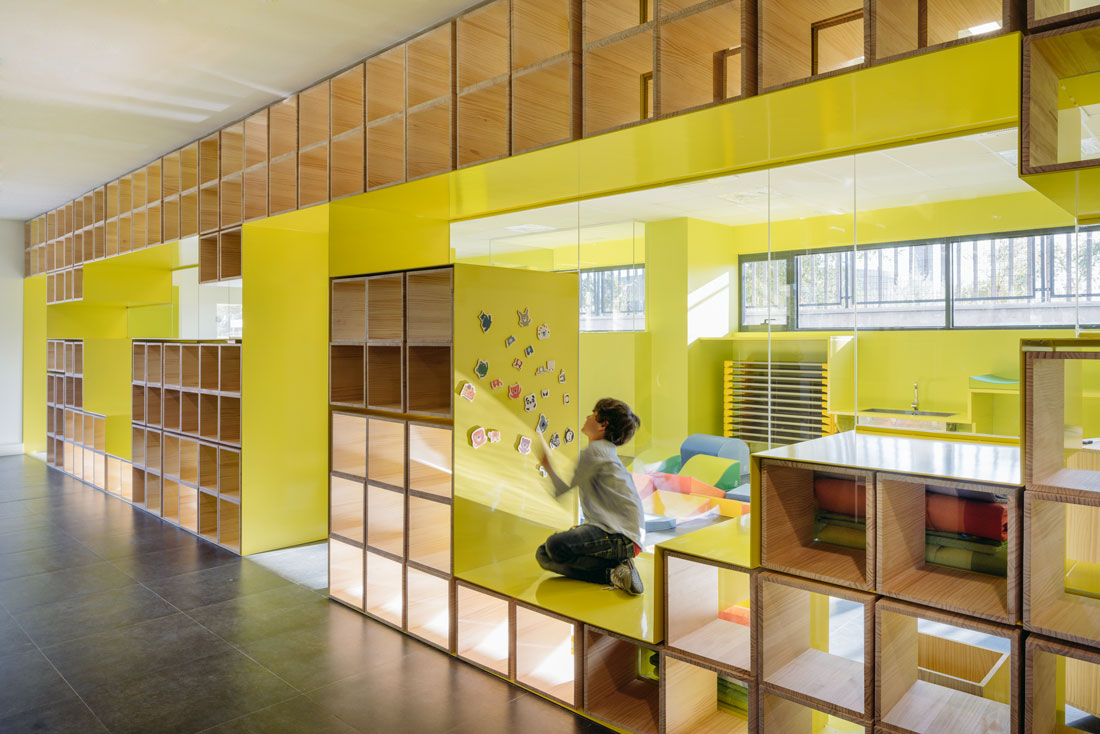 This commission represented an opportunity to investigate how design can shape experience and affect the subject in processes of playing and learning.

The Reggio Emilia approach is an educational philosophy based on a self-guided and very open interpretation of learning. It is founded on three core principals:
– The child is an active part of the learning process, in a non-guided way of playing where the kids have their own interpretation of natural and artificial play-objects.
– The built environment of the school is considered the third teacher, only after teachers and parents.
– The learning process has to be made visible. 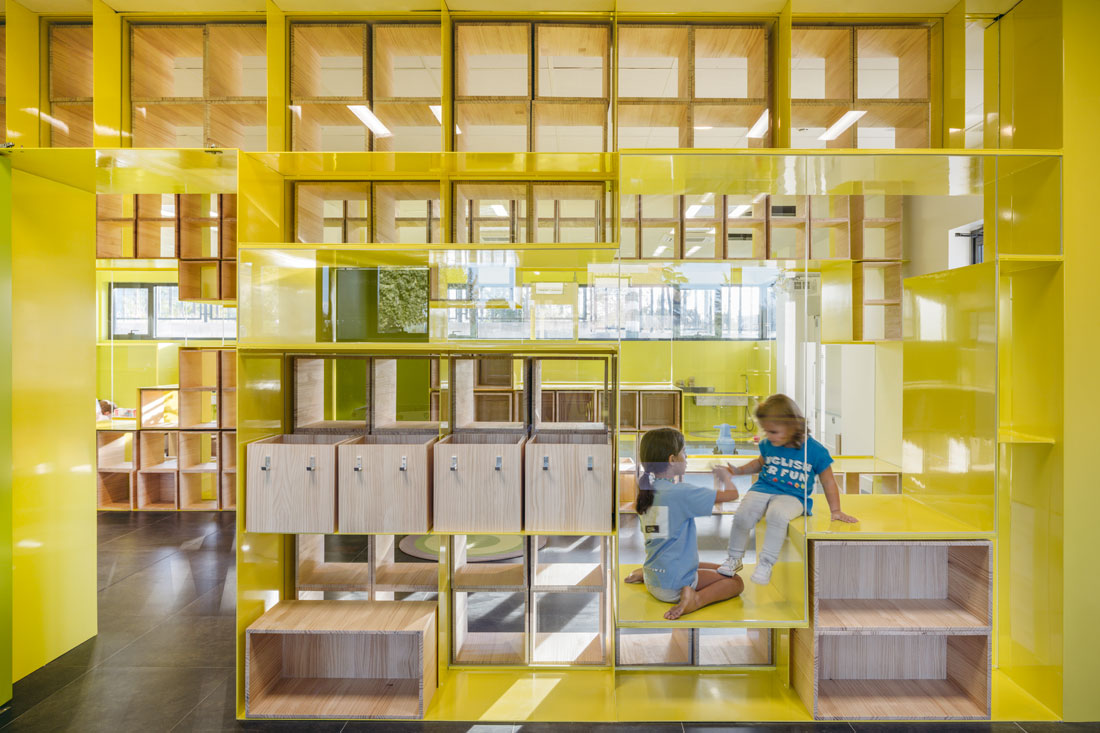 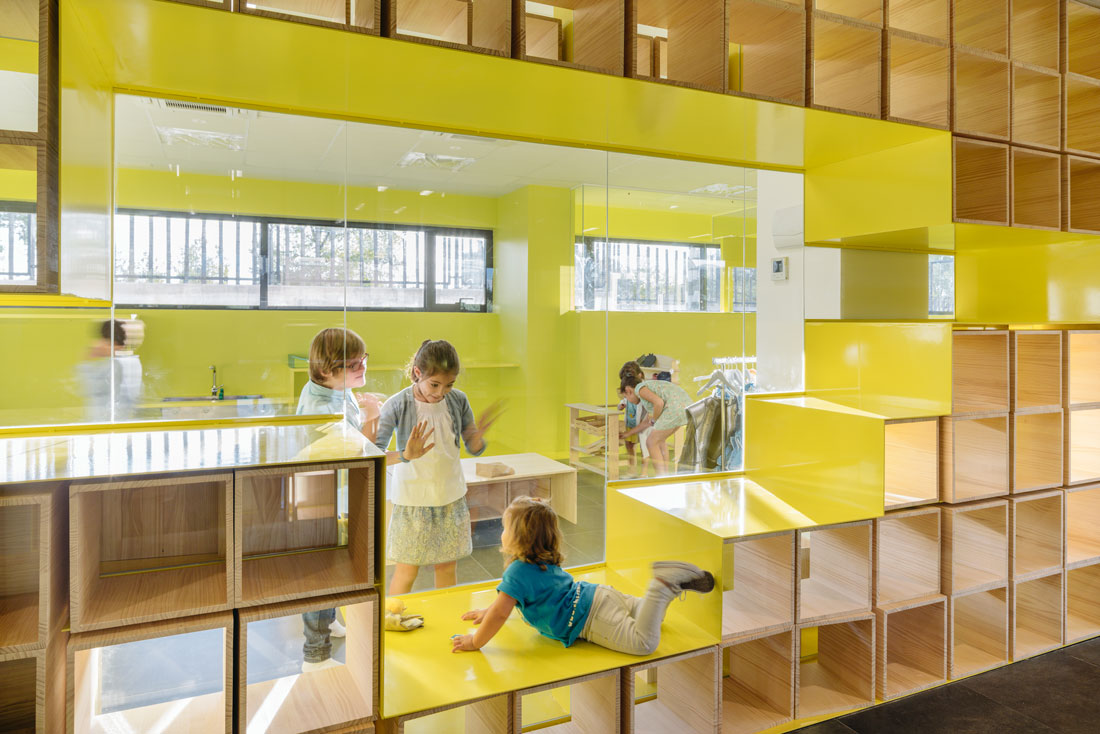 The proposal was meant to overcome the clichés associated with spaces designed for children, remaining non-figurative and open to multiple interpretations. The goal was to create a space in the spirit of adventure playgrounds, where play-objects, not toys, only achieve their full potential in their interaction with the children. The design needed to operate equally on the adult scale as well as the children’s scale, so it was important to create spaces that only children could inhabit and own. The answer was a tinker tray, where all the objects involved in the play and learning process could stored, work could be exhibited, and the kids could also feel like are part of it. The strategy involved proposing a thick structure instead of thin partitions to configure the classroom spaces – an inhabitable wall that could store all the furniture and objects when not in use, making the reconfiguration of the classroom very easy. The broken geometry of the structure creates a series of nooks, which can be inhabited by the children. The different typologies of objects were reduced to the minimum, establishing a generic module that can be used in multiple ways. It is not a chair, a table, a tower, a play kitchen, a car, a box for stones, or a helmet, but all of the above. 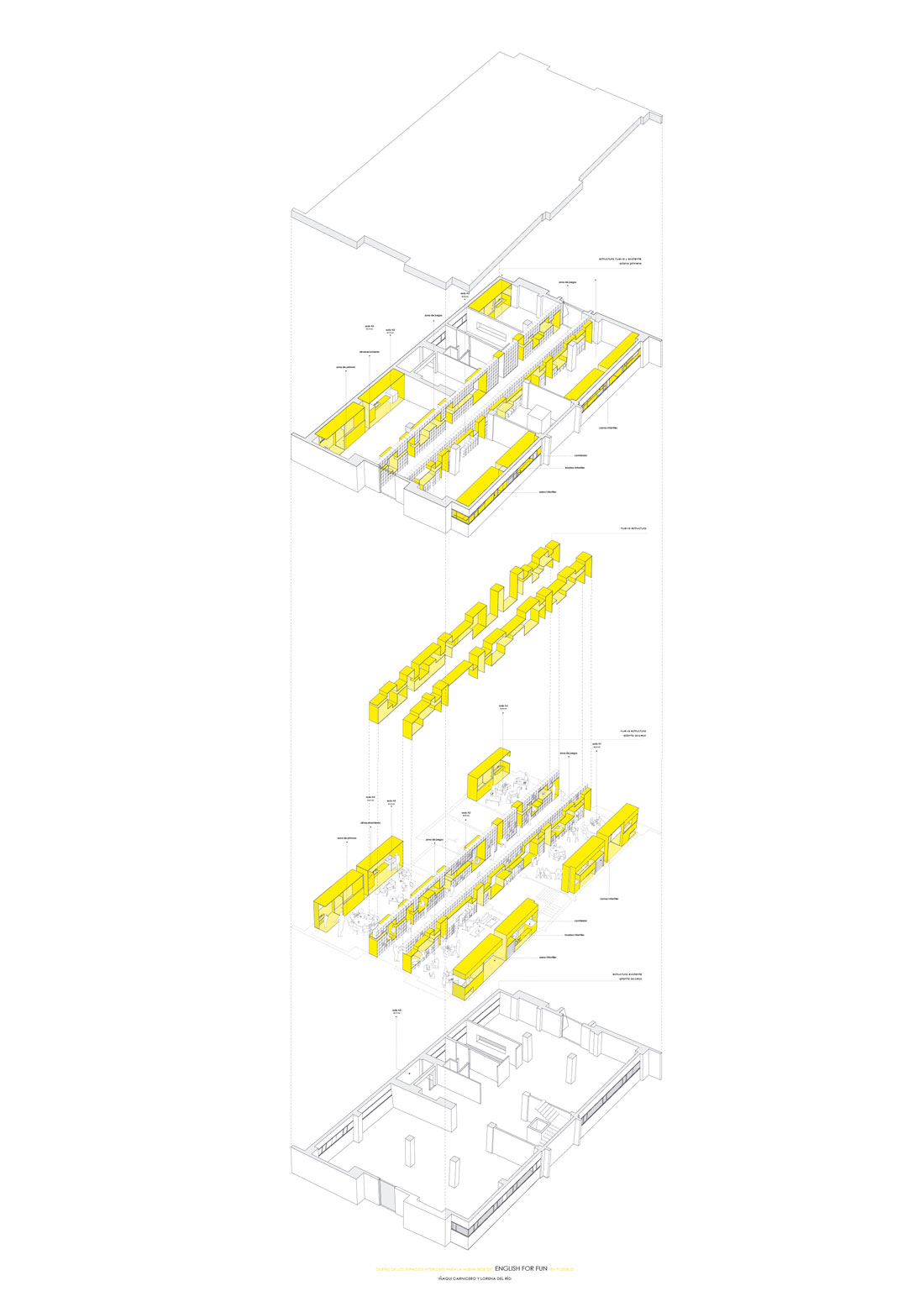 The function of this thick inhabitable wall was twofold: first creating little spaces to be owned by the kids; and, second, to provide storage space facing both the classroom and the corridor, so the space that is usually only used for circulation is now activated and can be used as common ground for children, teachers and parents. It also transforms the corridor into a showcase of the learning process, blurring the limits between the classrooms and expanding the perception of the space, avoiding the conventional compartmentalization of the classrooms. 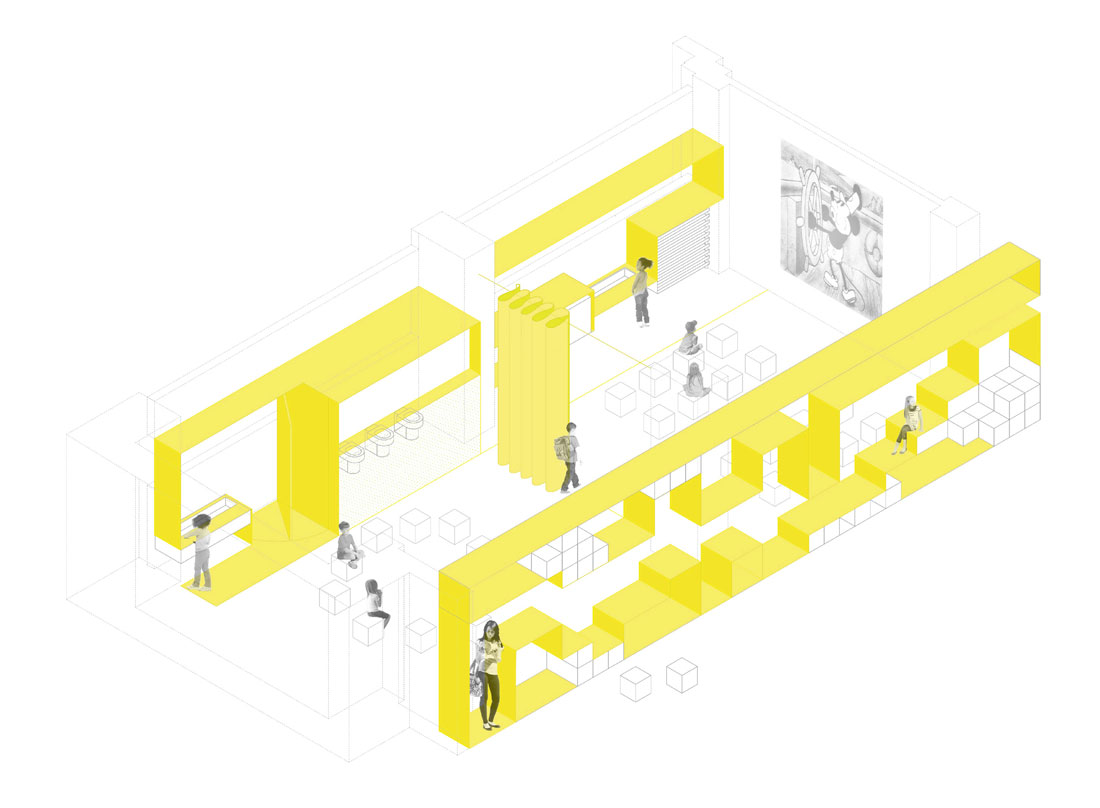