This text aims to illustrate a multiscalar validity of the main umbrella term presented, Electrical Ecologies, by going through several fundamental ideas and introducing terms that are central to conceiving the topic. Electrical Ecologies (EE) operate at the smallest scale unit (the electric) to maintain a unified approach to understanding and operating at the scale of the planet. Due to that nature, and because it is a plural term, ecologies vary in size and structure, and hence form “sub-ecologies” and more general ones. The multiscalar validity is meant to demonstrate how this type of operation could happen at various scales, from the microscopic to the urban, and beyond.

The electrical is a manner of functionally and operationally flattening all electrical objects (from charged matter to human brains) in order to define a new design agenda and enable a conception of a planetary-scale nervous system. While a lot of other elements can be capitalized on as a common denominator, the electric is of interest not only as a common ground but, first, as a flexible limiting criterion (as it is also quantitative) and, second, as an operational driver that allows action. 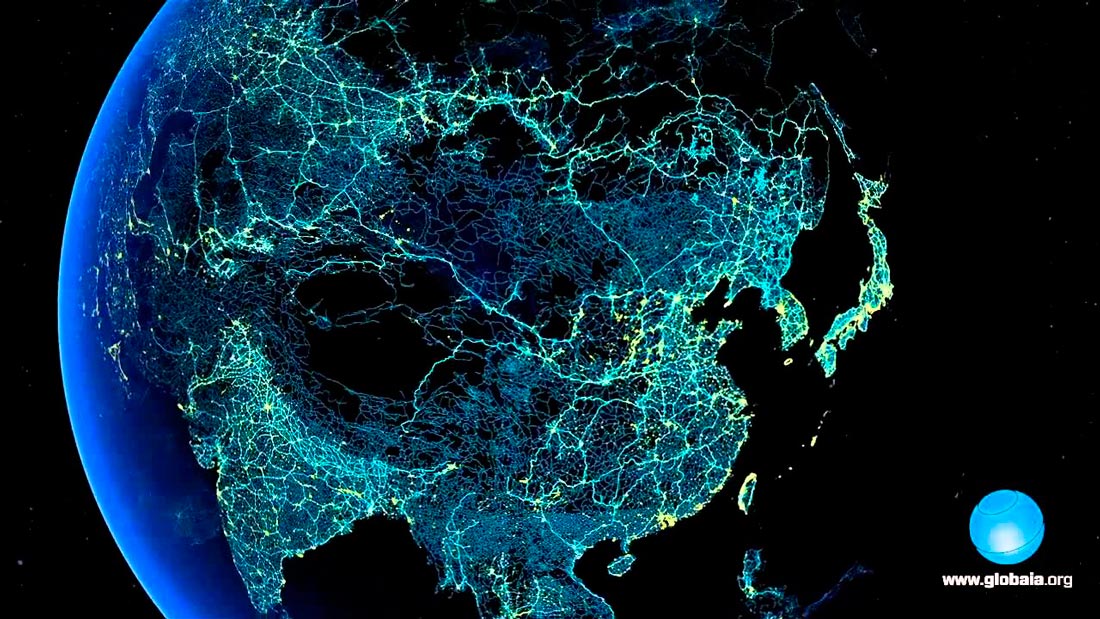 Nervous systems are devices that sense and then turn sensory inputs into behavioral outputs. With the growing capacity to compute now at the scale of the planet, with the number of sensing devices this planet has acquired, and with the current crises we are facing, it seems inevitable to think of planetary-scale action.

The context, i.e., the planet, as encompassing all sub-ecologies, is the full canvas, such that all extensions (rockets, satellites, etc.) are accounted for as well. Through reconstructing the context as mediated by those sensing devices, models of that immensity and complexity are important to produce behavioral actions on complementary scales. The challenges of today are bigger than ever, not only because they have become more alarming, but also because the planet is equipped with instruments that enable a certain level of conceiving those phenomena. Having the capacity to sense and perceive the context automatically generates a need for being responsive, which is equally dependent on the same perceptual system. Planetary-scale action can only be possible through planetary-scale perception (making sense) of planetary-scale input. This kind of mechanism suggests the notion of automation at the scale of the planet, which is conceptualized in this discourse as a planetary connectome(s), or a planetary-scale nervous system.