Waterfronts are magical places where the water meets the land and people can reconnect with their waterways. But during the industrial revolution, many communities made waterways their backdoor. Detroit was no exception with its Detroit River. For two centuries, the Detroit River – a 32-mile connecting channel that links the upper Great Lakes with the lower Great Lakes and a shard resource between the United States and Canada – was perceived as a working river that supported commerce and technological progress.

It was 1989, and I was attending a meeting on the 17th floor of Tower 600 of the Renaissance Center in Detroit that faces east and upriver towards Belle Isle, a 980-acre island park in the middle of the Detroit River. It was a striking view of material storage piles, surface parking lots, dilapidated warehouse buildings, and three sets of cement silos. I couldn’t help but think that these cement silos were like sentinel solders standing guard on Detroit’s east waterfront that had long lost its industrial glory. Even though much of the industry had long left this waterfront district, these sentinel solders were remaining true to their orders given many decades before.

Clearly, Detroit was an industrial town with primarily a working riverfront that supported industry and commerce. However, times had changed. There were fewer people and industries, and much underutilized and undervalued riverfront land. Urban planners and landscape architects describe this as a post-industrial waterfront. 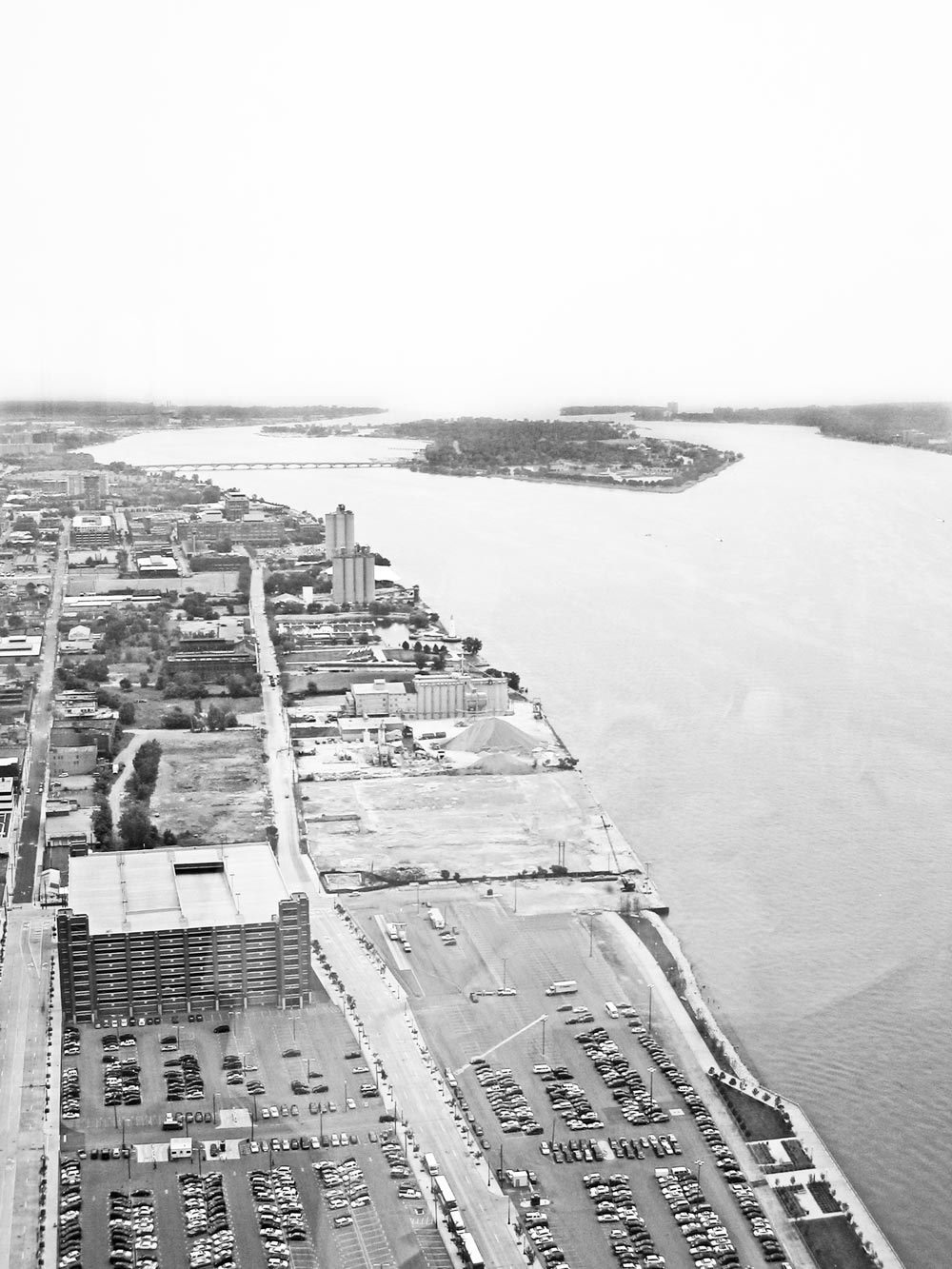 The book titled Waterfront Porch: Reclaiming Detroit’s Industrial Waterfront as a Gathering Place for All, is the story of building the Detroit RiverWalk as part of a strategy to reconnect people with nature, help revitalize the city and region, and help foster a more sustainable future. Detroit was the epicenter of the Fur Trade Era, an unparalleled leader of ship building for 100 years, the “Silicon Valley” of the industrial age, and the unquestioned leader of the Arsenal of Democracy. Today, Detroit is once again demonstrating its creativity, innovation, and work ethic in building the Detroit RiverWalk, and leading the nation down a more sustainable path. For more information about this story of building a new Waterfront Porch for all people and wildlife that will give hope and provide further evidence that Detroit has a bright future, visit: http://msupress.org/books/book/?id=50-1D0-4543#.XMeS-2hKjIU