Day Care Center in La Chapelle-Les Sciers: All about Connections

The project uses its splendid location, an open clearing with two tall cedar trees and a gently inclining orchard, to allow the landscape to enter into the centre of the building. The day care centre and playground are treated as two parts of a puzzle, as the permeation of interior and exterior spaces. 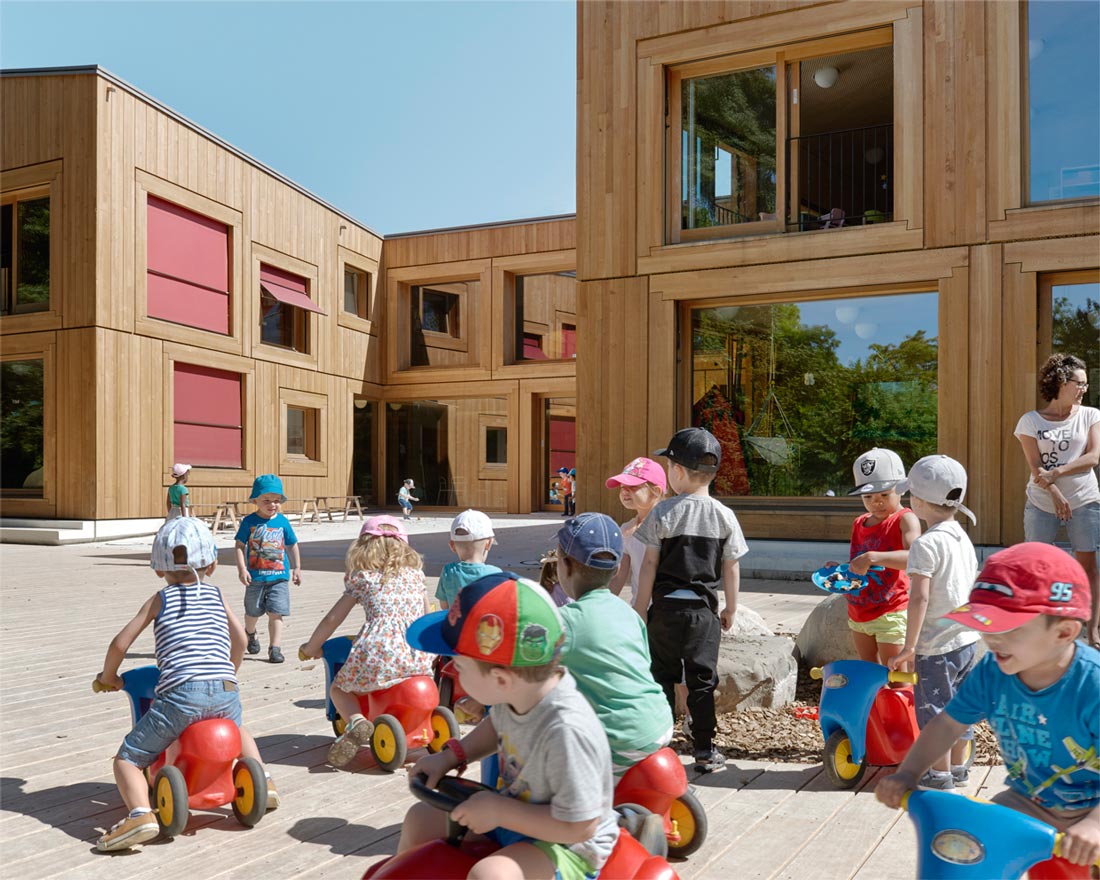 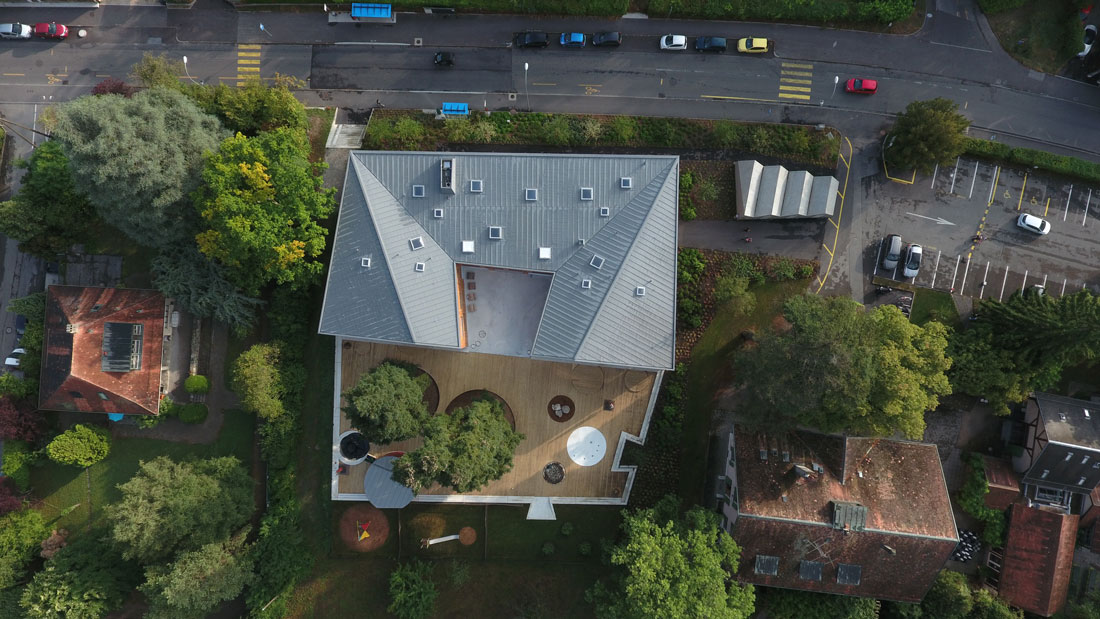 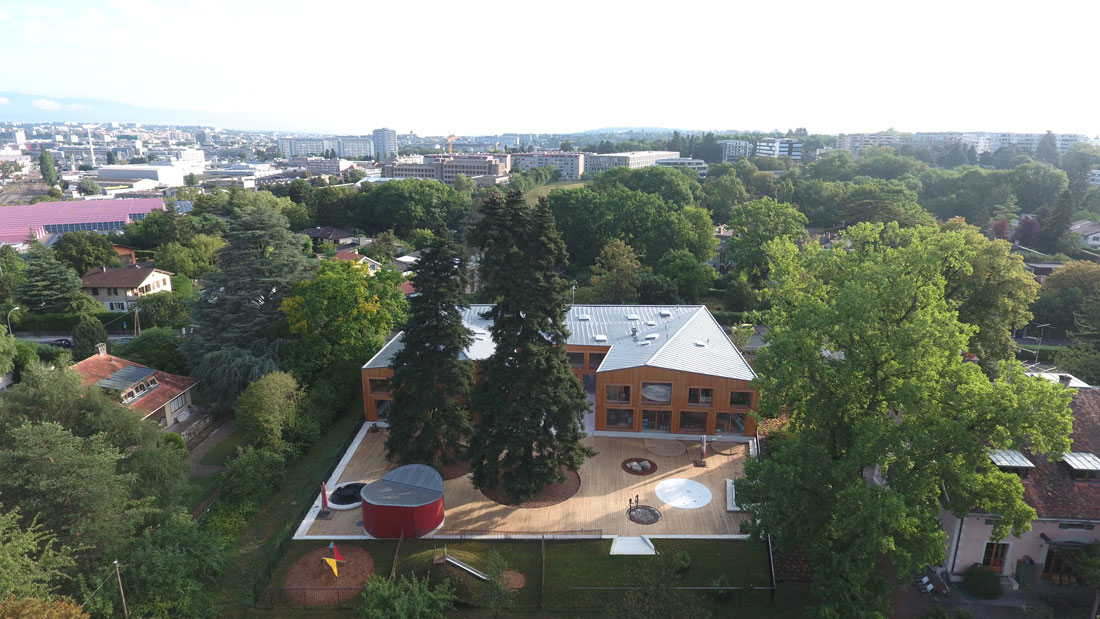 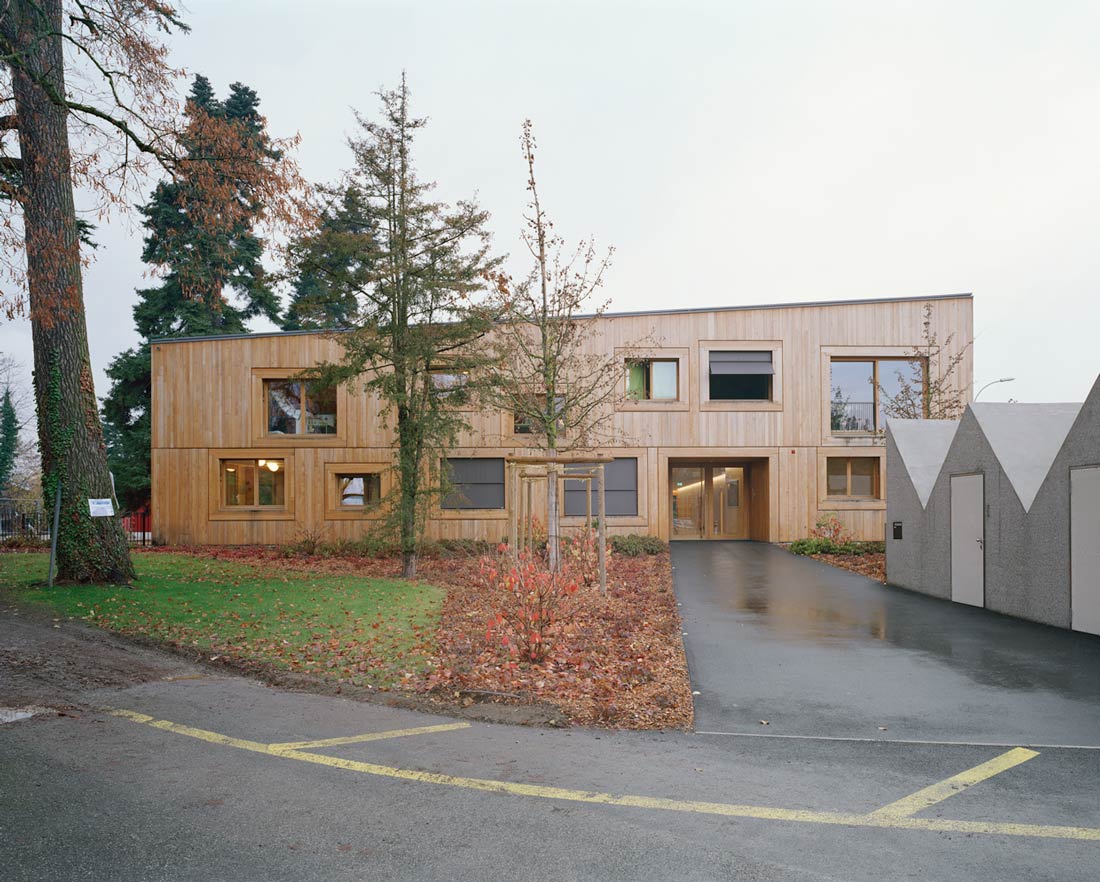 The playground, a guarded, protected exterior space where the children spend a great deal of time, is a key element of the project that is just as important as its alter ego, the building itself. Sunken 60 cm into the ground, the playground sets itself apart from the rest of the clearing. It is enveloped by a long, continuous bench and creates a special, privileged reference to the surrounding nature. It achieves a clear topography, as though it were a room that opens up towards the sky. The dovetail wings of the building highlight the structured connection to the exterior space. 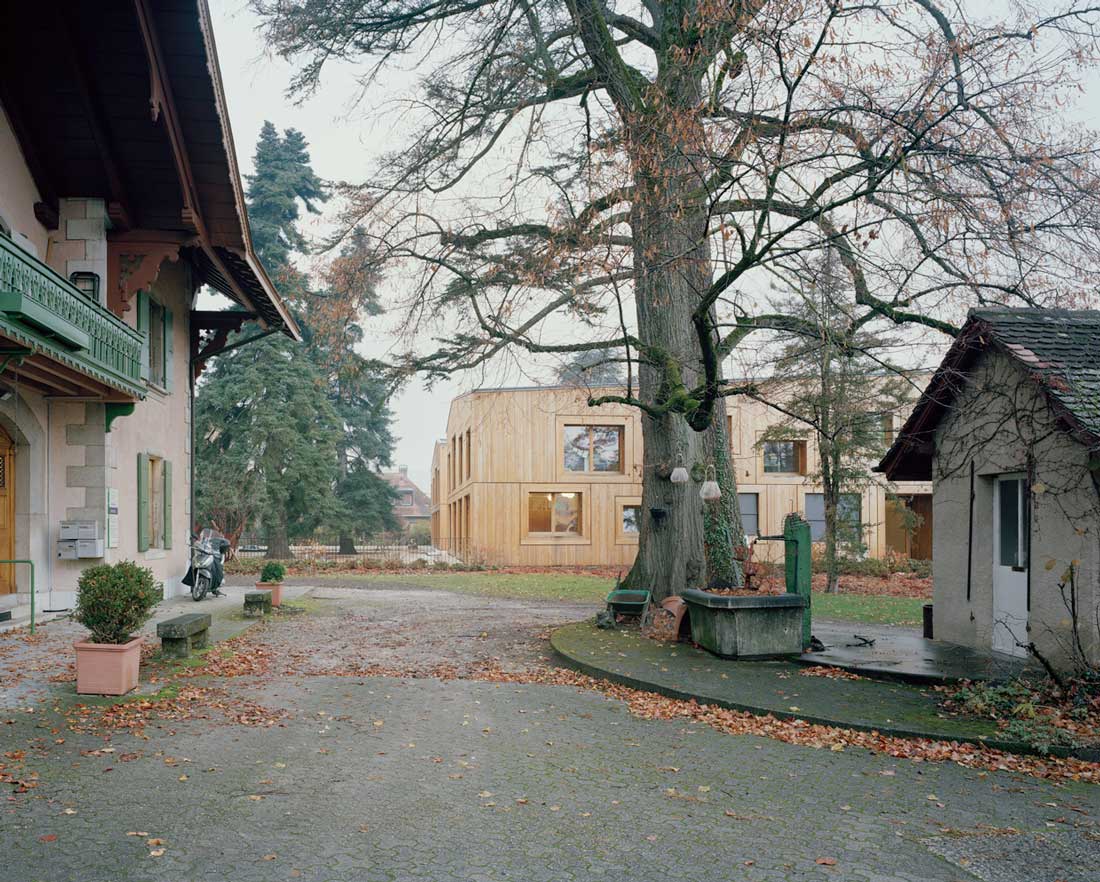 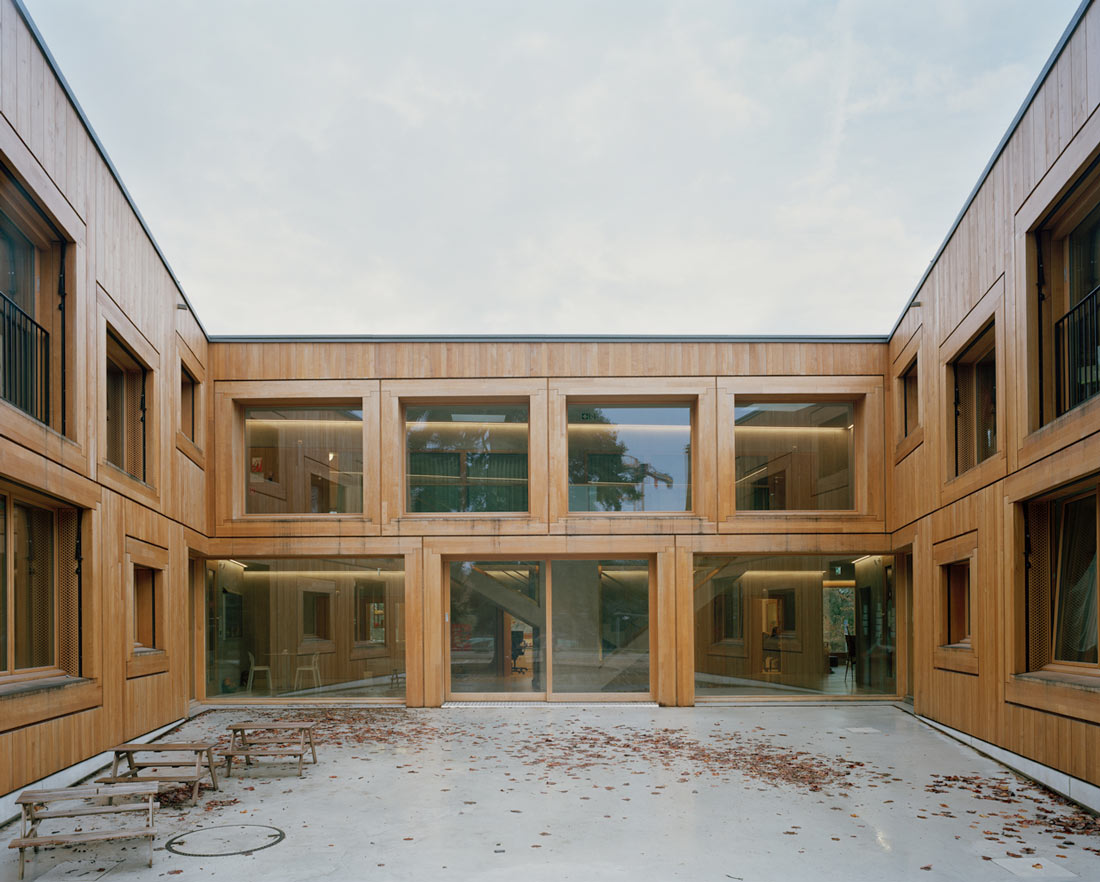 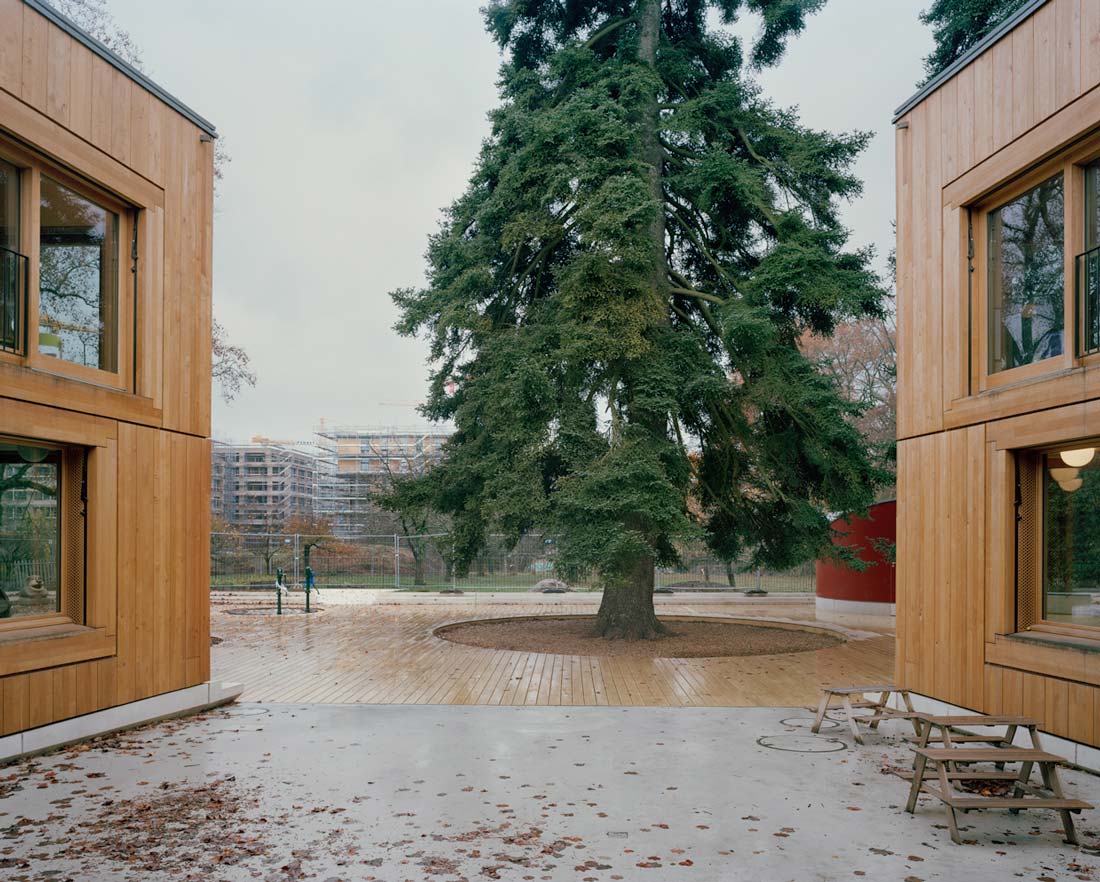 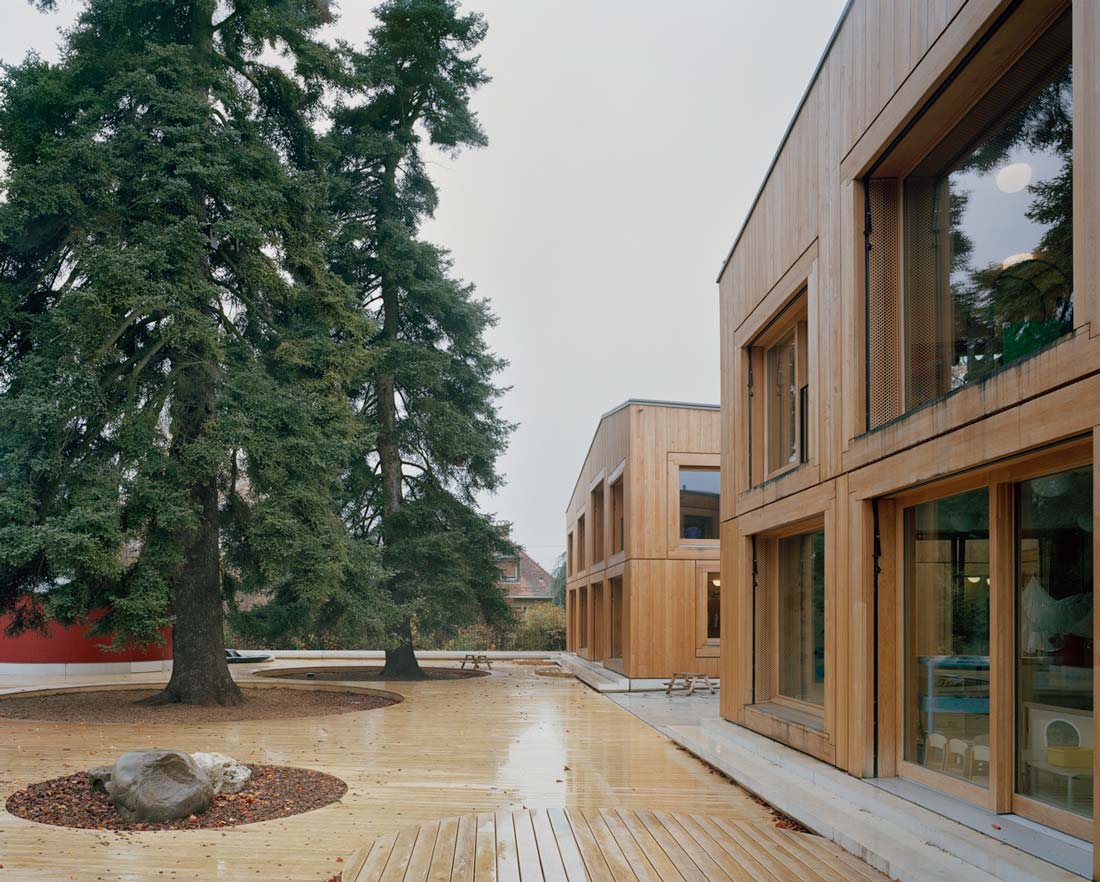 The programmatic organisation within the building is simple and clear: in each of the wings, four groups of children are accommodated, while the common areas are housed in the northern section. A large entrance hall connects the different sections. The building is clad in wood and simultaneously resembles a large, cut-out block, a pavilion beneath the trees and a musical instrument or wooden toy. It plays on the relativity of scales of these perspectives and associations, thereby humorously referring to the world of children’s games. 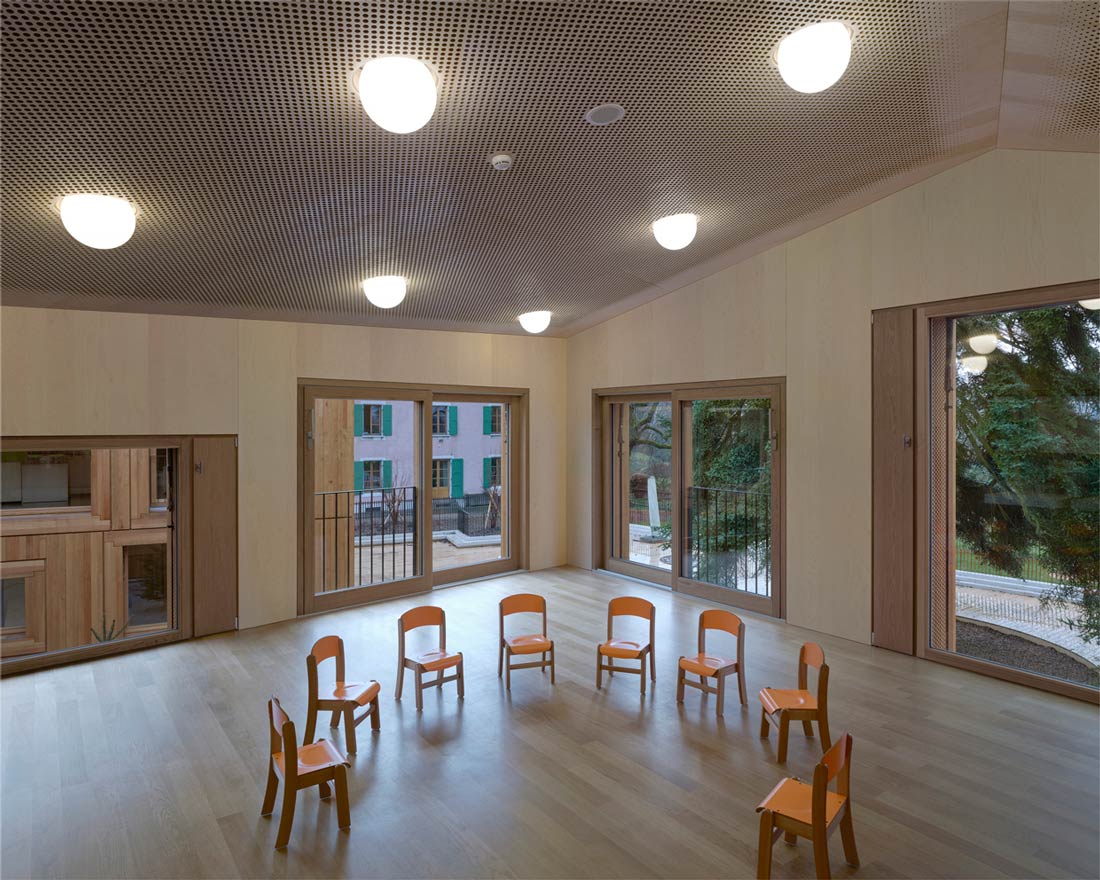 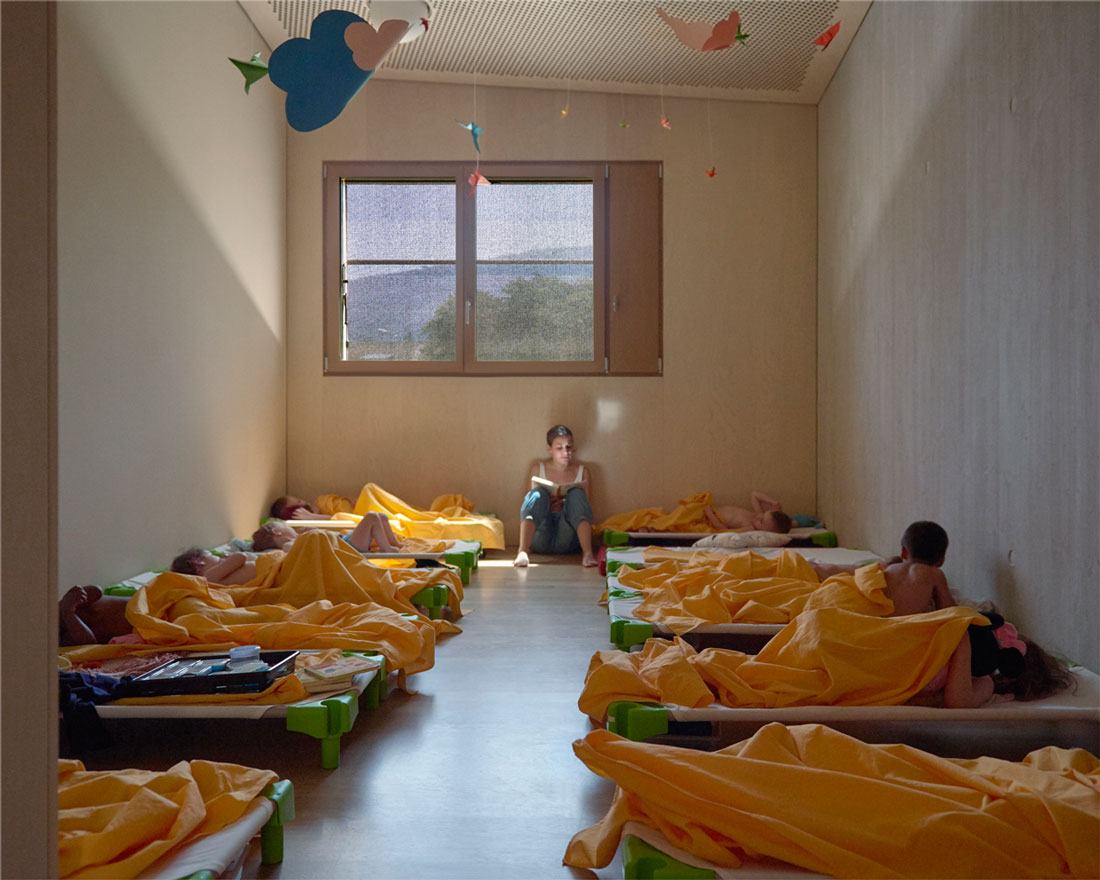 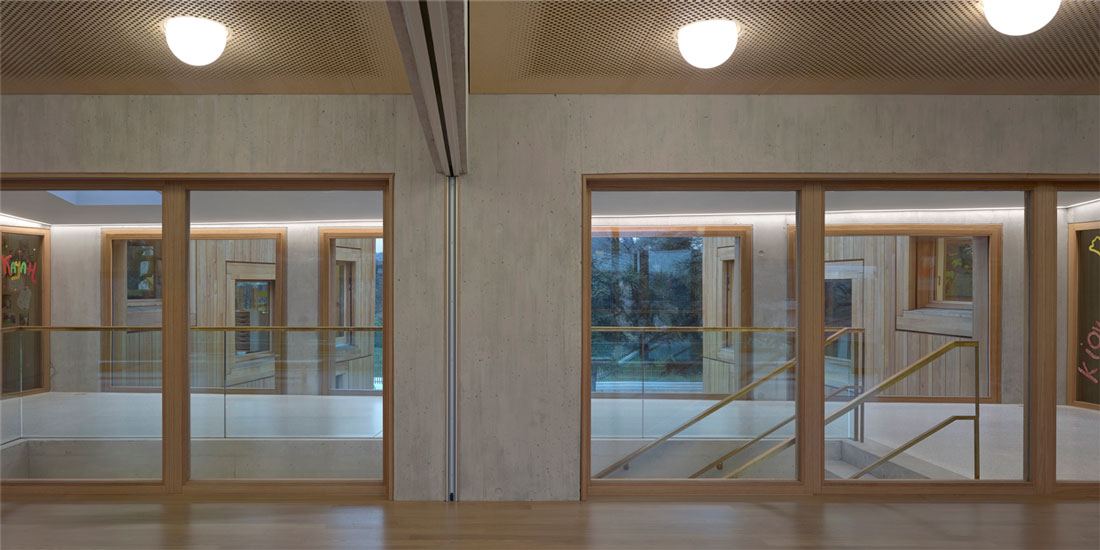 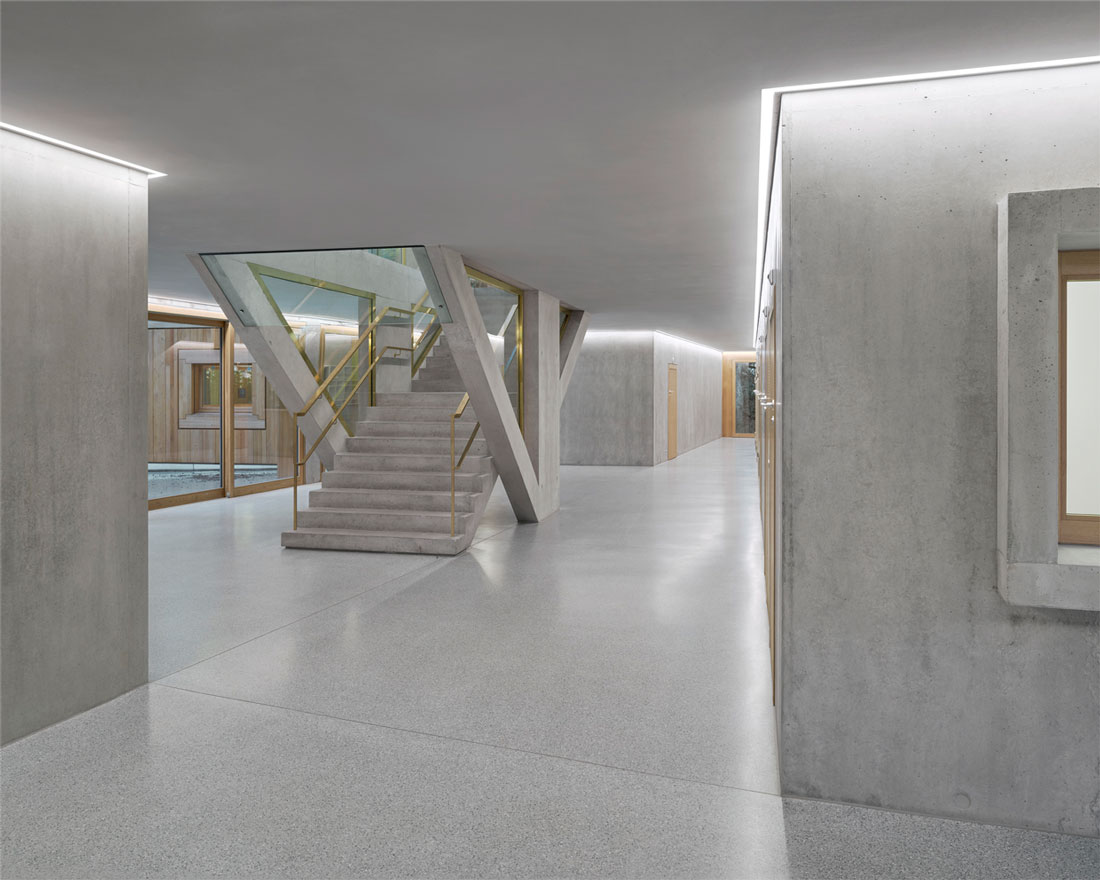