The building is located in the Colonia Roma district, a historic neighbourhood in the central sector of Mexico City. La Roma developed in the 19th century as one of the first extensions of the city centre, with an orthogonal grid of large houses inhabited by the city’s upper classes. After the emergence of suburban life in the 1950s, la Roma’s population decreased throughout the second half of the 20th century, getting to its worst with the earthquake of 1985. Due to the location of la Roma in what was once Lake Texcoco, the subsoil is highly muddy, so seismic waves are amplified. Thus, during the strong earthquake of ‘85, la Roma was one of the more affected areas of the city: many buildings collapsed, and many of the structures that resisted were abandoned by their inhabitants because of structural damage or because of the fear that the buildings would not stand up to another earthquake. The neighbourhood became deeply deteriorated, with high levels of insecurity and abandoned buildings, until its recent re-emergence as one of the most active areas of the city, filled with art galleries, small restaurants, cafés and young people occupying its streets and public areas again. 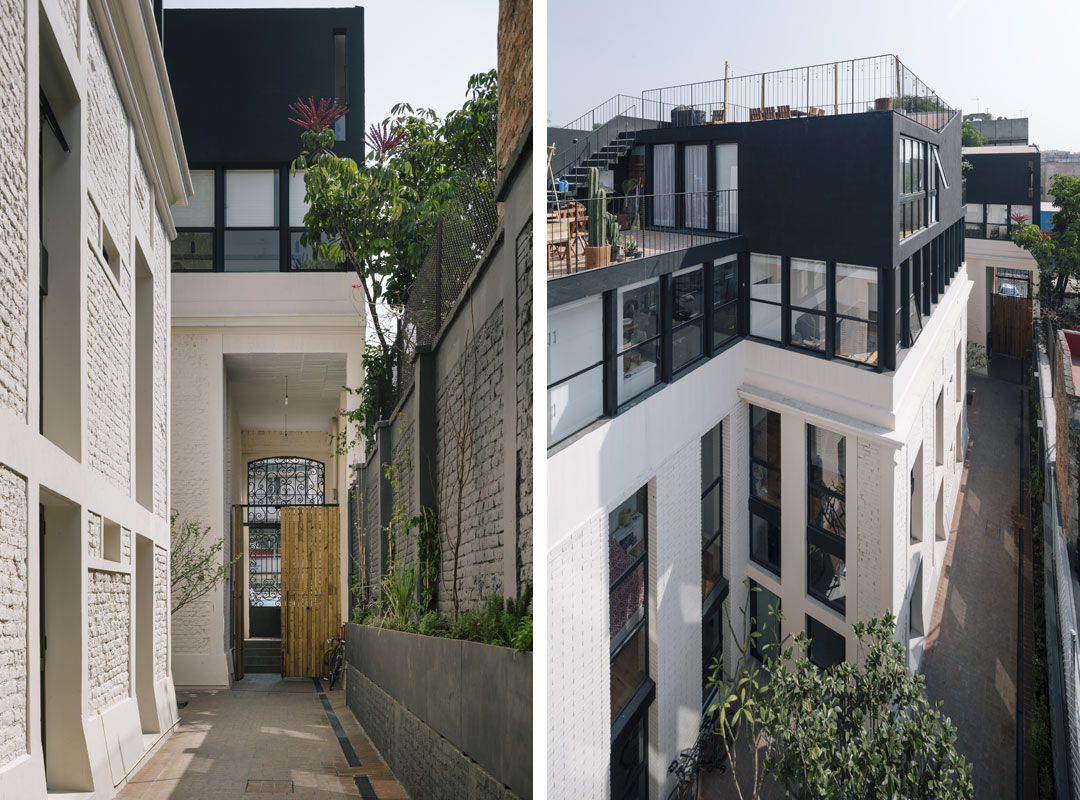 The project builds on the initiative of the Urban Recycling start-up. The brief is challenging: building housing in a listed building of historic value, without any parking area – in a city where cars are king – and incorporating commercial space on the main floor in a culture where that condition is typically associated with the reality of the lower social classes and not understood as an essential element for creating urban quality. 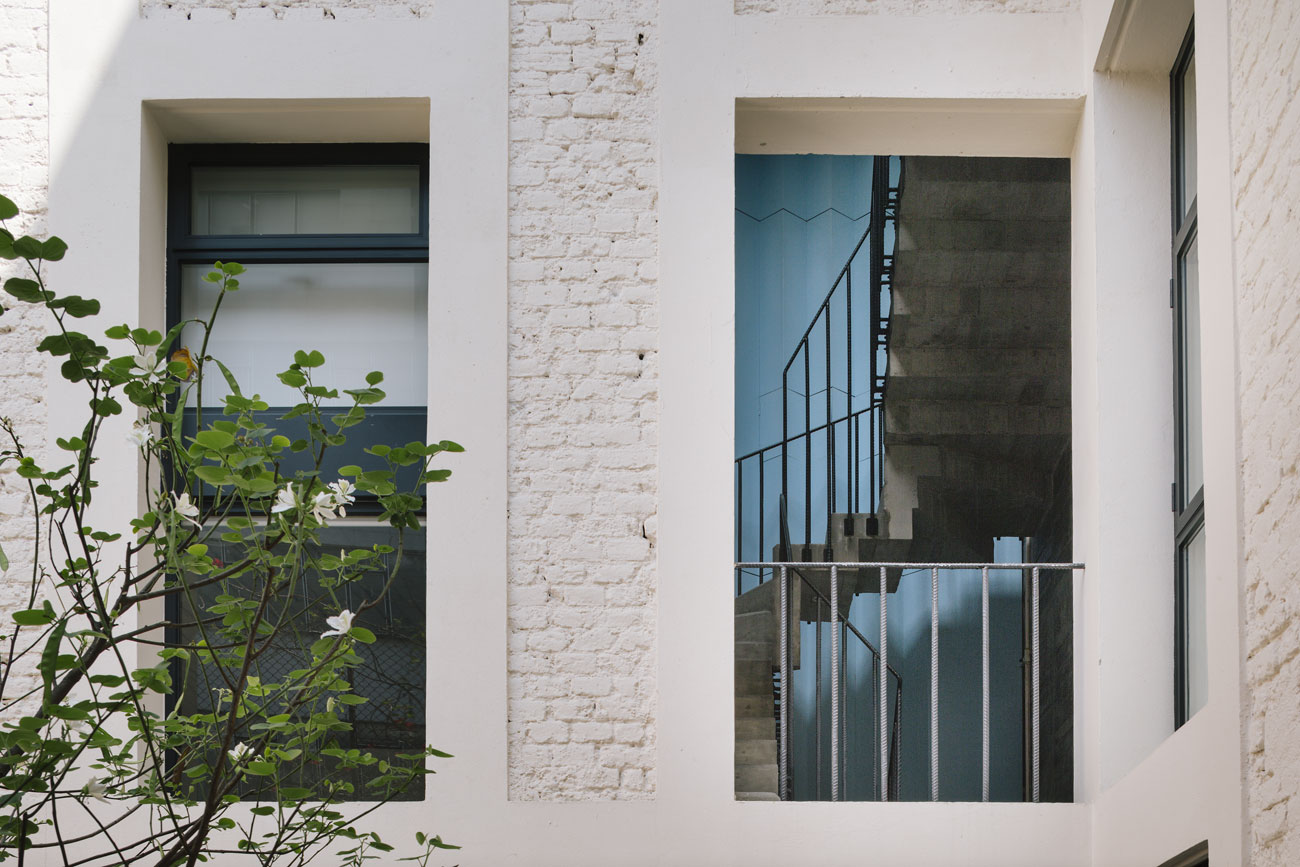 ReUrbano identified an old house of historical value that had been abandoned after the death of its 80-year-old occupant and engaged us to transform it into a housing building. The project will have 9 apartments of various sizes and configurations, as well as a commercial area along the front façade. The project forces us to confront the value of architectural form within the urban grid, as well as that of heritage and the ways we intervene in it. We aimed for a discrete project, and we were determined to respect the spatial structure (and the essence) of the existing house. 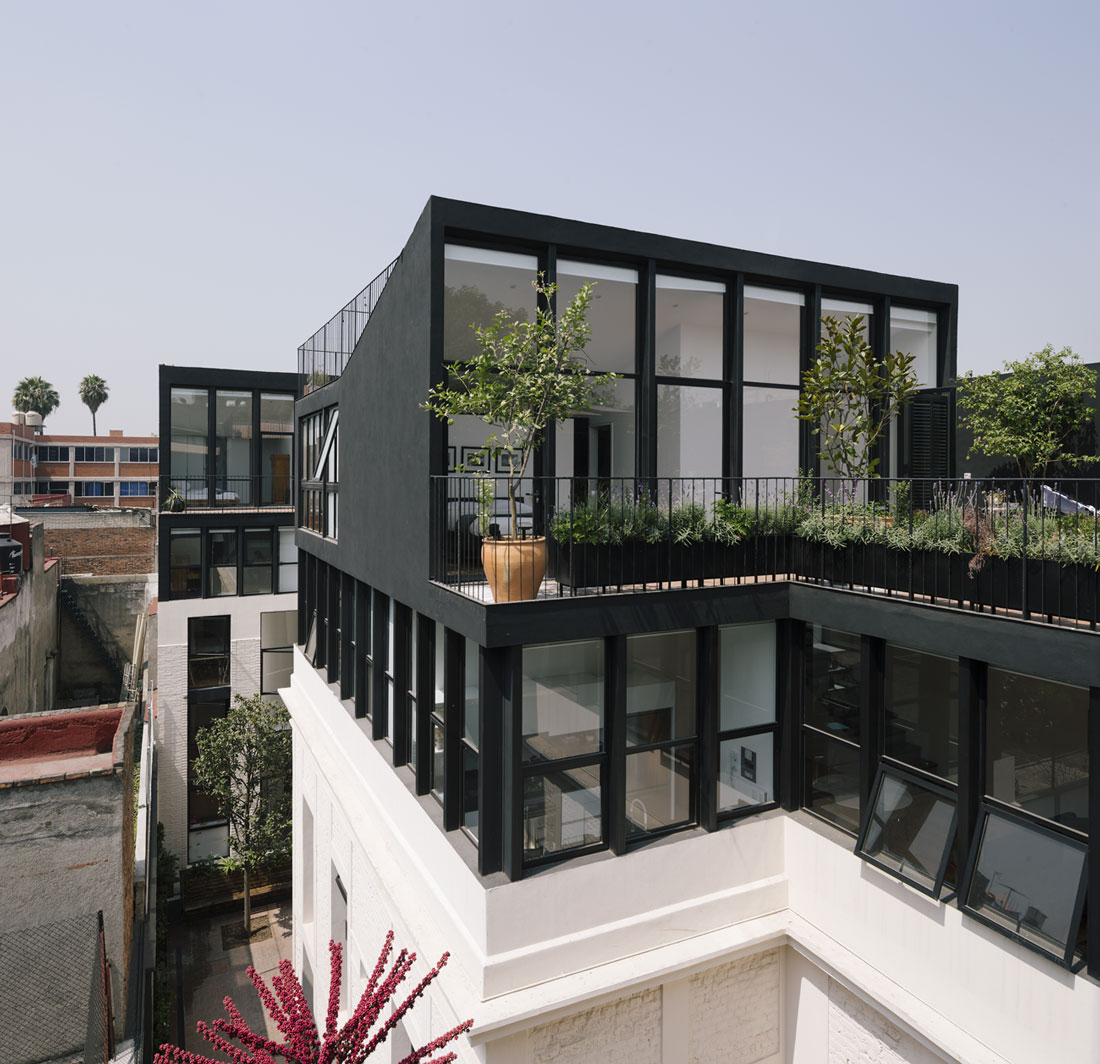 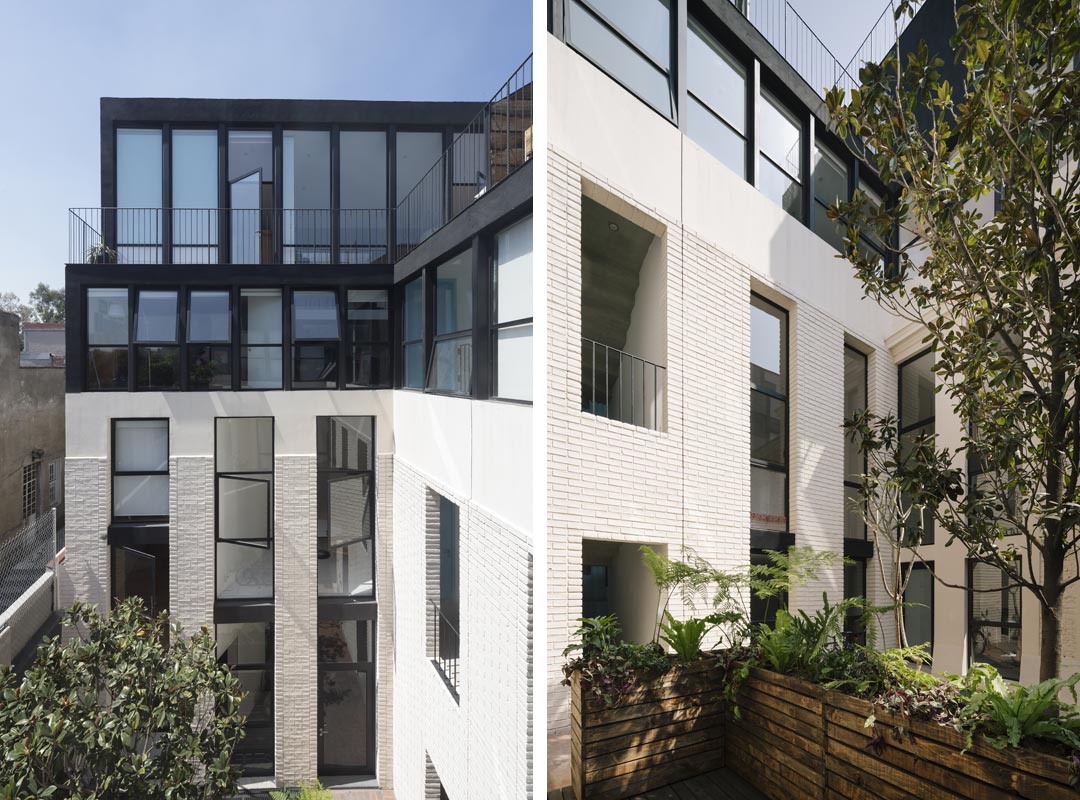 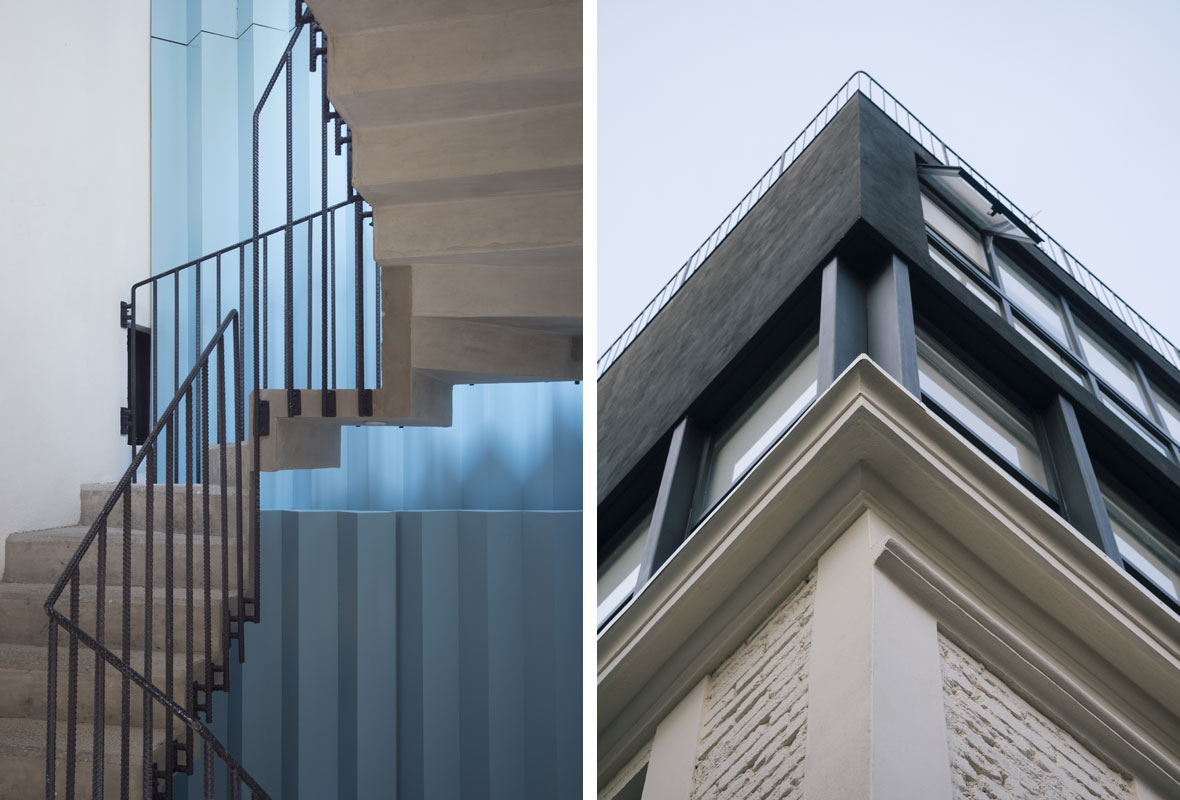 The project maintains almost the entire existing building, beyond the dictum set by the local preservation instances, which establish that only the façade needs to be preserved. We believe in the value of the structure that holds up the façade, as well as in the interest of its current spatial configuration, and we are confident of its possibilities despite the occupancy increase. The existing building occupies the majority of the plot, although there are remnants of a service area, independent from the actual house, at the rear of the plot. The project is based on a detailed analysis of each of the existing elements, looking forward to generate a different reality – more consistent with the new economic and social reality, but in harmony with the original building: past and present coexisting, respecting and creating a new reality built from two architectural typologies which respond to two different historic moments. 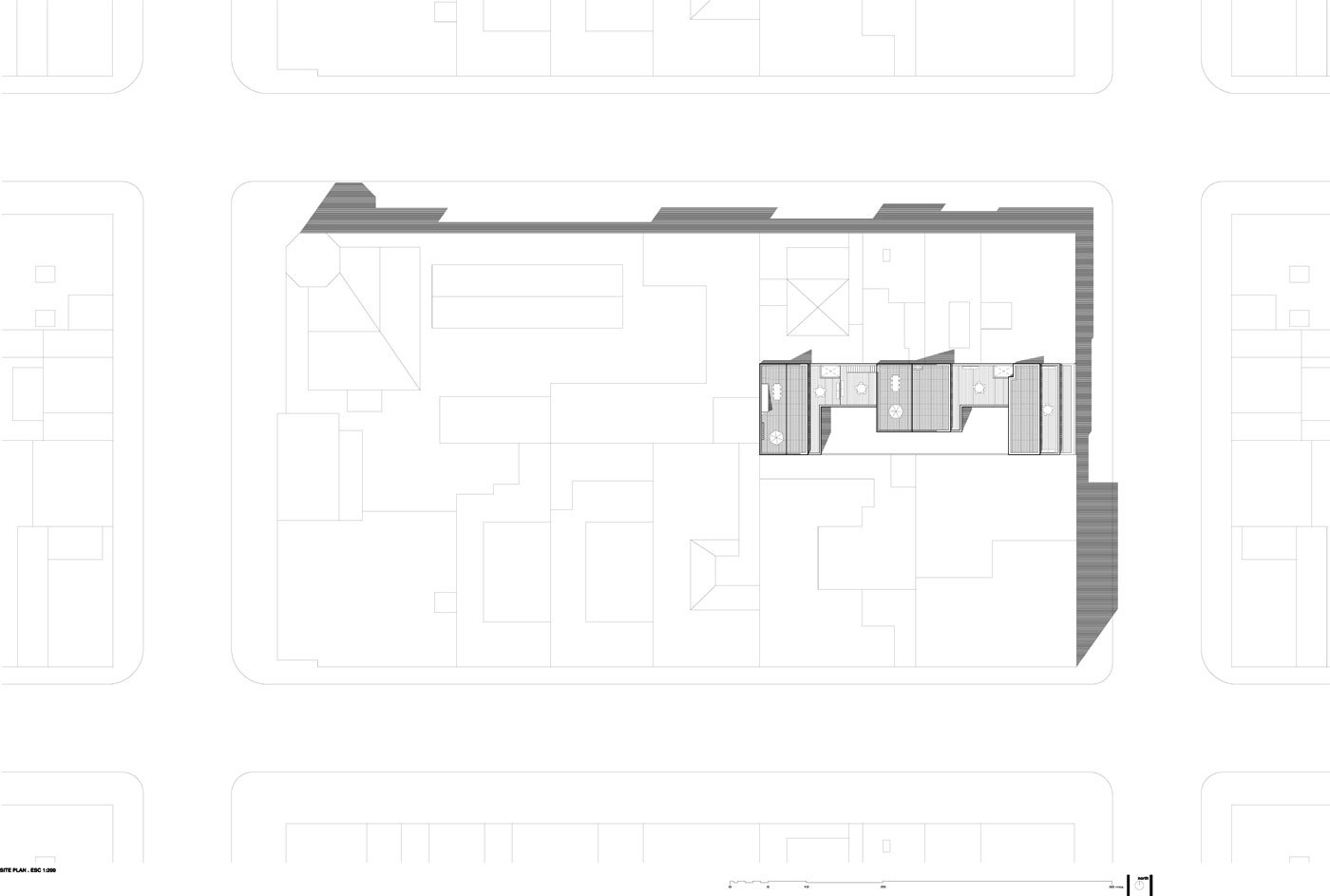 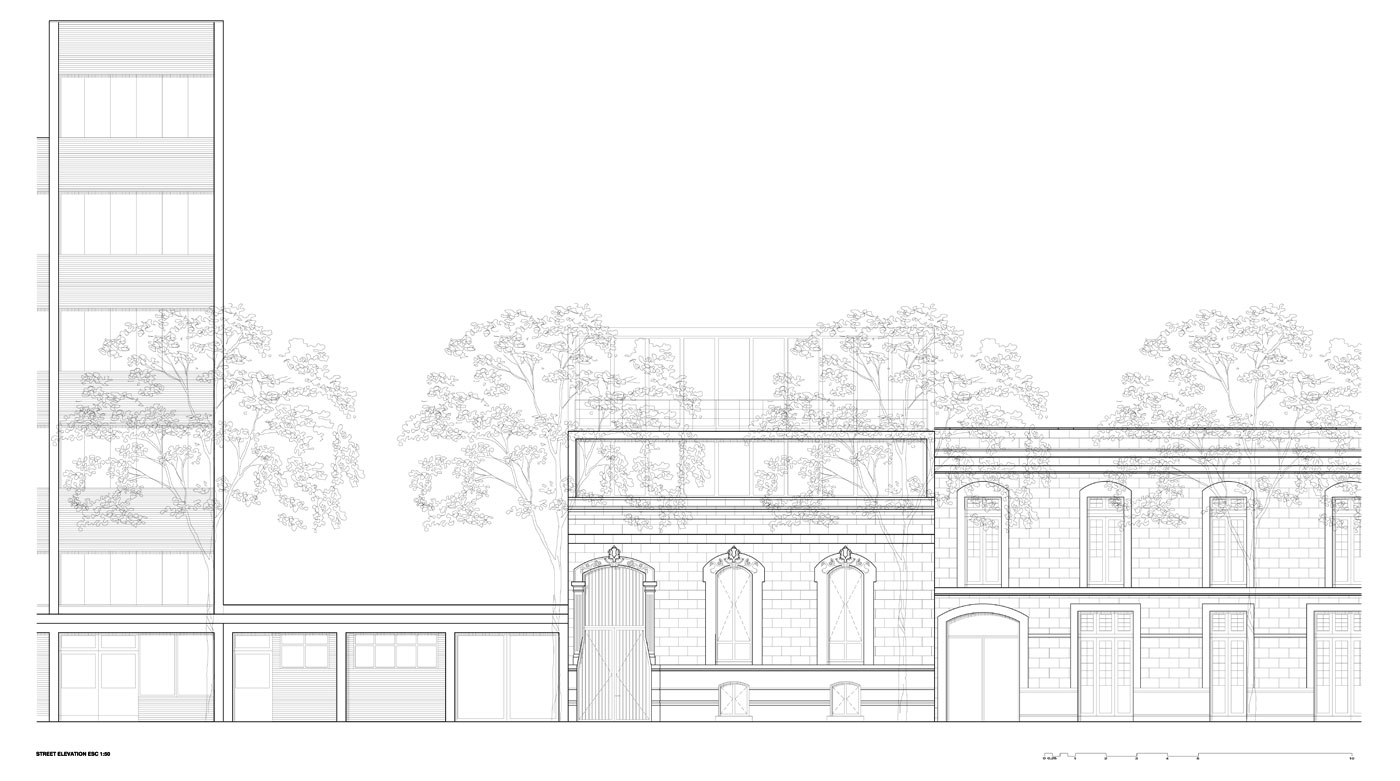 The project is structured through an outdoor lateral corridor; the existing courtyard that provides entrance to the original house is replicated at the rear, and therefore the two main cores to access the units are now related to each of those patios. The addition to be built on the back of the house – replacing the old service area – outlines this second patio and has the form and materiality of the existing house, although it uses current technologies. The addition is clearly identifiable by a professional, but provides a continuous reading to a distracted eye. The project also grows in height, both within the existing building and by the addition of two new floors onto the old house. Digging 1.5 m below street level, and building a series of intermediate levels inside the house, the interior of the existing house transforms from its original single level to up to three levels at some points. To highlight horizontality, the façade of the first floor to be built on top of the existing building is fully glazed, in order to lighten the weight of the new addition, as well as to differentiate the original building from the new intervention. The very top floor of the addition is constructed with air and architecture: a succession of terraces and built volumes modifies the perception of the overall building height and slims the project to appear as a chain of small towers and not as a continuous solid volume. 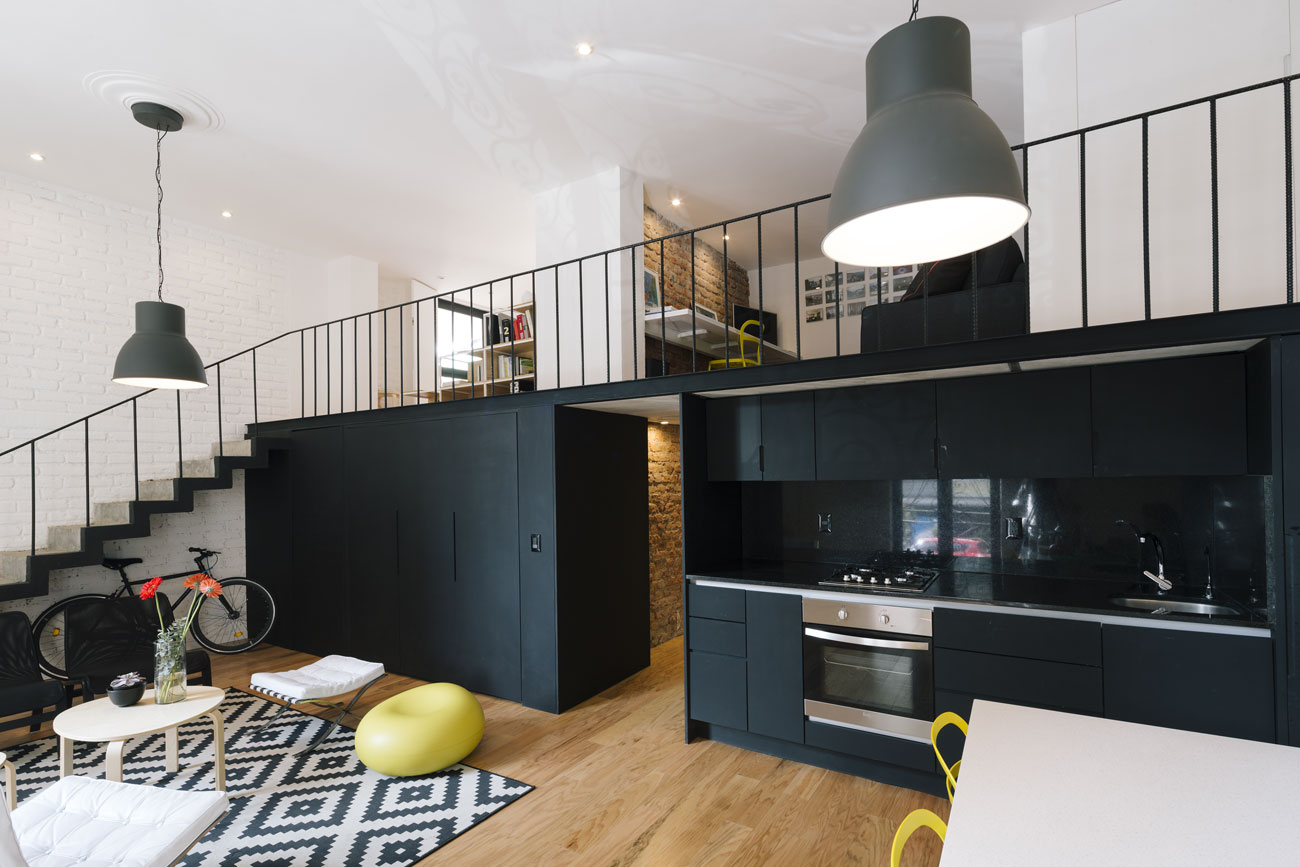 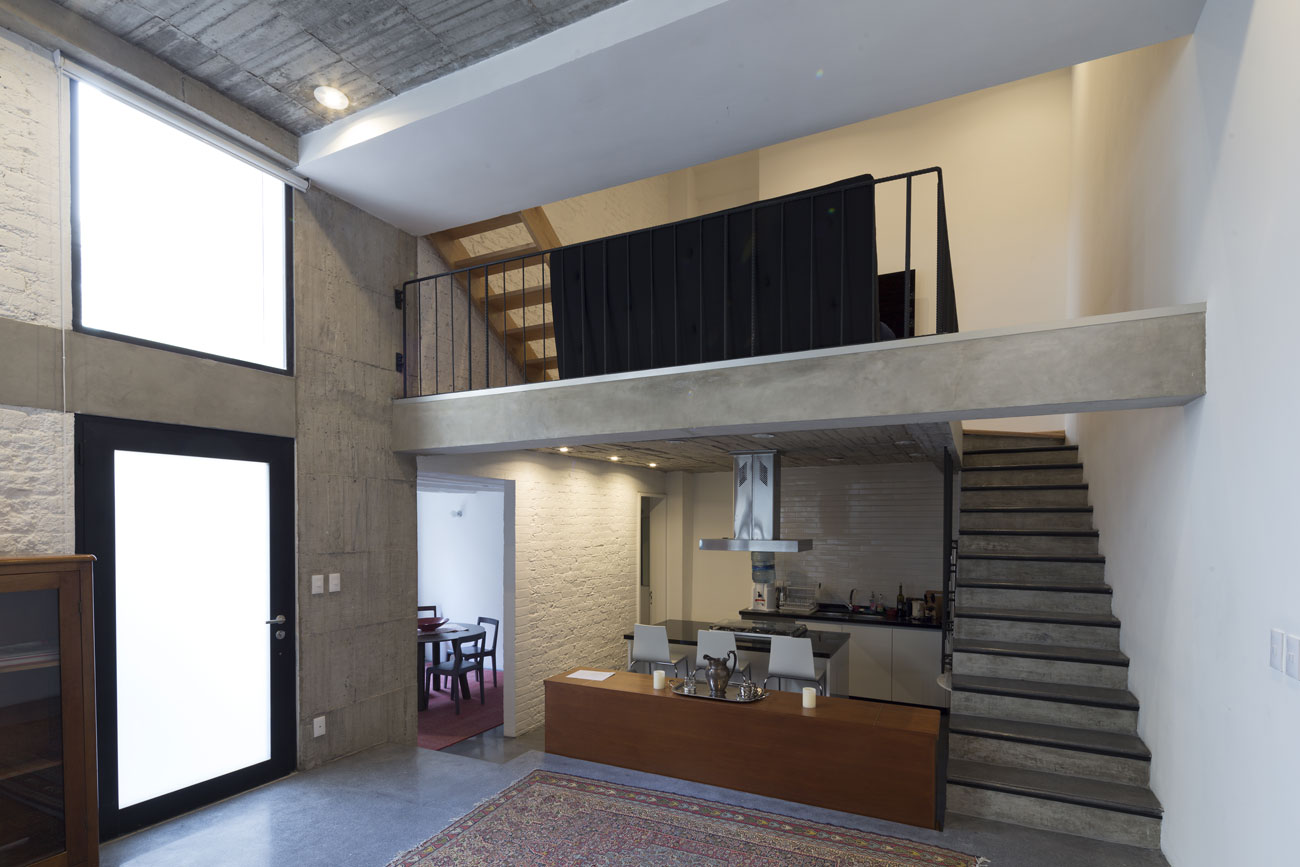 Materiality is key to the project. The original house is built in brick, a material that has also been used at the back of the building. Brick is a living rough material, full of identity and history; the new construction differs from the original by small details, ranging from industrial production to how walls are perforated. There are small subtleties that let us read the difference but that, through their likeness, build a single entity. The volumes on the upper level have their own identity, both due to the material itself, and to the colour (black, not white, to help lighten the weight of the addition). The materials enhance the generation of unique spaces, with great personality, designed for standard families, with changing needs that are also standard: rooms, bedrooms, kitchens and bathrooms from unique spaces, intricate with the old and the new structure, ready to be appropriated by individual and different lifestyles that correspond to the new inhabitants. 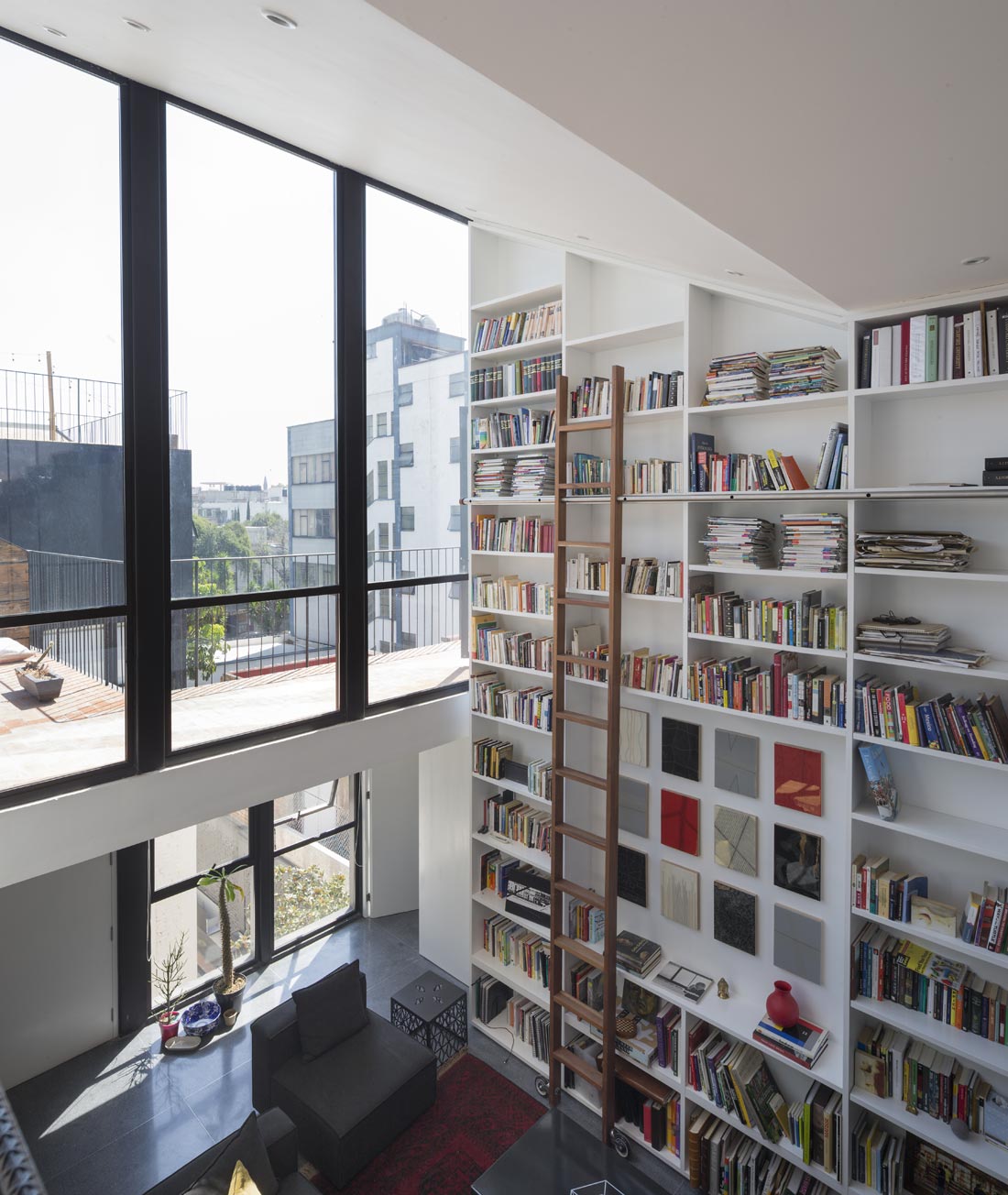