An innovative indoor sleeping pod for homeless people has been designed by architects Reed Watts. Launching at the 999 Club’s night shelter in Deptford (London), the 10 pods deliver private and secure temporary accommodation that can be assembled by hand and is available to everyone under the Creative Commons license. 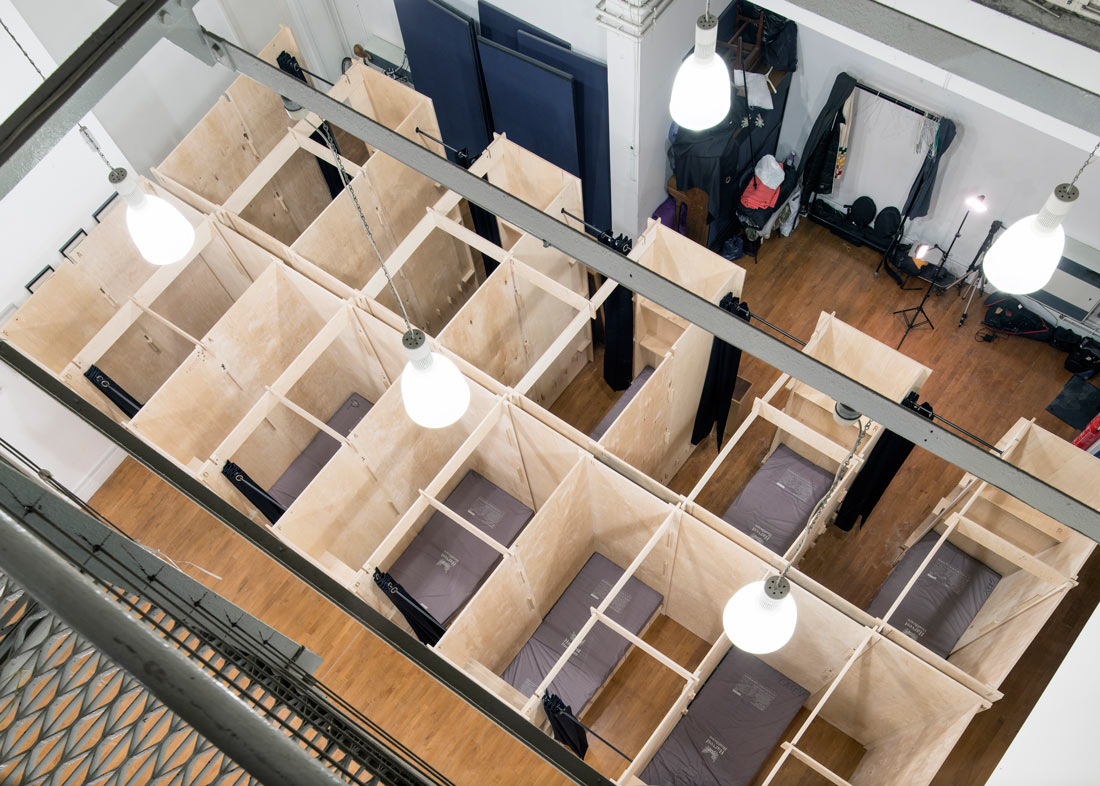 In 2017, an open competition was held by the charity Commonweal Housing, prompted by research into the lives of migrant workers living in tent encampments in London. Reed Watts were selected as the winners as their modular pods met the criteria for a reusable, short-term structure that could be installed in halls and empty and underused buildings.

Reed Watts design is made up of a several interlocking, pre-fabricated panels that can be easily stored, moved and assembled by hand without the use of tools. 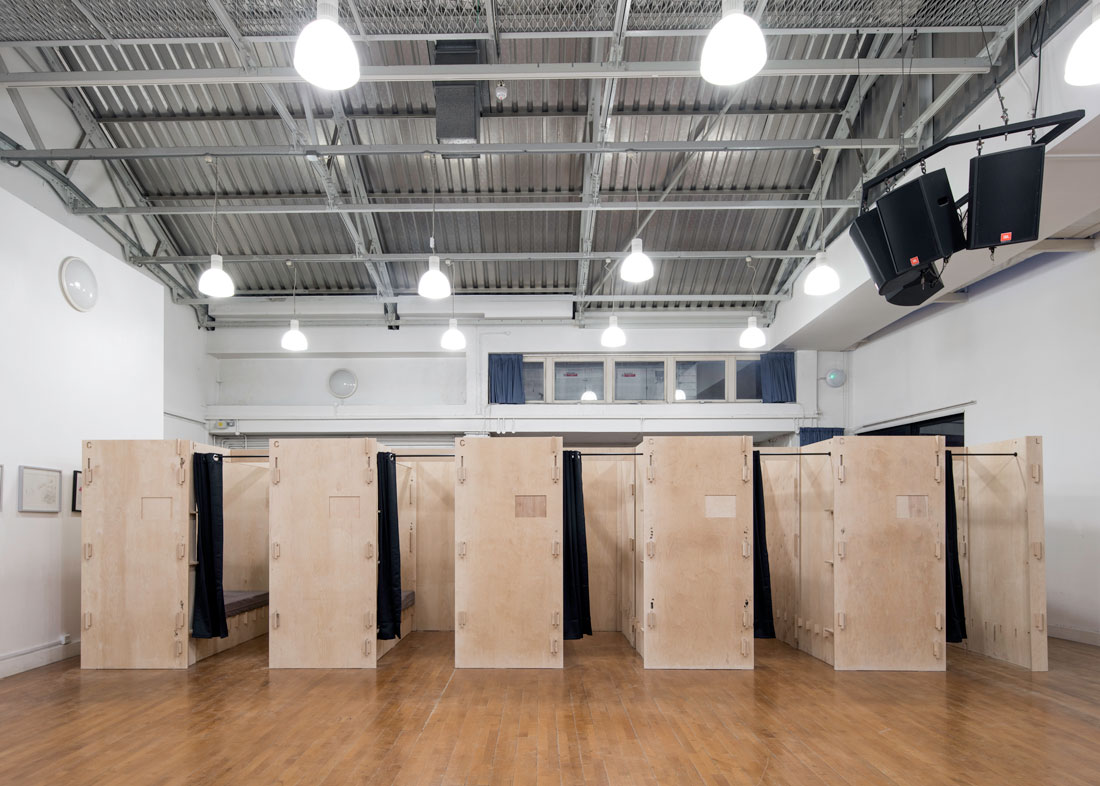 The pods stand 2.1 metres high, 2.1m in length and 1.9m wide, are made of 18mm thick, fireproof birch plywood and have privacy partitions with a raised platform for a mattress that acts as both a bed and a seat as well as storage space for personal belongings. Two of the side panels are shared with the adjacent pod, and a curtain on a rail can further close off the personal space at night-time.

A prototype was built earlier this year and tested out at the 999 Club and Housing Justice in Hillingdon, West London. The impact on people using the pods has been very positive. One of the first to benefit was Mark (whose name has been changed), a 48-year-old male with a history of mental illness. He had previously stayed at the night shelter in Hillingdon, but had struggled with its communal nature. 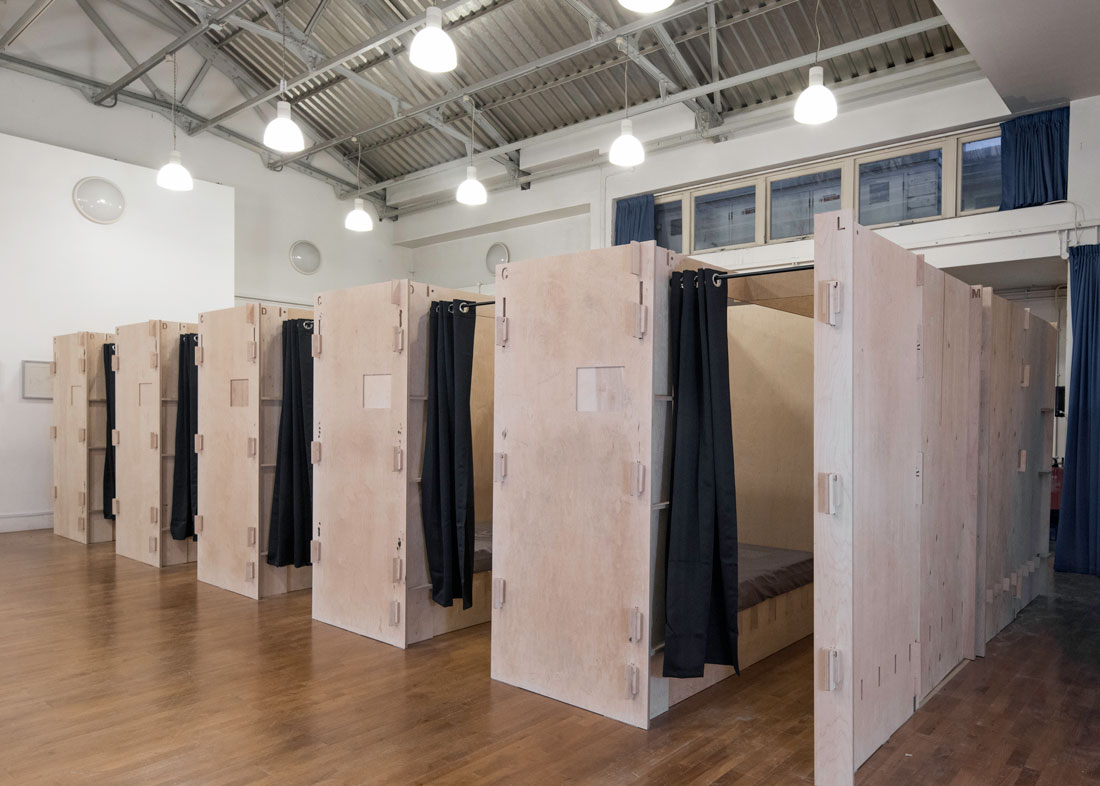 The pods, he noted, provided him with a sense of security and having somewhere to return to after work additionally brought a sense of normality to his life. This reminder, coupled with the privacy of the pod, had an aspirational impact on him, reinvigorating his sense of worth, whilst providing him with an additional drive to work towards finding more permanent accommodation. 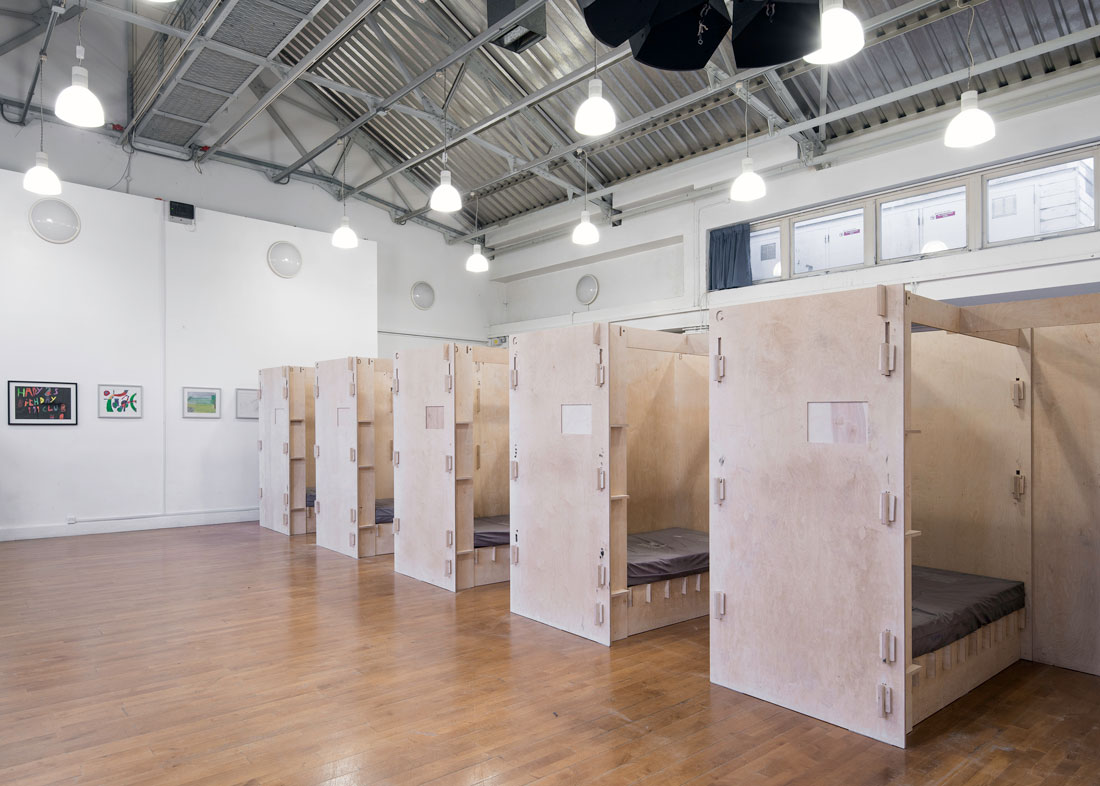 Following feedback from shelter management and guests, the initial model has been refined with its height reduced slightly to make it easier to install, and the raised mattress platform added to create the latest version.

To further enhance the accessibility of the project, Reed Watts and Commonweal Housing will release the design on a Creative Commons license so that other organisations, charities and councils can benefit from the pods.