Bringing Gardens Back: Renovation of the Garden Ring

During the Soviet Union, the Garden Ring was developed as a major transport highway with an aggressive automobile environment in the center of the city, which was designed primarily for motorists. Underground crosswalks, though created to safely bring pedestrians from one side to the other, ended up sacrificing the best and most sunlit portion of the Garden Ring to traffic and breaking the visual connection between the two sides of the road.

The Garden Ring consists of 20 streets. Its total length is 15.6 km.

The project drew together 18 architectural firms, ranging from star architects from all over the world to young local architects. The main principle of the project was to open up the creativity of young local talent, with Strelka KB acting as design mediator and consultant. All teams were briefed by Strelka KB and Strelka Architects. The project was divided into linear segments which were developed by Strelka Architects, and key spaces which were developed by famous international firms, as well as young Russians architects. 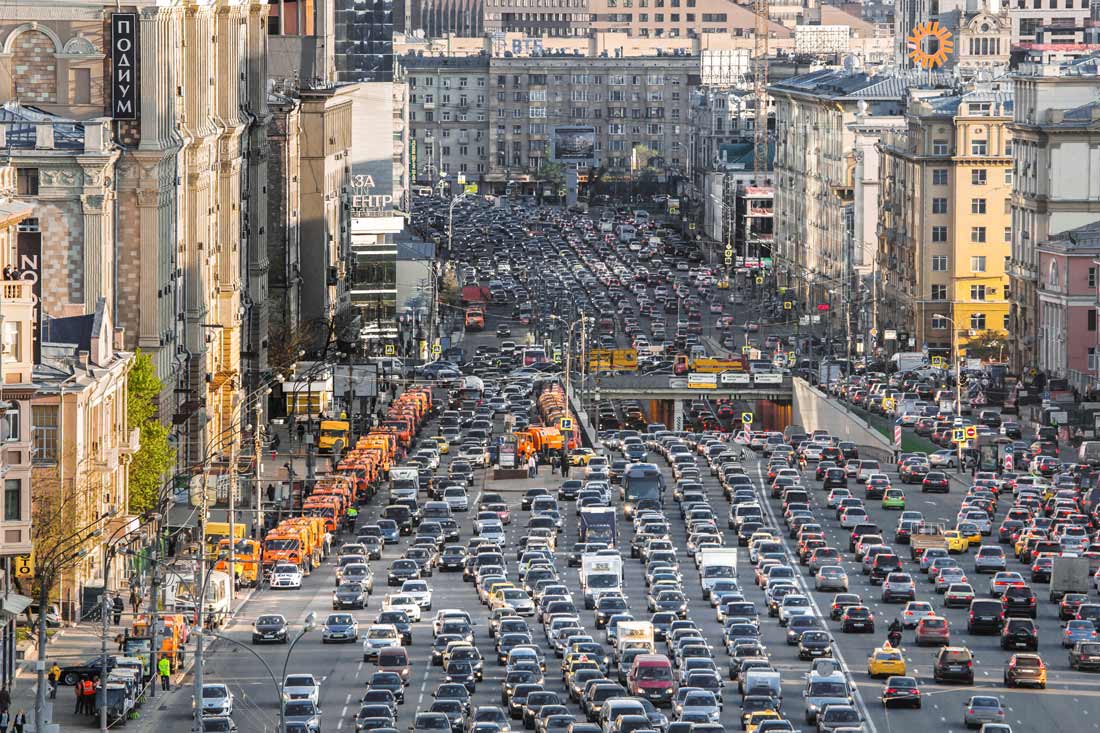 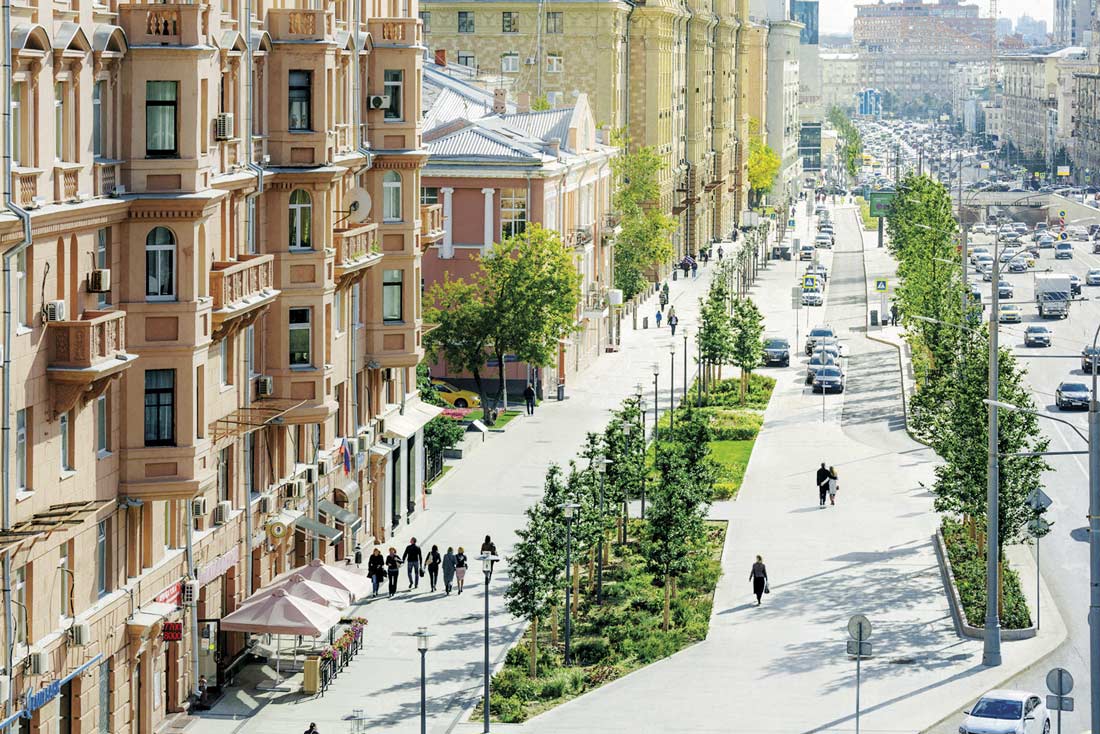 Novinsky Blvd before and after the renovation. Wider sidewalks and trees make the street greener and more pedestrian-friendly © Moscow Municipal Services Complex 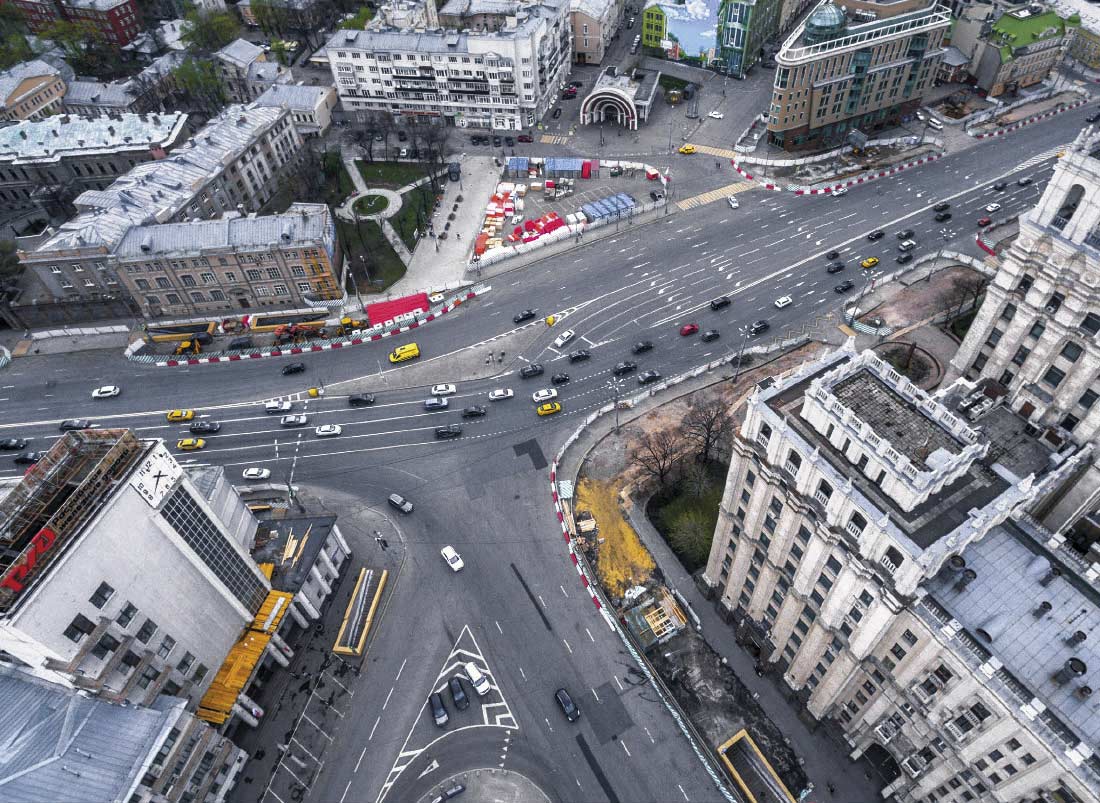 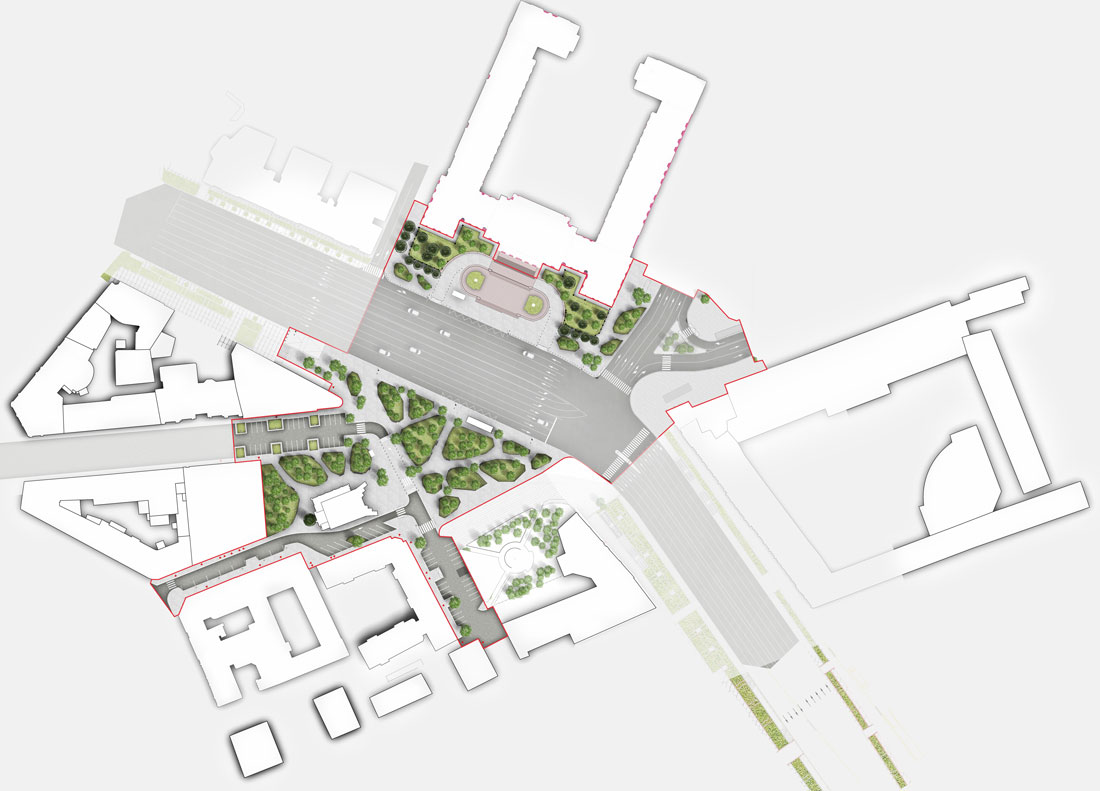 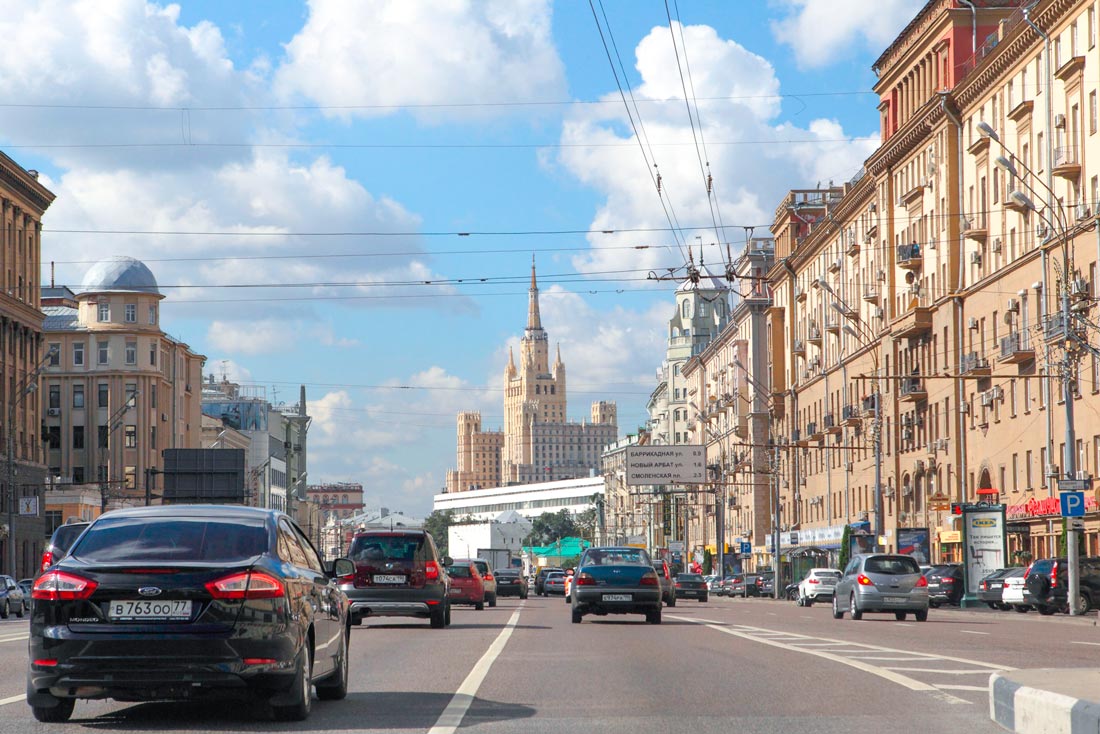 In the ‘90s, the Garden Ring becomes dominated by huge infrastructure due to aggressive development. © Lori Photobank 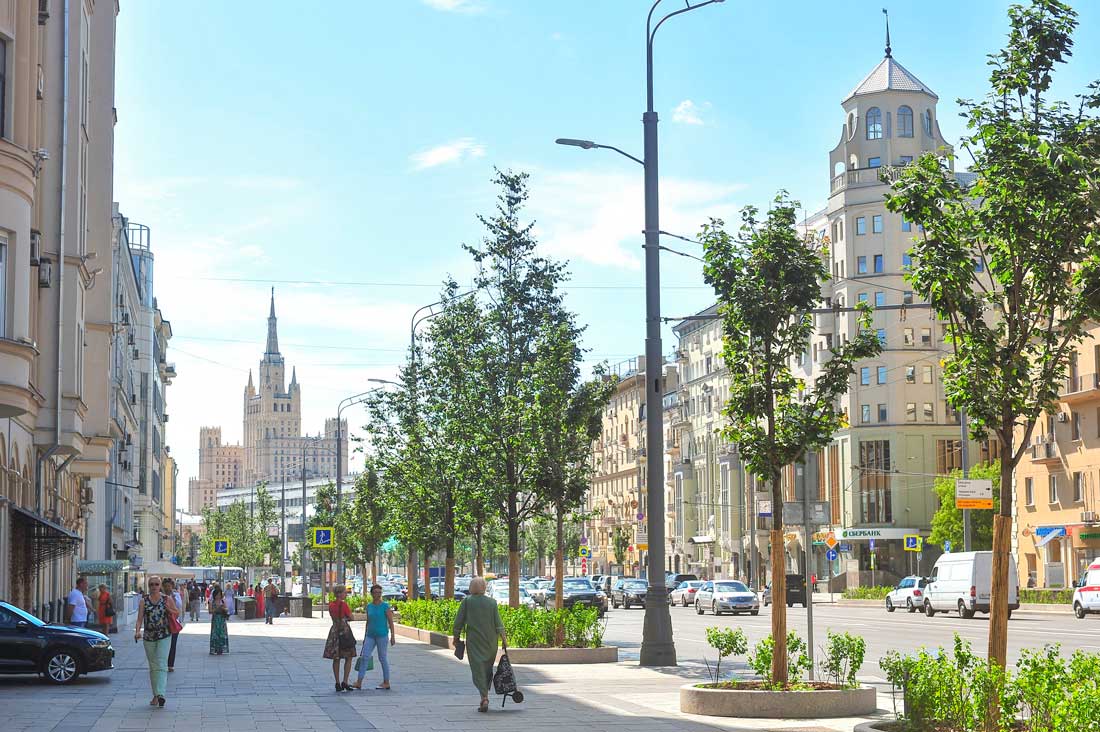 The street refurbishment brings gardens back to the Garden Ring

Once it was turned back into a pedestrian-friendly street, the Garden Ring started to attract a more diverse set of businesses. Banks and offices have made space for a greater number of food, retail, and service businesses. Large-scale planting created a stabilizing effect on the microclimate, minimizing road dust and generating oxygen. Pervious paving prevents flooding and improves drainage and lessens the heat island effect that asphalt can have. Granite paving stones absorb heat more slowly than asphalt. The improvements to the Garden Ring have made the city center more accessible to all citizens and integrated it with the periphery.

196 historical artifacts were discovered and 2880 trees were planted. 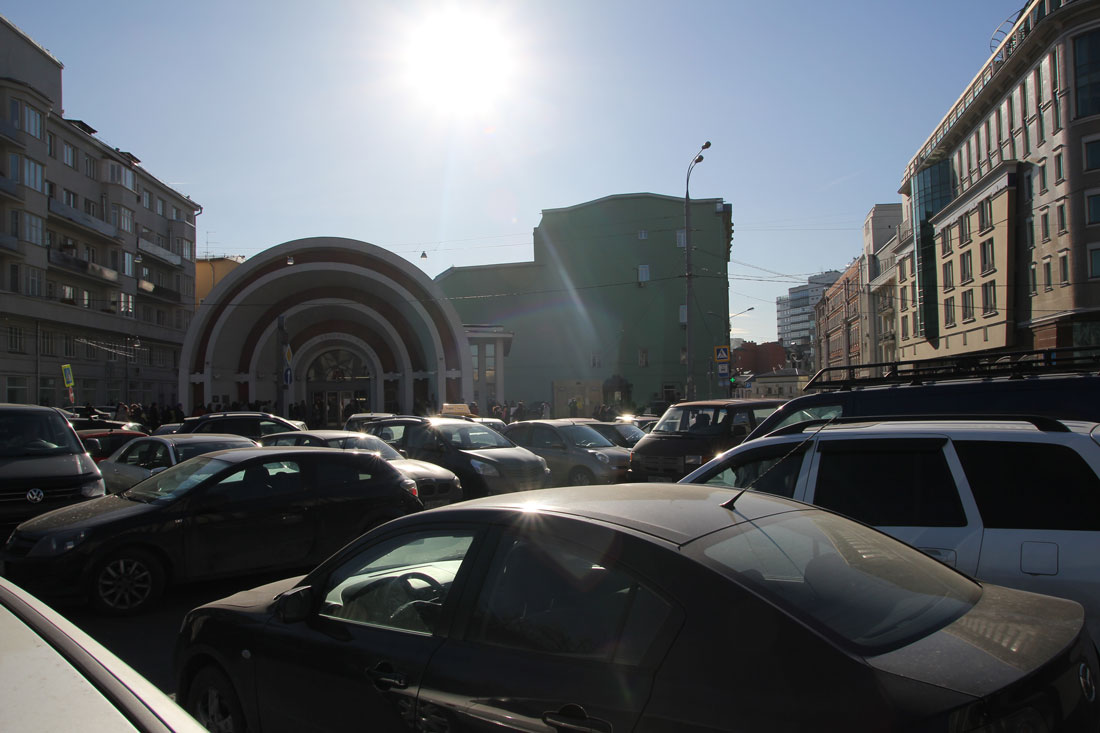 The square in front of the Krasnye Vorota metro before. © moscowwalk.ru 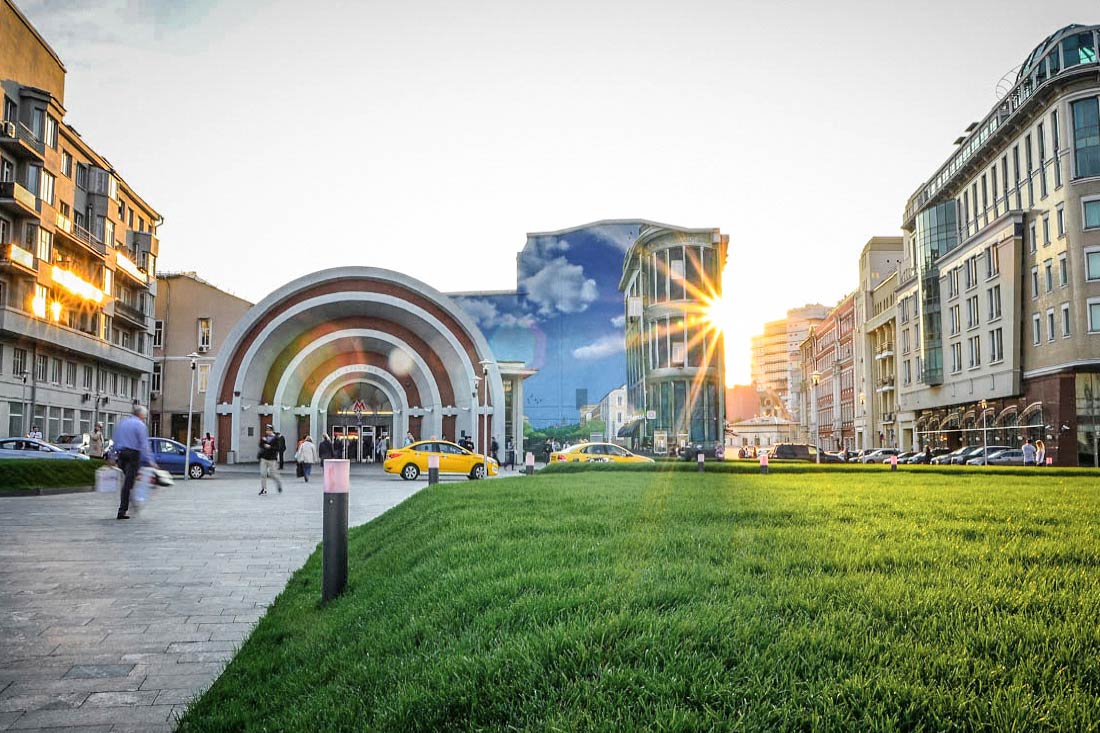 The square in front of the Krasnye Vorota metro after. Designed by Nikolai Ladovsky. © moscowwalk.ru

« The Urban Communication Foundation
Biological Metaphor: The Grand Paris, the Biopolis and Promise of Town-gown Partnerships »