Barcelona Dynamics is a collection of 24 maps made by using several data for the new Urban Master Plan (PDU) of the Metropolitan Area of Barcelona authority (AMB). The different cartographies illustrate the growing complexity of the metropolitan territory from a broader perspective plotting information of demography, economic activity, land use, land ownership, key episodes, etc. The visualisations have been classified according to three main topics: density, time and diversity.

Density: the metropolis as concentration 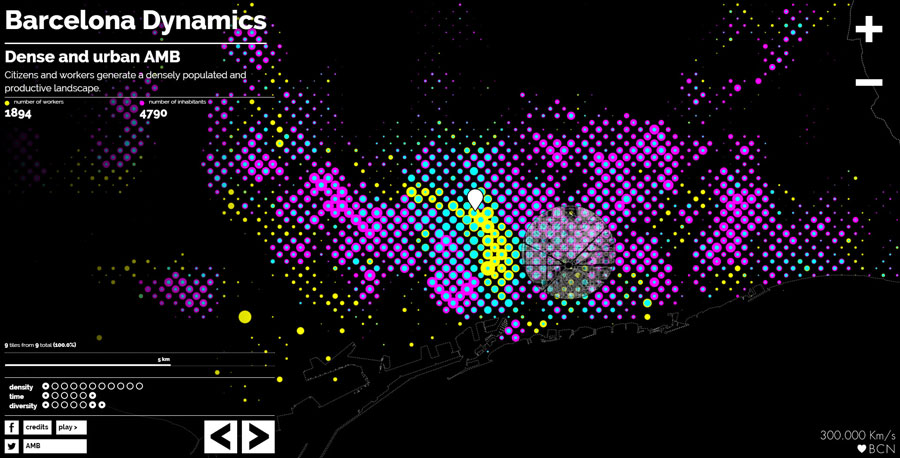 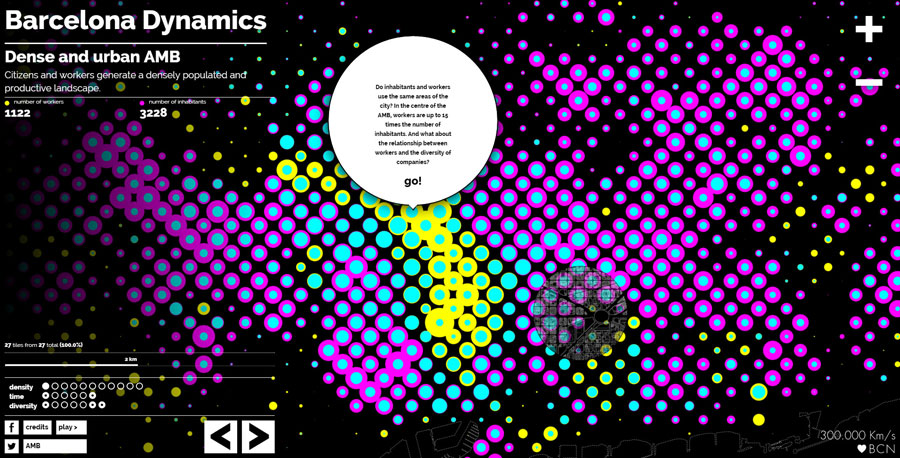 If a must be a positive and necessary concentration, the metropolitan area of Barcelona is an inhabited landscape. Population density and the constructed fabric reflect an intense metropolitan life whose form varies from the multipurpose city centres to the residential outskirts and industrial areas.

Time: the metropolis as a sequence 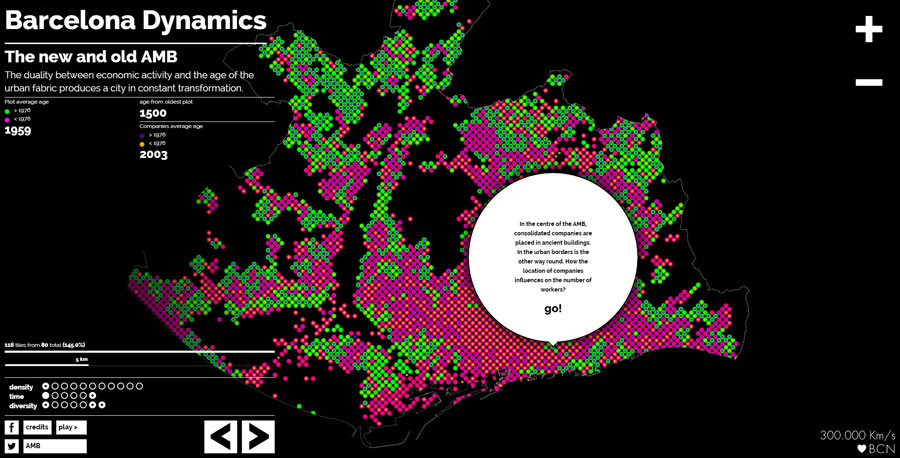 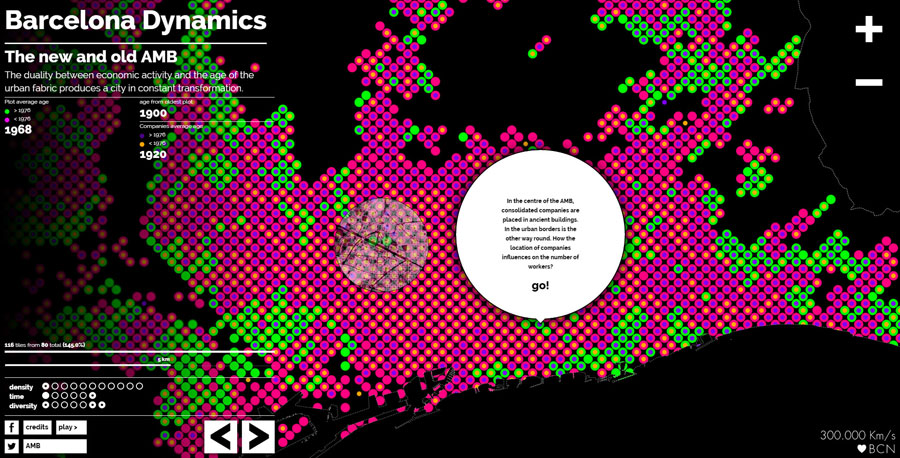 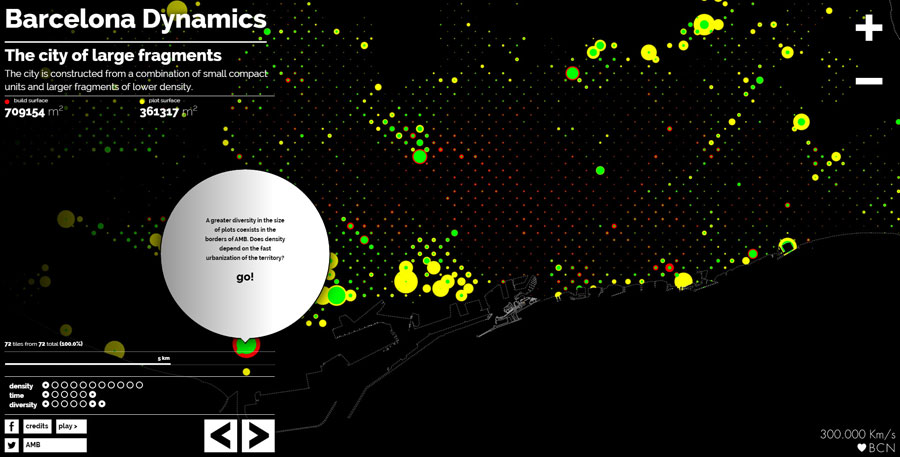 The metropolitan area is an old territory in constant evolution. Since 1976 the ground surface has doubled through operations of renovation and urban extension, while the population has shifted and transformed, and the economic fabric has diversified to encompass innovation. The coexistence between new and old is one of the challenges of a mutable metropolis with great potential for transformation.

Diversity: the metropolis as a mixture 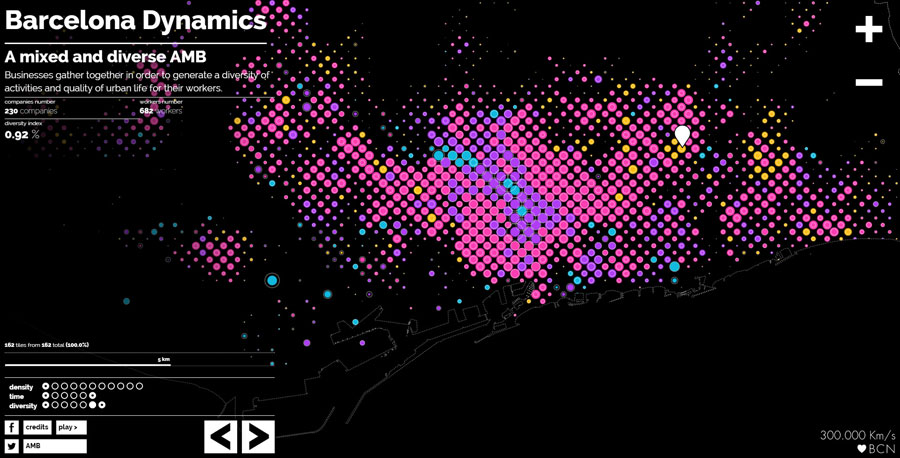 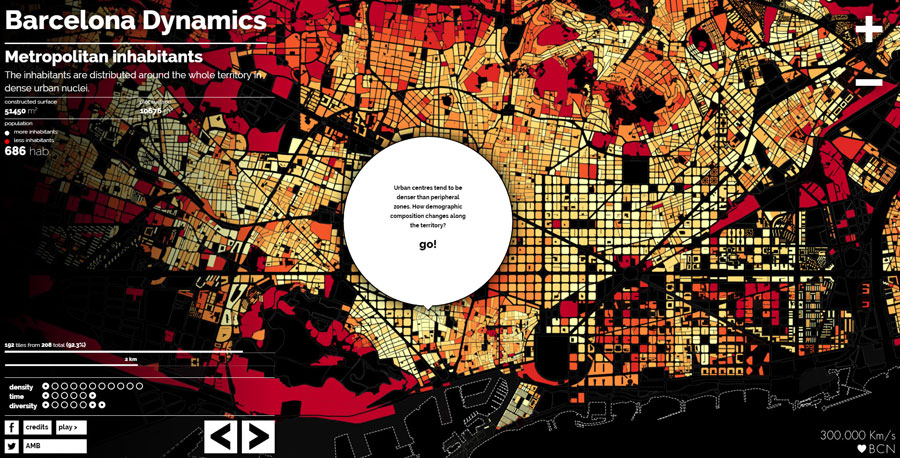 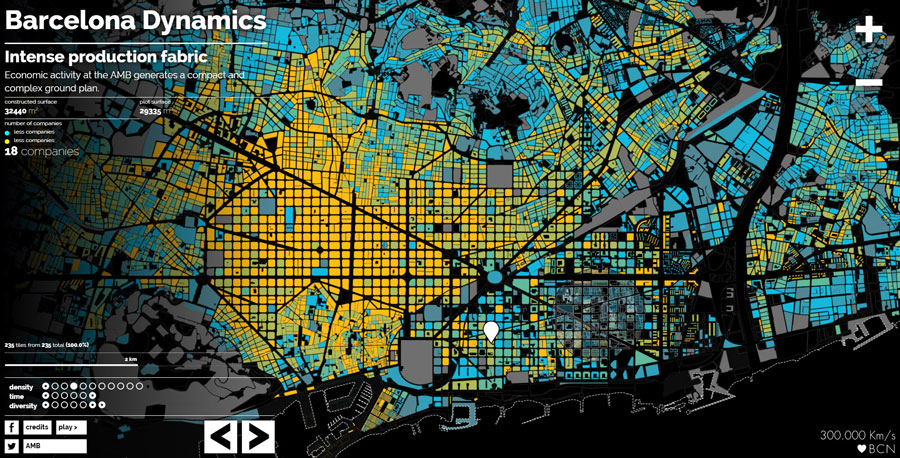 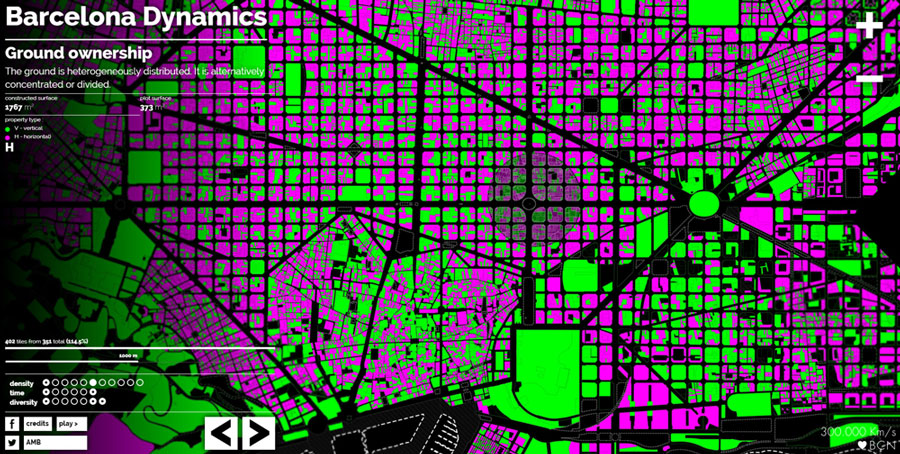 The mixture of urban uses, constructed forms and economic activities generates a metropolitan territory that is rich and varied. The association or segregation of industry, commerce and residence, and the mixture of heavily built-up areas and sparsely constructed ones, result in similar or divergent urban patterns. Diversity is intrinsic to the metropolitan city and should be integrated as an opportunity for the future. 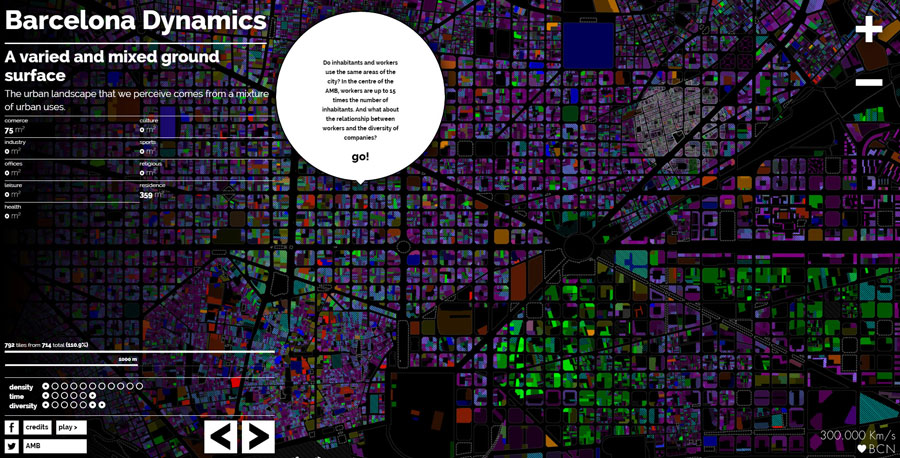 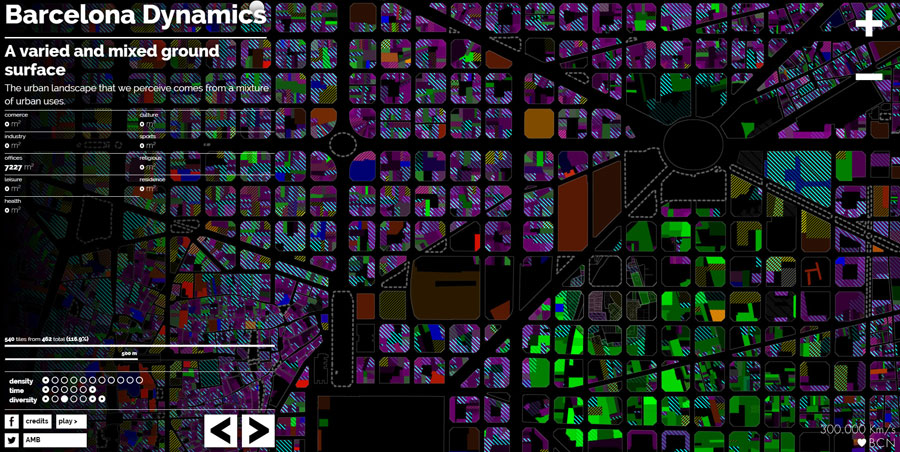