This project is for the restoration of the Yamamoto Town Hall, which was greatly damaged by the Tōhoku earthquake in 2011. The site is located at the southeast end of Miyagi Prefecture, and the designer was selected from a proposal in 2015. 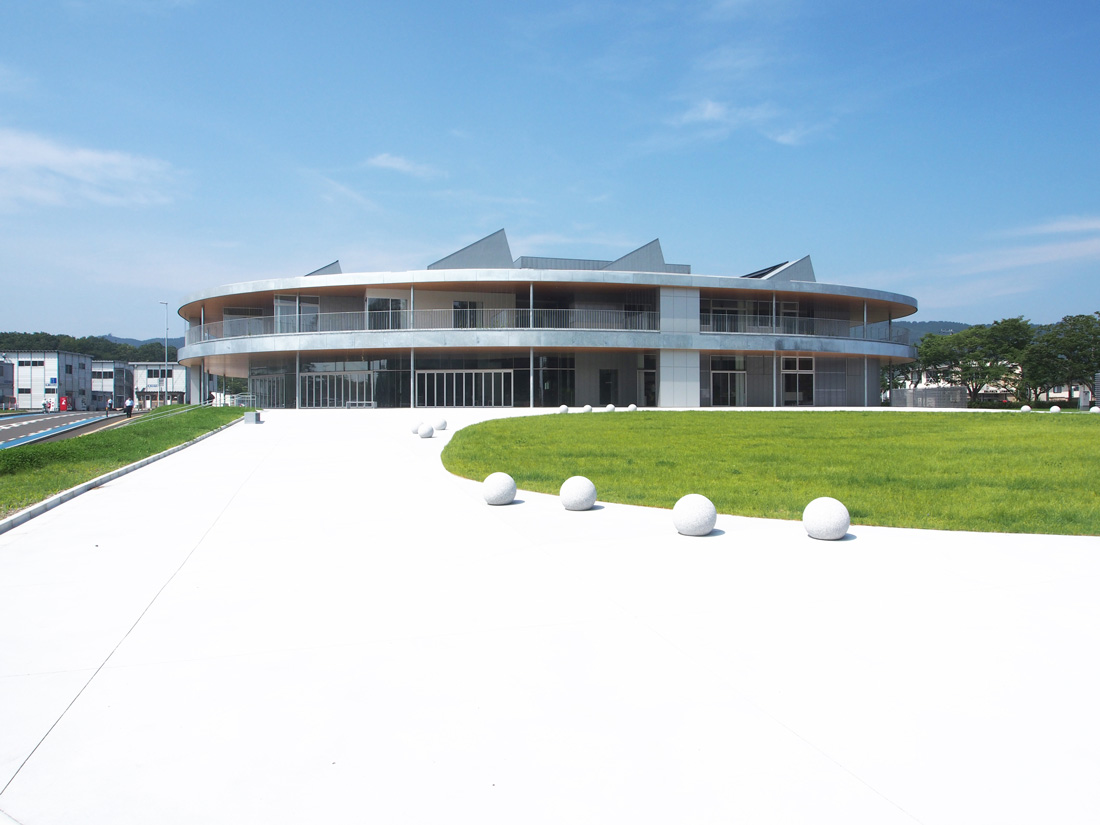 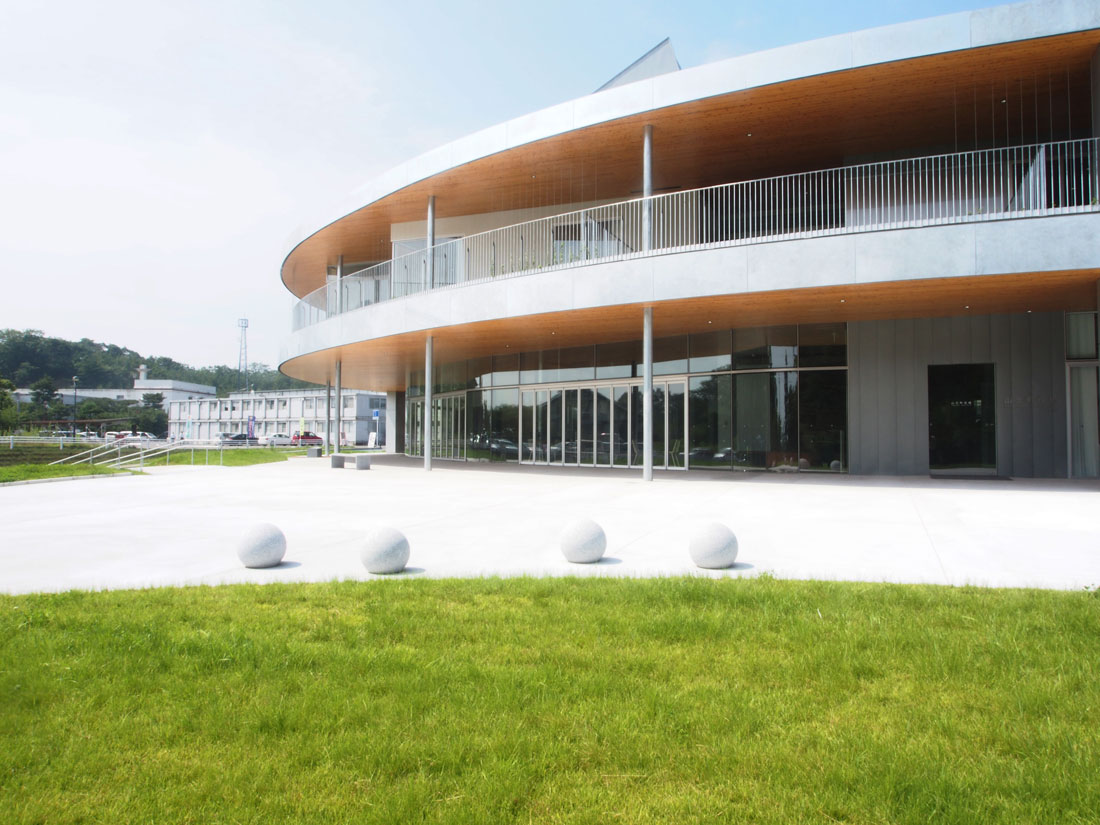 Yamamoto-cho faces the Pacific Ocean and is divided into a lowland with series of paddy fields (east) and a mountain side (west). Yamamoto Town Hall is located in the center of the town and is a place that gathers public facilities such as the central public hall, the Historical Folklore Museum, Furusato folklore hall, etc. About 30% of the town was flooded by the Tōhoku earthquake and tsunami. In addition to addressing the problems of population decline, a declining birthrate and an aging population, the new government office building was meant to play a part in the new town development as a part of the reconstruction following the earthquake. Therefore, we came up with the concept of “a town hall as a key to connecting the sea and the mountains and connecting people to people”. We proposed a new government building where people could come together, with the aim of reviving the town and creating the future of the town together, to stand as a symbol of centripetal draw and revival. 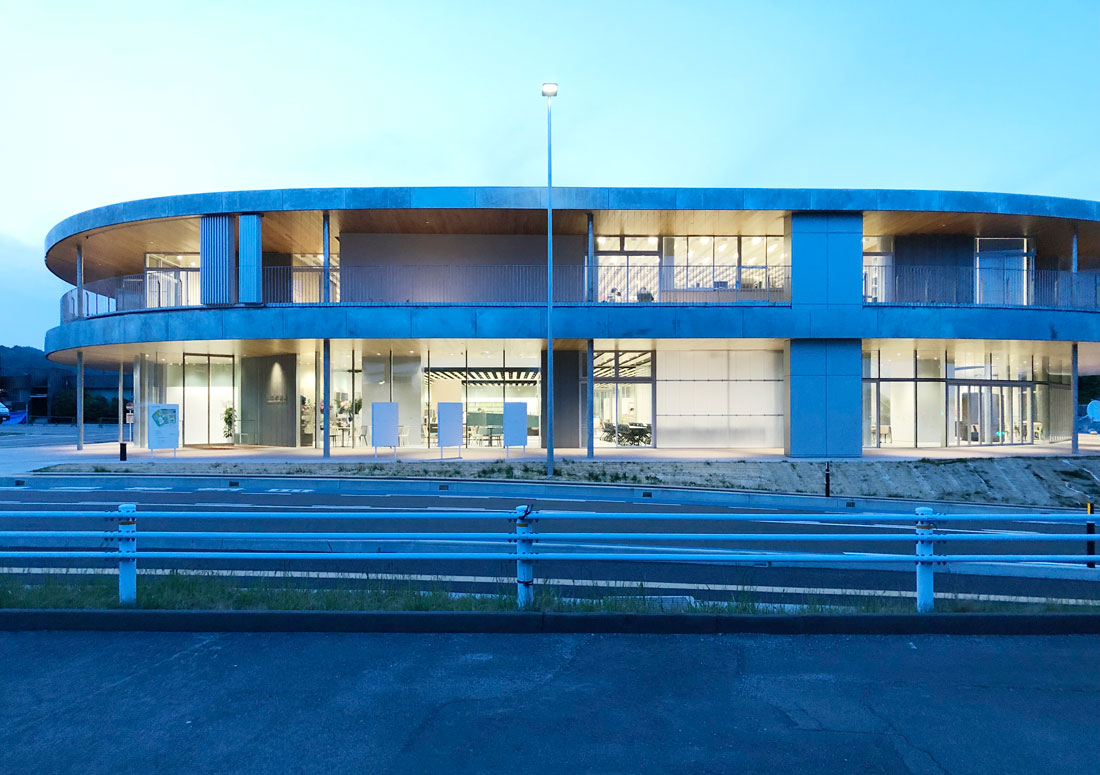 A two-story steel-framed building in the center of the site has a large cedar-lined rattan fence. The activity seen under the roof will be the face of this place and welcome people. In response to natural conditions, such sunshine or cold winds blowing down from the winter mountains, we aimed for a backless architecture that connects to the surrounding town in all directions. 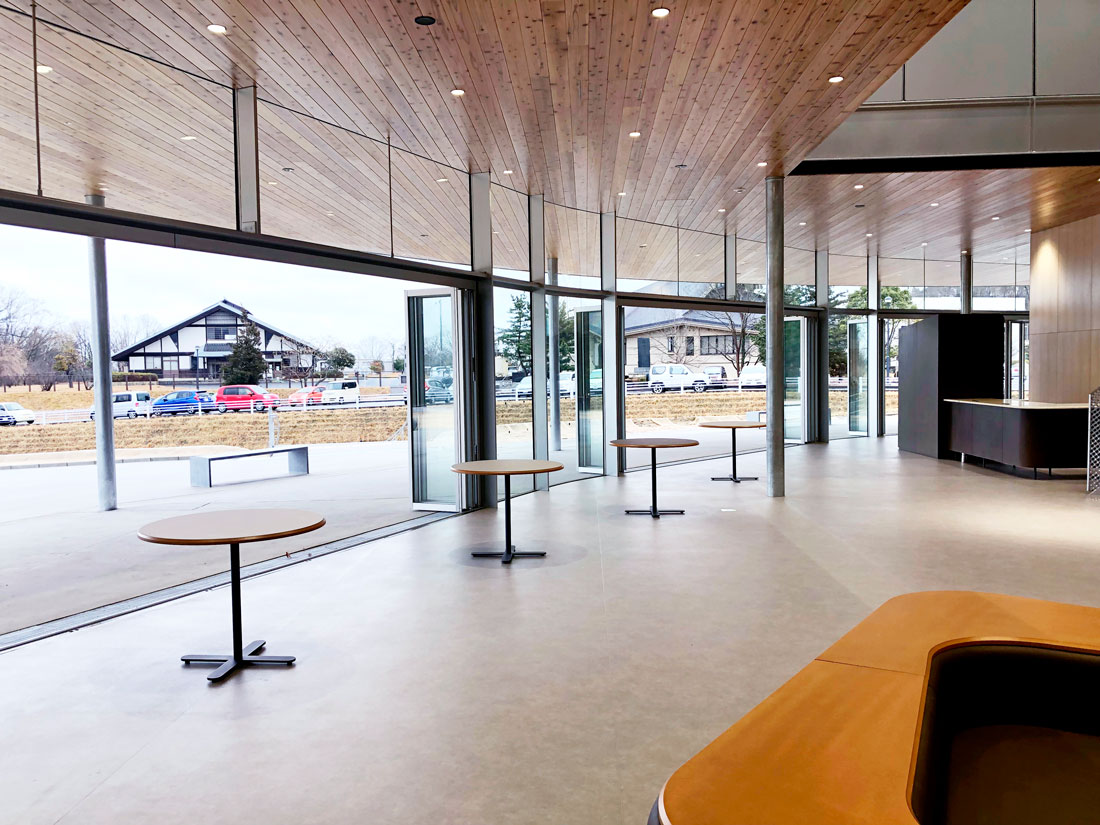 A working group was formed with the staff members, and repeated discussions on new workplaces were held. A one-room space creates horizontal connections beyond departments and integrates with the spaces dedicated to the townspeople. Light is taken from the north side, and the light reaches the first floor through four large through holes. The interior becomes like a bright indoor square. The discretely placed small cores create a variety of venues. 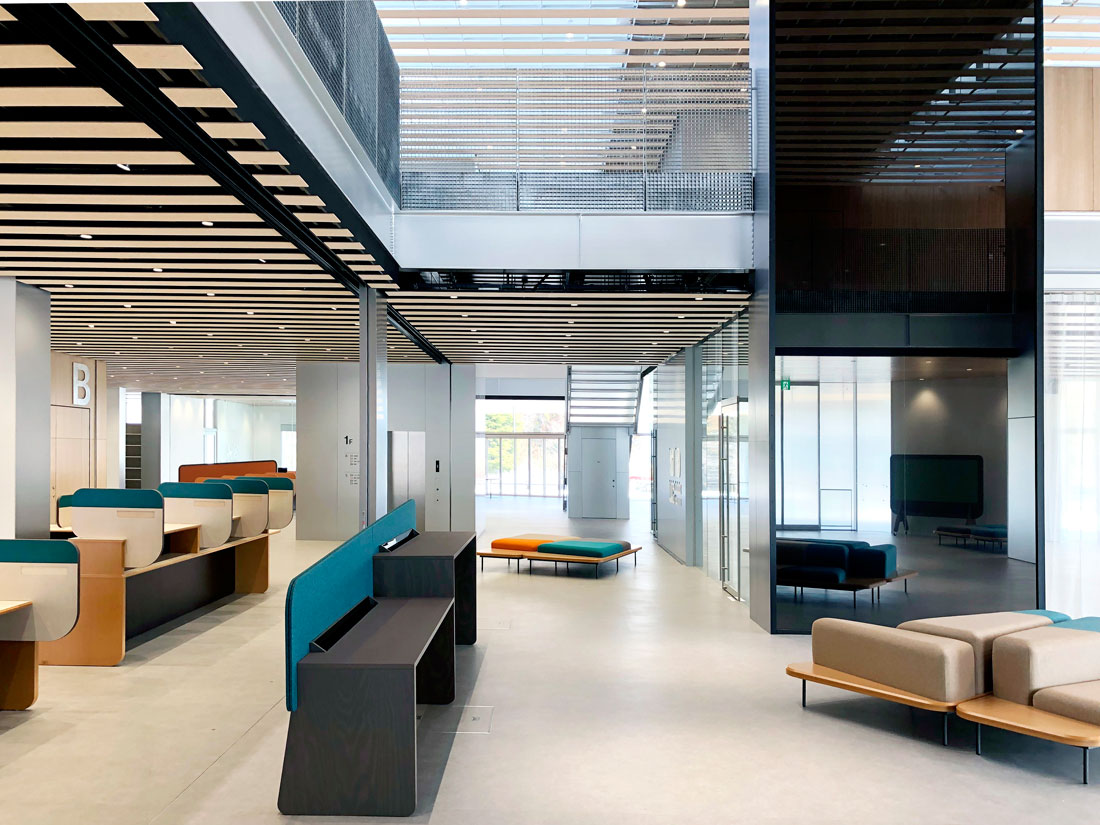 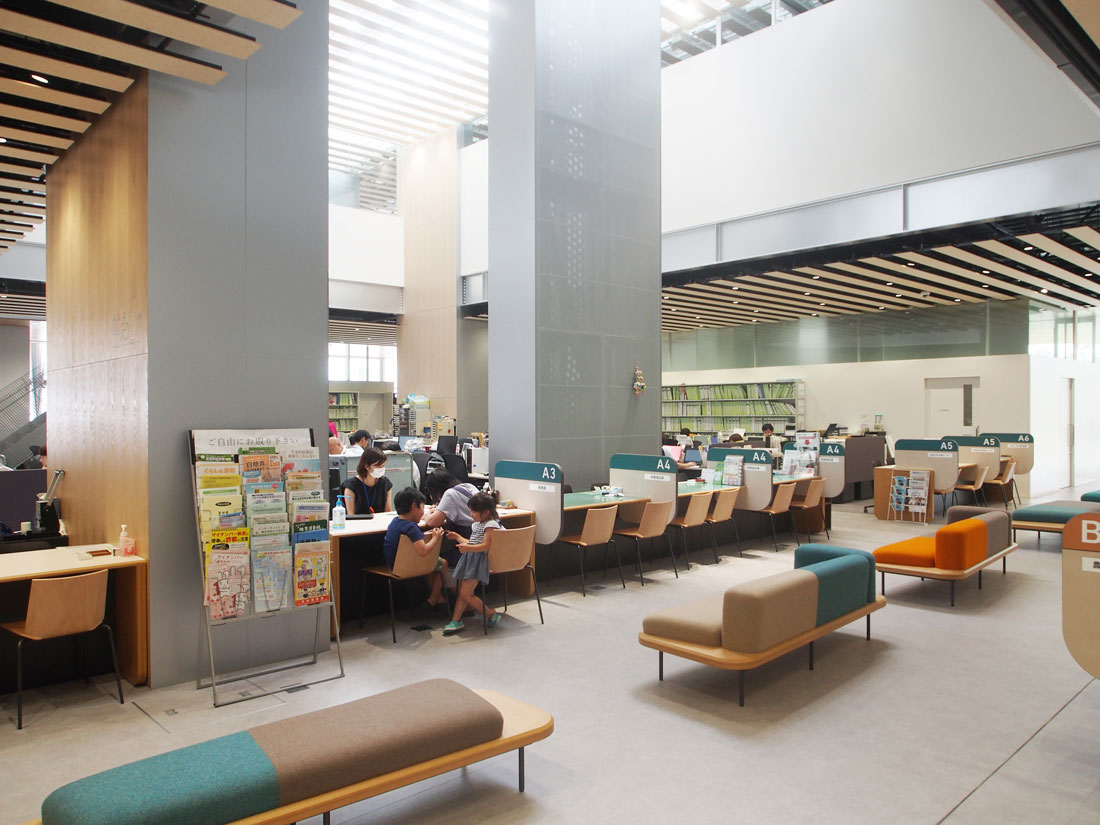 This project was promoted through workshops and meetings with Professor Onoda (Tohoku University), staff, members of the Diet, and townspeople. Various discussions were held, not only for the new government buildings but also for town development going forward. What we all think together about the future of this town, which has suffered enormous damage, will be the agency for its new reconstruction. 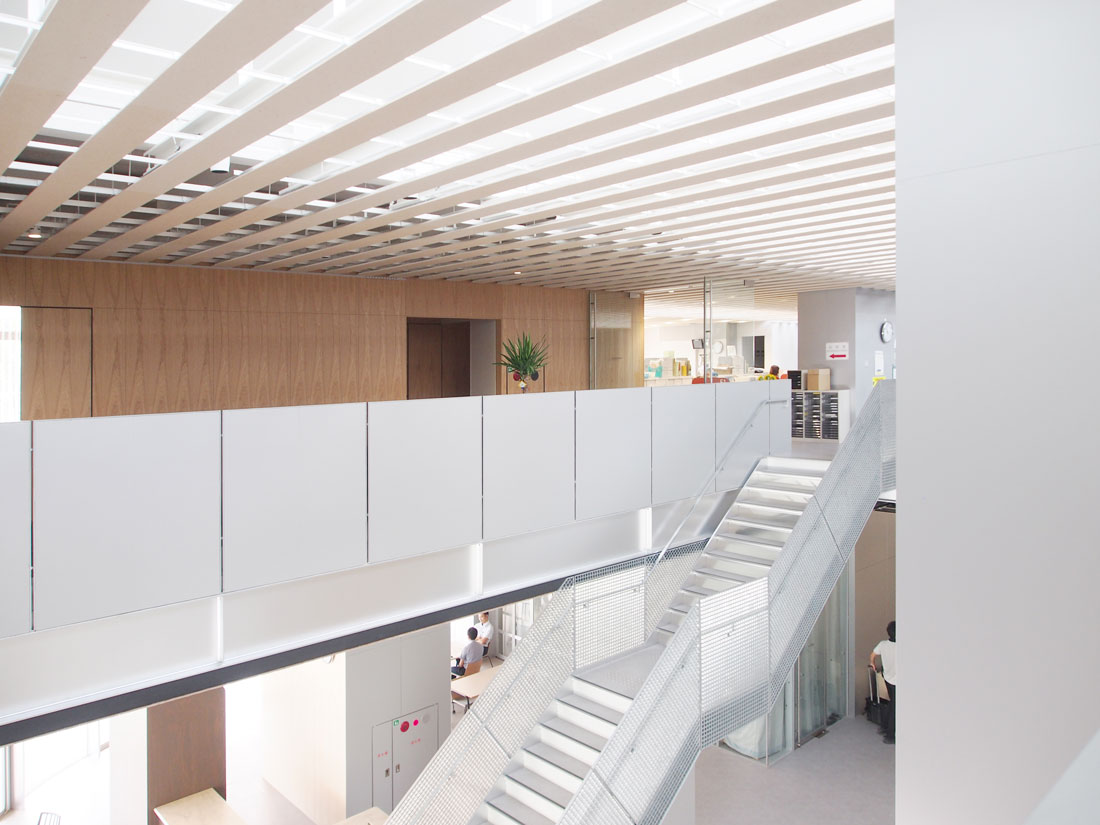 We hope that this new government office will be a place where people can connect with one another and the landscape and with the new home they will build together. 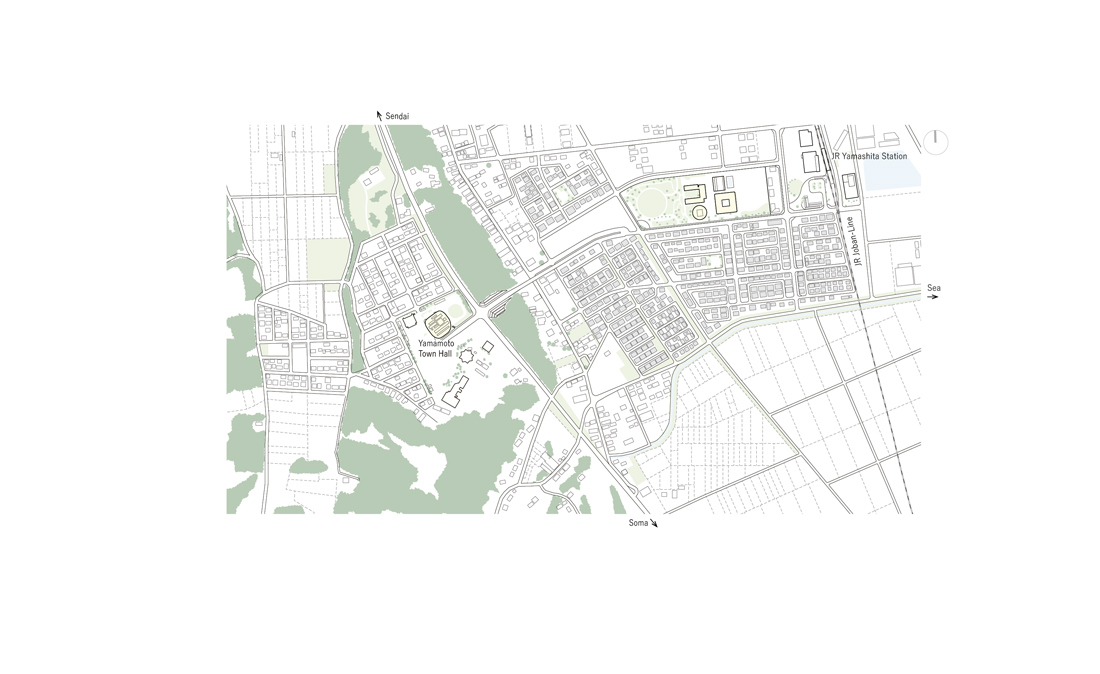 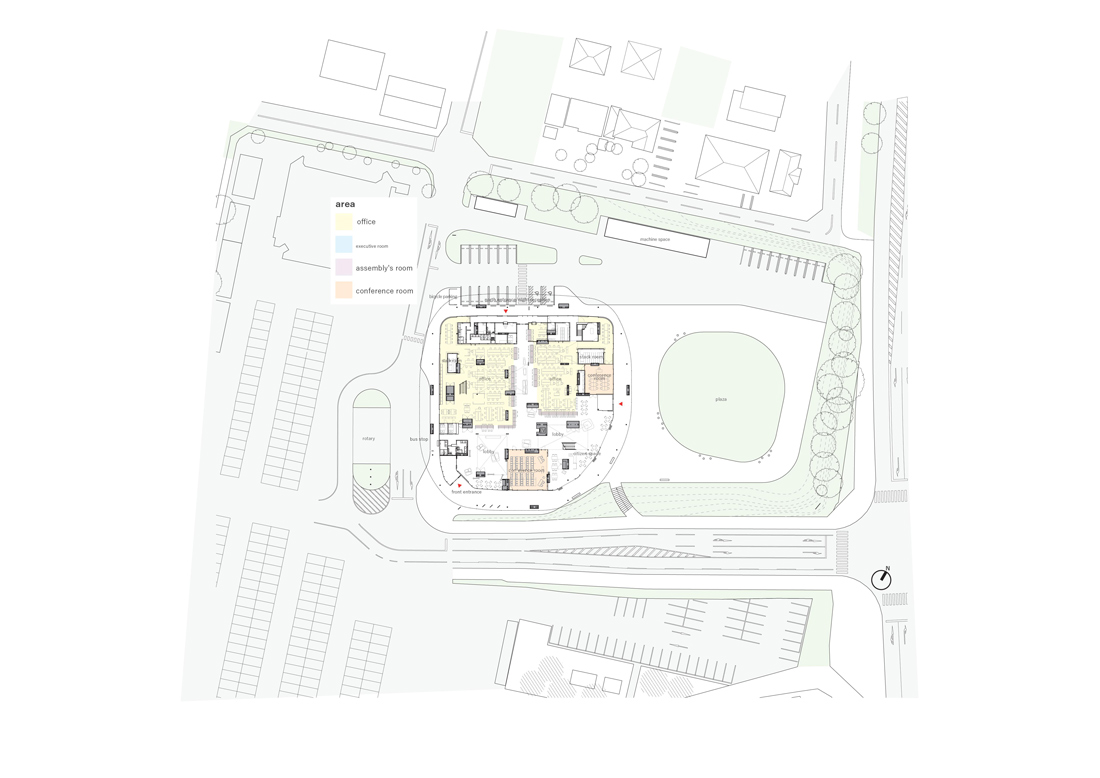 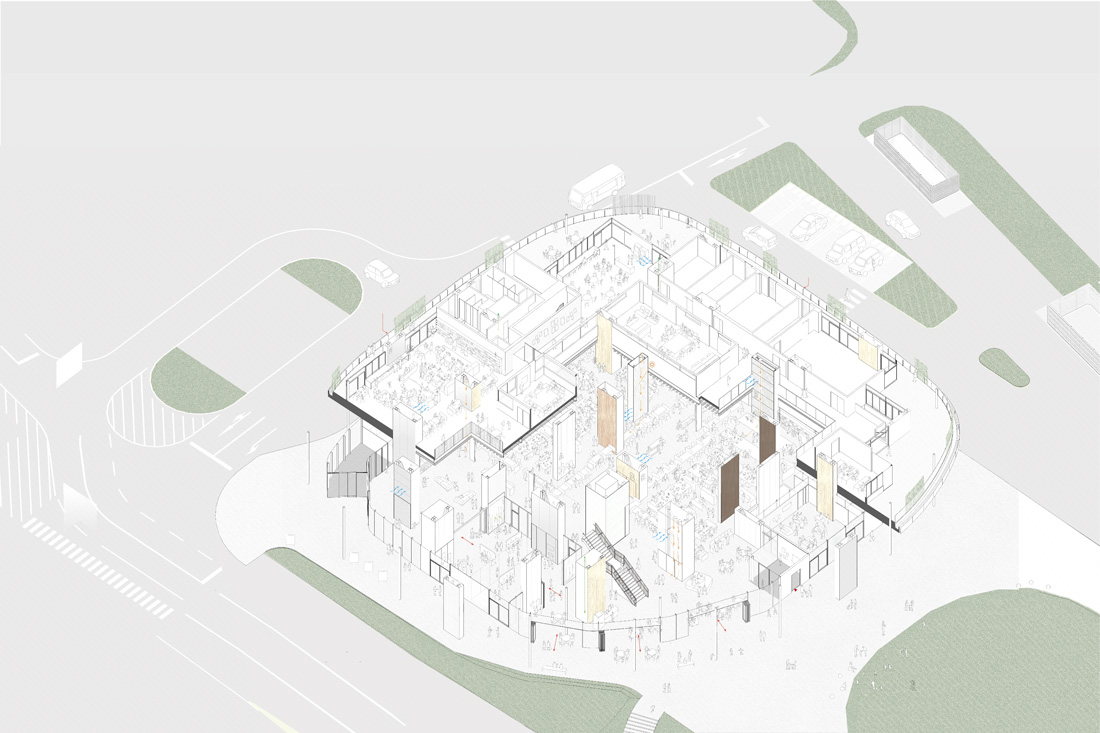 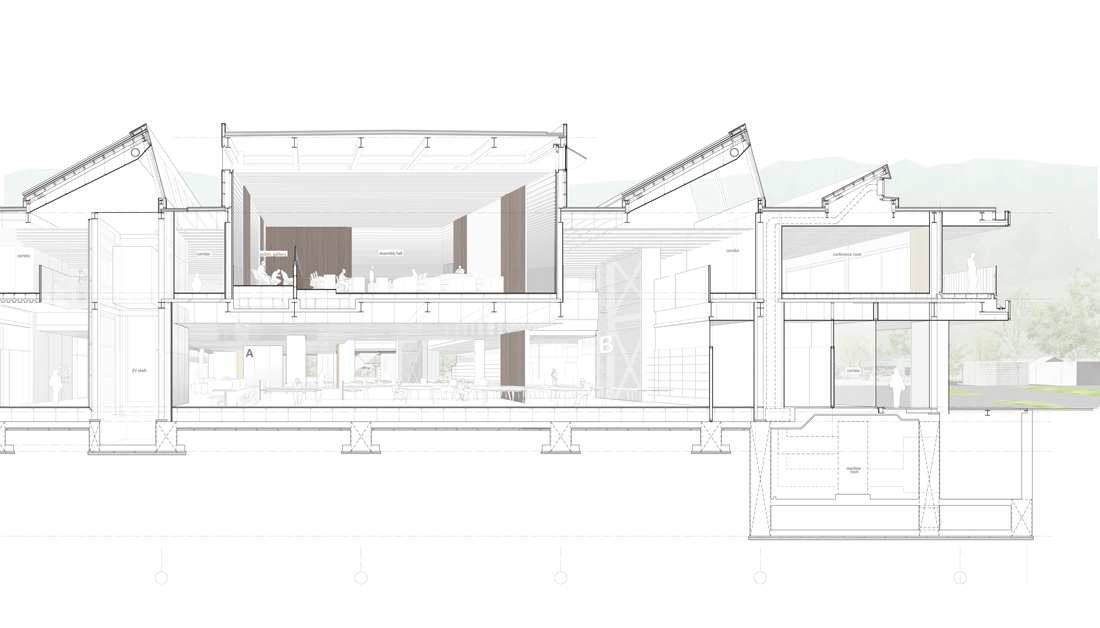