Xpace Digital Park recycles a compound of unused old factories in Xiaoshan District, Hangzhou, China, into a new startup campus for tech companies. The project updates the existing buildings forging a new identity for the site, transforming it in an urban attractor. The property has several large buildings and is surrounded by a differentiated perimeter with heavily trafficked roads and a stream. 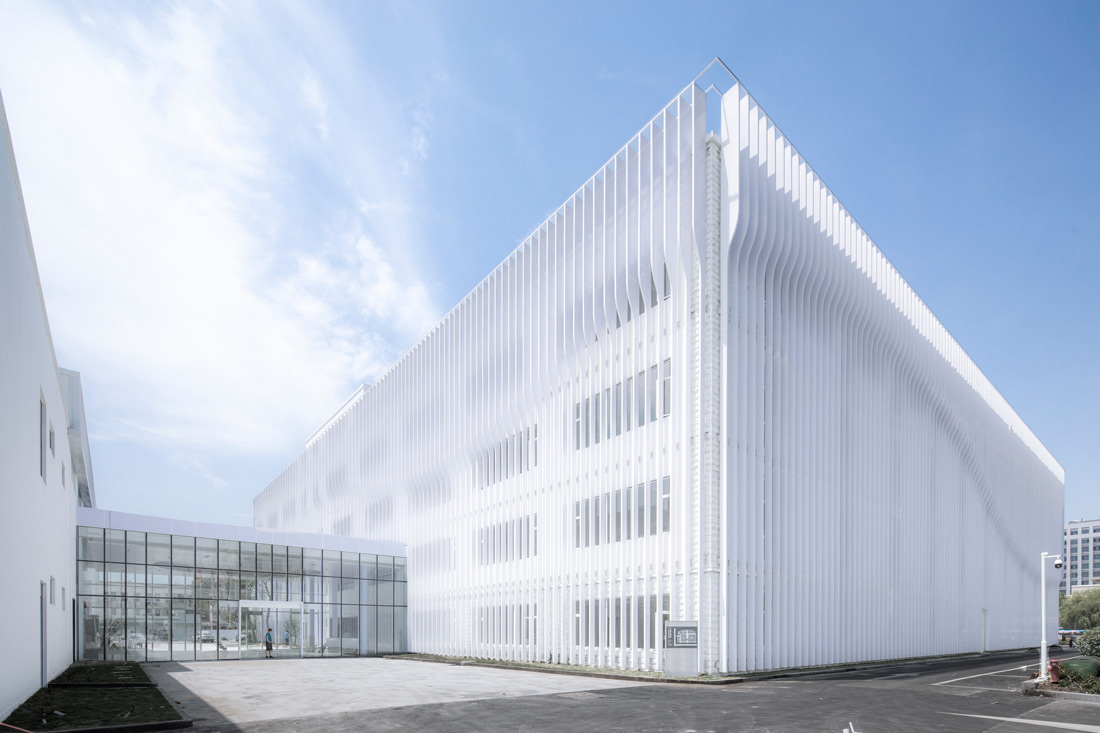 The design proposal focuses on two strategies: The first is to form a campus from multiple buildings. The intervention unifies color and material treatment through façade transformation, painting, and landscape interventions. A new volume for the entrance is built connecting the two largest buildings, changing the access patterns of the compound. Vehicle circulation on the campus is pushed to the perimeter, emphasizing pedestrian access. 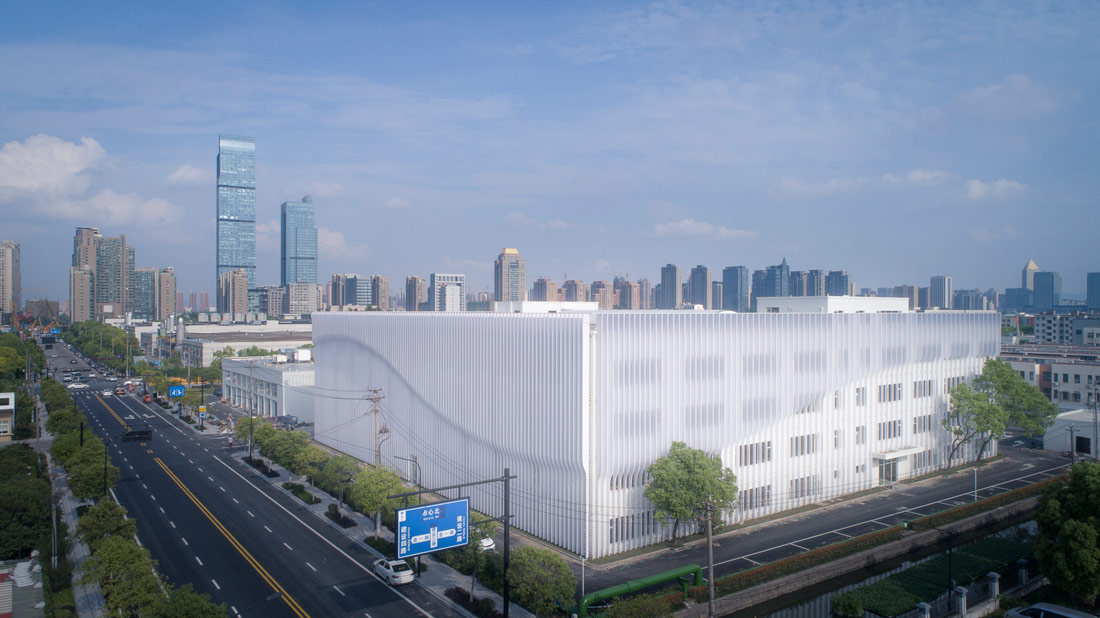 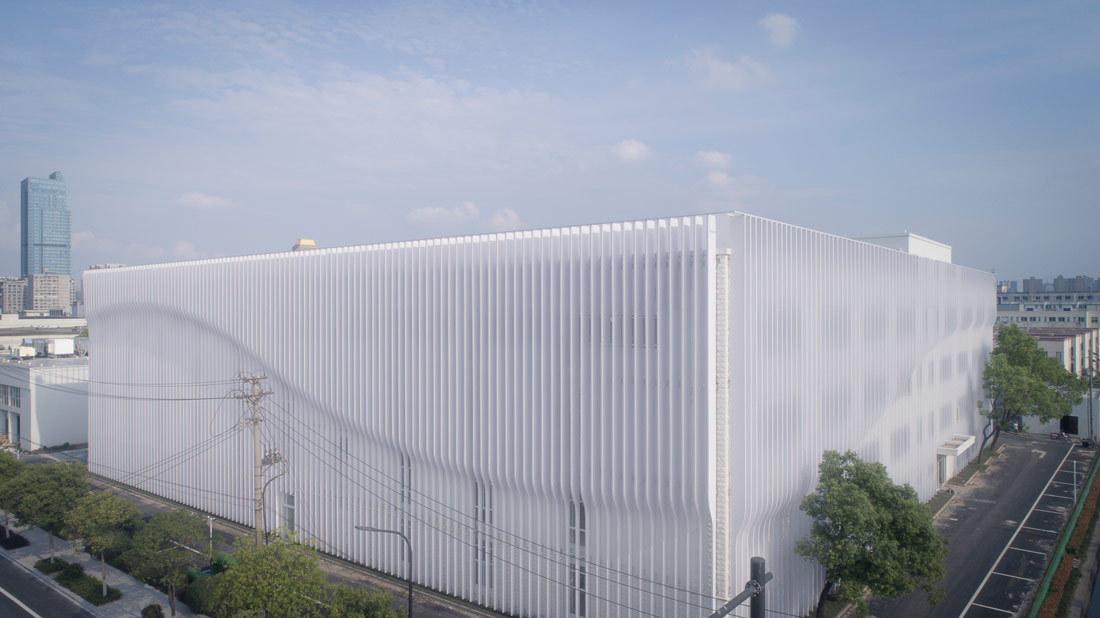 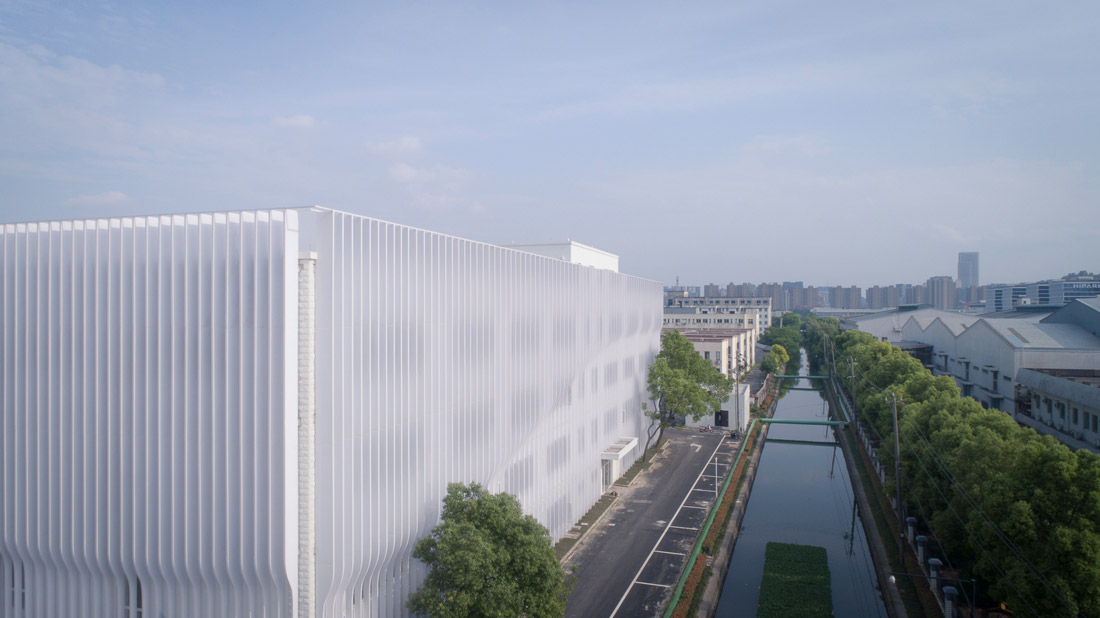 The second main strategy focuses on the construction of a new identity for the place. This is achieved through a new envelope that improves sun protection and privacy for the openings in the façade while shaping a new identity. This new envelope was designed parametrically to construct a choreography that responds to several systems simultaneously. The new façade is built on top of the existing one, integrating the two, and it is made up of prefabricated aluminum vertical louvers. The distances between them and their curvilinear geometry are based on the negotiation between the position of the existing openings, the orientation of the façade, and the exterior points of view from which the building will be perceived. Each louver has a different form and is placed at a different distance from the next to optimize the whole by reducing the number of louvers while maximizing the visual effects that are produced. 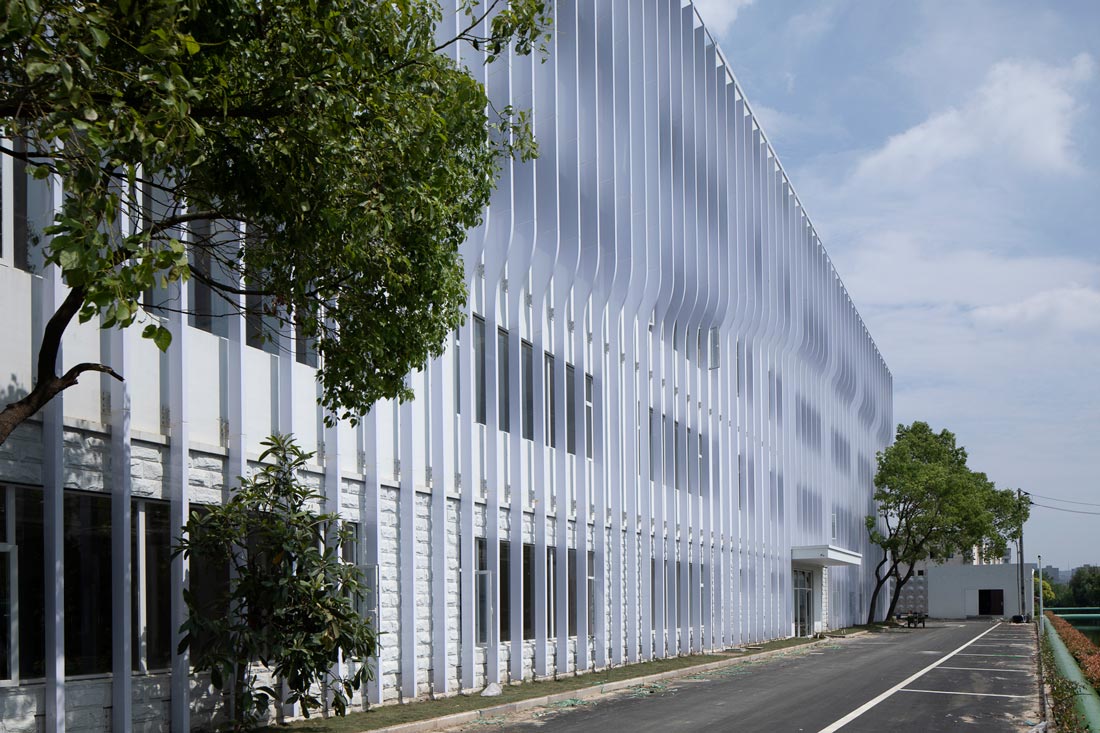 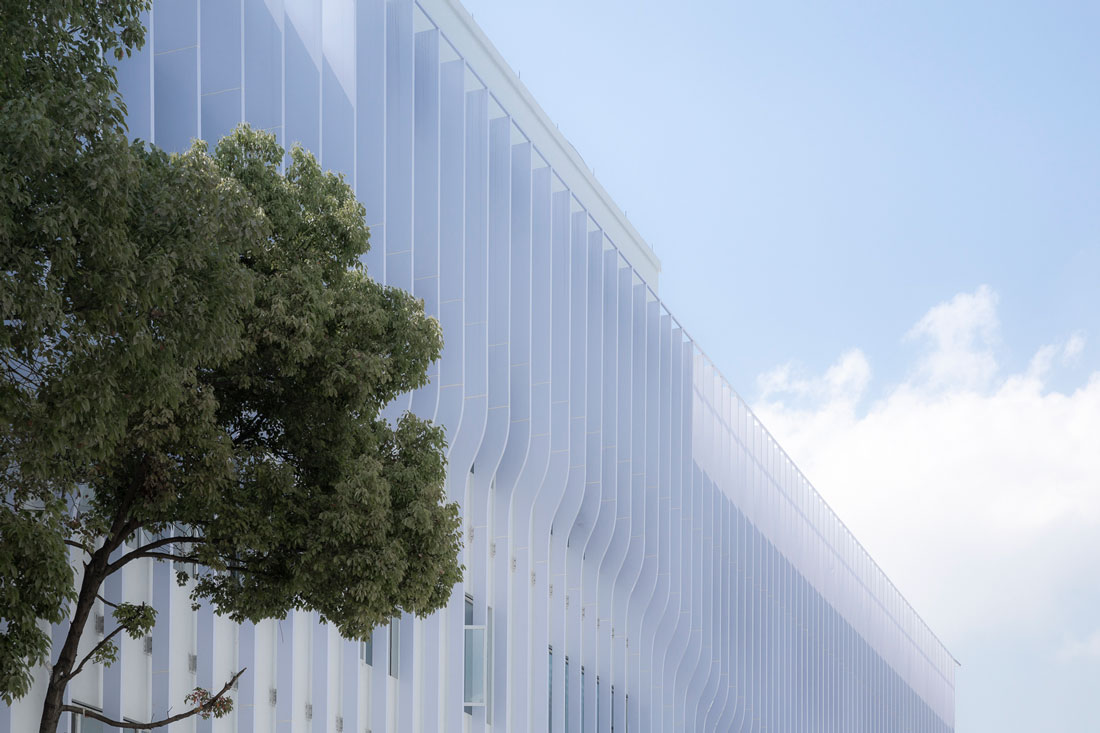 The resulting pattern recognizes the different conditions of the perimeter, with an elegant, subtle, smooth curvilinear order that reacts to the vehicle-centric surroundings and adjusts to the tranquility of the stream. The envelope as a whole generates a curtain-like effect that elevates the urban background. Close up, the pattern helps with the navigation of the campus by creating a differentiated shadow-based effect that results from the interaction of the new envelope with the old factory. 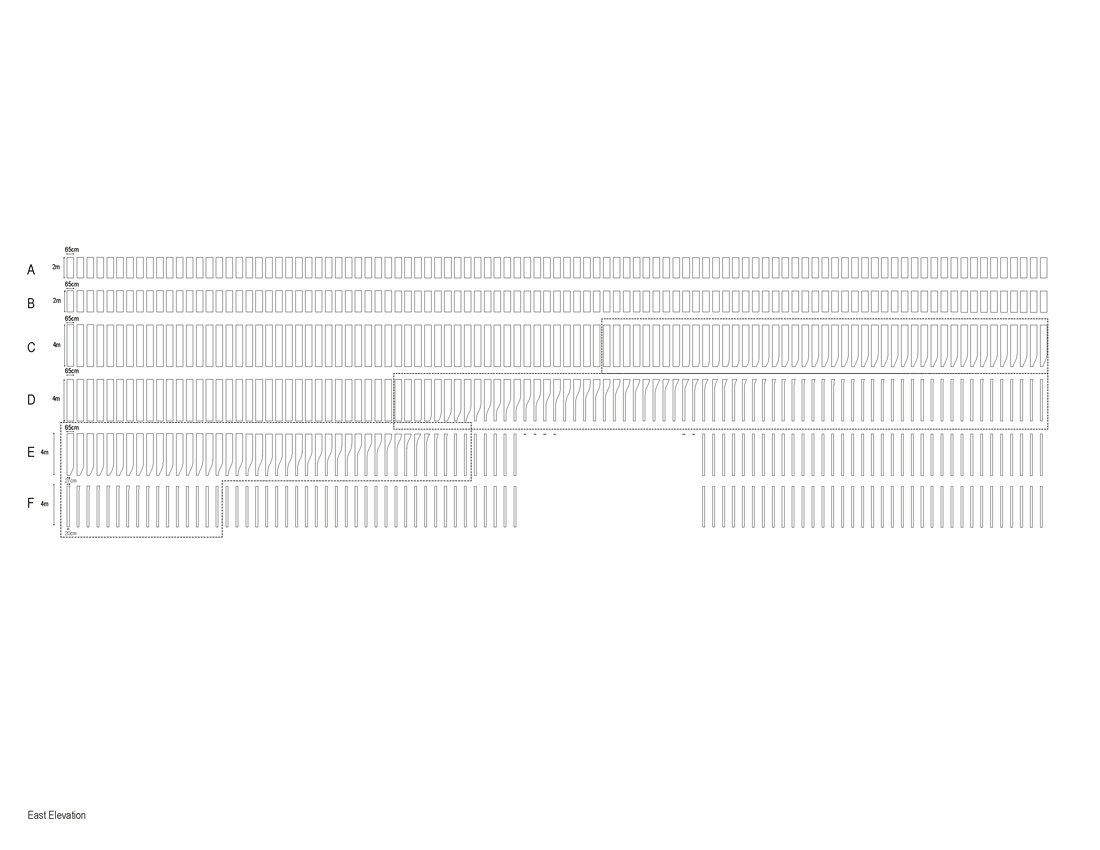 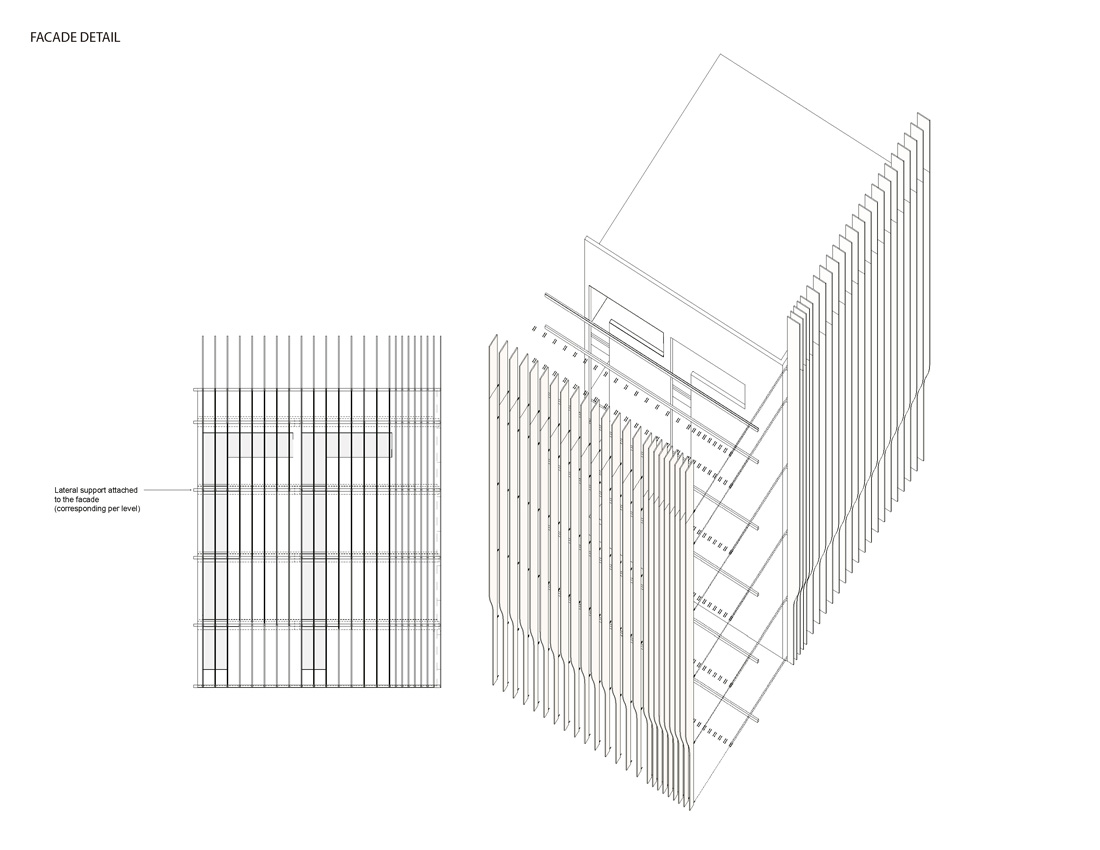 « Lafayette 148: An Artifact of Architecture
Huaxin Tiandi Campus: Nature in the Heart of the City »