During the final stretch of construction on the Wayco Ruzafa coworking space, an opportunity arose to add the adjacent property – a 1,590 m2 building that housed the Goya cinemas in the early 20th century and later the Crisol bookstore. 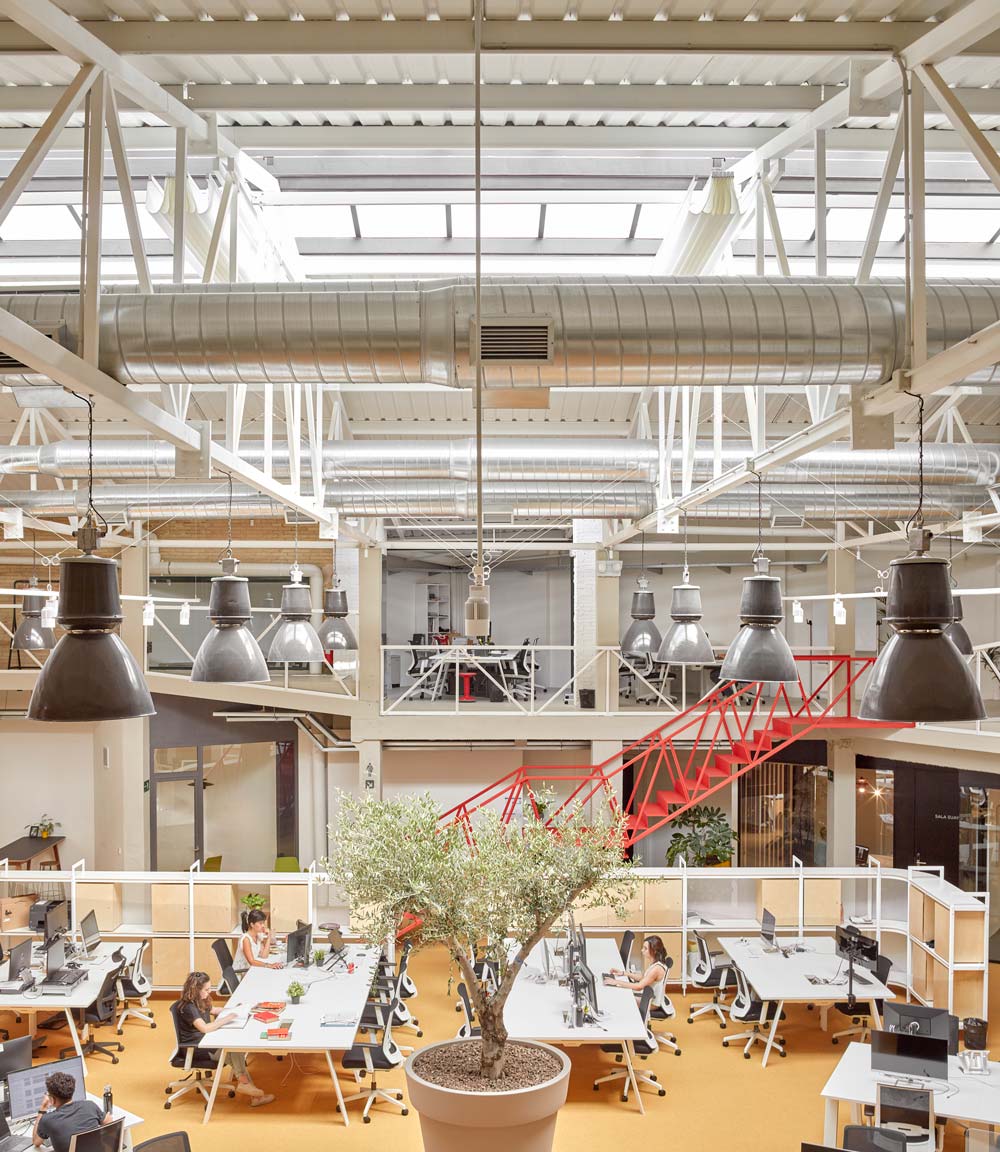 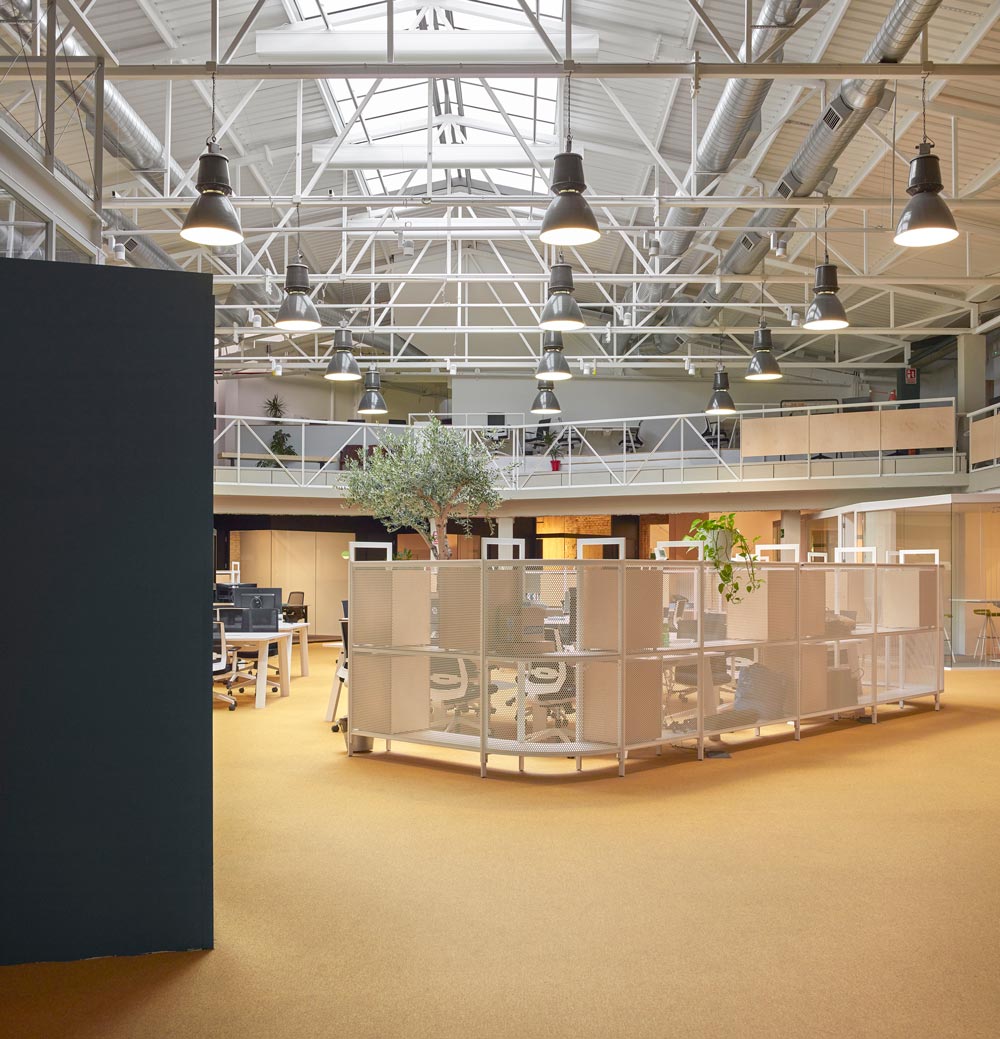 Transformed into a supermarket during its later years of activity, the personality of the early days had been obliterated. The leitmotiv of the design is to return the place to its former grandiosity. The intervention is purposely scenographic. The large central space corresponds to the main theater with its surrounding gallery and several sub-levels, looking out toward the spot where hundreds of films were once screened. Today, it connects with the main space of the initial project. 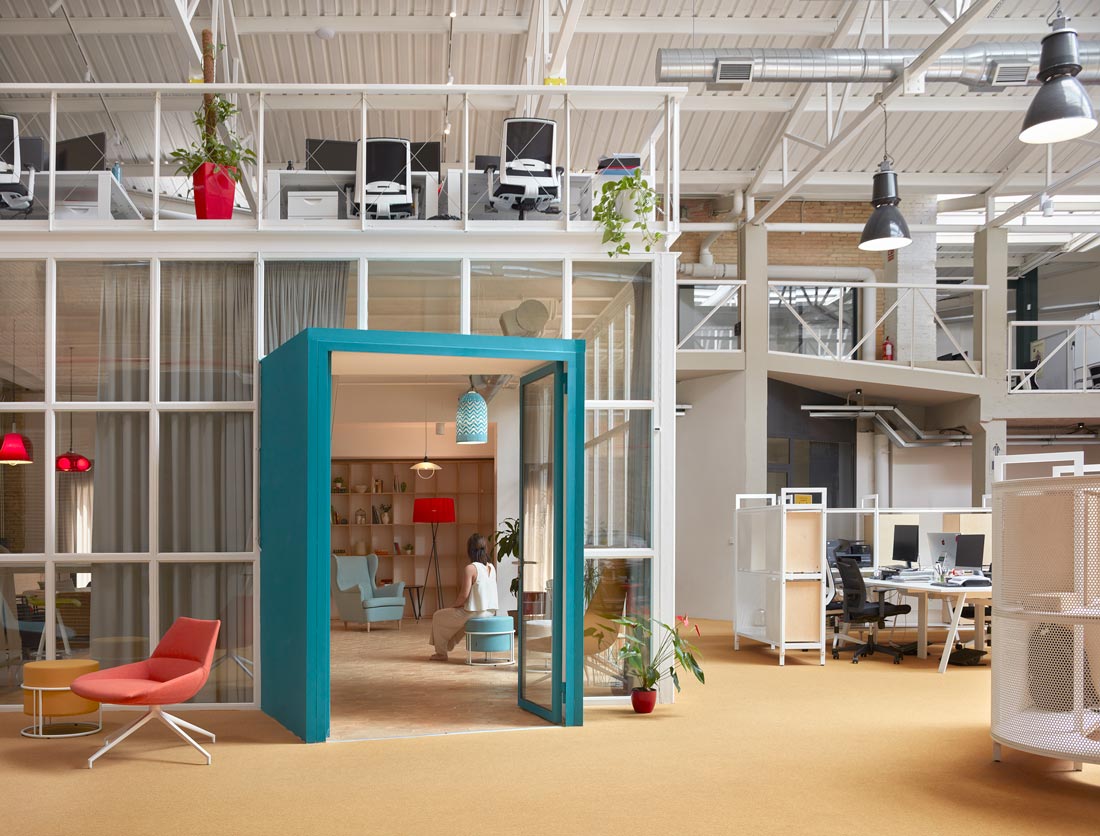 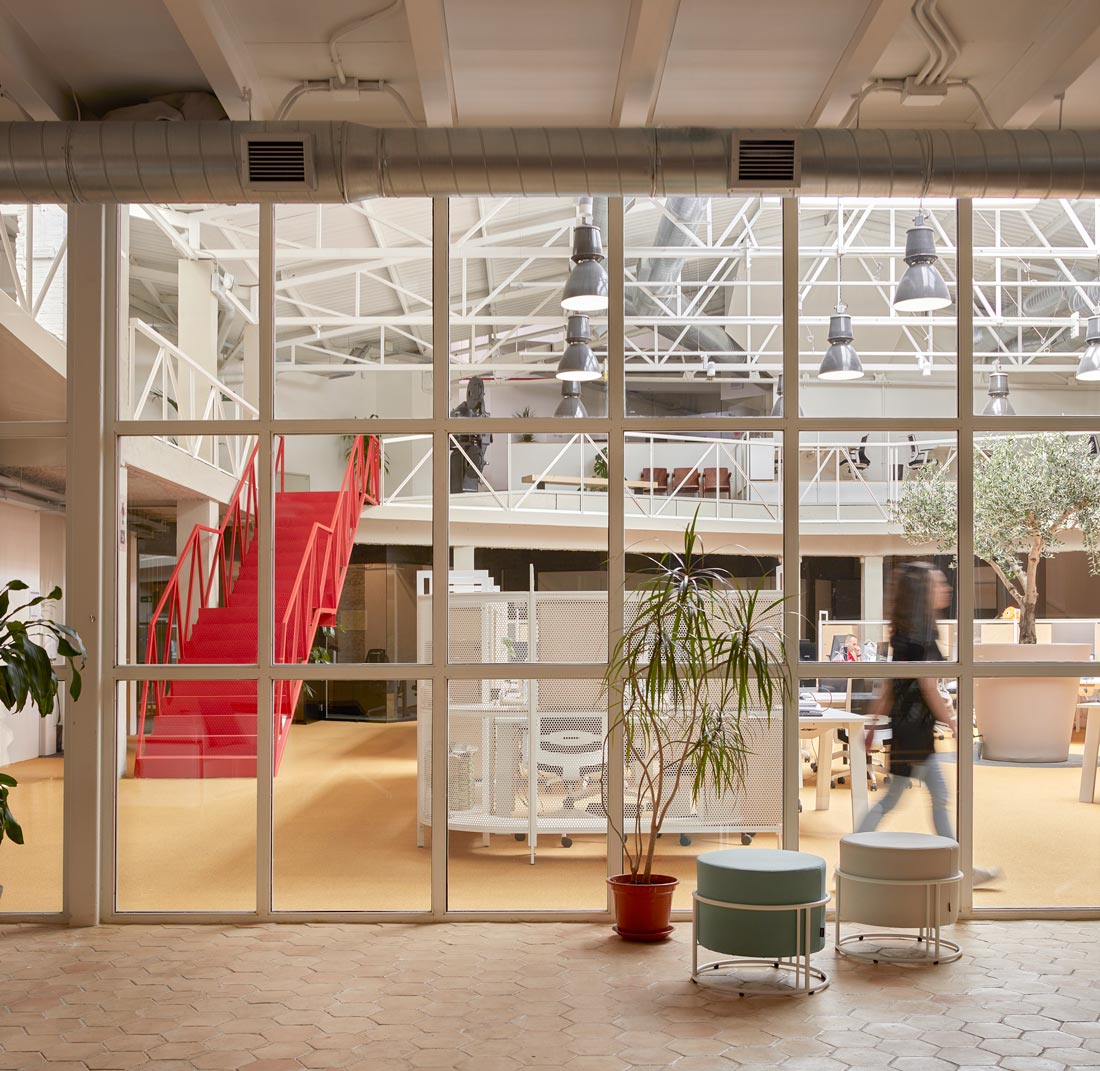 The stairs take center stage in this scene. The original wide staircase that connected with the upper floor is refitted to comply with current standards. It is given an intense green color and intertwines with a wooden grandstand that invites much more than circulation. The central space hosts a second staircase, a folded red carpet with a metal lattice structure, adopting a solution similar to the one that was tested out in the printing press space (Wayco Ruzafa phase 1). Going up and down these stairs implies a certain exhibitionism, as though it were the foyer of a theatre. 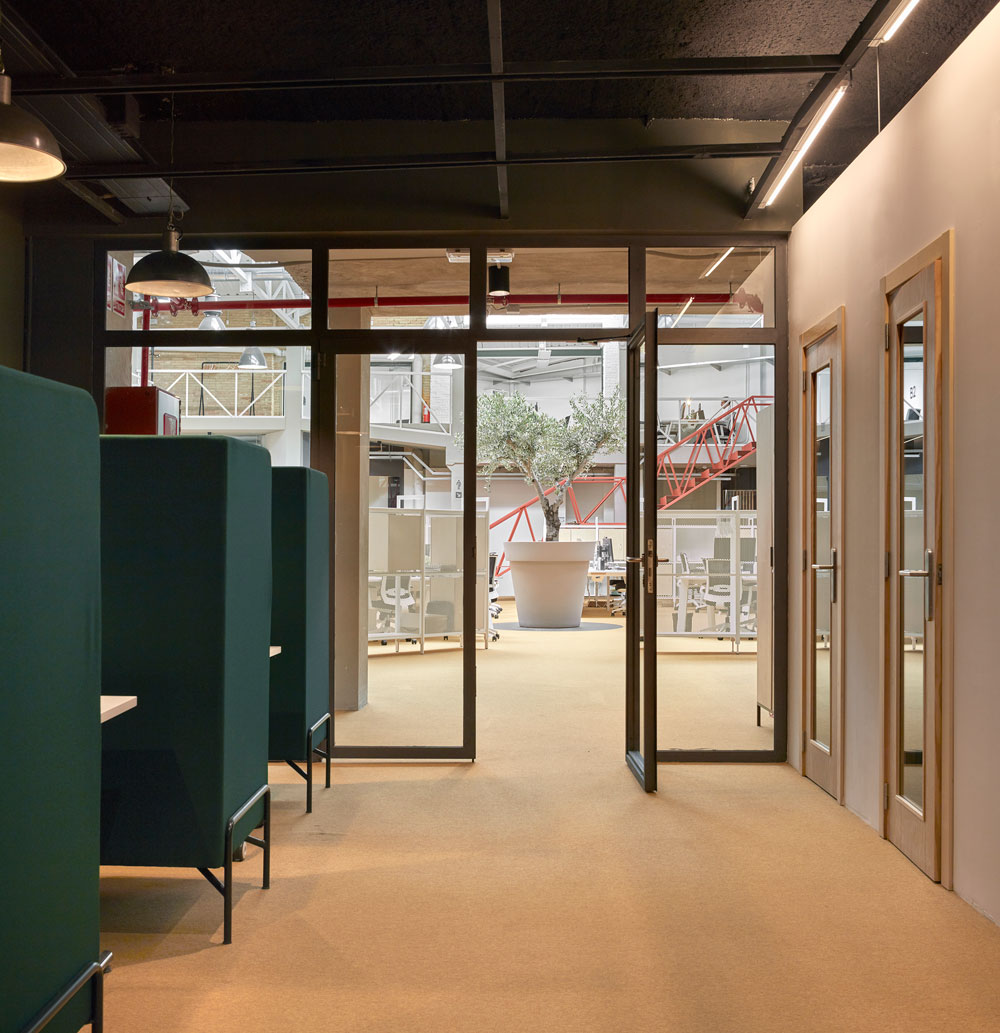 In addition to the large open space, the program for this new phase incorporates a series of private offices of various sizes, as well as meeting and videoconferencing rooms. Furthermore, this intervention places great emphasis on offering various solutions for privacy and disconnecting, compensating for the overexposure of the central space. It is as desirable to work in open spaces, as it is necessary to retreat and find a little privacy throughout the day. Thus, the design incorporates multipurpose spaces like the Crisol room, treated as if it were a large living room; the Cinema room, a space to take a nap or play ping pong; and a series of nooks equipped with sofas, armchairs, benches, etc. that offer different ways of interacting (or switching off). 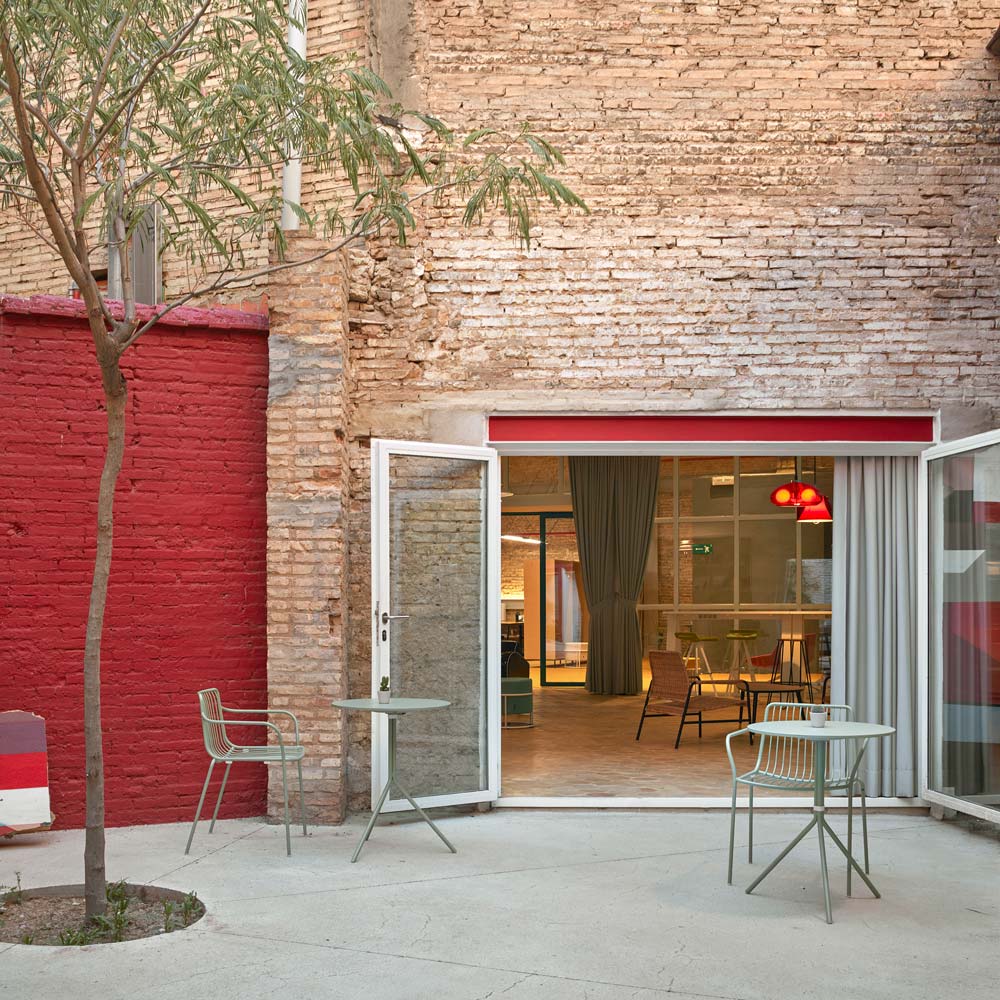 The basic operations to requalify the new co-working space consisted in removing the drop ceilings and building services that encroached on the space, eliminating unnecessary divisions and strategically opening a series of skylights in the existing industrial roof, so that natural light plays the other leading role in the workspace. 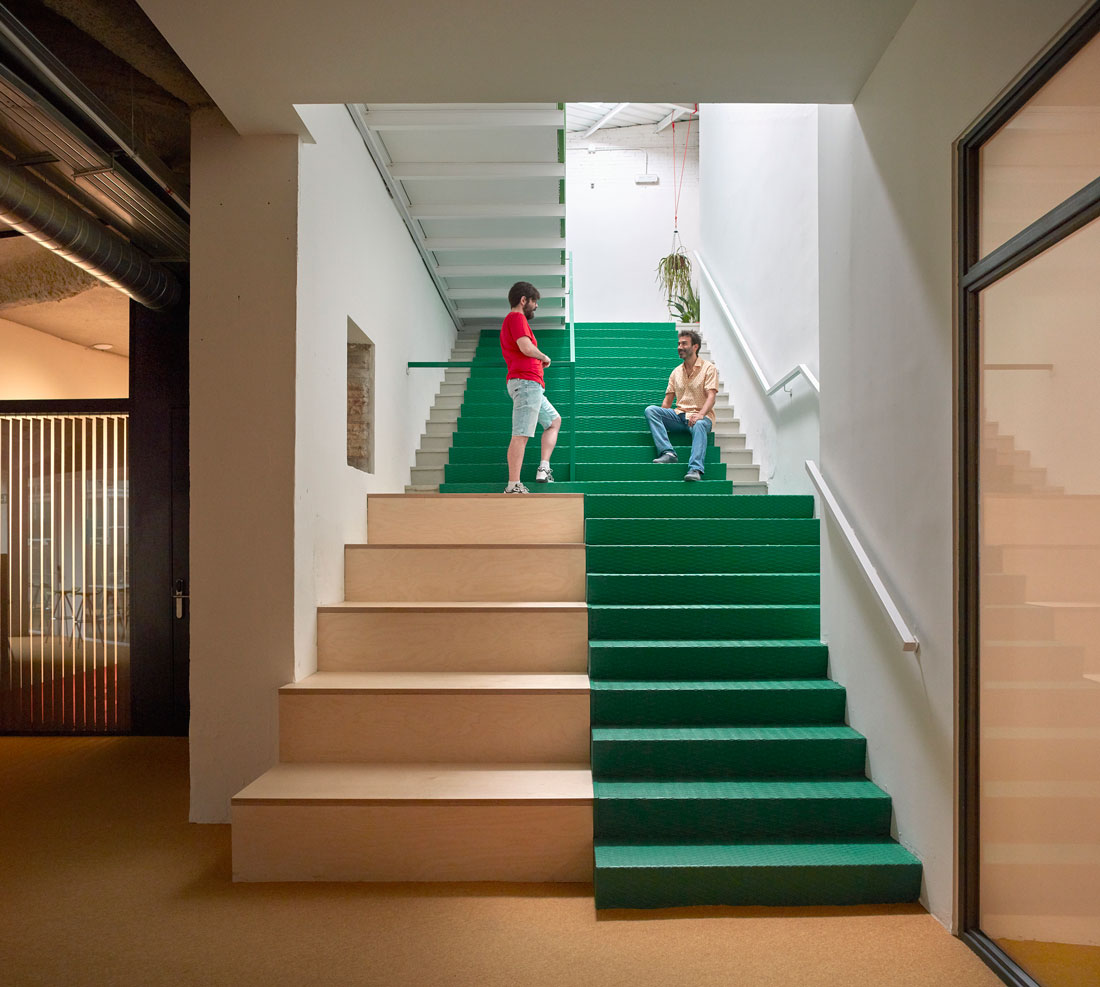 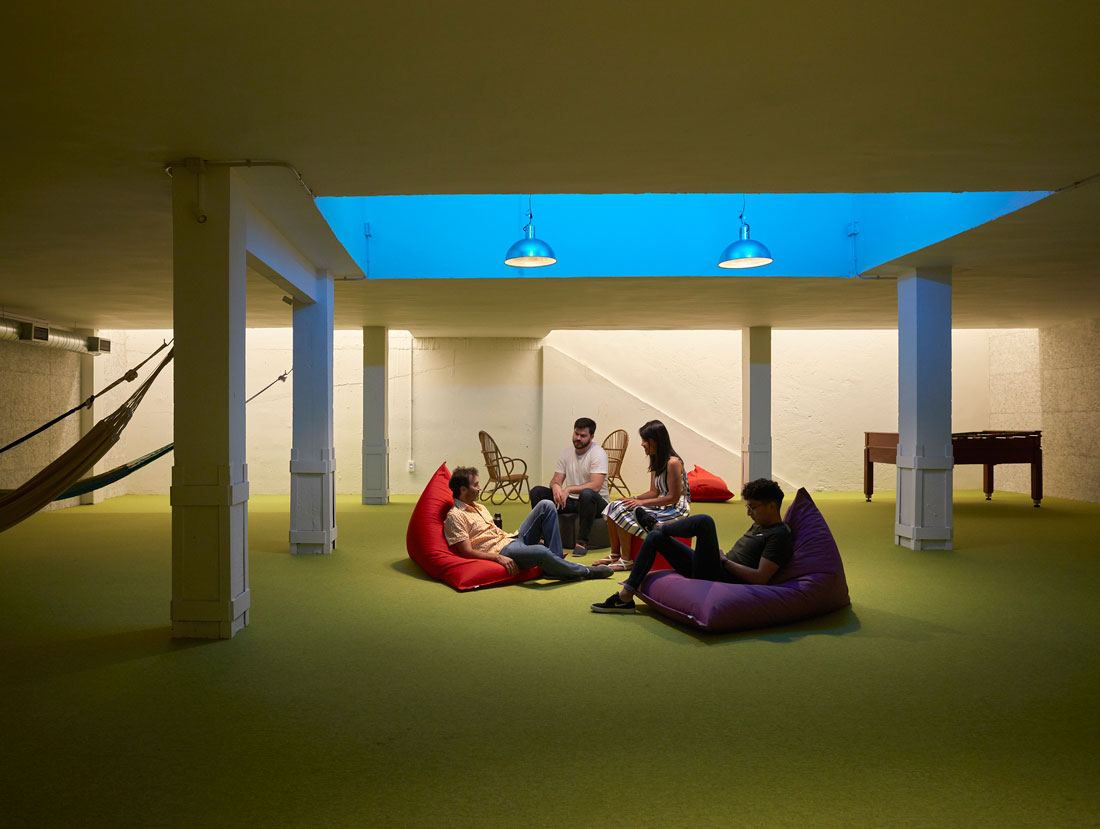 As in the first phase, the damaged plaster was removed and the brick was left visible, offering warmth, solidity and a sense of history. An orange carpet covers the ground floor, mitigating noise and giving it personality. A series of bookshelves run around the central working area, isolating it from the circulation areas and tapping into another recurring idea in the design, the bookstore. A retractable canopy in the main skylight regulates the amount of sunlight according to the season. 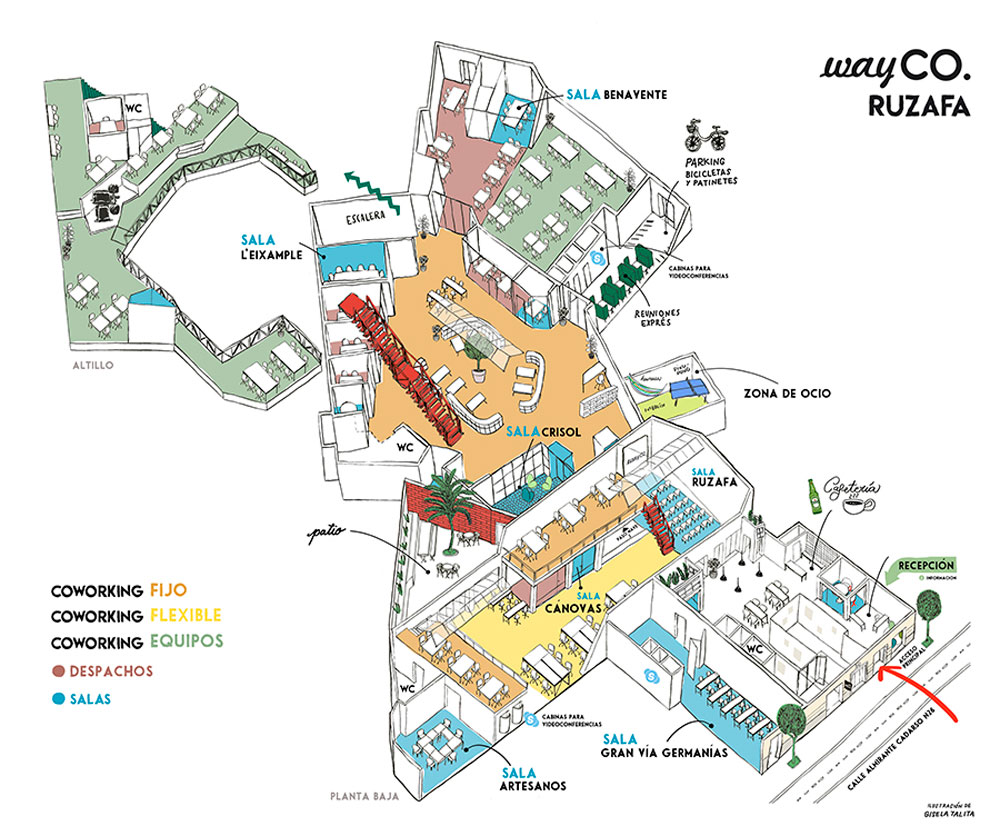 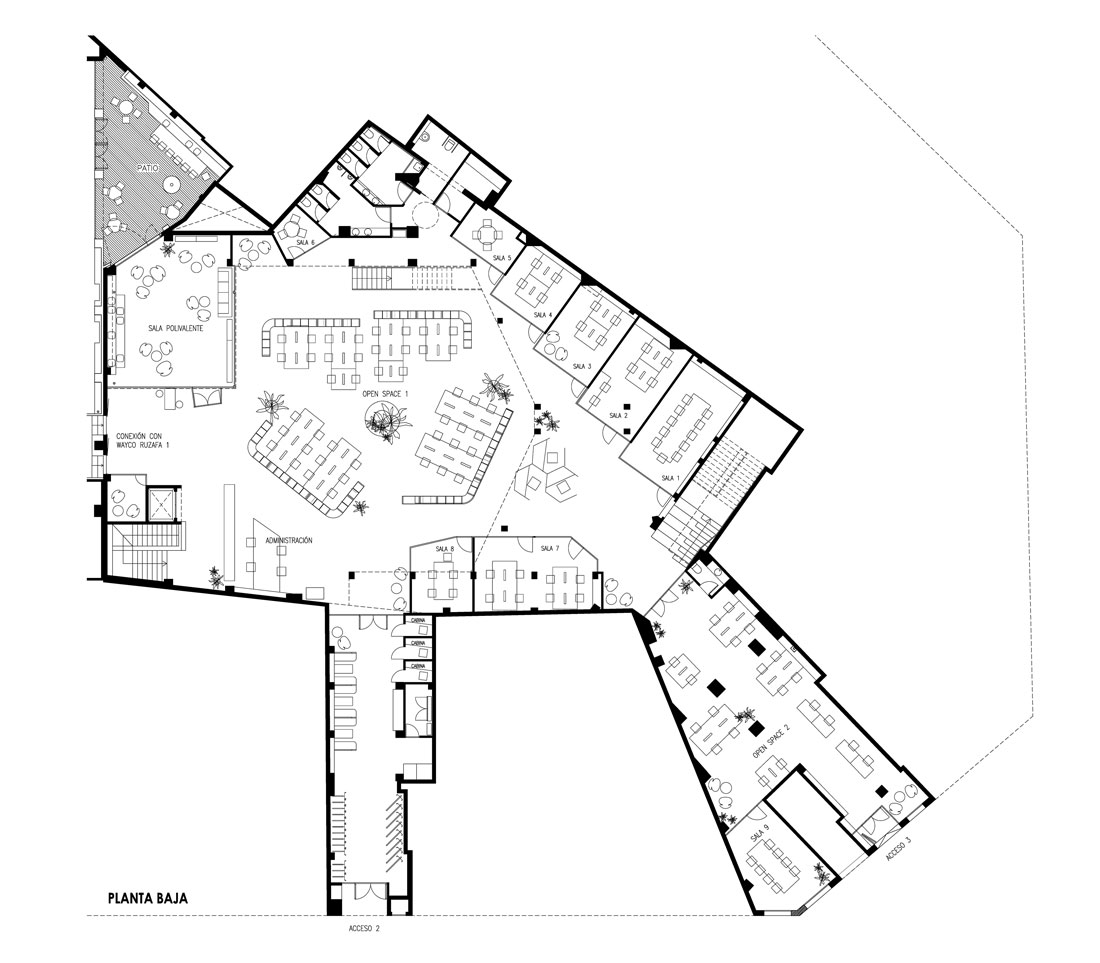 « Slow Offices in Sant Cugat: Urban Frictions and Health and Climate
How to Structure the Workplace after COVID »