Wasteland. From Waste to Architecture

Imagine a world with no resource scarcity.
A world where our consumption, production, and buildings do not negatively impact our climate.
A world where waste does not exist and economic growth and sustainability are each other’s prerequisites – not opposites.

That world is real. 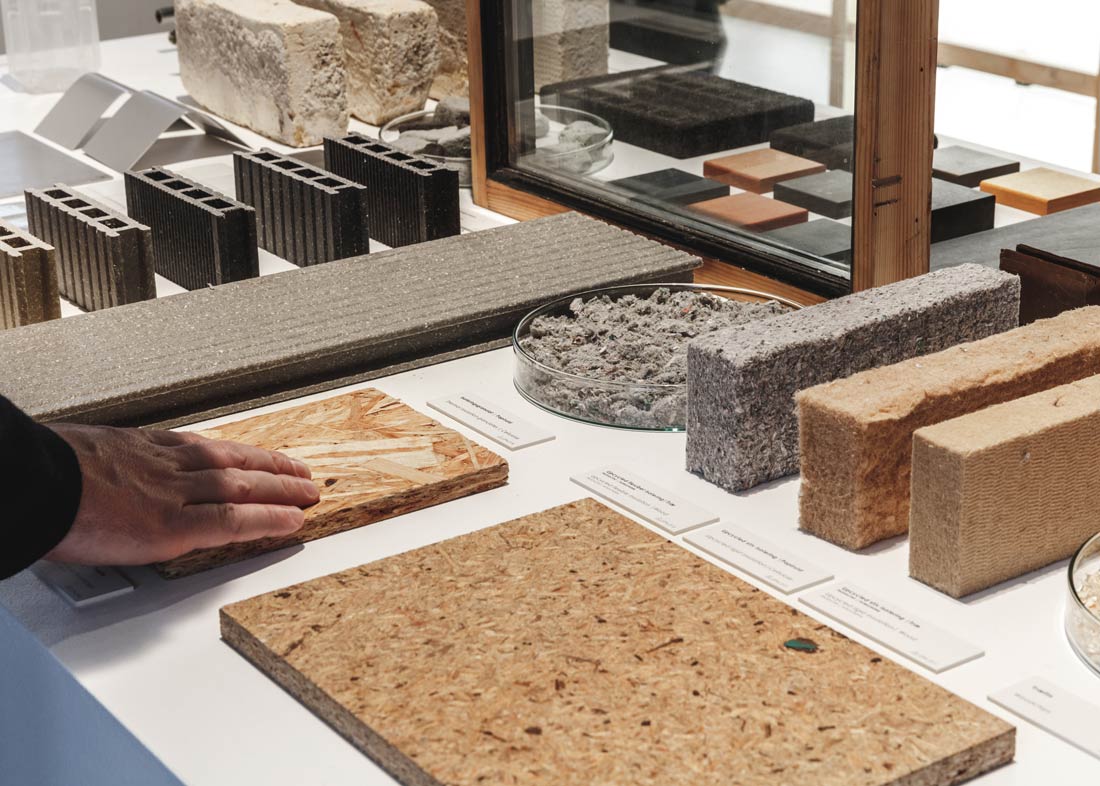 My name is Anders Lendager. I am the founder of Lendager Group, a company where sustainability and growth are each other’s prerequisites.
Modern cities stand as proof of mankind’s great achievements. Raised, renovated and expanded in a time of seemingly infinite resources and production possibilities. Old and natural has been replaced with new and artificial – and what used to be local is now global.

At what cost?
The built environment has left an enormous ecological footprint responsible for 40% of global carbon emissions alone, while natural resources are becoming increasingly scarce.
It doesn’t have to be that way.
In fact, together we can reach for the stars and recycle our resources to the highest value possible, making sure that our buildings become part of the solution to our global challenges – not the problem as they are today. 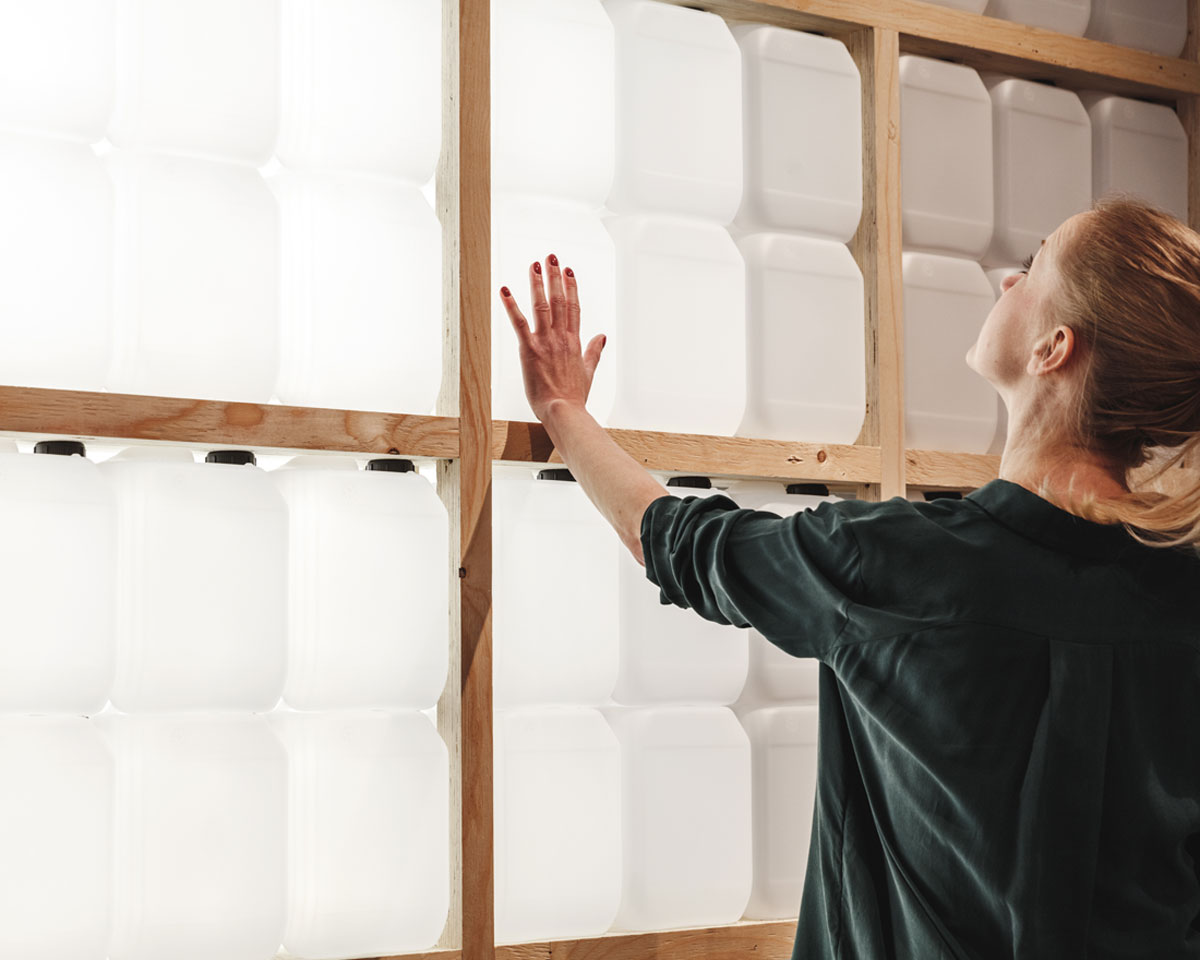 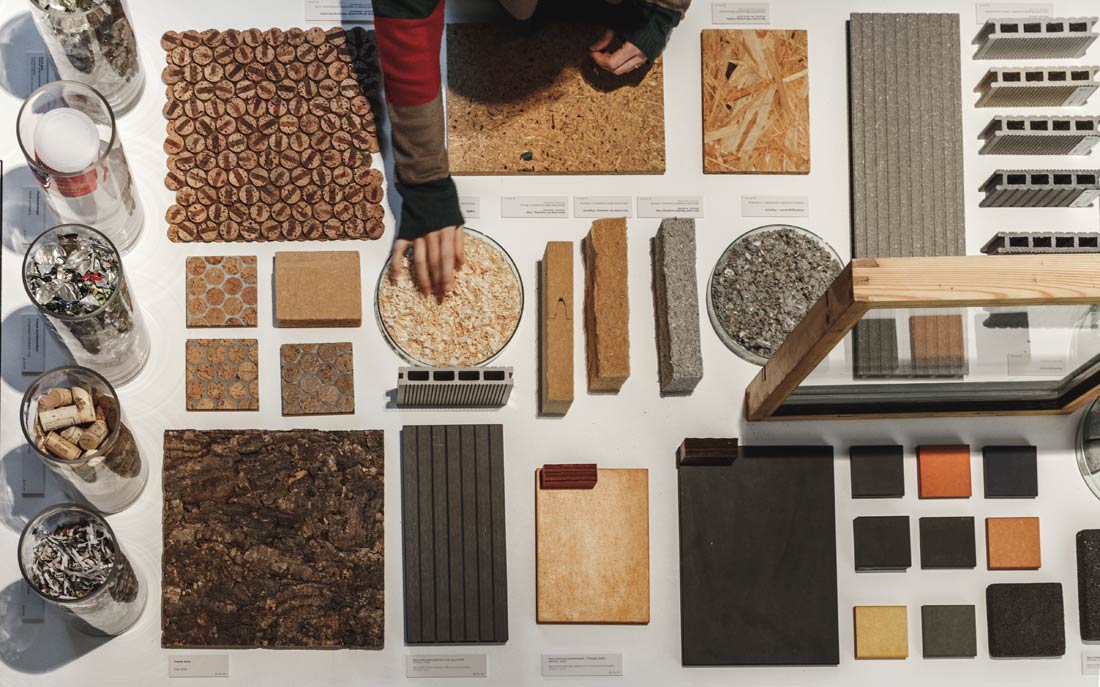 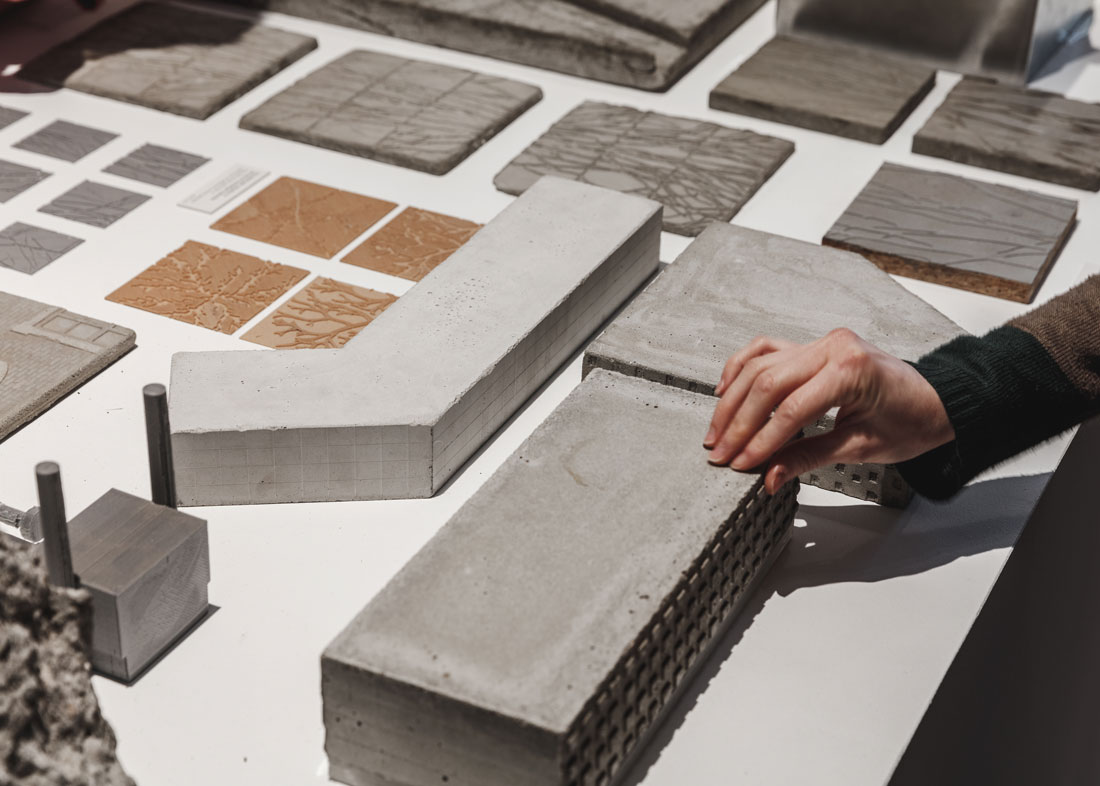 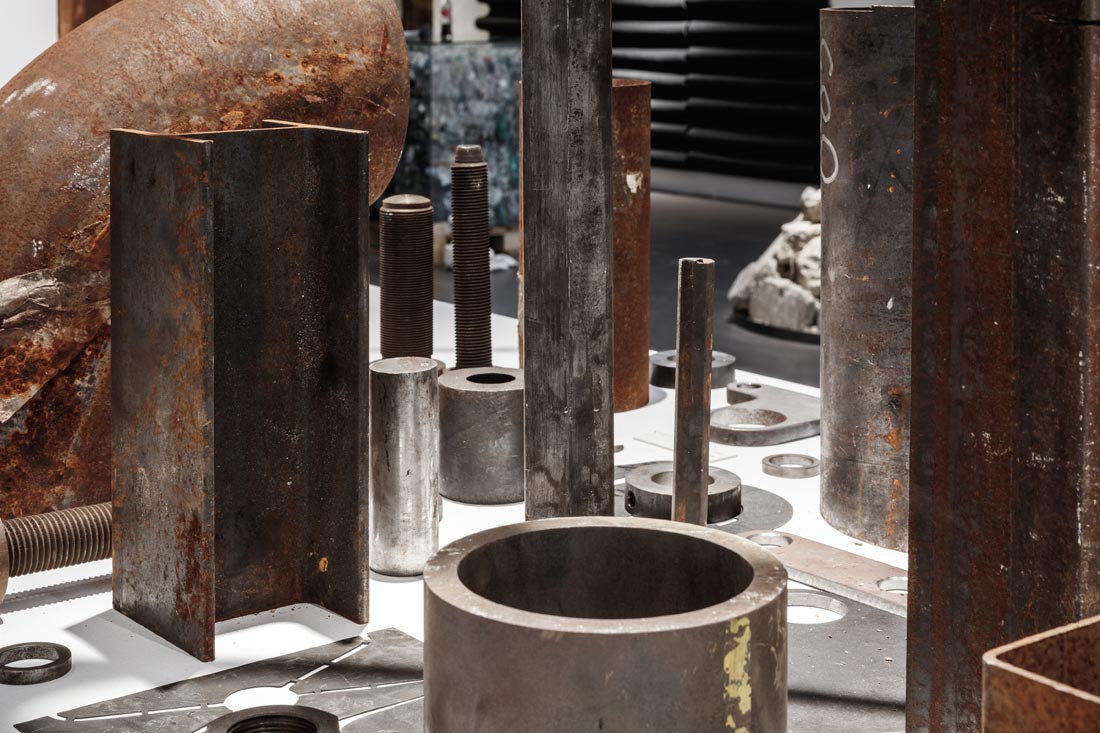 Let me give you one example. Upcycle House is an ordinary house built for the modern family. It is functional, beautiful and priced according to benchmark. The only thing separating it from a regular house is the fact that we built it based on the principle that waste is more. Using only upcycled materials without compromising on price, aesthetics or functionality we managed to produce 86% less CO2 in its construction. And on top of that, we made it energy-neutral.

Now try to imagine how much we could cut down our total CO2 emissions if we reached for the stars and employed the principles of circular economy in manufacturing and the built environment on a global scale. In OECD countries alone it would mean a reduction of 479 thousand tons of CO2; that is more than twelve times the amount of Denmark’s total emissions.
All it takes is a change of mindset. In Wasteland, our sustainable world of tomorrow, we show you ours.
We see the built environment as part of the solution. Through innovation and interdisciplinary collaboration buildings and cities can help mitigate the massive global climate challenges we are facing.

The world is full of building materials – concrete, brick, wood, plastic, glass and metal – that can be recirculated and become new materials with new functions and increased value, over and over again. In that way, local is global. The resources we need are already available. There is no need for the extensive use of virgin materials transported from afar.
Looking at waste as a resource changes the game for good. And can I let you in on a secret? It’s good business. In fact, it is an opportunity of a lifetime for our society. We can cater to the growing demand decoupled from materialization by circulating resources instead of just throwing valuable resources away, as we do today. So let’s be smart and start creating cities and buildings that utilize and value all their resources whether it be nature, culture, people, energy or all the materials we currently throw away as waste. Because doing so enables us to create cities and buildings that enhance biodiversity and sustainable growth and improve the quality of life for our growing population – making buildings and cities a part of the solution.

We hope you will join us on the journey towards a sustainable, prosperous future for all.

Welcome to Wasteland, where waste is transformed into wealth. 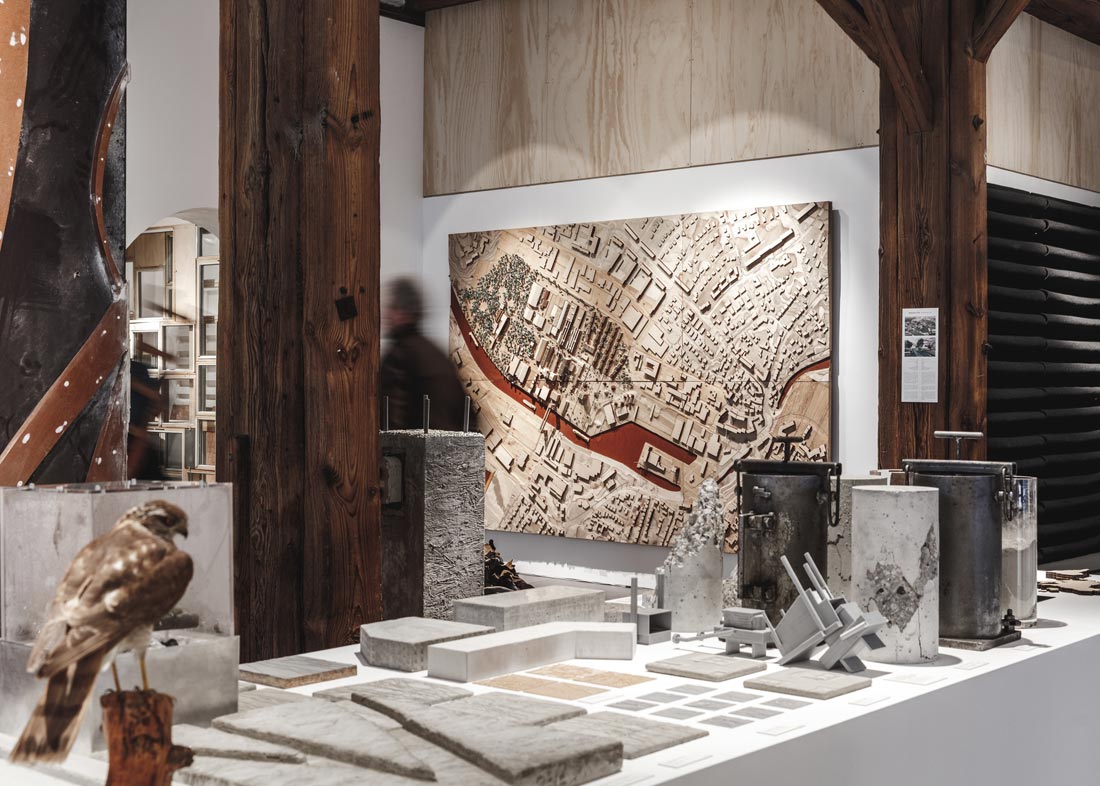 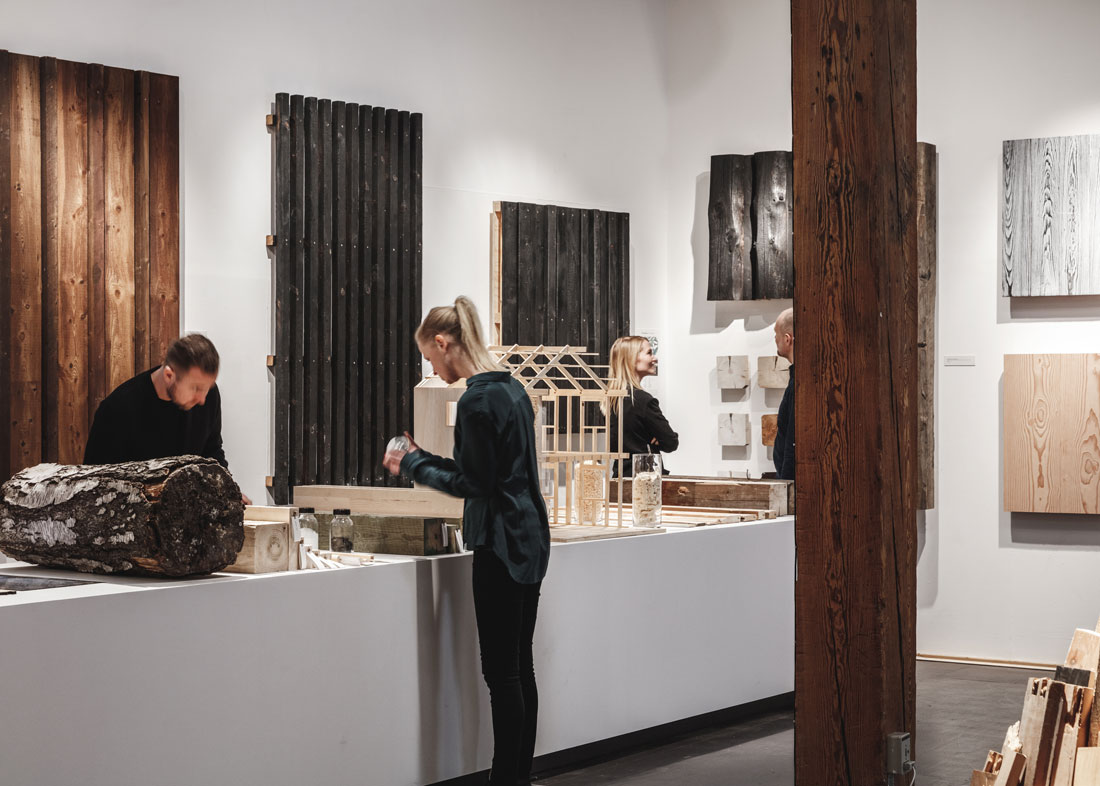 On January 26, 2017 Danish Architecture Center in Copenhagen (DAC) opened Lendager Group’s exhibition Wasteland – from waste to architecture.
The exhibition takes its point of departure from current global and local challenges, including the fact that global population is currently growing by 5 school classes per minute, or 1 packed metro train every 2 minutes, or an entire village with 10,000 inhabitants per hour. In other words, three times a day the number of people equivalent to a full Old Trafford Stadium – home of the Manchester United Football Club with seating for 75,769 spectators – is added to the world population. It is estimated that the world population increased by 83 million people in 2016 alone – just slightly less than the population of Germany and Panama combined. The total world population will rise to 9.7 billion by 2050.
It is estimated that by 2030, five billion of those people will live in cities, and by 2050 two-thirds of all people will be living in urban areas. This accelerates the demand for housing and puts pressure on cities. Obviously, this is a global challenge, but at the same time it could be an opportunity. Right now, the built environment accounts for a large share of global CO2 emissions and resource and energy consumption. Specifically, the construction industry accounts for 40 percent of the global energy consumption and 1/3 of total global CO2 emissions.

This is obviously not sustainable, but as an industry we have two options: we either accept the facts and try to ignore the problem for as long as possible, or we choose to see the unique opportunity of the crucial role we can play in creating a sustainable world where urbanization, urban space and housing play an essential part in the solution rather than being part of the problem.
Lendager Group has chosen the latter, and thus Wasteland will be displaying selected projects in which architectural concepts help solve some of the global challenges facing the world. 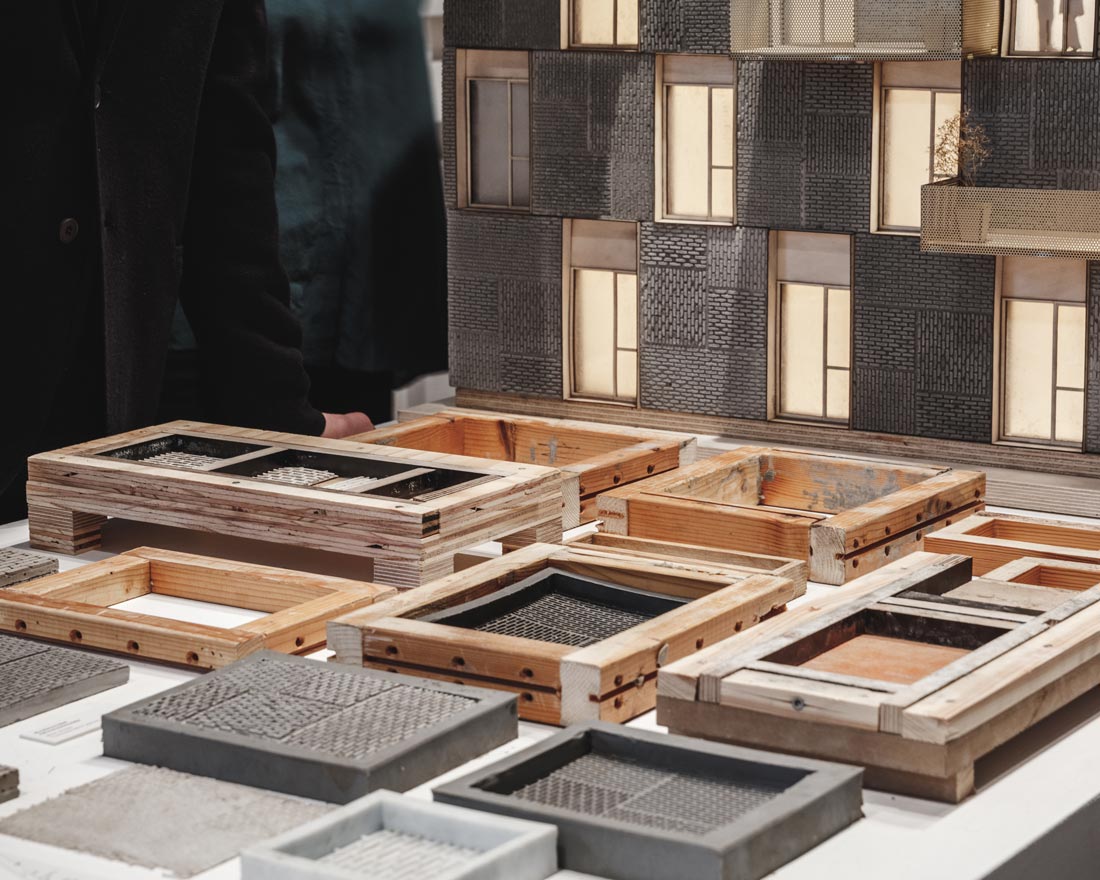 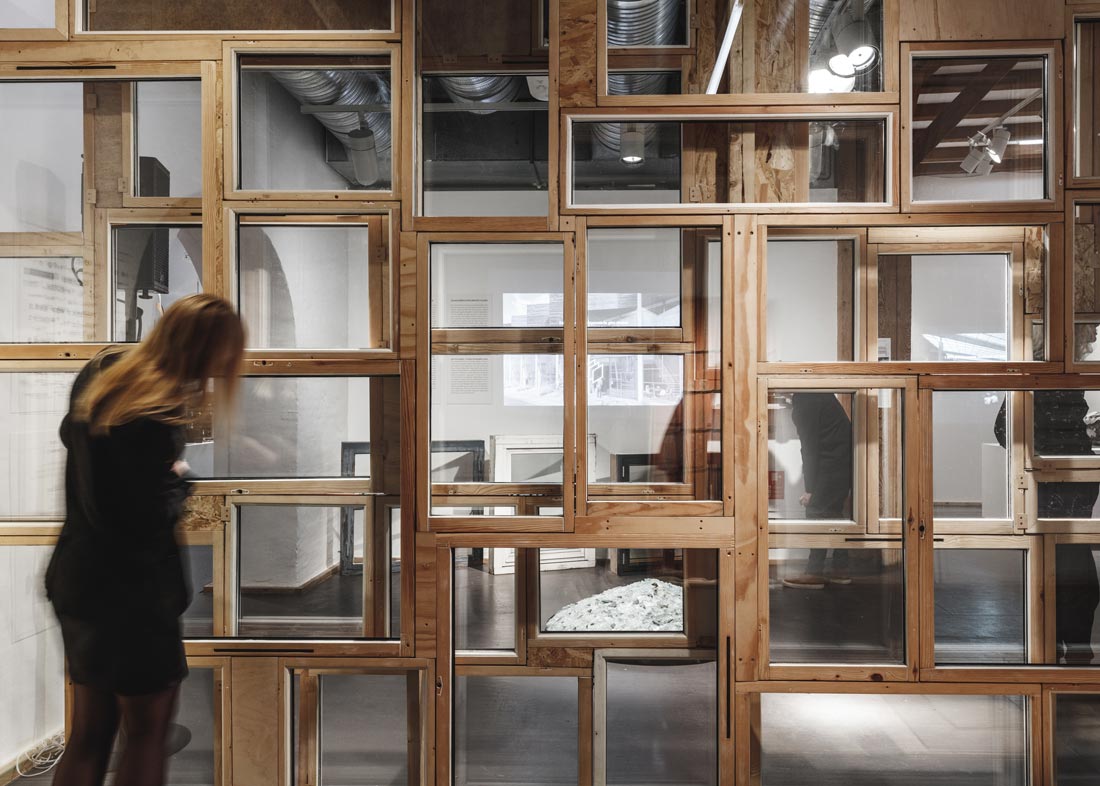 The exhibition takes its point of departure from the change society is facing, namely the transition towards a sustainable approach to design, production and consumption. It is a transition that involves a fundamental change regarding the concepts of “raw materials” and “waste”. It is a transition that requires architects, manufacturers, demolishers, urban planners and consultants to elaborate on the consequences of the way we think about products, buildings and cities in the future.
This change has become urgent because of the global increase in consumption. With Western countries in the lead, a “throw-away society” has developed and the utilization of resources has escalated dramatically since the postwar period. Industrialization and globalization have created the phenomena of waste and pollution, which are generated in enormous volumes with major environmental, economic and human consequences as a result.
In Denmark alone 11.74 million tons of waste are produced each year, of which the construction sector accounts for one third. At the same time, the demand for building materials is accelerating globally. What if waste was regarded as our greatest untapped resource, which could be employed in the production of new buildings and modern urban development? 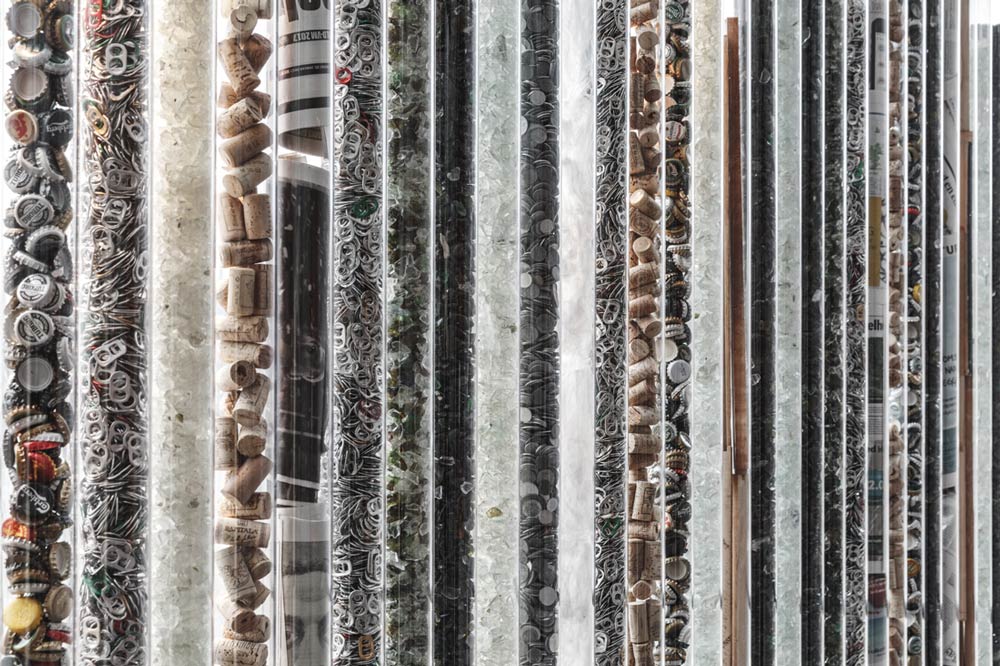 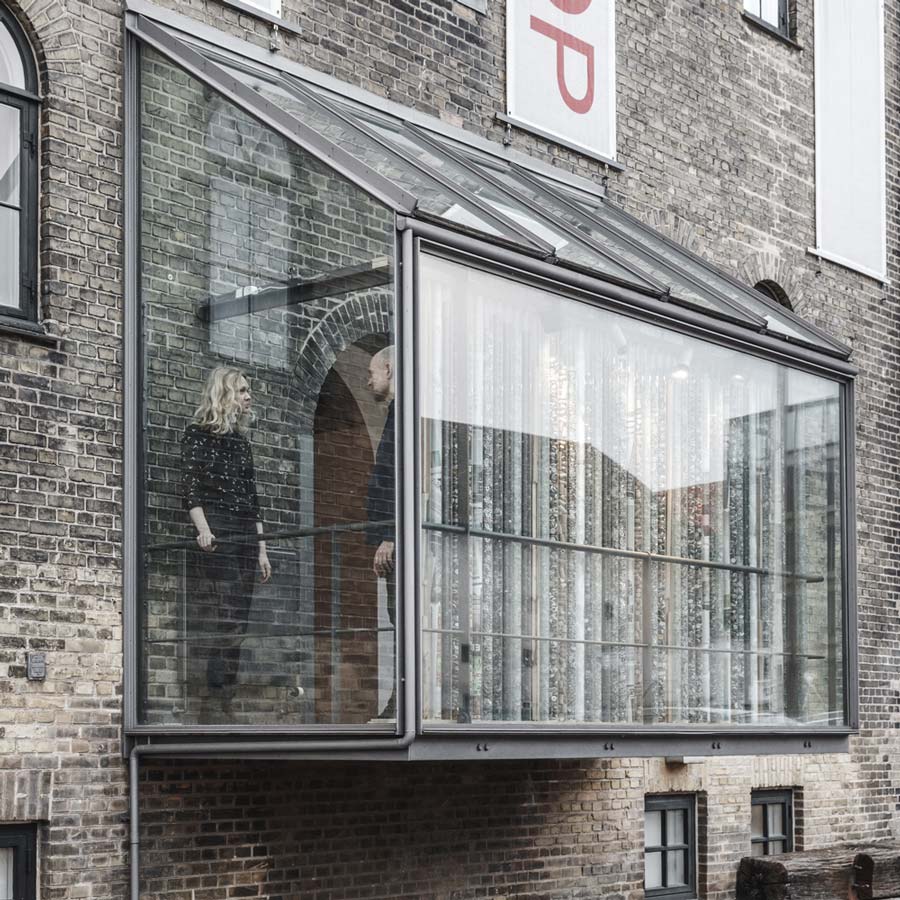 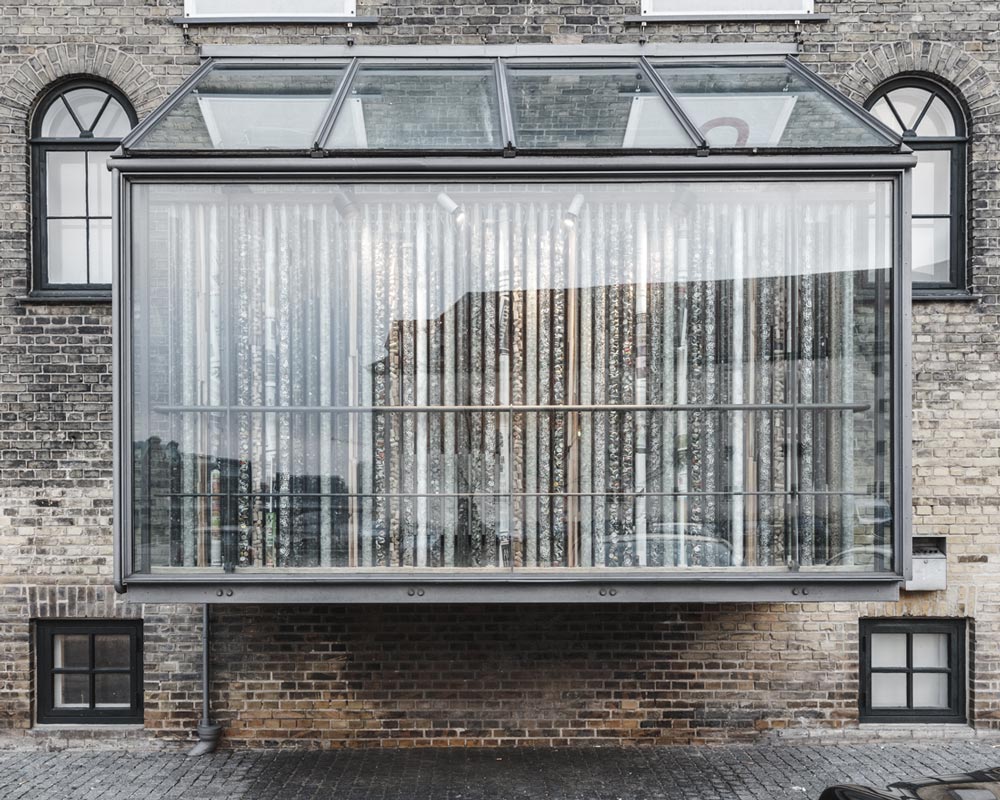 With the exhibition Wasteland Lendager Group showcases the not-so-distant reality where residue and waste are no longer seen as something to dispose of, but as the primary building materials in the development of our cities, homes and communities.
Wasteland poses the questions: what if the resources which we consider to be discarded, could be included in the circuit and create beautiful products, houses and cities? What if waste was our largest potential resource?
Wasteland displays existing examples of such a world and points the way for future growth and synergy between design, production, consumption and resources. Building façades made of old newspapers, floors made for cork stoppers and houses slated for demolition being moved from abandoned regions to big cities are just some examples of the paradigm shift in the built environment. Aesthetics is at the center as new design principles result in beautiful, modern, detail-rich buildings and cities.
The exhibition is based on materials we all know – namely, plastic, wood, concrete, brick, glass and metal. We follow them closely in the transformation process from residue into valuable resources of high architectural and aesthetic quality. Our hope is that this exhibition will contribute to a new understanding of waste as a valuable resource in the development of our common future.
Wasteland was on exhibit at the Danish Architecture Center from 26 January to 17 April 2017.