The Trump administration, in its refusal to recognize climate change as an eminent threat to the planet, is forging a full-fledged assault on the environment. Ecological policies, decades-in-the-making and their respective regulating agencies, are at risk of vanishing. Nearing a 100 days in office, the White House has launched countless anti-environmental actions, amongst which are those that will most likely completely dismantle the Environmental Protection Agency, expand mining, drilling, and logging on public lands, and derail former president Barak Obama’s hard-won progress towards climate change mitigation (including withdrawing and rewriting the U.S. commitment to the 2015 United Nations Paris Agreement, and the Clean Power Plan amongst others). Against this sinister backdrop, there has been an explosion of environmental activists and organizations which are joining forces with social justice groups to wage a counterattack. Their union underscores a belief that the forces looming over the environment are the same that engender social, racial and economic inequality. It explains why veterans and the Black Lives Matter network stand in solidarity with Native Americans to protect rights to clean water and clean air. A remarkable surge of grassroots energy has given groups such as Greenpeace and 350.org a stronger voice than the more traditional environmental advocacy groups, such as the Natural Resources Defense Council and Environmental Defense Fund. Attending their protest marches is invigorating; yet as part of the design world there is a need to do more. Now more than ever, landscape architects and urbanists must develop projects that address social and environmental justice, despite – or because of – the stripping away of protections to the planet and its valuable resources. 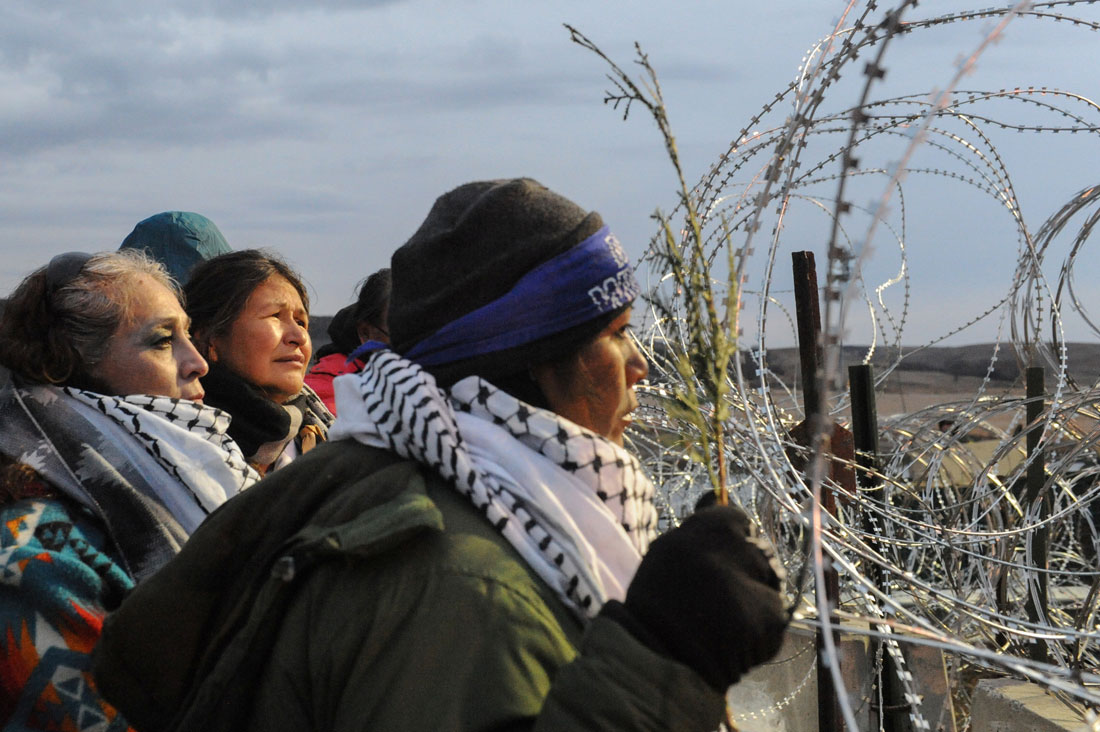 Women hold a prayer ceremony on Backwater Bridge during a protest against plans to pass the Dakota Access Pipeline, by Stephanie Keith.

« Kinokuniya
Urbanism After Extraction: Housing, Landscape and Infrastructure of the Katowice Agglomeration, Poland »